Hohenloher Kunststofftechnik is another name for expertise in wire inmoulding. Its product diversity depends on high-quality toolmaking. 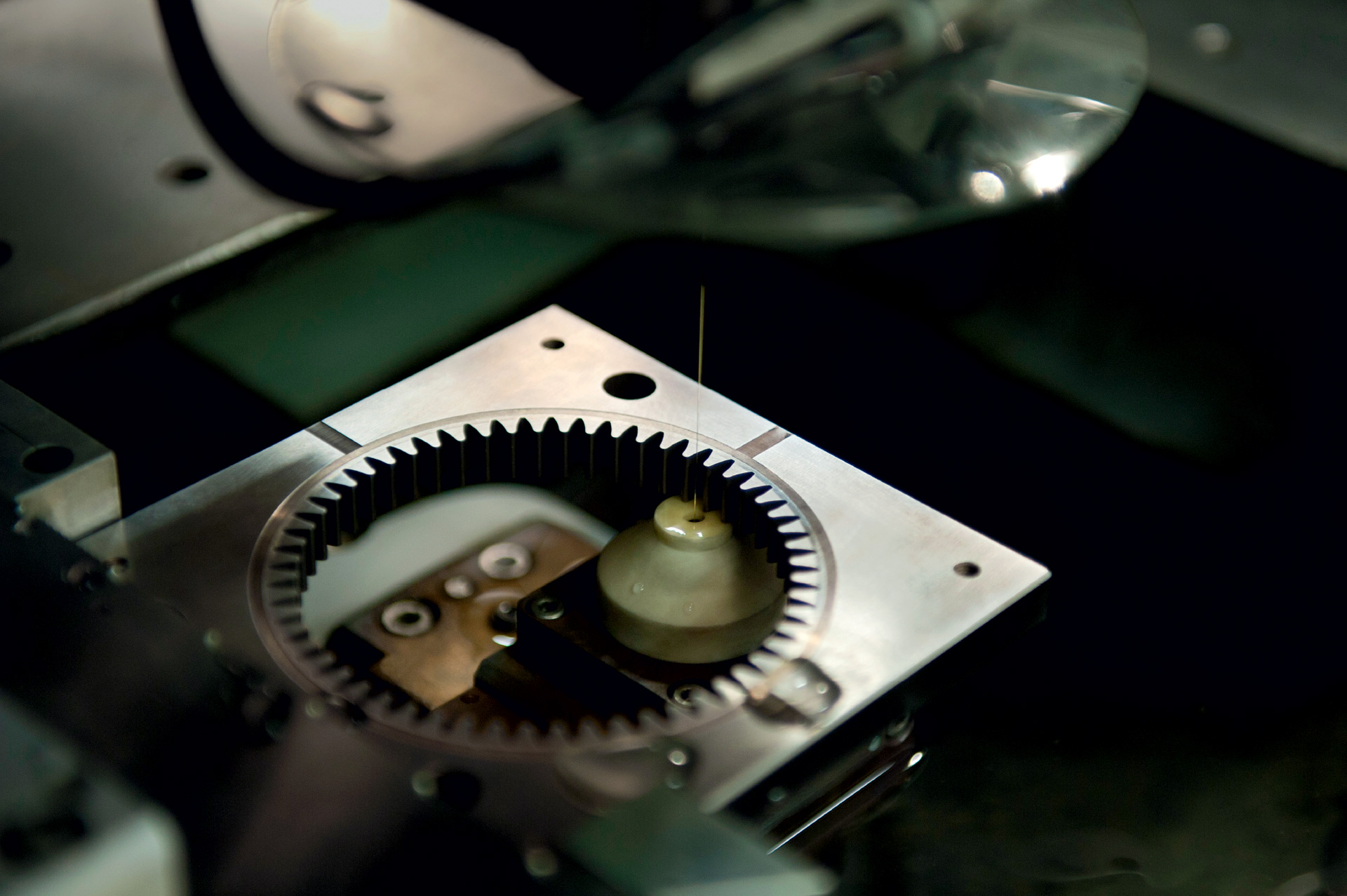 Hohenloher Kunststofftechnik is another name for expertise in wire inmoulding. Its product diversity depends on high-quality toolmaking.

Hohenloher Kunststofftechnik GmbH & Co. KG has been a quality-oriented supplier of industrial thermoplastic and thermoset parts since 1952. Under the management of Michael Baum, the Öhringen-based company of Prince Kraft zu Hohenlohe Öhringen concentrates today on its strengths in plastics processing and is at pains to consistently extend manufacturing depth. With its almost 60 employees, HKT aims in this way to become more independent and flexible and boost value added in production. In the toolmaking sector, these steps have already been taken, with a wire EDM machine from Mitsubishi Electric being installed in 2009. 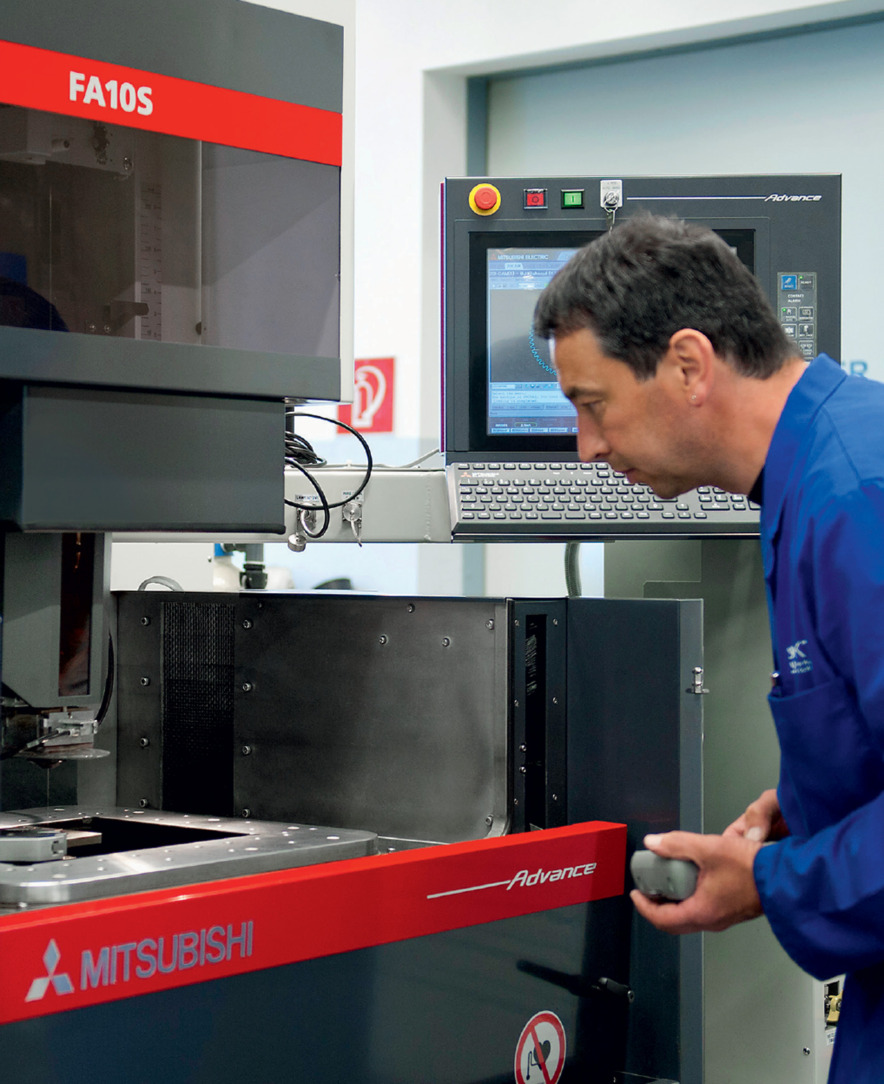 Before installation of the FA10-S Advance, ­Mitsubishi Electric carried out extensive training so that HKT could start production without delay.

“It’s our goal to perform as many tasks as possible ourselves,” says manager Michael Baum, describing HKT’s policy. The principle is insourcing rather than outsourcing. The company is already a force to be reckoned with in the field of wire and pin inmoulding. These highly specialised industrial thermoplas-
tic and thermoset parts can be found in virtually all sectors of industry where electronics is a prominent feature. Along with the classical electronics industry, HKT also serves the automotive industry and medical technology, to mention just three examples. 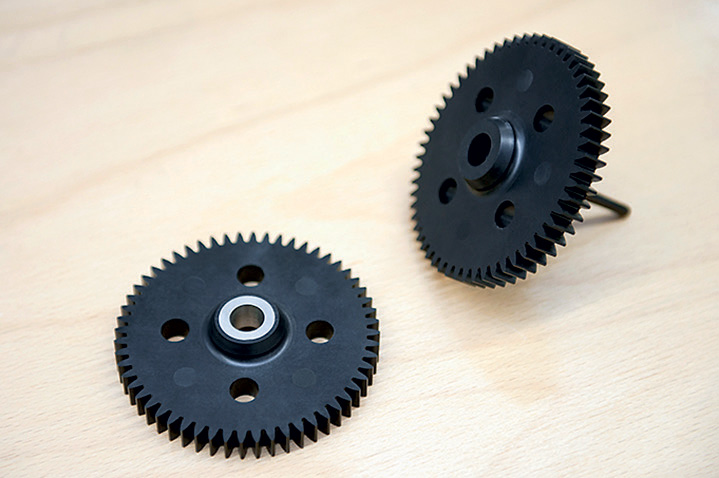 The FA10-S Advance cuts tool components­ of different kinds – in this case a gearwheel mould. The picture shows the finished injection-moulded plastic gearwheel. 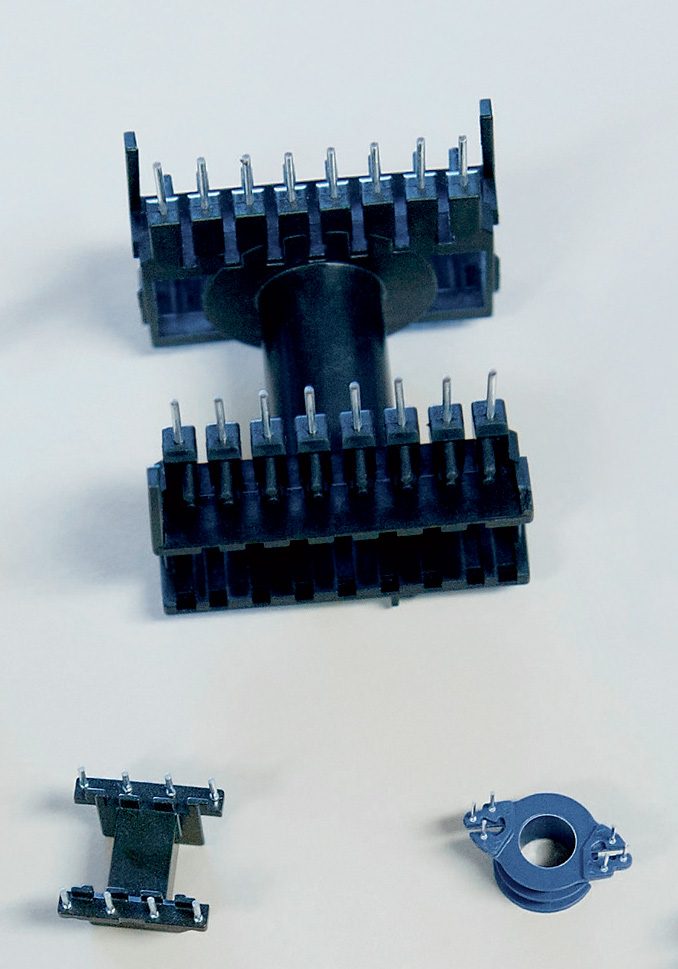 HKT’s diversified products are used in all sectors of industry where electronics is a prominent feature.

“Mitsubishi Electric’s support made a lasting impression on us.”

HKT has many reasons for pursuing its insourcing policy mentioned above, as Michael Baum explains: “First of all, we want to strengthen our independence and become more flexible. In addition, we also want to thus boost our valued added.” His aim with the company is to achieve maximum manufacturing depth. “To this end we shall gradually increase our production area as well as our work-force,” says the manager, outlining his medium- and long-term plans.

The increase in staffing is made possible by consistent initial and further training. “Highly skilled staff are difficult to find in our sector,” says Michael Baum. “That’s why we take the matter into our own hands.” This commitment is tangible, with over ten per cent of employees undergoing initial training. As far as the expansion of production is concerned, a portion of the extended space already benefits toolmaking, where the company went new ways in terms of machinery in 2009 – with a wire erosion machine from Mitsubishi Electric.

Wire EDM as a key technology

Michael Baum has no doubts about the importance of wire-cutting. “Our tools have a very high degree of segmentation. A wire-cut EDM machine is absolutely ideal for us and our way of building complex tools,” he says, giving insight into their approach. The machine they chose is an FA10-S Advance, because the popular model from the Japanese manufacturer fitted perfectly into the reorganised toolshop. The graduate engineer is appreciative not only of the machine parame­ters: “The equipment is just what we were looking for. In the end, however, it was the overall package that tilted the ­balance.”

In Michael Baum’s view, the overall package includes not only the high-performance machine but also outstanding service. “Mitsubishi Electric’s competence during initial consultations as well as during training and in recurring support made a lasting impression on us,” the manager recalls. The attractive price also contributed to the purchase decision. The training in the use of the control and of the machine was carried out by Mitsubishi Electric before machine installation, which meant that toolmaking got started at about the same time as production.

Thanks to the FA10-S Advance, the toolshop is now capable of much more than before. While the toolshop used to only handle tool repairs, the wire EDM machine now enables HKT to build entire tools as well. Michael Baum also stresses quality as a factor: “Many tool components call for a level of precision and surface quality that can only be attained with wire erosion – and cost-effectively at the same time.”

With production benefiting from improved flexibility and higher value added,
Michael Baum looks ahead: “Our growth goals can only be achieved with consistent ongoing development in the company.” In other words, innovation is writ large at HKT. “This is just as crucial in our sector as in others and is ultimately expected by our customers as well,” the manager adds.

The restructuring of tooling is just one example of the commitment to innovation at HKT. Another example is the continuous optimisation of production processes in the moulding shop. “Wherever possible and sensible in production, we employ robots in order to automate processes,” says Michael Baum explaining the procedure. This boosts productivity and improves efficiency. The measures taken so far have paid off, so Michael Baum sees no need to depart from this policy: “We’ve still got plenty of potential and want to grow to twice the size in the coming years.” 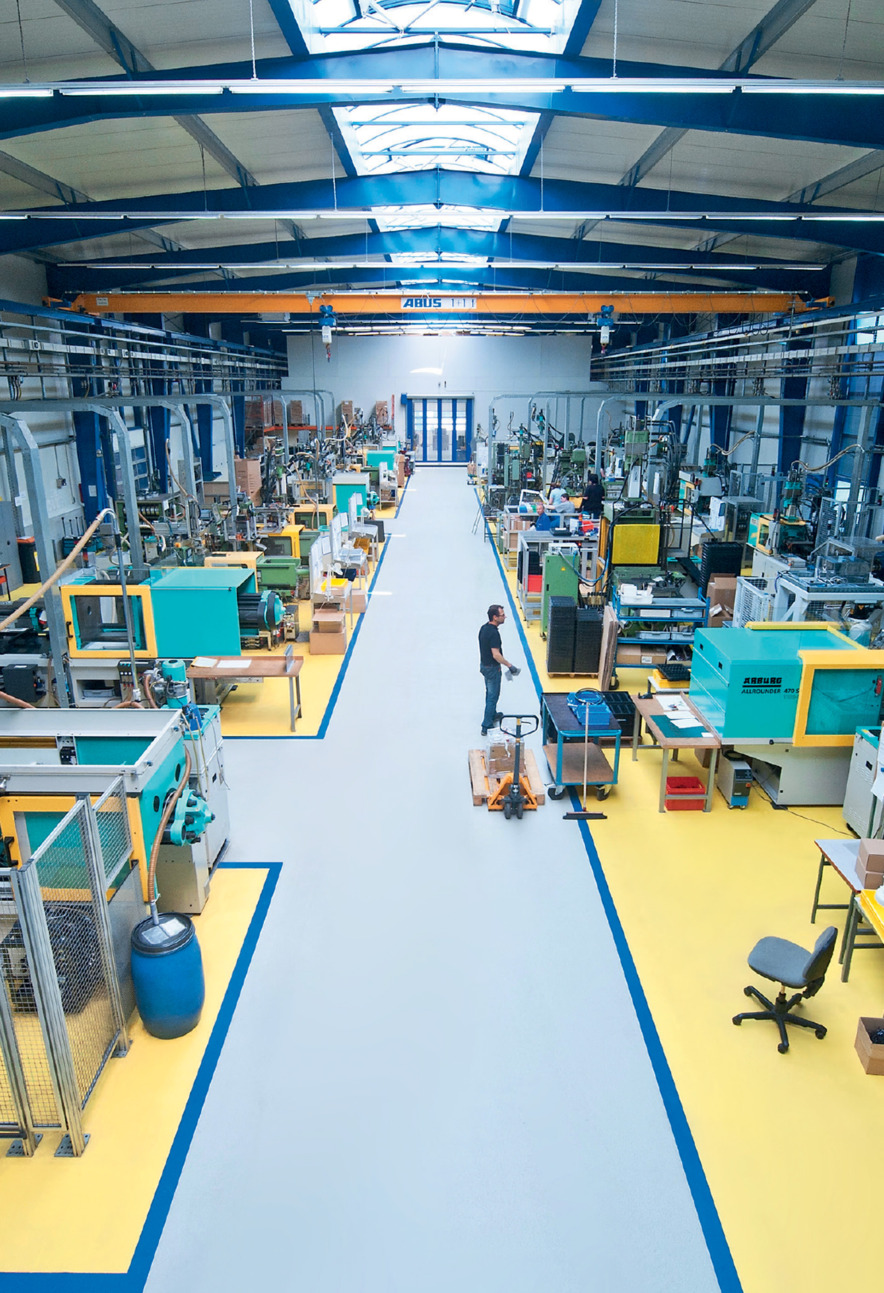 Please describe in a sentence what Hohen­loher Kunststoff­technik does!
We specialise in the high-precision injection-moulding of thermoplastic and thermoset products in combination with wires, pins and metal inmoulding technology.
How did you earn your first money?
As a student in the laboratory for the testing of concrete samples.
What motivates you?
Achieving something every day!
What’s different about how you do things now, compared to five years ago?
We learn from our mistakes and make adjustments faster so that we can continue to pursue our goals.
Where do you see your company in five years?
We aim to continuously and consistently develop personally and technologically and offer the market options in our technology of wire inmoulding in order to grow with it. Expressed in concrete figures, we’d like to see our company double in size within the next five years.
What was your biggest business success?
Restructuring the company.
What’s your favourite way to relax?
After sport, having a good chat over a glass of beer.
What attributes do you value most in other people?
Reliability and trust.
What was the best advice that anyone ever gave you?
Go your own way and listen to your inner voice!
How would you briefly describe what you do to someone with no technical knowledge?
Imagine casting shapes in lead, but using plastic instead. 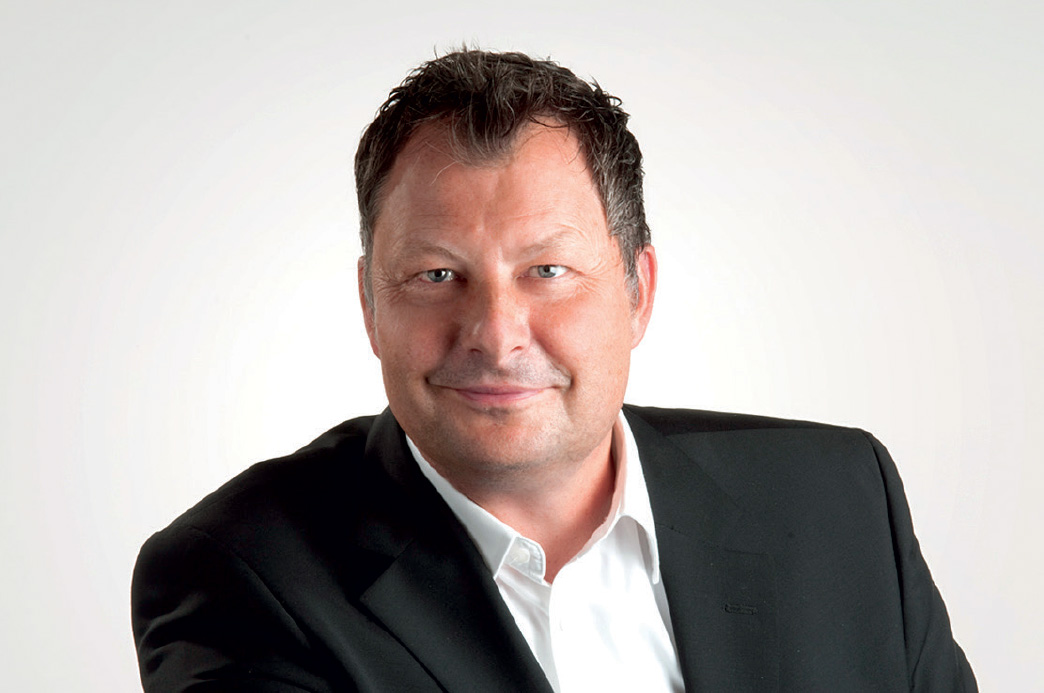