Tooth for tooth geared for success

The proverbial precision of Black Forest clocks also applies to the products of Neugart in Kippenheim in Baden. 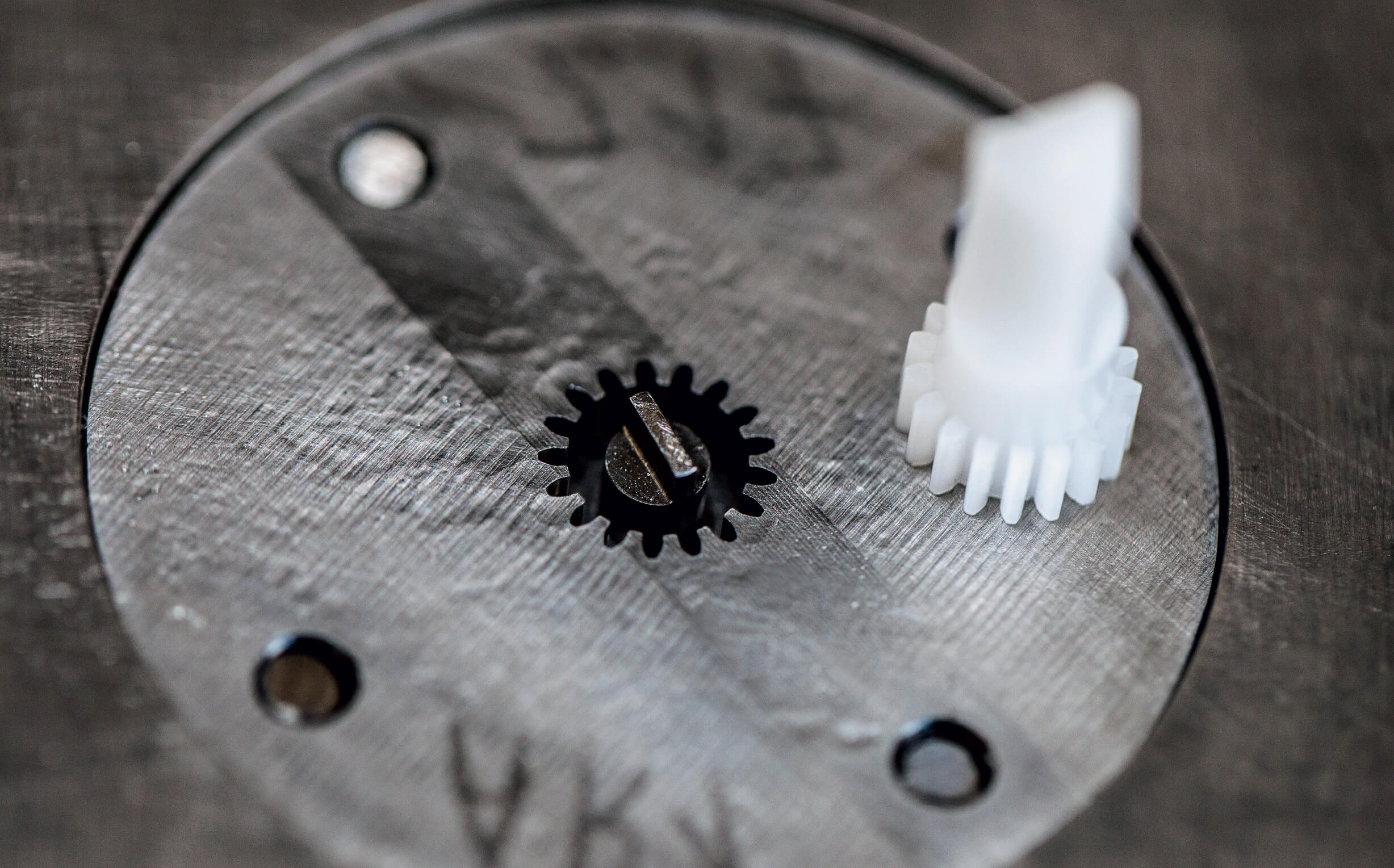 Tooth for tooth geared for success

The proverbial precision of Black Forest clocks also applies to the products of Neugart in Kippenheim in Baden.

“For wire-cutting, the gear manufacturer trusts in the new MV 2400 R Grand Tubular from Mitsubishi Electric.”

Clocks made of locally sourced wood have been made in the Black Forest for 300 years. Since they were cheaper to build than their more widespread counterparts with metal mechanisms, they became so affordable for ordinary folk that about 600,000 clocks from Black Forest clockmakers were sold in about 1850. At about the same time, the first ­German School of Clockmakers was founded in Furtwangen to train craftsmen and standardise clock sizes and forms. This encouraged quality awareness and exports. Clocks from the Black Forest became a hallmark. With the onset of the Great Depression in the last century, many ­companies in the region were forced to close. And toolmaker Karl Neugart was thus made redundant. However, with enterprise and energy he and a friend founded a small business in 1928 that ­produced gearwheels for the clockmaking industry and tiny components for fine tools. This was the foundation stone for a successful and innovative company that today employs 380 people, has ­subsidiaries in Italy, Brazil, Turkey, the USA, China and France and achieves global sales of roughly EUR 50 million.

In 1943, Neugart bought a residence with a suitable shop for production activities in Kippenheim in Baden. Initially he made vegetable graters and other everyday items that were exchanged for food until the company was able to return its focus to gearwheels. 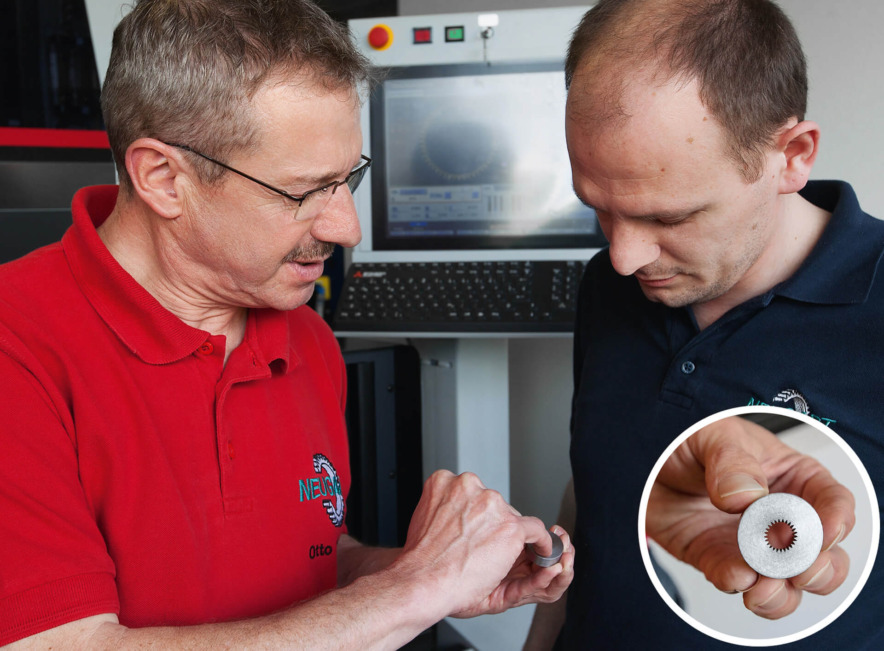 During the period of the Economic Miracle, Neugart produced the mechanism for mantle clocks that could be found in almost every German living room at the time.

The product range also included spring-driven dry razors and mechanical oil level indicators for oil tanks. These were later joined by the first gears machined to the company’s own ­designs. At the end of the Sixties, Neugart’s children Georg and Erika took over the family business. In the meantime, the running of the company has been passed on jointly to grandchildren ­Thomas Herr and Bernd Neugart.

Contributing his experience in motor manufacture to the company, Herr has set the standardisation and quality yardsticks both for economy gears for simple handling tasks and for low-play precision gears. This has given rise to twelve standard series of planetary gears for machine manufacture, automation and medical technology. The company has developed so successfully that it currently sees itself in the global Top Five in terms of market share and innovation leadership. “Quality is our overriding principle, coupled with innovative products and outstanding service,” says Marketing Manager Stefan Füllbrandt, adding, “As you can see, we’re doing very well with this approach.”

Neugart products are known for their ‘fit & forget’ durability and quality. Costs due to product ­defects are negligible. The company generates two thirds of its sales with standard gears in ­different classes of precision and performance, which are market leaders. Neugart benefits here from its high manufacturing depth. Apart from bearings, gaskets, screws and lubricants, all gear components can be produced on site, says ­Füllbrandt.

On the walls of the foyer of the plant are documents showing certification to ISO 9001:2008 and Blue Competence environmental management and an award as a Top 100 small/medium-size company. “We have just been commended by Bosch-Rexroth as a Preferred Supplier. That’s a real boost,” says Füllbrandt. Several strategic partnerships with large automation specialists like B&R, Festo, Baumüller, Bosch-Rexroth and ­Schneider Electric complete the ­picture.

“We’re extremely happy with the quality, precision, flexibility and speed of the machine.”

Precision from the Black Forest

In addition to its planetary gears, Neugart produces various special gears and gearing. “If the customer has special requests in terms of thermal conduction, precision of movement or installation space, we’re able on the basis of our huge wealth of experience to develop the matching ­special gears,” Füllbrandt explains. And it was special gears that brought Neugart and Mitsubishi Electric together. Some special gears have a tooth geometry deviating from the norm. “With wire EDM, we can produce small gearwheels inexpensively and offer the customer any type of ­toothing,” says Otto Hebding, Training and Toolshop Manager at Neugart. “Wire-cutting has now become an ­essential process for us in production. We also use even it for the building of special machines and injection moulds, and particularly for such small gear modules as 0.6 and 0.3.”

The module is the metric unit of gear tooth size and expresses the quotient of the reference diameter and number of teeth. The smaller the module, the smaller the tooth. “When our customers saw what we were capable of pro­ducing, they came along with even more exotic requests,” says Hebding. “This stretched our old CX 20 wire-cutting machine to the limits of its capacity and precision.” The time was ripe for ­investment in a replacement.

“We went straight for the new MV 2400 wire-cutting machine from Mitsubishi Electric and were delighted by the first demonstration, as this machine cuts with extra-fine 0.1 mm wire,” says Hebding. 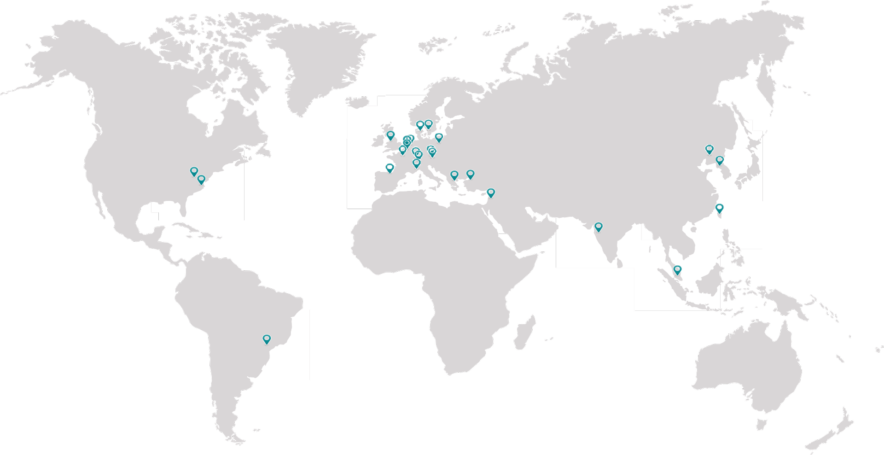 Thanks to its global partners, Neugart is becoming a hallmark of quality beyond the national borders.

“Neugart products are known for their ‘fit & forget’ durability and quality.”

The new machine has been installed in Kippenheim since November 2012 and cuts teeth in form rings for injection moulds.

“We’re extremely happy with the quality, precision, flexibility and speed of the machine. Automatic wire threading is outstanding – even I was surprised. You only have to see how a 0.1 mm wire is threaded back in the kerf after wire breakage – an absolutely trouble-free process”, says Hebding enthusiastically. “There’s often tension in the material, which is why the wire breaks. But even such a wire breakage doesn’t hold up the machine, because with the automatic wire threader it runs for an entire shift practically unmanned.” Particularly worth mentioning are also the extended abilities of the MV 2400: owing to rapid set-up, it is able to cut prototypes with hugely different geometries in a very short time so that they can undergo application testing.

Although the leap from the old CX to the new MV machine was huge, Hebding and his staff have ­already made a number of adjustments so that they are again producing various fixtures for ­production, e.g. toothing stubs, tension devices, drill jigs, and measuring and testing jigs. To this end, the MV 2400 EDM machine has been equipped with an additional B axis. “This way we can also produce circular parts like crowns,” says Hebding. “This works excellently.” The Kippenheim company uses the new machine not only for the many custom-machined parts, but also for current production. For example, couplings and planetary gears for medical products are machined on the MV 2400. These thin-walled parts are hardly bigger than a 10 cent coin and have to be wire-cut as they are essentially too small to be milled.

“Our company is based on immaculate products. And these cannot be produced without the skills of our employees,” says Hebding. “This is why we ­attach great importance to training. For years now, trainees account for 10 per cent of our workforce and we enjoy a fine reputation in the training sector. Our skilled staff mainly come from within our own ranks.” This is hardly surprising, since training is also a subject dear to senior partner Georg ­Neugart’s heart. The 75-year-old can still be seen in the toolshop and training workshop almost every week. “The senior partner knows nearly everyone personally,” Hebding explains. “Since every employee wears the company’s own T-shirt with his name across the chest, Georg ­always knows who he’s talking to,” says the head of toolmaking and training in his Neugart T-shirt with a laugh. 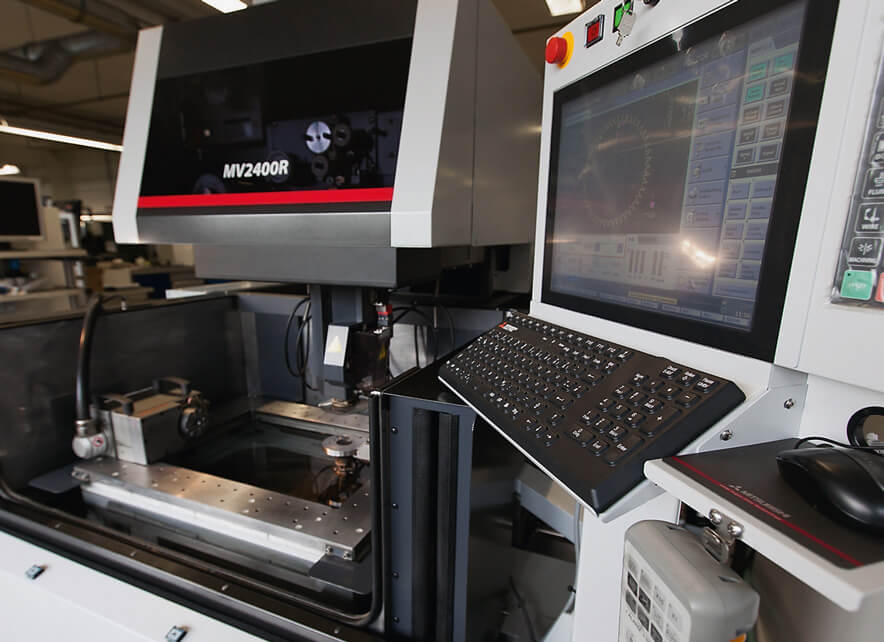 The MV2400R with a B axis integrated in the control.

How did you earn your first money?
As a surveyor’s assistant involved in reparcelling and in a vineyard.
What motivates you?
As the Training Manager, I aim to stimulate the interest of many young people in technology and machine tool manufacture and of course in our company.
Where do you see your company in five years’ time?
We wish to grow even more strongly internationally, strengthen our ­service orientation, improve our position among the Top Three worldwide and stay an independent company.
What was your company’s biggest business success?
Surviving the credit crunch in 2008 almost unscathed, having a bigger workforce than ever today and being able to invest well over EUR 2 million in machines and plant.
What’s your favourite way to relax?
Growing vines and mountain-biking.
What attributes do you value most in other people?
Conscientiousness, honesty and ambition. 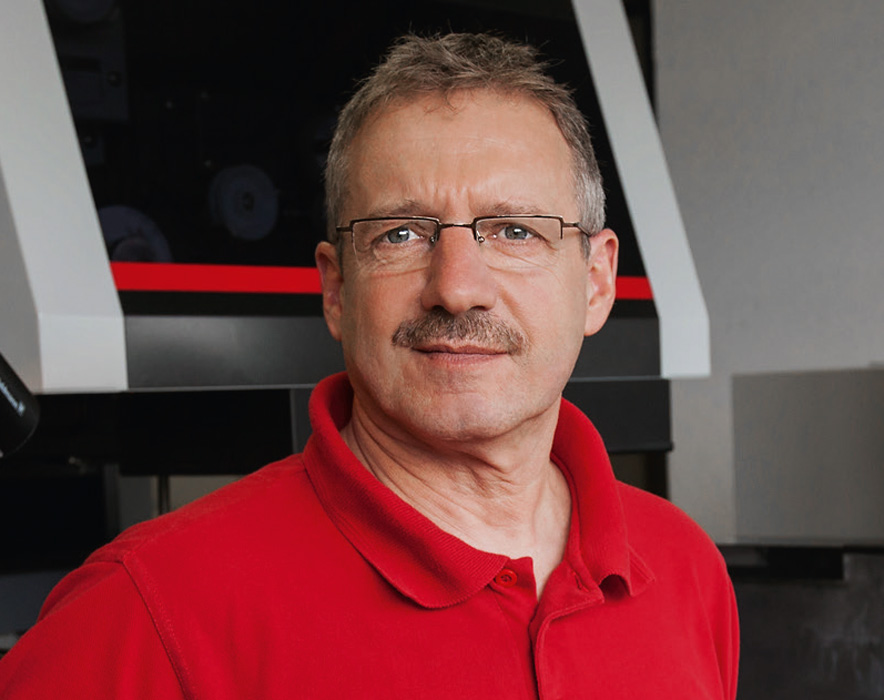