Bringing a smile to children’s faces

Children’s faces light up when they can let their imagination run wild with their Playmobil toys. It takes just a handful of figures, a few animals and a farm for hours of blissful play. But before the animals – sheep, dogs and cows – find their way into the playroom, a number of roduction steps have to be completed. Even if these toys are intended as “mere” playthings, they are manufactured with great professionalism – with injection moulds from WeForm. 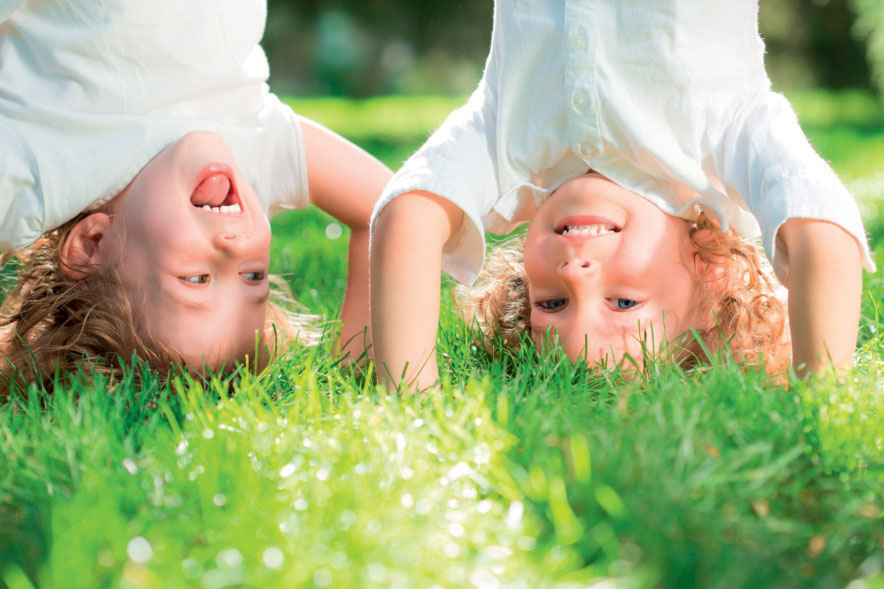 Bringing a smile to children’s faces

Children’s faces light up when they can let their imagination run wild with their Playmobil toys. It takes just a handful of figures, a few animals and a farm for hours of blissful play. But before the animals – sheep, dogs and cows – find their way into the playroom, a number of roduction steps have to be completed. Even if these toys are intended as “mere” playthings, they are manufactured with great professionalism – with injection moulds from WeForm.

Bringing a smile to children’s faces.

A relaxed Jürgen Freundorfer, Managing Director of WeForm GmbH, a toolmaker in Viechtach in Lower Bavaria, sits opposite us as he tells us the story of WeForm. “We took over WeForm in 2002 and put it on a sound foundation for the future with the production of injection moulds for plastics. Today, our regular customers include big-name companies from a wide range of sectors whom we continue to impress with our precision, quality and attractive price/performance ratio.” WeForm has since evolved into a respected company that now produces its own injection mouldings with seven high-performance machines alongside its toolmaking activities. “The company is always open to innovative extensions to production,” says Freundorfer.

“The company is always open to innovative extensions to production”

The best-known WeForm customer is toy manufacturer Playmobil whose figures and play environments can be found in almost all children’s playrooms today. The colourful Playmobil figures may not be produced in Viechtach itself, but WeForm fabricates the moulds for the toy manufacturer in Zirndorf.

In addition to the making of classical injection moulds, the range of services in the toolmaking sector has grown strongly, and highly reputed customers from the region like ZVK and Gabo Systemtechnik draw on the expertise of their creative neighbours. Today, WeForm’s order book contains not only general items of equipment for industrial applications, like pneumatic stamping tools and individual machine components, but also small series with batches of up to 100 items. The product range finally extends to high-grade single parts and spare parts for machine manufacture.

Innovative ideas come from the market. 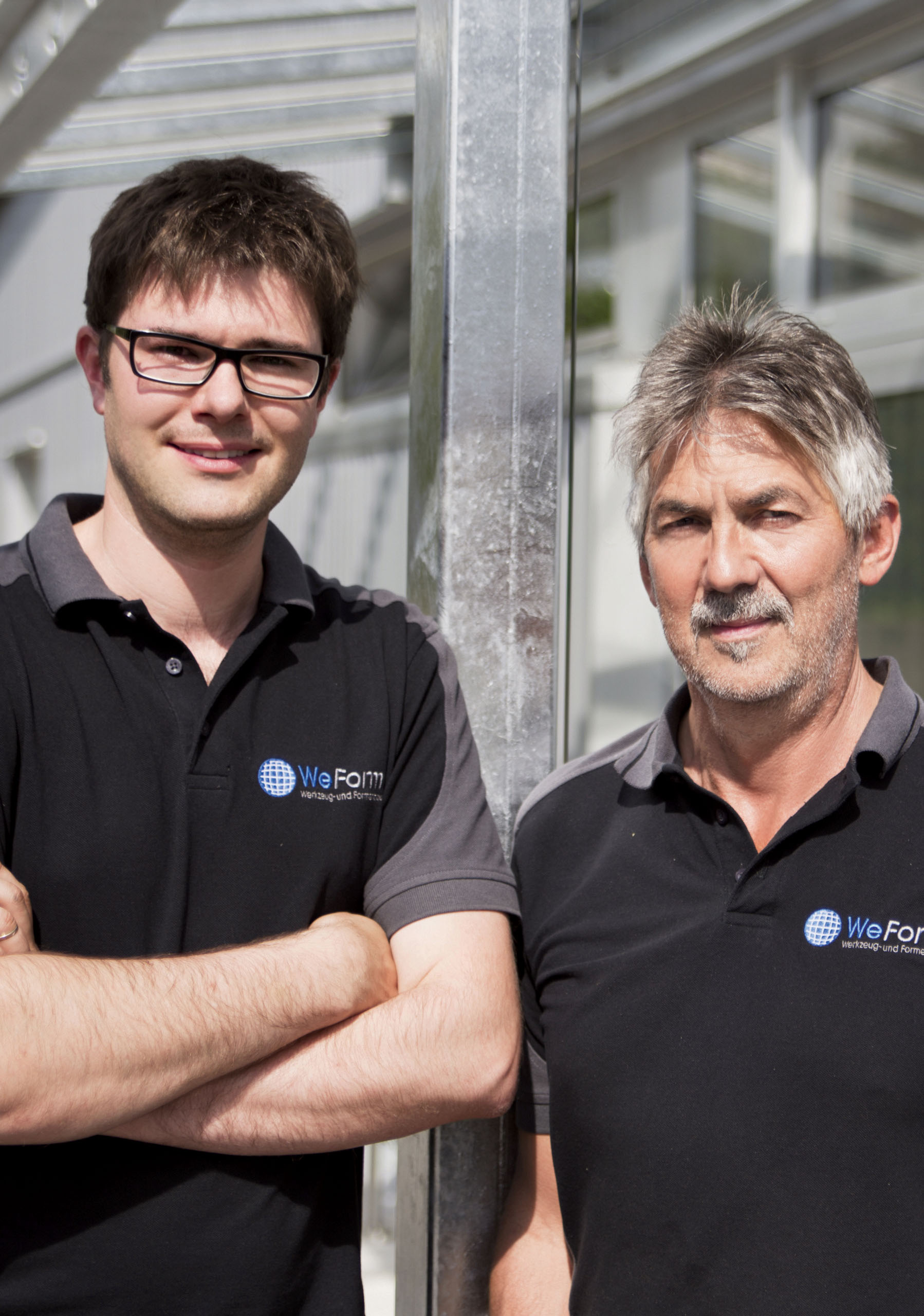 Our business relations rely on recommendation. Word gets around when customers are satisfied with our quality, punctuality and prices

The production of high-grade workpieces calls for plenty of expertise and responsibility. In the fabrication of spare parts for machine manufacture, the deadlines are particularly tight and extra shifts sometimes have to be worked at weekends. But this is no problem for WeForm. The company and its 22 employees, including 6 master craftsmen and 2 trainees, are flexible. And not only as far as working hours are concerned. For they also contribute their ideas, work with enthusiasm and identify with their tasks.

Freundorfer knows that he can rely wholeheartedly on his specialist staff. “Each employee bears full responsibility for his job, from programming through to the finished tool. We agree on the goal and give the employee the freedom that he needs to achieve it. This way of doing things demands a high degree of competence while also encouraging creativity and making the job interesting.”

WeForm abolished its own sales activities in 2002. “Quality makes its mark,” says Freundorfer confidently. “Our business relations rely on recommendation. Word gets around when customers are satisfied with our quality, punctuality and prices.” 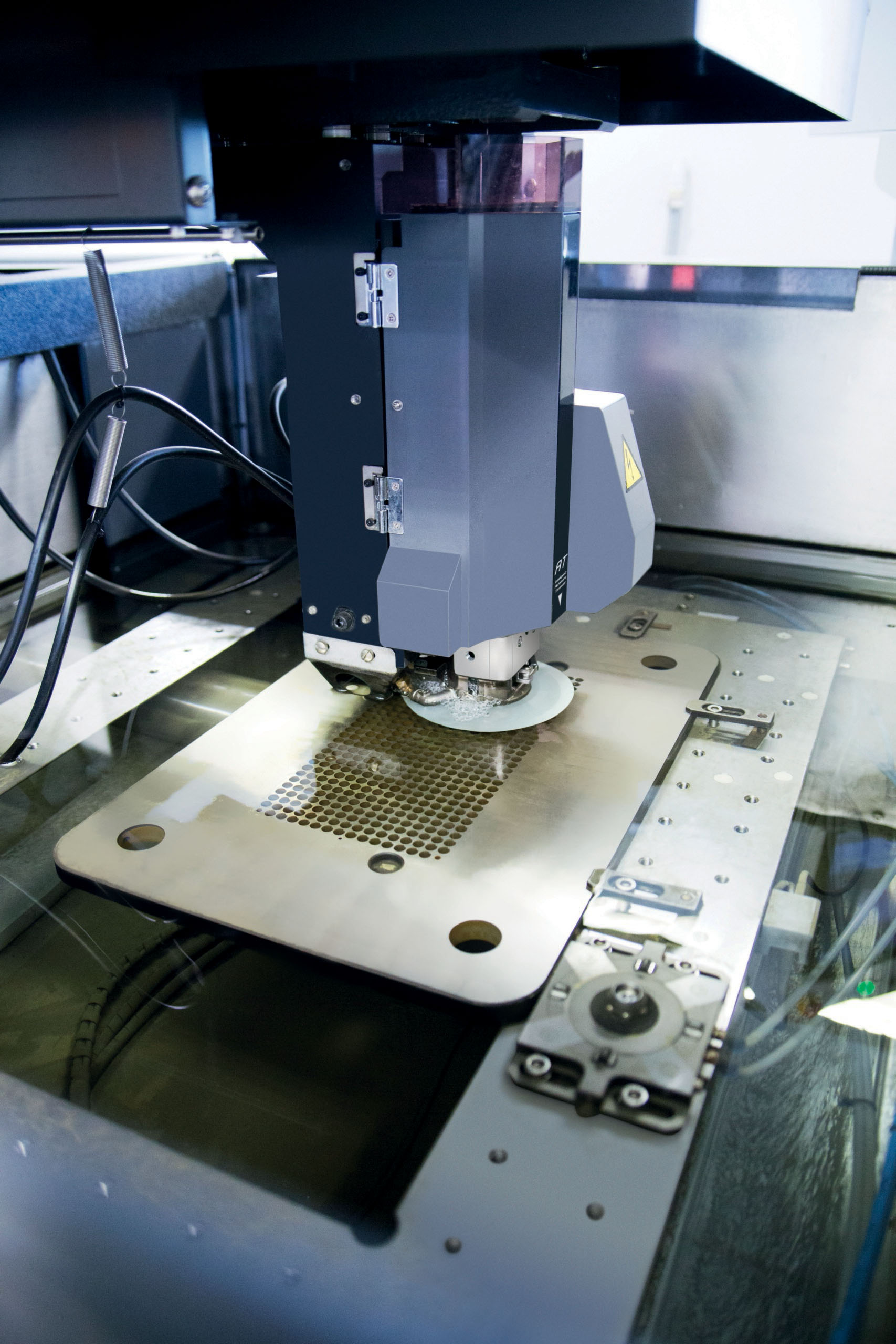 Not many toolmakers have their own injection moulding department. When the company was taken over, it had two injection moulding machines that were used for testing newly produced injection moulds before delivery so that they could be given their finishing touches. The goal of supplying nothing but immaculate, fully tested moulds that can go straight into production testifies to quality. Even today, only moulds tested in this way leave WeForm’s production site.

At the same time, the new owners have significantly increased capacity utilisation of the injection moulding machines. It was obvious to them when they took over the company that things would have to change. But compromising on quality was not an option. So new tasks had to be found for the injection moulding machines. So what could be more natural than to use the available machine capacity for injection moulding under contract and thus create a new business field alongside toolmaking? This step has proven successful, as the department is now home to seven advanced machines and makes its contribution to the company’s earnings. 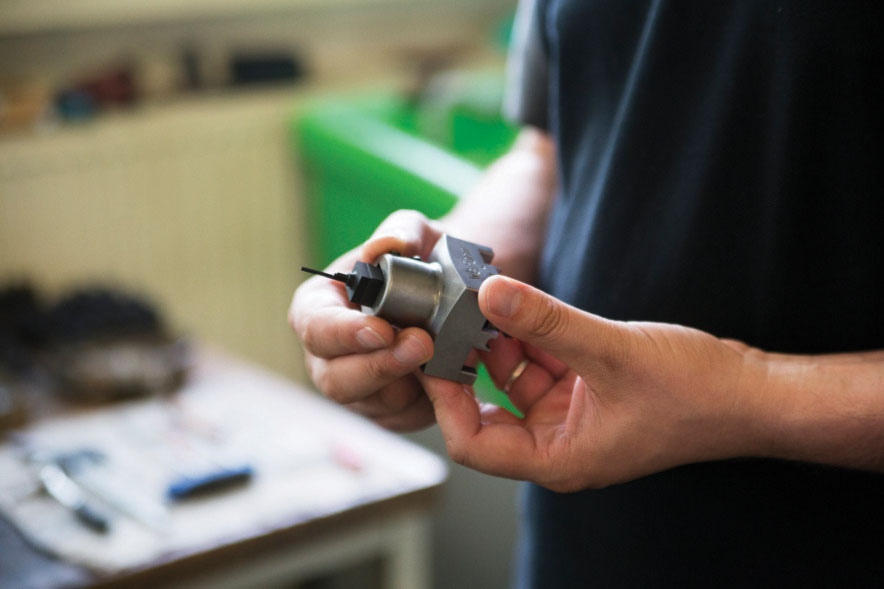 “Our conception of quality has so far impressed all our customers,” Freundorfer explains.

At small and medium-size companies like WeForm there is huge innovative potential in process optimisation and the development of new lines of business and the extension of existing ones. “Since founding WeForm,” Freundorfer explains, “we have continuously invested in the company, machines and plant – some EUR 1.5 million to date. We constantly monitor the machine and plant market in order to see how we can improve our efficiency and quality. Another way that WeForm attempts to continue its success is by searching for new ideas.”

The company is now on the verge of the biggest investment in its history. In 2014 WeForm is spending EUR 750,000 on machines and plant, mainly in order to build up a new production line for zinc die casting. The idea came from a customer: “We were asked if we would be able to do this kind of thing with our quality and dependability,” Freundorfer relates.

An investment on this scale also necessitates building modifications. About 700 square metres of storage and production space previously put out to let is being converted and will then be used by WeForm for its own production activities. 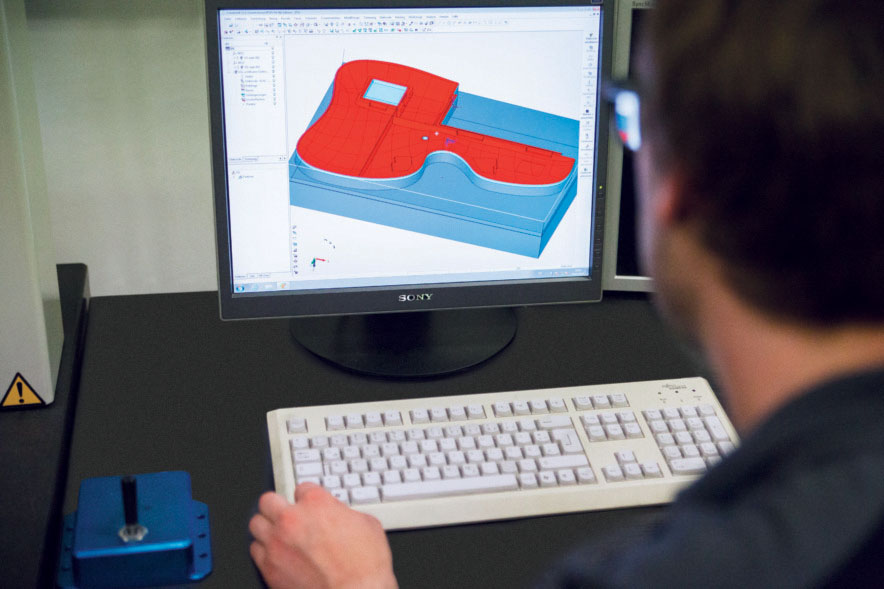 Graphite electrode for a new Playmobil plastic part on the 3D measuring machine. At WeForm a quality appraisal always includes a comparison of actual and target production data.

Since the founding of the company, wire EDM has been standard practice at WeForm and is continuing to develop strongly. Because of capacity shortfalls and the performance limitations of the old machine, WeForm had to buy in EDM services from neighbouring toolmakers for EUR 50,000 to 60,000 in 2006 and 2007 – a situation that the company was not happy with. Since WeForm had extensive experience of EDM and suitably skilled staff, there were good reasons for investing in a new machine. “The strategy of the FA-S Advance series from Mitsubishi Electric impressed us at the time,” Freundorfer explains. “Acclimatisation to the new system didn’t take long, and the Mitsubishi Electric FA20-S Advance was up and running smoothly within a few weeks. And we were able to achieve the desired results.”

In 2013, the company was again faced with having to buy a wire-cut EDM machine. However, before the decision was taken, numerous trial runs were carried out on the eligible machines from different well-known manufacturers. “In terms of performance, there wasn’t much to choose between the tested machines,” Freundorfer admits. “But we again went for a Mitsubishi Electric because of our very good experience with the FA20 and the Mitsubishi Electric machine offered the most compelling price/performance ratio.” WeForm ultimately went for a Mitsubishi Electric MV2400R. Although this wire-cutting machine is totally new, its operation and programming are similar to those on the FA20. Familiarisation was therefore very straightforward and soon accomplished. “Mitsubishi Electric set up the machine and we got down to work straightaway,” says Freundorfer.

“What I particularly appreciate about our Mitsubishi Electric machines is their dependability,” a satisfied Freundorfer confirms. “They’re serviced each week by our employees – and that’s it. No Mitsubishi Electric technician has set foot on our premises to remedy a malfunction since 2008”. 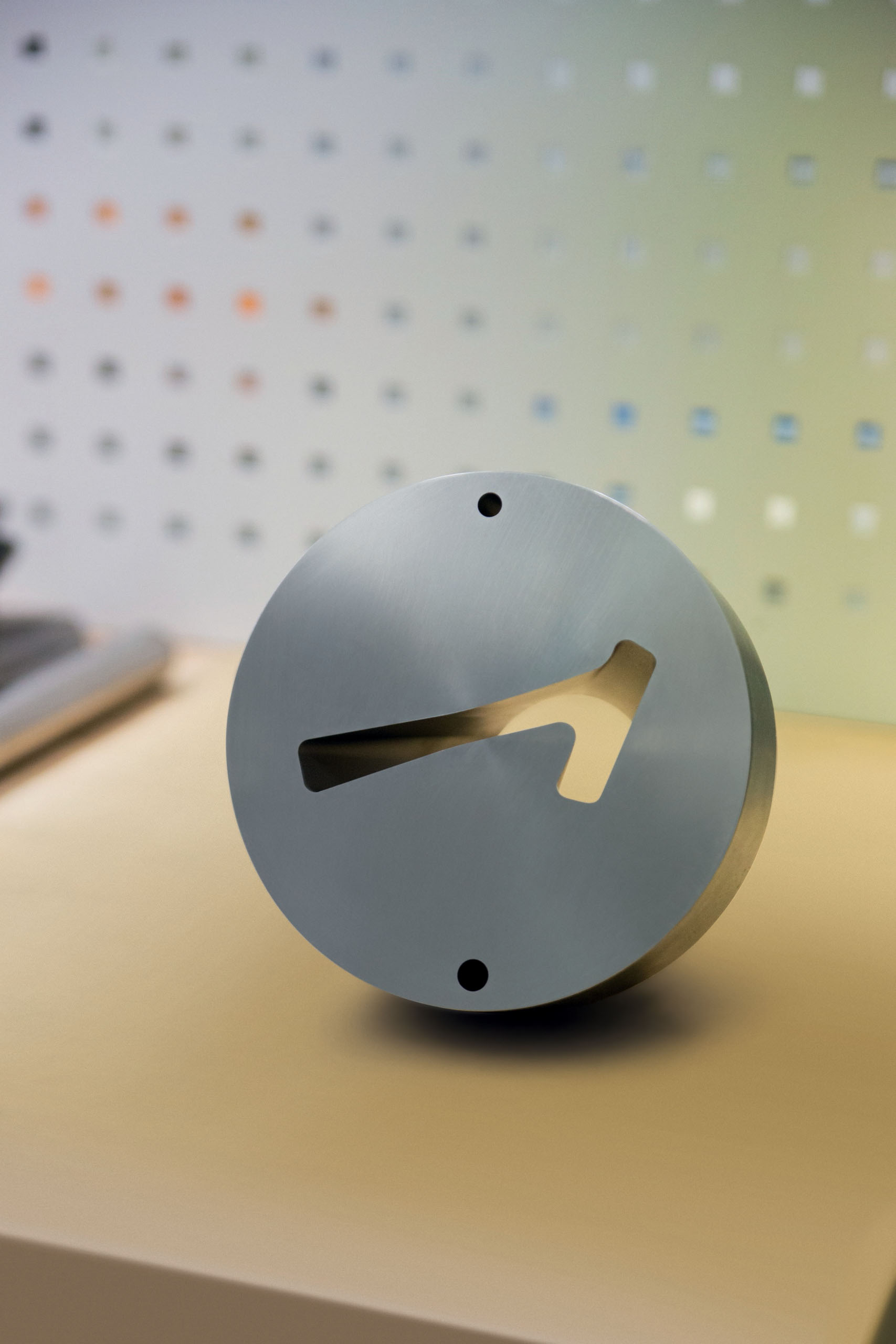 WeForm wire-cuts not only injection moulds but also extrusion dies.

At the end of our conversation, Freundorfer draws attention to another point that he considers important. This is the new threading technology of the MV2400R from Mitsubishi Electric. For the WeForm Managing Director, there’s nothing like it at present. “I’ve never known such systems from other manufacturers to work with such precision and reliability,” he explains. “A big advantage that we appreciate whenever we handle larger orders that are machined at the weekend – particularly when the complete workpiece with all its start holes has been finished by Monday morning.” 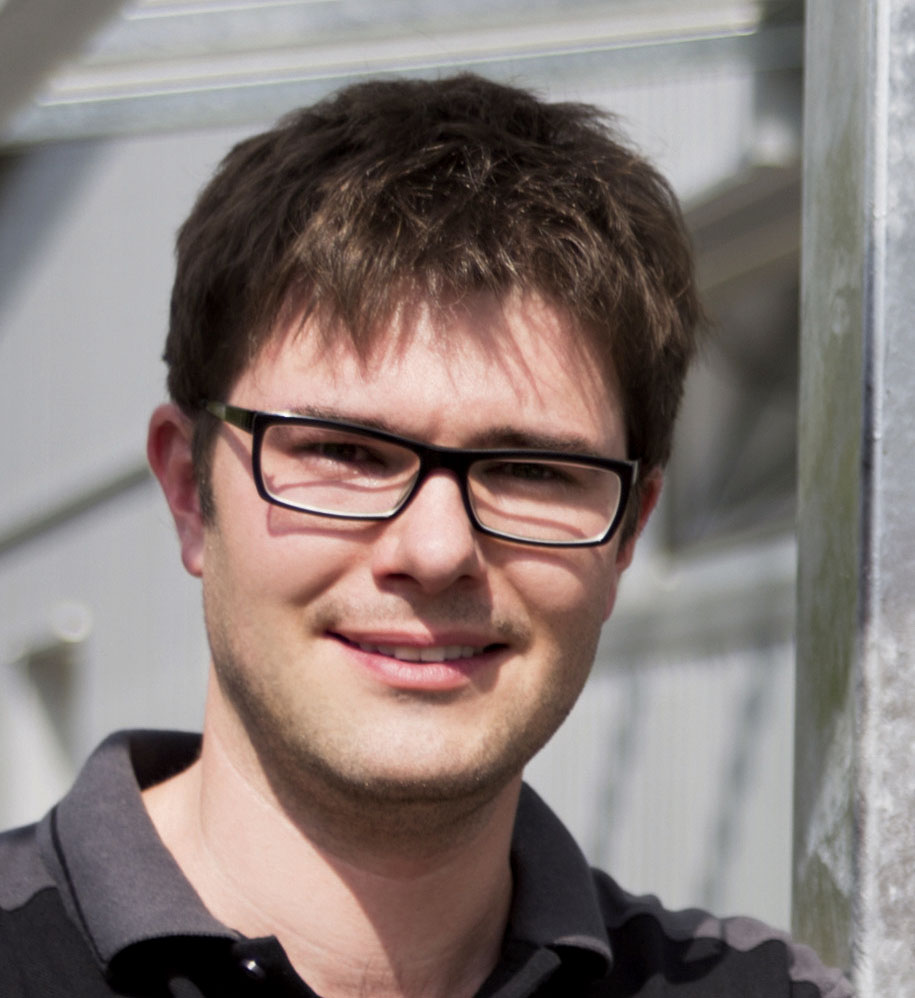