Jansen Precisie Techniek proves that wire erosion is not just a process for one-off production, as it produces, among other things, precision parts for microsurgical instruments in quantities of up to 100,000. The reproducibility of high quality in particular requires a good deal of expertise. 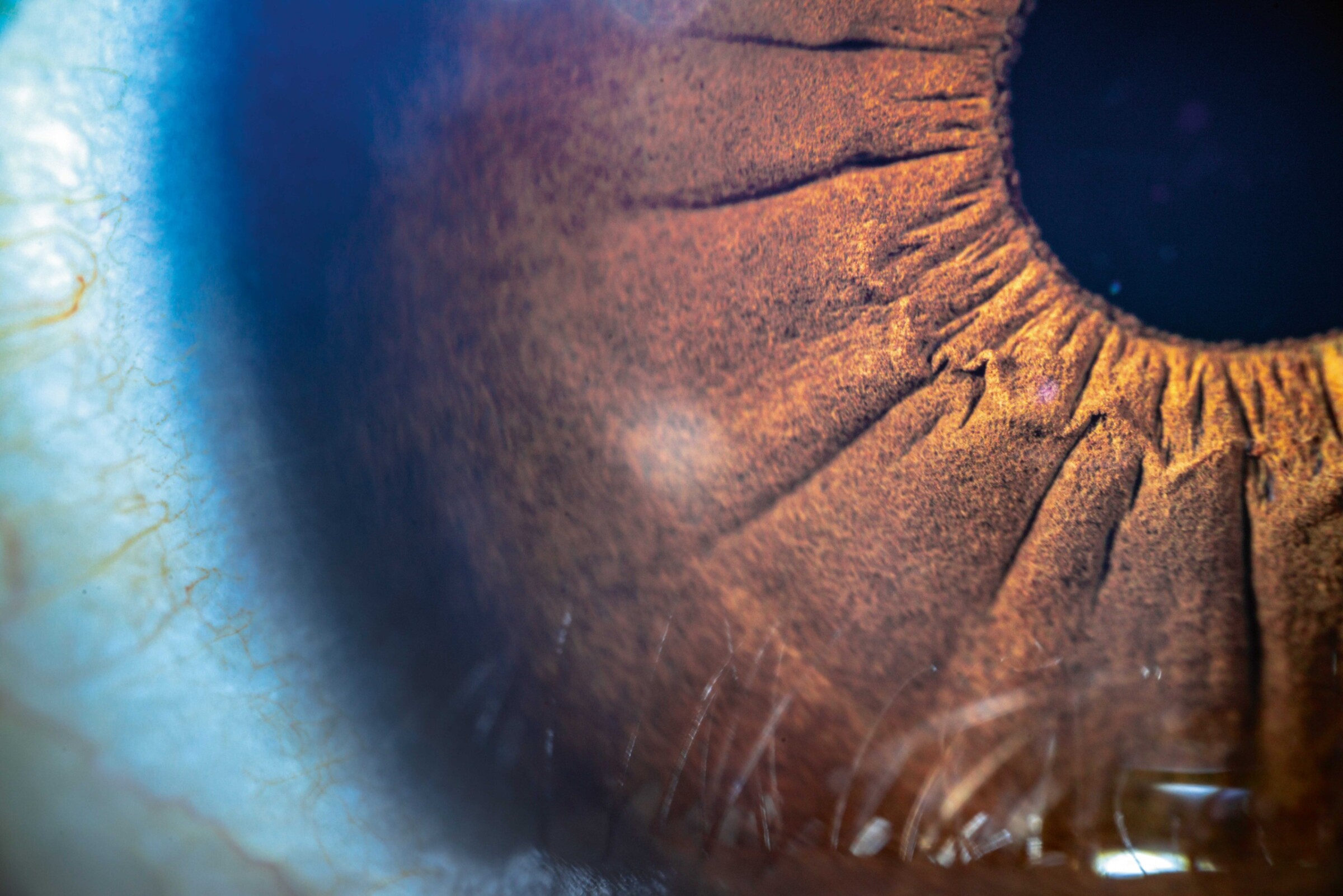 Jansen Precisie Techniek proves that wire erosion is not just a process for one-off production, as it produces, among other things, precision parts for microsurgical instruments in quantities of up to 100,000. The reproducibility of high quality in particular requires a good deal of expertise.

Operations on the eye call for absolute precision. A vitrectomy, for example, may be necessary in the event of diseases of the macula or retina. Here, the interior of the eye is accessed via minimal incisions behind the edge of the cornea. So that these do not have to be sutured after the operation, they are tiny, less than one millimetre and sometimes even less than 0.4 millimetres long. Via these incisions, the surgeon inserts minute surgical instruments and lighting devices into the eye. 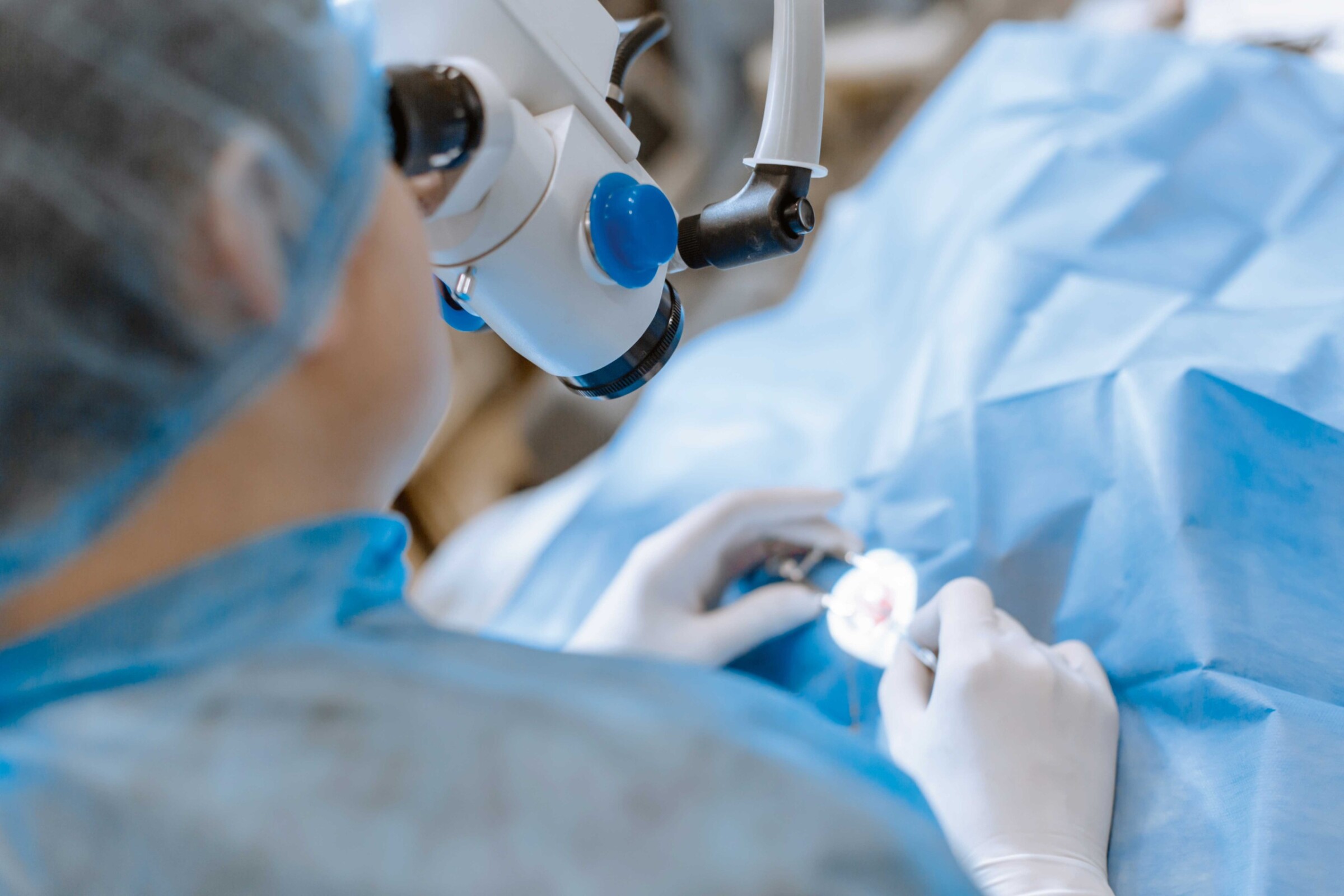 Anyone who has ever had such a surgical operation performed on their eye has probably experienced a product from Jansen Precisie Techniek (JPT) in action: ”There’s an 80 per cent chance that the surgical instrument is equipped with one of the parts we make,” says Mark Jansen, director and owner of the Dutch company domiciled in Borculo. The small company with 14 employees supplies Europe’s leading manufacturers of ophthalmic surgical instruments with precision parts. 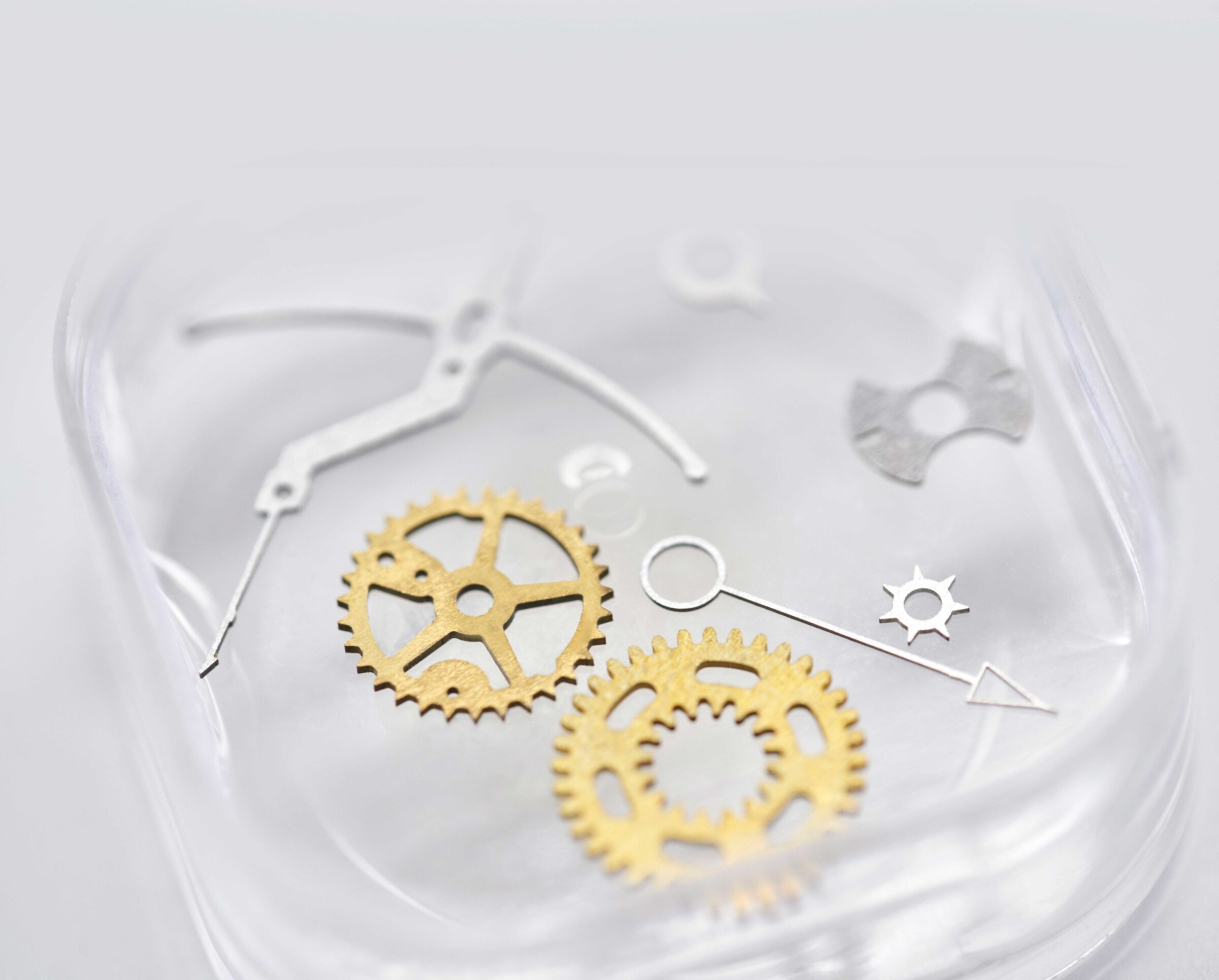 Vitrectomy knives in particular are an important product for Jansen, as his company produces up to 5,000 of them per week. JPT employs two MP1200 Connect wire EDM machines from Mitsubishi for this purpose. ”The machine operates with 0.05 millimetre erosion wire as standard and is thus an excellent addition to our machine park. It also delivers the surface roughness we need for the medical instruments,” says Jansen. The fine finishing generator (SD-FS), installed as standard in the MP1200 Connect, permits a suitably high-quality finish – down to Ra 0.05 μm on carbide. Jansen often cannot really measure the roughness, however, because the components are far too small for the surface to be checked with a probe: ”For us, the goal is ’as smooth as possible’. Because the parts we produce are all viewed by the end user under the microscope – namely during eye surgery. No surgeon wants to see wire grooves on the knife, for example.” 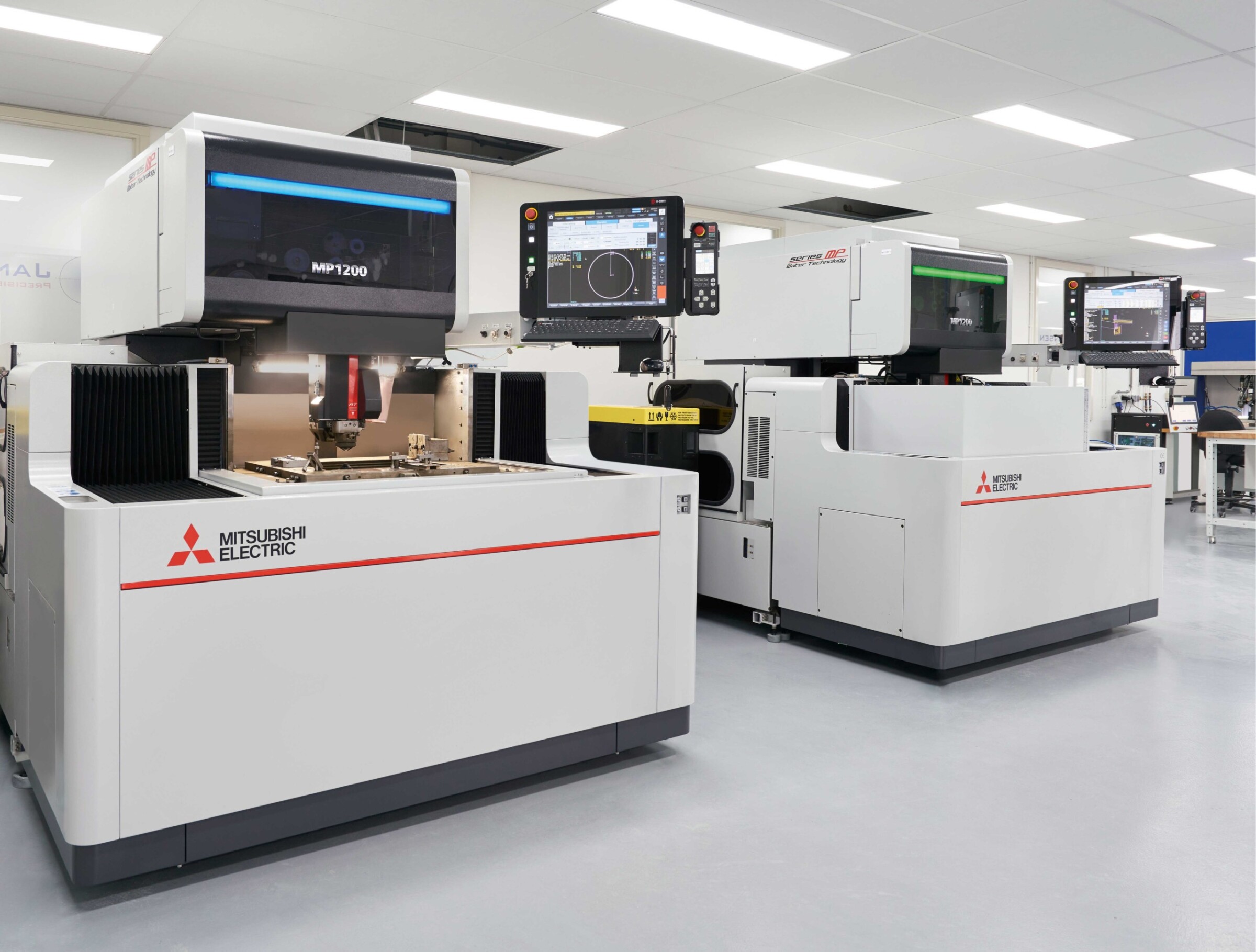 Plenty of expertise for high quality.

But Jansen has this precision under control, even in automated operation: ”It’s widely held that wire EDM machines are more something for one-off production or for work in research and development,” says Jansen. ”But we demonstrate that automated series production, in some cases even with robot loading, is also possible with them.” But this requires expertise – which the company has amassed over a period of 40 years. Back in 1981 and still under the management of Jansen’s father, the company acquired its first EDM system. At that time, it was used for producing punching tools, because the company was originally a tool grinding shop. The next EDM machines soon followed, already equipped with 0.03 millimetre EDM wire. This marked the beginning of the production of tweezers for medical applications. When Mark Jansen finally joined the company in 2006, he laid the foundations for the future, as he no longer saw any prospects in tool grinding: ”More and more of our former customers now have wire EDM machines of their own, so, starting in 2010, we shifted our focus to medical technology.” Thus, the company has also been certified to ISO 13485 for medical applications since 2012. Today, components for medical instruments – for tweezers, forceps and miniature scissors – make up the bulk of the production volume, but Jansen also manufactures precision parts for the watch industry and operates as a subcontractor. One die-sinking and nine wire-cutting machines are in production for this purpose, with batch sizes ranging from 50 to 100,000 units. 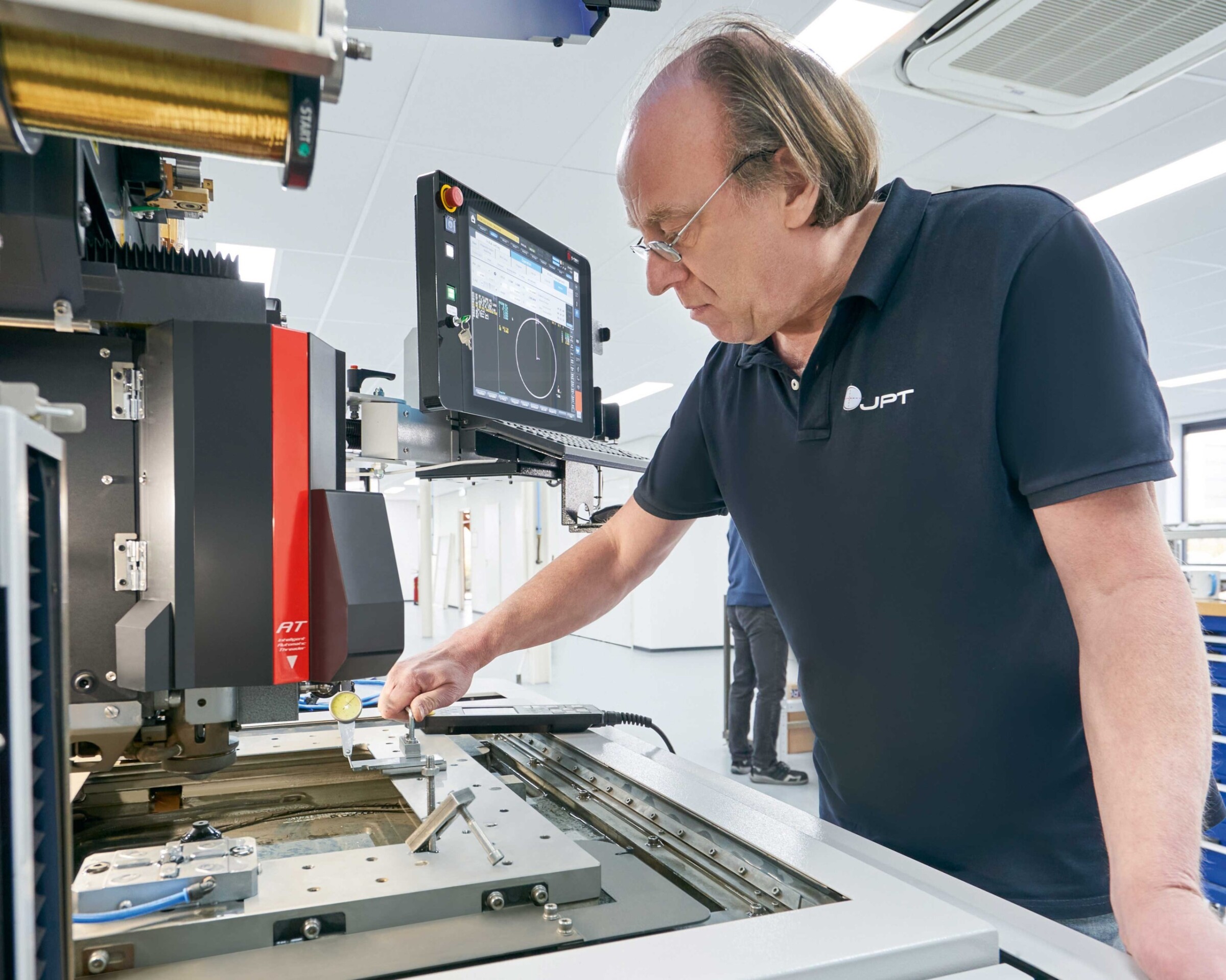 The workspace, fully accessible thanks to the lowerable tank, makes set-up so much easier.

”What really counts with such volumes is that we can repeat the high precision and quality over and over again for each part,” says Jansen. Mitsubishi Electric’s MP1200 Connect delivers the necessary prerequisites for this. The heavy-duty machine bed and linear guides, whose slides are designed with backlash-free bearings, ensure the smoothest possible running and thus precise EDM results in the long term. Above all, however, the repeatability of precision is all down to the clamping: ”The machines basically master the required precision, and there’s nothing magical about programming them. But fixing the parts on the machine in such a way that the quality can be reliably reproduced even on the thousandth part calls for a lot of know-how,” Jansen stresses. That’s why all the fixtures at JPT are designed and built in-house. The closed four-sided table of the MP1200 Connect provides a solid basis for this, making it easy to set up the clamping devices. Jansen has managed to optimise the threading of the wire – the company mainly uses 0.03 millimetre wire and EDM wire in the 0.05 and tenth of a millimetre range – and abrasion so that wire breakage is a rare occurrence. An important prerequisite, since the machines run unmanned in automatic mode at night. 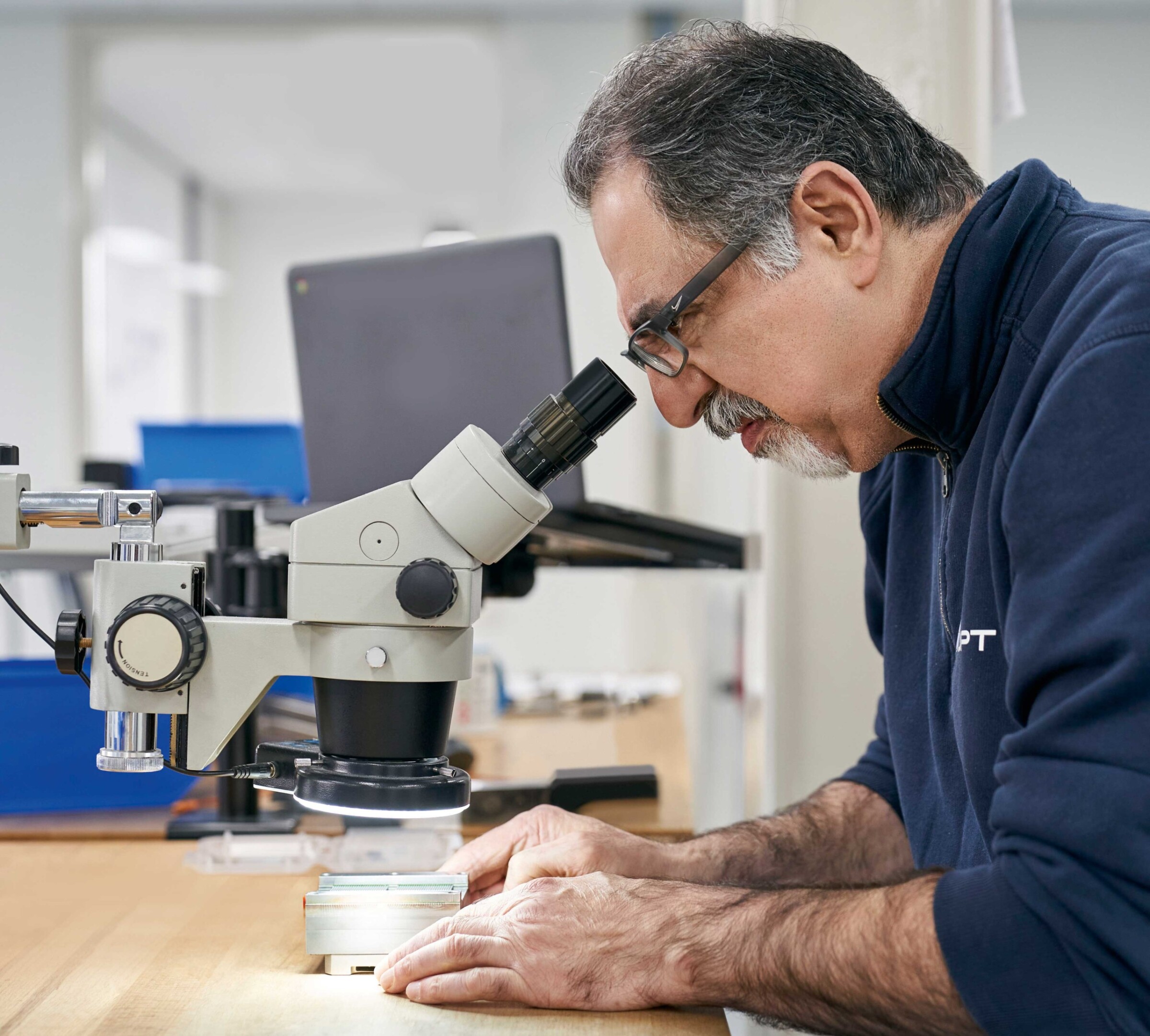 Optical quality control under the microscope.

Reproducible quality even for the thousandth part.

Adviser to the customer

However, this requires appropriately designed components that are machined on the machines. ”For each new job or product, we always aim to simplify production and cut costs,” says Jansen. ”We are always looking for the best solution for the customer – even if it turns out that wire EDM is not the right process.” Jansen has therefore supplemented his machining capabilities with micro-laser welding systems; if necessary, he passes the order on to companies from his partner network – specialists in deep drawing, for example. ”But we also handle the entire production process ourselves, assembling part components, for example, if desired”. Jansen employs goldsmiths and watchmakers, among others, who have the necessary manual dexterity to assemble these fine precision parts. 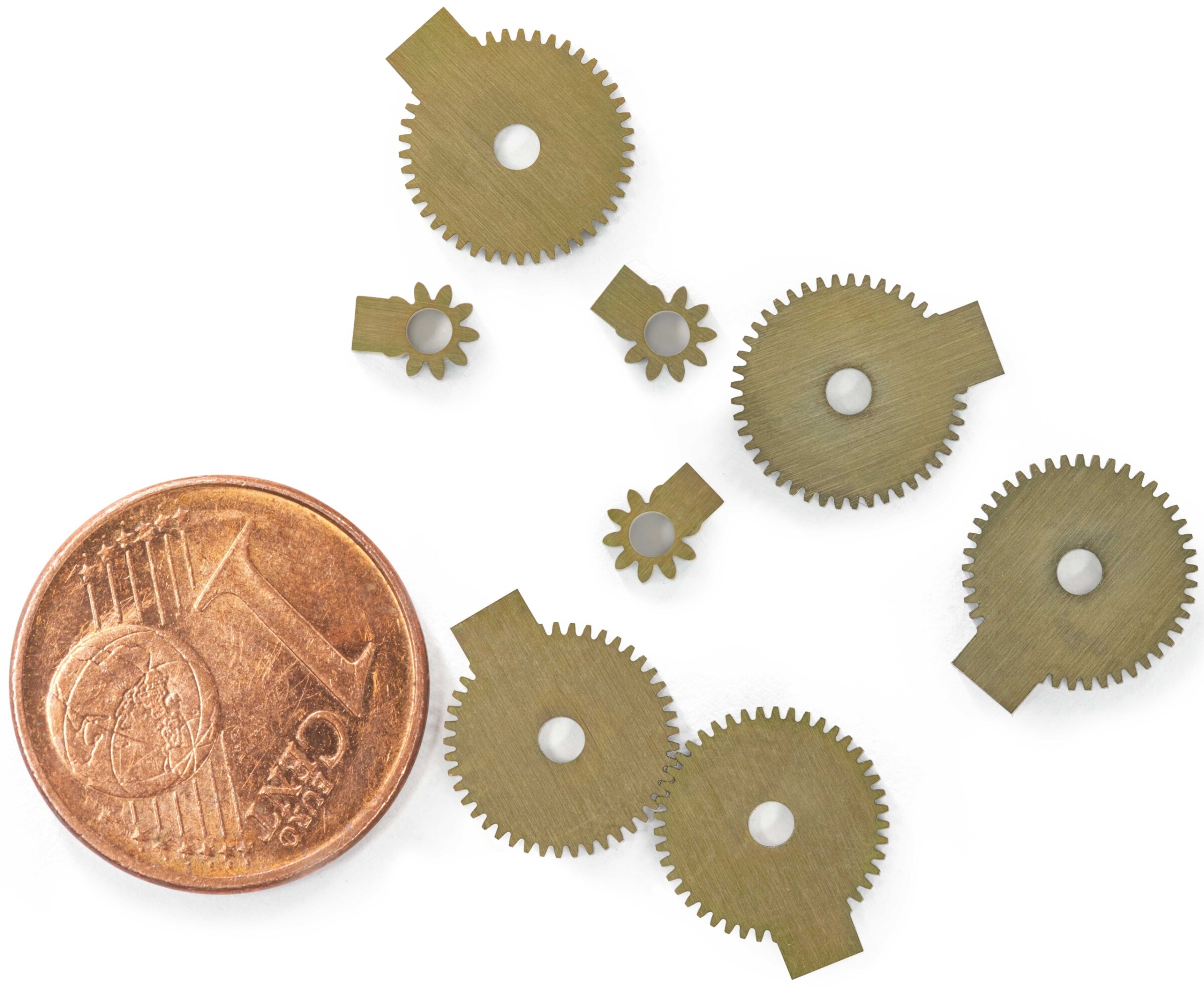 The tiniest components in series – typical of JPT

Certification of processes and machines

All work steps, processes and machining methods are certified – firstly to ISO 13485, and secondly by JPT’s customers, the manufacturers of the medical micro-instruments. This validation even extends to the clamping and the machine used. ”When we bought the two MP1200 Connect from Mitsubishi Electric, we also had to go through this process,” Jansen adds. ”Mitsubishi Electric helped us to modify the machines in accordance with our requirements and assisted us with the necessary validation by the customer.” For example, Mitsubishi Electric made an MP1200 Connect available to Jansen at the Technology and Demonstration Centre in Ratingen for two days so that they could perform test cuts on it with the planned product. ”This showed us that the basis was right and we notified our customer of our intention to buy,” says Jansen. After three production and test runs, the two machines were finally certified and have been working reliably and precisely since 2019. 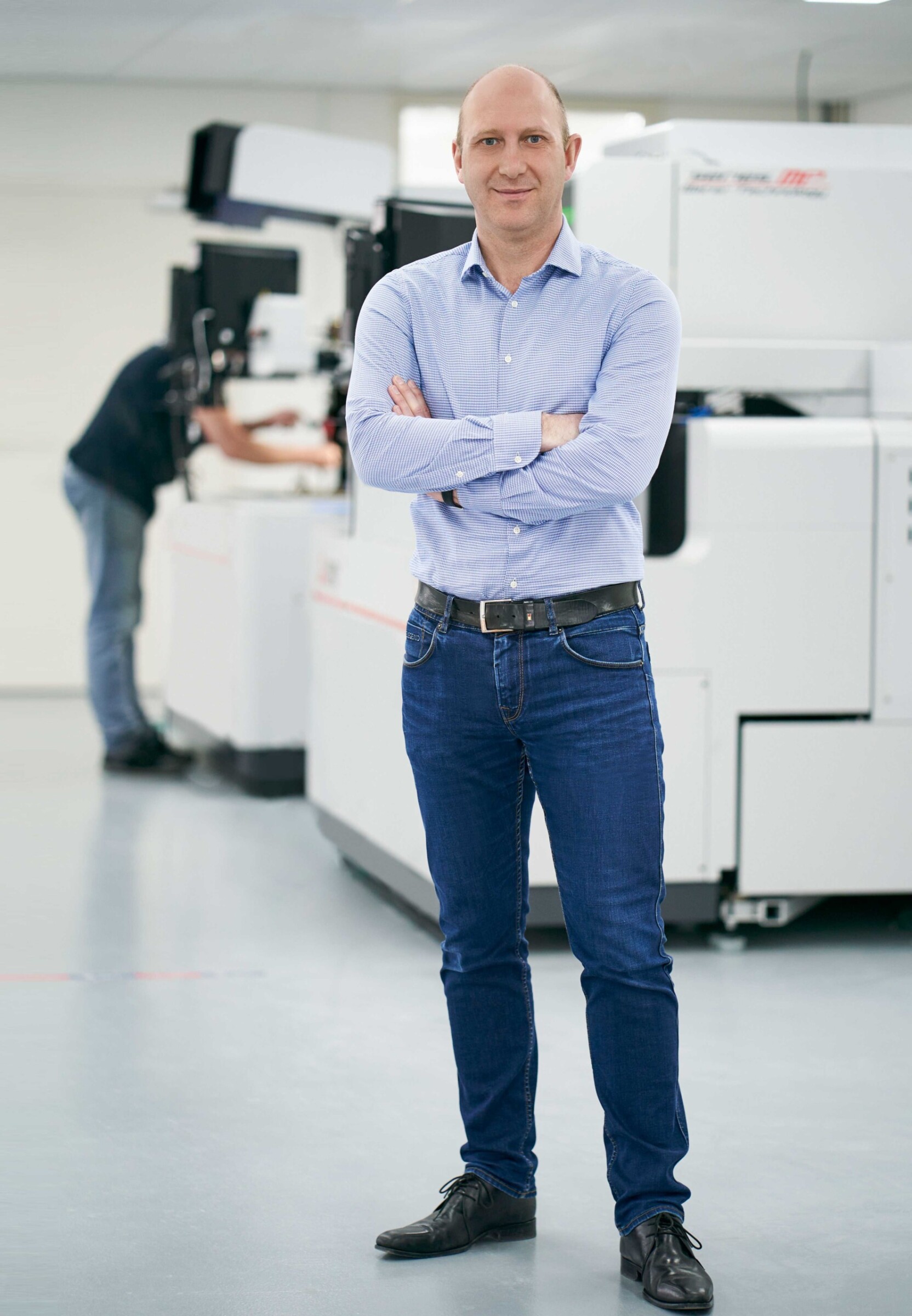 The machine operates with 0.05 millimetre erosion wire as standard and is thus an excellent addition to our machine park. It also delivers the surface roughness we need for the medical instruments.

”We will continue to expand our wire EDM capability,” says a confident Jansen – even though he wants to build on his laser welding capacity this year. ”But after that we will push ahead with the automation of the two Mitsubishi Electric machines.” He’s considering positioning an articulated-arm robot between the two MP1200 Connects so that it can load both machines. It’s a good thing that the EDM machines of the MP series from Mitsubishi Electric are automation-ready, as this means that handling systems and robots from a wide range of manufacturers can be seamlessly integrated.