By investing in an MV1200S Tubular, Empa Materials Science & Technology, Dübendorf (Switzerland), has ventured into uncharted territory. Instead of paying jobshops for EDM work, the research institute is now itself an owner of a process-secure wire erosion machine – a machine that will probably soon pay for itself as well. 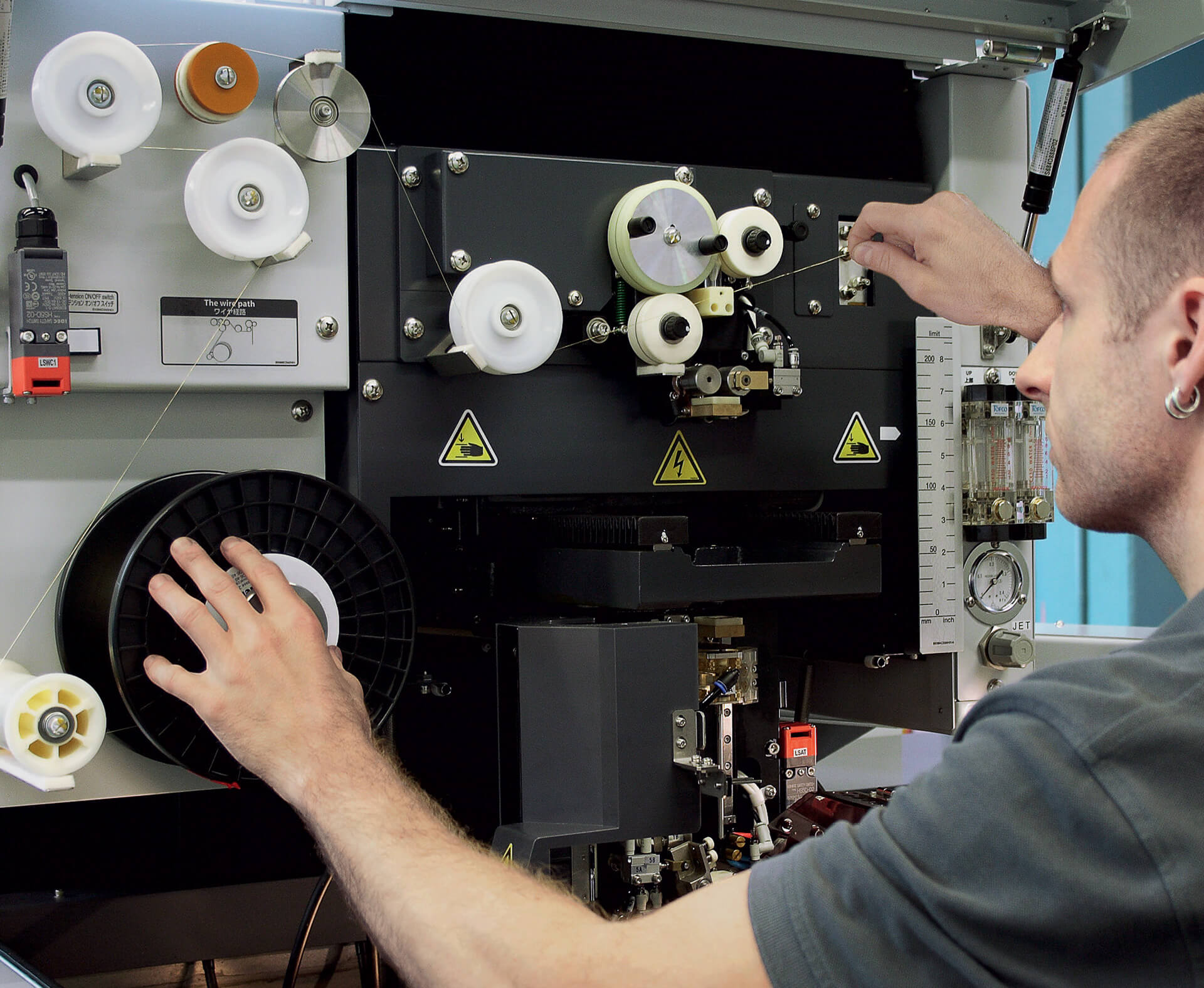 By investing in an MV1200S Tubular, Empa Materials Science & Technology, Dübendorf (Switzerland), has ventured into uncharted territory. Instead of paying jobshops for EDM work, the research institute is now itself an owner of a process-secure wire erosion machine – a machine that will probably soon pay for itself as well.

Erwin Pieper, a Swiss diploma’ed master mechanic and Workshop Manager in the Design Engineering/Workshop ­department at Empa, lays a three-part eroded stainless steel component on the table. It would be ideal as a paperweight. However, pulled apart, it becomes a note-holder bearing the word “DANKE”. “This part, of which we’ve produced several, is intended as a thank-you for the Empa management and ­departments involved in the investment in the MV1200S Tubular. We’re expecting it to pay for itself in two to three years, as the cost of jobshop EDM work until now has equalled the cost of the new machine over the same period.”

Empa was founded in 1880 as the ­Institute for Construction Materials Testing in the basement of Zurich’s ­Polytechnikum (school of engineering), today’s Swiss Federal Institute of ­Technology (ETH). In 1938 the institute was re-named the Swiss Materials ­Testing and Experimental Institute for Industry, Building Construction and Commerce and had the reputation for destroying all the materials it tested. Pieper laughs: “Our image today is better. Since 1988, the name Empa has stood for ‘Eidgenössische Materialprüfungs- und Forschungsanstalt’” – or ‘Materials Science and Technology’ in English. And that is what Empa now is – an interdisciplinary research and services institution for materials ­science and technology development. Empa lays the scientific foundations for the sustainable development of society and, together with partners in industry, converts research findings into marketable products. To this extent the institute has a large hand in strengthening the international competitiveness of Swiss industry. 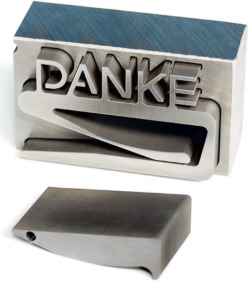 The tasks of the workshop include ­eroding material samples that are often composed of several materials and cannot be cut with conventional methods because of the material’s hardness. Examples of this include nickel-based alloys with structural steel and gold-germanium brazed onto metal. Empa takes samples of these and among other things examines the behaviour of the materials in terms of ­fatigue at different high temperatures. Or Empa wire-cuts cracks and inspects whether and how they propagate under load. The range of wire-cut materials also mainly includes aluminium, beryllium bronze, titanium and stainless steel as well as cemented carbide and structural steel. Pieper removes a tiny molybdenum part from a glass showcase: “Since a milling tool might break such a hard metal and process security is so im­portant to us, we opted for wire-cutting in this case.” Precision to the nearest hundredth of a millimetre is usually sufficient for Empa. The demanded surface quality comes to an average roughness of 0.8 to 0.4 micrometres.

Pieper thumbs through a list of jobs. “The high machining speed displayed by Mitsubishi Electric’s wire erosion system is also important for us. We don’t have the ­comparison with another machine, but our jobshop supplier confirms with his job records that he takes longer than us to wire-cut similar parts.” Using 0.25 millimetre wire, Empa takes anything from 3 minutes to 20 hours. The primary material is up to 210 millimetres high, 500 millimetres long and 200 millimetres thick. Because the workshop achieves rapid throughput, to which a clamping system also contributes, it now has capacity for extra jobs. 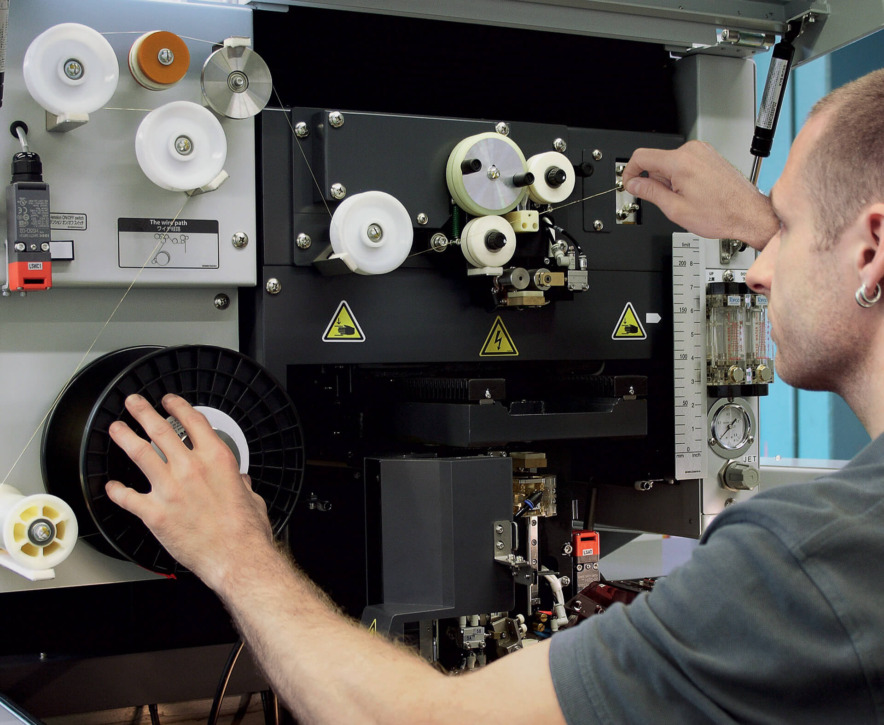 “For the money that we were willing to spend we’ve bought the best machine and the one with the best operating and main­tenance charac­teristics.”

In addition to the single wire-cutting machine, which has been in operation since January 2013, the workshop has five milling machines at its disposal. EDM accounts for a correspondingly small proportion of machining volume. All the same, some challenges can only be mastered with wire EDM ­technology.

Pieper watches the operator initiate a wire-cutting process. “The machine offers plenty of comfort. The operator got on well with it from the beginning.” One contributory factor is the superior ­user-friendliness of the totally digital ADVANCE PLUS CNC control that ­communicates appreciably faster and more efficiently with the machine’s servo amplifiers and tubular direct drives via the optical waveguides of the new Optical Drive System. One of the resultant advantages of this is greater machining precision. Programming, he says, is not performed at the machine. Instead, Pieper’s team sends entire programs to the MV1200S Tubular. Pieper holds a wire guide in his hand. “This wearing part can be swiftly and ­easily removed and replaced. A task that arises once a week during cleaning. It is just as important that the machine re-threads the wire in the event of breakage automatically, as here at the workshop we sometimes run the machines unmanned at night.” Empa thus benefits from the new Intelligent AT wire threader that re-threads the wire in the dielectric, after interruptions in start-hole drilling or in the kerf – and even on high workpieces. Whether a threading jet is used or not. Pieper is also interested in the tubular shaft motors of the MV that ensure ­cogging-free and responsive movements in the machine’s X and Y axes. He stresses the wear-freedom of the drive strategy that dispenses with spindles and ball bearings and therefore ensures smooth and maintenance-free running. 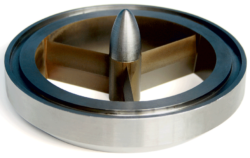 Core holder of Böhler V155 tempering steel and 1.6582, wire-cut on the inside, for the extrusion of ceramic filters.

“Another point in Mitsubishi Electric’s favour is its good service.”

Best machine for the available money

“We opted for the MV1200S Tubular because it embodies a combination of ­advanced technology and a very attractive price/performance ratio. The latter refers to its high precision and its comparison with a milling machine.” Pieper opens up the project folder. “We looked at three quotations beforehand. For the money that we were willing to spend we’ve bought the best machine and the one with the best operating and maintenance characteristics.” To see reference erosion systems from Mitsubishi Electric in action, says Pieper, they went to racing car building Sauber, who wire-cuts almost the same spectrum of materials as Empa. Another point in Mitsubishi Electric’s ­favour is its good service, he says, for which the company’s Swiss dealer in the neighbouring town is responsible. 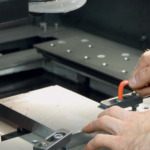 Stebler clamps a workpiece in the machine.

How would you describe in a sentence what your company does?
Research, development, testing and teaching.
How did you earn your first money?
In my apprenticeship as a machine mechanic.
What motivates you?
Curiosity and the joy of technology.
What’s different about how you do things now, compared to five years ago?
EDM, 5-axis machining in the milling sector, programming with a CAM system and investment in clamping systems for faster set-up.
Where do you see your company in five years’ time?
We want to continue to research and develop. As a workshop, we have to keep up with new trends.
What’s your favourite way to relax?
In my free time with my model railway and walking and doing nothing.
What attributes do you value most in other people?
Reliability and openness to different solutions.
What mistakes in others do you find easiest to forgive?
When someone tries something out and it goes wrong.
If you were asked what you do by a friend with no technical knowledge, how would you explain your work in a single sentence?
That I cut metal with a wire and electricity. 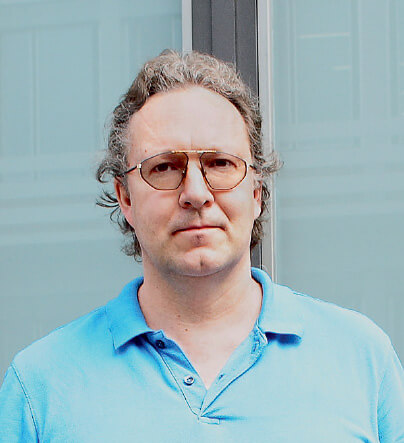