K-L Präzision Falk Lange GmbH has two oil-bath wire EDM machines in operation. This enables the company to machine in the µm range precision parts that can only be produced with great difficulty using other processes – and whose quality offers customers genuine benefits. 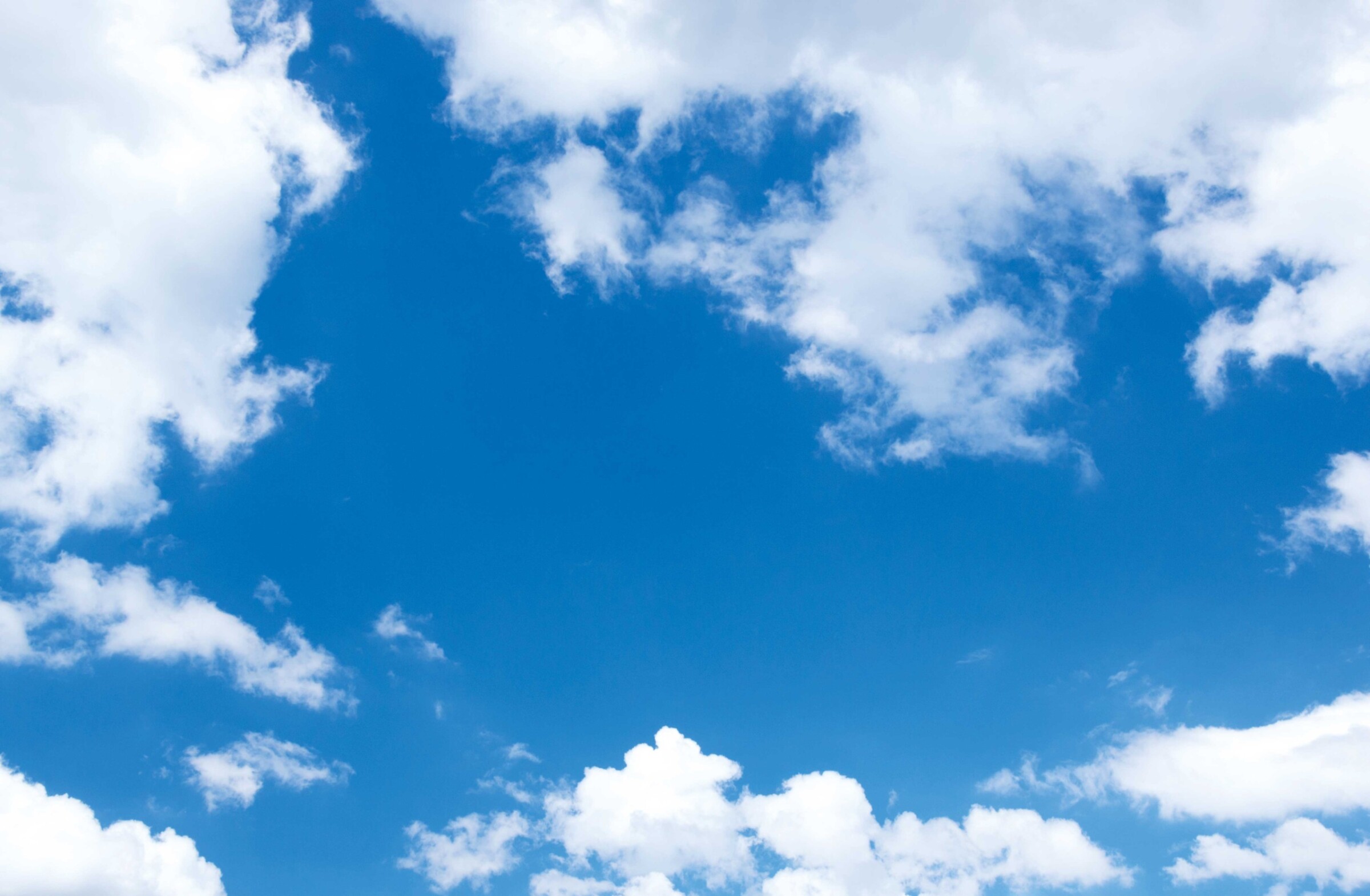 K-L Präzision Falk Lange GmbH has two oil-bath wire EDM machines in operation. This enables the company to machine in the µm range precision parts that can only be produced with great difficulty using other processes – and whose quality offers customers genuine benefits.

“Never rest on your laurels, and always stay one step ahead” – this is how Falk Lange described his motivation as an entrepreneur when Profile magazine first visited him in Nideggen in the Eifel region in early 2016. His company K-L Präzision Falk Lange had already made a name for itself at that time with precision mechanical parts far beyond its immediate region. It supplies customers in medical technology, automotive suppliers and the aerospace industry with tools and components in the µm range – K-L Präzision products are even shipped to the USA. 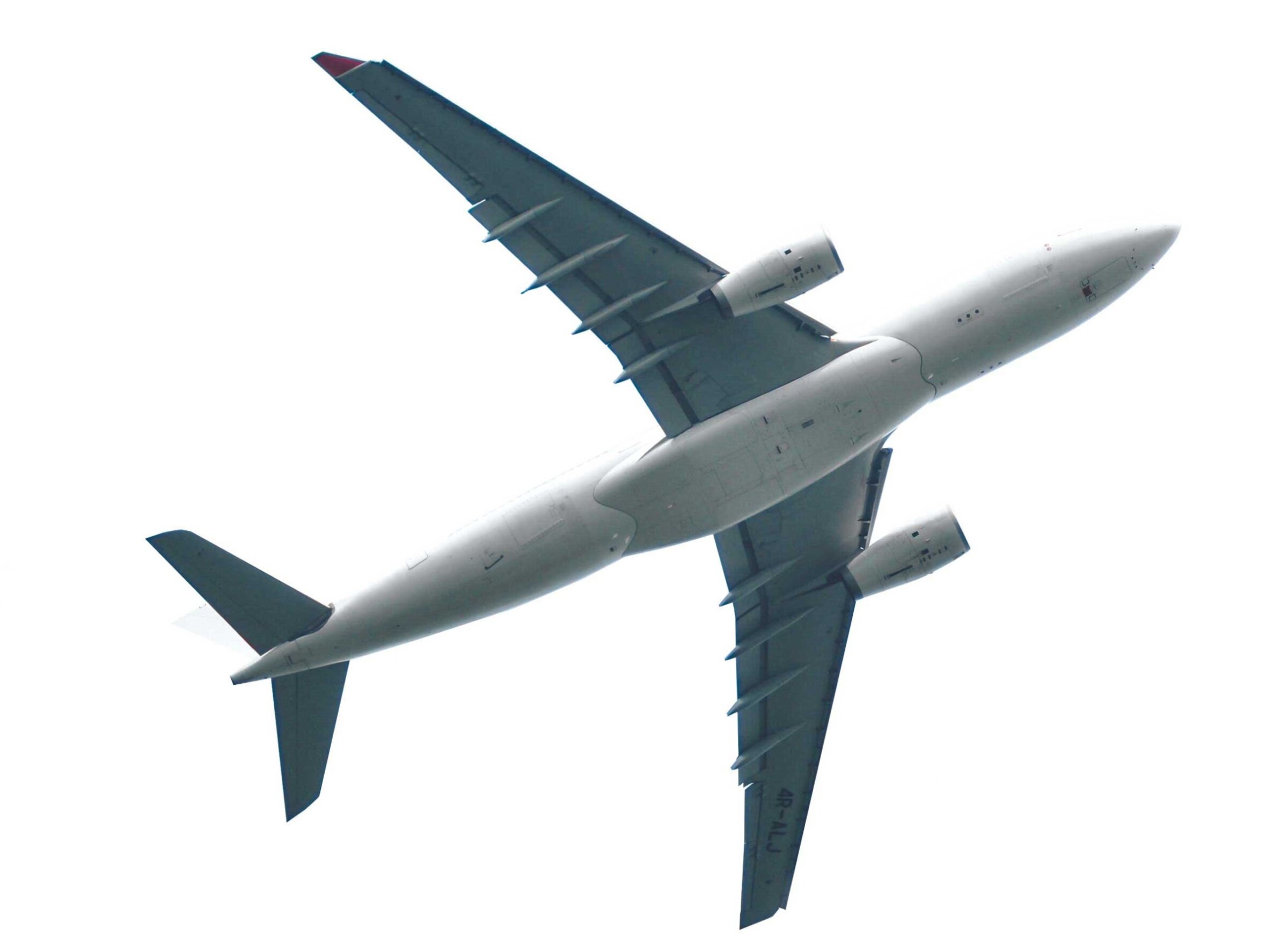 The trained toolmaker has remained true to his motto and has consistently developed his company further in recent years. In the meantime, a second shop, where Lange stores the materials for his precision parts, has been erected on the 20,000 square metre company premises. He has used the vacated space in the first hall to further extend his machine park of EDM systems, machining centres, surface and cylindrical grinding machines, and lathes – he has almost doubled it in size since 2016. Twelve machines from Mitsubishi Electric alone are in operation, the MX600s being the flagships among them: “We are one of the few companies in Europe that has two oil-bath wire EDM machines,” Lange stresses, not without pride.

The challenge of special materials

“We didn’t actually plan to buy the MX600s at all,” Lange admits. He had already seen the machine at the AMB trade fair, but had not given it any further attention. “Of course, I knew about die-sinking in an oil bath, but not about wire-cutting. I actually asked myself what the point of it was.” Today he can only smile about it, because a research contract from RWTH Aachen University ultimately showed him what wire-cutting in an oil bath is capable of. “At the time we were awarded a contract to manufacture high-precision components for an aerospace project.” The parts were made of a very special material, although Lange is not allowed to disclose any more details for reasons of secrecy. What we can say is that Lange was able to produce the components as desired on his existing water-bath wire EDM machines. But afterwards, difficulties arose in the parts’ use – the edge layers that developed during EDM in a water bath proved to be problematical. Lange then discussed the problem with Lutz-Roger Neuendorf, the responsible sales manager at Mitsubishi Electric: “We examined the issue in detail,” says Lange, stressing the competence of the Mitsubishi team with whom he has been working for many years. “Together, we came up with an oil-based wire EDM solution with the MX600.” 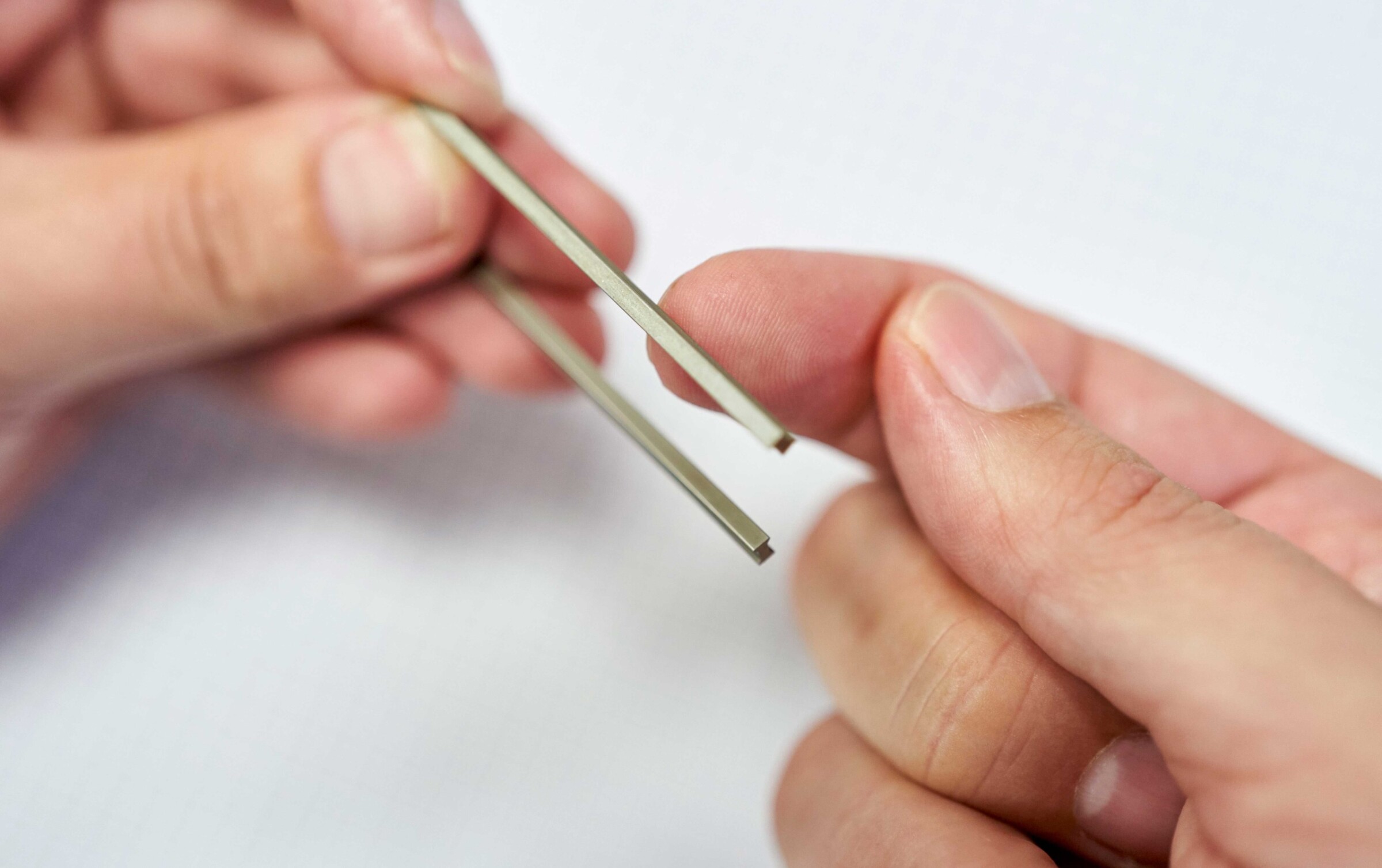 Falk Lange shows the surface finish of a cutting punch produced on an oil-bath wire EDM compared to one produced on a water-bath machine.

Roughness of only 0.05 µ Ra with the oil bath machine

Wire EDM with oil as the dielectric prevents the workpiece corrosion that can occur in a water bath. In addition, smaller spark gaps are possible, facilitating the machining of even more intricate parts. Above all, however, it is the nPV generator of the MX600 that ensures gentle energy input into the workpiece. In total, the same amount of energy is used for machining the material as for wire eroding in a water bath, but broken up into several short discharges. By applying lower energy per pulse at a higher frequency, the energy peaks at the workpiece are reduced, and this in turn prevents microcracking. 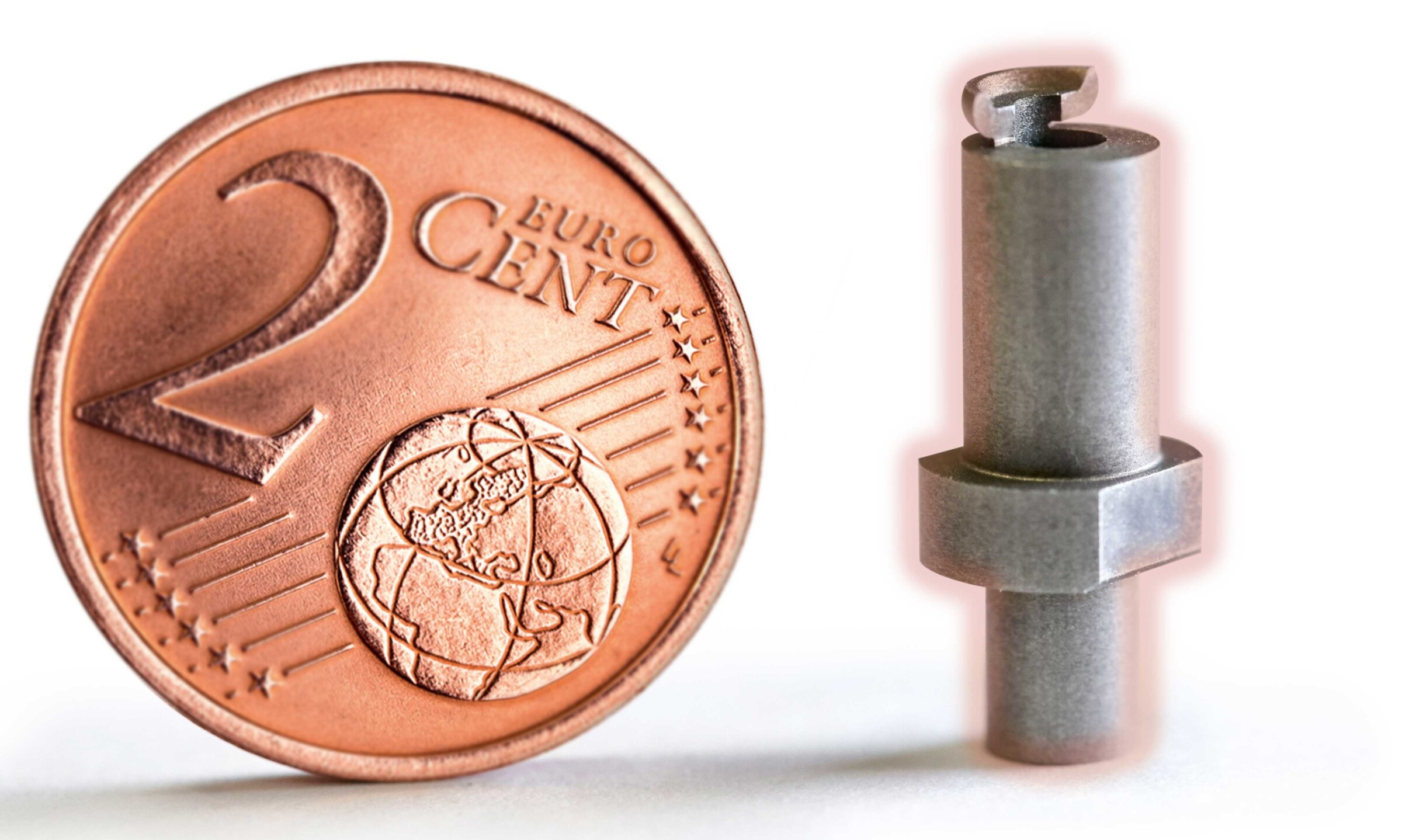 “We tested the original material from the RWTH project on an MX600 demonstration machine in Mitsubishi Electric’s showroom – the result was so much better than anything we had been able to produce until then,” says a still enthusiastic Lange. In fact, he had already been impressed by the results of the fine-blanking machines in use at the time. “We were able to achieve a surface finish of approximately 0.25 Ra in the water bath – with the oil bath machine we now achieve a roughness of only 0.05 Ra.” As an example he shows us two cutting punches made of standard steel – one wire-eroded in a water bath with a roughness of 0.3 Ra, and one in an oil bath with a roughness of 0.1 Ra – and asks us to scrape a fingernail over it. The difference is indeed remarkable. The surface of the punch wire-eroded in an oil bath is tangibly smoother and looks almost varnished. “Another important advantage of wire eroding is that much less stressing occurs in the material,” Lange continues. “The whole structure of the machined metal is of higher quality – that’s a massive difference.” In concrete terms, this meant that the problematical edge layers of the component required for the RWTH project could be reduced to almost zero. 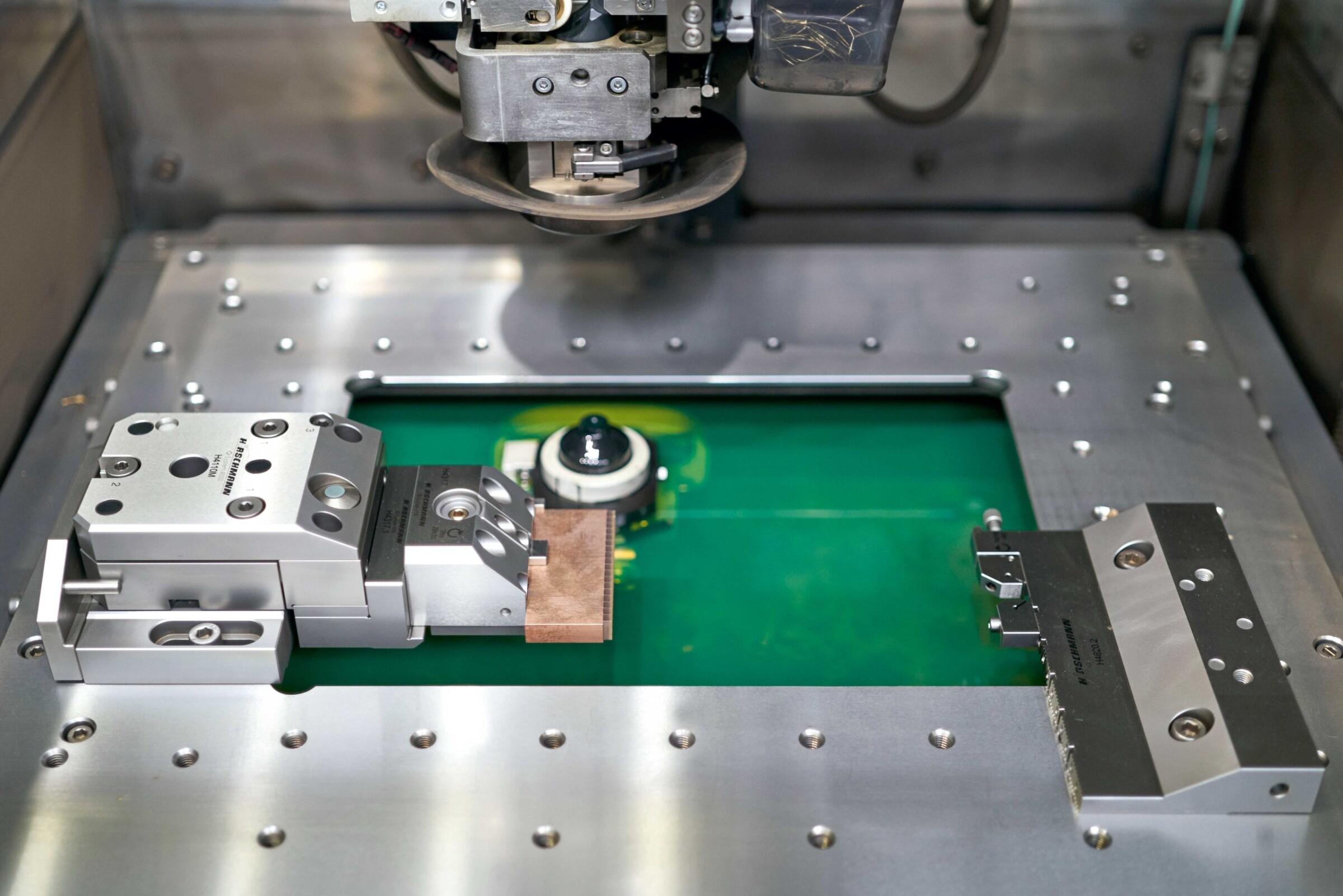 Production of a follower electrode made of tungsten copper with a web width of 0.1 mm

In the light of this result Lange did not have to think long – he bought his first MX600 in the summer of 2016. The decision was made easier by the fact that he was able to purchase a cheaper demonstration machine. And because he also managed to persuade the RWTH researchers, so he was finally awarded him the series production of the component. “This meant that the MX600 was well utilised right from the start – so well that there were even problems with delivery deadlines,” Lange recalls. There would be enough work for a second MX600 – but two of these high-tech machines in a 10-man operation? Lange took his time in thinking this over – and then, true to his motto, took the next step and the risk of buying another MX600. 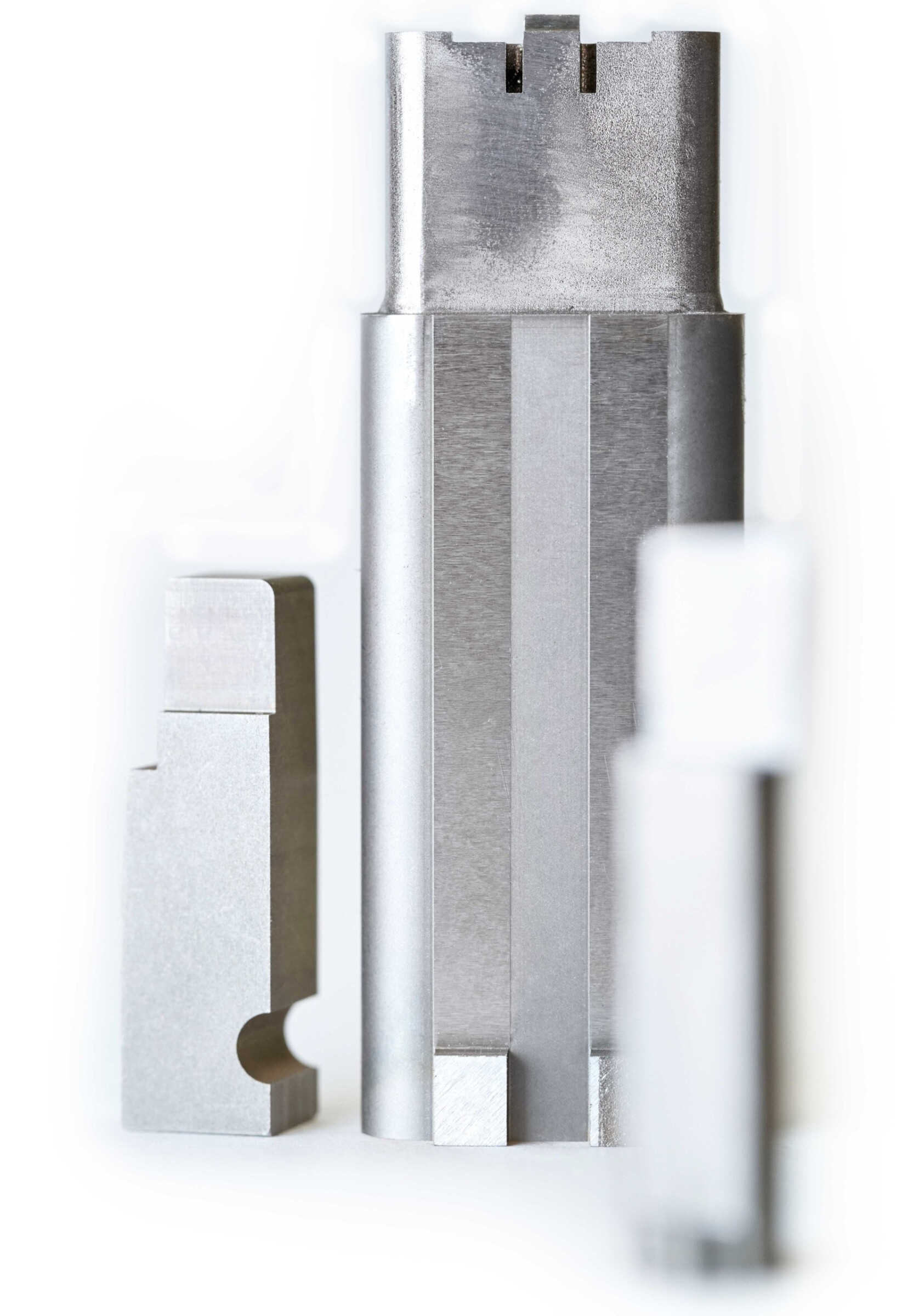 This freed up capacity on the first MX600, which he used for existing orders from other customers. “We have some problematical tungsten carbide parts that have repeatedly caused problems on normal water-bath machines, particularly due to microscopic hairline cracking,” says Lange. He then machined these parts on the MX600 – and the problems vanished. Lange has had good experience with the dielectric recommended by Mitsubishi Electric. Neuendorf adds: “The two MX600s at K-L Präzision are also equipped with the optional digital anti-electrolysis generator from Mitsubishi Electric. In combination with the oil-based dielectric, the subsurface structure is kept in a healthy state – a beneficial feature particularly for customers in the aerospace and medical technology industries.” 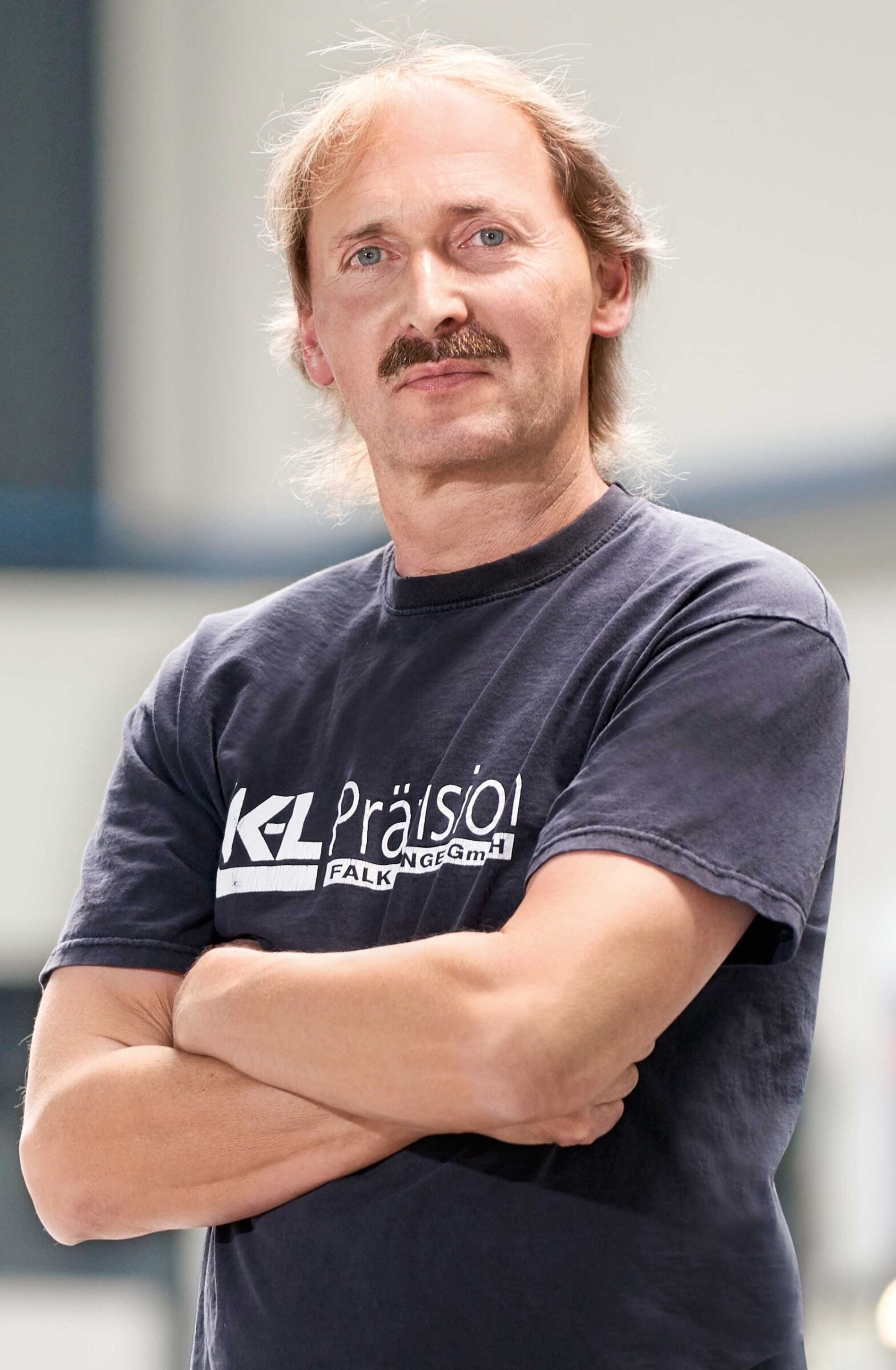 The machine runs reliably day and night, even without supervision, and even threading a seven-hundredth wire on its own.

Advantages in production and for the customer
The higher quality of the parts produced on the MX600 offers real advantages for the customer – the service life of the cutting punches shown as an example is extended by an estimated 20 to 30 per cent thanks to the higher quality. Lange also machines complex geometries using rotating spindles on the MX600 and also shows us a component as an example: the winding mandrel made entirely of tungsten carbide used to wind the filament of incandescent lamps. In the past it had to be ground completely round, with a fit smaller than h6. “Today we machine the contour complete with a bore on the MX600 with a rotating spindle, without having to unclamp the component even once. A huge advantage,” says Lange, explaining that the intricate contour of the winding mandrels wire-eroded in the water bath used to break off due to microcracking and tensions. Thanks to the MX600, that does not happen any longer. Lange: “We used to be able to machine these parts as well – but only in a much more elaborate process.”

Lange is also very satisfied with the handling of the machine: “The machine runs reliably day and night, even without supervision, and even threading a seven-hundredth wire on its own. However, it must also be clearly stated that to obtain maximum ­quality, the necessary inspections and maintenance must be carried out on a regular basis”. But the machines are so maintenance-friendly that the Lange team can perform all the necessary maintenance work itself. In addition, the dielectric is very easy to clean. Since buying the machines, Lange hasn’t had to change the oil once – regular cleaning of the filter is sufficient.

“Wire EDM in an oil bath is intended for surface quality and accuracy, not for speed,” Lange points out, however. “You should only cut special parts and materials that suit the machine.” But then the advantages of the process are impressive. Word has got around in the industry, and Lange has acquired a reputation as an expert in special applications: “Customers come to us when they run out of ideas”. 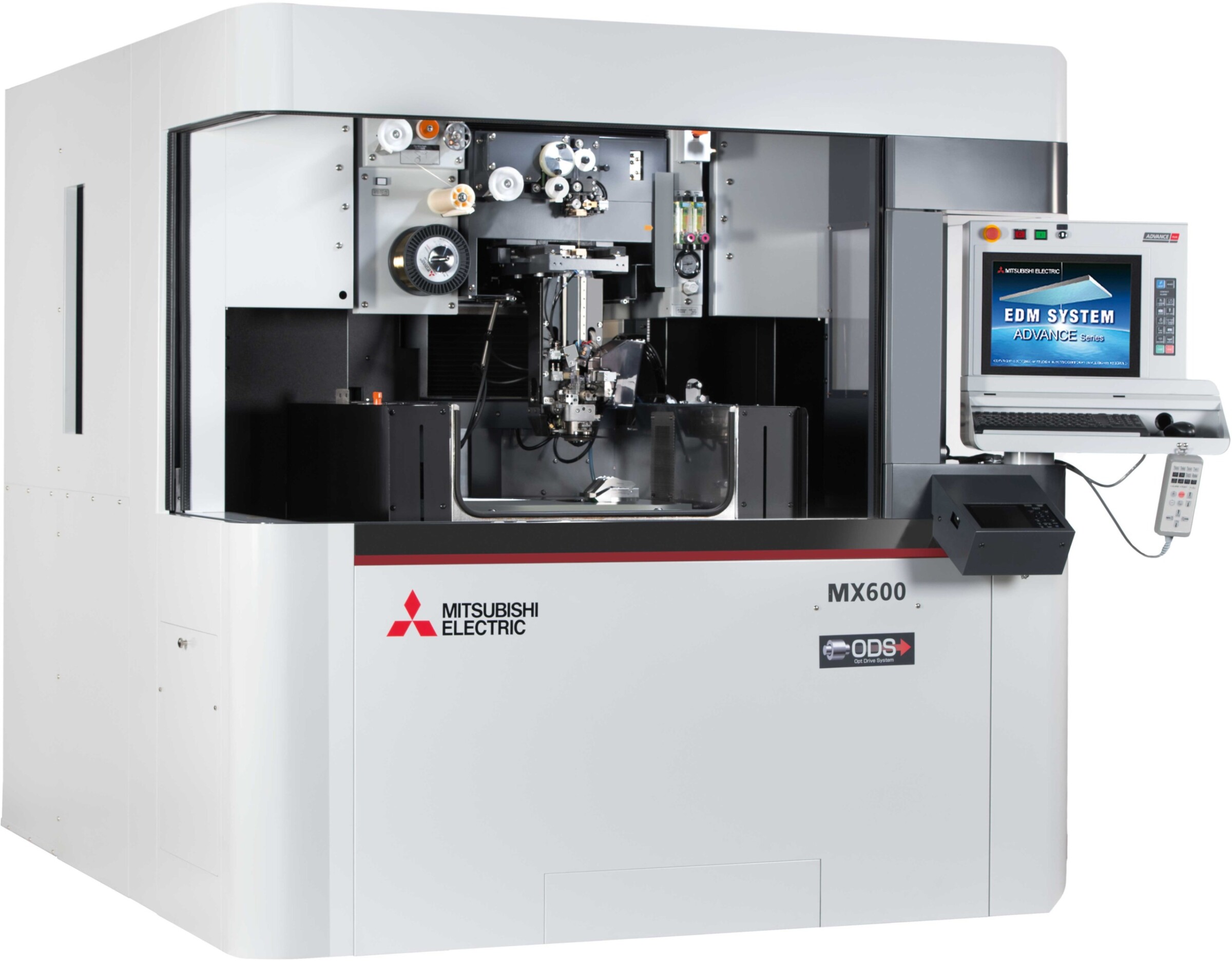 Precision and quality in oil

Precision and quality in oil

Wire-cutting in an oil bath permits the machining of even challenging materials with extreme precision and ­superlative surface finishes: 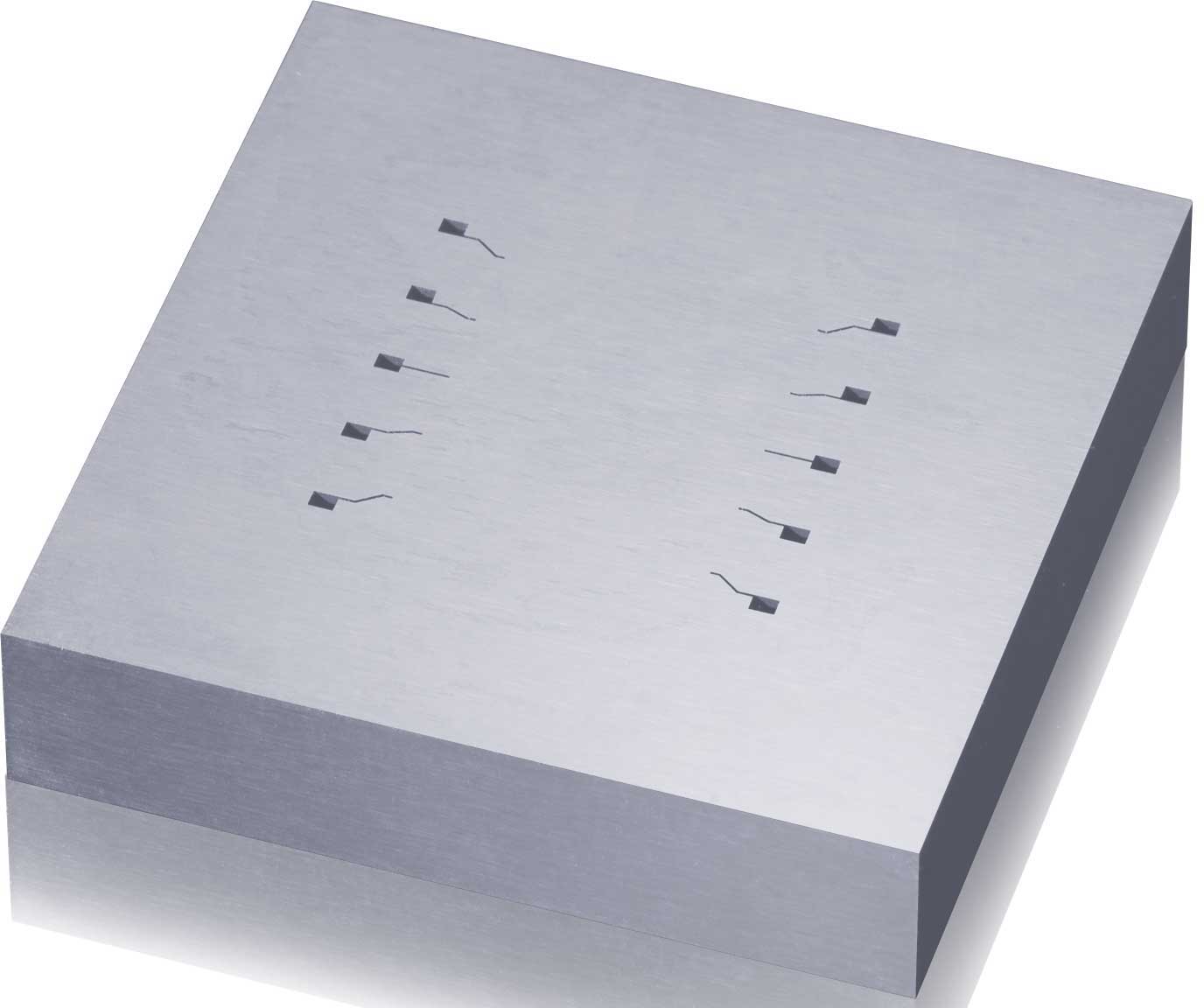 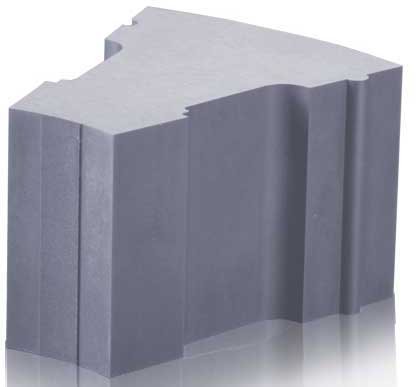 Designed for surface finish and accuracy. 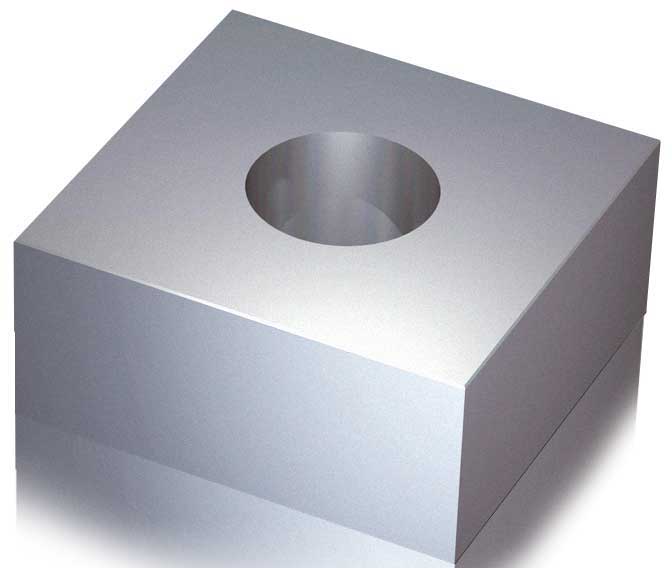