All the world’s a cage

Schwäbisch Hall is not only home to a well-known German building society. It is also the town where Legrom GmbH has made its home. According to its managing partner Werner Reinhuber, it produces “specialities”. And an MV2400S NewGen eroding machine from Mitsubishi Electric has a big hand in this. 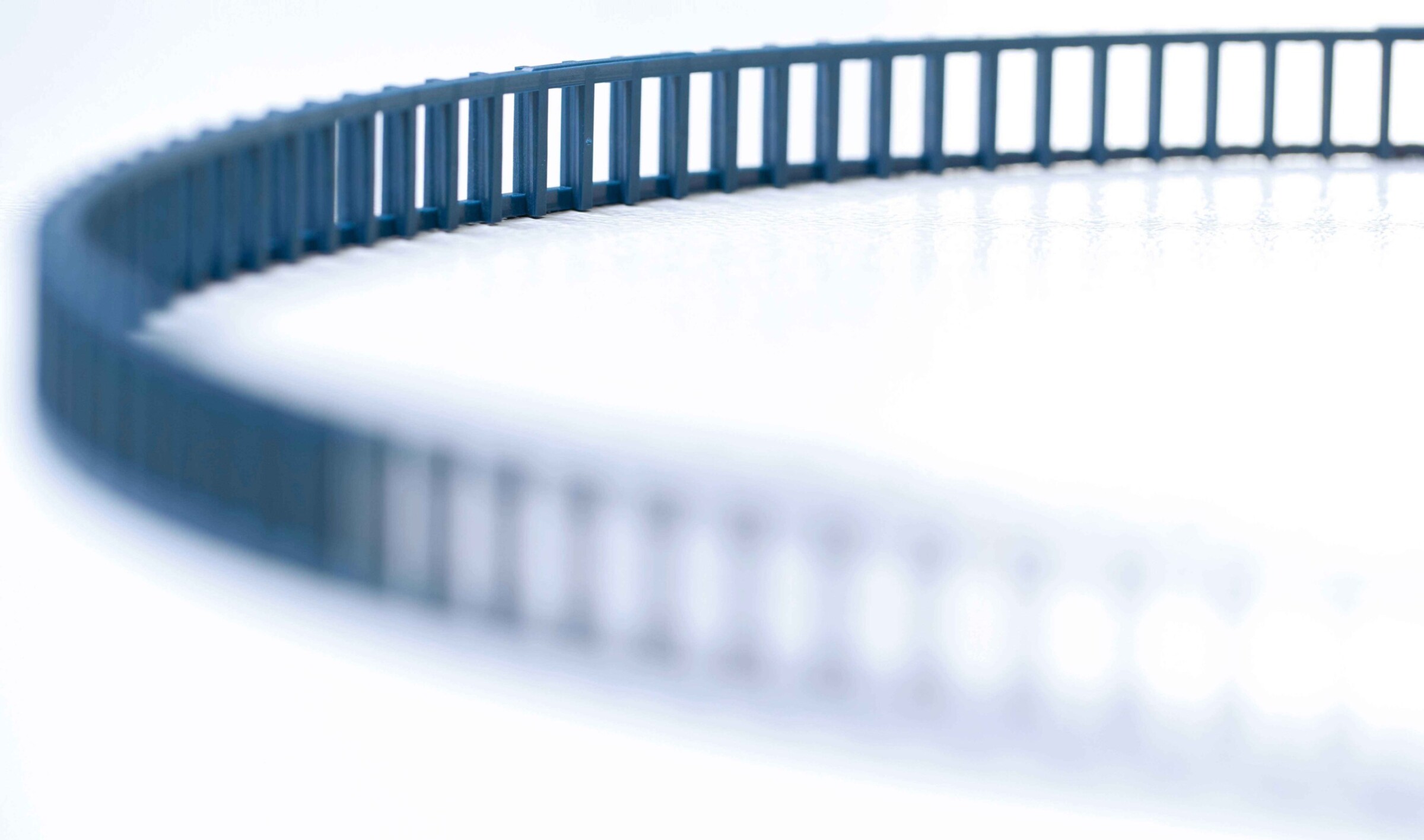 All the world’s a cage

Schwäbisch Hall is not only home to a well-known German building society. It is also the town where Legrom GmbH has made its home. According to its managing partner Werner Reinhuber, it produces “specialities”. And an MV2400S NewGen eroding machine from Mitsubishi Electric has a big hand in this.

All the world’s a cage.

It is mainly plastic rolling element cages that Legrom has specialised in and for which the company also develops and builds the associated injection moulds. Some cage types were even patented in Germany and the USA. What may not mean a great deal to the technical layman, Werner Reinhuber is decidedly enthusiastic about. “We primarily manufacture rolling element cages,” he says, “as original parts for automotive suppliers and machine and vehicle manufacturers. All of them high-precision, high-quality and unique. We don’t engage in mass-production.” In fact, some of these bearing cages have a diameter of only a few millimetres and have intricate seats for a few tiny steel balls. Other cages, obviously for rollers, are an estimated 30 times larger.
Spare parts for spinning machines are a lucrative business. Domestic textile manufacturers have been having their products manufactured abroad for a long time now. A number of companies from this sector have also been taken over by Chinese investors. For reasons of cost, many of them have their machines produced in the China or in other Far Eastern countries. But when the machines required for this start showing their age and have to be overhauled, there is often a lack of high-grade spare parts. 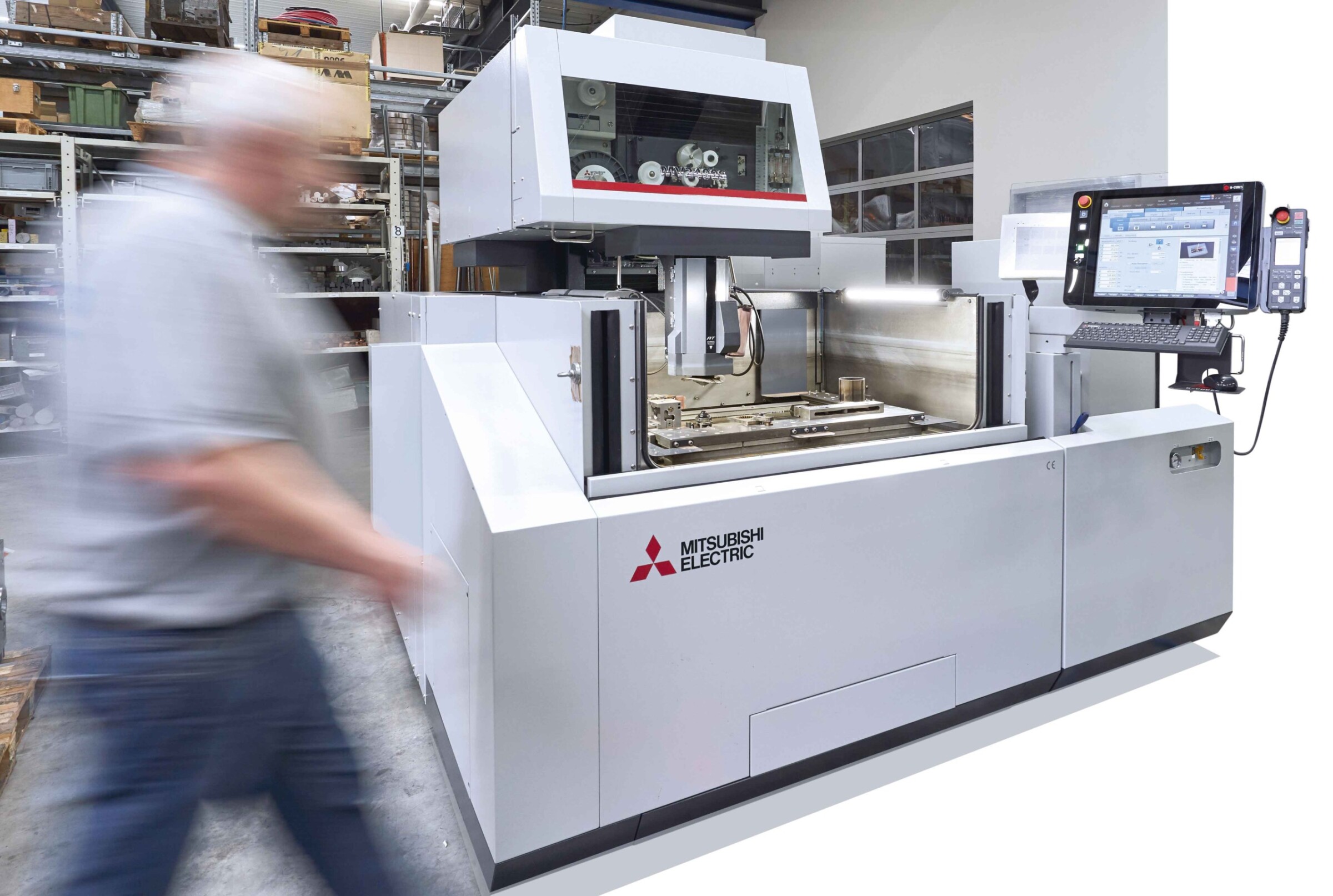 Reinhuber: “In principle, spindle brakes and gripper and feed systems are catalogue goods. They can be manufactured anywhere in the world if the necessary process know-how is available in addition to the technical requirements. But we’ve been confronted incredibly often with the claim that the quality of such replacement components is catastrophic. And that’s where we take our cue. Our products are distributed via a worldwide network of sales representatives. There are very few countries that we don’t serve. And we attach exceptional importance to quality.” Not least for this reason, Legrom buys both the plastic granules for the components and the tool steels from which the injection moulds are made exclusively from certified dealers and manufacturers in Germany and the rest of Europe. 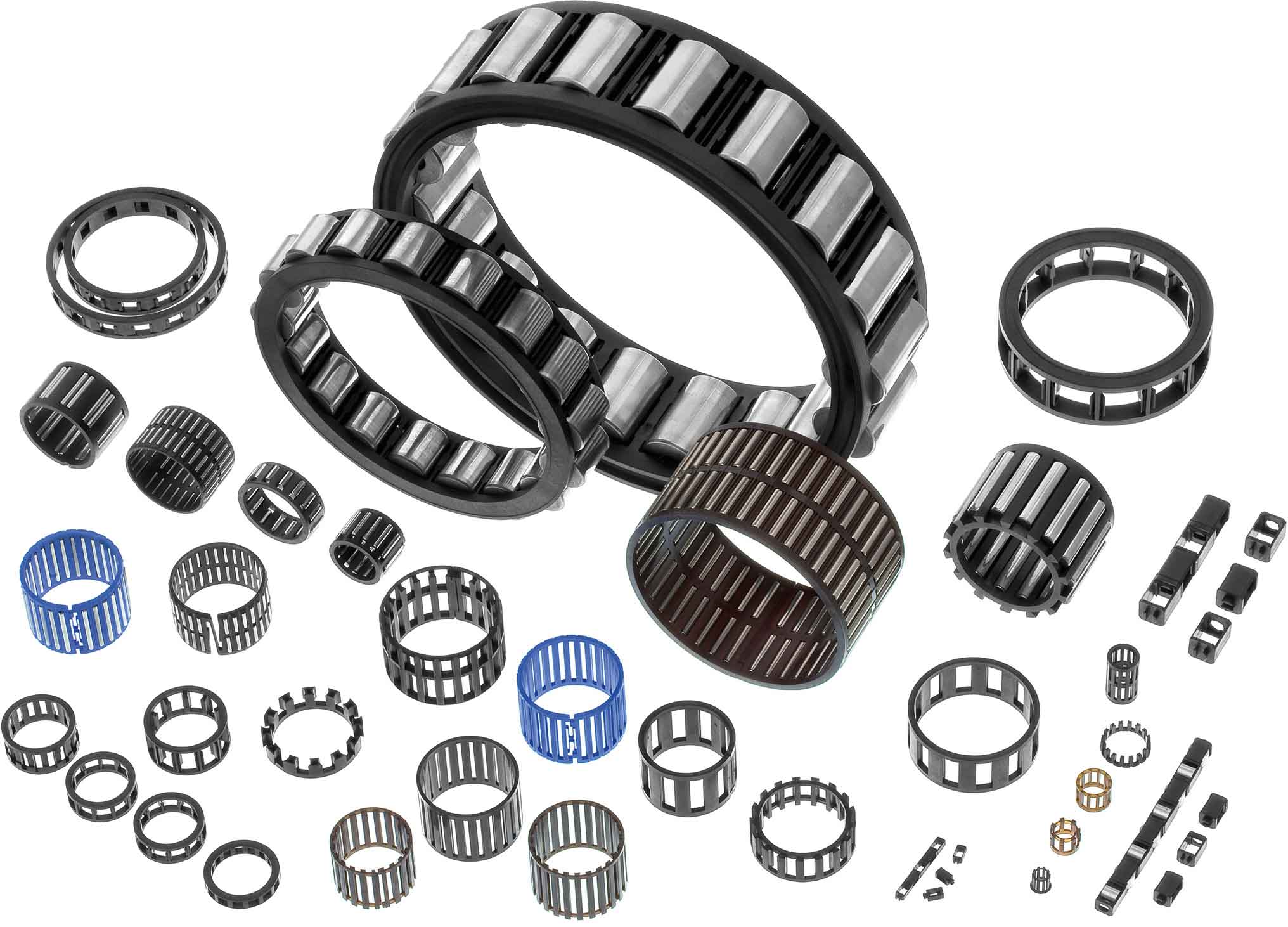 Overview of various bearing cages in all shapes and colours

The details of almost all commercially available components for spinning machines are stored digitally at Legrom. This way, the experts immediately know their specifications, the composition of the materials and so on. Nevertheless, much is designed with Visi CAD/CAM, a software program ideal for tool- and mouldmaking. Thanks to its CAM system, the geometry data and machining programs generated in the CAD system for the CNC machines are conveniently transferred to Legrom’s production department. 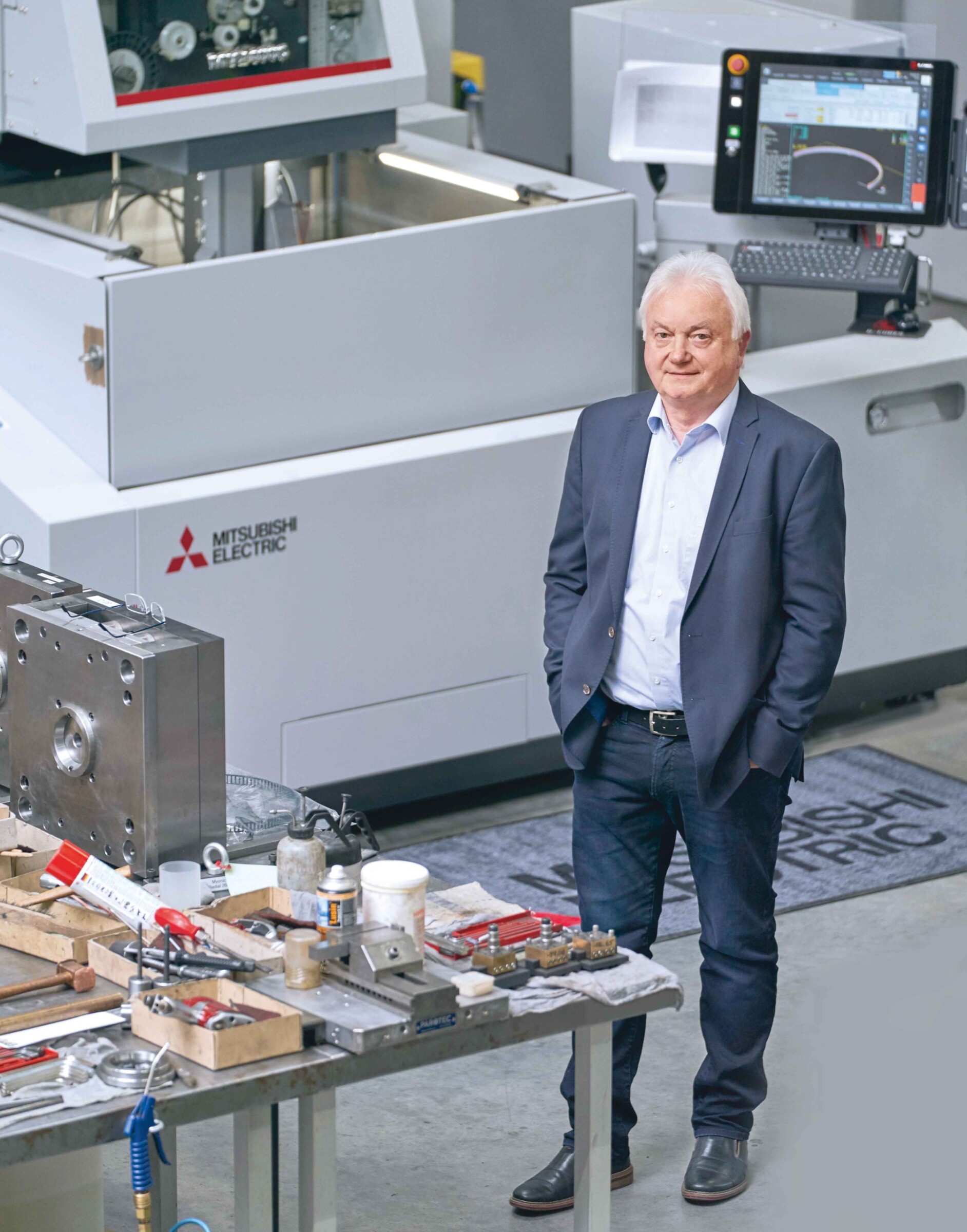 The wire threading of the MV2400S NewGen is much more precise. Thread a 0.25 mm EDM wire into a 0.4 mm hole? No problem. We haven’t had a single malfunction with this machine yet.

Since August 2018, an MV2400S NewGen wire EDM machine from Mitsubishi Electric, has been in operation there, replacing a machine, originally bought second-hand, of the same provenance and somewhat long in the tooth. It was still working with micrometre accuracy, but its control system didn’t have an Ethernet interface. “When we cut highly complex geometries, the data volume is correspondingly high,” explains Werner Reinhuber. “But the control of this machine was unable to process such amounts of data. We had to ‘portion’ the data, store it on a diskette and process it bit by bit, which, of course, is an enormous brake to productivity.” That’s all over with the new machine now. The control communicates via an interface with Visi’s CAM system. However, the toolmaker can still make minor corrections to the respective cutting program based on his expertise. 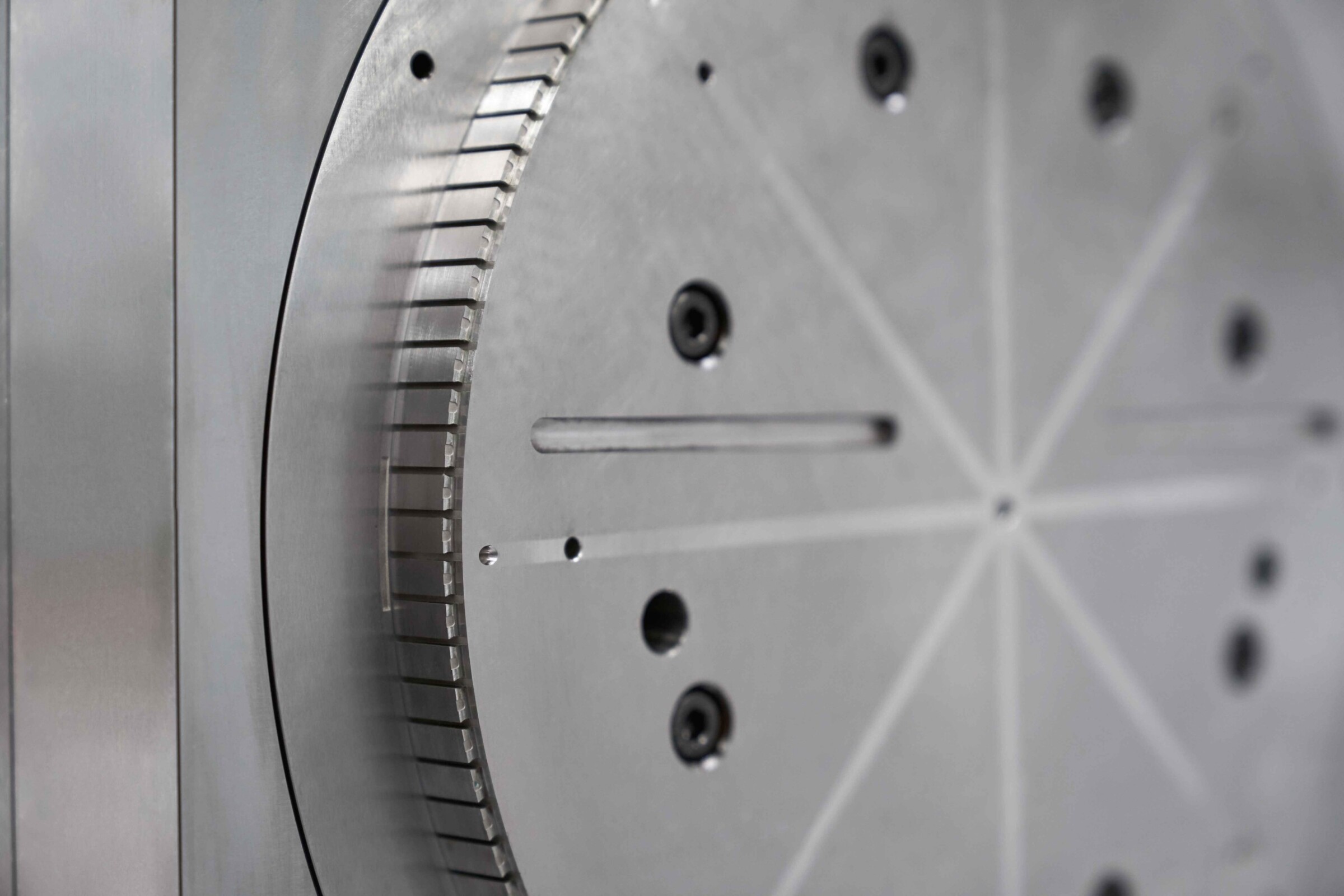 Wire-eroded are not only the geometries of the future plastic cage, but also movable functional elements such as slides for demoulding. Reinhuber explains: “What you don’t need at all on bearing cages are burrs. However, these form when the functional elements in the ­injection mould have too much play. We prevent this by wire eroding as many elements as possible. The machine and the process are so precise that the eroded parts are simply a perfect fit with a tolerance of less than five micrometres”. Many years ago, he says, such slides were machined, then hardened, “and then it either fitted or it didn’t”. It is easy to imagine what this means with up to 40 angled slides in a single tool. 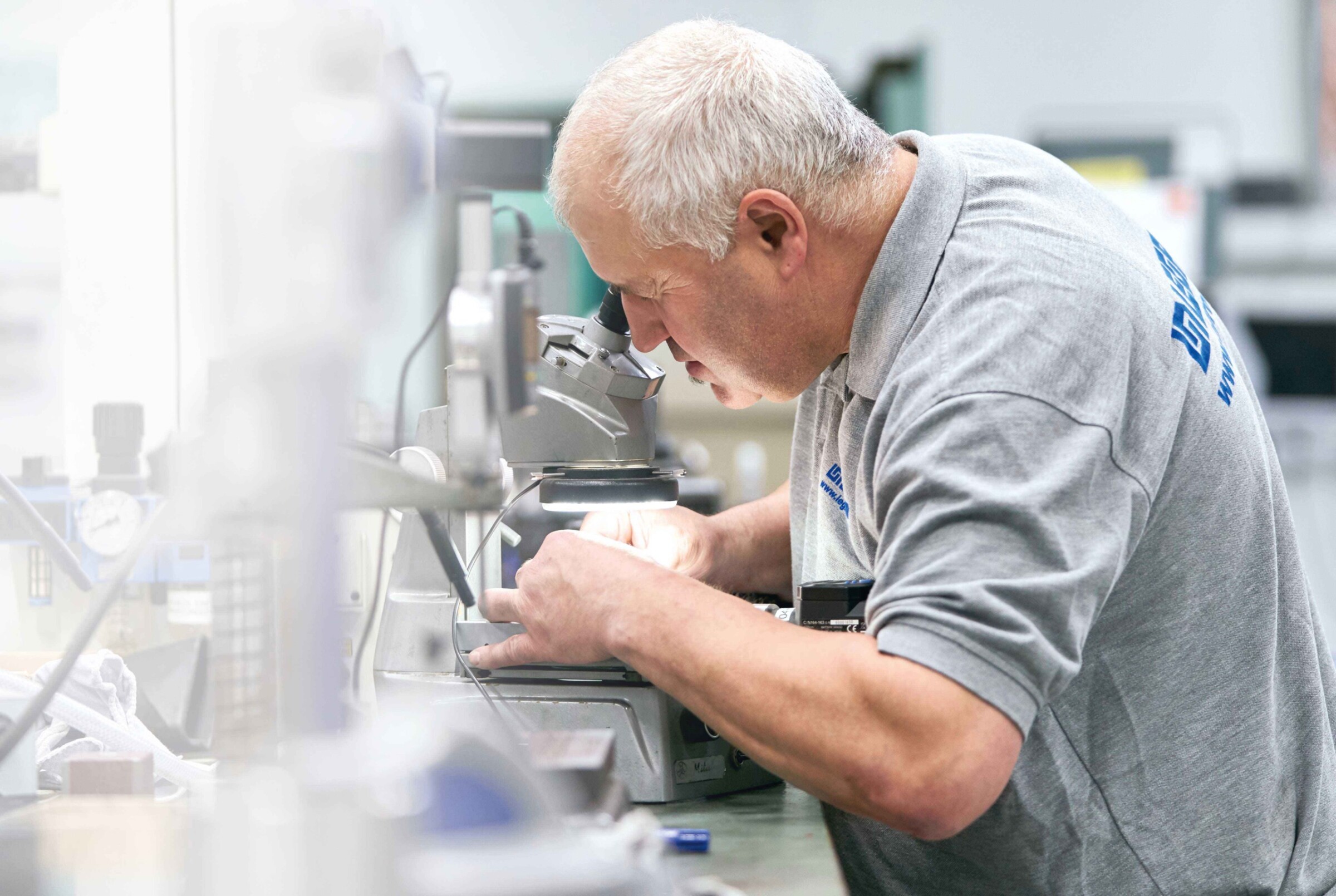 In addition to the precision and more convenient control of the MV2400S NewGen, Reinhuber praises the increased process speed during wire cutting. This is illustrated by a specific comparison: to process one and the same cutting program, the old EDM system took just under 45 hours, but the new one just over 37.

He is also impressed by the improved automatic wire threading: “When there was a wire breakage on our old eroding machine, it tried to rethread the wire again up to five times. If that didn’t work, the machine reported a malfunction. The wire threading of the MV2400S NewGen is much more precise. Thread a 0.25 mm EDM wire into a 0.4 mm hole? No problem. We haven’t had a single malfunction with this machine yet.”

Reinhuber describes Corehold technology as “a wonderful story”. When cutting a penetration, it prevents its inner core from dropping as waste into the tank. For this purpose, the eroding machine reconnects the shape to the core after the cut has been made by applying a previously defined number of tiny spot welds. Previously, such a penetration had to be roughed leaving a tiny web. With the machine switched off, the toolmaker was able to push it out and fetch the core out of tank.

“That was very time-consuming,” says Reinhuber in retrospect, “especially when many such openings had to be cut. And on top of that, it tied up personnel for many hours. With the optionally available Corehold function, we can now continuously cut as many openings as we want, even in unmanned shifts or over the weekend. Once the work has been completed, the toolmaker only has to remove all waste parts from the openings. It’s quite simple. Afterwards, all that’s left to do is trim. That’s what I call productivity.”

Now eroding is generally not regarded as an energy-efficient machining process. But this was not so crucial for Legrom in its decision to invest in the new wire EDM machine. The company saves energy in other areas – by using solar and geothermal energy and changing the building’s lighting to LEDs, for example.

Many advantages at an attractive price.

For Reinhuber it was obvious pretty soon that “the new one” would again come from Mitsubishi Electric: “We have been more than satisfied with the old machine for many years. So there was no need to change supplier at all. We formulated in detail all the requirements for the new machine that are important to us. On this basis, Hans-Peter Barth, Mitsubishi Electric’s agent responsible for our area, advised us very competently on the selection of the machine. He also recommended the Corehold function, which I wasn’t even aware of until then. And so the decision for the MV2400S NewGen was taken. It offers many advantages at a reasonable price.” 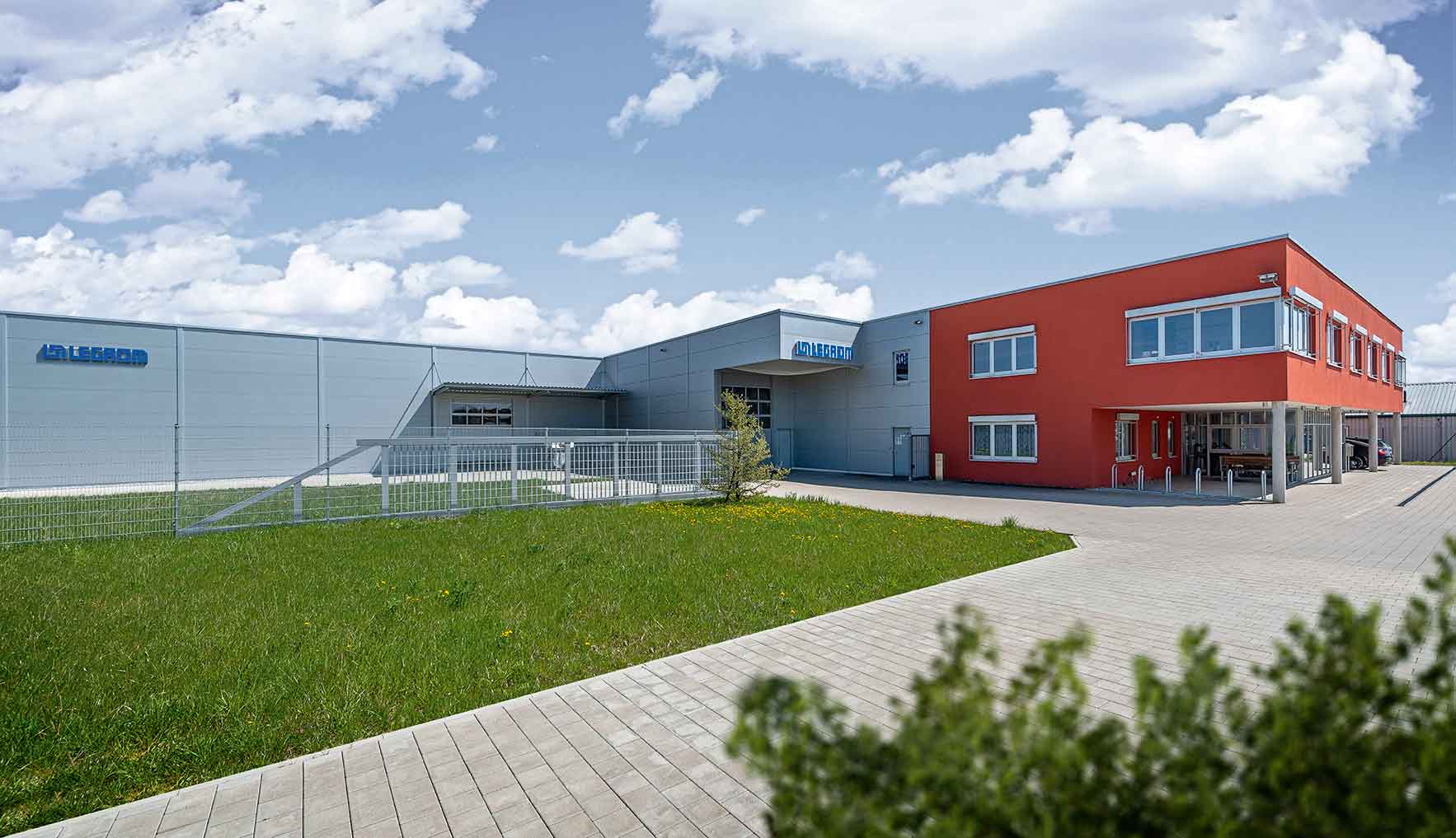 Founded at the end of the 40s as a toolmaker with plastics processing in Thuringia.

Core business:
Tool- and mouldmaking for the production of injection-moulded parts from plastics and renewable raw ­materials for the textile and automotive industries and machine manufacture