For five decades, the Caleffi Group has been suc­cess- ­fully specialising in the production of components “Made in Italy” for heating, cooling, sanitary and renewable energy systems. Key added value is gen­erated by Mitsubishi Electric electrical discharge ma­- chines, and particularly the NA 2400 Essence. 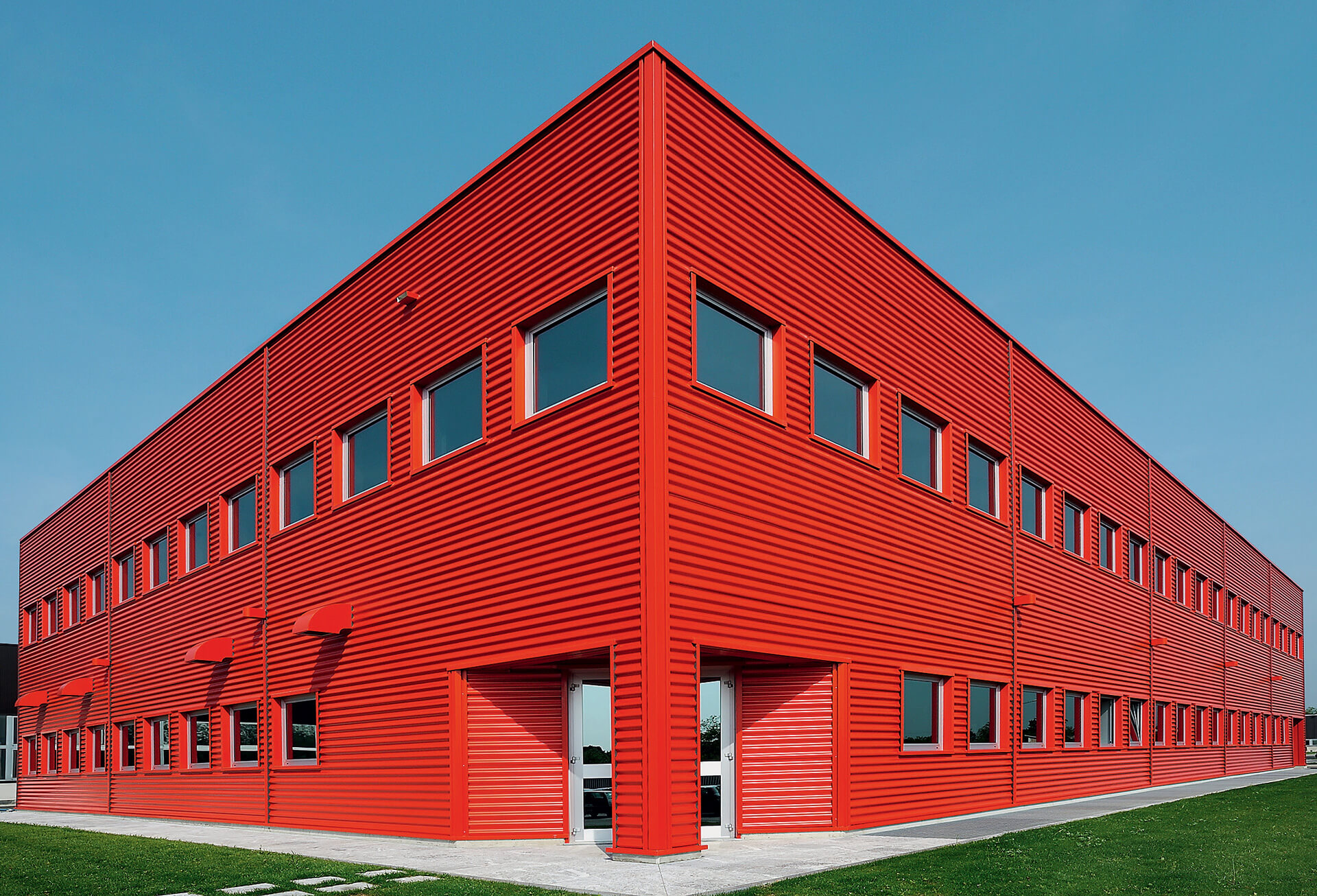 For five decades, the Caleffi Group has been suc­cess­fully specialising in the production of components “Made in Italy” for heating, cooling, sanitary and renewable energy systems. Key added value is gen­erated by Mitsubishi Electric electrical discharge ma­chines, and particularly the NA 2400 Essence.

More than a thousand employees, three production facilities in Italy, sales agencies and representative offices in Europe, America, China, Japan and Australia: these are the key statistics of Caleffi, a leading Italian Group specialising in heating, cooling, sanitary and renewable energy systems, for private and industrial users. Last March, the company celebrated its 50th anniversary.

In 1961, the company, acting as sub­con­tractor in the valves sector, started busi­ness with the manufacture of connectors and accessories made of brass and steel. But, soon, thanks to a strong sales management, the prod­uct range shifted and the company serv­ed a different market. Caleffi branded finished products were sold by a sanitary wholesaler. These five decades have been a period of success, risk, commitments and investments in manufacture, research and development, and communication. The corporate philosophy is still unchanged: being aware of its own possibilities and values, without forgetting its origins or identity. As at the beginning, its attention continues to be focused on quality (the original and updated versions of “UNI EN ISO 9001:2008”, which came into effect in 2010), technical detail and innovation. 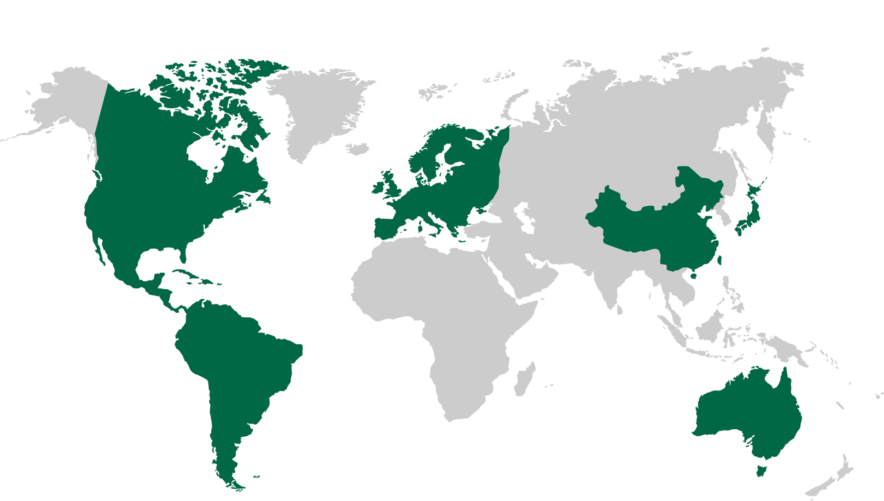 Caleffi has sales offices and representatives in Europe, America, China, Japan and Australia.

“Five decades have been a period of success, risk and commitments.”

Every year is important in a company’s history, but 2008 year held a special symbolic value for Caleffi: the new Research Centre was built and inaugurated, a link between tradition and innovation. The Caleffi Group has always carried out product tests as well as design and development, but since 2008 all the competences, equipment and evaluations have been accommodated in a single dedicated facility called “Cubo Rosso” (or Red Cube). Red in honour of science and Italian technology, as well as symbolising leading industrial brands
and larger Italian technology cen­­tres: en­trepreneurial activity and scientific research attract each other by aspiring to excellence. Red highlights the build­ing structure in its local setting. A cube where the soundness of the firm meets the scientific nature of research, symbols embracing the essence of Ca-leffi’s commitment to continuous improvement.

The latest innovation introduced by Ca­leffi has been MAV, the Italian abbreviation for Automatic Vertical Stores. Customers thus benefit from improved ser­vice and optimised logistical processes. Inventory management and handling and order management are executed ful­ly automatically and reduce processing time and human error. Operating to full capacity since January 2010, MAV is a huge parallelepiped built close to Caleffi’s head office in Fontaneto d’Agogna (in the Novara district). Consisting of self-supporting metal structures, it man­ages finished and semi-finished products stored in boxes or pallets.

A series of investments made in a not so prosperous period as evidence of a company constantly believing and investing in itself. 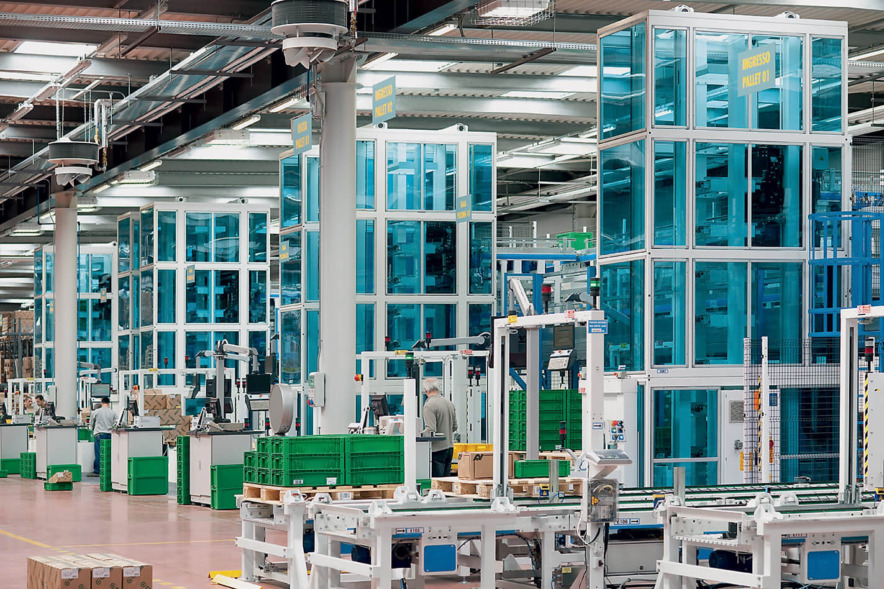 A distinctive feature of the Caleffi Group is its complete autonomy in produc­-
tion. In fact, all the production steps take place on three Italian sites: from component design, mould development, and toolmaking through to detail moulding.

The Caleffi Group’s workshop is equipped with high-speed machining cen­tres, milling machines, lathes, multitasking ma­­chining centres, electrical discharge machines, welding machines and la­ser incision systems. Among the various tech­nologies in the workshop, EDM is of great importance because it ensures extreme tool precision, among other things. And this is why Caleffi has chosen machines from Mitsubishi Electric. 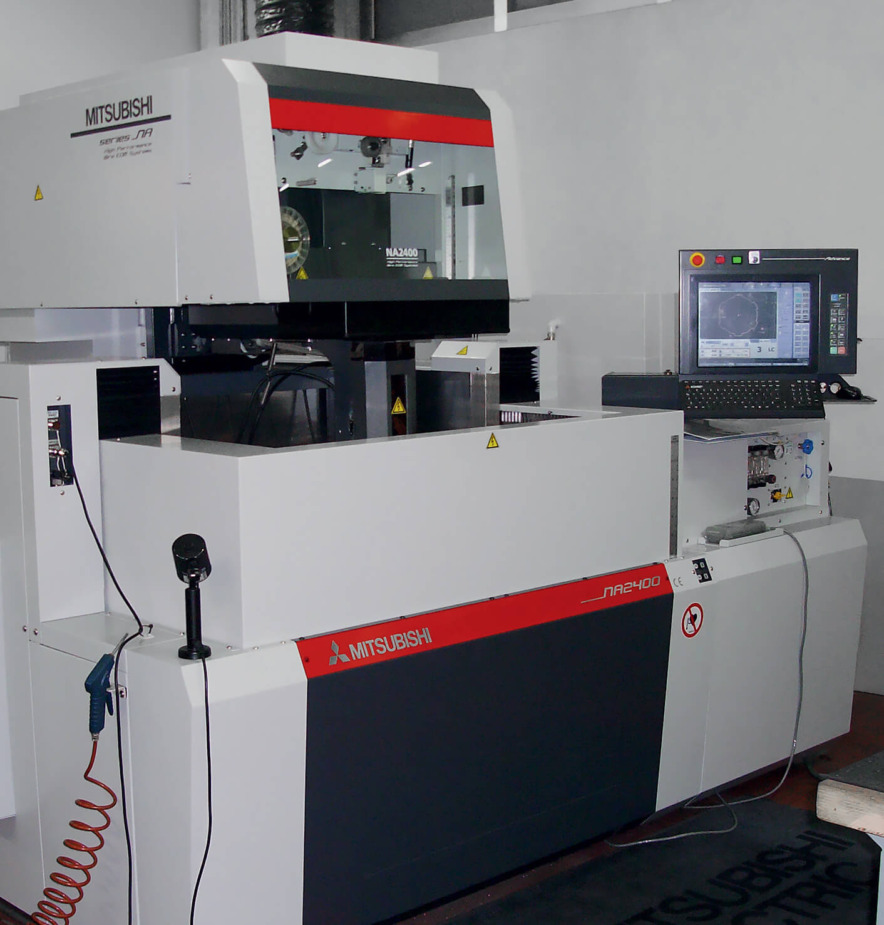 The NA 2400 Essence model in the Caleffi workshop.

“Only the NA 2400 Essence fully satisfied our requirement for high precision.”

The most recent purchase in the workshop is the NA 2400 Essence, in operation since last December. “This new model,” Cristian Trunzo, engineering as­sistant in Caleffi’s workshop explains, “has replaced another Mitsubishi Electric machine. We carried out test machin­ing on several wire EDM machines from different manufacturers, but in the end only the NA 2400 Essence fully satisfied our requirement for high-precision.”

The NA Essence occupies a position at the high end of the market and is the result of the combination of successful and reliable technology over many years with highly innovative developments. “The machine,” says Andrea Curti, responsible at Caleffi for mould design, “uses an optical servo drive system, combined with tubular shaft drives. This system is the ideal solu­tion for slow but precise movements, as are typically required for high-precision wire EDM machining. This unique approach enables to get the highest dynamic response together with the highest precision.”

Caleffi workshop’s machining requirements relate to very small radii and extremely moderate roughness, e.g. Ra 0.1 µm. “Thanks to our new wire EDM,” Trunzo explains, “we are able to machine our tools com­plete­-
ly, without the need for finishing on the grinding wheel.” The best roughness achievable with the Digital FS Generator is 0.05 µm Ra. This result obviously depends on the material and height of the workpiece and can be achieved by using a simple brass wire.

In addition to the D-FS Generator, the NA Essence series is equipped with a Digital AE II Generator, which controls the vertical discharge position and permits the attainment of outstanding work­piece parallelism. The X/Y/U/V ax­is measuring system is achieved with linear scales. The entire unit carrying the U and V axis is moved simultaneously together with the automatic threading device and with the upper head of the ma­chine whenever the Z axis is moved. The Z-axis is directly controlled by the CNC and can move simultaneously with the other four axes. The tank permits the machining of workpieces 305 mm in height (submerged). “A further strength of the machine,” Trunzo points out, “ is ease of access to the work­ing area thanks to the drop tank with its incre­men­tal adjustment.”

To obtain maximum stability during machining and therefore to ensure minimum roughness even under the worst conceivable machining conditions (high depths and during taper machining), Mitsubishi Electric has conducted strict computerised tests on wire vibration. Based on the findings, the wire threader and wire guide have been optimised for the achievement of a virtually vibration-free process. Furthermore, the
automatic wire threader has been analysed and adapted over the years for extreme­ly high reliability, without com­pro­mising on the advantages of closed wire guides. “On the NA series, the new-generation threading mechanism enables us to save time considerably. A notable achievement here is 10 seconds’ cycle time for 100 mm depth,” says Curti. 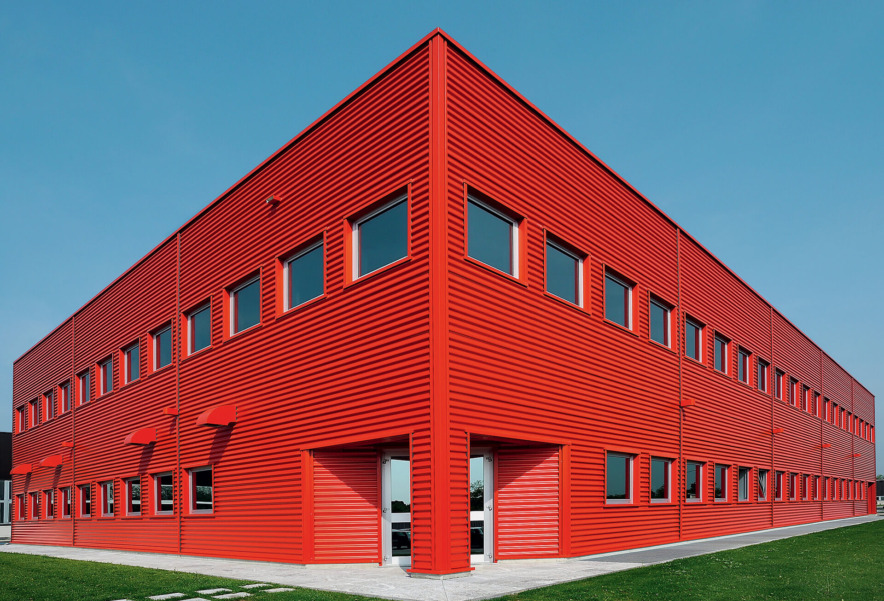 In March 2011, the Italian industrial company celebrated its 50th anniversary and looked back on a successful business history. Its his­tory is marked by constant change, growth and a consistent customer orientation.

Although the first business year generated sales of only EUR 3,573, the company amassed annual sales of EUR 252 million in 2010.

Caleffi first saw the light of day in March 1961 when Francesco Caleffi founded a small business with 15 employees for the production of valvesets, sleeves and accessories made of steel and brass. Thanks to growing demand, Caleffi grew fast. It soon had to set up its own sales organisation.

20 years later, Caleffi had estab­lish­ed itself as a brand on the Italian market, and the first contracts with OEM customers followed (Vaillant, Bosch, Landys & Gyr).

It set up its first branches abroad in 1981, one of them being Caleffi Armaturen GmbH in Mühlheim am Main in Germany. The product range was steadily extended at the same time.

Marco Caleffi took over running the company as sole manager in 1999. Caleffi now manufactures over 5,000
products on production space to­talling 78,000 m², exclusively at four locations in Italy. In addition to sales on the important home market, these are exported to more than 70 countries through its own subsidiaries and trading agencies.

Number of employees:
Over 1000 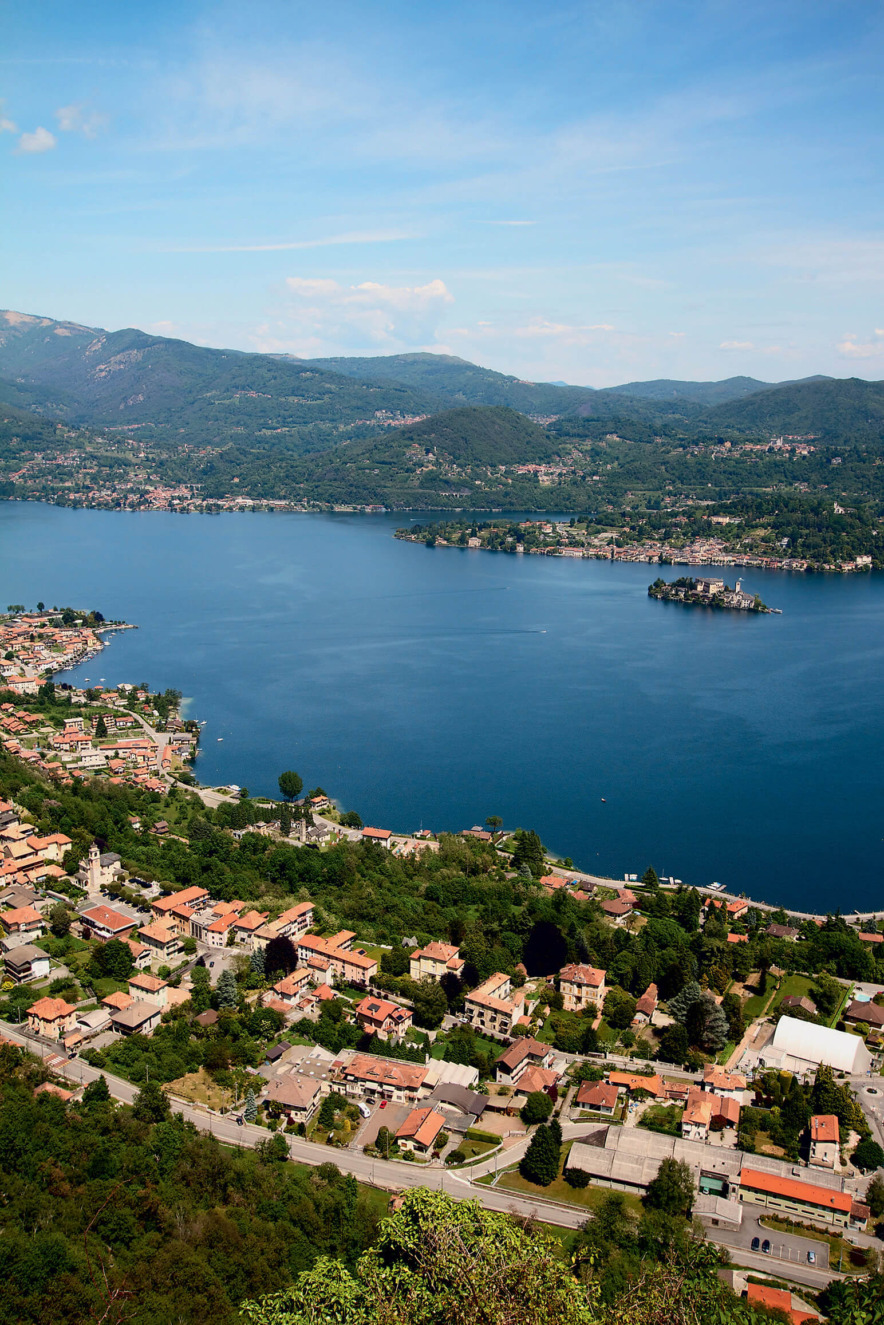