In the over twenty years’ history of Roman Weber GmbH, the company of the founder of the same name has evolved into Switzerland’s biggest wire EDM centre. With one-off production solutions, the wire eroders from Tobel succeed with what others consider impossible. The aspiration to superlative quality combined with cost-effective production remains unchanged. 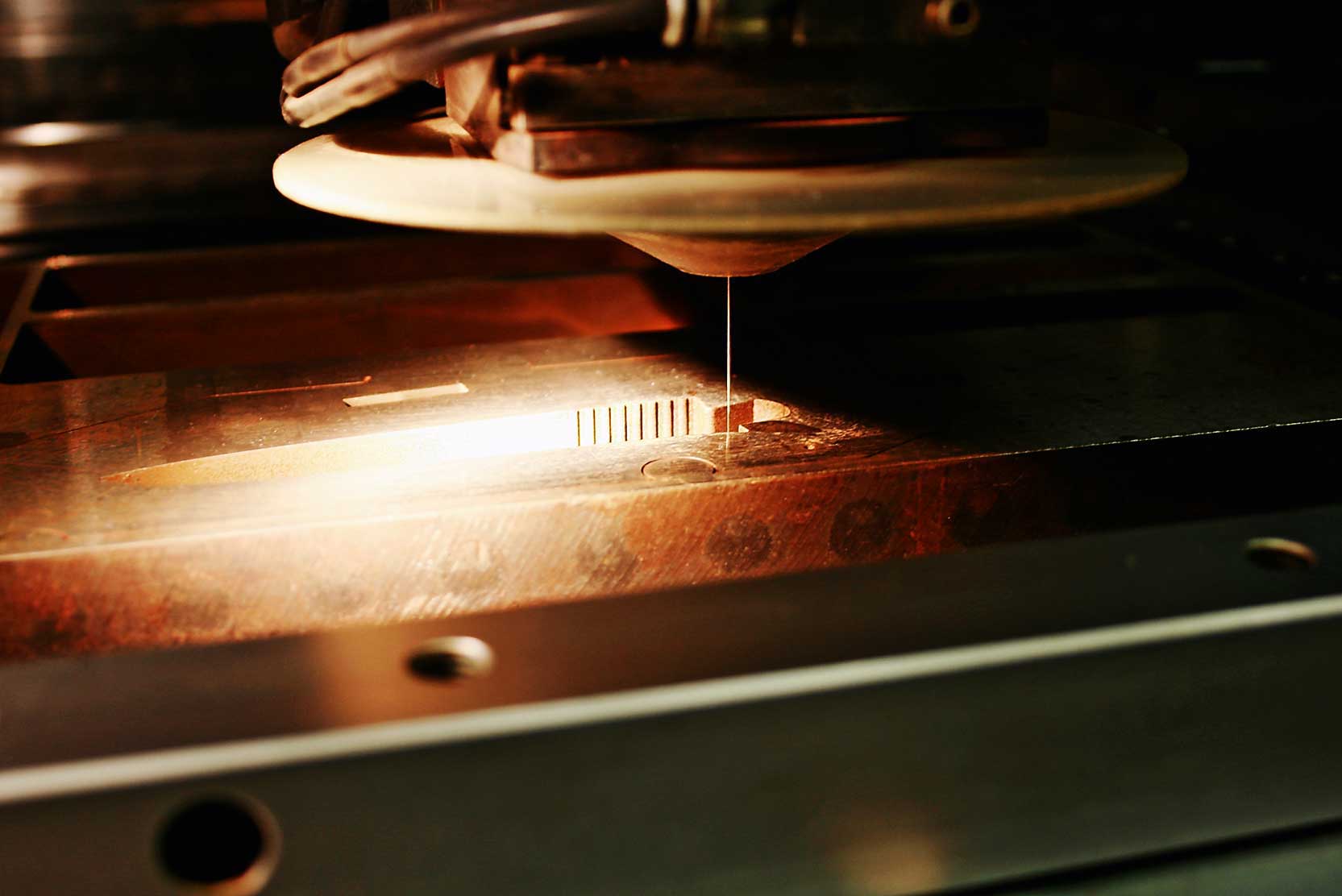 It’s the dream of every lad, young or not so young, to own a Swiss-made pen-knife or, better still, a Swiss Army Knife. However, until the product lands in the proud owner’s hands, it has to undergo innumerable production steps, starting with the stamped blanks for the blades. And, as befits a product from a watchmaking nation, a lot of precision goes into it.

Converting steel strip into a component of the world-renowned pen-knife is made possible by an FA20-S Advance from Mitsubishi Electric.

Wenger S.A., the Swiss pen-knife manufacturer, is domiciled in Francophone Delémont (known as Delsberg to German speakers). The company relies entirely on its own manufacturing installations for its products. Salvatore Palama, in charge of the mechanical shops and stamping, confirms this philosophy: “Our manufacturing depth goes a long way.” Wenger S.A. therefore operates a high-performance machine park. This starts with the machining of the stamping tools for the production of the blanks for the knife components. The stamping tools are eroded out of hard metal in the firm’s own EDM department, and then undergo a thorough control before being transferred to the stamping shop. Denis Berger, EDM group manager, explains: “Our customers not only expect our pen-knives to function absolutely efficiently and cut neatly, but they also want a perfect visual presen­tation, almost like that of a piece of jewellery.” And this high quality starts with the stamping tools. 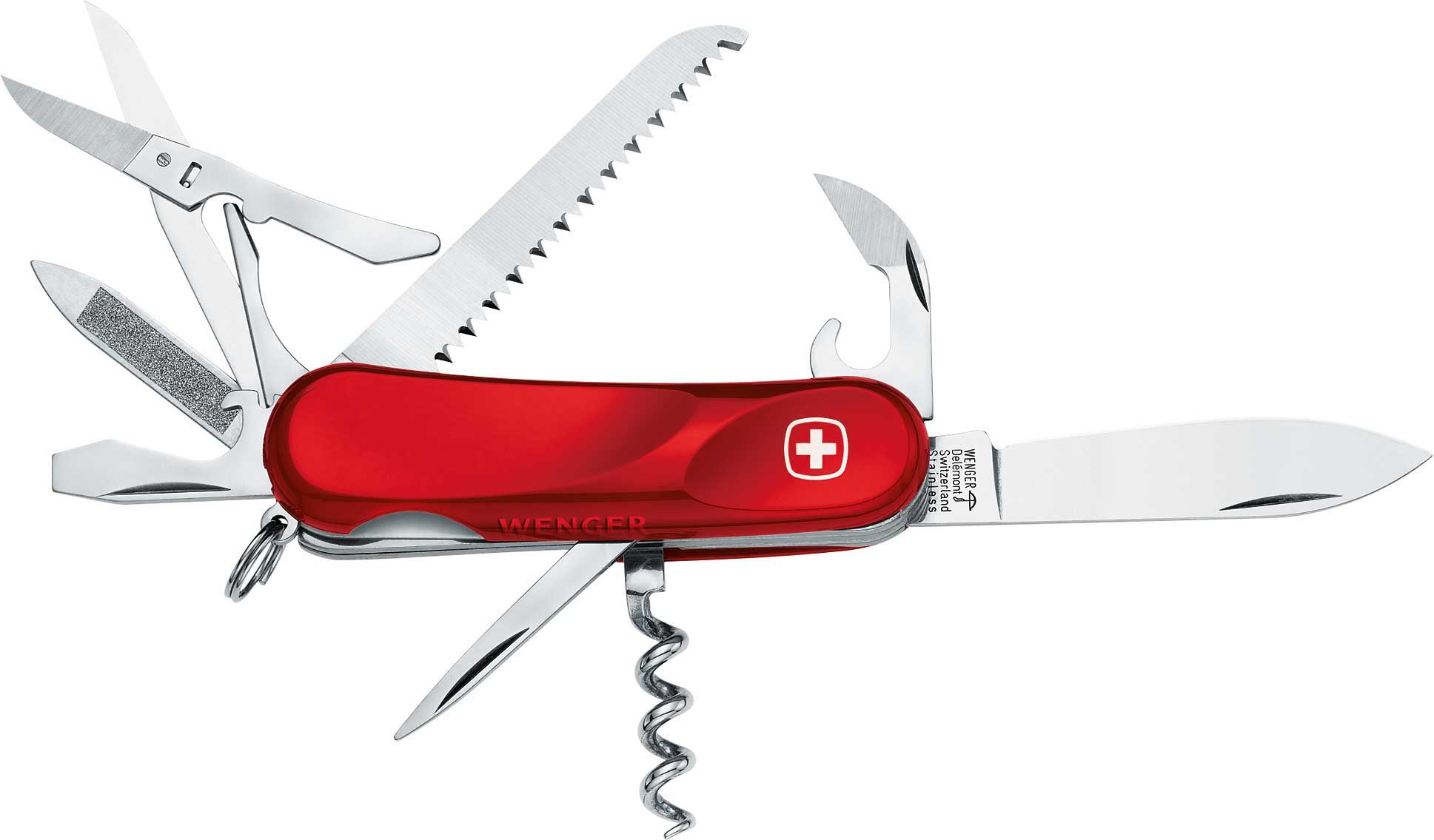 The decision to replace the existing wire erosion machine had already been taken. Wenger S.A. set up a work group under Denis Berger’s technical supervision: “We visited various suppliers of such machines on the market and asked each of them to machine a complex sample workpiece with the geometries typical of our products.” The comparison of the results showed the quality the various machines were capable of. Denis Berger: “One of the critical surfaces was an arc with a radius of 700 mm. On the FA20-S Advance from Mitsubishi Electric, this arc was very neatly cut out without any discontinuities – an impressive achievement.” Although Wenger S.A. did not have any machines from Mitsubishi Electric in its shops at the time, the tests persuaded the experts to go for this machine.

From the DXF file to the erosion program

The technical office supplies the drawings of the ram and die as DXF files to the EDM department where Berger carries out test machining and adapts them if necessary to the machine before converting the files with suitable software into a CNC program. In the machine control, the file is then given the erosion values by the generator control. This is a labour-saving feature in Denis Berger’s view: “We have to work with great concentration here, as any errors will usually only become apparent on the finished part, which then becomes a costly reject. But the machine relieves us of some of the work.”

A surprising benefit of the FA20-S Advance is highlighted by Salvatore Palama: “Access to the machining zone is provided by a protective door that retracts into the machine bed rather than, like on other products, opening out into the work area around the machine. We thus gain spacious access to the machine, a genuine improvement.” Machine set-up is correspondingly simple: “We expect it to take two-thirds of the time required on the other machines that we use.” Berger is also appreciative of the comfortable threading of the erosion wire. The chopping of the wire after machining is a very useful solution, he feels. “This reduces considerably the volume of the cutting wire that has to be disposed of, and the problem of coiling up the remaining wire simply doesn’t arise,” he adds. This is an expert who knows what he’s talking about.

“Getting to know the machine thoroughly is the first requirement if you want to achieve a high-quality end-product,” Berger states. He estimates that his team took about six months to explore the full potential of the FA20-S Advance. This also included extensive training by Mitsubishi experts at the machine. This is where Salvatore Palama sees room for improvement: the technicians should be trained to speak better French – a point already taken up by Mitsubishi Electric distributor Walter Meier. For Denis Berger, working at the machine’s touchscreen is fun: “It makes communication with the machine simpler and more convenient.”

The FA20-S Advance has now been in production operation for a little over a year. In this period, the team has also gathered its experience. A big advantage of the machine is the huge vertical range permitted by the machine without compromising on quality in any important respect. This is something endorsed by Denis Berger: “On a workpiece with a machining height of 200 mm, we’ve measured a deviation of much less than a hundredth of a millimetre – which in my view is outstanding.” Salvatore Palama confirms that their team now has complete command of the machine. “So that we can guarantee the high quality of our products, we have to be able to work within the thousandth-of-a-millimetre range. The example shows that we’ve got just the machine for the job.”

The FA20-S Advance permits the use of cutting wire diameters of 0.1 to 0.3 mm. Denis Berger works exclusively with brass wire with a diameter of 0.25 mm: “This is the ideal diameter for cutting out our tools.” Cutting wire consumption, he believes, is a little higher than that of other machines, but this is more than offset by vastly superior productivity. Just how superior he’s unable to say at present owing to the lack of precise figures.

The FA20-S Advance wire EDM machine is used in continuous operation at Wenger S.A. The only opportunity for a spot check arises when the spool of wire is replaced, which is necessary once per day. An ideal machine, therefore, for unsupervised operation at night and at the weekend. Berger knows that he has no need to worry: “Should the wire break at any time, the machine runs automatically back to its starting point, rethreads the wire and, in its idling state, feeds the wire to ahead of the breakage point before resuming machining.” For Palama, this is one more reason for satisfaction: “This machine really does everything we expect it to.”

A glance back in history

From a simple knife to a versatile leisure tool

Two decisions result in today’s world-famous Swiss Army Knife. In 1886, the Swiss Army decided to equip each soldier with a simple, single-blade pen-knife. Just three years later, a new rifle was introduced that needed a screwdriver to take it apart and put it back together again. It seemed an obvious idea to integrate the tool in the knife, and this was the origin of the first multifunctional pen-knife with a blade, screwdriver, bradawl and can-opener. Today, Wenger stands for over 250 models of pen-knife, ranging from the basic model for home and garden use through to the exclusive multipurpose tool kit for adventure and trekking. This product line is backed up by further products such as wristwatches and other leisure accoutrements. 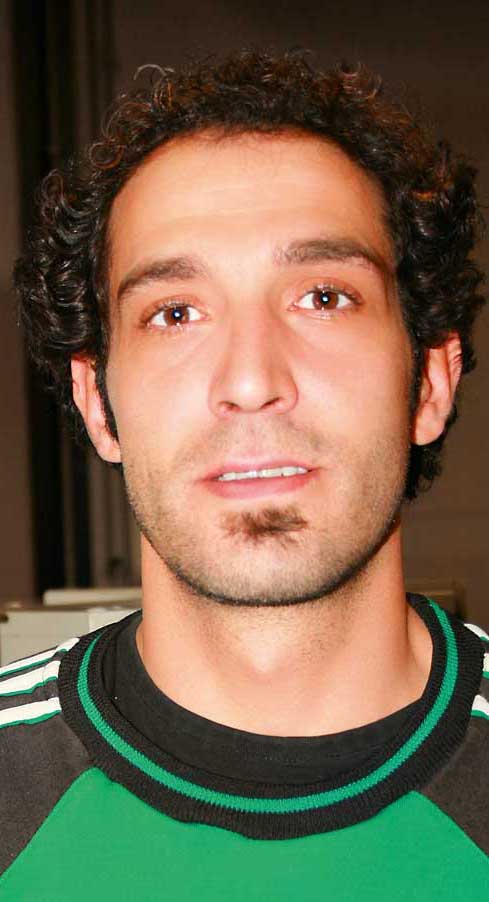 Salvatore Palama started his career by training as a fine mechanic at Wenger S.A. He then gathered experience in industry in a variety of companies before returning to Wenger three years later. Today, he runs Mechanical Production and Stamping with 15 employees and four trainees. For this, he’s currently training for his diploma as an industrial foreman. He is also active in the training of apprentices and is available as an expert for apprentices’ final examinations. He sees his future as one of lifelong learning and looks forward to a long career in the excellent working atmosphere at his present employer. 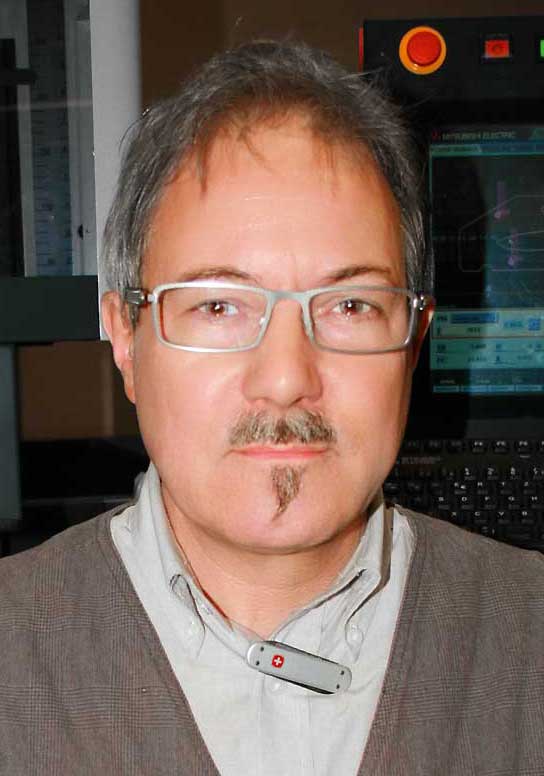 Denis Berger has been working for Wenger S.A. for over 25 years. Having trained as a toolmaker in the watchmaking industry, precision became second nature to him. His working career was then dominated by further training courses and he acquired broad industrial experience. At Wenger S.A. he specialized in the machining of exclusive materials by EDM, which became his passion. His employer later put him in charge of the EDM department. Denis Berger continues to make use of training opportunities and is proud of his State Diploma as an Industrial Group Manager. “So that parts achieve this quality, they need good machines and years of in-depth experience,” Berger says. He claims that he can tell from the sound of the machine whether or not it’s running smoothly.

Number of employees:
About 180