EDM as a calling

Producing high-grade components made of hard materials flexibly and at short notice has proven to be the recipe for success for Michael Mager in Zimmern ob Rottweil in Swabia. In doing so, he has been relying on EDM equipment from Mitsubishi Electric since the 1980s. 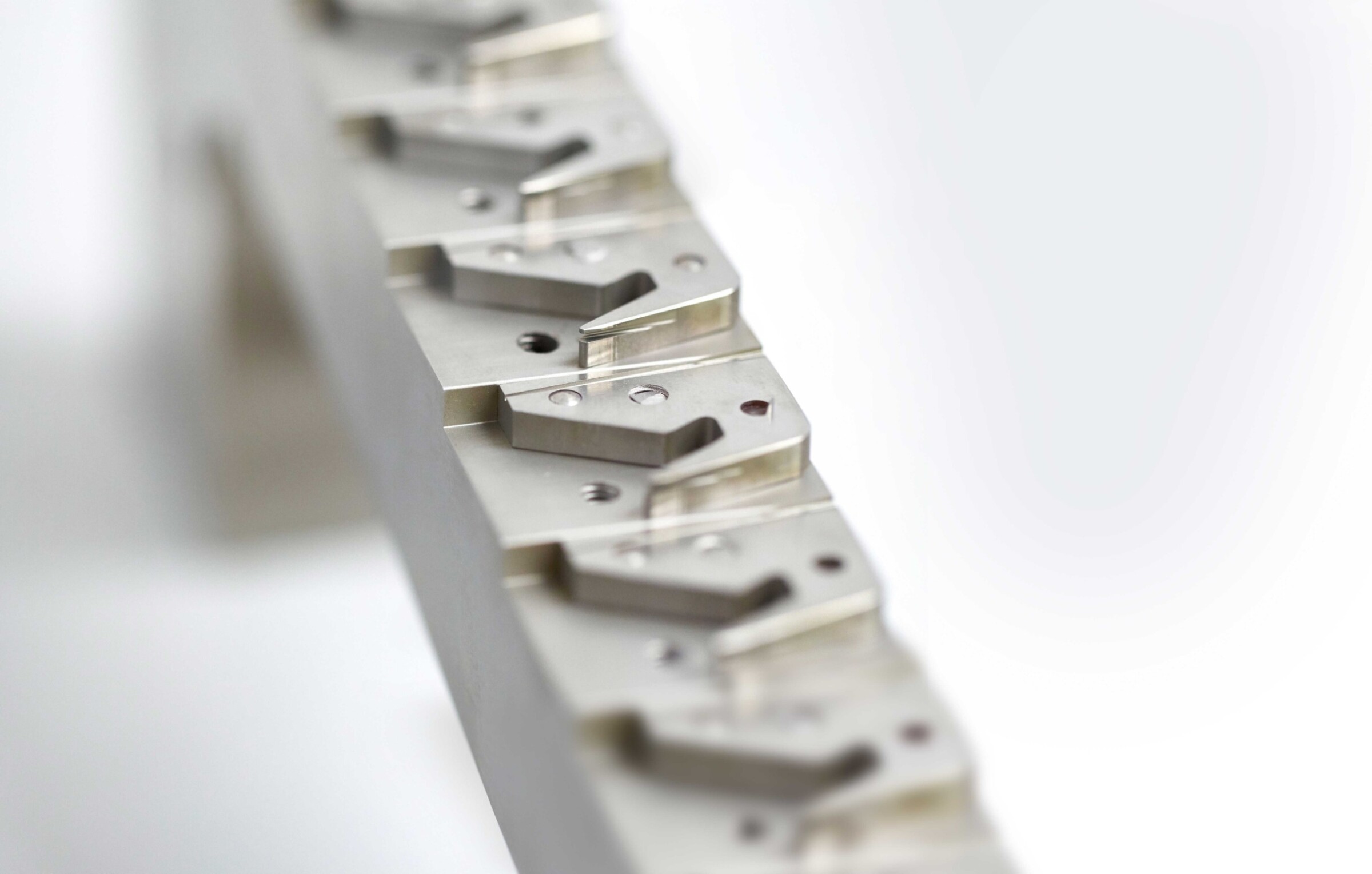 Producing high-grade components made of hard materials flexibly and at short notice has proven to be the recipe for success for Michael Mager in Zimmern ob Rottweil in Swabia. In doing so, he has been relying on EDM equipment from Mitsubishi Electric since the 1980s.

The second generation, Stephan and Benni Mager, are already following in the footsteps of their father and company founder. The latter first became acquainted with the then young technology of die-sinking during a holiday job in 1977. A few years later, as a mechanic working in a now long defunct toolshop in his home locality of Zimmern ob Rottweil, he turned his attention to wire-cutting. This contributed to his growing interest in technology and particularly in electrical discharge machining.

Appreciation of advice and service

At the beginning of the 1980s, Michael Mager recognised the special advantages of machine manufacturer Mitsubishi Electric at his then employer. “The advice and after-sales service even in those days were outstanding and impressive,” he says today, reporting on his longstanding experience. He mainly worked on a DWC90 wire-cutting machine. Since then, wire EDM systems from the Japanese manufacturer have been his constant companions in his continuing career.

In 1994, Mager started a jobshop in an outhouse of his family home. He concentrated on cutting workpieces made mainly of hardened materials. Even at that time, he was aware of and appreciated the special advantages of EDM technology. “EDM is a highly reliable process. You can work productively and generate value without constantly standing at the machine,” he explains. Building on his contacts and good experience, he invested in a DWC110SA from Mitsubishi ­Electric. This has proven highly successful. It is almost a ­member of the family and is still working accurately and reliably today at the Mager Erodiertechnik jobshop in Zimmern ob Rottweil.

Rapid growth thanks to specialisation

On the strength of his above-average quality, flexibility and tight delivery deadlines, Mager made a name for himself with a large number of companies in the region within only a few years, solely through personal recommendation. He thus increasingly received orders for the production of single items and small series. Back in 1996, he therefore invested in a second wire-cutting machine, opting for an SX10 from Mitsubishi Electric. This happened to be the 30,000th machine to be supplied by Mitsubishi Electric. In this series, the Japanese manufacturer installed, for the first time, the high-speed anti-electrolysis generator, which was extra-efficient according to the standard of technology of the time. “It had a large hand in ensuring that I could earn sufficient revenue from the outset of my own business venture. After tooling and setting-up before the end of work, wire EDMs from Mitsubishi Electric earn my income at reduced hourly rates to some extent overnight,” he explains. Having subsequently taken over the existing production building of the old toolshop and transferred his business there from his home, the jobshop went from strength to strength. 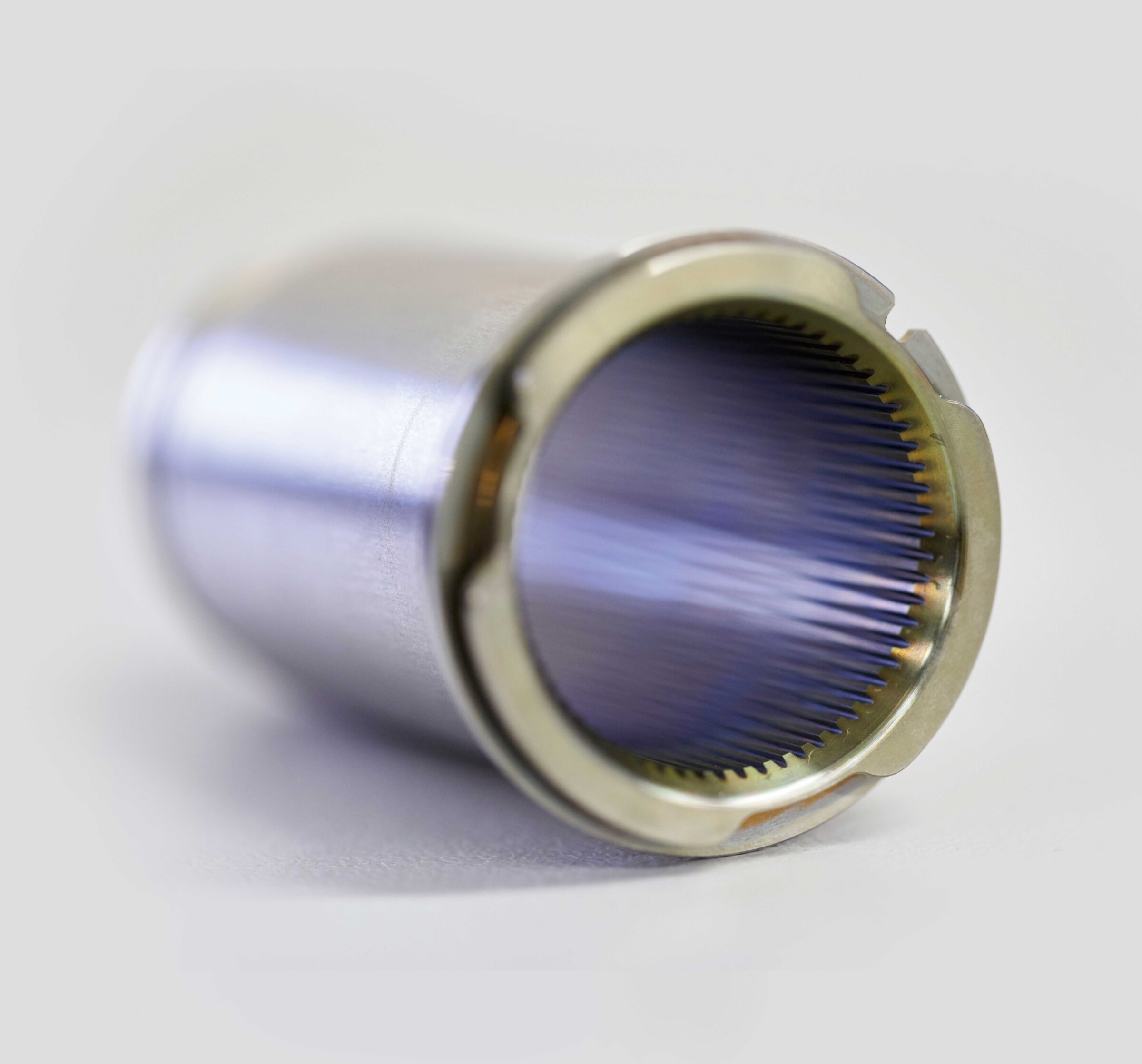 For many geometries, e.g. toothing, there is no alternative to wire-cutting

Today, Mager is joined by his sons Stephan and Benni and three more employees in his small business. His wife is also still responsible for the paperwork. His firm now has seven wire-cutting systems from Mitsubishi Electric – along with a few machines of other makes.

Mager has only recently added a MV2400R Connect to his machine park. Its large workspace was crucial for the investment, he says. Smaller workpieces can now be machined in series much more efficiently and cost-effectively, his son Stephan adds. “Using large plate and after programming we can let the machine produce in series totally unsupervised overnight and at weekends,” Stephan continues. The extremely dependable wire threader of the MV2400R Connect goes a long way towards making this possible. Stephan confirms that they can rely totally on it. Even in difficult situations with tiny geometries, the wire threader reliably finds the kerf or start hole so the machine can rethread the wire swiftly and resume cutting.

The MV2400R Connect also shows its strengths when machining large workpieces. Among other things, jobshop Mager machines larger shifting rings and specifically the gearing on the outer circumference. Thanks to the large workspace of the MV2400R Connect, this is now possible in a single clamping. This shortens throughput time considerably while also boosting accuracy by omitting the second clamping. 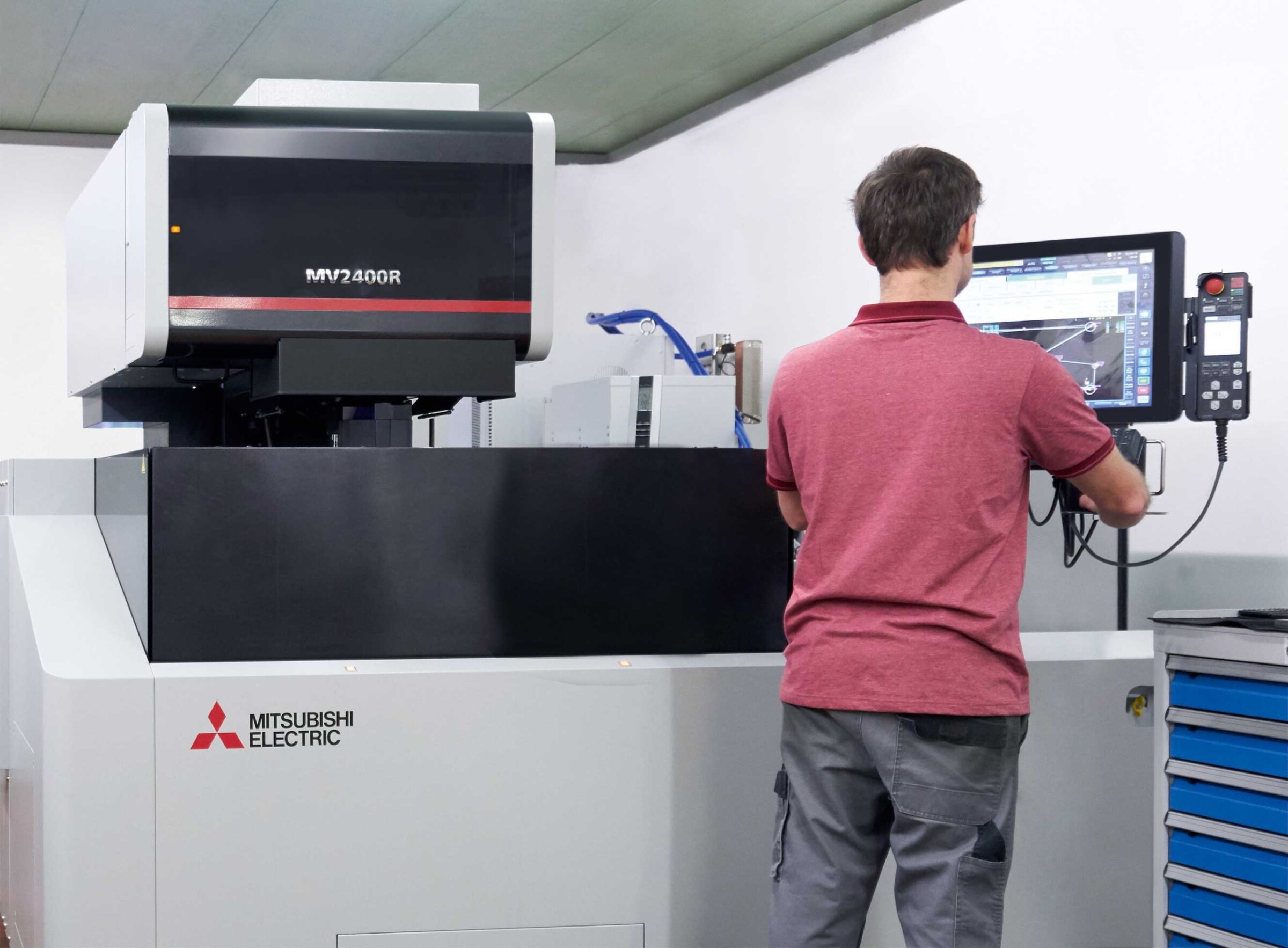 Programming and operating the MV2400R at the CNC control touchscreen is impressively simple.

The components due for cutting are programmed at several CAD/CAM workstations. Usually Mager receives 3D CAD data of the required parts from his customers. Stephan or Benni as the CAD/CAM specialist processes them and generates the NC programs for the wire-cutting machines. Via direct data lines and in some cases via data carriers (USB drives), these are then transferred to the machines. As the machine operators in Zimmern ob Rottweil report, equipping and machining are extremely comfortable and straightforward on the wire EDM systems from Mitsubishi Electric. The neatly presented plain-language dialogue of the CNC control has proven to be particularly useful. Simpler components can be conveniently programmed directly at the machine, Stephan adds. This option is used by the subcontractors for single items for which no 3D CAD data are available, e.g. when cutting jewellery and design items. 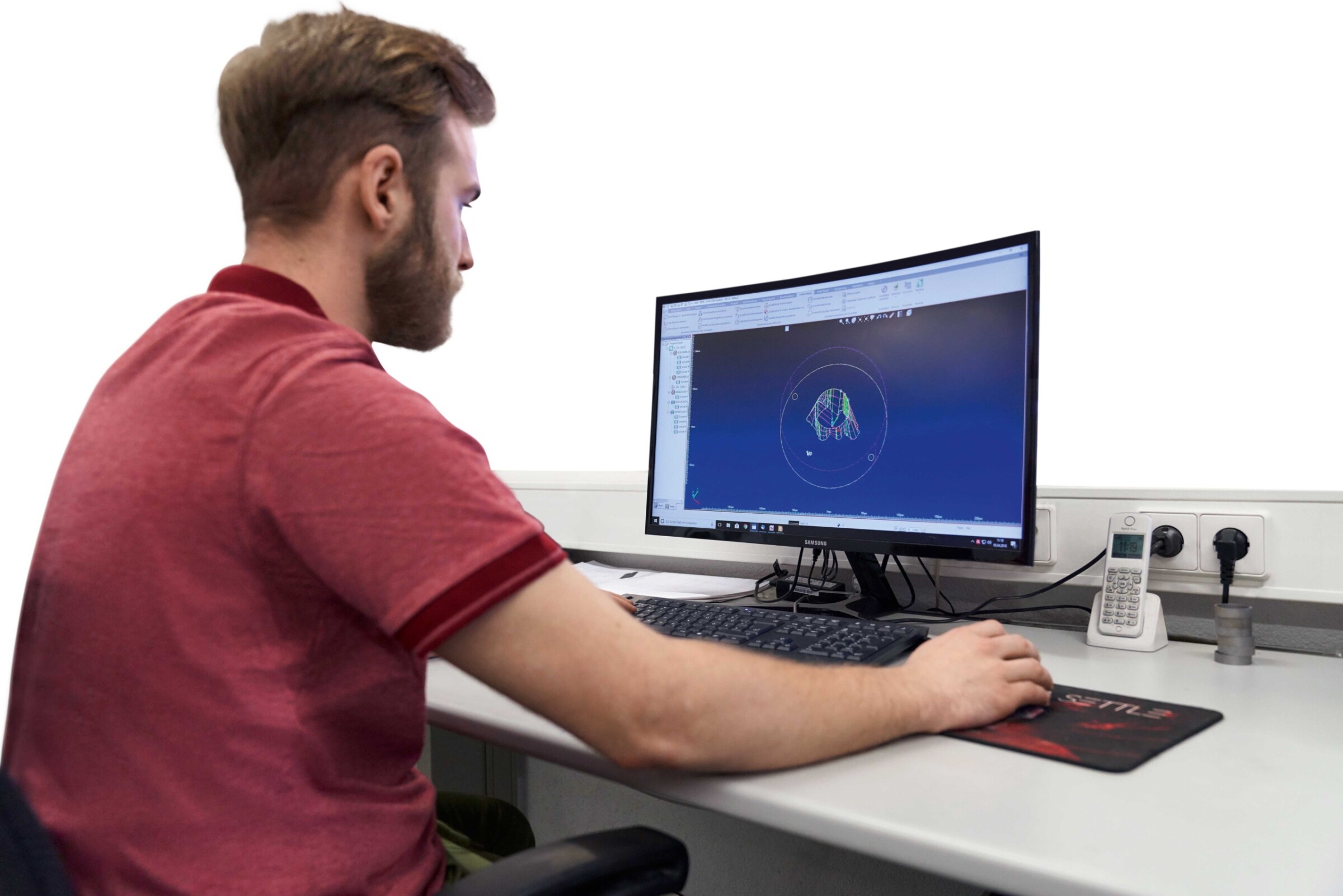 Benni Mager generating the NC programs for the MV2400R Connect offline at the 3D CAD/CAM system.

In this connection he mentions precision. On the MV2400R Connect, he can effortlessly machine with 0.003 mm accuracy. This is just right for almost the entire spectrum of components. His son Stephan adds: “Higher accuracy is demanded only for very few jobs.”

To machine small and complex components, jobshop Mager
Erodier­technik has equipped one of the two FA10S Advance systems with a B-axis. On this machine, the firm in Zimmern ob Rottweil currently mainly produces die inserts for stamping tools and injection moulds. These are used for producing large series of micro-components for electrics and electronics. 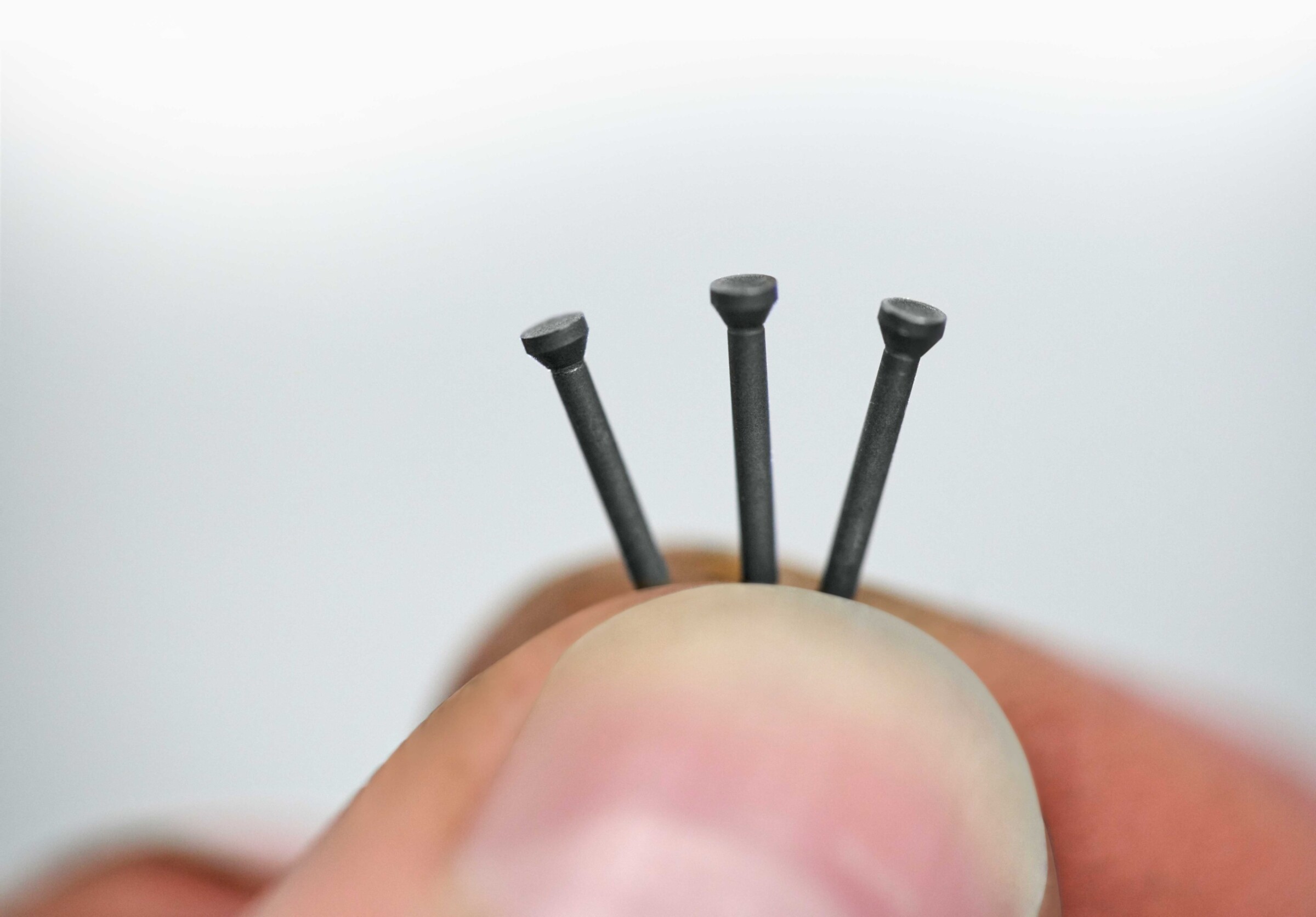 With the aid of the B-axis, the jobber also machines micro-parts in series for electrical engineering, medical technology and the textile industry. On such workpieces, Mager confirms, wire EDM still proves to be extremely cost-effective – and not only because of unmanned operation. “It is not so much the pure machining time as component geometry that dictates whether we use EDM. Deep holes and cavities, narrow grooves, intricate penetrations with angled edges, sharp corners almost without radii, additionally in hardened tool steels, aluminium, brass, copper and titanium, are best machined with EDM,” says Michael Mager, summing up his experience as an EDM specialist going back almost 40 years. The realism of his assessment is confirmed by the ongoing business success of the specialised jobshop in Zimmern ob Rottweil.

How do you deal with the pressures of your work?
I’m very interested in music and studied music before embarking on my technical career. I play several instruments and for many years I played dance music. Today I still make music as a way of relaxing from the pressures of my business. As a side-line, I’m happy to take on engagements as a conductor of regional music groups.
What plans do you have for your company?
We’ve got five children. Two of my three sons have a strong interest in technical things and have decided to work in our small business. They now also handle responsible duties themselves. I thus see very good prospects of the business being successfully continued in the near future. Among our grandchildren I have also detected a special technical interest, so the company may well be continued in the third generation.
What is your strategy for handing over your company to the next generation?
Since I still feel pretty fit at not even 60 and will certainly carry on working for a few more years, handing over the reins to my sons in the coming years should be a very smooth process. Stephan and Benni are already aware that in your own business you don’t have fixed working hours and also have to work sometimes at weekends, so they know what it means to be self-employed. 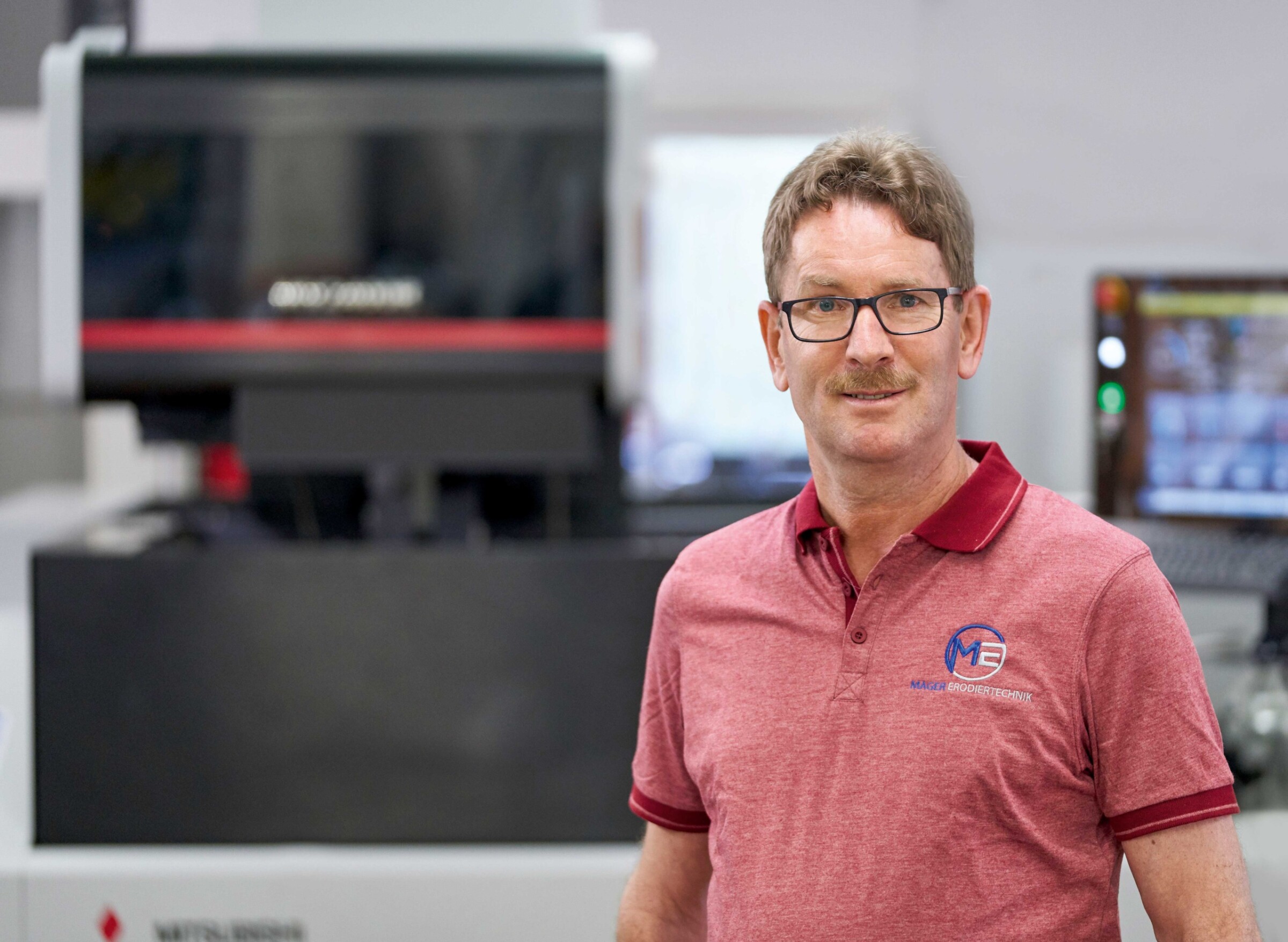