So that Frankfurt Airport will stay competitive in the long term, the new Gate A-Plus for up to six million passengers per year has been built at Terminal 1. Conditioning the air of the interior retail areas posed a major challenge and created ­almost insoluble problems for designers and plant engineers. 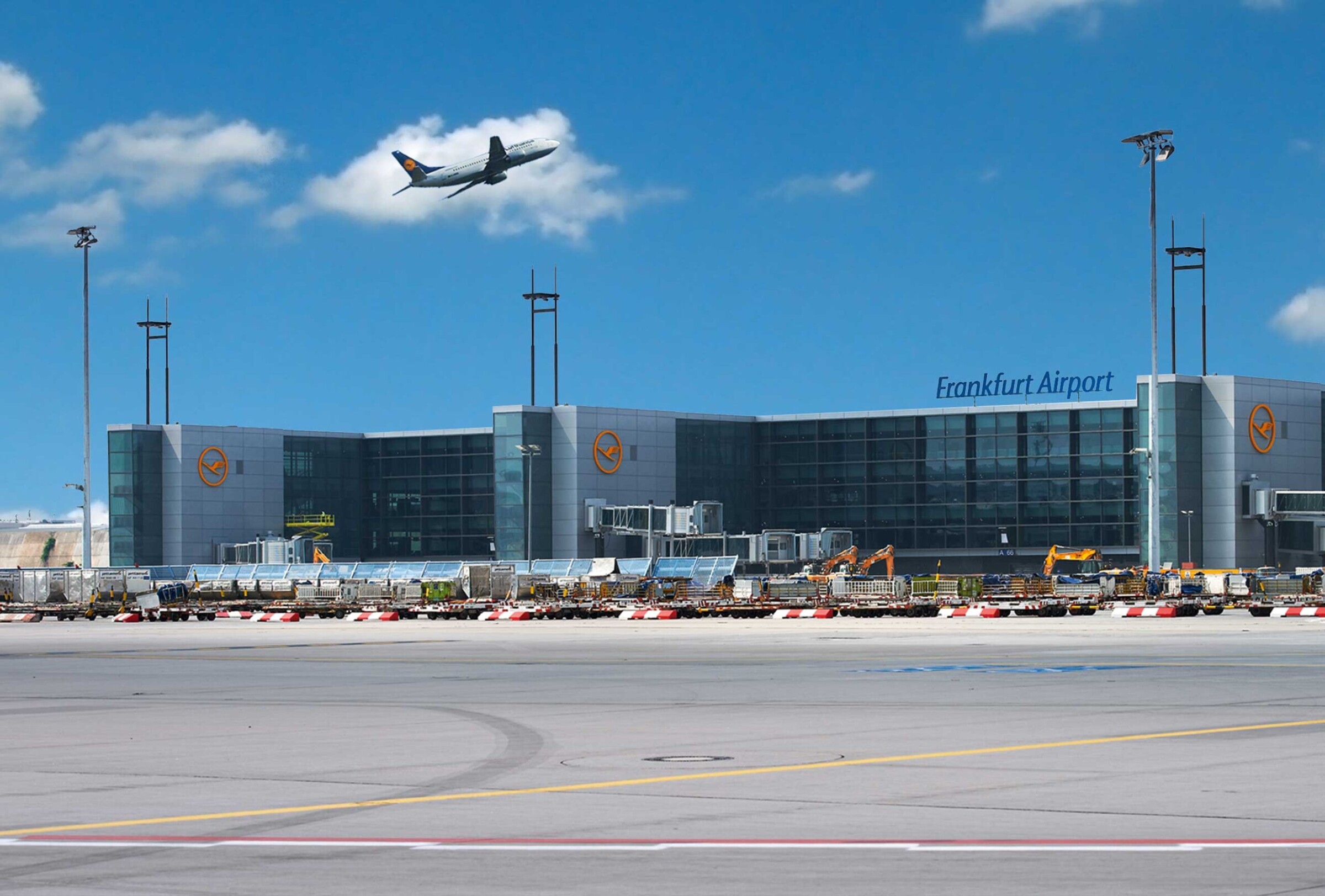 An exciting proposition for industrial companies

So that Frankfurt Airport will stay competitive in the long term, the new Gate A-Plus for up to six million passengers per year has been built at Terminal 1. Conditioning the air of the interior retail areas posed a major challenge and created ­almost insoluble problems for designers and plant engineers.

The new terminal building with its floor space totalling 185,000 m² has been open to the public since October 2012. Up to seven wide-body aircraft like the Airbus A380 can dock at the gates here at the same time. 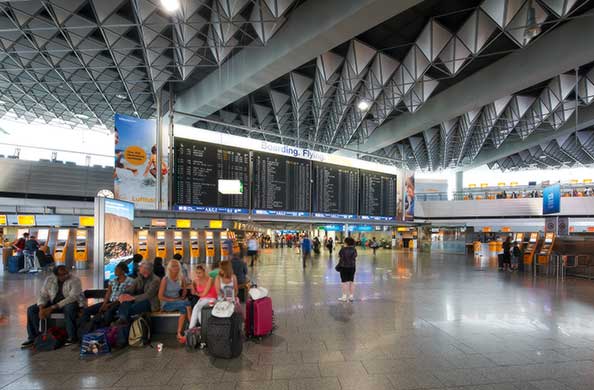 The new Gate A-Plus in Terminal 1 is equipped with hypermodern terminal installations.

There are three levels, for arriving, departing and transit travellers respectively. So that passengers can make use of various services and spend their stay in comfort, an atrium is available as a marketplace comprising shops, restaurants and five business lounges.

Special requirements of the air conditioning

The very first drafts envisaged an innovative retailing and restaurant concept in the form of spacious marketplaces so as to offer passengers a quality ambiance during their stay. A major problem was how to handle the high input of heat from the bright and welcoming lighting, high passenger throughput and aircraft traffic in the immediate vicinity that made continuous air-conditioning of the shopping areas necessary. “The task of air conditioning mainly involves creating a pleasant climate for travellers while shopping before or after their flights,” explained Rolf Wiesinger and Klaus Westermayer, Managers of W+W Kälte- und Klimaanlagenbau GmbH, who were responsible for the concept, design and implementation of this project. 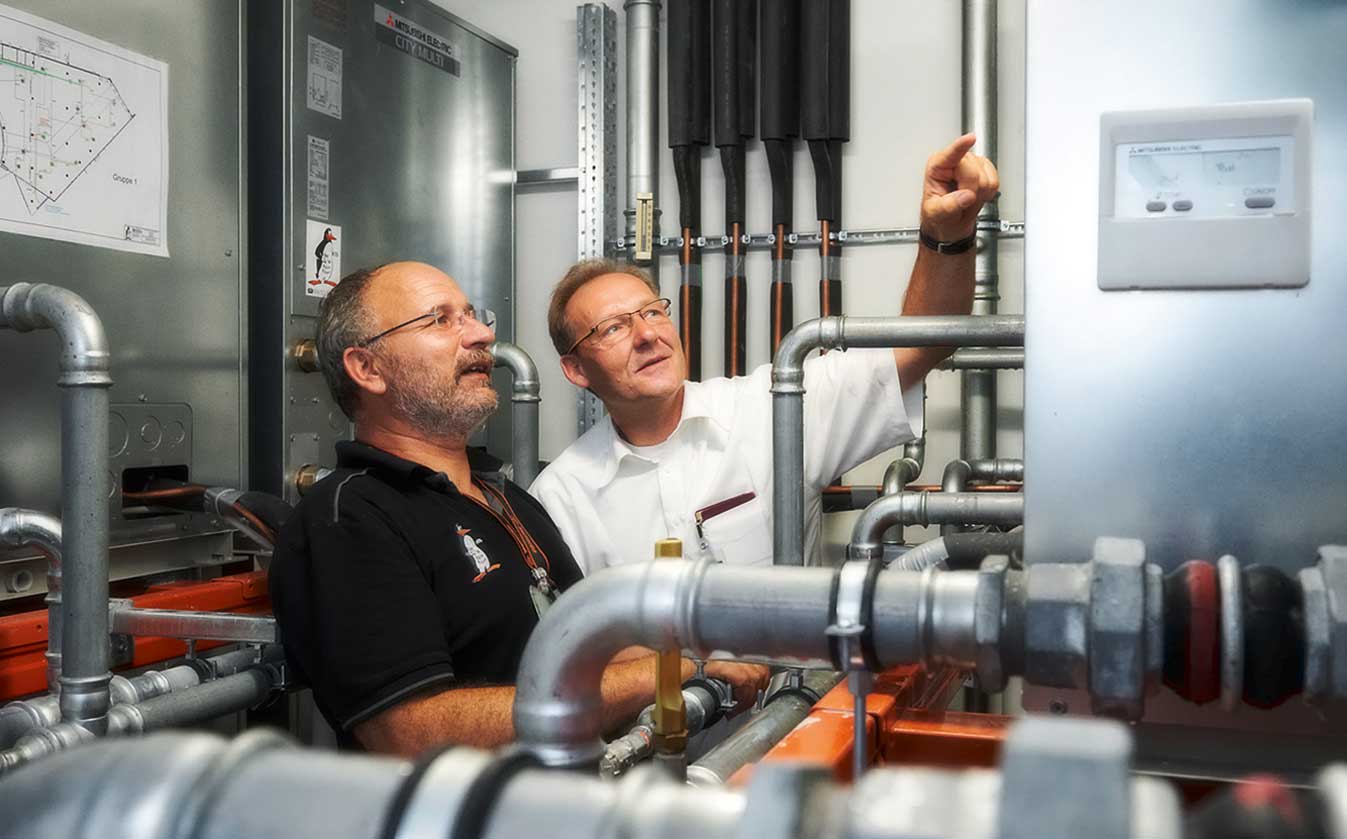 Because of the unique situation, an air-conditioning strategy “off the peg” was out of the question. “This is where more specialised solutions were called for,” Wiesinger continued, “in order to appropriately air-condition the floor space let by operating company Fraport AG to retail chains. The factors that have to be considered include the architecture and the needs of security and safety. In this part of the building, for instance, it’s not possible to discharge the heat loads outside via the roof.”

Air conditioning requires, first of all, a supply of cold water by the operating company that comes from a central cooling station via a pipeline system – with a feed temperature of 15 °C and a return temperature of 19 °C. In view of these high temperatures for a cold water system and the high density of installed lines above the suspended ceiling, it soon became obvious that, with a heat load of 60 W/m², cooling with conventional cold-water recirculation air coolers would not be the ideal solution, if only for installation reasons. As an alternative to cold water, a solution with a water-cooled VRF (Variable Refrigerant Flow) direct evaporation system was included in the strategy. The choice of the best air-conditioning concept finally depended on a comparison of investment and operating costs over a period of five years of operation.

In the comparison, the direct evaporation system (City Multi VRF System from Mitsubishi Electric) proved to be far less expensive. “This is mainly due to the very much lower air throughput and hence the lower power input of both the cooling plant and the ceiling-concealed units. Cooling performance is identical despite the superior air-conditioning comfort,” Wiesinger explained. 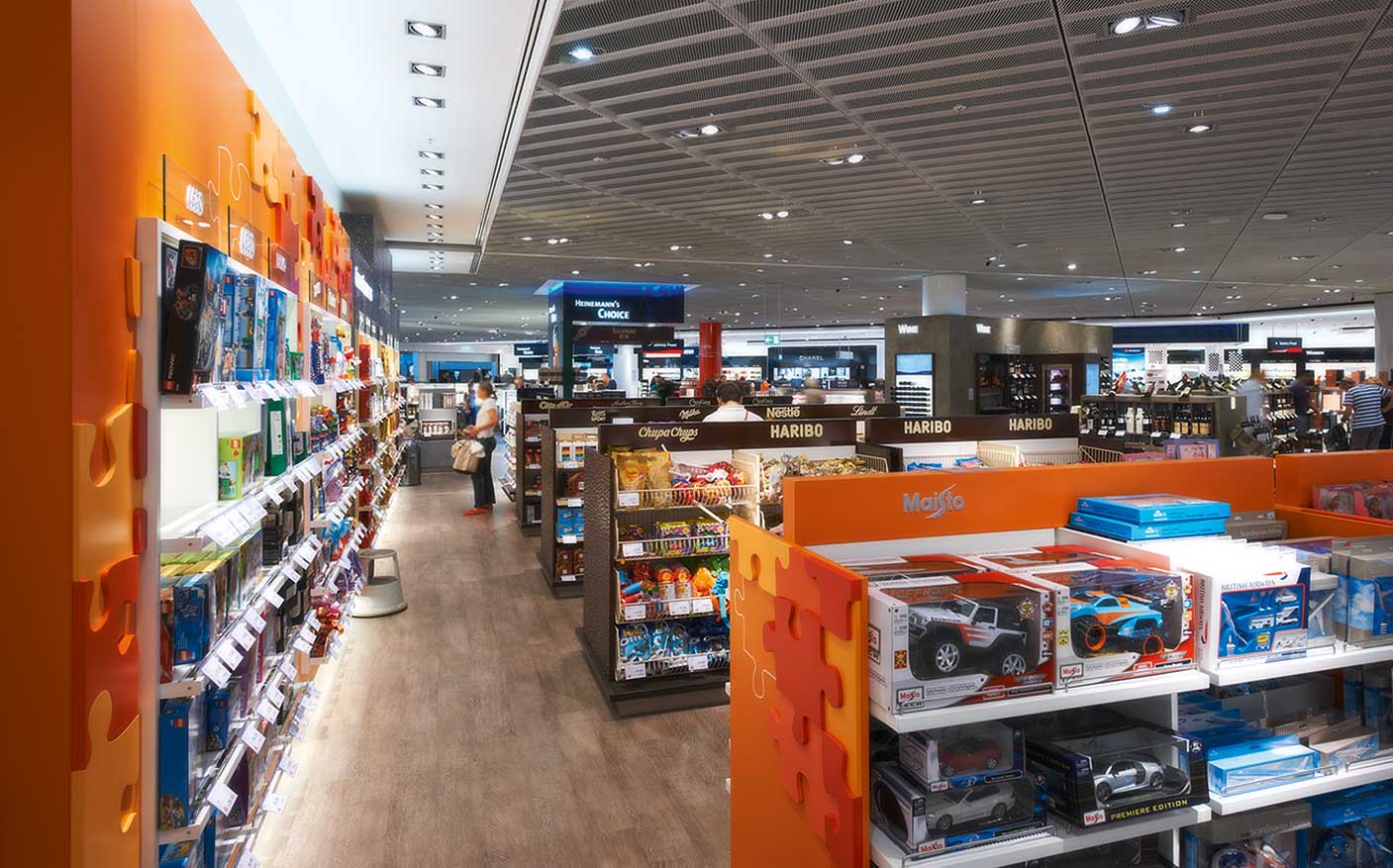 The conditioned air is blown draught-free via slotted rails into the retail areas.

The client was impressed by the detailed list of costs and the comparison of all relevant parameters of the various air conditioning systems. Trusting relations with the client stretching back years and the specialist installer’s experience with comparable systems on the Frankfurt Airport site also prompted the client to approve this system. In the new A-Plus terminal, a total of 5,600 m² of retail space will be cooled and heated with the proposed solution in all-year operation. The first area in which this strategy came to fruition is the Heinemann Duty Free Shop on the second level of the new terminal building. This is where four water-cooled refrigeration units (type PQHY-P450) accommodated in a plant room adjoining the shop are in action, each with an output of 50 kW for refrigeration and 56 kW for heating. The air is conditioned by ceiling-concealed units with recirculated air, each with an output of 16/18 kW for cooling/heating. For the purposes of control, several units have been grouped together in a single climate zone. “In view of the size of the areas, it is by no means impossible for one climate zone to be cooled while another has to be heated,” Wiesinger explained.