Flexible and quick to react 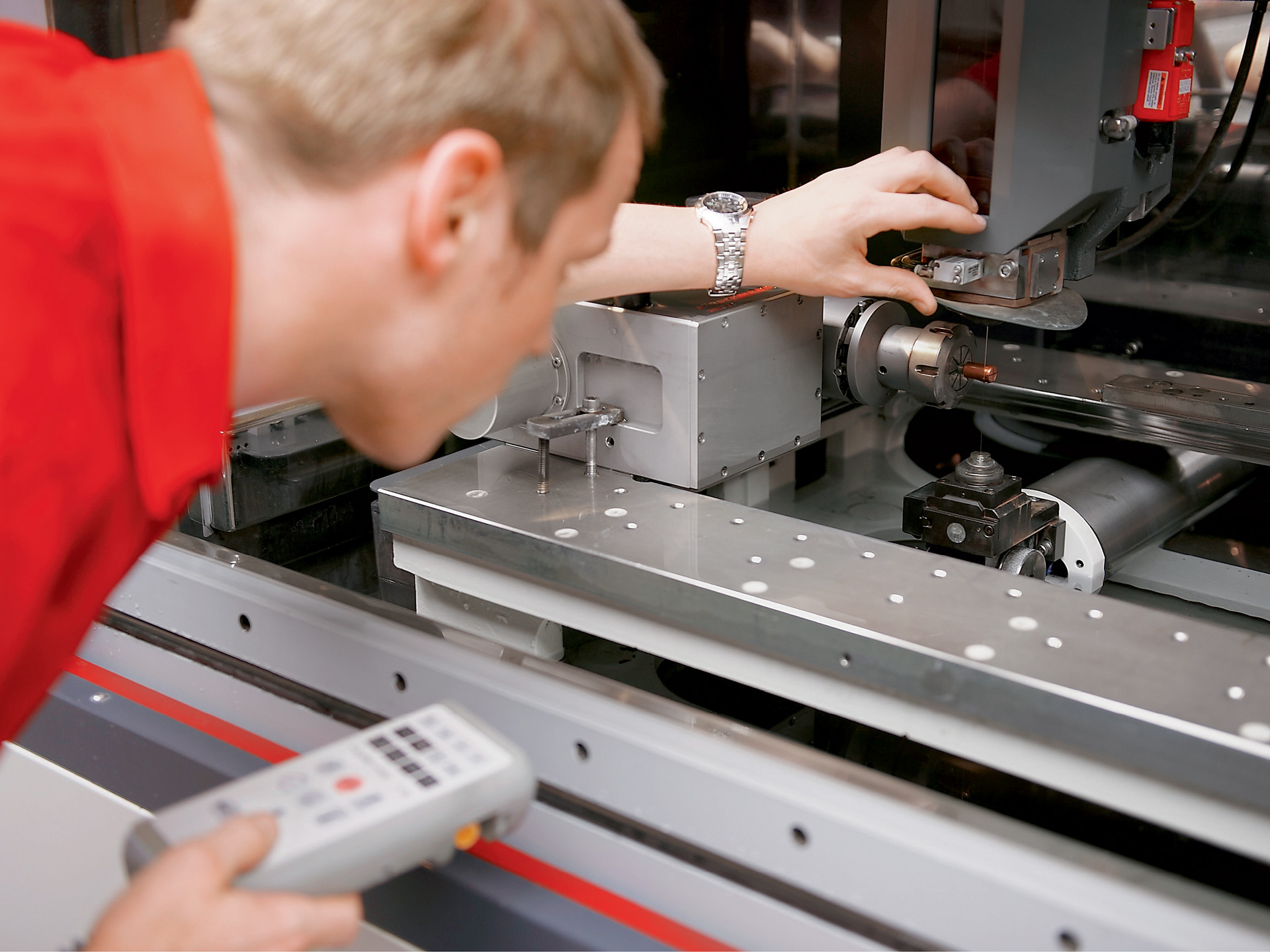 Flexible and quick to react

By taking over a small one-man business, Karen and Jörg Lünstedt founded Lüntech GmbH in 2000 in order to establish themselves in the EDM metalworking sector. The first two wire-cut EDM machines from Mitsubishi Electric – a FA20-S and a RA90 – were installed in 2001. Impressed by their quality and performance, the master toolmaker invested in further machines of the FA series and rounded off his machine park in 2009 with a “column-up” FA20-S Advance V and a FA20-S Advance with an integrated      B-axis. With four employees, Lüntech in Werther in Westphalia, Germany, today serves some 140 customers within and outside the region. 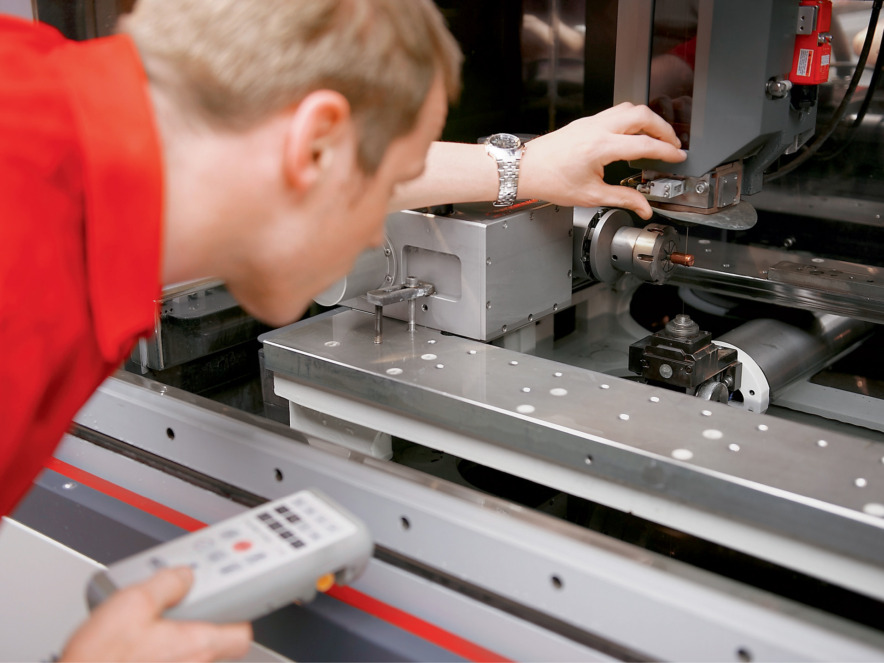 “After last year, staffing and output are now back to the high 2008 levels,” says Jörg Lünstedt, optimistically summing up his company’s current situation. What has remained unchanged is the huge deadline pressure. Jokingly, he adds: “Ordered yesterday, supplied the day before.” However, their flexible way of working enables the team to respond appropriately – naturally always with the intention of producing top quality.

As a company specializing in wire-cut EDM, Lüntech benefits from being able to run its machines at night unmanned. “At about 4 o’clock in the afternoon, we see what has to be clamped on the machine,” says Jörg Lünstedt, outlining the procedure. Not only long-running jobs are handled at night, but short ones as well. “Our freedom of choice is so large because we use a clamping system from Erowa and can clamp several workpieces at the same time.” The managing director makes use of the installed VPN link to monitor the machines from home. “Access to the machines, modifi­cations to the programs – everything can be controlled with this, including a machine restart,” Jörg Lünstedt adds.

Jörg Lünstedt also owes the company’s flexibility to its machine park. He has been working with wire-cut EDM machines from Mitsubishi Electric since 2001. “A wire EDM friend had switched to Mitsubishi Electric and was very happy with it. At the EMO trade fair in Hannover, we then followed suit,” Jörg Lünstedt recalls. He now has four models in operation. What impressed the master toolmaker at the time was the speed of the wire EDM machines from Japan. “The current generation is of course much faster still and,
more im­por­tant­ly, more precise.” Far fewer down­stream cuts are now necessary in order to a­chieve dimensions in the µm range. Lüntech’s performance spectrum additionally comprises die-sinking EDM and laser welding, which means that customers can avail themselves of a wide range of services.

Business relations with Mitsubishi were for Jörg Lünstedt a very positive expe­rience right from the outset. “As a new­comer to wire EDM, I was taken seriously by the salesmen from the begin­­ning – contrary to my experience with other manufacturers.” What’s more, he was made to feel one of the family. “The ser­vice alone is extremely helpful – if any­thing goes wrong, then mostly Fri­day evening at around seven.” In 80 per cent of cases, the assistance via the hot­line is sufficient and production can re­sume, he says.

Money well spent on equipment worth having

Last year, Jörg Lünstedt modernized his machine park. In part-exchange for an older model from Mitsubishi Electric, he purchases the FA20-S Advance V. “We chose the version with the ‘column-up’ option so that we can machine a lar­ger product range,” says Jörg Lünstedt, explaining the purchase. The de­­cision in favour of the V-gen­e­ra­tor was taken for similar reasons. “On taller com­ponents, the superior cutting per­form­ance makes an appreciable difference.” The timing of the investment was also favourable – despite or perhaps because of the economic crisis, as Jörg Lün­stedt believes. “Now that order levels are so good again, we are perfectly equipped and are ready for anything.”

At the same time as the “column-up” FA20-S Advance V, Jörg Lünstedt bought a B-axis for rotationally sym­­-
met­ri­cal wire-cut EDM so as to extend his range of services still further. “However, we installed this on a one-year-older FA20-S Advance, because this makes us more flexible,” the managing director explains. Because of the possi­ble height of the components, he in fact has to reckon with longer machining times on the more recent machine. Jörg Lünstedt has one more option for the future: “Should the need arise, we can quickly retrofit the B-axis on the  ‘column-up’ machine as well by ad­di­tion­­ally installing an axis amplifier.” 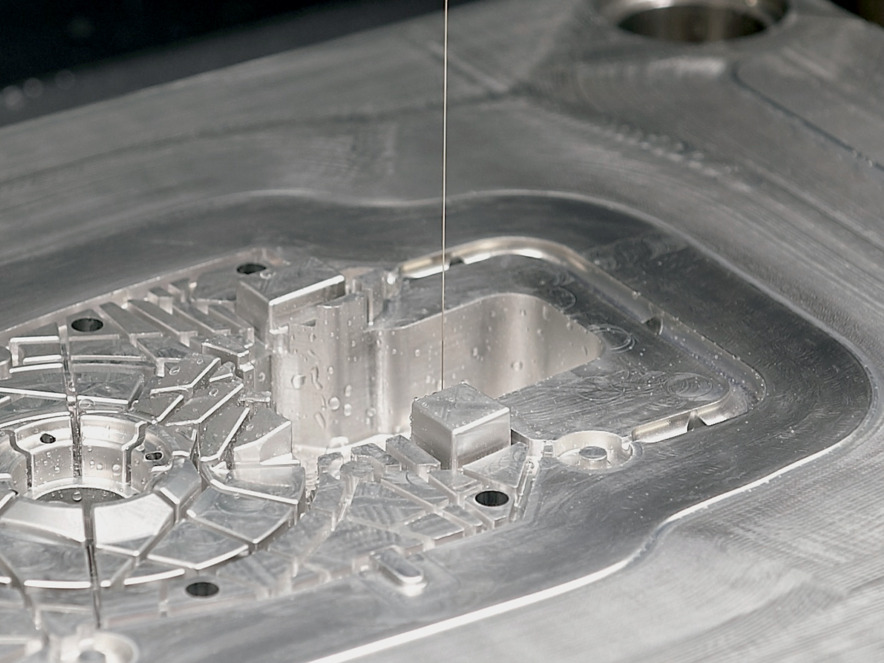 Complex and intricate tasks are the bread-and-butter of the EDM job shop.

“The service alone is extremely helpful – if anything goes wrong, then mostly Friday evening at around seven.”

Jörg Lünstedt sees big potential in rotationally symmetrical wire-cut EDM. “So far this has accounted for only a smallproportion of our jobs, but design en­gi­neers are gradually recognizing the new possibilities.” It is therefore his goal to push ahead with this technology and firmly establish it in Lüntech’s ev­eryday production operations. In rotationally symmetrical wire EDM, the jobber’s staff can exploit their full range of skills.“ 3D programming is our strength and an appealing challenge again and again,” says Jörg Lünstedt. Customers are thoroughly satisfied with the immaculate fruits of the service provider’s labours. 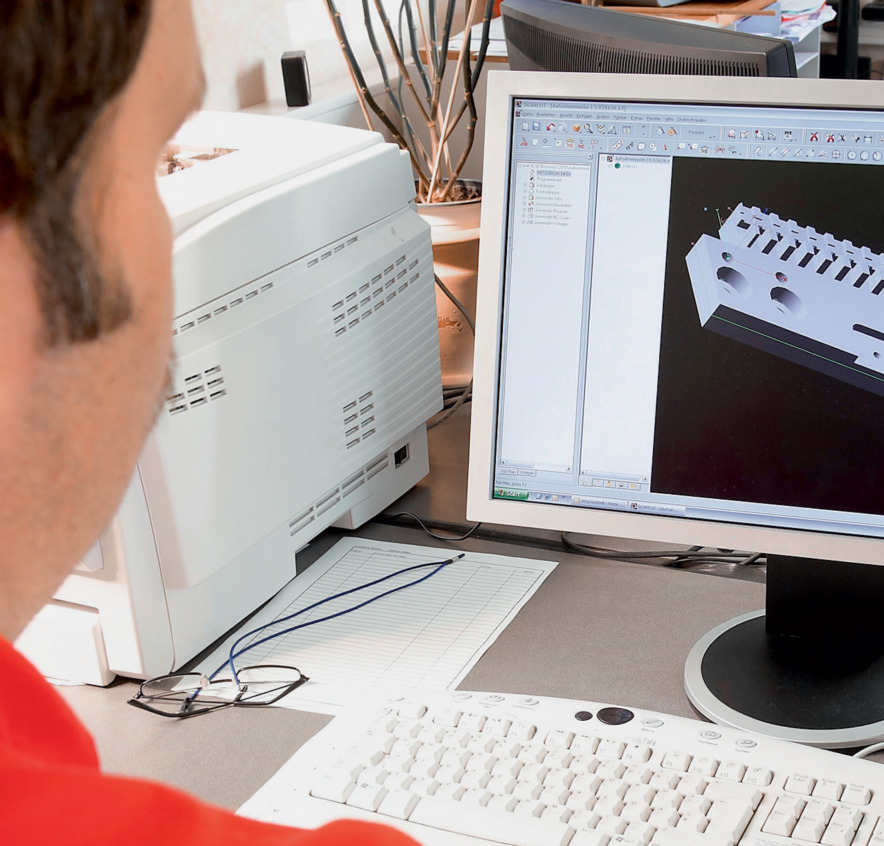 Design and programming are mainly carried out in 3D.

Lüntech has long been regarded as a specialist in wire erosion. With the raised column on one machine and the B-axis on the other, it will consolidate its position in the long term because the team of staff can also realize complex designs. Jörg Lünstedt hopes to expand his business in the future. “With further investments in wire EDM and 3D laser ablation, we shall expand our production capacity and extend our range of services.” 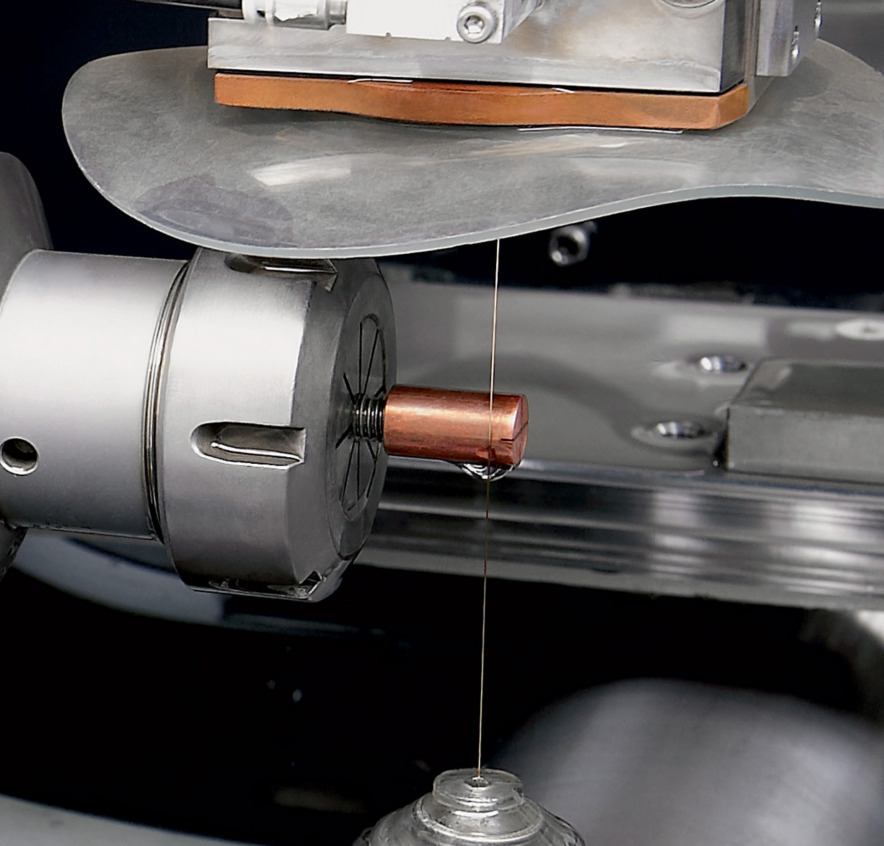 How would you describe in a sentence what your company does?
We’re the extended work bench for customers in the EDM sector.
How did you earn your first money?
Doing a newspaper round in Schleswig-Holstein.
What motivates you?
Our willingness to serve and the new challenge every day of fulfilling the customer’s wishes.
What’s different about how you do things now, compared to five years ago?
We approach a job with greater deliberation in order to exploit the best possibilities.
Where do you see your company in five years?
We shall continue to grow and occupy new premises.
What was your biggest business success?
We managed to survive 2009 and restore staffing to the previous level.
What’s your favourite way to relax?
On extended motorbiking tours.
What attributes do you value most in other people?
Reliability, punctuality and honesty.
What was the best advice that anyone ever gave you?
From my wife, to set up my own business.
How would you briefly describe your occupation to someone with no technical knowledge?
What a locksmith achieves with millimetre precision in wood with a belt saw we cut with our electrically charged wire in the micrometre range. 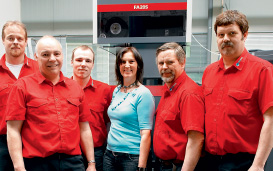 Jörg Lünstedt (2nd from the left), his wife Karen Lünstedt and the four-man team.