From one generation to the next

When it comes to perfection and precision, Hornung in Swabia is second to none – and has been aided by Mitsubishi Electric machines for generations. 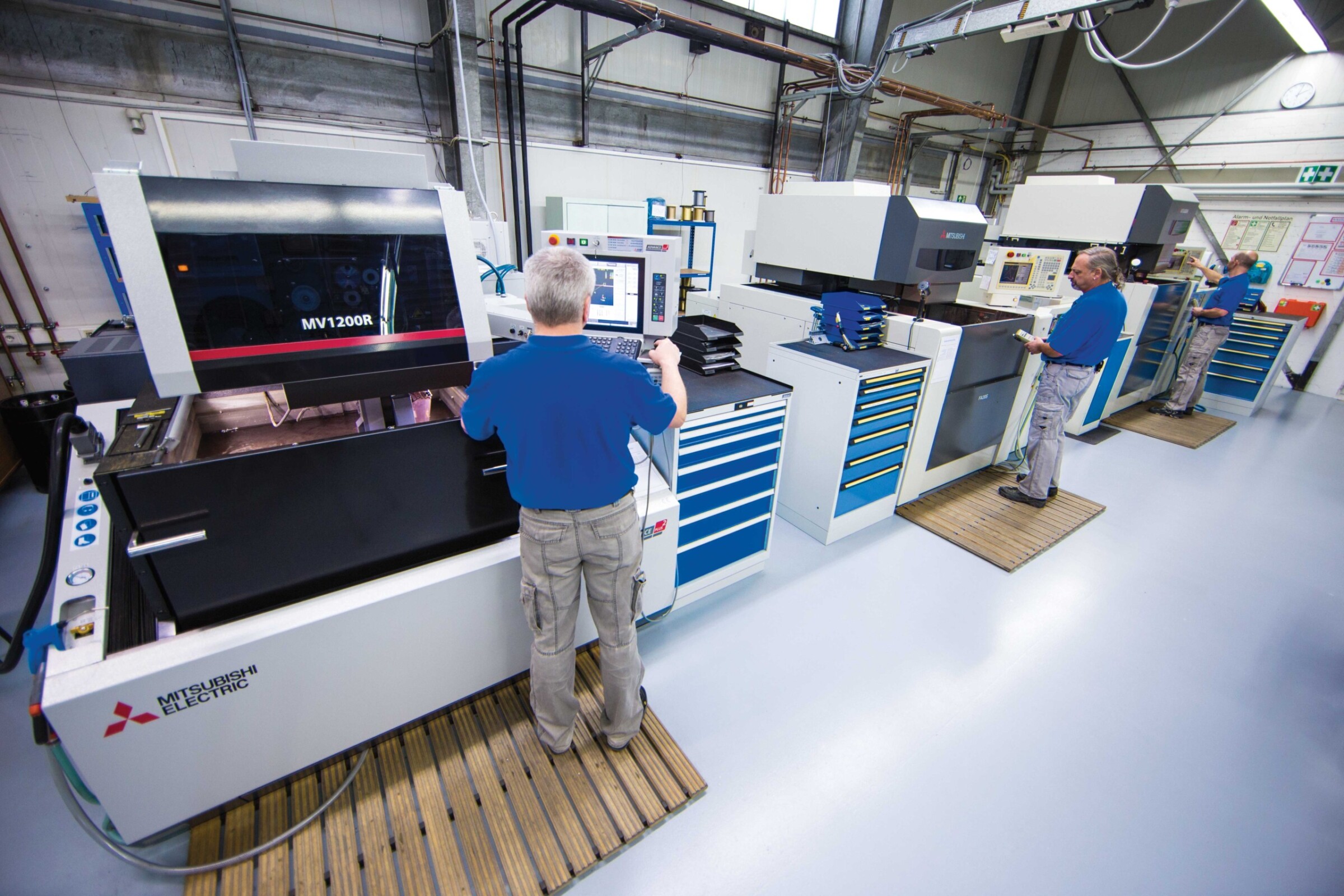 From one generation to the next

When it comes to perfection and precision, Hornung in Swabia is second to none – and has been aided by Mitsubishi Electric machines for generations.

You don’t often hear of someone claiming to have been surrounded by wire-cut EDM systems as a child. But Andreas Hornung, today’s Managing Director of Hornung GmbH, fondly remembers the machines of his father’s firm. “Apparently I used to say in pre-school that I was going to work in the company when I grew up. I can’t honestly remember this, but I do have a clear image of the first wire EDMs with their punched tape,” says Hornung about his first contacts with electrical discharge machining.

Ten years ago the big day arrived. Joining his father, Andreas Hornung put the company in Urbach on a new footing. While the firm had previously concentrated solely on mouldmaking, Hornung coupled his arrival with a shift in emphasis to the production of steel and cemented carbide tools and complete subassemblies. 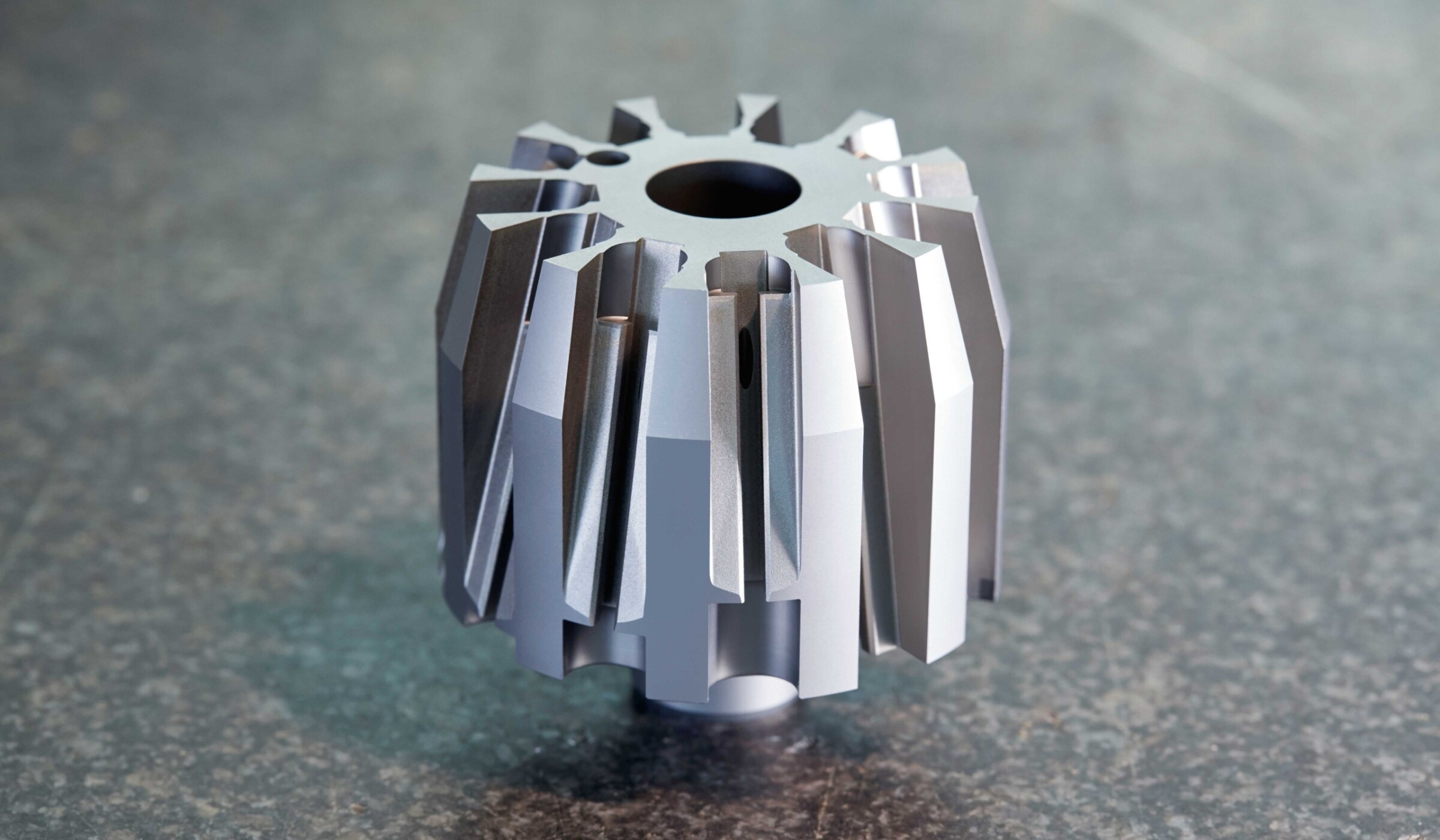 Hornung’s very slogan of “Precision meets Perfection” suggests the importance attached to EDM technology. Although they provide all machining methods, wire EDM takes pride of place. It is here that the family-run company has acquired so much skill that it enjoys a reputation as a problem-solver well beyond the immediate region. “We’ve achieved a very high degree of vertical integration, so a batch size of 1 is pretty well standard,” Hornung explains. “We’re appreciated by our customers because we handle tricky components with very complex shapes – and because we deliver the finished parts quickly and often overnight.” This means that the increasing expectations of flexibility and rapid delivery have become part of day-to-day business. Time is wasted in a big way, he says, due to inaccurate drawings or the fact that design offices often lack the experience of what is technically feasible. In some cases, on the other hand, much greater accuracy is demanded than is actually needed. “This of course takes extra time for machining,” says Hornung, who is often on hand for advice in such cases. 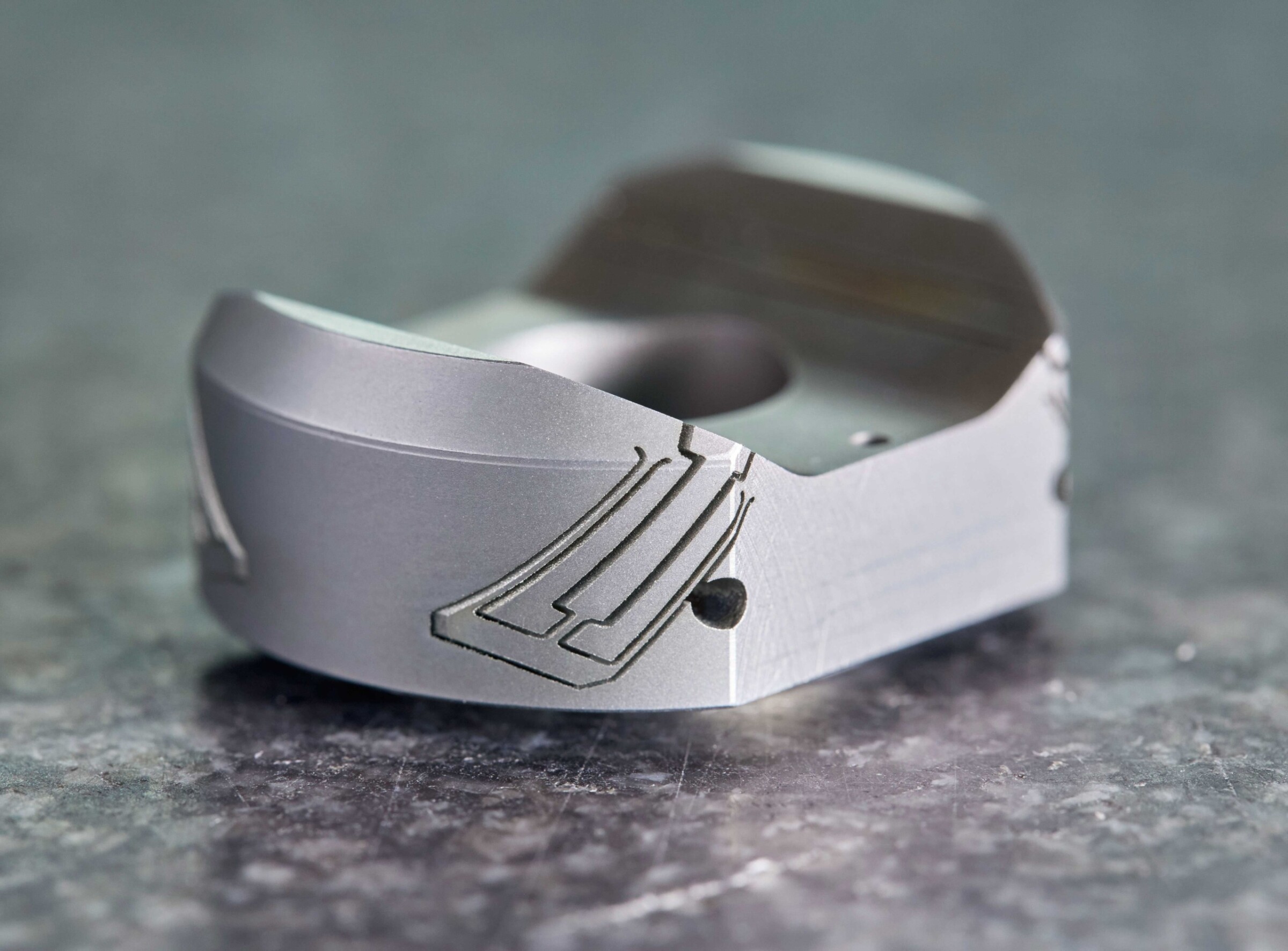 This V-bearing is used in the computer chip industry.

So that time is available for difficult projects, Hornung is dependent upon machines that run smoothly and for which a rapid trouble-shooting service is available in the event of a problem. “The Mitsubishi Electric service is brilliant,” says Hornung summing up his decade of experience.

Several wire-cutting machines from Mitsubishi ­Electric stand harmoniously in a row and are in constant operation. While the two FA20s are already ten years old, they were joined in the machine park by the MV Series in only August 2015. Since very few jobs involve production series, this means that each of the three wire-cutting machines is re-tooled three to four times each day. “This is a trouble-free process,” says Hornung who didn’t take long to choose the new MV Series. “Our experience, particularly of the after-sales service, has been so positive that we didn’t want to change supplier.” 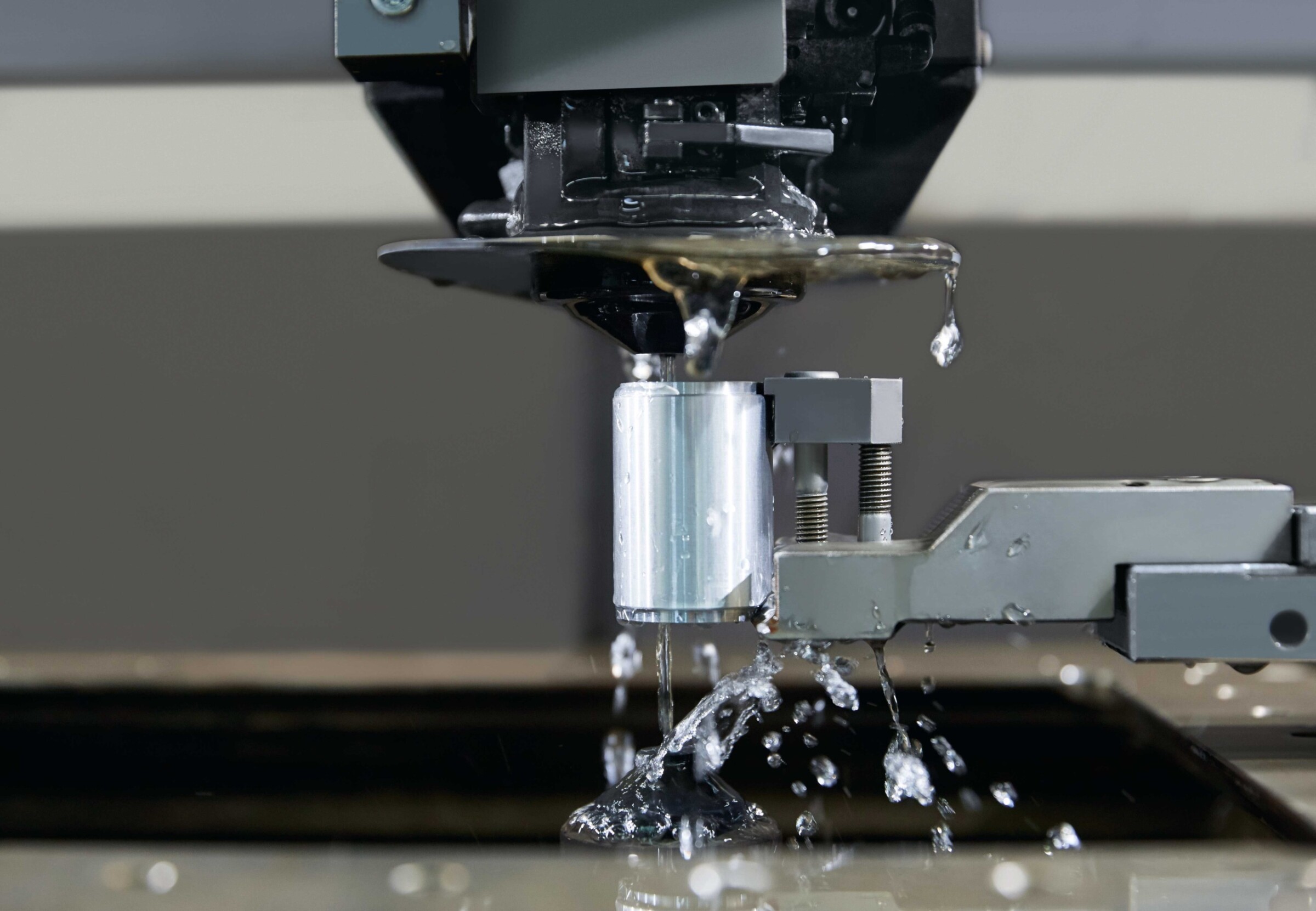 Perfection Meets Precision – Hornung has a commitment to wire-cut EDM.

For the clocked machining of circular parts overnight they also purchased an additional powered axis. “The practical thing about this is that it has the same interfaces with the two older machines, so it can be used on all three machines,” Hornung adds. The servo-controlled B axis integrated in the machine CNC control permits wire-cutting of the rotating workpiece. Consequently, cutting a block into several parts and multi-sided machining can be carried out in a single clamping.

Hornung’s customers mainly come from Stuttgart and environs and include such big-name manufacturers as Daimler, Bosch and ZF. But its contacts also extend as far as France and Spain. For these customers, they mainly machine parts for the automotive sector, such as calibration measuring heads for diesel injectors. But they also regularly serve the electronics industry and medical technology, producing aids for spinal surgery, among other things. The most complicated components are now sent to Spain. The accuracy of the finished items is in the 2 µm range – despite the difficulties imposed by the often hot Swabian summers. “The rooms for our measuring and quality testing equipment are of course air-conditioned, and the production shop is due to be upgraded in the near future as well. All the same, the Mitsubishi Electric machine displays the necessary dimensional accuracy,” says a delighted Manfred Weller, in charge of wire-cut EDM at Hornung and involved in wire-cutting for over 20 years. 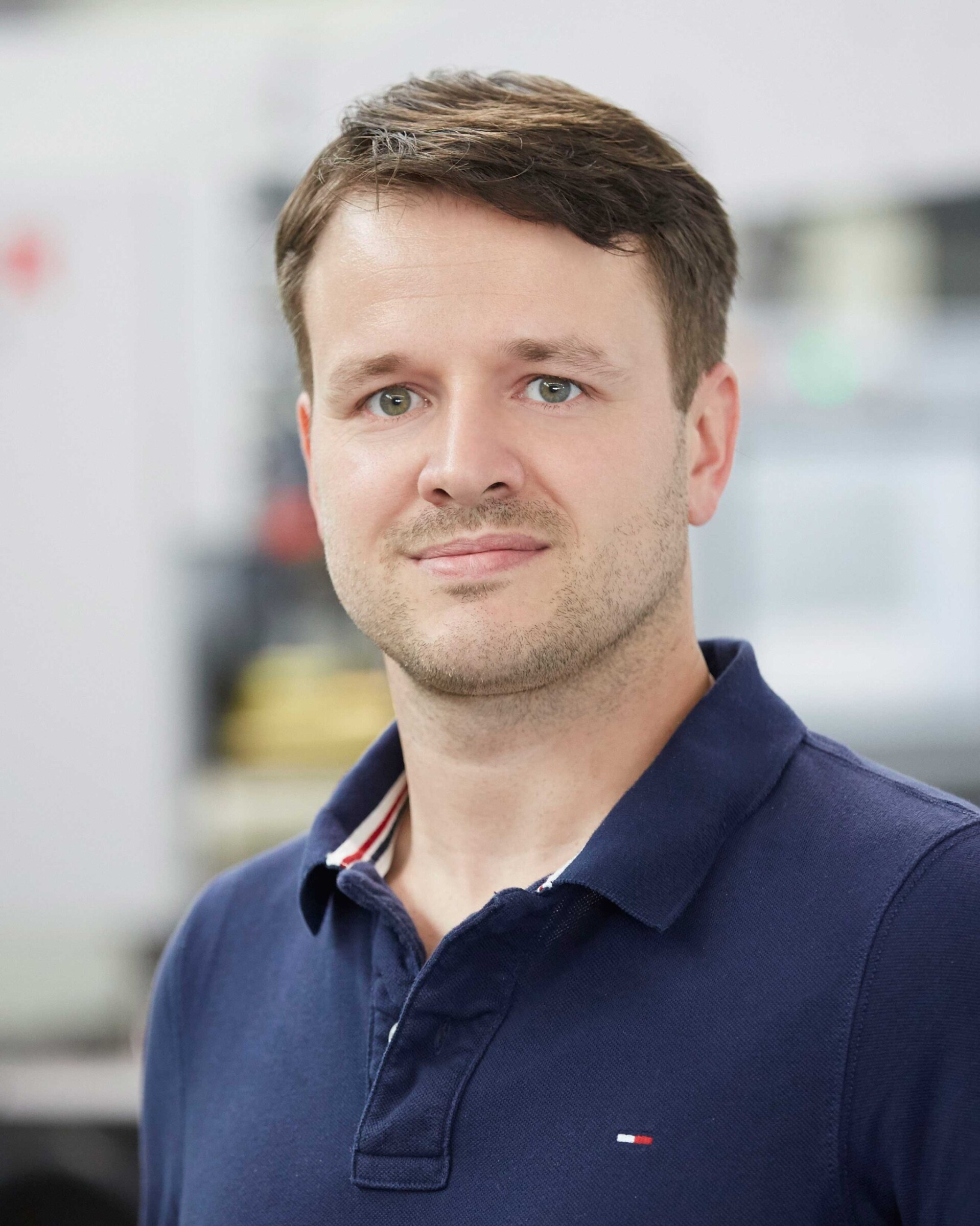 The accuracy of wire EDM has been setting the pace for decades. There are now so many machining ­methods, ranging from laser cutting and water jet cutting through to 3D printing. While many other ­methods have been superseded by these new technologies, wire-cutting is still out on its own.

There haven’t been any problems, incidentally, with acclimatising to the machine. “The great thing about the user interface is that it’s got something for everyone. Anyone can operate it – using the mouse, keyboard or touchscreen,” says Weller. Although a simple keystroke is rarely all it takes for most jobs, Weller admits. “The machines from Mitsubishi Electric make a lot of tasks easier, but for our work decades of expertise are usually necessary. Only then can the customer’s drawings and ideas be converted into a finished component.”

On the basis of Weller’s experience, each new Mitsubishi Electric generation takes less time for machining than its predecessor. And this has an effect on wire usage and ultimately on energy consumption. Although energy efficiency was not the main reason for buying the machine, it’s still an important factor for Hornung. “In our everyday work, energy consumption is not such a big issue, but the cost of energy is increasing year after year. So you have to offset this with energy-efficient machines,” says Hornung. With the new machine of the MV Series, the company is quite a bit faster, which is due among other things to the automatic wire threader. Such integrated functions as the Corner Master also contribute to this. But what ultimately counts for Hornung, however, is the machine’s precision. The surface quality of the workpieces, which can be of any commonly used material, is as fine as Ra 0.13 µm. “I initially thought these values were reserved for the glossy brochures, but our practical experience has confirmed them,” Weller states. 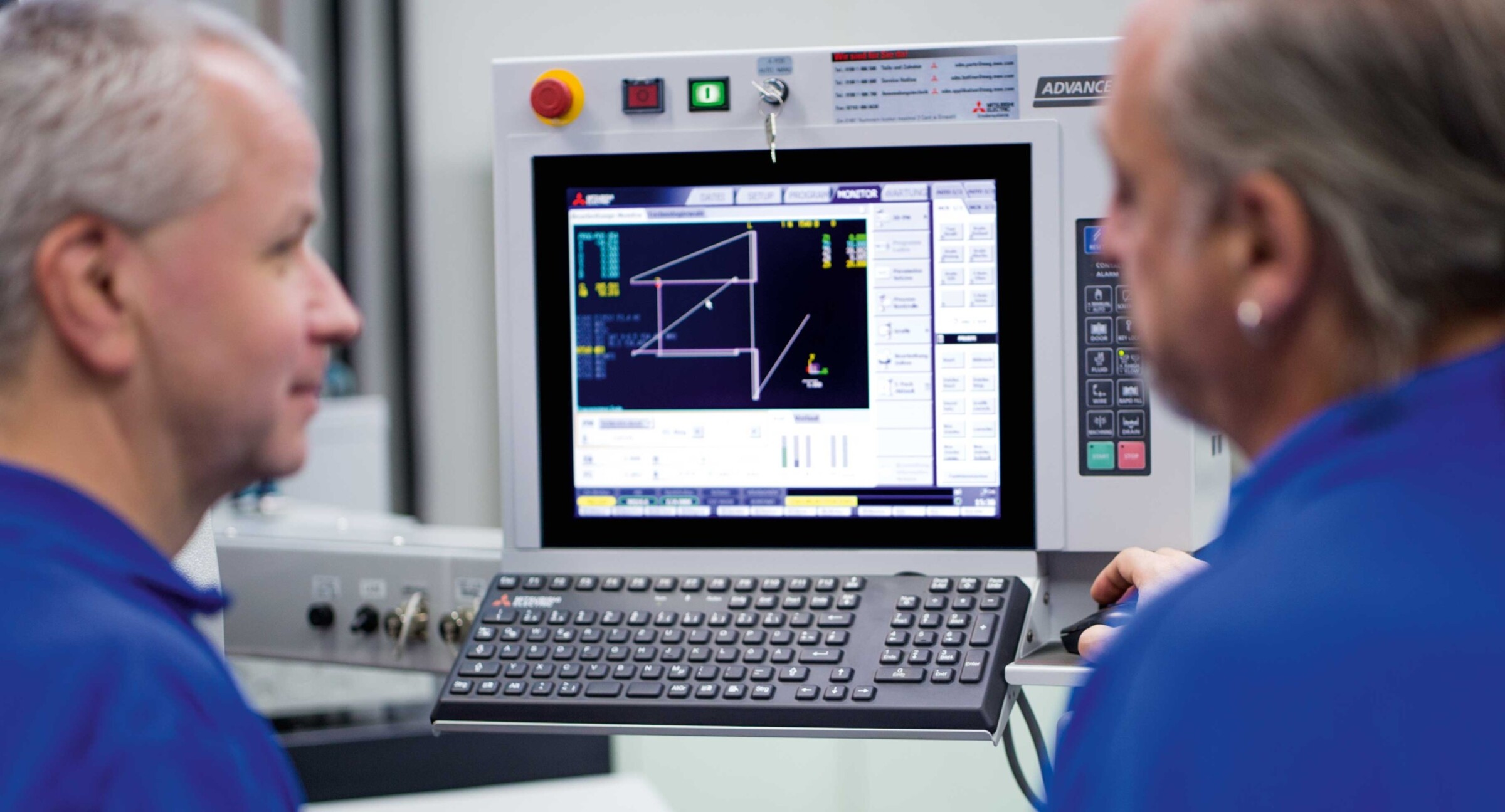 Hornung’s speciality is its rapid conversion of the drawing into the design.

Precision is what ultimately counts

Even after ten years, wire EDM has lost nothing of its fascination for Hornung. “No two workpieces are ever the same. How will the curve turn out? How will the wire perform? And you’ve only got one attempt once the plate has been clamped,” says Hornung describing the daily thrill of machining. “At the same time, the opportunities for machining workpieces are endless.” Hornung is therefore convinced that wire-cutting will stay out on its own in the coming decades.