From side-line to company

With over decades of experience and dedication to the ­profession, ­Péter ­Badics talks about his tool-making company that ­celebrates its 20th ­anniversary this year. He has been working together with his son Bálint for more than ten years. During that time they have ­created a small company from their experience in running a ­private ­enterprise. Their aim is to utilise their accumulated knowledge in a ­prosperous and customer-driven business. 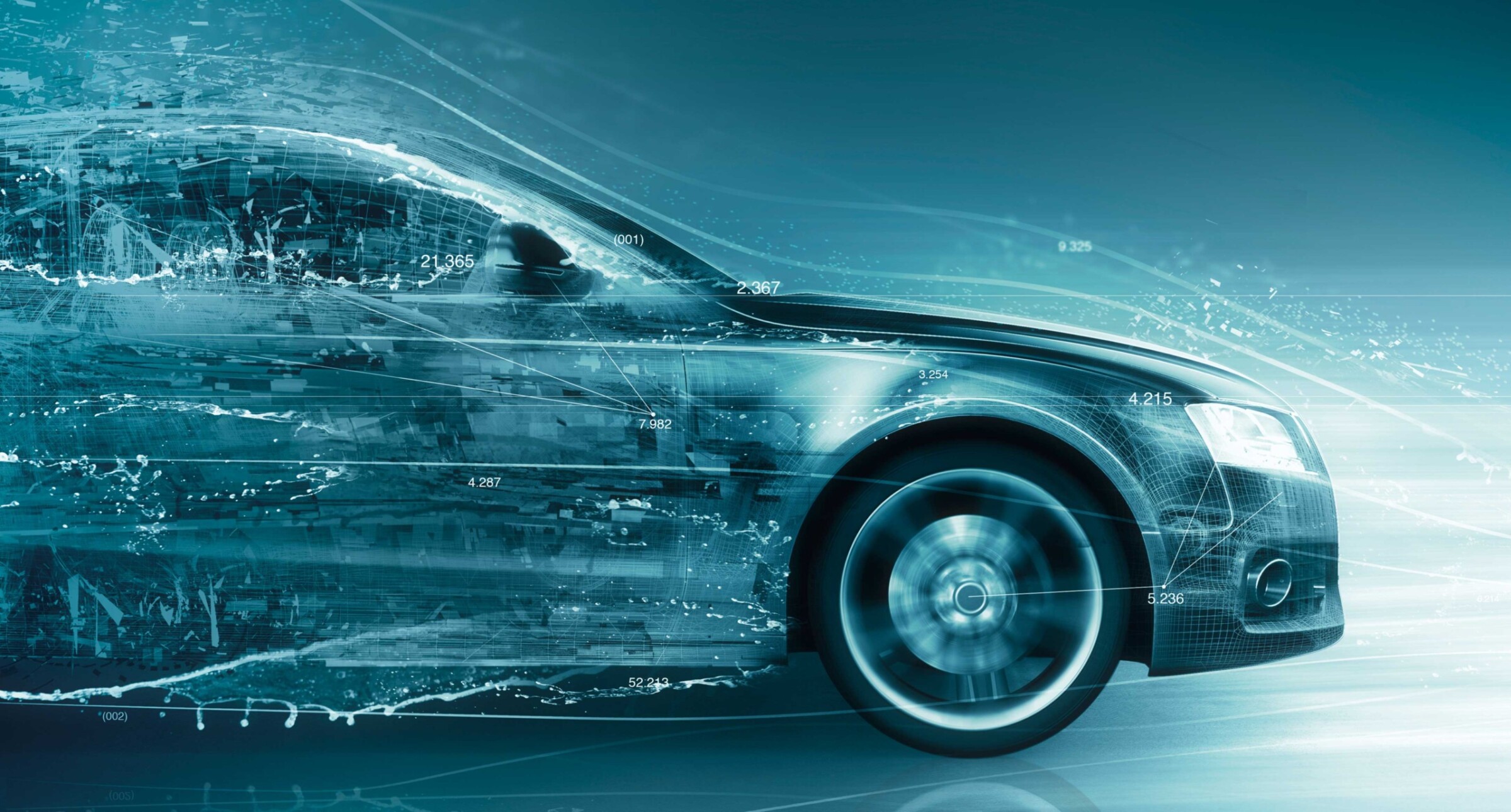 From side-line to company

With over decades of experience and dedication to the ­profession, ­Péter ­Badics talks about his tool-making company that ­celebrates its 20th ­anniversary this year. He has been working together with his son Bálint for more than ten years. During that time they have ­created a small company from their experience in running a ­private ­enterprise. Their aim is to utilise their accumulated knowledge in a ­prosperous and customer-driven business.

From side-line to company.

During the ’90s, Péter Badics began working in the tool-making ­industry as a side-line, in a small workshop with a single milling machine. However, his venture expanded rapidly, and in 1997 he decided to do it full time. Today, his workshop is five times its original size, full of CNC machining centres and EDMs, and bound for further expansion. “We have no space left. If we want to develop, we will have to increase in size as well and relocate to new premises,” he says, running the company on the principle of ­continuous growth. The whole area of Ajka in Hungary is known for its tradition of tool-making and most of the local companies work in the same sector. However, the small and medium-sized enterprises ­co-exist here in harmony. Many of the owners know each other and Péter Badics has good relations with local businesses as well. 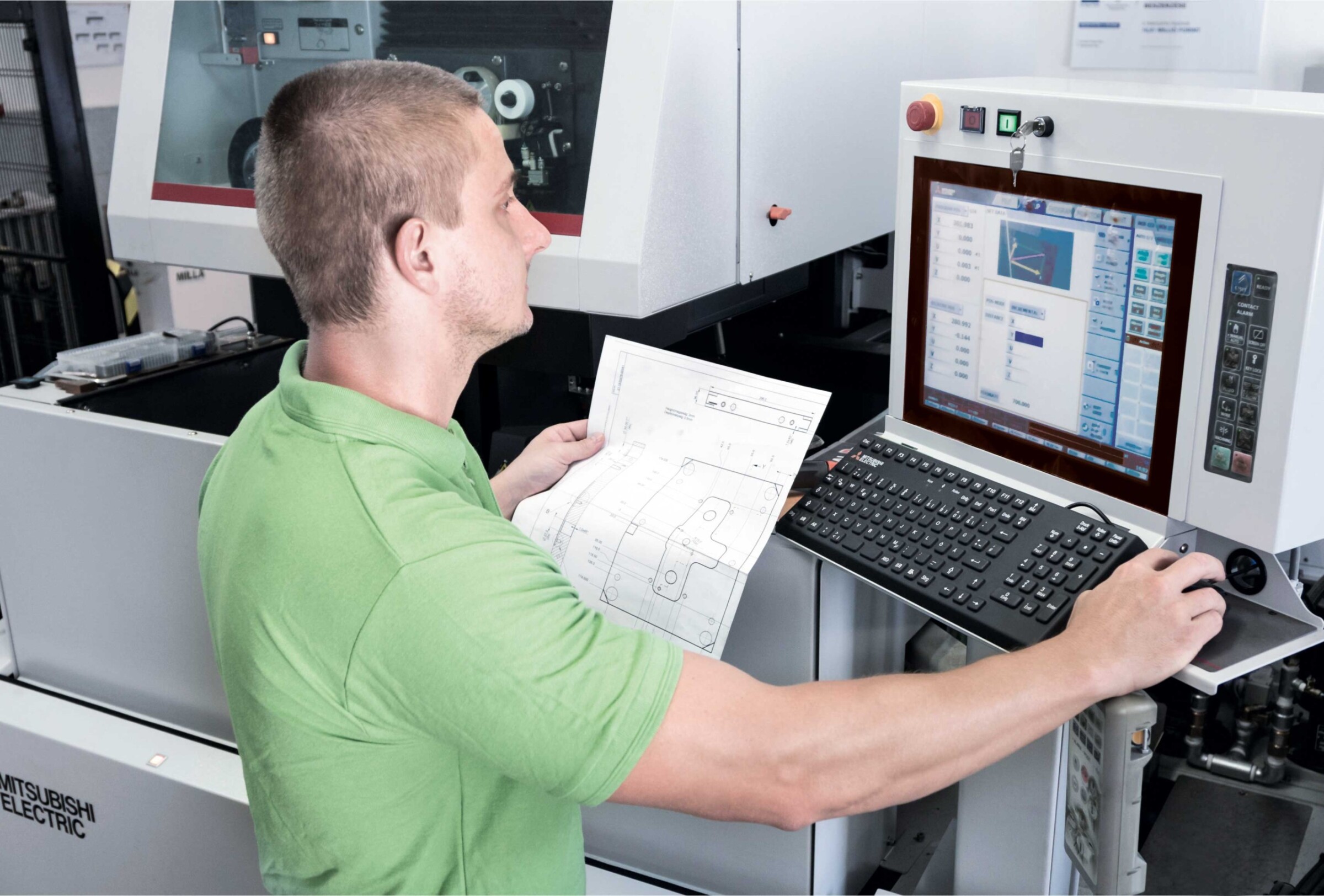 Programming is easy and consistent.

“Since we are suppliers to different companies, we don’t encroach on each other’s business. Furthermore, we all originally learned the trade at the same place.” In a town with a population of 35,000 people, many make a living from the tool-making industry. However, their business was the first to introduce Mitsubishi Electric EDMs. “We were the first to buy a Mitsubishi Electric machine in 2004. The first one was so new that ours was the only one in the town and in Hungary as well. People were coming to our shop for testing and references,” says Péter Badics explaining the beginnings of their relationship with Mitsubishi Electric. “We were amazed by the performance of the first wire EDM, and the increased productivity achieved by the new technology gave us a huge advantage,” he adds. 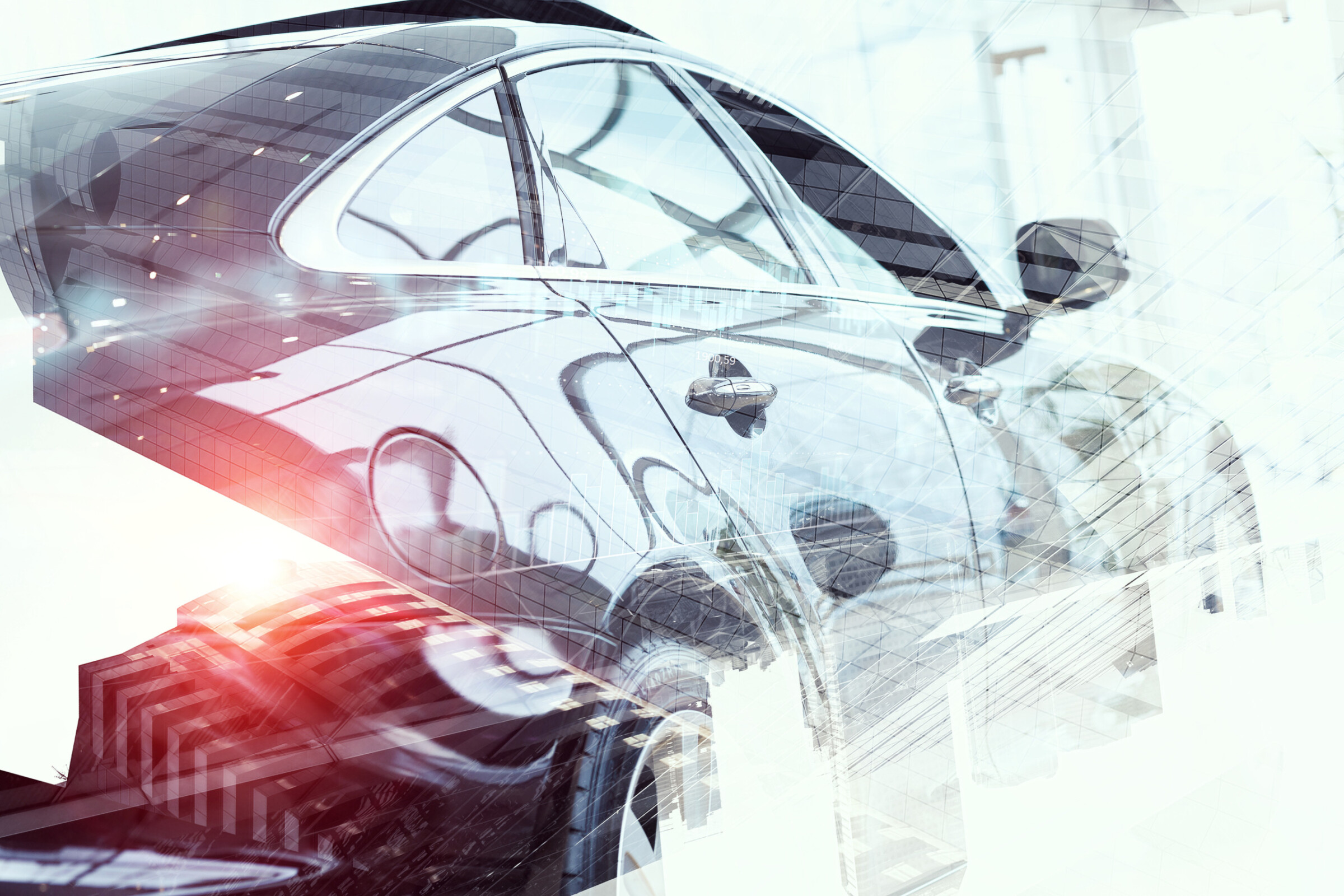 From hobby to profession.

Since they were the first in the country to use Mitsubishi Electric wire EDMs (FA series) and in the region to use sinker EDM machines, they have strong ties with the ­company. After their first investment in 2004, they have been continuously developing their EDM portfolio. Today, they use a Mitsubishi Electric MV2400S and a FA10 wire EDM for tool-making, and an EA28V Advance sinker EDM as well, alongside an ED24 EDM start-hole drill. According to Bálint, “these machines meet our requirements absolutely in terms of price-performance ratio. There are cheaper and more expensive categories at Mitsubishi Electric and other ­manufacturers as well, but we are ­committed to the brand because of our very positive experience with them. We have chosen the machines to suit the tools that we make and have never been disappointed.” He ­emphasises that these machine tools are low on maintenance, and they have never experienced accidental breakdowns. This reliability means they are able to make long-term plans with these machines. However, there was one disadvantage with their specific sinker EDM model: the workbench depth. This model was designed for large ­workpieces and they had to build a ­support to machine smaller ones. “However, we are able to accept orders for larger workpieces, as they fit the machine,” Bálint adds. Mitsubishi Electric machines are flexible and versatile in practice.

Several tools for plastic parts can be easily produced on EDM machines.

From a toolshop in Ajka to the international market

Most Hungarian companies do not work solely for the Hungarian market. Even though the automotive sector is a huge market, many companies aim for foreign expansion. This results in new experience and knowledge that may serve as a basis for further ventures. We asked the managers of the company how hard it is to serve the international market. Péter and Bálint agreed that with proper references borders do not mean obstacles. “We have to do trial work first, a small order to test us, but if we deliver quality on time we will have no problems with them,” says Péter. Bálint adds: “Our aim is to get more and more orders from abroad. We are looking for opportunities.” They currently supply tools to Hungarian and Austrian companies for die and mould casting. They also have clients outside the automotive sector and supply tools to medical technology and the cosmetics industry. However, they only receive a few orders to blank press tools, despite having the necessary technology available in their current workshop. 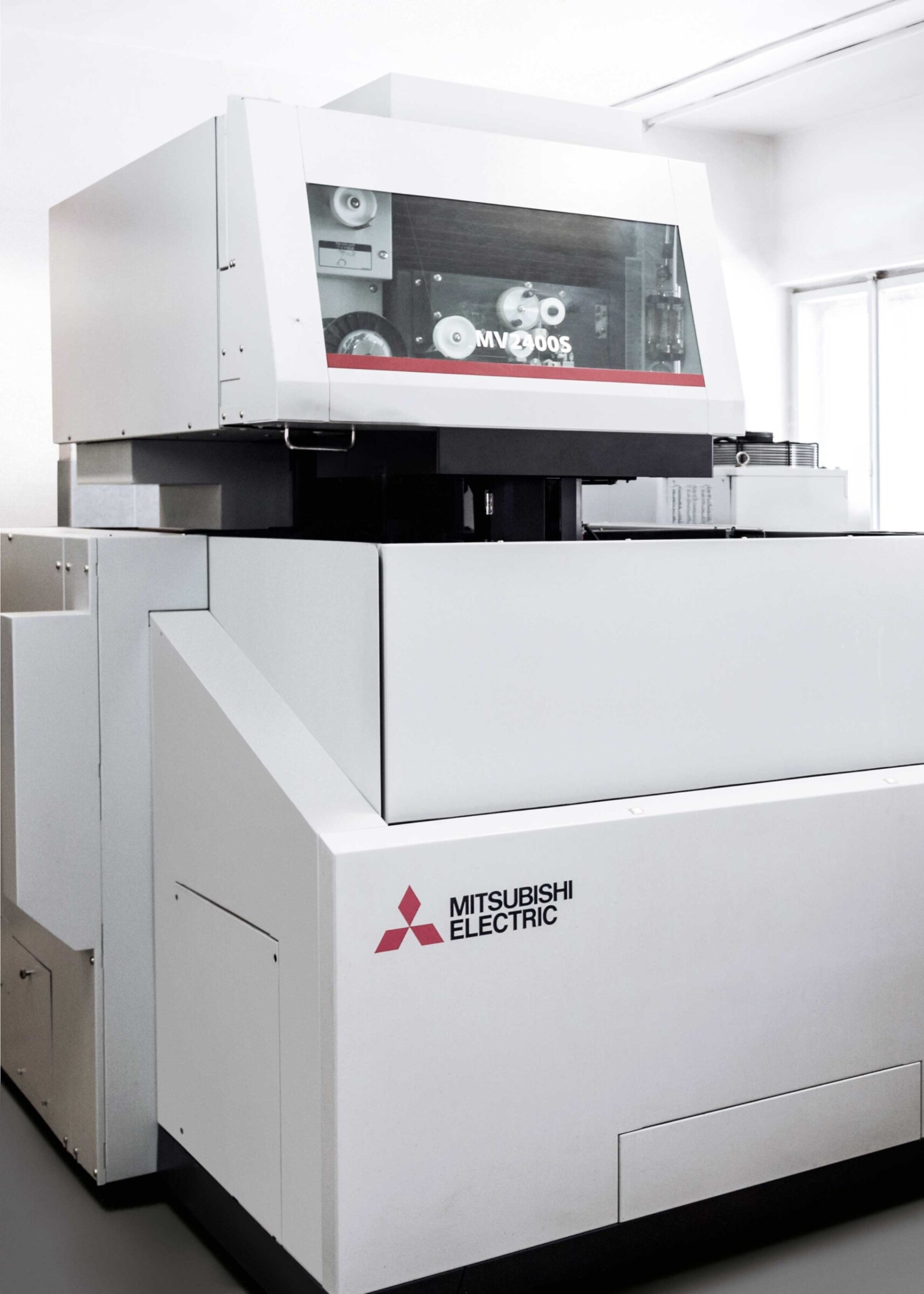 At the company they use an MV2400S and an EA28V Advance EDM.

Besides tool-making, their work encompasses the design of the ordered tools. These projects are delegated to experienced professionals, who are able to design the tools for the product or optimise existing models and technologies. Of course, there are cases when the clients supply complete plans, and then Péter Badics only has to ­supervise the tool-making ­process. They make 30-40 tools a year, but this depends on the size of the tools and the housings. The ­company works in 2 shifts, but thanks to their reliability, Mitsubishi Electric machines can also be used during the weekends. The machines are equipped with an automated tool changer, so they do not require constant supervision. “There are workpieces that spend a whole week on these machines. These kinds of orders enable us to make full use of our production capacity,” Bálint explains. 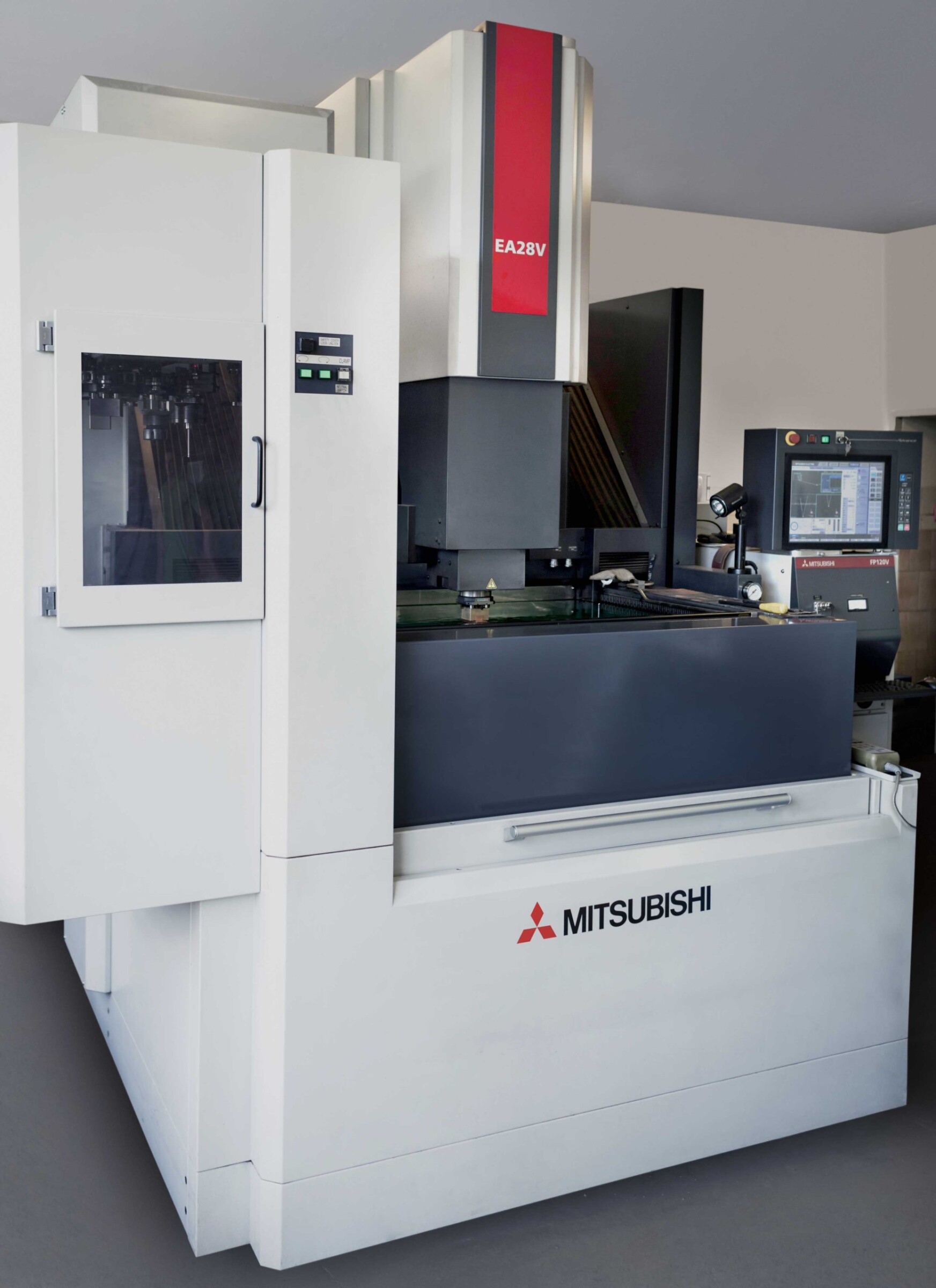 Like the majority of Hungarian companies, Péter Badics’s group is also confronted with the shortage of skilled labour and the difficulty in hiring experienced workers. There has been major restructuring in the tool-making sector over the last few years. This shift has raised wages and triggered migration. “Many things have changed here recently, but it is not all bad for the industry.” However, in order to secure the company’s future in the long run, it is important to consider training and recruiting. Fortunately, a positive process has started with the establishment of vocational training centres: more and more companies are admitting students from vocational secondary schools to gain professional practice and real work experience. “This is, in principle, good for everyone: the student benefits as he has a place to ­practice and learn a lot about the profession, and we might find people who will work with us later,” says Bálint. “We would not be able to attract any skilled workers to the company right now, since all the experienced tool-makers are working for another company,” Péter adds. 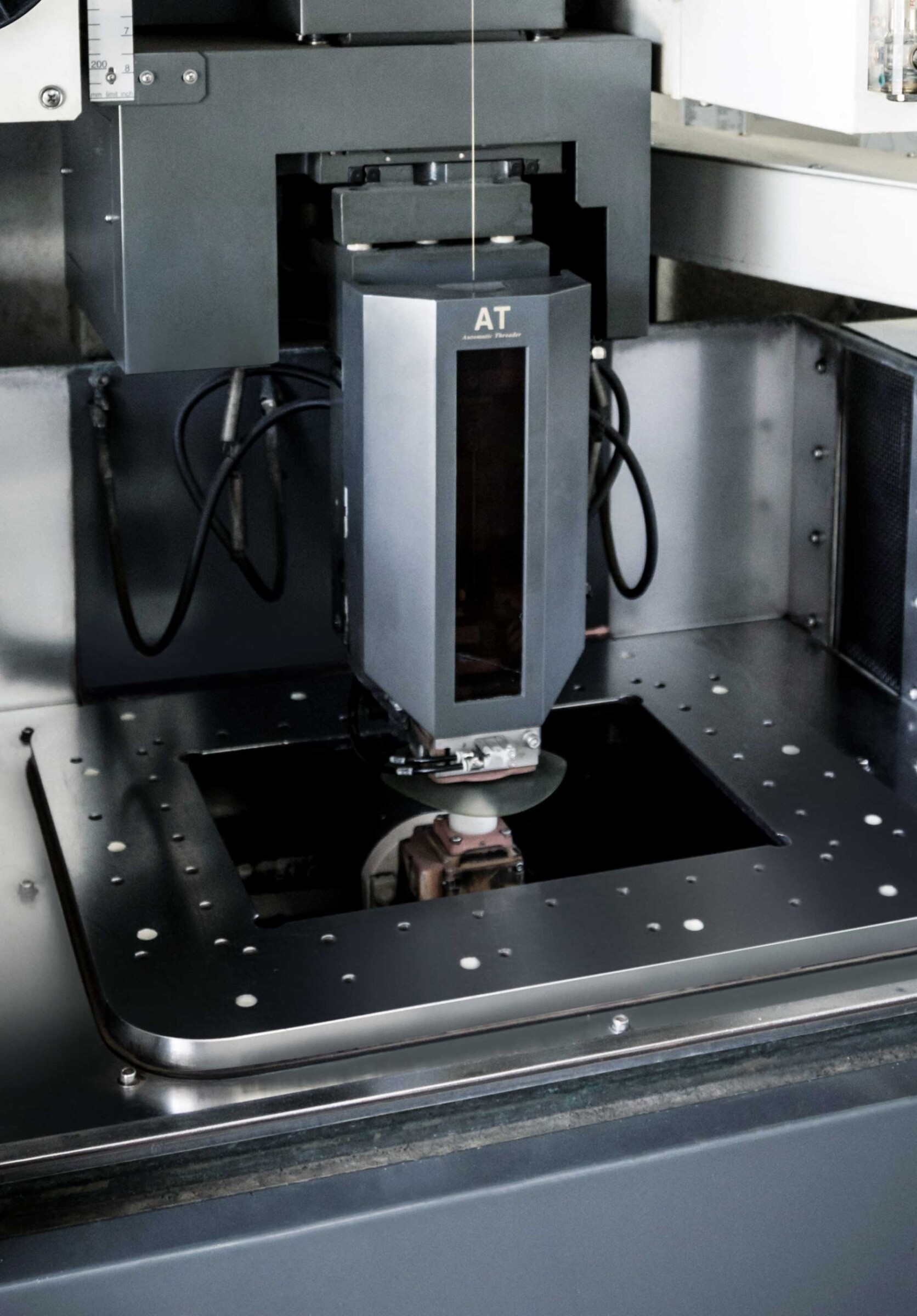 Since there are many companies with similar activities in the area, the question arises as to whether owners have ever thought about cooperating or merging. For the last twenty years, Péter Badics has, however, chosen autonomy. “We have created the company to transfer the knowledge acquired so far and to continue the business through a company instead of a private enterprise. I never wanted to leave the company, even if there had been an investor interested in the opportunity.” Bálint is more flexible, but agrees with his dad that independence has its advantages. Indeed, Péter Badics’s private enterprise was not shaken by the ­financial crisis and has been unstoppable over the last 20 years. 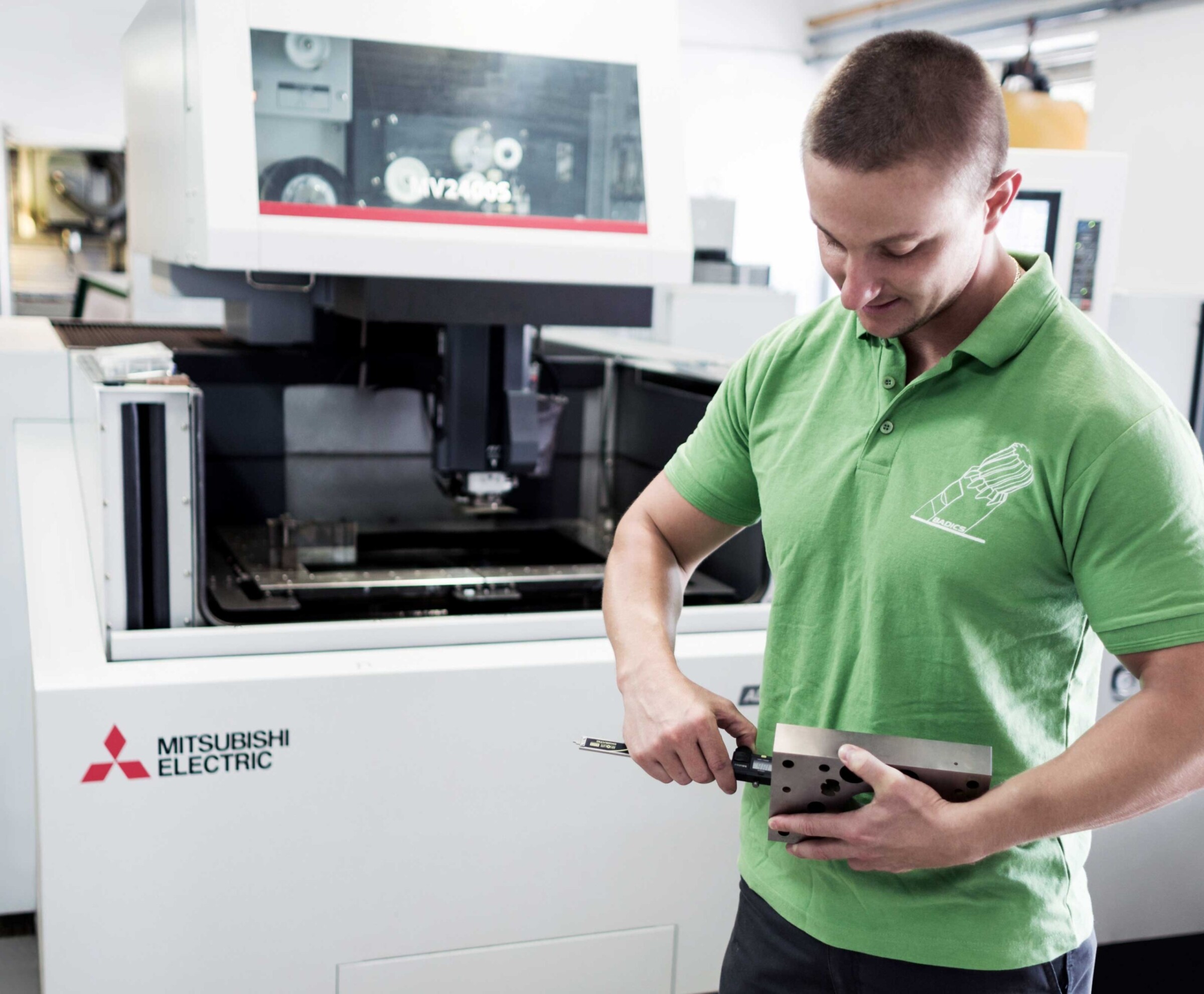 In the small business sector, it is rare to see so much emphasis placed on upgrading the machine fleet, and using tender opportunities. They maintain a good relationship with their partners and ­suppliers as well as local companies. They are happy to ­demonstrate the technical efficiency of the equipment they use, be it by trial cutting or reference machining. They believe that this tradition will be maintained: “Past experience and reliability are the decisive factors when purchasing a machine,” says Péter Badics summing up brand loyalty at the end of our conversation.