The exploding populations in large cities call for practical solutions in the housing sector. In Japan, the problems of the future are encountering a culture that has already addressed in depth the issues of modesty and minimalism in furnishing and design. 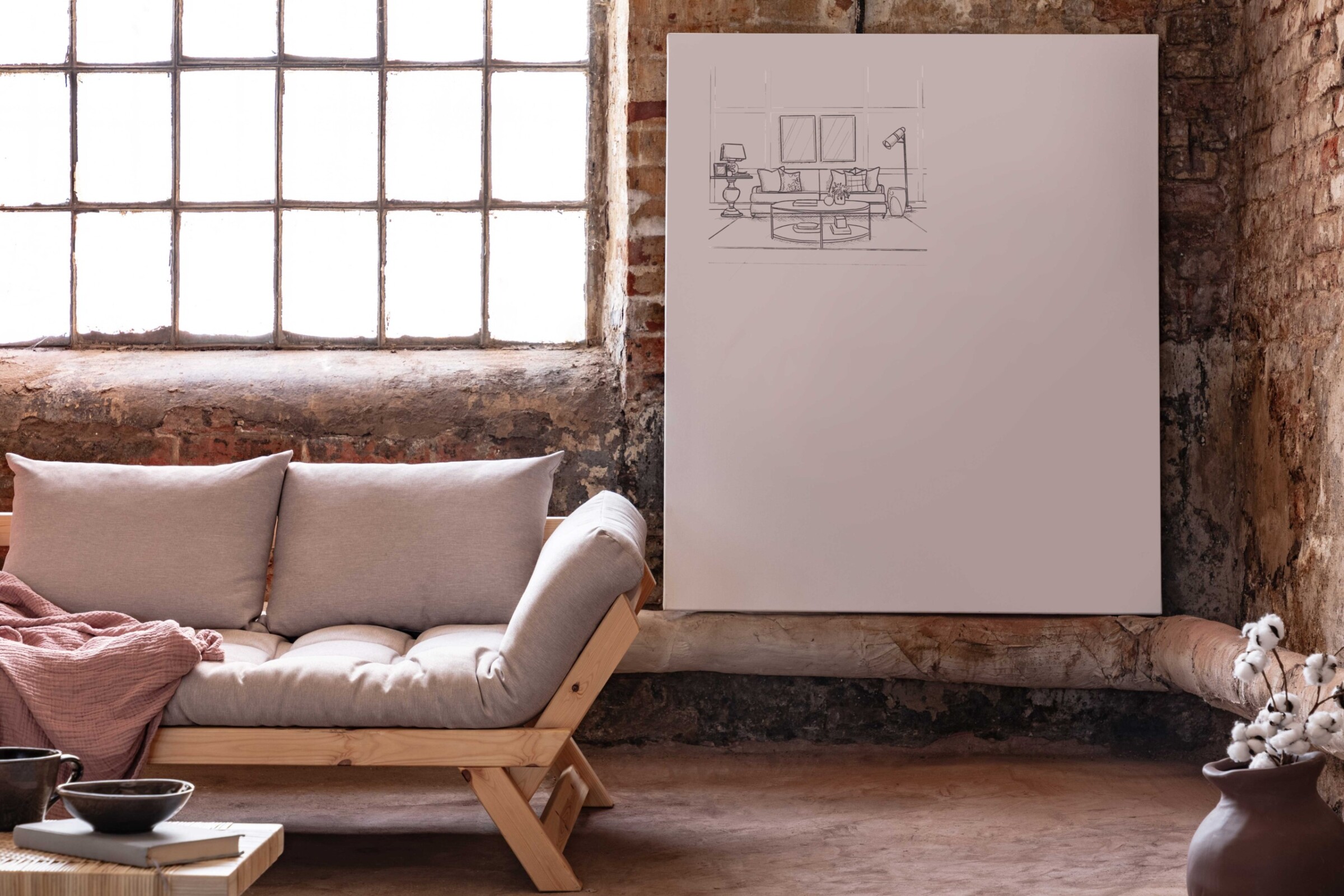 The exploding populations in large cities call for practical solutions in the housing sector. In Japan, the problems of the future are encountering a culture that has already addressed in depth the issues of modesty and minimalism in furnishing and design.

Wabi-sabi is the name of the typical Buddhist-Shinto aesthetic that can be found in almost every living room in Japan. Originally from monasteries, shrines and meditation gardens, it has recently migrated into private homes. The principle is that everything is used very sparingly and that decoration only makes use of subtle accents. Wabi-sabi is not only the culture of the home, but a whole philosophy – a religion and ideology at the same time. The practice is based on a comprehensive theory anchored in the Buddhist principle of the three marks of existence which state that everything is subject to impermanence, suffering and emptiness, and that everything is interdependent. When furnishing a home, decoration and pieces of furniture are arranged according to strict rules. Asymmetric elements for their part stress the imperfection that constitutes the essence of all things animate and inanimate. This characteristic of the Buddhist doctrine of being is also underlined by flowing transitions that are intended to show how everything that exists is variable and changeable.

The perfection of the imperfect.

Buddhism is a philosophy of balance. The famous balance patterns are represented in most Asian countries by the signs of yin and yang. In Japanese home decor, wabi and sabi are contrasted. The former can originally be understood as a kind of desolation and emptiness. The term is not fundamentally negative, but rather stands for something melancholically sweet. In conjunction with sabi – a kind of maturation and ageing – wabi achieves perfection in imperfection. Beauty is deliberately thwarted in order to reveal the true essence beneath a layer of dazzling distraction.

How does this look in practice?

Desolation in the world is usually expressed in architecture and the home through unclear forms and asymmetry. Objects are displayed in their raw and rough state. Surfaces are hardly ever smooth – glazes are not used and are replaced by a patina of ageing, i.e. by sabi. This can be caused by weathering and dirt, but also by the effects of nature. Classic examples are Zen gardens and tea houses, where moss and grass are allowed to proliferate on the roofs. Teapots and kettles only gain their high value from the initial rusting of the cast-iron outer layer. If you follow the concept of wabi-sabi, you will never buy a new kettle, but instead go on a hunt with antiques lovers. Similarly, the principle of imperfection is behind haiku poetry as well as traditional Zen music and bonsai plant husbandry. 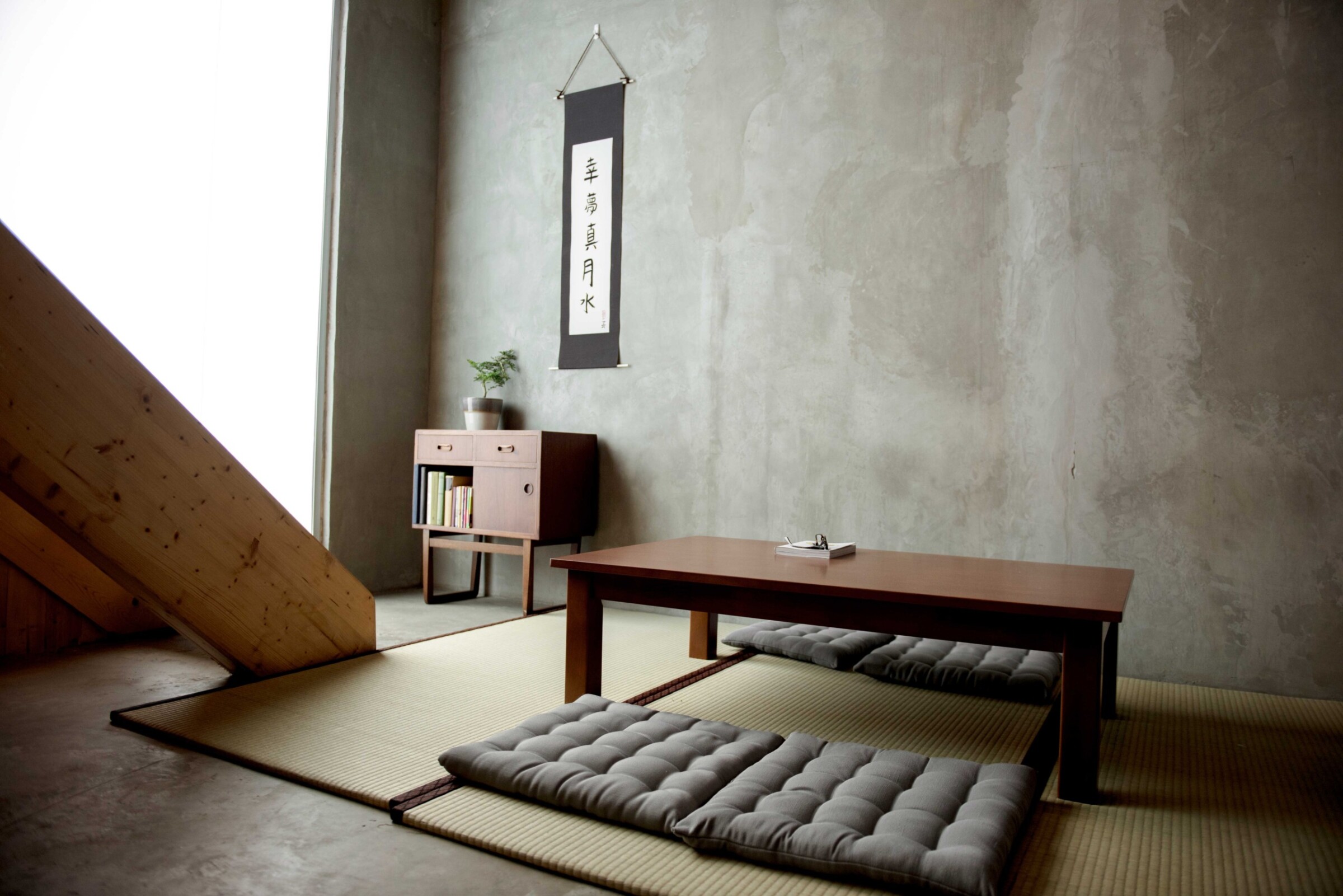 The floor is always covered with the tatami mats, on which most Japanese spend most of their daily domestic lives.

Furnishing tips: What should not be missing in a Japanese home

Plain furnishing finds its justification not only in religion and philosophy. Compact design in large cities is also a contributory factor. It is a question of concentrating on the essential and doing without superfluous frills. The floor is always laid out with tatami mats made of rice straw that every household should have. The home may only ever be entered without shoes. Many Japanese people sleep, sit and eat– in short, they spend a large part of their daily lives – on these mats at home. In the middle of the living room and bedroom there is a low table at which people dine or devote themselves to other tasks cross-legged. With the aid of paper walls and sliding doors, the room can be partitioned if required. It is important that these room dividers allow a warm, milky light to pass through. Besides there are also thicker cardboard walls, fusumas, behind which one can, for example, change undisturbed without putting on a shadow play in front of guests.

Natural materials are mainly used for furnishing and decoration – plastic is not popular in interior design, with bamboo, wood, sisal and rice paper predominant. Japanese homes often showcase ceramic bowls which, according to the principles of wabi-sabi, are naturally misshapen and have a rough surface. They can contain water, candles or incense sticks. Aquariums are also a welcome accessory. The elements are usually arranged to honour the principles of feng shui and thus allow an optimal flow of energy. When visiting a Japanese flat, pay attention to the direction in which the items of furniture are facing and whether all five basic elements – earth, metal, water, wood and fire –are in a balanced arrangement in the household. 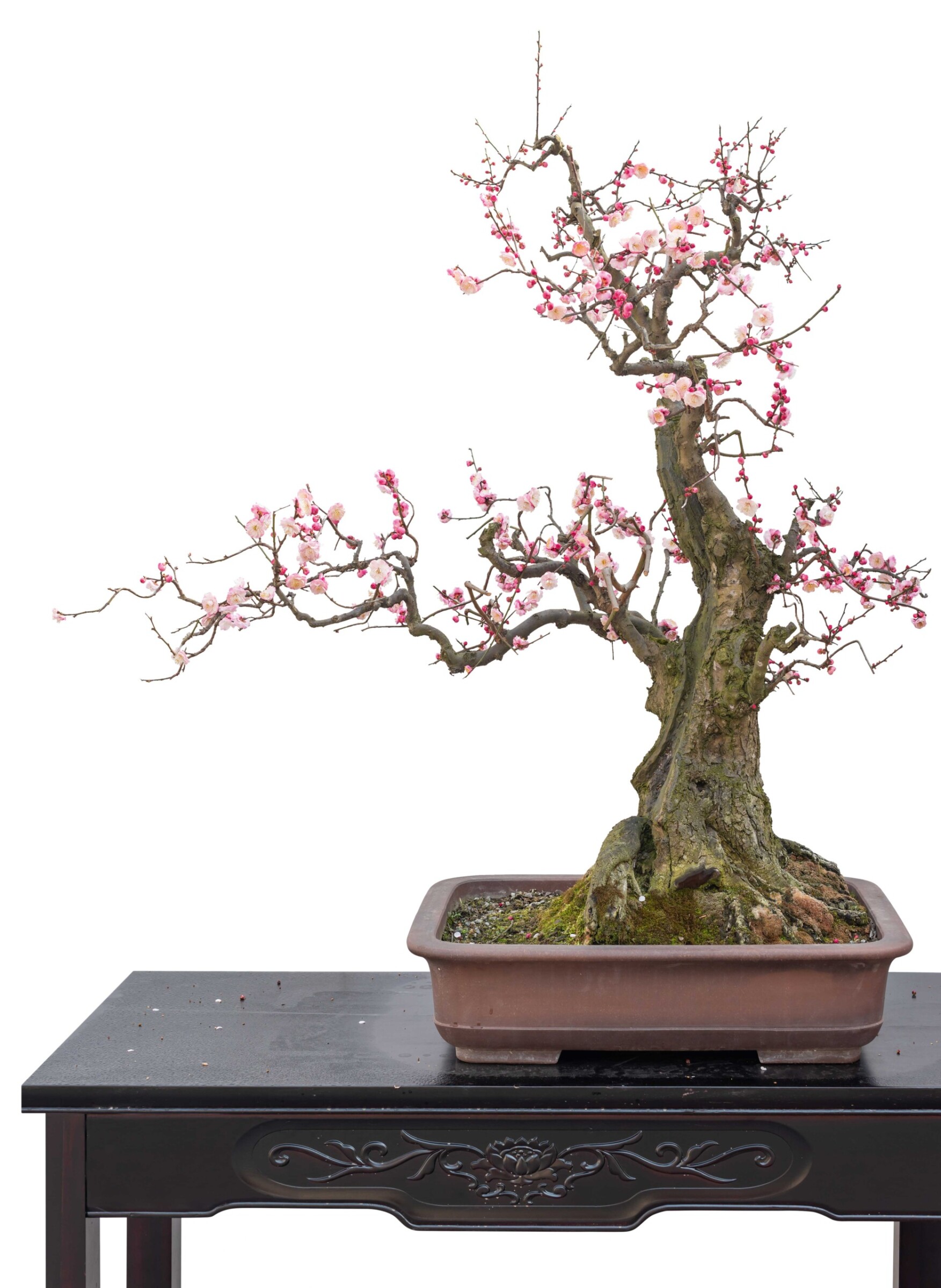 Traditional bonsai plant cultivation is similarly based on the principle of imperfection.

Wabi-sabi for your own home

In the west, wabi-sabi has recently arrived in the home along with such movements as New Age and feng shui. What Japanese domestic culture expresses above all, however, is abstinence. The emphasis on minimalism creates more space in which body and soul can breathe freely. Even those distrustful of all things esoteric might consider thinking about which things and decorative elements they really need in the household and which they don’t. Anyone adopting wabi-sabi always ends up with a home interior displaying elegance, style and simplicity – an interior that provides the perfect foil to the asymmetrical ceramics, which are of course practical and are intended for everyday use.