Kegelmann Technik has been one of the best addresses for prototypes and small series for almost 30 years – and always a step ahead of the market. Its recipe for success is its use of brand-new and different technologies for the benefit of the customer. 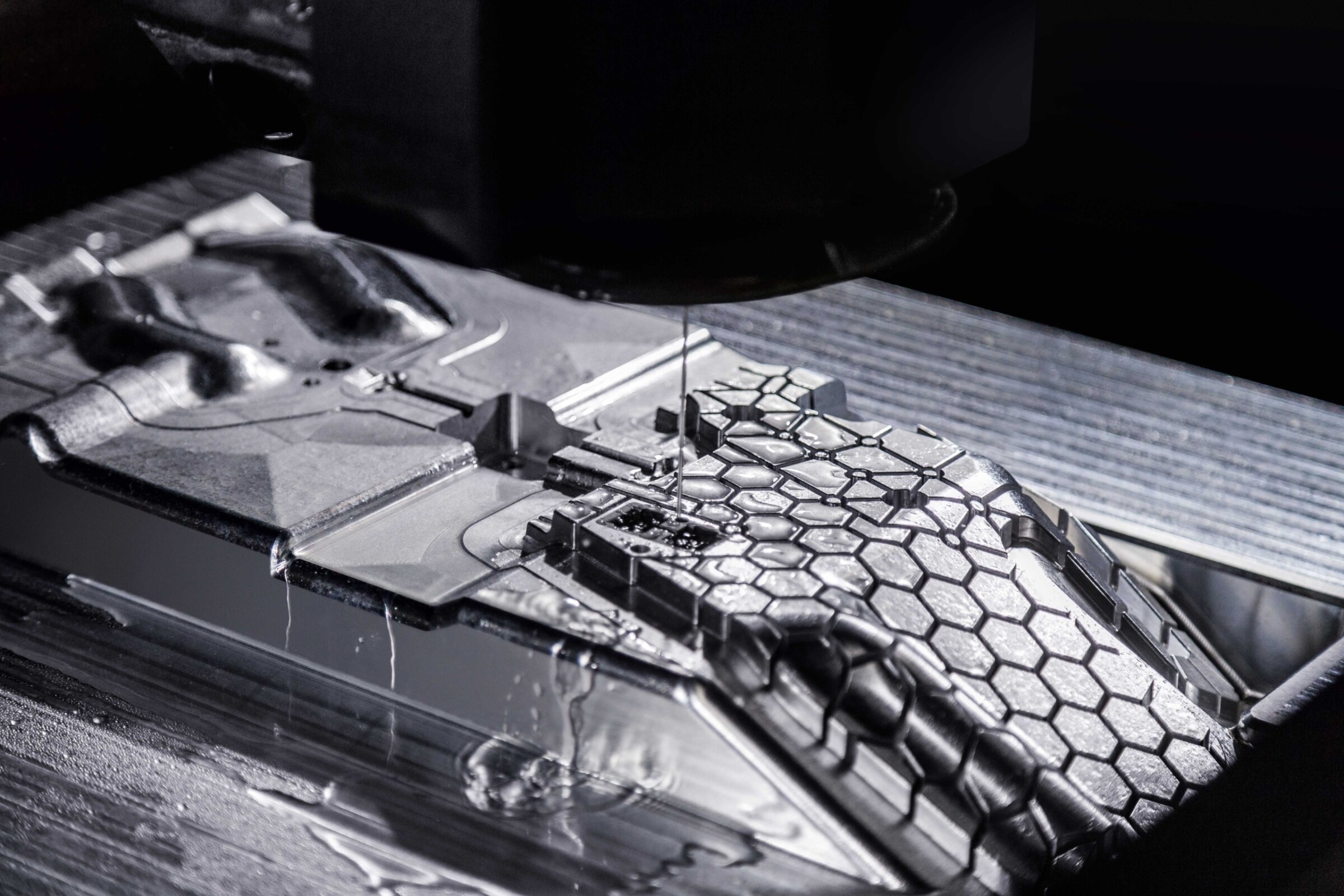 Kegelmann Technik has been one of the best addresses for prototypes and small series for almost 30 years – and always a step ahead of the market. Its recipe for success is its use of brand-new and different technologies for the benefit of the customer.

The future of machining

Anyone wanting to familiarise himself with the future of machining can do so some 30 kilometres from ­Frankfurt in the locality Rodgau-Jügesheim, the home of ­Kegelmann Technik GmbH. Prototypes and small ­­­­­­­­se­­ries are the specialities of the Hessen-based company, its customers being automotive manufacturers and their suppliers, machine manufacturers and also companies in the medical technology sector. However, the regular visitors to Kegelmann Technik include not only representatives of these sectors, but also delegations from industrial federations and business associations. Politicians are also welcome guests – most recently ­Boris Rhein, Hessen’s Minister of Economics. They all come for the same reason: to find out about the production methods of tomorrow. Because while others are still talking about how the strategies, solutions and technologies behind the concepts “Industry 4.0” and “additive manufacturing” can be sensibly exploited, they have long been adapted and integrated at ­Kegelmann Technik. 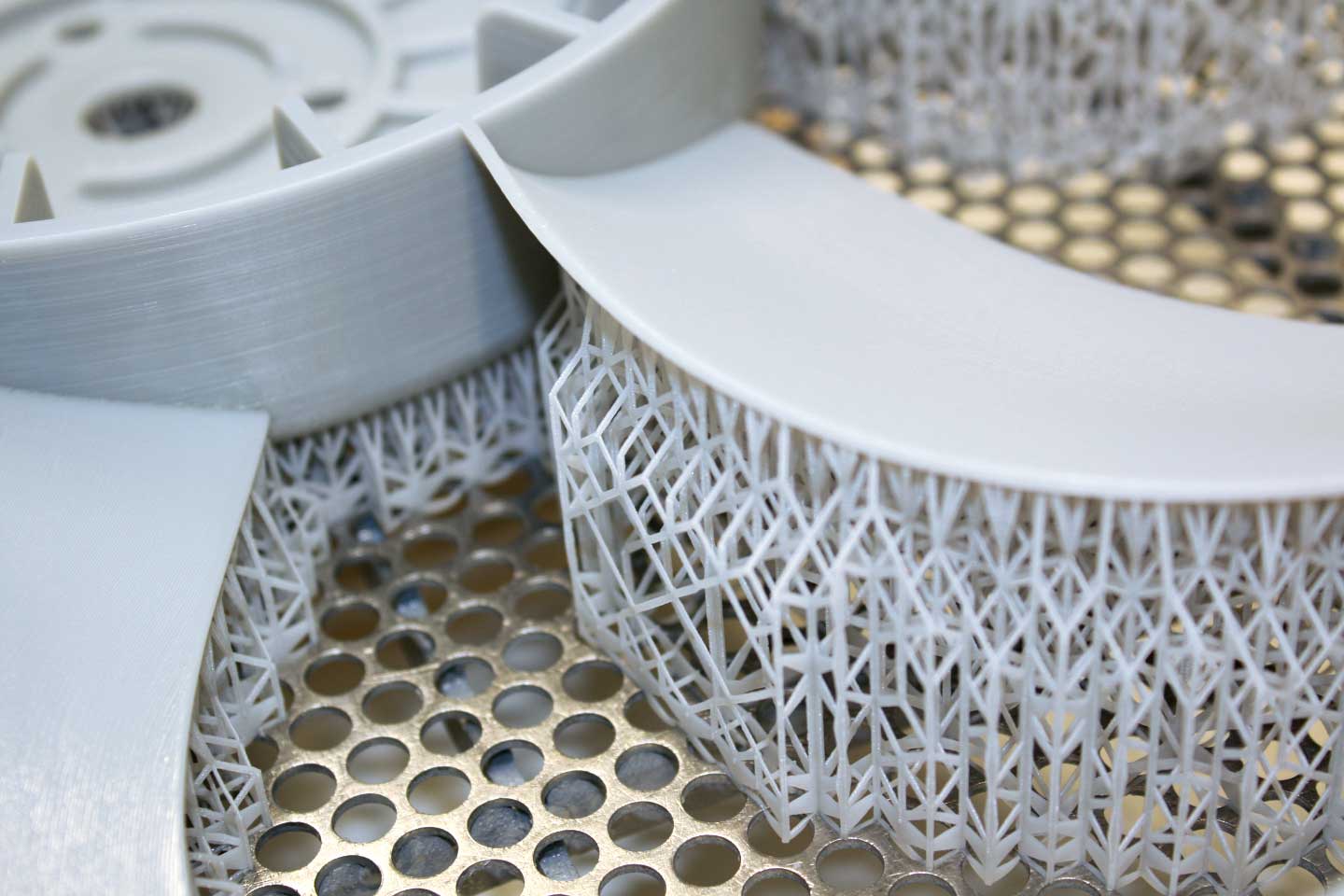 3D printing had just been born, and newly graduated engineer Stephan Kegelmann already knew that the future belonged to this technology. Today the ­company is already mass-producing items with the 3D printing process.

Always keeping ahead of the market

“When they realise that customers’ problems are better solved with new technologies or methods than with the existing ones, then they have to take action,” says Managing Director Stephan Kegelmann explaining the principle that he has been running his business on for almost three decades. And this can also mean totally reorganising the business. For this reason, the production shops contain not only the hyper-modern 3D printing systems, but also the MV2400R from ­­­­Mitsubishi Electric, a wire-cutting machine of the superlatives. “We have always been one step ahead of the market,” says Kegelmann. 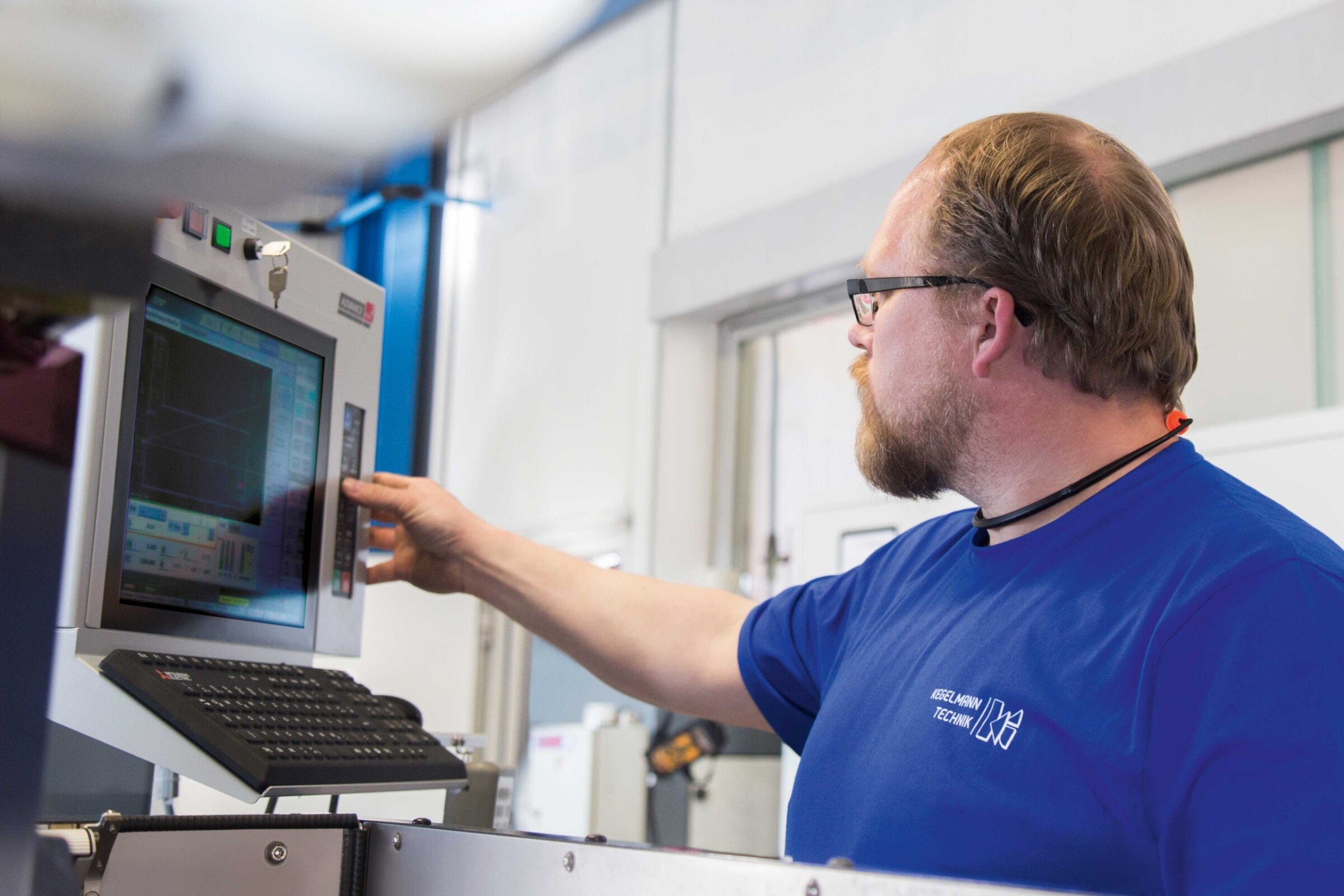 Intuitive operation: It took just brief instruction over the phone from a Mitsubishi Electric service technician to enable toolmaker Markus Kayser to get down to work with the new machine.

If you want to embark on a trip into the future with ­Stephan Kegelmann, you first have to go back into the past, to the year 1989. This was when Kegelmann became one of the first in Europe to buy a system for stereolithography. It can be used for making plastic ­components layer by layer – you could say the ­­­­­­machine is the grandfather of all 3D printers. ­­Kegelmann, a model- and mould-maker by training and, at the time, a newly graduated mechanical engineer, was quick to identify the potential of the revolutionary ­­new technology. “Until then, models were drawn on paper and ­then it took what felt like an eternity to feed the production equipment with the data. CAD/CAM was largely unheard-of in those days, and even if companies knew of it, hardly anyone wanted to invest in it. Then, suddenly, there was a system capable of producing a com­ponent on the basis of a model drafted at the computer. ­I soon realised that this is the future,” Kegelmann recalls. Buying the first system put Kegelmann Technik GmbH right on track. Its founder now offered the entire process chain: designing a component with CAD/CAM, producing a master model by stereolithography on the basis of a 3D model, reproduction by moulding – and the prototype is finished. “Some years later, the term ‘rapid prototyping’ was invented for this process chain,” ­Kegelmann remembers. So it is no wonder that ­Kegelmann is known among his colleagues as the “dinosaur of 3D printing”.

Always keeping ahead of the market 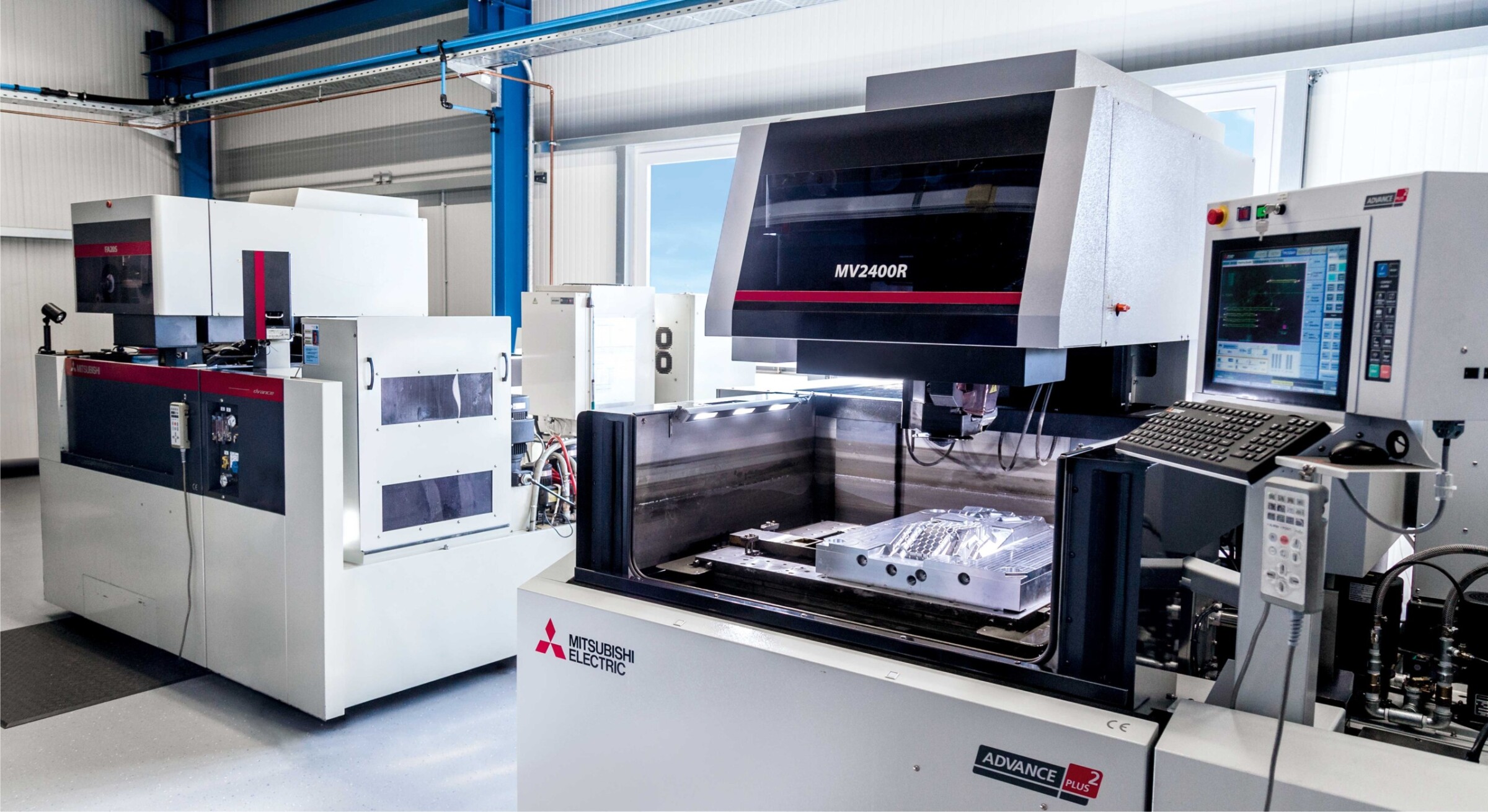 Despite generative machining, wire EDM is also a forward-looking technology for Kegelmann Technik.

Just a few years later when the young business had established itself on the market, another milestone loomed on the horizon. Selective laser melting (SLM), in which a component is produced from a powdered metal material, caused a stir in the mid-Nineties. With this technology it seemed possible to produce components out of metal virtually overnight. “The results fell a long way short of acceptable quality. But the message propagated on the market was that prototypes could be mass-produced in next to no time,” says Kegelmann looking back. But instead of giving the technology the thumbs-down, he overhauled his business. He invested in toolmaking, with rapid prototyping being joined by rapid tooling. He bought SLM systems coupled with a milling machine, lathe and a wire-cutting machine so ­­­­­­­­­­­­­that­ he could give the generatively produced ­components a top-quality finish with conventional technology. 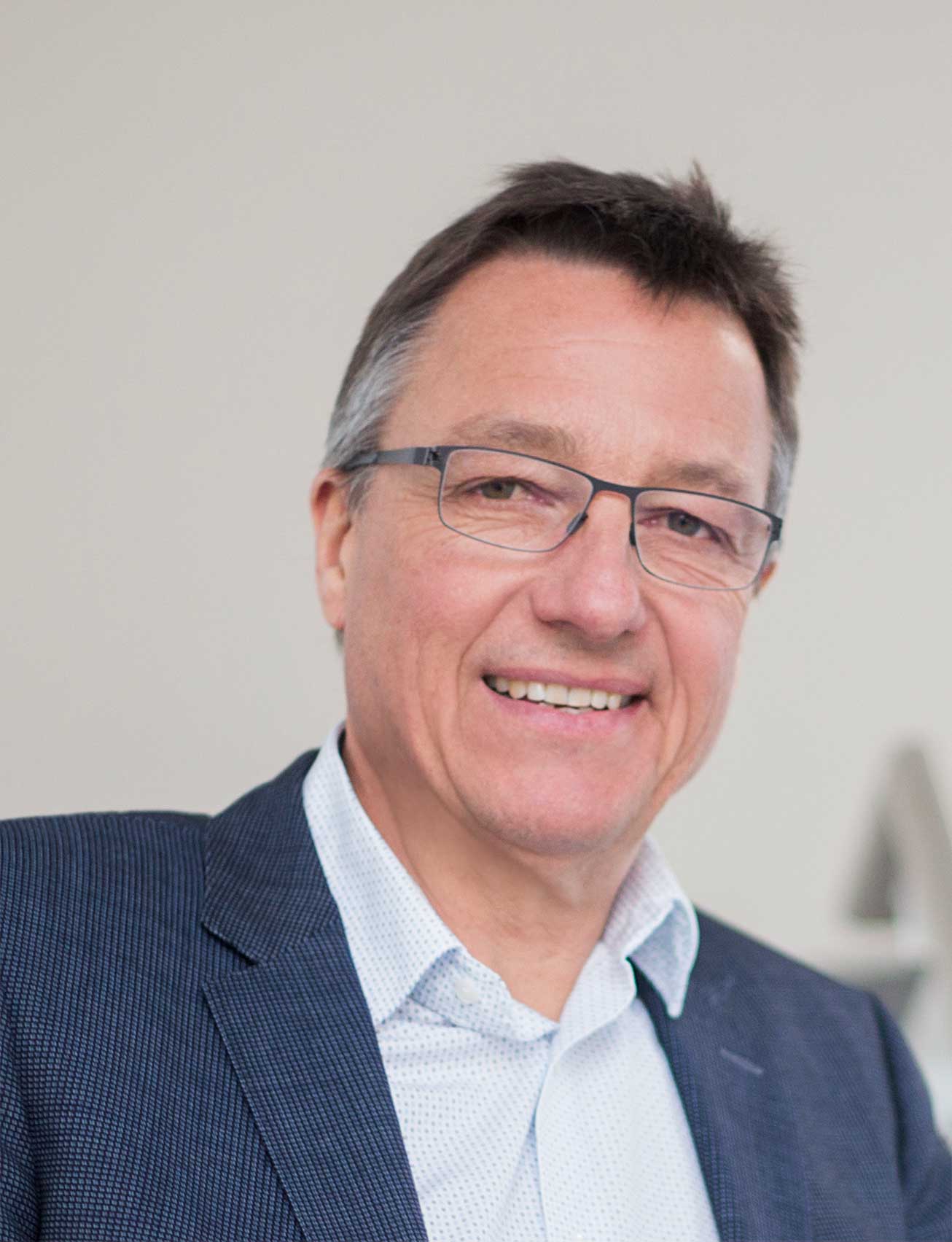 The biggest benefit of the new system for us is the automatic wire threader. We have a high degree of automation, so its largely unmanned operation was the decisive factor for the investment 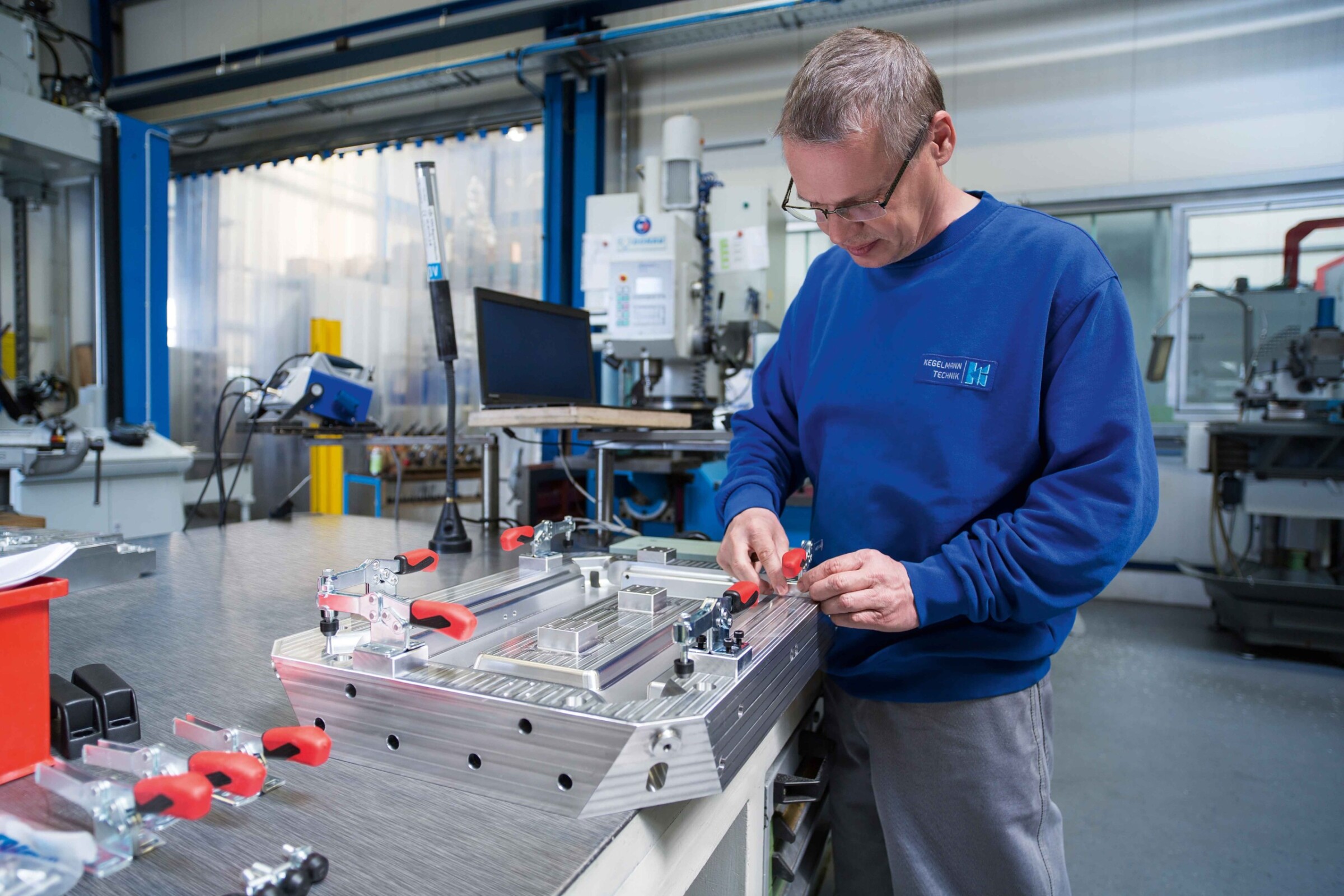 Kegelmann has been engaging in top-quality production for almost three decades. The company in Hessen is often one step ahead of the competition.

From Connected Prototyping to Connected Manufacturing

Back in the here and now, Kegelmann feels vindicated by the decision taken early on. “Today, toolmaking generates about half of our sales and it is the area that is growing fastest,” he sums up. 3D printing accounts for 30 per cent, and model-making 20 per cent. At the same time, each area is equally important. “We’re not tied to any specific technology. Although certain parts can no longer be produced conventionally, we shall continue to need conventional machining methods for the foreseeable future, because there’s plenty of potential­­­ in combining generative and conventional machining. The new wire EDM system is an important element in this context,” explains Kegelmann. The MV2400R ­­­­­­­­­­­stands alongside its predecessor, a ­FA-20S from Mitsubishi Electric. The latter is only five years old, but the leap to the new generation is huge. “The biggest benefit of the new system for us is the automatic wire threader. We have a high degree of automation, so its largely unmanned operation was the decisive factor for the investment,” explains Kegelmann. In its bid for ­­­­­­­­­­­gre­­­­­­­­­­­­­­­­­­ater efficiency, the company has also invested elsewhere in new technology. In production robot systems are employed, the products are tagged with RFID chips, a job management system efficiently assigns employees’ working hours, and the highest possible degree of standardisation has been achieved. 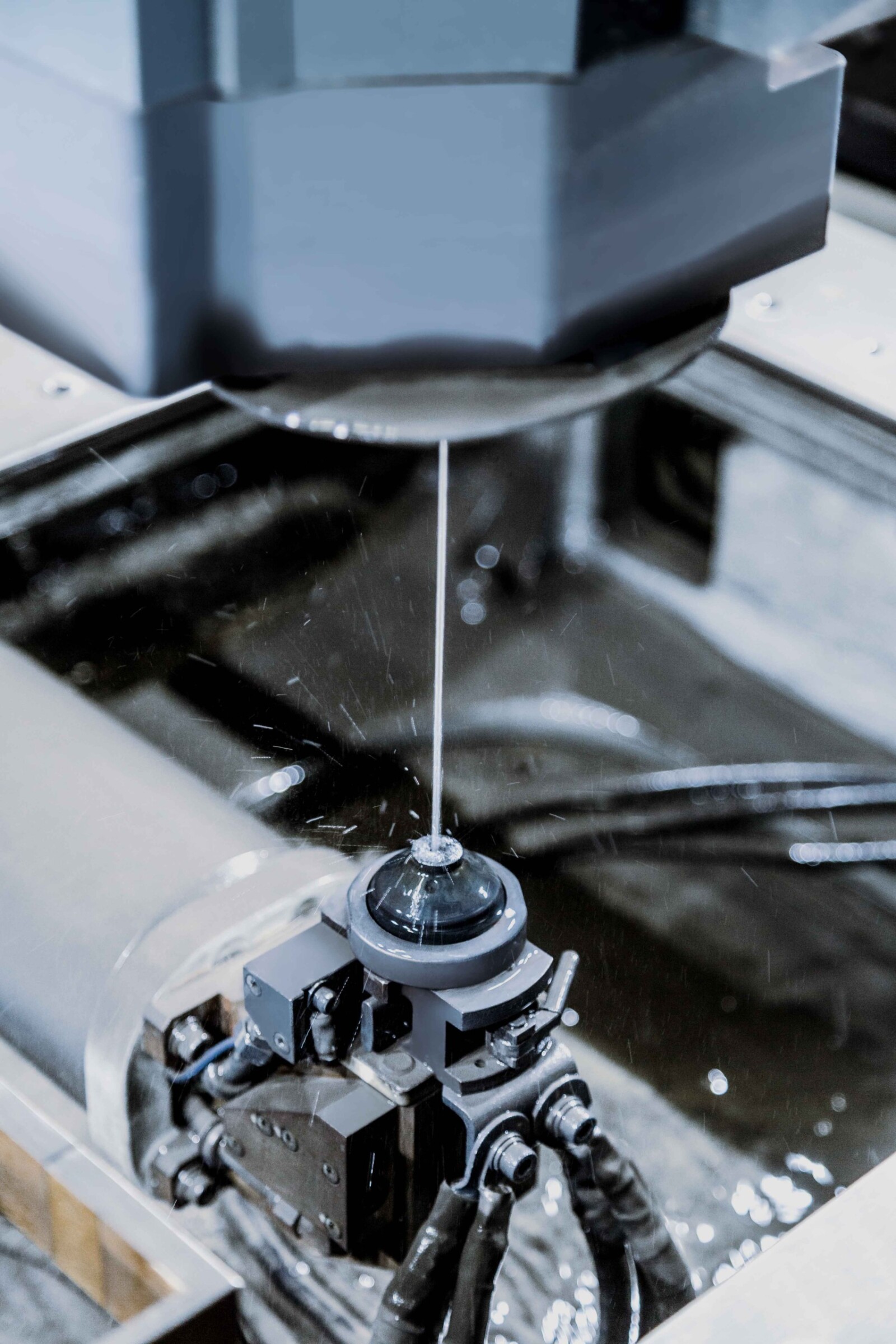 High efficiency plus speed, top quality and a flexible response – the continuous satisfaction of these requirements was for Kegelmann absolutely essential for ­staying in the top league for almost three decades. ­­But this is by no means all that the Hessen-based company has to offer. “The expectations of product-quality prototypes have grown enormously in the last 20 years. While the development of new products used to take five to seven years, it only takes one to three years today in certain sectors. At the same time, the expectations of quality have risen dramatically. Today, companies want to launch new series with our injection mouldings,” he explains. To satisfy these changing aspirations and offer the customer further benefits, the expertise in the design, engineering and production sectors at Kegelmann Technik is neatly dovetailed. Connected Prototyping is the magic word. And in the technology sector as well, the Hessen company recently catapulted itself back to the top yet again. In the summer of last year, Kegelmann Technik extended its machine part to include a modern laser melting system. The company uses it to produce not only parts in small series, but also mass-produced items in their thousands, and made of metal. Connected Prototyping has become Connected Manufacturing in Rodgau. The future has begun. 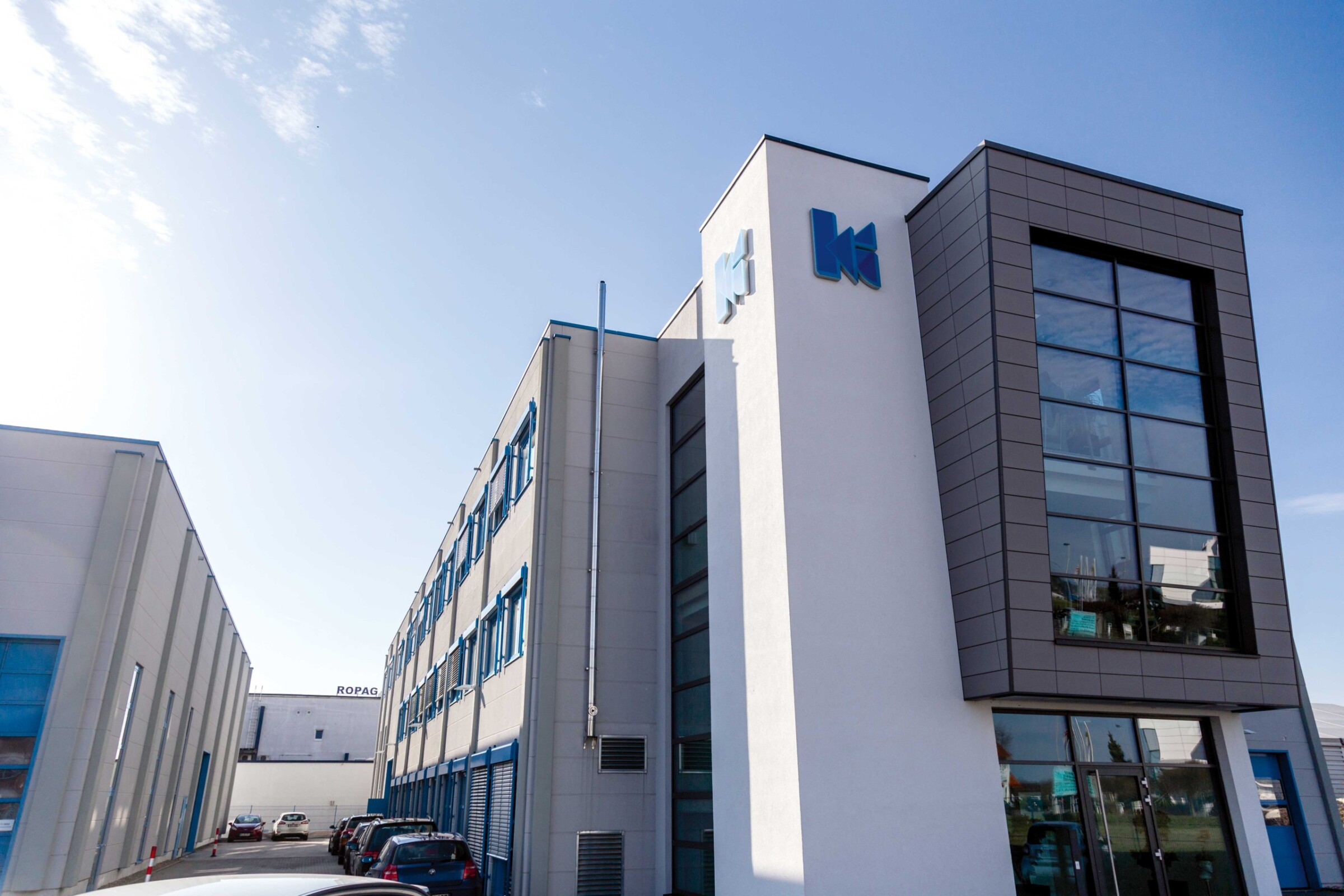