Japanese cocktails. A journey for the senses

After a busy day at work, our body often needs release from stress and from the mulling-over of problems. A good idea in this context could be to savour a delicious Japanese cocktail in a pleasant environment. Take yourself on a voyage of discovery and allow yourself to be surprised by the variety of cocktails available. 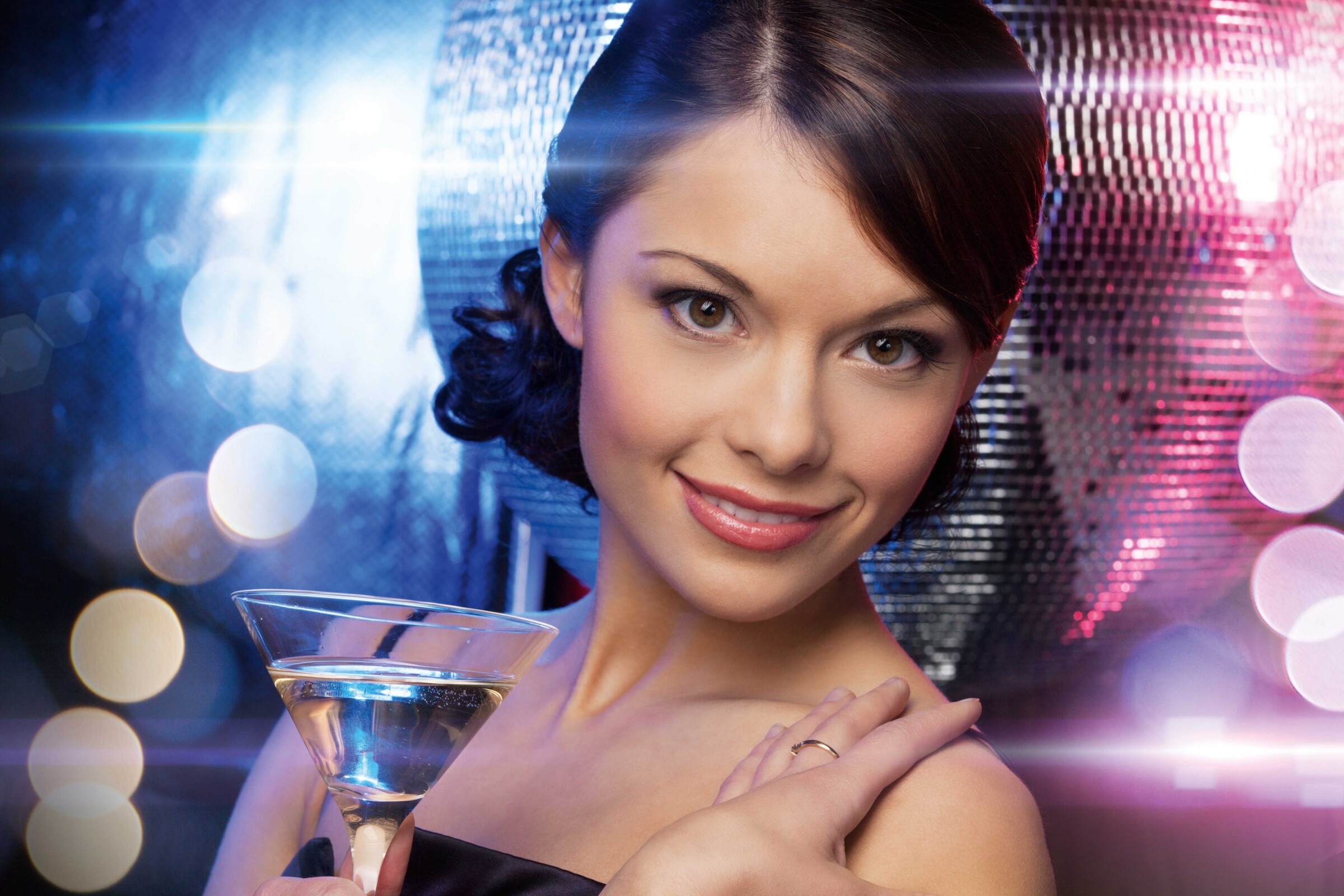 Japanese cocktails. A journey for the senses

After a busy day at work, our body often needs release from stress and from the mulling-over of problems. A good idea in this context could be to savour a delicious Japanese cocktail in a pleasant environment. Take yourself on a voyage of discovery and allow yourself to be surprised by the variety of cocktails available.

No two bars are the same, and bartenders differ equally in terms of quality and what they serve. Such factors as units of measurement, capacity and alcohol strength are just as important in the accurate mixing of a cocktail as the visual presentation of the finished result. Precise measurement in the centilitre range is all-important for a Japanese cocktail. For this, the bartender uses his measuring cup as well as special scales. The bartender also needs experience and a keen palate for the tasting of newly created cocktails. Then there are the soft skills, such as empathy, humour and charm that all go to make a good barman or barmaid.

The making of sake involves the generation of heat that inevitably arises during fermentation. The conversion of the rice-and-water mixture into sake by adding yeast is an art in its own right. How exactly it should be defined, however, is a matter of controversy. Some experts call sake “rice wine”, while others insist on “rice spirit”. Basically, there are several makers, and the alcohol content varies upwards from 15 per cent by volume. While wine is traditionally made from grapes and usually has an alcohol content of 9 to a maximum of 14 per cent by volume, spirits have higher contents. Interestingly, the alcohol content of Japanese sake at 15-20 per cent is much lower than that of its Chinese counterpart (at up to 40 per cent by volume). For the sake of compromise, one could agree to classify sake as potent rice wine or a thin-bodied spirit. 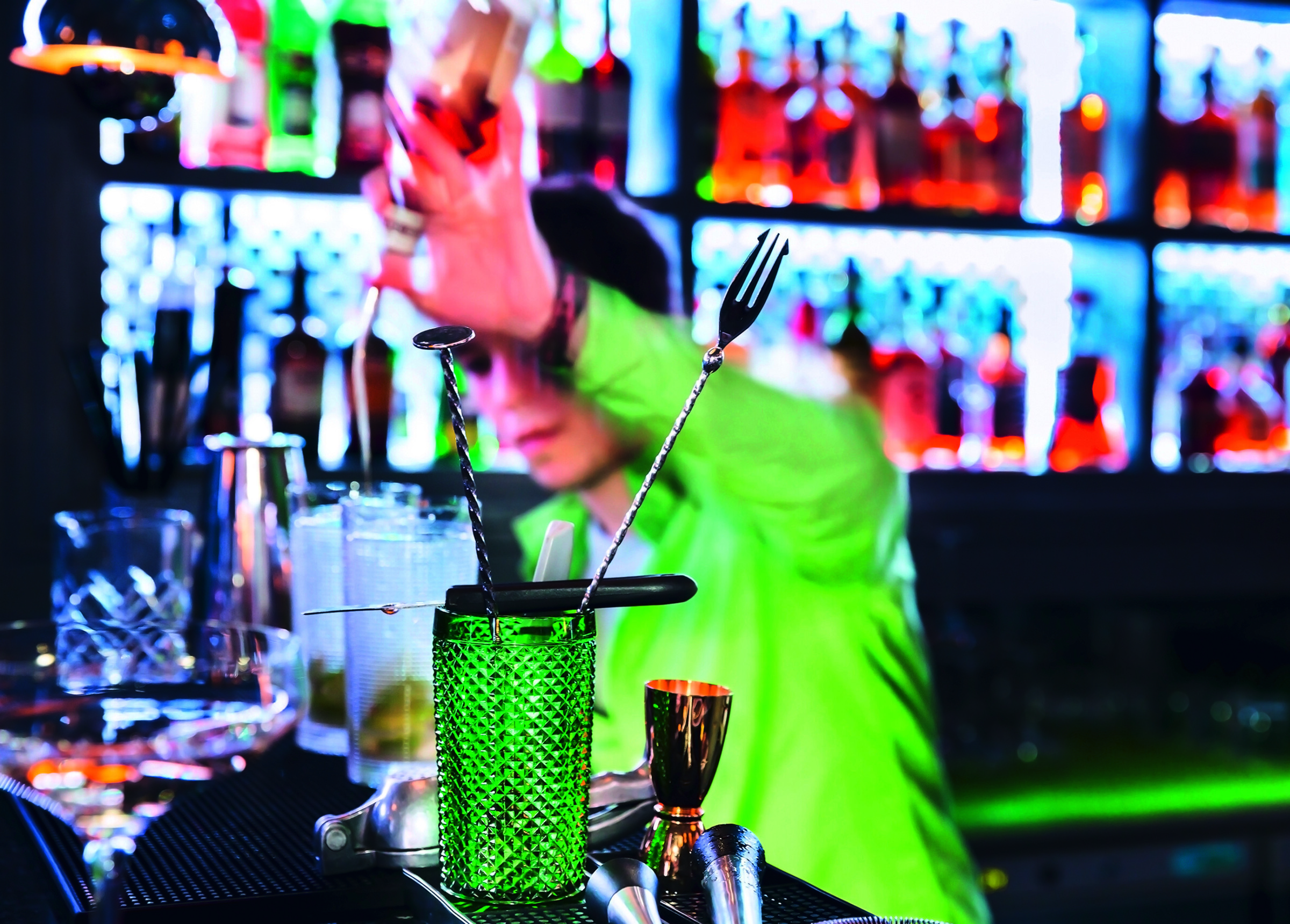 Since Japanese sake is not as alcoholic as the Chinese equivalent, it can be used entirely differently as a cocktail ingredient. To create a good Japanese cocktail, you can dispense almost entirely with a large repertoire of ­ingredients. It takes just a single additive, such as raspberry syrup or grenadine, to convert Japanese sake into a cocktail. Compositions of sake and gin are also very popular. In winter, hot sake cocktails have their seasonal appeal.

You’ve got to try this cocktail: the Ayaka based on sake and vermouth with redcurrant liqueur and lemon juice. New is a sake-sparkling wine mixture which is often enjoyed with Aperol.

Much like rum in grog, sake can serve as the magic additive to hot water. Nagai Inc. in Kawaba in Japan has now introduced a new production process for its MIZUBASHO PURE sparkling sake. Premium Sake Junmai Ginjo serves as the basis. Sparkling sake can be drunk neat or in a cocktail. 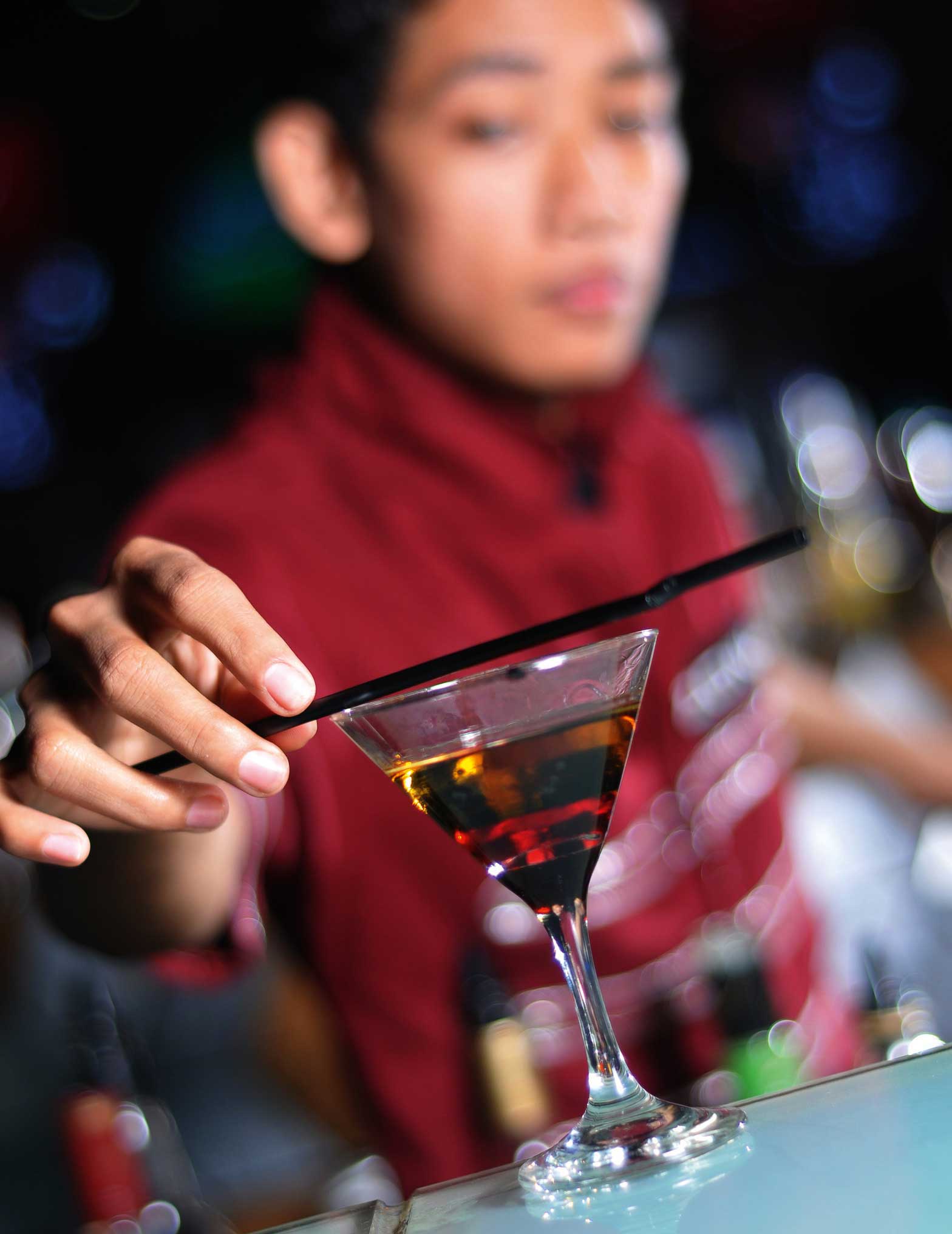 The trendy SuperDeluxe bar in the heart of Tokyo is famous for experimental art, music and exquisite cocktails.

How about MIZUBASHO PURE plus Aperol, for instance? If you prefer something a little sweeter, you can add a little crème de cassis or lychee liqueur to your sparkling sake.

Ayaka is the name not only of a well-known Japanese singer, but also of a cocktail. All it takes is 3 cl sake, 1 cl redcurrant liqueur, 1 cl vermouth (amber), 1 cl freshly squeezed lemon juice and, as a garnish, a slice of lemon and a cocktail cherry. Pour all the ingredients apart from the garnish into a shaker with ice and shake thoroughly. Then strain the mixture into a chilled Martini cocktail glass. Just add the lemon slice and cherry on a cocktail stick to the Japanese cocktail – and there you have it!

While the caipirinha is made with cachaça, its brother, the “sakerinha”, calls for good Japanese sake. The preparation of these two cocktails is basically identical apart from the main ingredient. You need 5 cl sake, an untreated and washed lime, two bar-spoonsful of cane sugar and crushed ice. First dice the lime and tip it into a tumbler together with the cane sugar. Then mix and crush everything well with a muddler. Finally, add the crushed ice and sake. The sakerinha is served with a straw and occasionally with mint leaves. 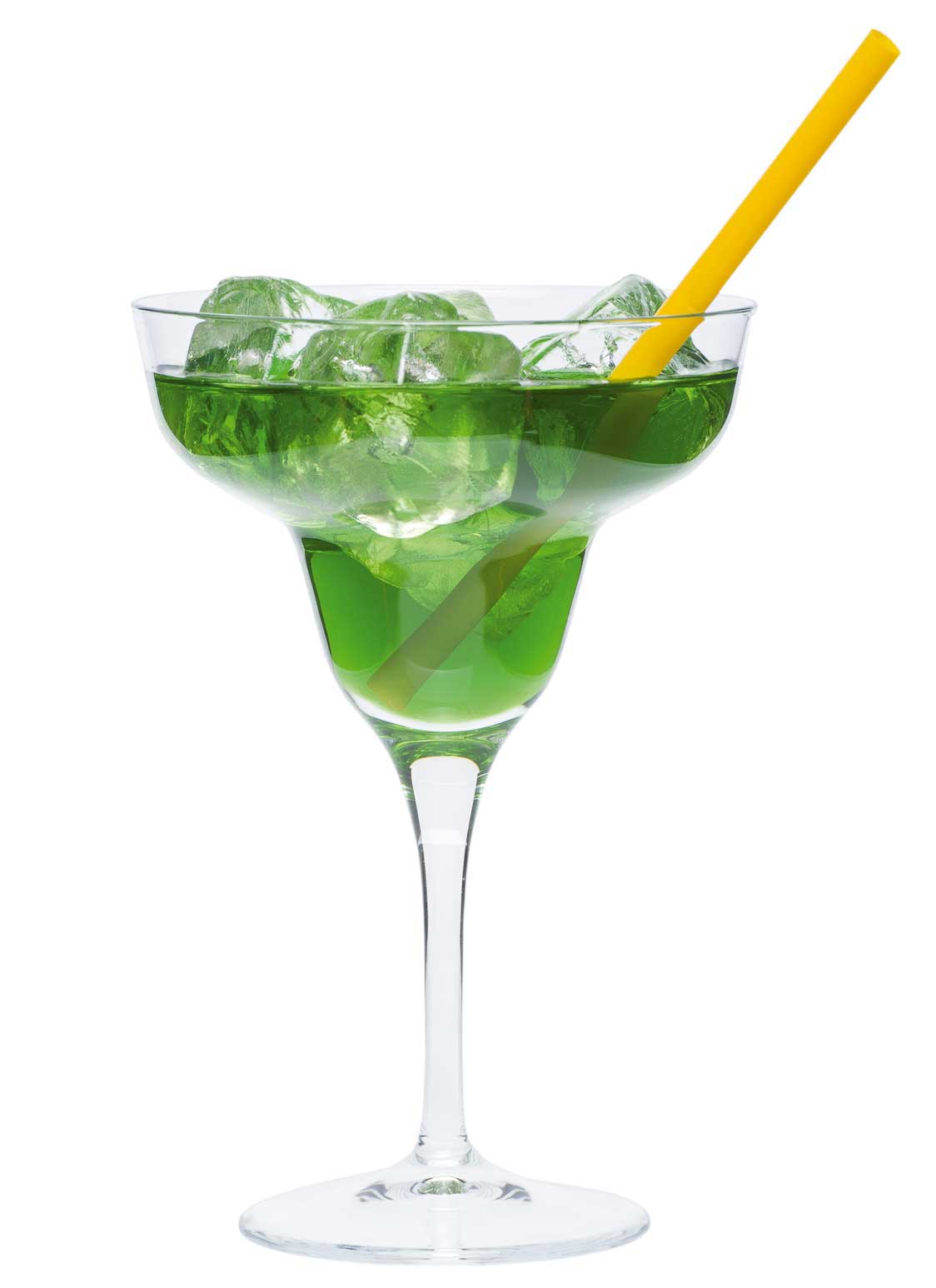 What many people don’t know is that the Japanese distil their own whisky. Well-known brands such as the Yamazaki 18 or the Hibiki 30 years prove that the Japanese are capable of producing good whiskies. The Japanese whisky from Hibiki has been marketed by Campari Germany since mid-2013. And the market is continuing to grow. 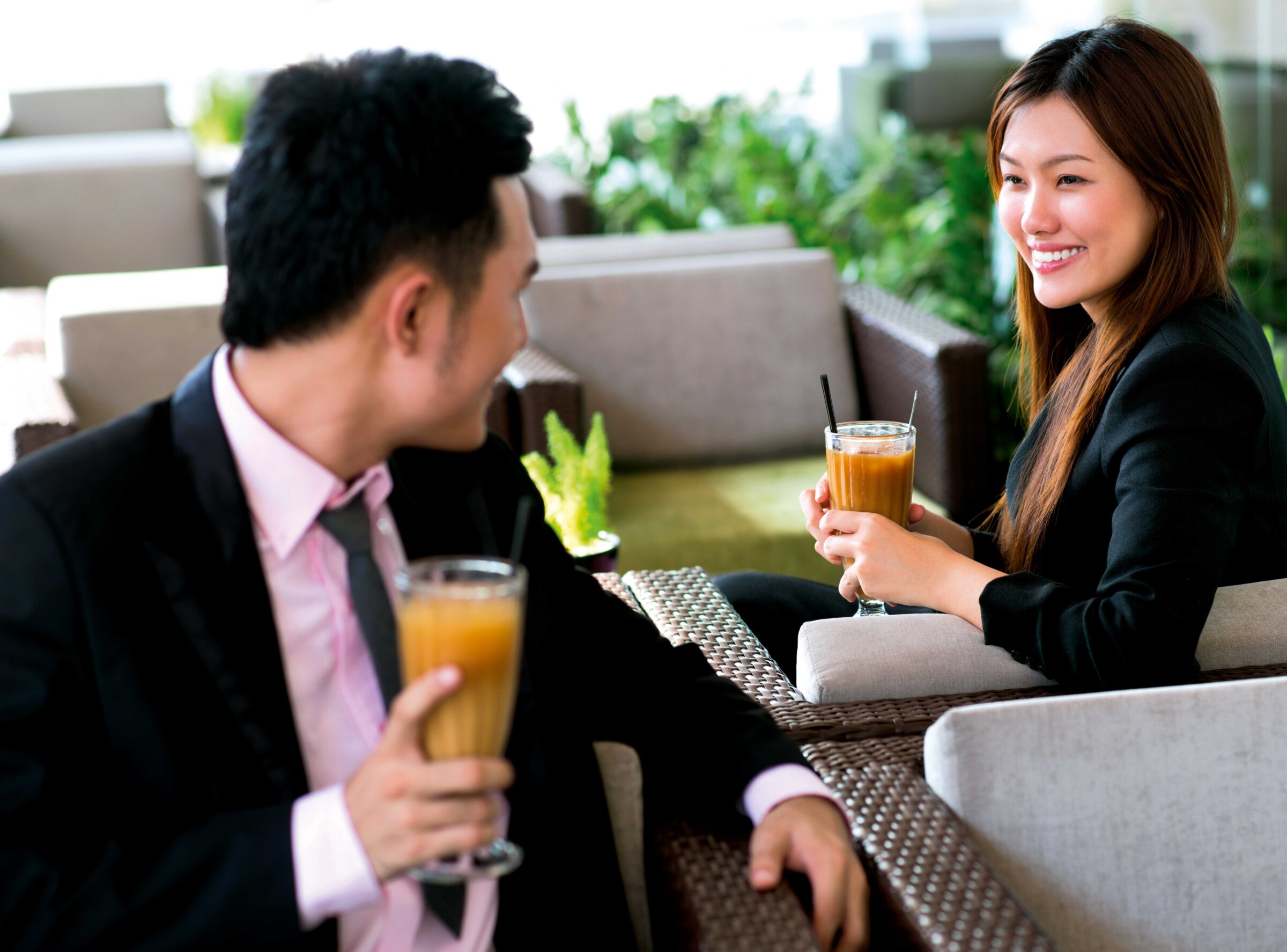 A journey for the senses

Anyone who prefers to sip older whisky neat can resort to 12-year-old Japanese whisky for his cocktails. In addition to the well-known “old-fashioned”, there are numerous other whisky cocktails that are worth trying.

To make a ginger Hibiki, pour 4 cl Hibiki whisky with ice cubes into a tumbler and then top up with ginger ale. A very refreshing beverage and easy to mix as well. Japanese coffee, on the other hand, is the equivalent of Irish coffee but with Japanese rather than Irish whisky. Another variation on the whisky cocktail theme is the mint julep. For this you need about ten leaves of mint, a sugar cube, 6 cl Japanese whisky, 4 dessertspoons crushed ice and about 4 cl soda water. Using a muddler, first crush the mint leaves together with the sugar cube in a tumbler. Then add the Japanese whisky and stir the mixture with a bar spoon until the sugar has completely dissolved. Add the crushed ice and soda water and your refreshing whisky cocktail is ready to savour.

The world of the cocktail is not only colourful, but also incredibly multifaceted as well as varied. New compositions are created every day. What makes Japanese cocktails ­different is that they make use of Japanese alcoholic beverages. Very popular is of course sake, the national drink, although there is no end to the rise of Japanese whisky. MIZUBASHO PURE sparkling sake is also highly celebrated as well.

So it would seem that cocktails are subject to the same laws as fashion: tastes are constantly changing. Cheers!