Cylinder locks are the usual means of protecting front doors from burglary. Widely used are the “classic” cylinder designs with the familiar serrated profile of milled grooves on the underside. Known for their love of precision, the Swiss often prefer more elaborate designs with flat reversible keys for this purpose. With stepped holes on the front and rear, these activate more locking elements than serrated keys. In still more elaborate versions, such a key can also activate additional locking elements with the narrow side and even with oblique milling. 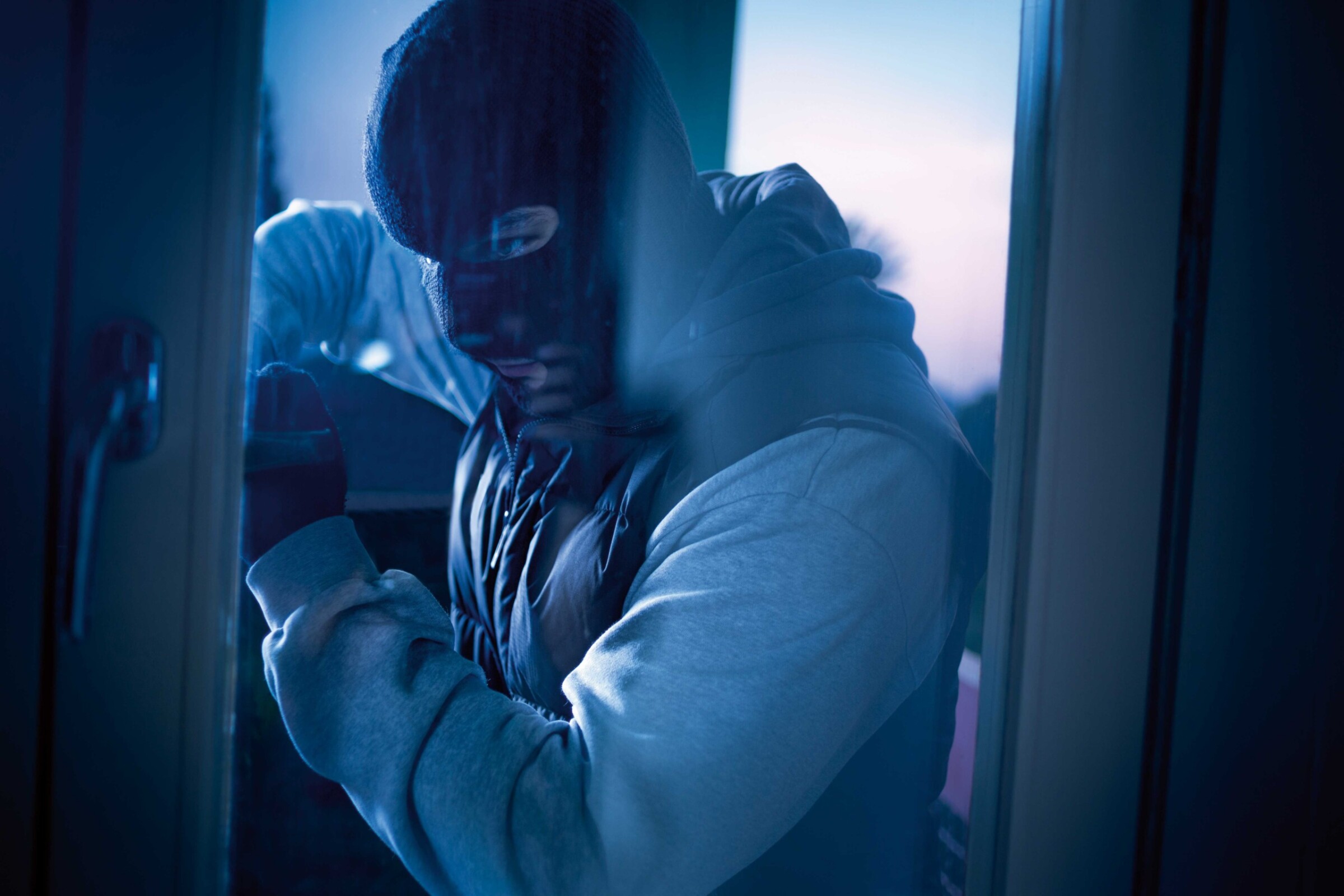 Cylinder locks are the usual means of protecting front doors from burglary. Widely used are the “classic” cylinder designs with the familiar serrated profile of milled grooves on the underside. Known for their love of precision, the Swiss often prefer more elaborate designs with flat reversible keys for this purpose. With stepped holes on the front and rear, these activate more locking elements than serrated keys. In still more elaborate versions, such a key can also activate additional locking elements with the narrow side and even with oblique milling.

Keeping intruders at bay. The Swiss love precision when it comes to lock cylinders as well.

Love of precision for high security.

”The company was originally founded by my grandfather near Basel in 1946 and initially manufactured precision mechanical components for manufacturers of pairs of compasses,” recalls Pascal Halter, Dipl.-Produktionstechniker HF Maschinenbau (Swiss qualification as a production technician in mechanical engineering), Technical Manager of Halter AG in Frutigen (Switzerland). After relocating from Binningen (BL) to Frutigen in 1969 and the erection of a new building in 1973, the production portfolio was expanded to include parts for lock cylinders and ultimately to the manufacture of complete lock cylinders. At the same time they also took over an automatic lathe shop whose production programme included drilled and turned parts. The production activities here were steadily extended to include milling and other additional specialised machining operations. This is also where some of the components for lock production are made. 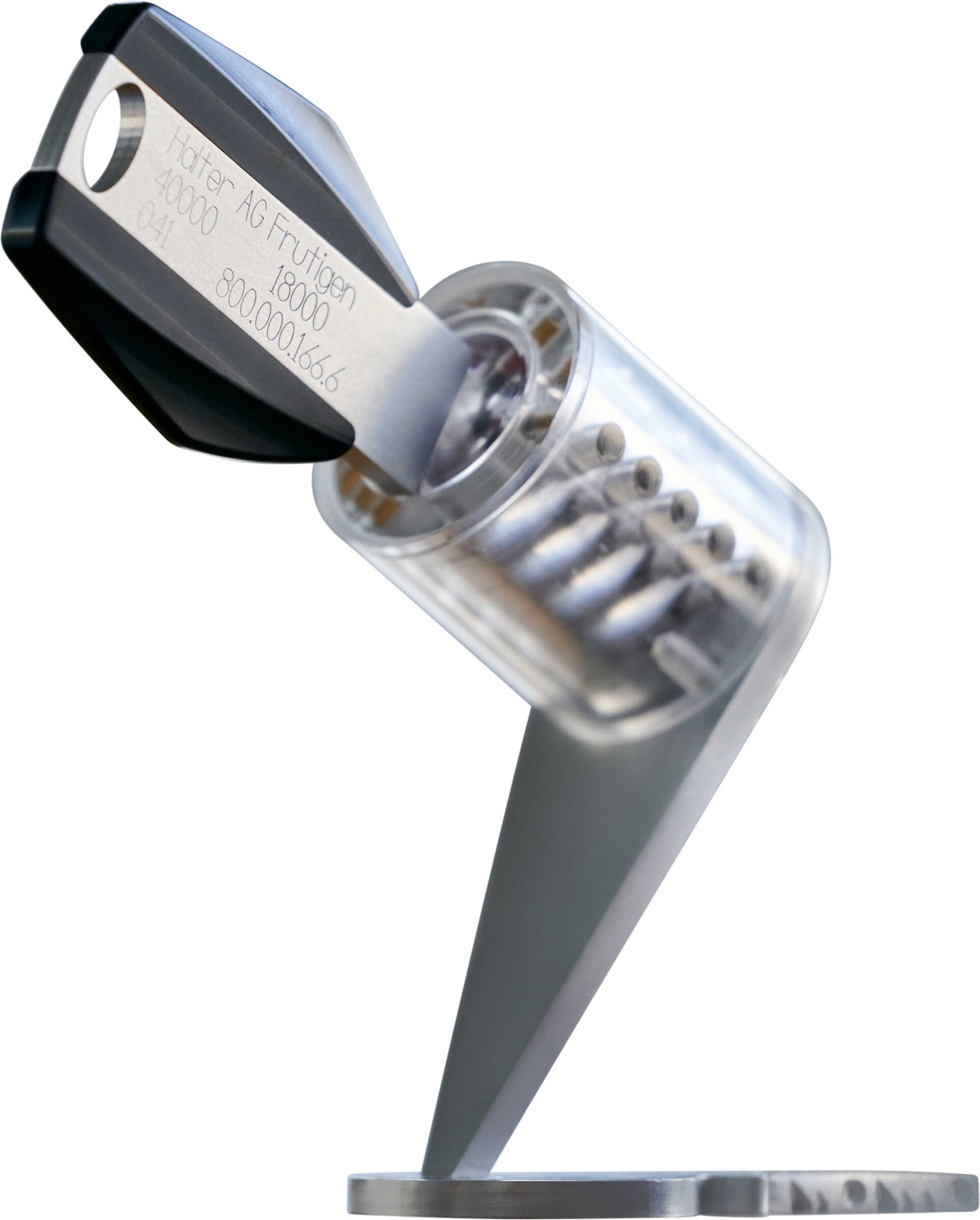 Love of precision for high security.

Since then, the company has grown organically on these two pillars – lock cylinders and bar-turned parts – to its current size of 45 employees. The two product groups account for roughly equal shares of sales and earnings. Since 2015, it has been cooperating closely with Glutz, whose core competence lies in electronic access systems. Since then, the two companies have been selling each other’s product ranges and have thus significantly expanded their market coverage. 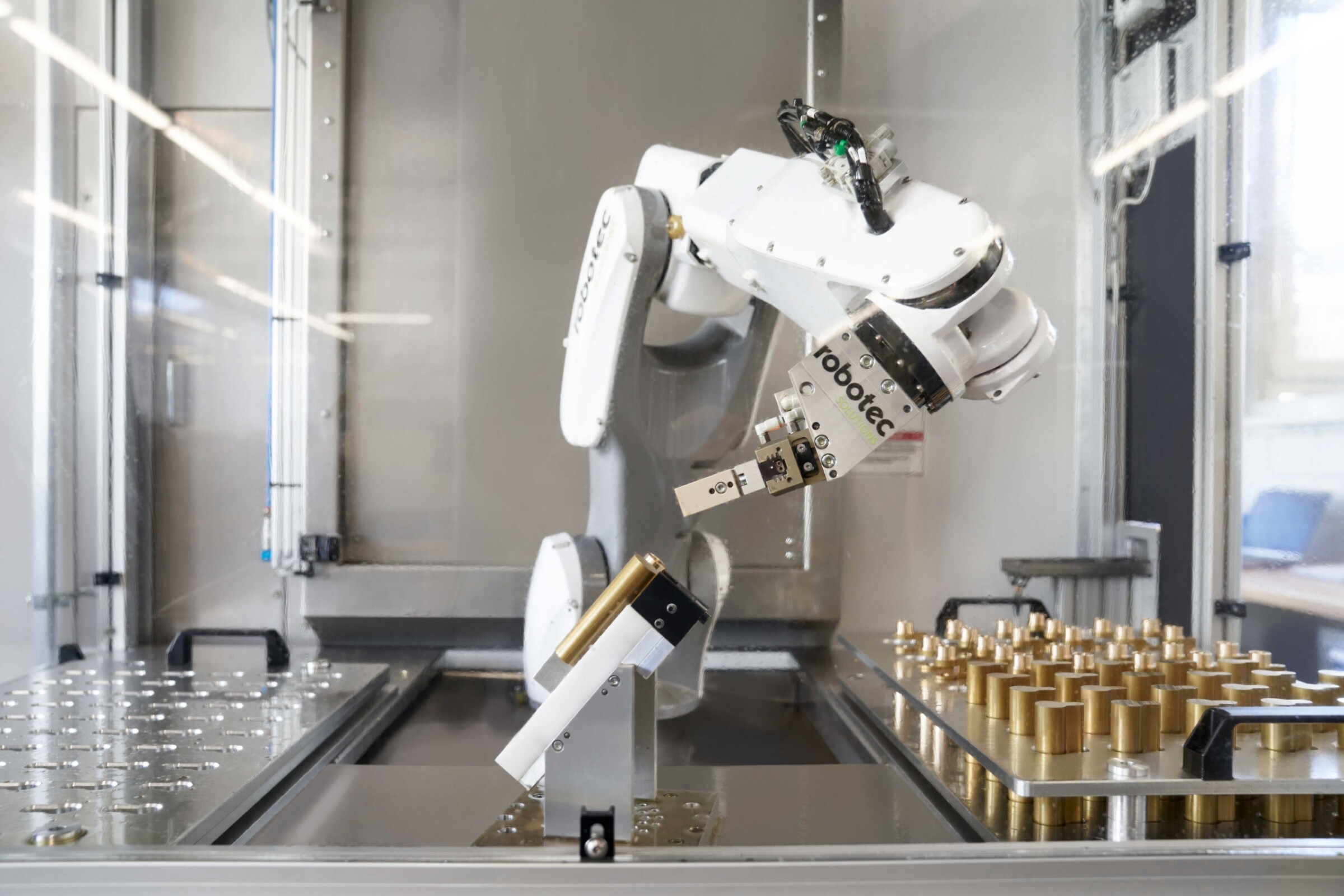 The lock cylinders are fully automatically machined in a robotic cell.

Precision locks made entirely to order

”Our flagship product First Alpha features up to 20 pairs of pins of different lengths and positions, thus ensuring the highest level of security,” Halter adds. While standard lock cylinders are assembled from up to 80 individual parts, the Alpha versions have up to 120. In addition, additional oblique holes milled with great precision ensure that attempts to ascertain the pin arrangement from the outside are doomed to failure from the outset. The large number of pins makes it possible to produce highly complex locking systems, even for large buildings. Thanks to the keys’ tight manufacturing tolerances, attempts to copy them are usually destined to fail. A security code for each key and a security certificate with the owner’s personal signature are stored at the plant, thus providing the best possible protection from unauthorised reordering. 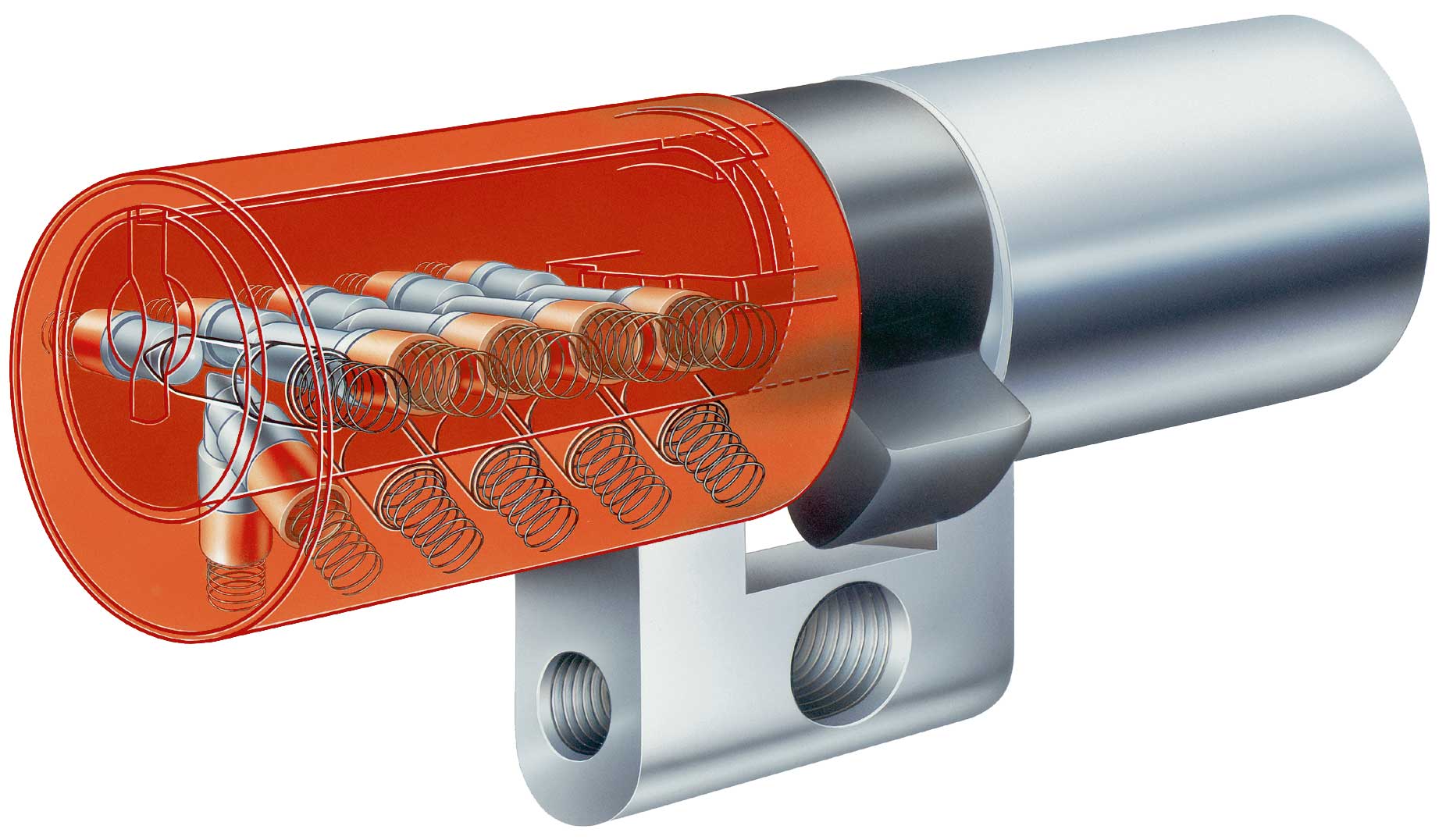 In high-quality lock cylinders with reversible keys, the locking elements probe the key profile from up to four different directions.

”Our clientele for lock systems is highly diversified and ranges from architects and building contractors to carpenters and private individuals. The sale of our products is reserved for specialist dealers and locksmiths,” says Halter. Instead of mass-produced items, the company focuses above all on flexibility in fulfilling customer wishes. This also includes the production of special designs with extra-long cylinders, for example, or adapting them to the installation conditions on site. In such cases, too, the company also produces even small and very small series sizes down to one-off items. As a medium-sized company, the company is also quick to respond to such orders with rapid production and delivery. The company also benefits from its own engineering department with specialists who can draw on extensive experience in the realisation of similar applications. 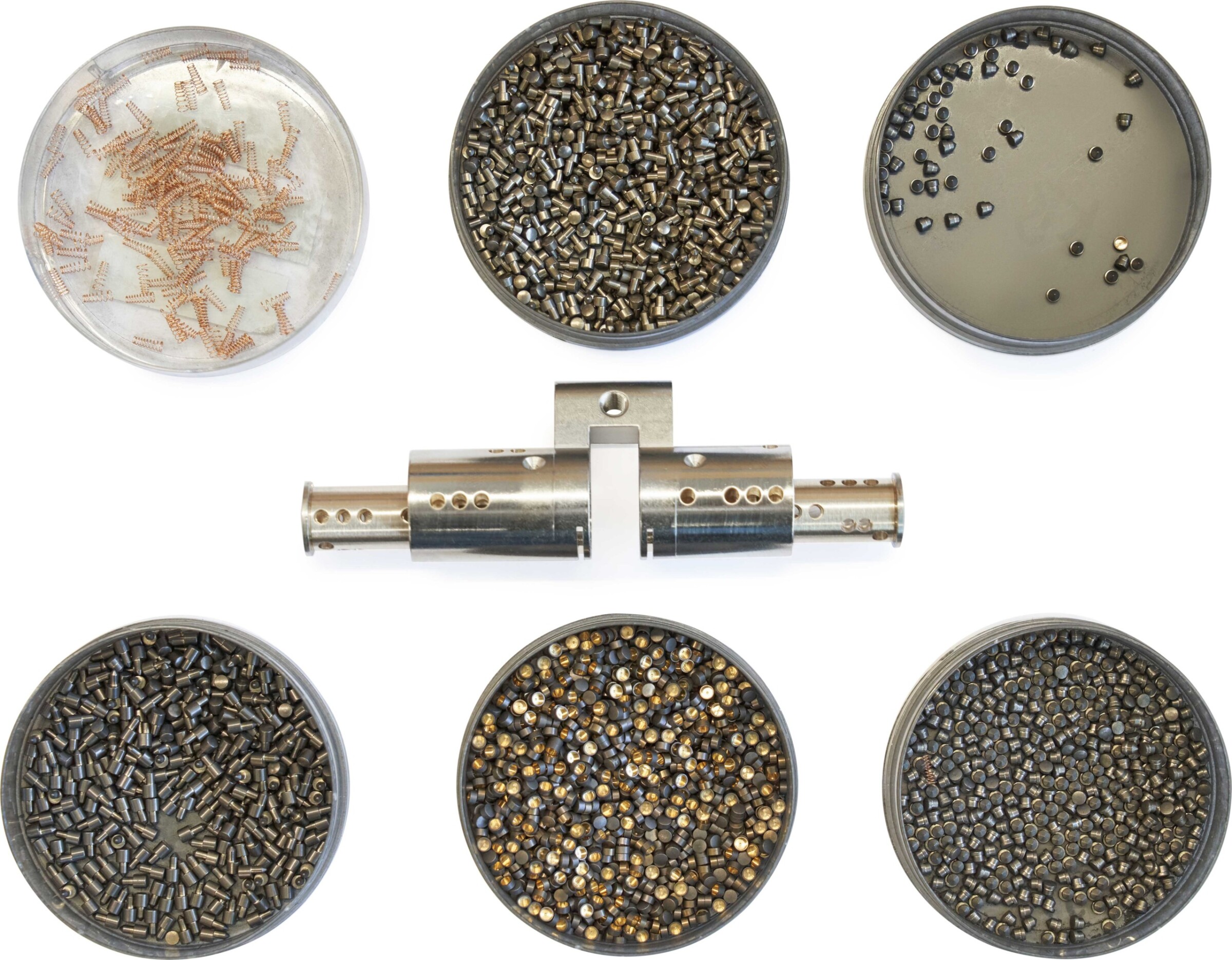 The use of EDM

”We mainly use EDM for special jobs such as the production of tools as well as key blanks with special dimensions,” says Halter. The key blanks are made of corrosion-resistant nickel silver. Stamped parts are obtained for standard sizes, while for special sizes the outline is cut by spark erosion. Here, plate of the required thickness is stacked in packs of 20 and then cut using wire EDM. In addition, wire EDM is used for the production of special parts such as special snap rings, jigs and fixtures, and gauges. A variety of steels, including tool steels and HS steels, are used for this. For these tasks, the company purchased its first wire EDM system from Mitsubishi Electric in 2005. Deionised water is used as the dielectric. This machine was in successful operation until 2018 when there was unfortunately a serious fire in the machine shop, which caused considerable damage. Although the wire EDM machine itself was spared immediate damage, it was heavily exposed to fumes, which resulted in frequent malfunctions and failures. Production was maintained thanks to the excellent after-sales service, but the machine became uneconomic due to the accumulating issues. It was therefore decided in the following year to scrap the existing machine and replace it with a new one. 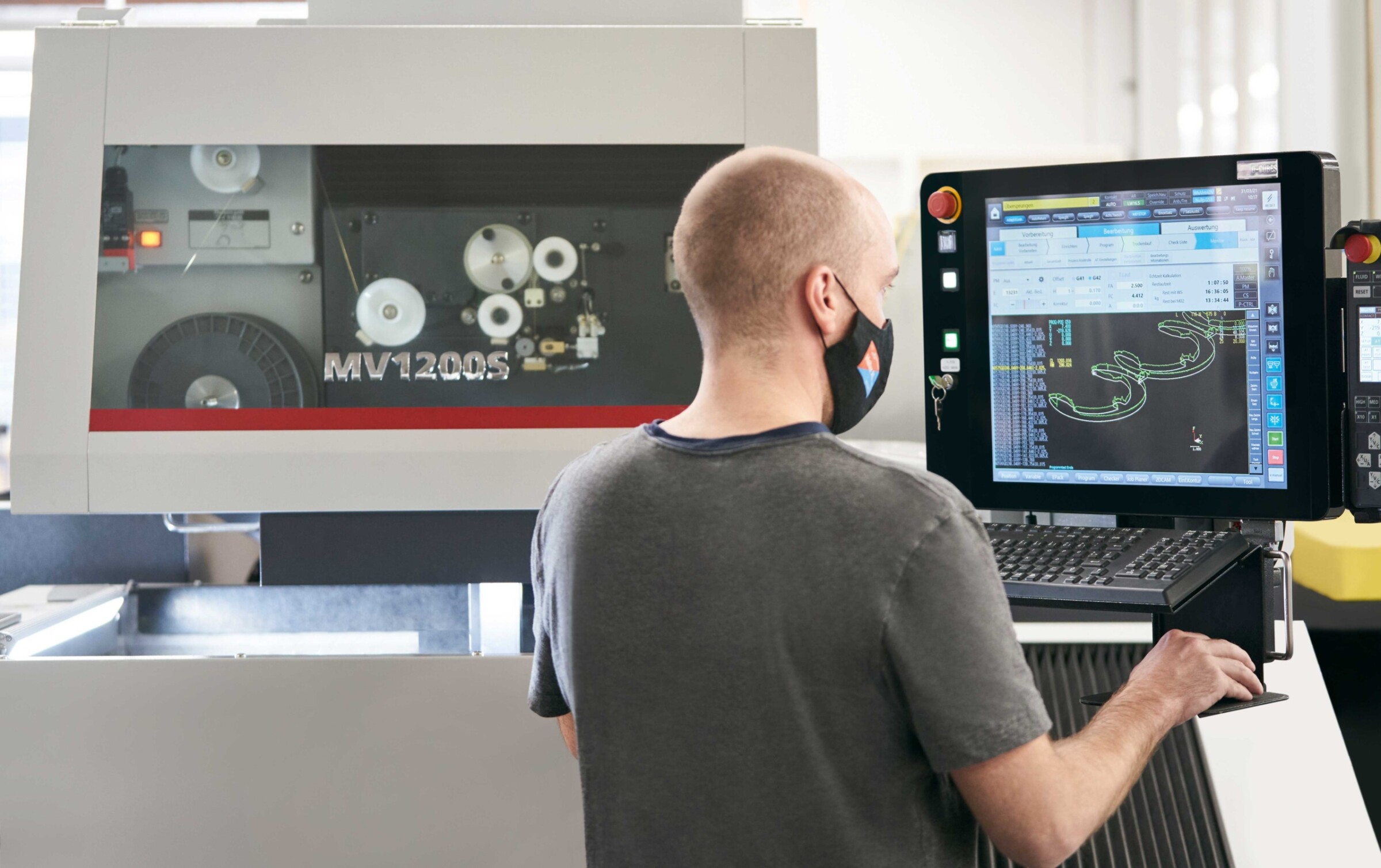 ”For this procurement, we again opted without much deliberation for a Mitsubishi Electric system,” says Halter. They were already satisfied with the performance of the first machine and the support provided by the manufacturer and realised they could depend on the skills of the technicians sent from Germany during the frequent breakdowns after the fire. The employees were also familiar with the operation of the system and its programming. If they had opted for a different brand, they would have had to throw out the numerous machining programmes already in place. With the new machine, the commissioning and training of the employees also went very well, and the new MV1200S NewGen runs just as reliably as its predecessor before the fire. ”We’re happy with the equipment supplied by Mitsubishi. If for some reason we had to purchase a new wire EDM system, we would choose this make again,” says Halter, summing up his experience. 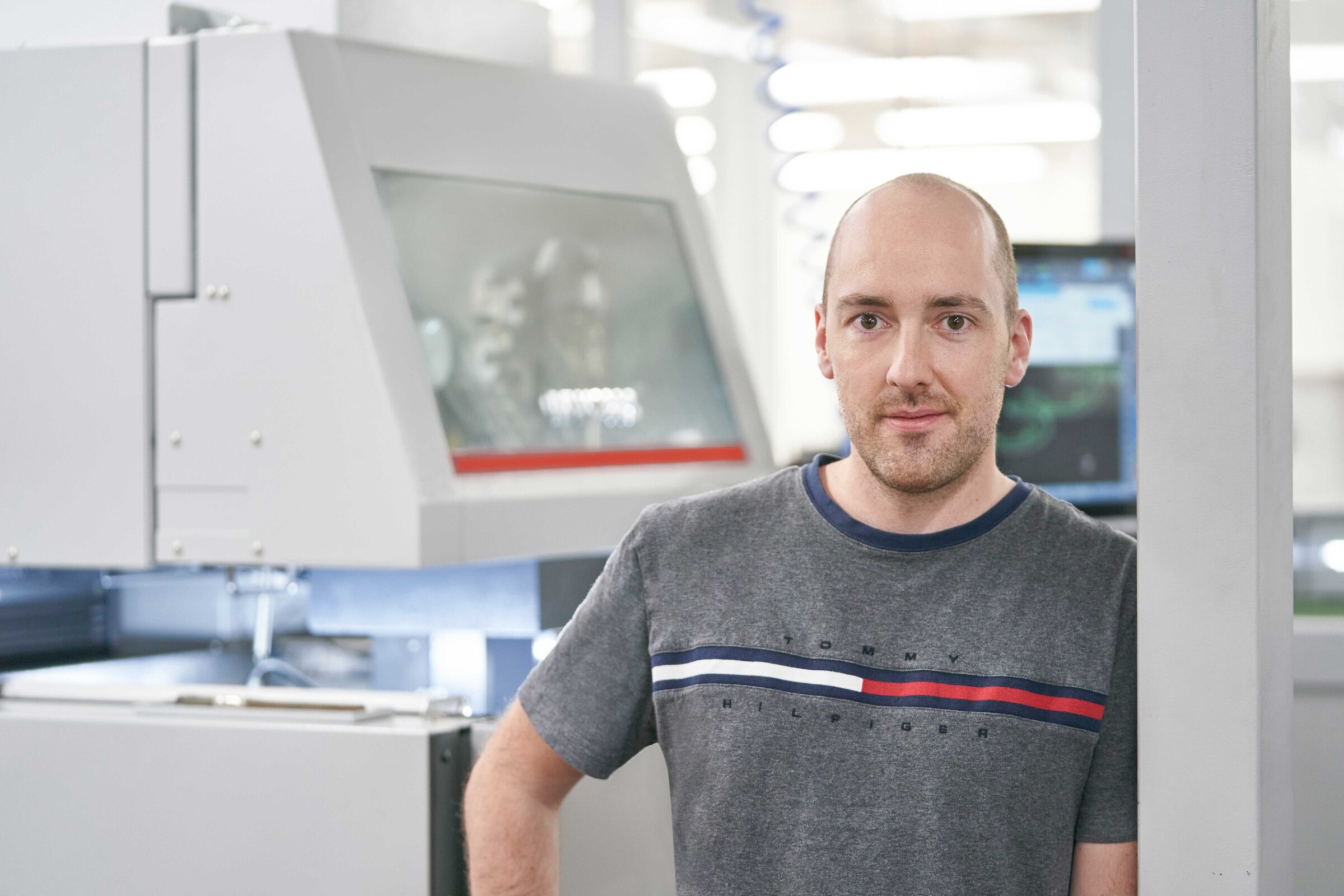 We’re happy with the equipment supplied by Mitsubishi. If for some reason we had to purchase a new wire EDM system, we would choose this make again. 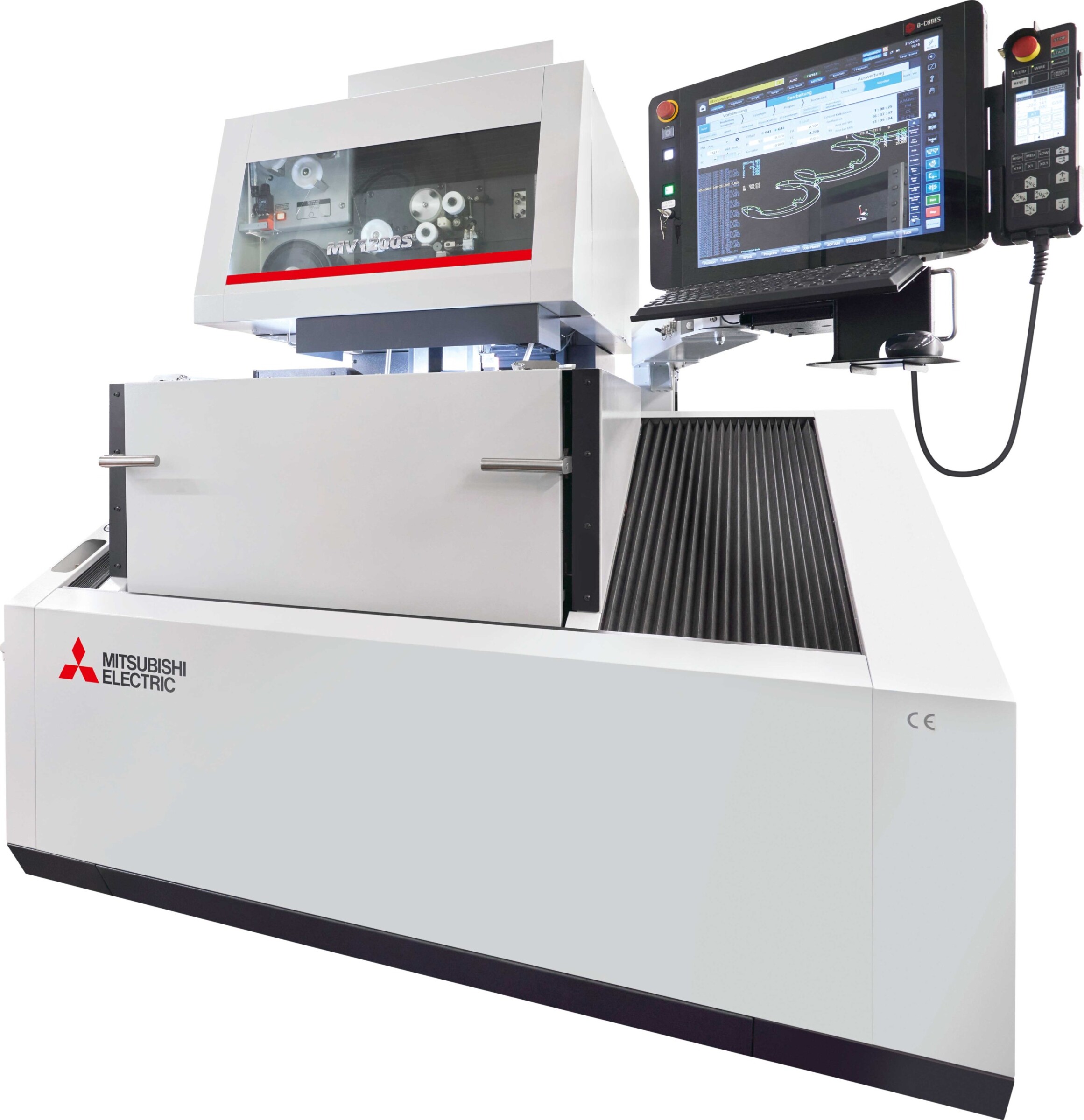 The Mitsubishi Electric MV1200S NewGen wire EDM system purchased in 2019 replaced a predecessor machine impaired by the after-effects of a fire.

Skills you can rely on. 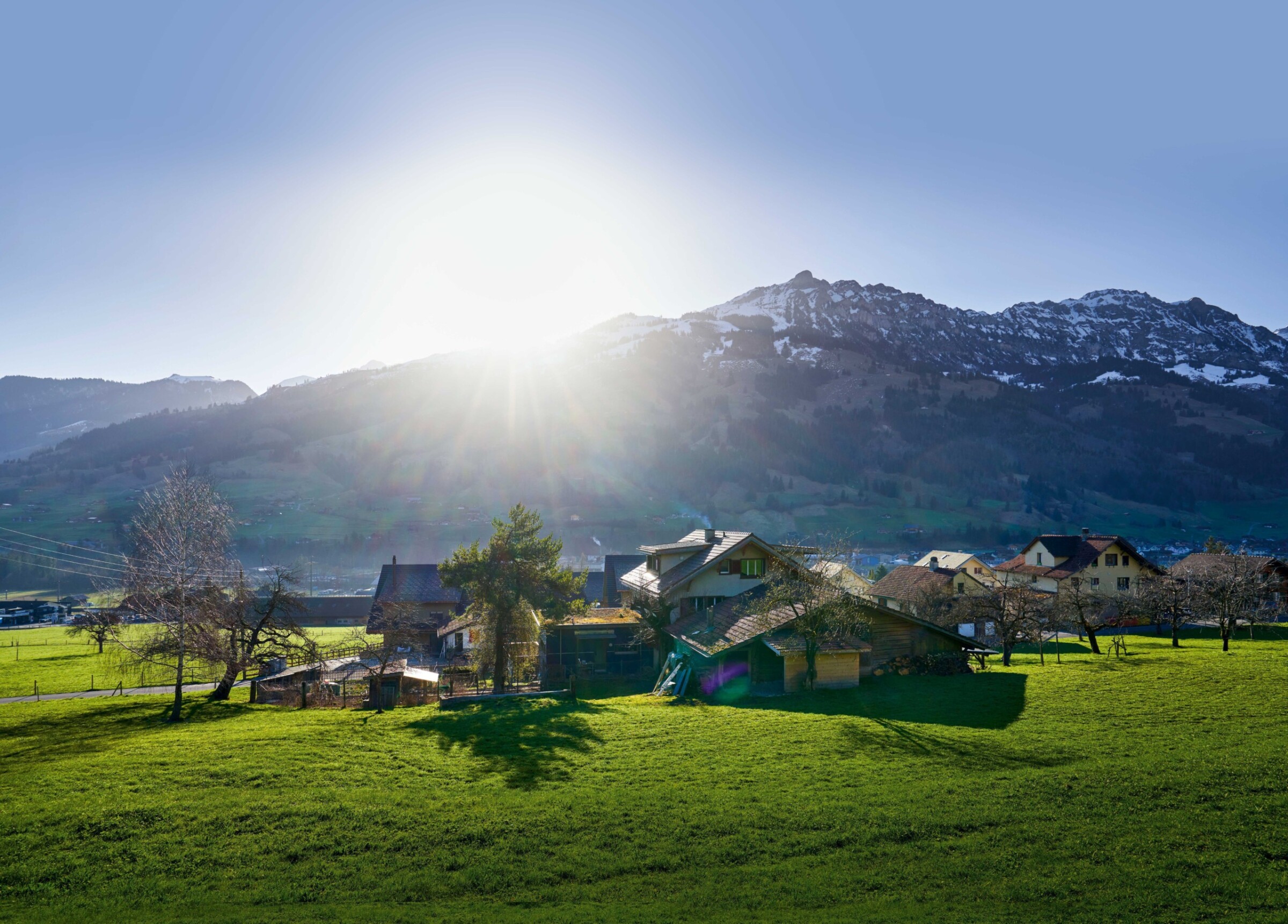 Not only tourism: as is typical of Switzerland, Frutigen, with its population of just under 7,000, is also home to high-performance precision manufacturers in such fields as lock manufacture, hydraulics and ski bindings.