The Japanese koi, which has become a status symbol the world over, is the most expensive and valuable fish that has ever been traded. The most beautiful examples of the colourful and long-living fish, a constant source of wonder even to the present day, have been sold for up to USD 2.2 million. Large sums of money are spent on the most attractive koi carp each year. 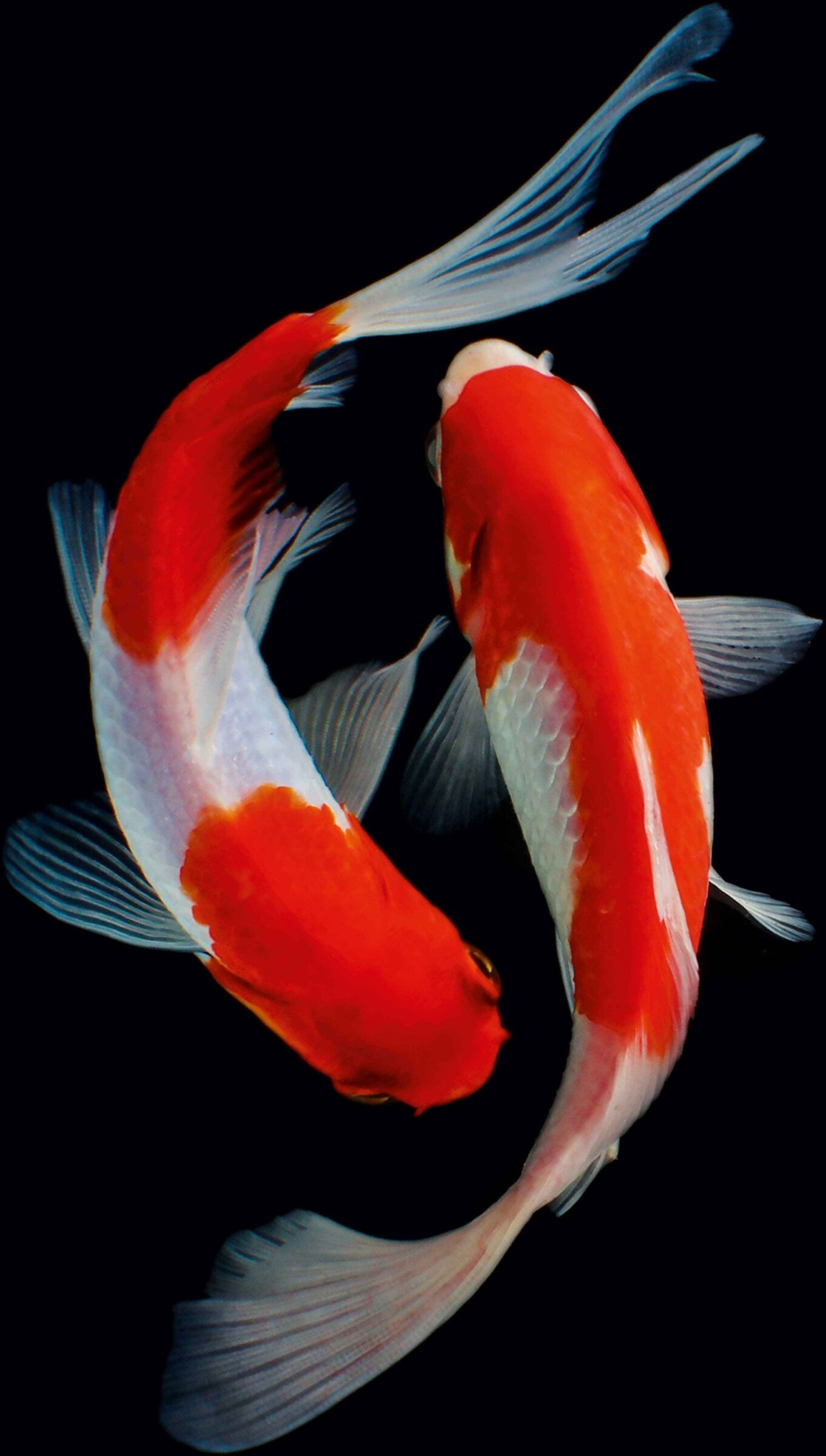 The Japanese koi, which has become a status symbol the world over, is the most expensive and valuable fish that has ever been traded. The most beautiful examples of the colourful and long-living fish, a constant source of wonder even to the present day, have been sold for up to USD 2.2 million. Large sums of money are spent on the most attractive koi carp each year.

The famous multi-coloured koi that can be seen today bear little similarity to their ancestors which were originally bred for food. From the humble table of the peasant to the Emperor’s palace, the koi has certainly come a long way. The koi was originally native to Iran. Professional breeding of the coloured carp started about 200 years ago and transformed the status of the carp fundamentally. What was originally a cheap source of nutrition for the simple rustic became the proud possession of the head of state.

The decorative carp called koi (or “nishikigoi” in Japanese) was bred for the first time in Nigata Prefecture in Japan in 1820. When these specimens were exhibited at a trade fair in Tokyo in 1914, they literally caused a sensation, which has since spread around the world. With their coloured ornamental markings, the noble fish are no longer kept simply as pets but have evolved into a symbol of affluence, prestige and pride. The colourful creatures that we can marvel at today in ponds and aquariums have arisen through selective breeding. The markings depended in part on the way in which fish were depicted and were generally intended to be viewed from above. Both in China and Japan, large clay pots were produced to exhibit the fish. However, it was impossible to view the koi from all sides in such solid clay vessels – at that time the technology for the production of large glass bowls was not yet available.

Keeping koi is a popular pastime in Japan today. In Japanese art and culture one can find many illustrations of the koi carp – on decorative furnishings as well as in body ornamentation like traditional tattoos. Ever since the opening of Japan’s markets to the world in the 1850s, the cultural influence of the koi, symbolising longevity and affluence, has been exported along with cars and electronics. It is now internationally recognised that the best and most beautiful koi are still bred in Japan. Many leisure breeders travel from all over the world to purchase authentic Japanese koi. It is interesting to note that in Japan the word “koi” is still used as the generic term for “carp”, while the rest of the world restricts its use to the species known by the Japanese as “nishikigoi”.

Europe has become a significant importer of koi. Koi ­means big business and Japanese exports are booming. 90  % of koi bred in Japan are now exported and auctioned all over the world. In 2016 alone, 295 tonnes of koi were sold, generating sales of about USD 31 million. Some foreign owners of valuable koi leave their precious assets at the Japanese farms so that they can take part in the most prestigious fish competitions that are open exclusively to domestic breeders. 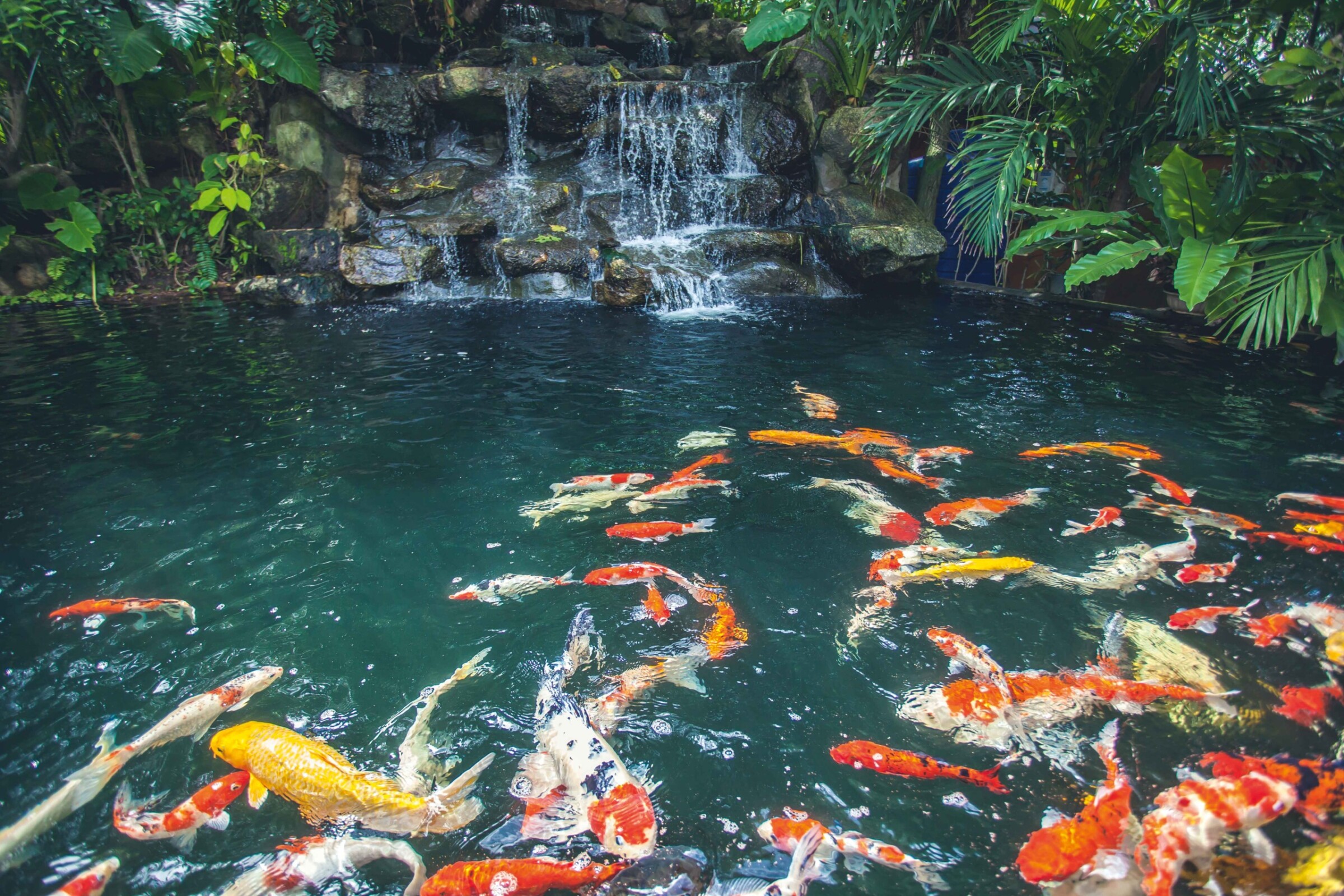 Fascinating journey of the Koi carp.

A koi carp should not be regarded as an investment that will retain its value. According to most koi professionals, you have to be much more than an enthusiast, as they are much more challenging to keep than other ornamental fish such as the equally popular goldfish. The latter are much more robust and have no problem with disease or cold – unlike the somewhat sensitive koi which is susceptible to infectious diseases and can even suffer from sunburn in summer. A koi pond should be at least 200 square metres large, as the fish can grow to more than a metre long and are social creatures – you should always keep at least two to three pairs together. And then you can take a life-long pleasure in Japan’s fascinating “living gems” with a clear conscience.

Interesting characteristics in comparison with other fish species

A koi carp can live for many years. Although the average specimen in captivity lives to be only 25 to 40, an old koi called Hanako in Mino Province in Japan proved after analysis to be over 215 years old. Further fish more than 100 years old were found in the same pond.

Koi are unique in that they can hear up to 3,000 Hz, while most other fish are incapable of hearing frequencies above 1000 Hz. This is attributable to a unique amplification system linking the inner ear bones to the swim bladder. This special characteristic improves their hearing ability considerably and is an aid to balance and orientation.