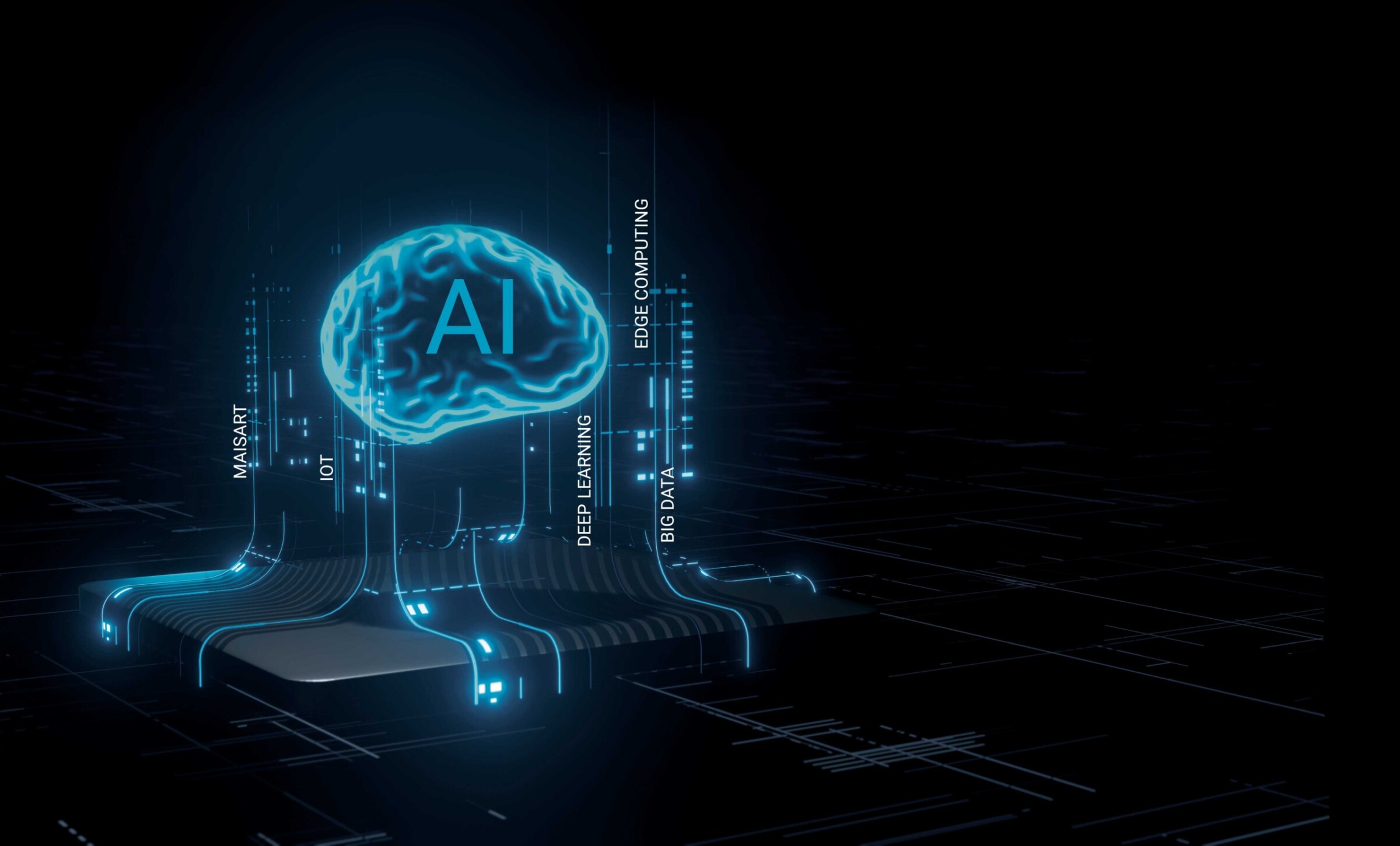 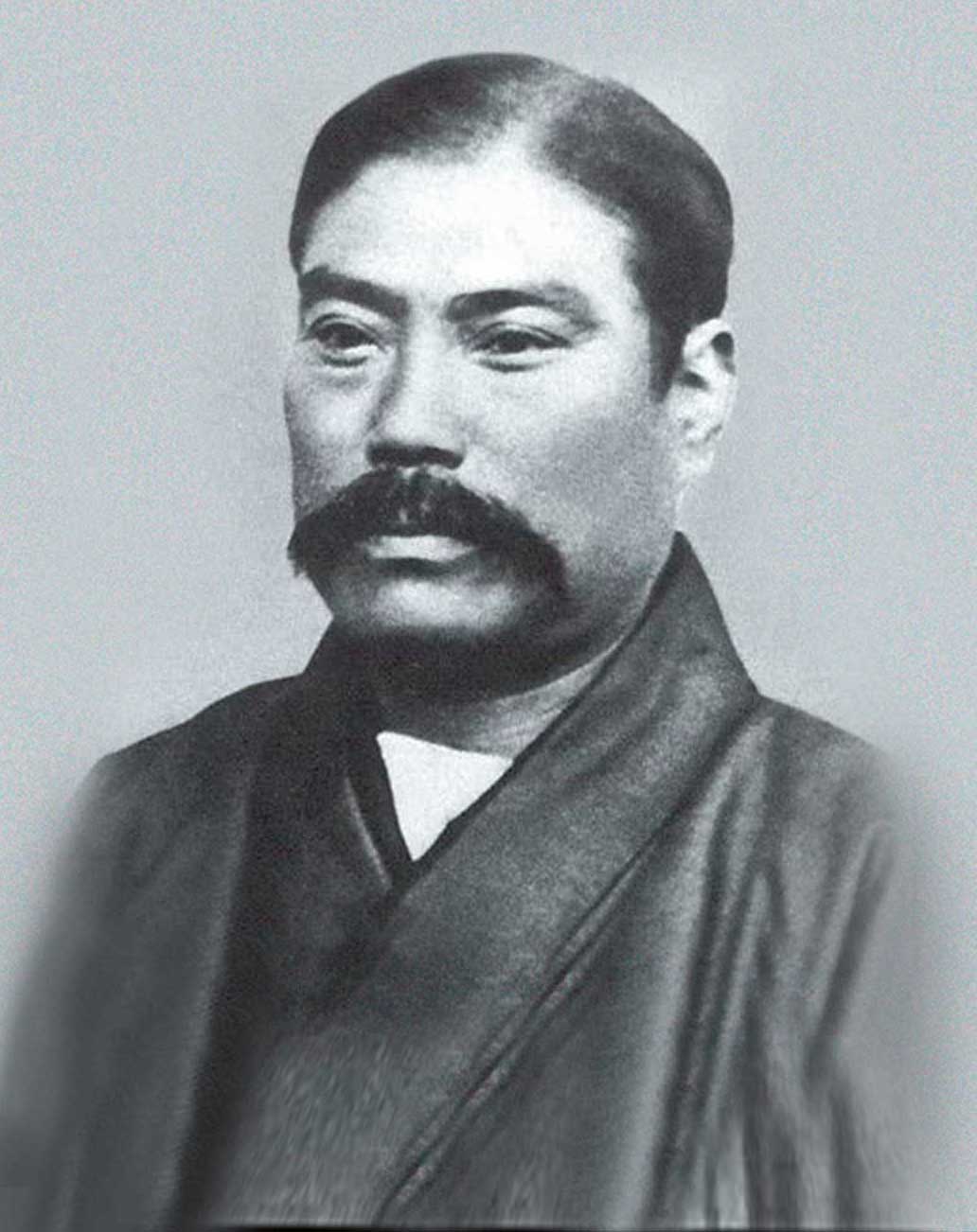 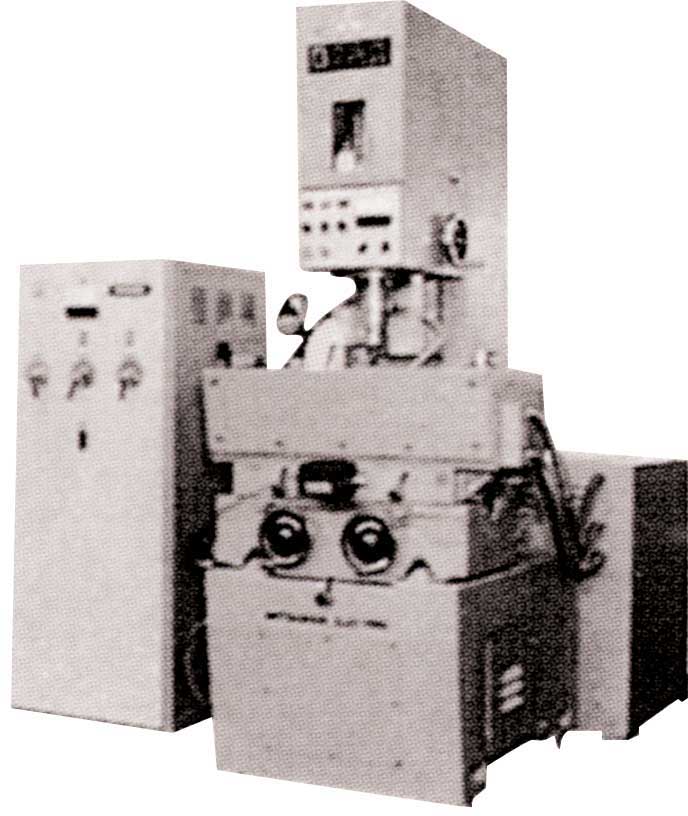 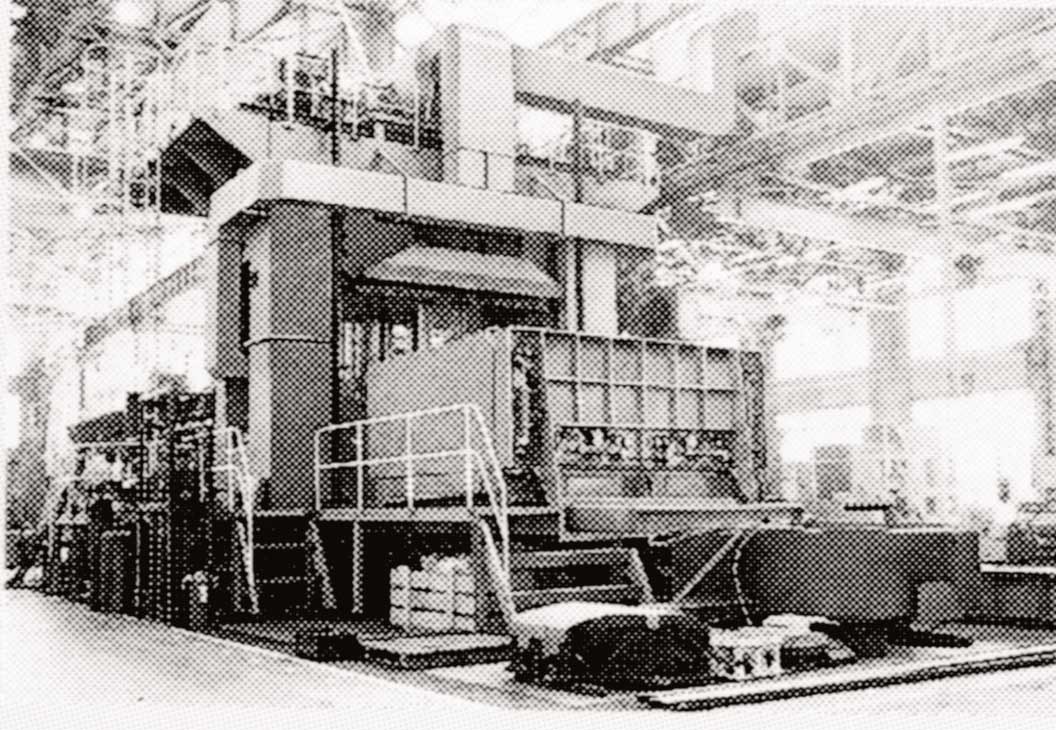 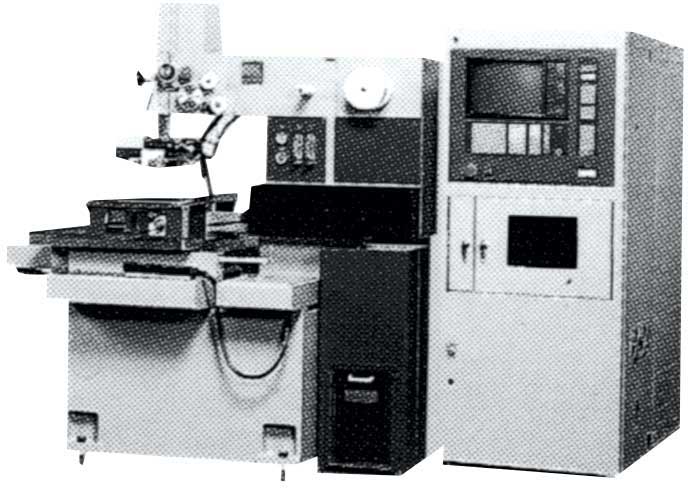 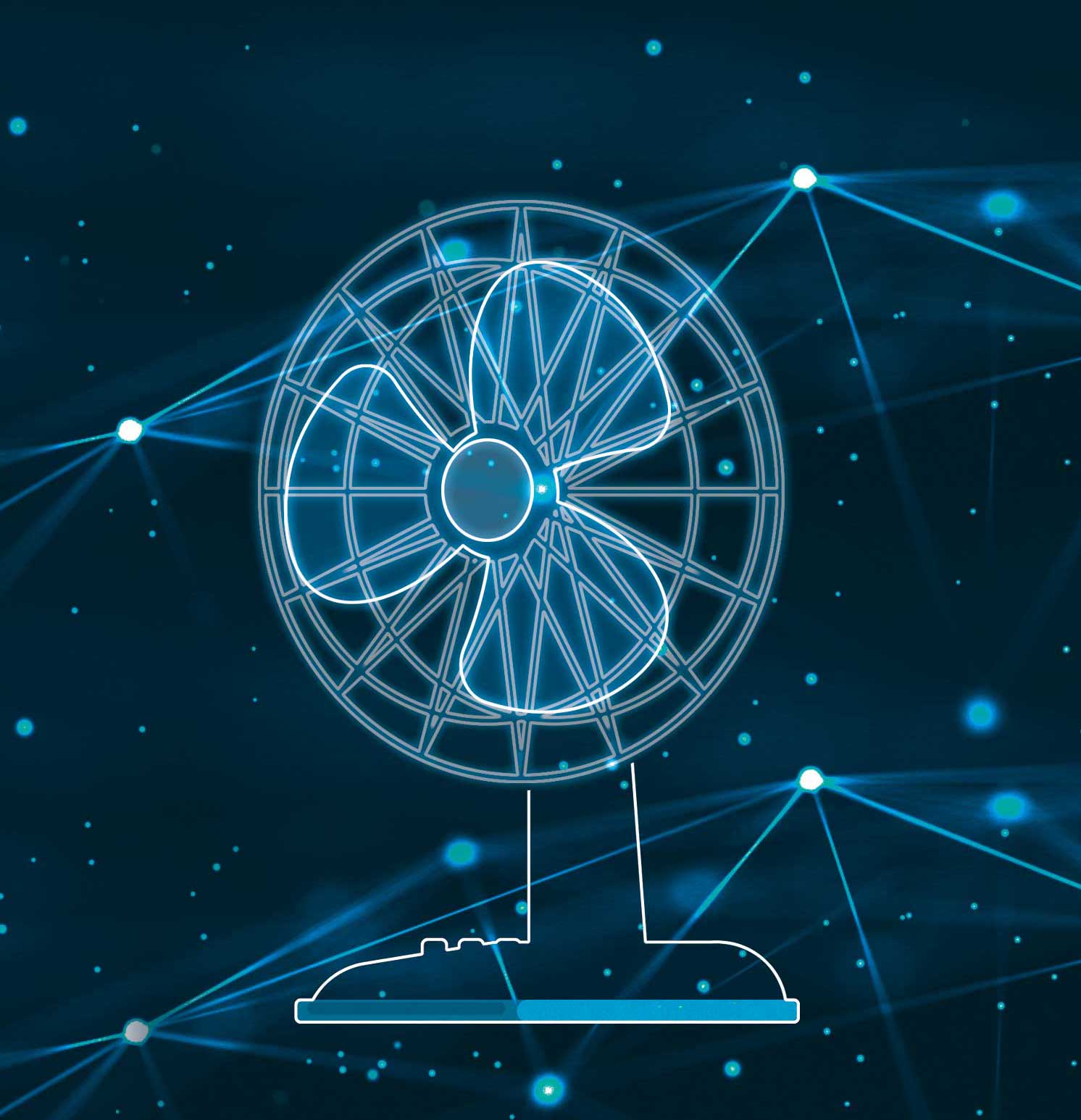 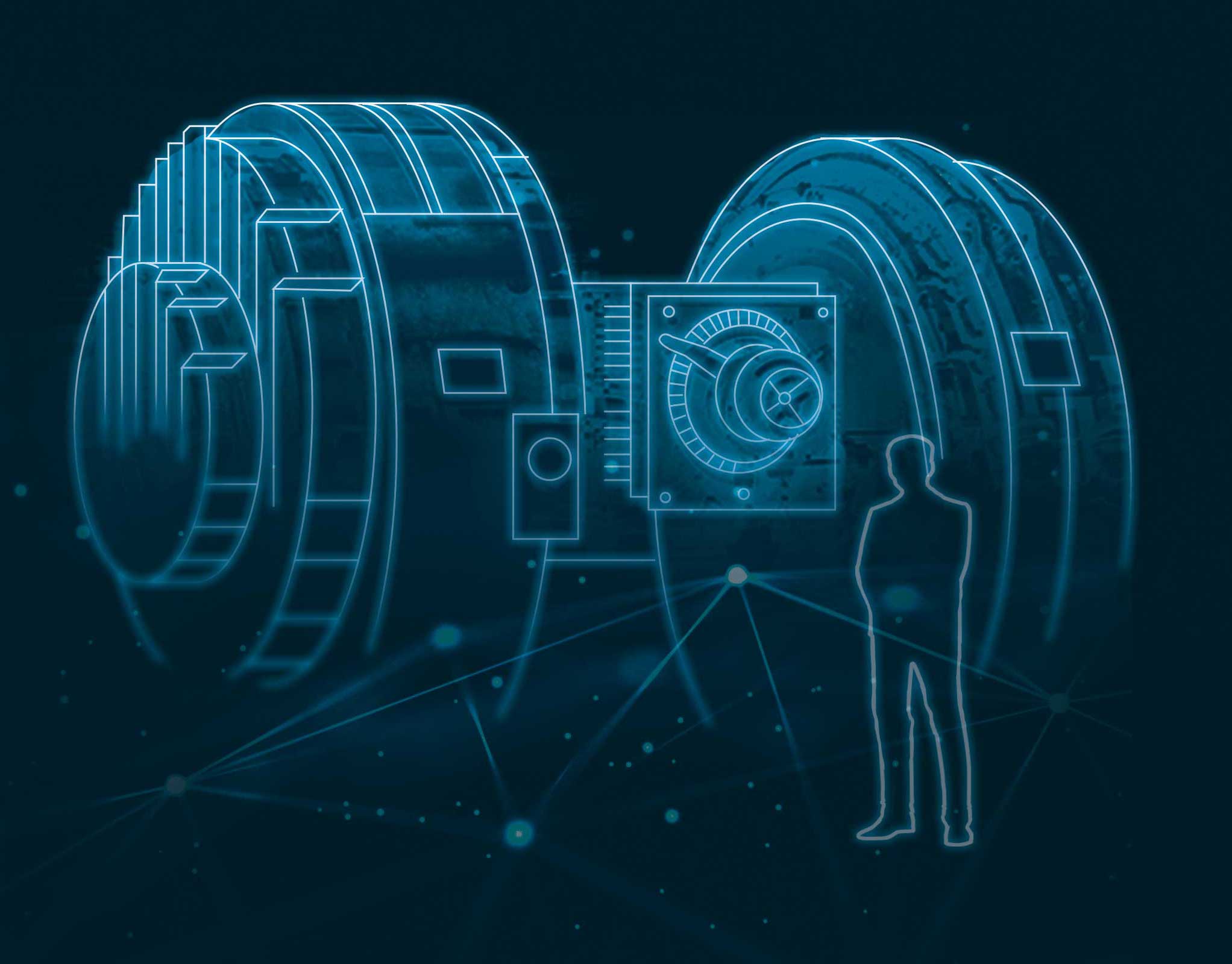 144 PICS PER DAY – Launched in 2014, the ­Himawari-8 weather satellite scans the entire Earth every 10 minutes and takes 144 pictures every day. In this way, it contributes to the study of meteorological phenomena and the atmosphere. 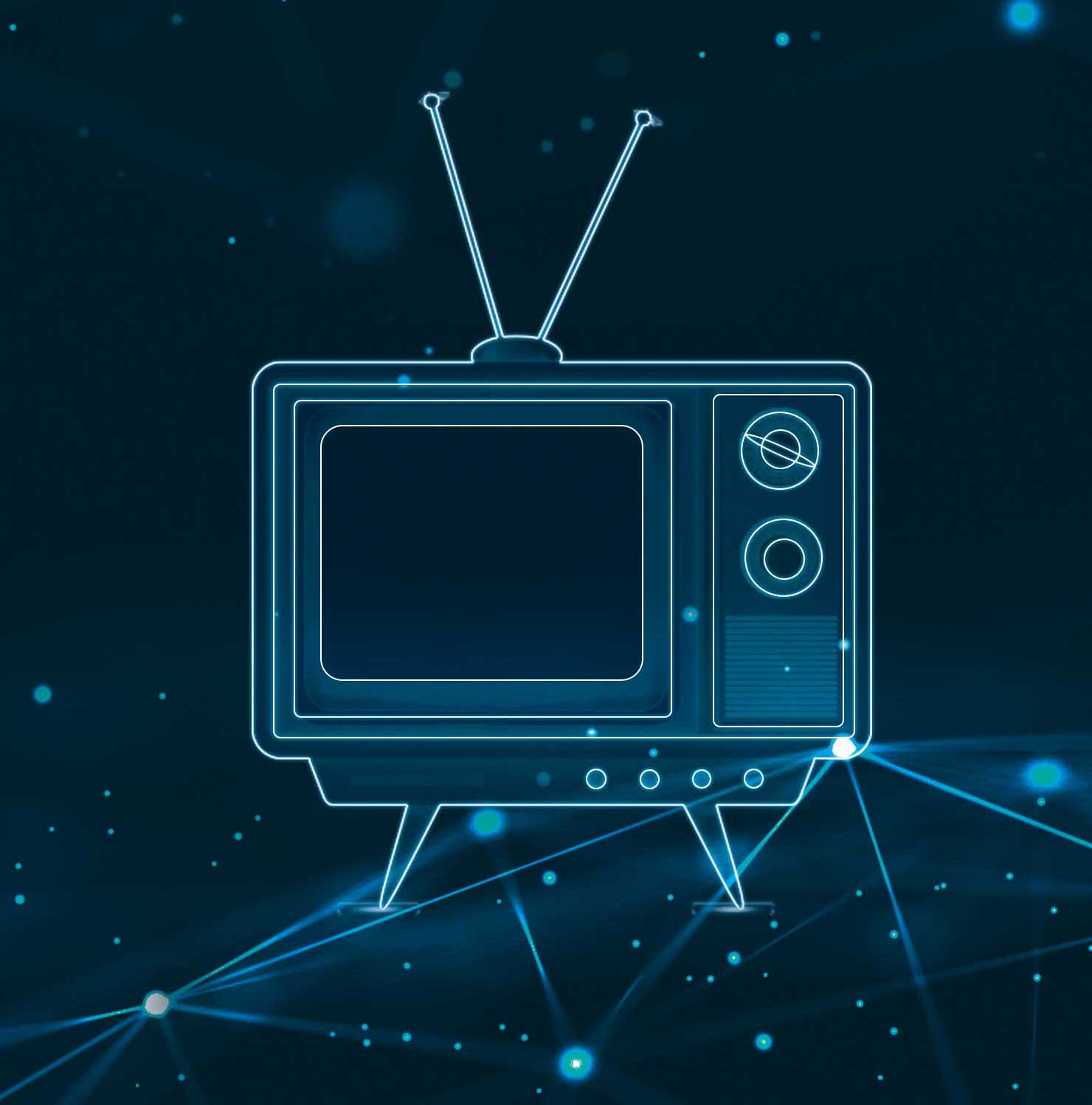 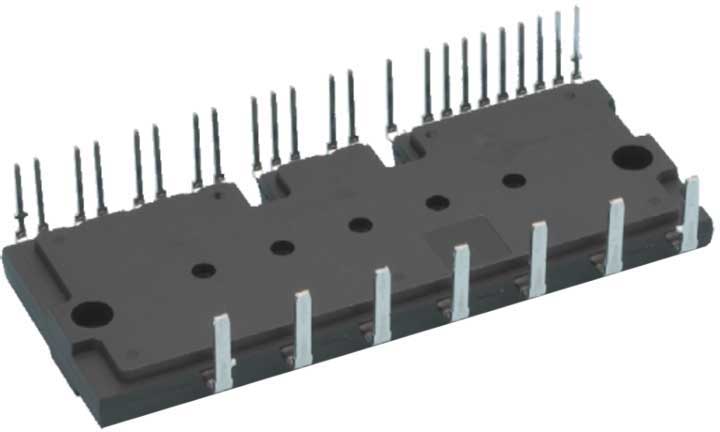 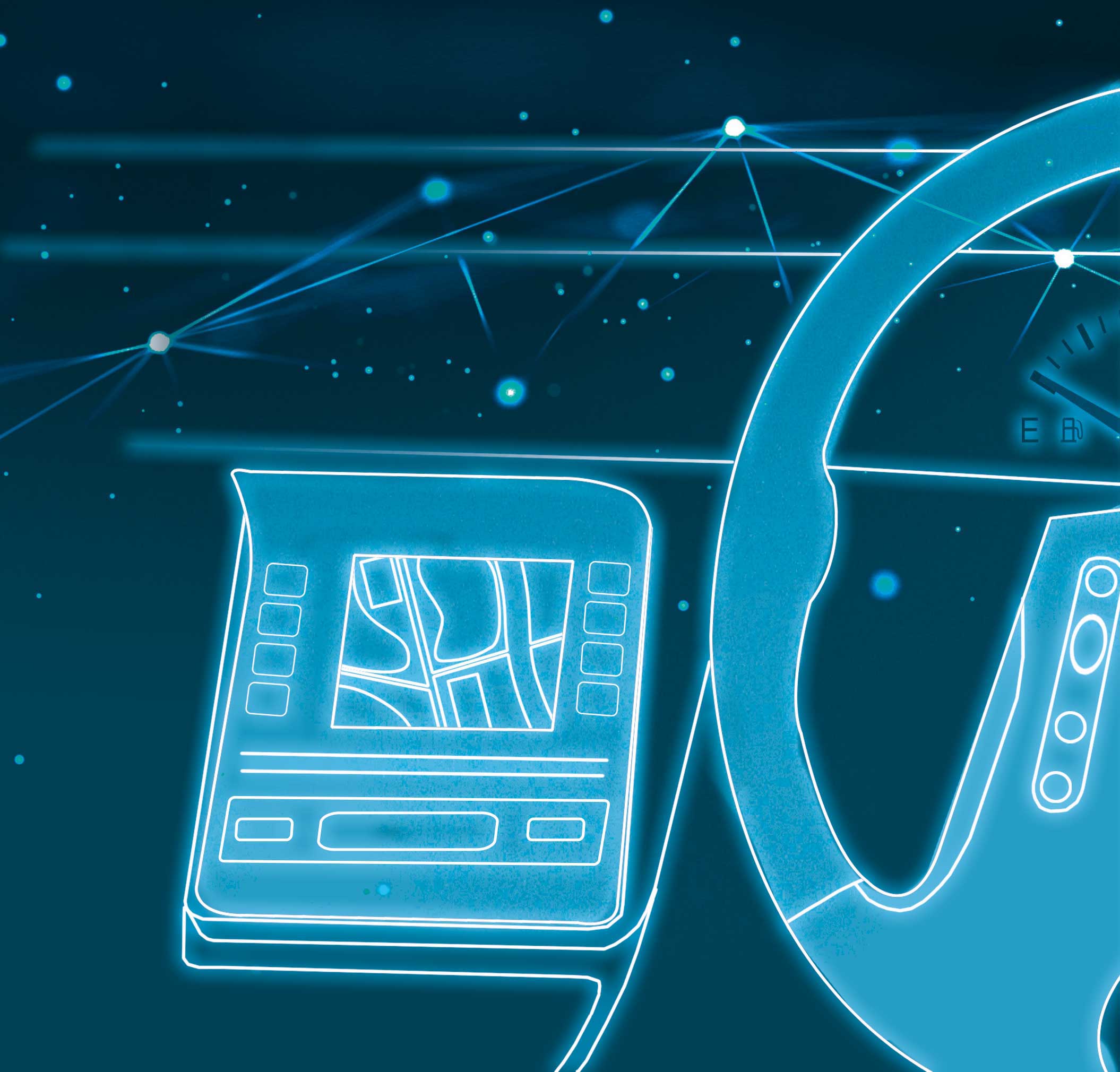 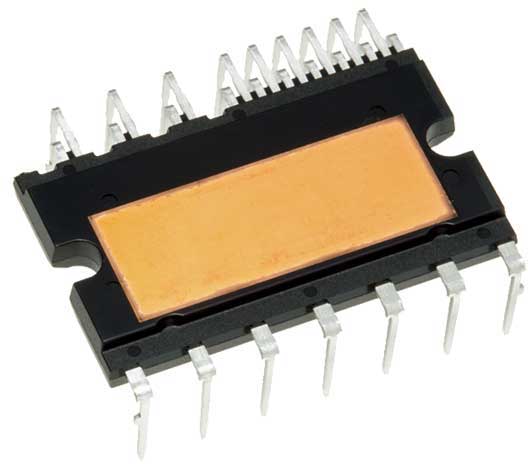 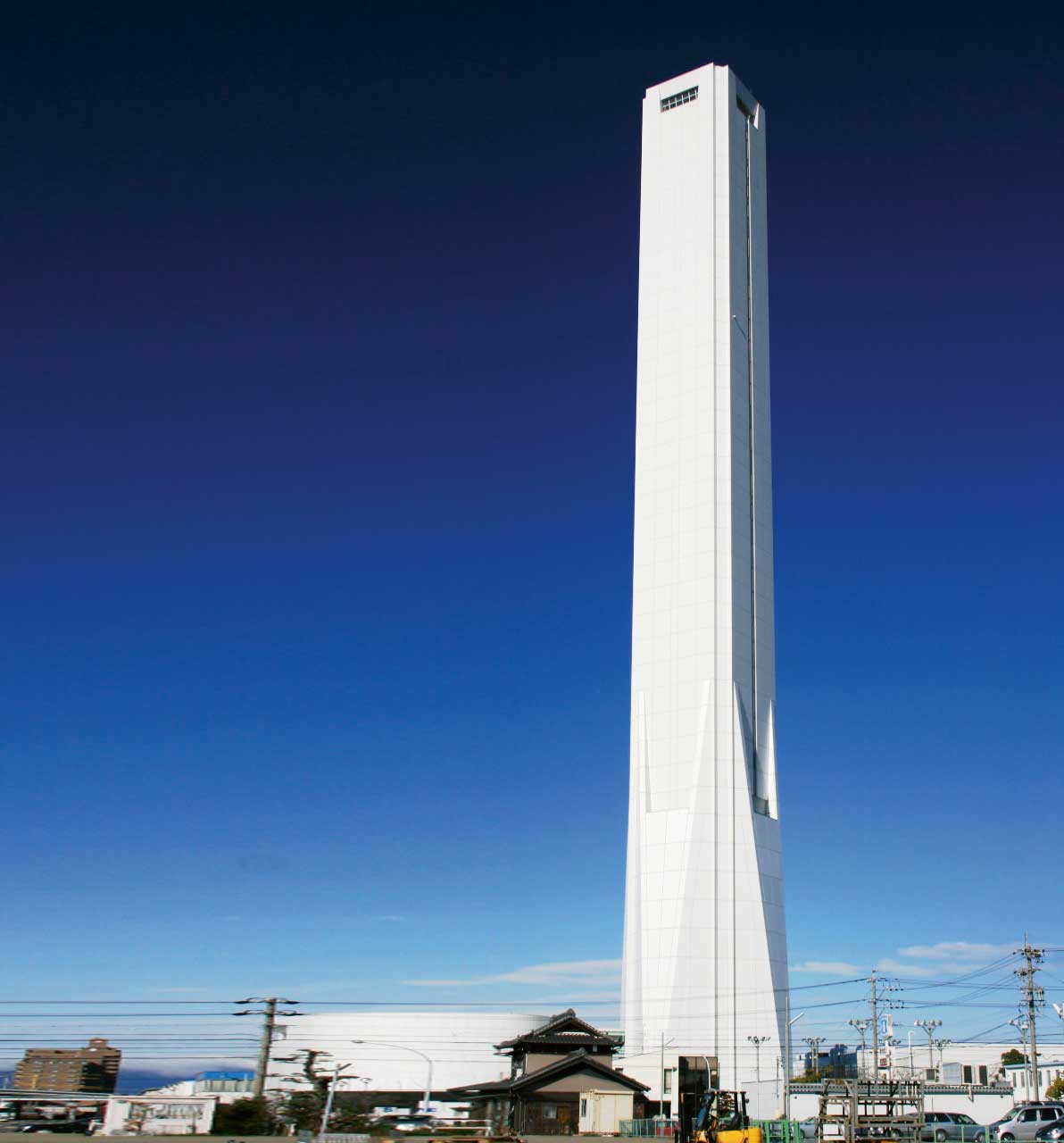 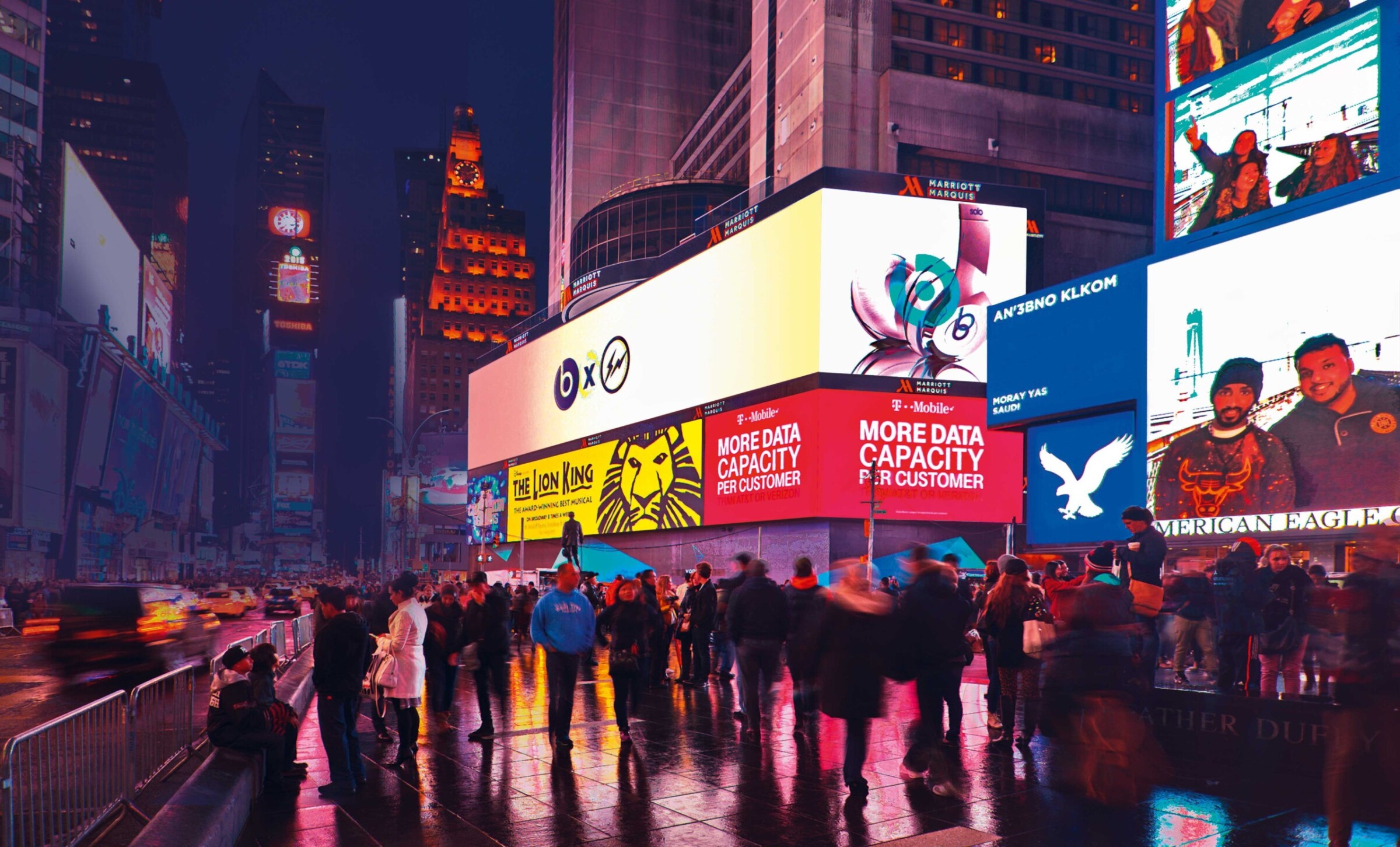 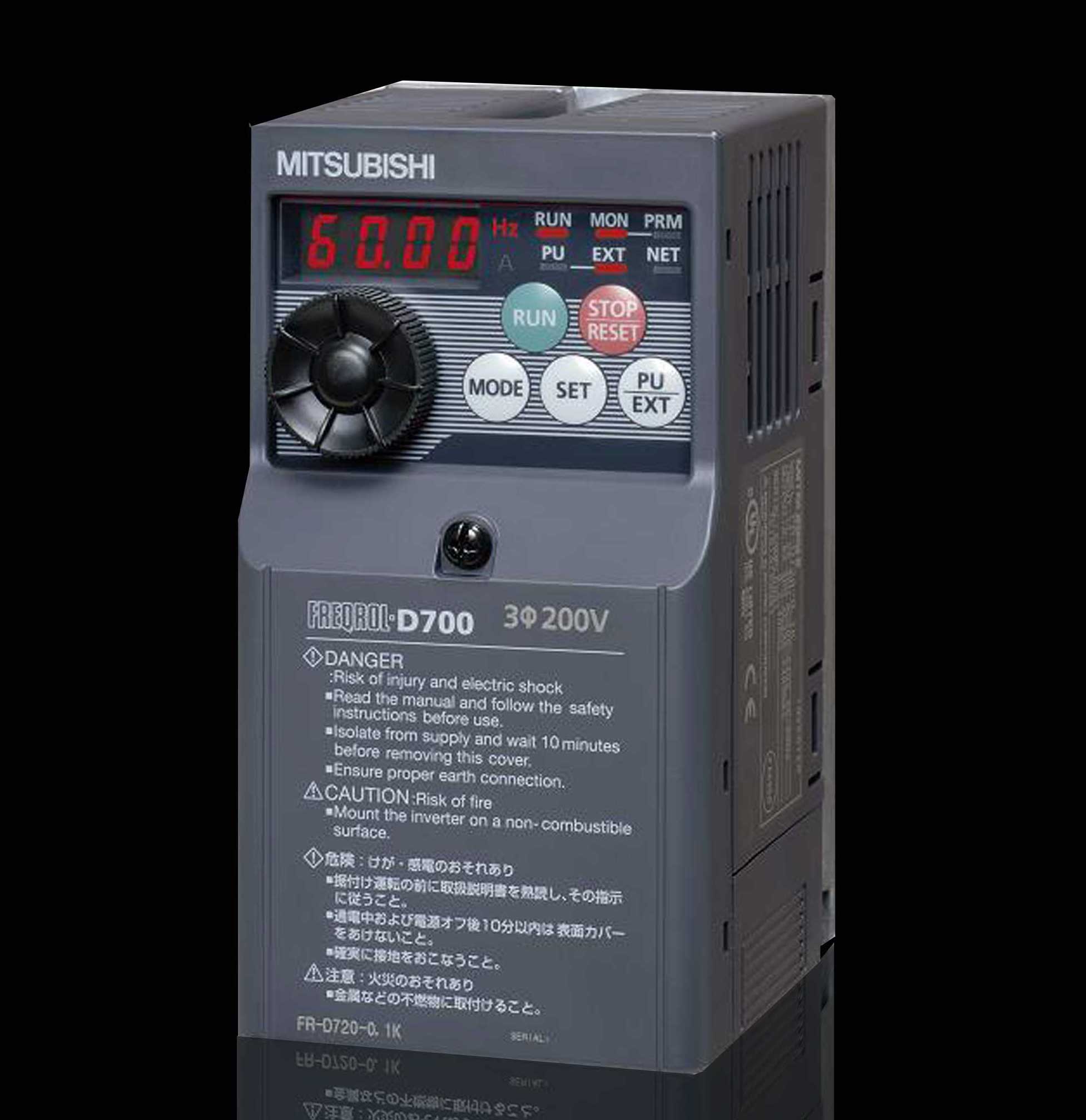 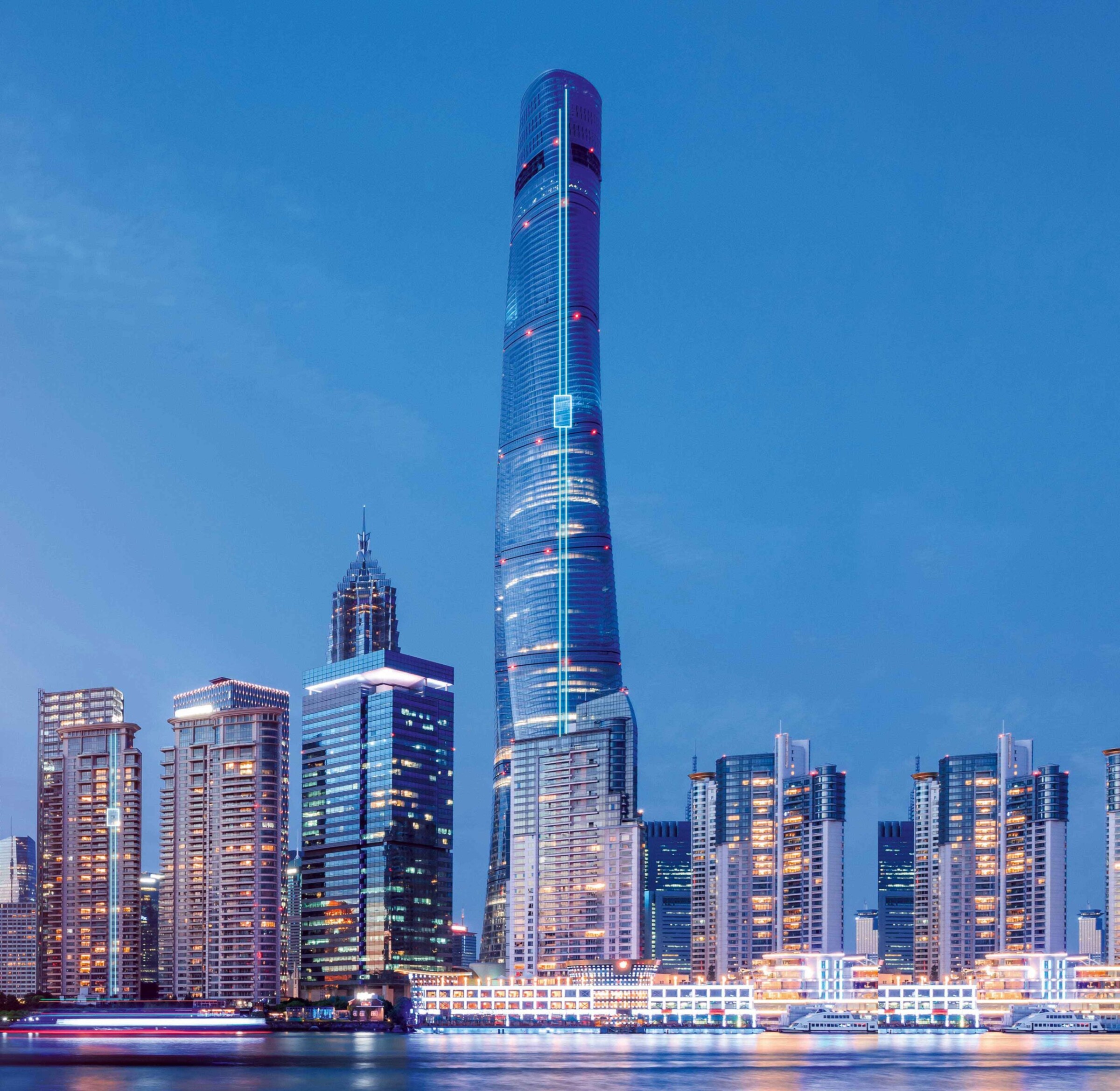 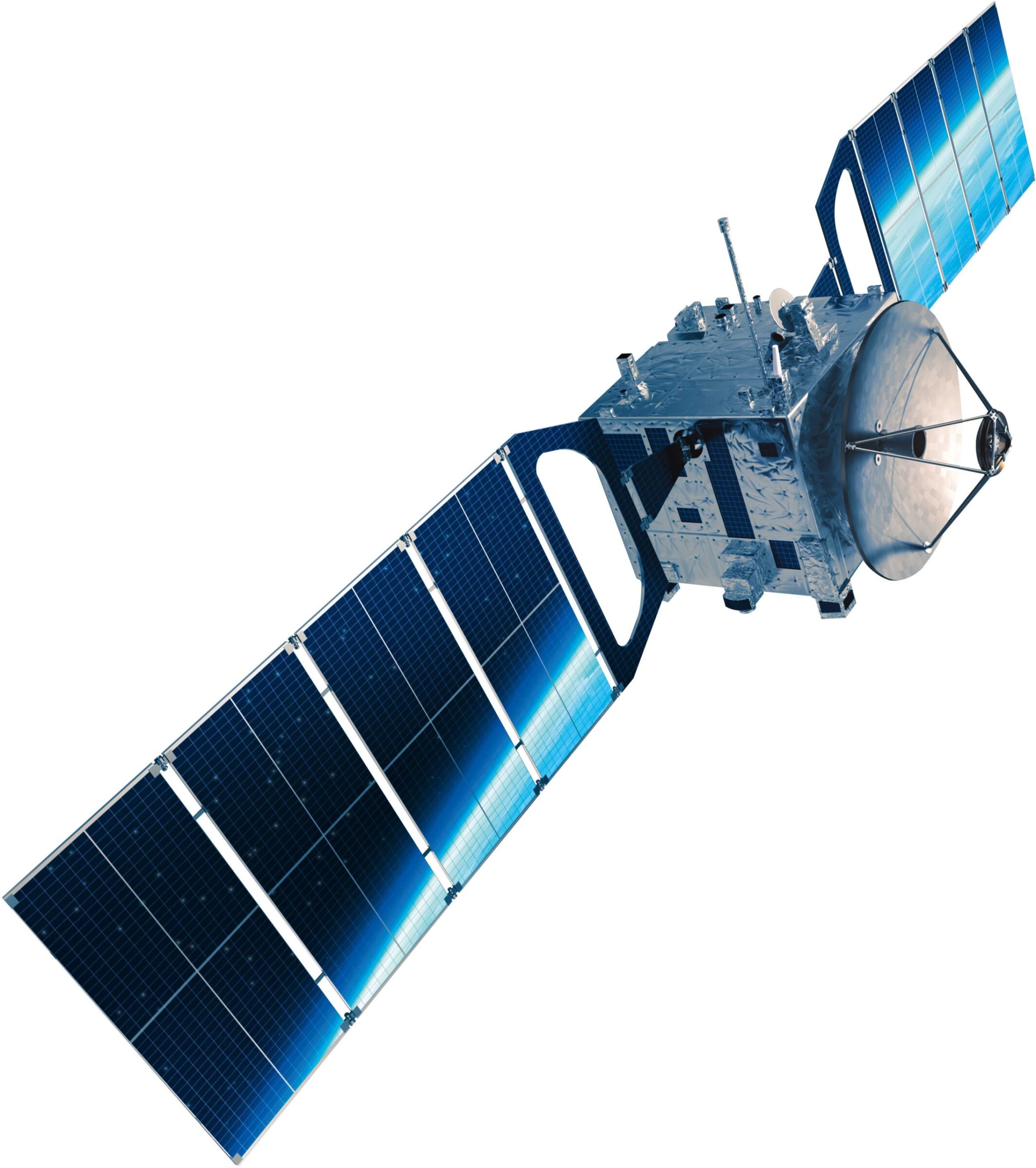 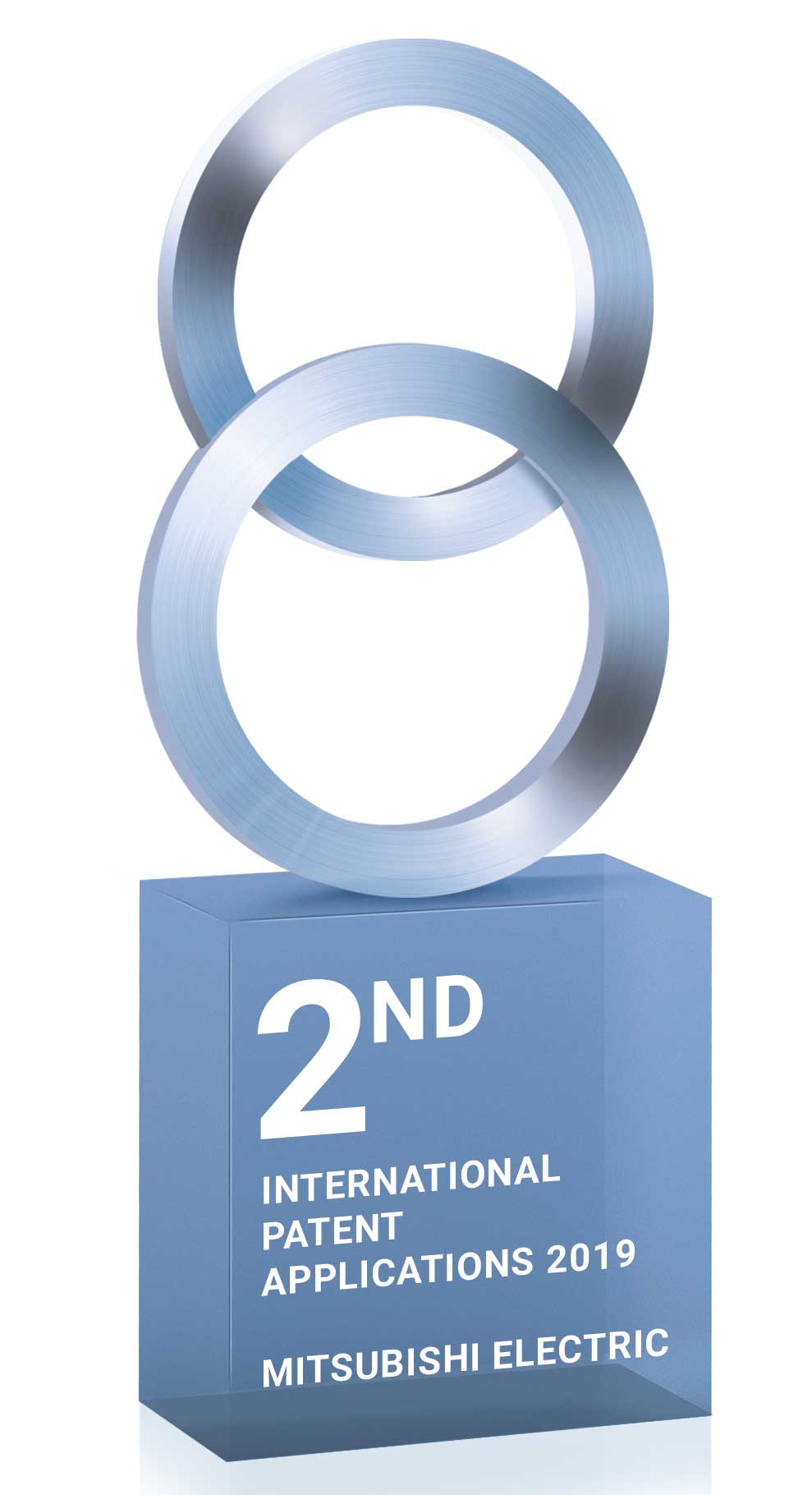 THE NEXT 100 YEARS OF HISTORY START NOW 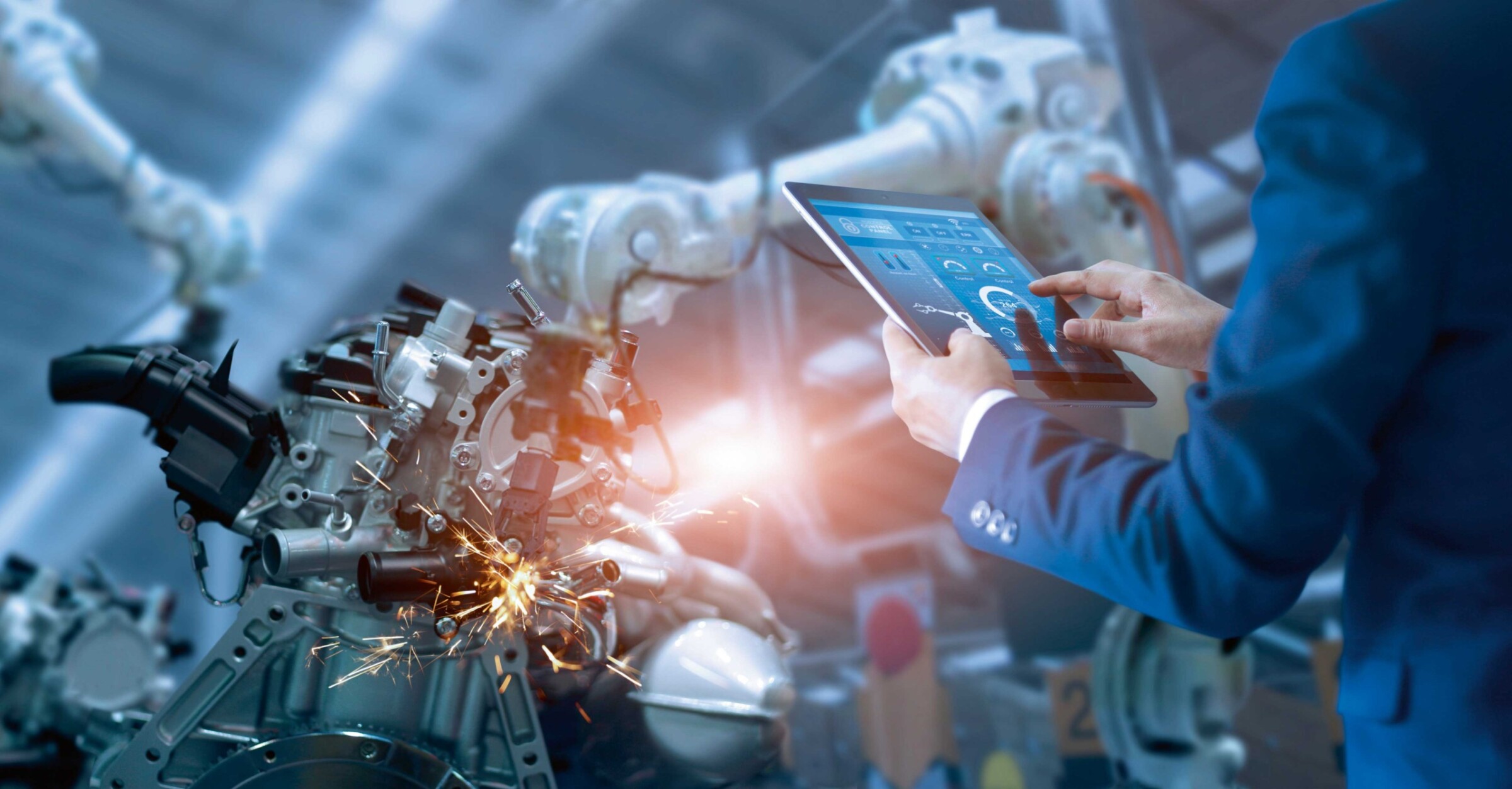 We’re even using co-operative AI to help automated vehicles learn and imitate the actions of skilled factory workers – enabling safer and more efficient collaboration between people and machines in the workplace. Our goal is to help nurture a more productive, more comfortable society. Through Maisart, we’re making it possible.

Machine-learning with an edge

Our innovative edge computing technology helps to make daily life more comfortable and businesses more efficient. It’s all part of Maisart, our AI suite that allows big-data analytics. The power of the cloud has transformed the world of business, as well as our everyday lives. Yet as the Internet of Things (IoT) grows exponentially, linking more devices that generate ever more data, conventional cloud data-centres can struggle in two ways. The first relates to speed. Data takes time to travel from device to data-centre and back. This delay is called latency, and lower latency – less delay – means a better user experience.

A second challenge is that today’s massive demand on data-centres means it takes a lot of money to run and store all the data – and that’s before any filtering or initial analysis can take place. To solve these problems and future-proof networks, Mitsubishi Electric uses edge computing.

Giving users and businesses the edge

Whatever we’re doing online – analysing market data, checking the weather or scanning travel updates – we all expect instant, up-to-date information. With edge computing, the data from time-sensitive interactions like these can be processed closer to the source. This offers a faster and smoother user experience. For IT managers, the distribution of processing loads also means more flexible and scalable networks.

Even more powerful commercial benefits become available when we combine edge computing with Mitsubishi Electric’s artificial intelligence (AI) technology to make manufacturing sites smarter. For example, our AI-infused systems can rapidly analyse big data at the edge, collecting it from sensors on factory machinery or underground pipelines. They machine-learn typical time-series patterns and then quickly work out degrees of deviation. This enables businesses to spot maintenance issues and fix problems before they even arise.

Enabling new conversations, across the world
Whether you need to communicate with a foreign-language speaker or a person with hearing impairments, Swipe to Talk User Interface technology makes it simple.

Booking a hotel room in a foreign city. Meeting international colleagues without a common language. Chatting with someone who has a hearing impairment.

When a user speaks into the microphone and swipes their finger across the screen, their spoken words ’flow out’ as text. It’s as though the body is speaking through the fingertip. 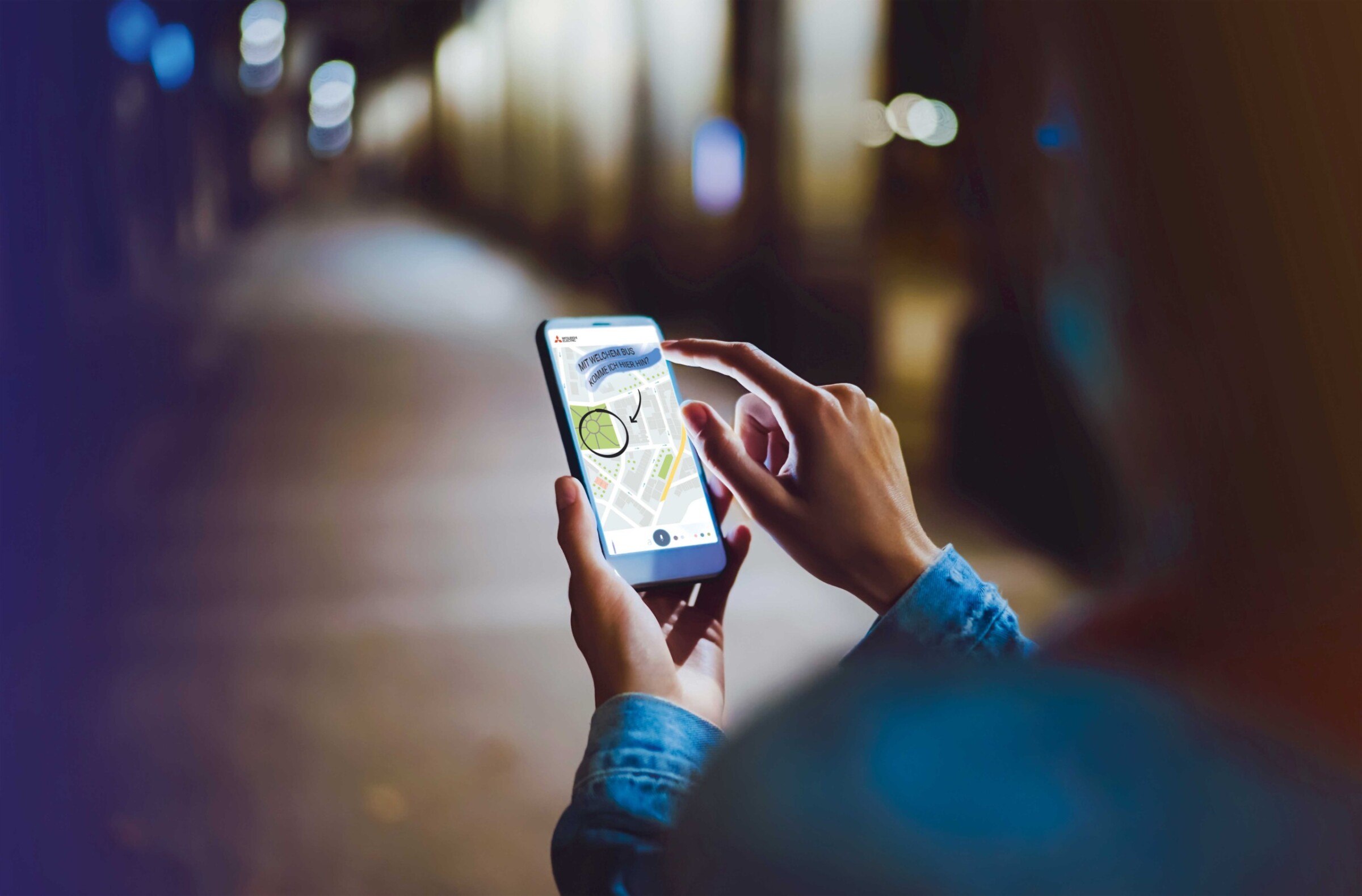 Our technology helps overcome language barriers in all sorts of situations.

This more personal interaction lets users add drawings to their message. They can also split the screen to present two mirrored pages, making conversation even easier.

For example, imagine a Japanese tourist in Germany asking directions via the Swipe to Talk User Interface technology.

Working together with robots

Bringing an automated future within reach
Our cutting-edge industrial robot can ’learn’ precise movements simply by being guided through them, and will safely work alongside humans on complex manufacturing tasks. Machine-to-machine communication. The Internet of Things. Smart machines that ’learn’ without human intervention. Some call it Industry 4.0 or the fourth industrial revolution; we call our concept e-F@ctory. And as digital innovation transforms society and business with it, today’s companies are increasingly looking for versatile, creative and, above all, user-friendly solutions.

Introducing a new kind of robot

As a collaborative robot, or ’cobot’, ASSISTA is designed to work safely alongside humans. And when deployed in industrial settings such as manufacturing sites, it will even help companies meet new social distancing requirements at work. For easy system deployment, we’ve created intuitive engineering software called RT VisualBox. This enables operators to set up ASSISTA quickly and inexpensively, compared to standard industrial robots.

ASSISTA is efficient, highly precise and robust. So companies that use robotic manufacturing systems can combine it with RT VisualBox to boost productivity while reducing their total cost of ownership.

We’ve made MELFA ASSISTA so easy, helpful and safe to use that we believe it will change people’s view of robots. 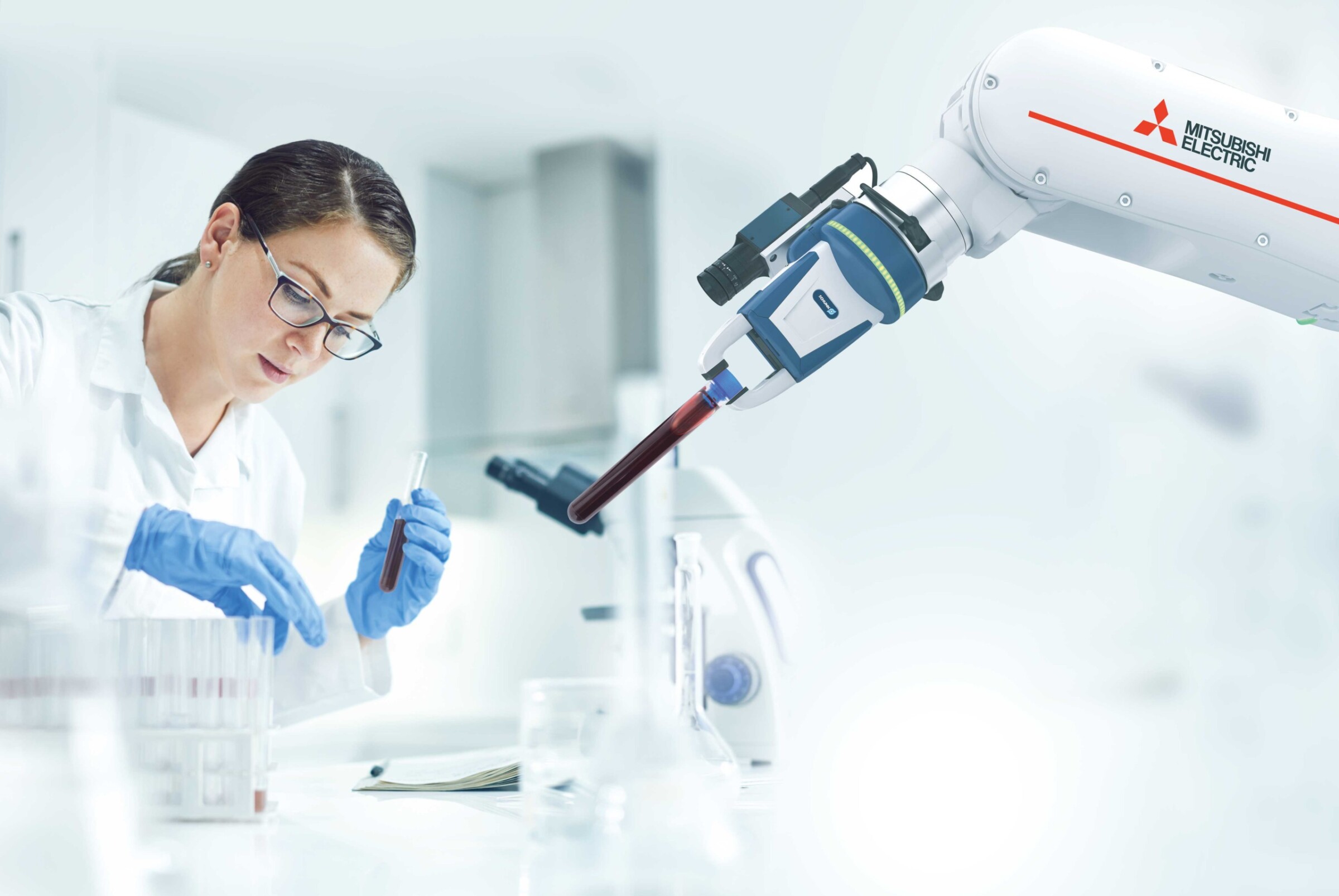 Bringing an automated future within reach

With a smart ’train by demonstration’ interface, you can easily teach it what to do. Just press a ’Save’ button on its arm and guide it through the required movements. You can also programme it via a PC or tablet.

ASSISTA prioritises the safety and wellbeing of people, strictly complying with relevant international safety and robot standards. The LED light on the robot’s arm clearly shows if it’s at work. And it automatically scans its environment to ensure there’s no chance of coming into contact with anyone. 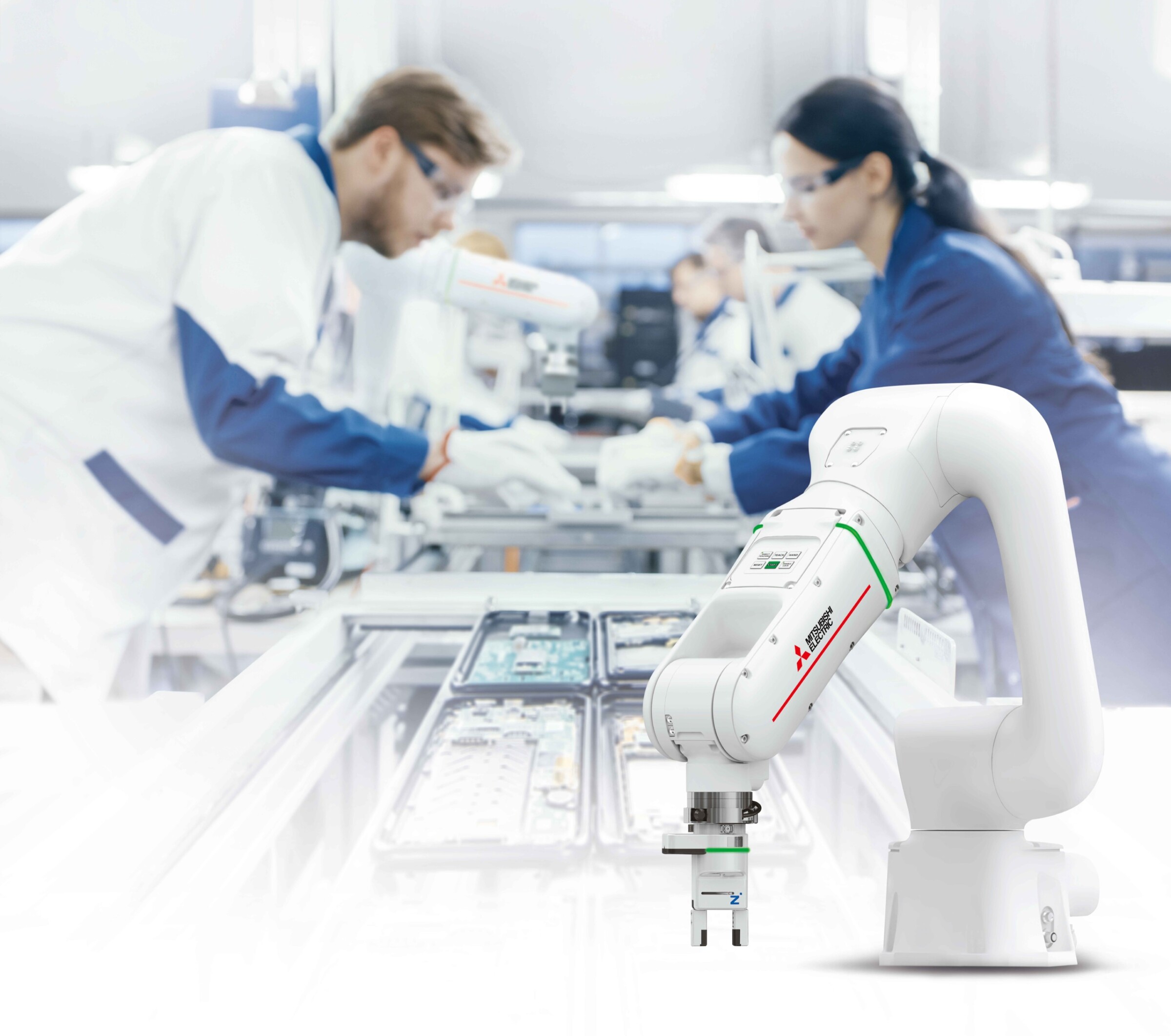 Thanks to advanced safety technologies, humans can share a workspace with our robots.

To flexibly help out in various scenarios, ASSISTA offers a wide range of custom-made peripherals, including grippers and vision. It can even be configured to move freely and safely as a mobile robot.

Not so long ago, the idea of a car without a driver sounded like science-fiction fantasy. No more. Our expert engineers, programmers and designers are pioneering systems that help make it a reality. 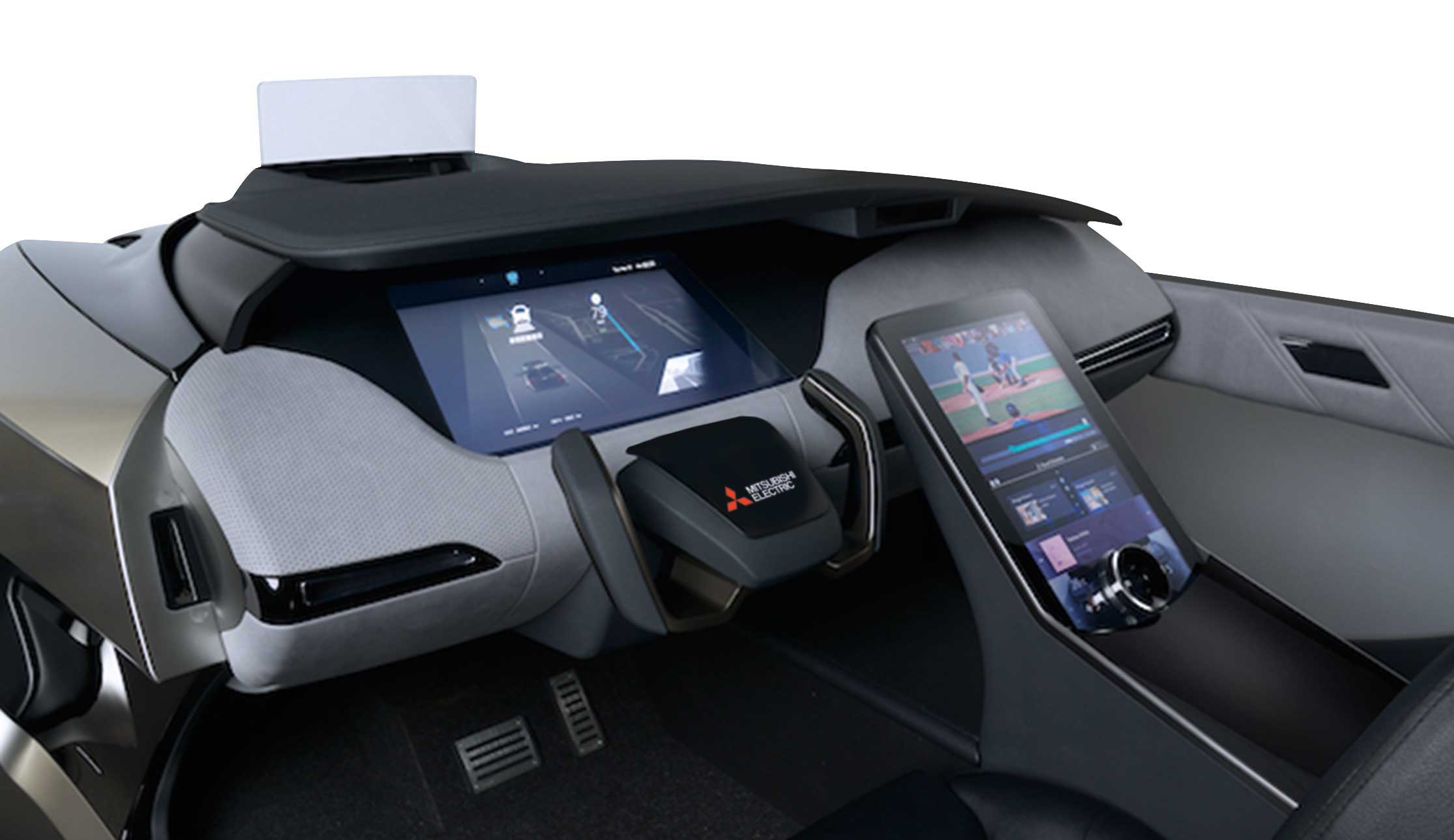 Creating systems that make driving safer is a natural goal for Mitsubishi Electric. Our expertise is even helping to make self-driving vehicles possible. This promises benefits for everyone – society and individuals alike – including fewer accidents, stress-free motoring and more productive commuting.

But how do you equip a vehicle to safely navigate complex road systems at speed? What sort of new driver-assistance technologies will be needed? And how will they deal with exceptional driving conditions like snow?

When you go for a drive around town, your senses, judgment and body work together. You scan what’s around you, make countless small but critical decisions, and physically operate your vehicle – often subconsciously.

Our vision is to replicate these human activities with technology. And that’s where xAUTO, our new Autonomous Driving System, comes in. 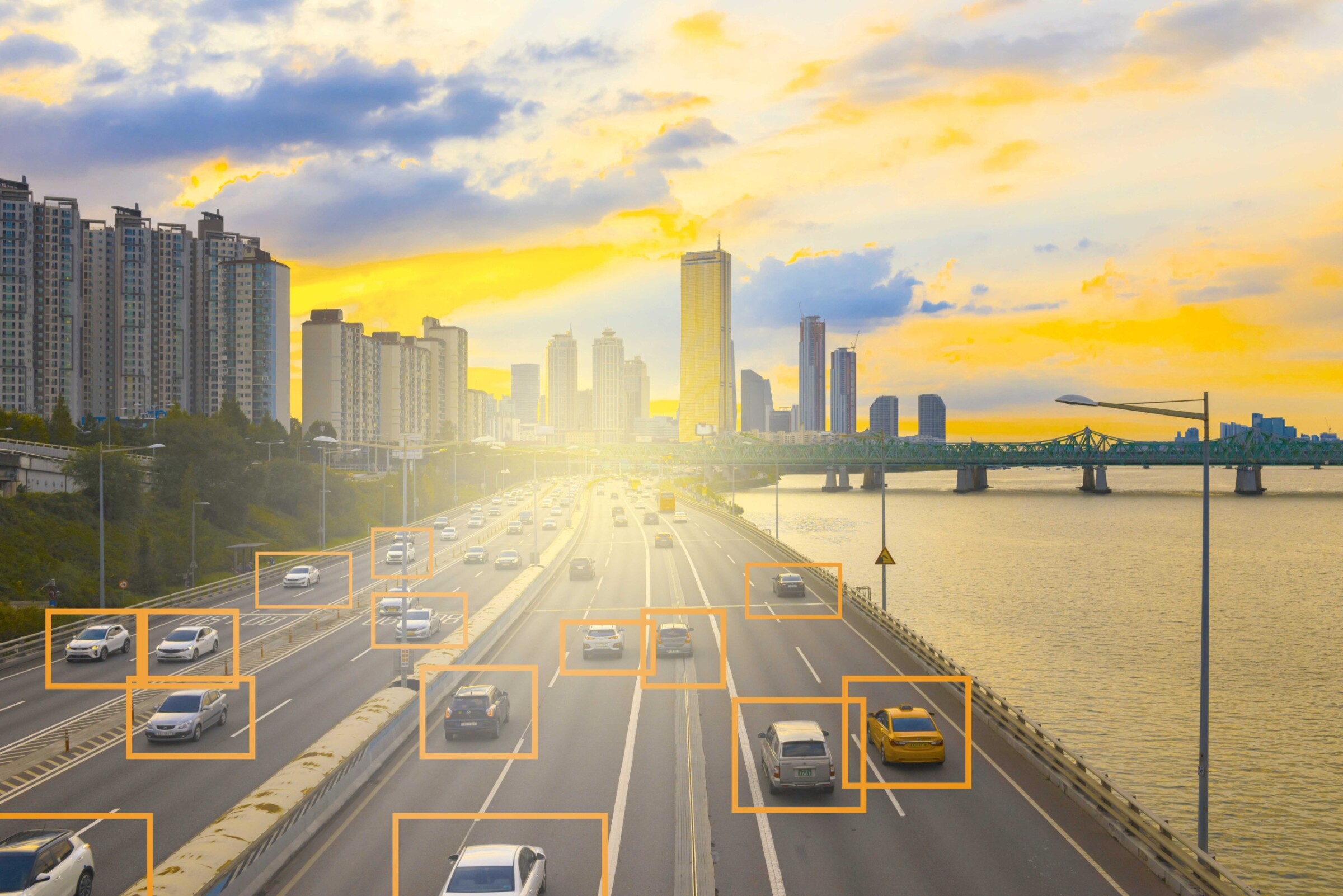 xAUTO brings together our advanced sensing, vehicle control and telecoms systems. For example, we can integrate a forward-looking camera and millimetre-wave radar sensor to measure the distance and relative speed of other vehicles, bicycles, pedestrians and objects.

Our system can differentiate lanes, detect nearby pedestrians and vehicles, read signs and even auto-adjust your headlights for oncoming cars. 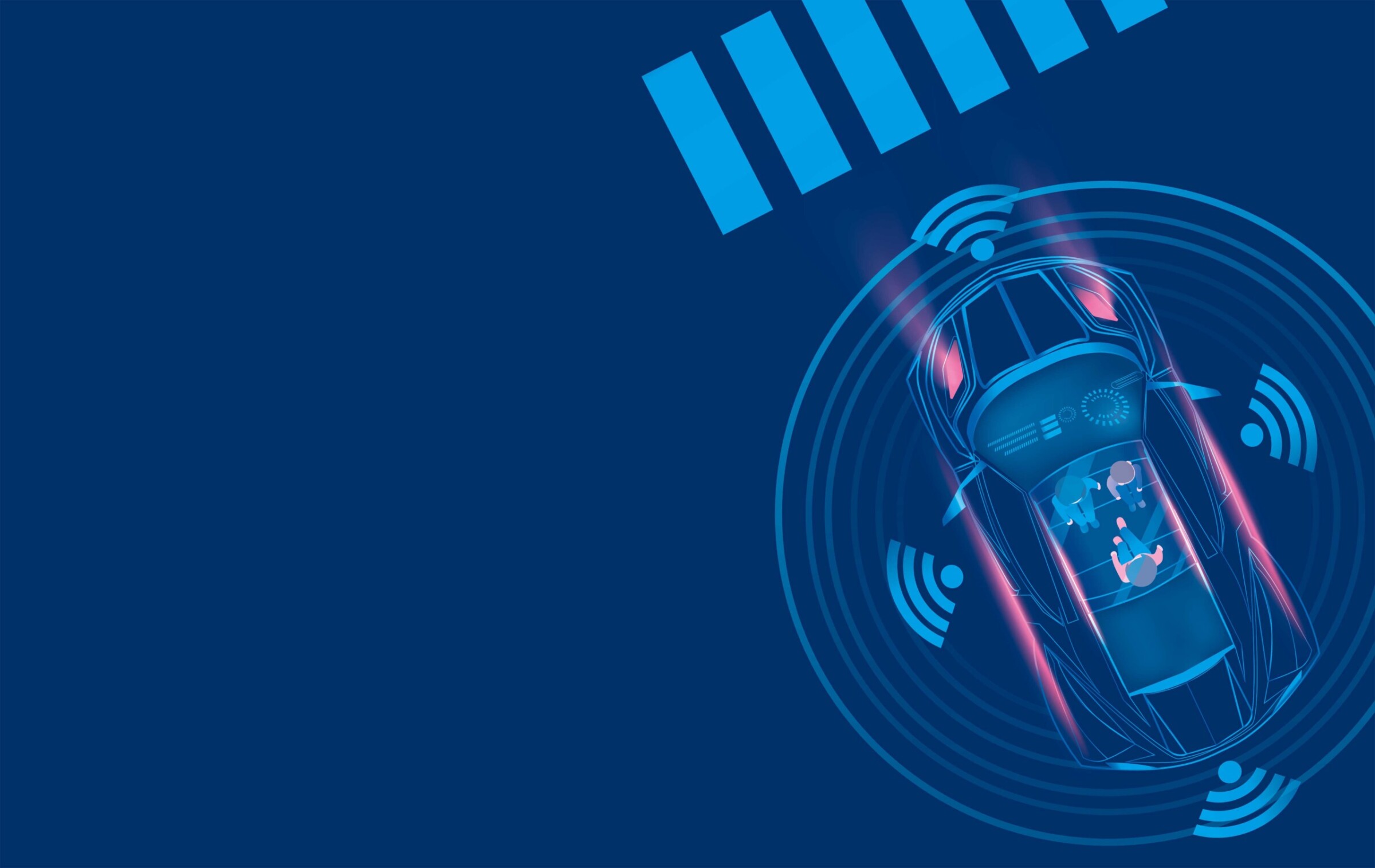 All data is fed to an in-car computer called an electronic control unit (ECU), which uses algorithms to determine the safest, most comfortable next action.

Safety is our priority. So, using an on-board camera, the driver can be monitored for signs of drowsiness, ill-health or distraction, ensuring they’re ready to take over from autonomous to manual driving mode.

This system can also be integrated with our infotainment system and used to monitor all passengers in the vehicle, including infants.

Our vision for a better, safer future

We’ve long worked towards a low-carbon, circular economy. But with our new Environmental Sustainability Vision, we’ve supercharged our plans to secure a brighter future. 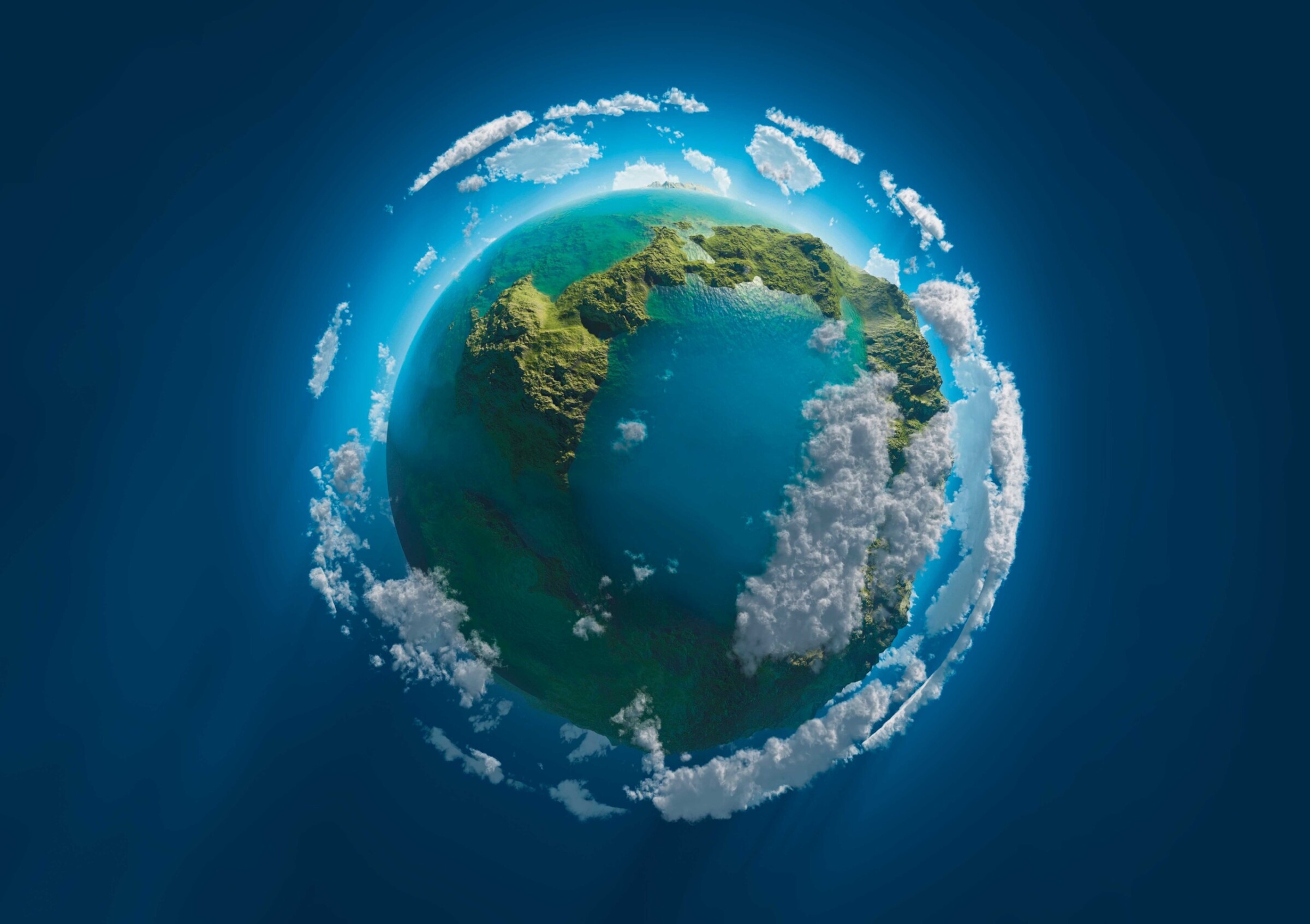 Our vision for a better, safer future

Our responsibilities are at the heart of our corporate vision. That’s why, as we work to create a better world, we’re prioritising ethical practice, compliance and environmental protection. Our Environmental Vision 2021 committed us to a wide range of sustainability initiatives. Now, as April 2021 approaches, we’re introducing our Environmental Sustainability Vision 2050 – which places an even higher priority on action. 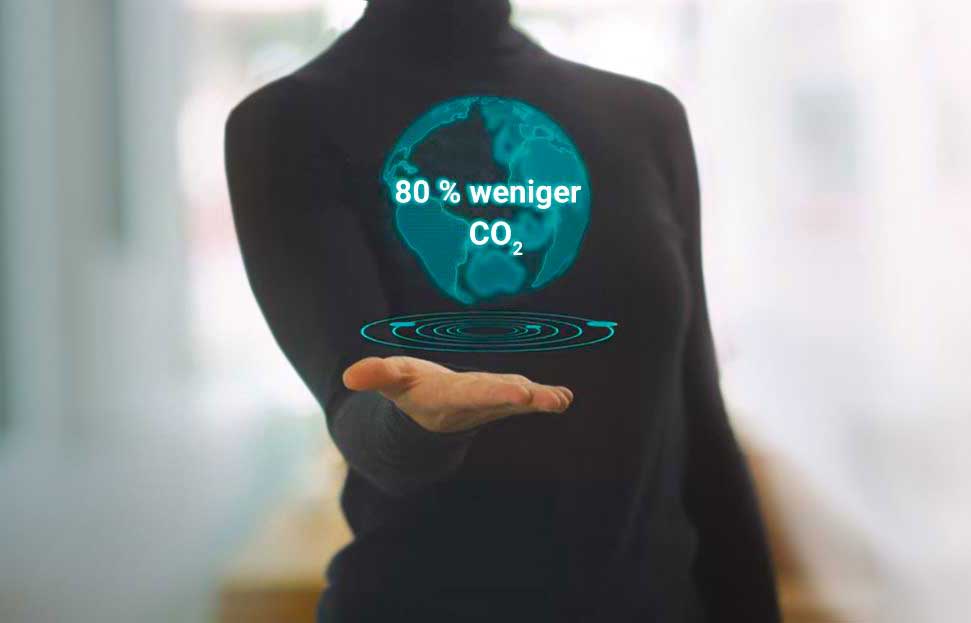 We’ll nurture new ways of working that will help improve the quality of life for the generations to come.

We’ll promote dialogue, collaboration and co-creation, encouraging new values and lifestyles that enable people to live in harmony with nature.

100 years of Mitsubishi Electric – a very special occasion for many employees. Thomas Schreiber, for example, is also celebrating a proud anniversary this year: 30 years as a salesperson for the Japanese company’s EDM equipment. In view of his vast experience in the field, the Profil editorial team was able to coax some interesting information out of him from behind the scenes in the specialist areas. 30 years at Mitsubishi Electric – you’ll have experienced a lot of things. What was it like when you started?
I completed an apprenticeship as an electronics technician and then joined the company after applying for a technician position at Mitsubishi Electric. First nine years in service, then two and a half years in technical sales, until I switched entirely to sales in 2001 with the first territories of my own. Spending the earlier nine years on the road in after sales service, where I got to know everything to do with EDM systems – from machine installation and maintenance to user training – was a great help in achieving success in sales.
What are the most important trends in the sector?
30 years ago, an EDM system was still a kind of ”magic box”. Nobody knew how it worked, but everyone realised what this technology was capable of. Today, on the other hand, there is widespread knowledge about EDM products and how it works – you can find EDM in many fields. In addition, the numbers of units, the fields of application and, of course, performance have evolved enormously. So penetration of the market has also brought with it the dissemination of knowledge. One of the biggest differences to the early machines is their neat layout – both technically and visually. Machine building has matured. And design has also kept pace. The machine must also appeal to the eye.
What has been special about your time in service and sales?
What I really enjoyed was the travelling. I travelled all over Europe and visited countries I had never been to before. Of course, I had to adapt accordingly – which is brilliant for one’s empathy and general cultural awareness. This also helps one to understand one’s own culture better, and you see it with different eyes – especially in connection with my first trips to Japan. What really sticks out in my mind is the completely different approach to challenges. Instead of proceeding in a more linear fashion, as we do here, the Japanese tend to spiral in on the issue – in ever tighter circles until the problem with all the associated issues has been grasped and thus analysed. Logically, the ideal way would be to combine the different approaches of the two cultures.
What in your view is important for the future of your field?
No doubt about it: training young people for the field of automation. This is a crucial objective because this area is becoming increasingly important and will be vital for the future. My colleagues and I have therefore put a lot of time, work and, heart and soul into this. The key to a successful future is the ongoing training of our young people. And here I am very optimistic. Because the products are right, the team is right – so what can go wrong? Here’s to the next hundred years! (Laughs)
Thomas, many thanks for the interview!

The key to a successful future is the ongoing training of our young people. And here I am very optimistic. Because the products are right, the team is right – so what can go wrong? Here’s to the next hundred years! 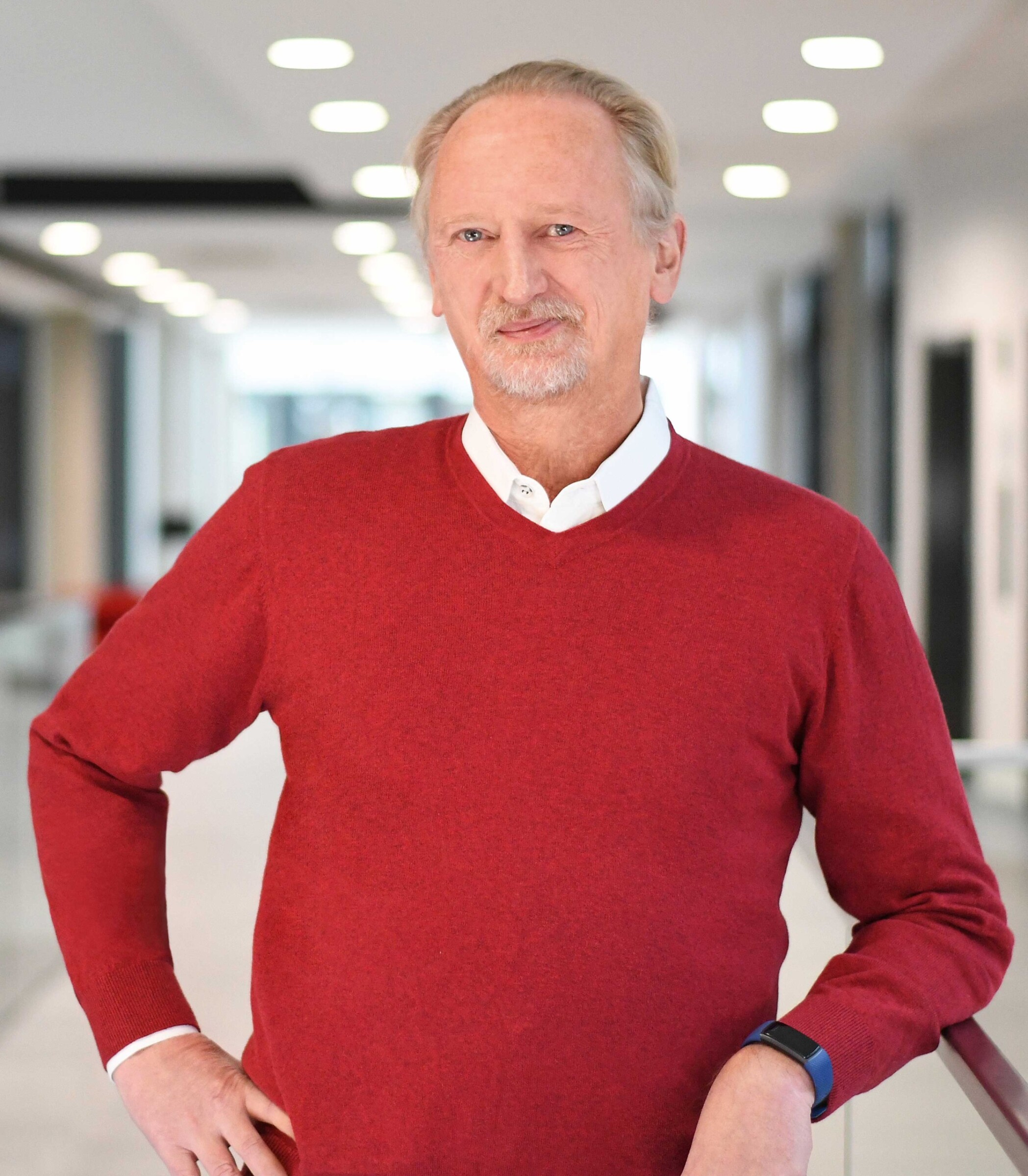