For eropräzisa in Hermsdorf, Thuringia, no metal structure is too intricate and no request too ambitious. The specialist’s expertise and machine park are high-end. So it’s no surprise that part of the future of wire EDM is being developed here. 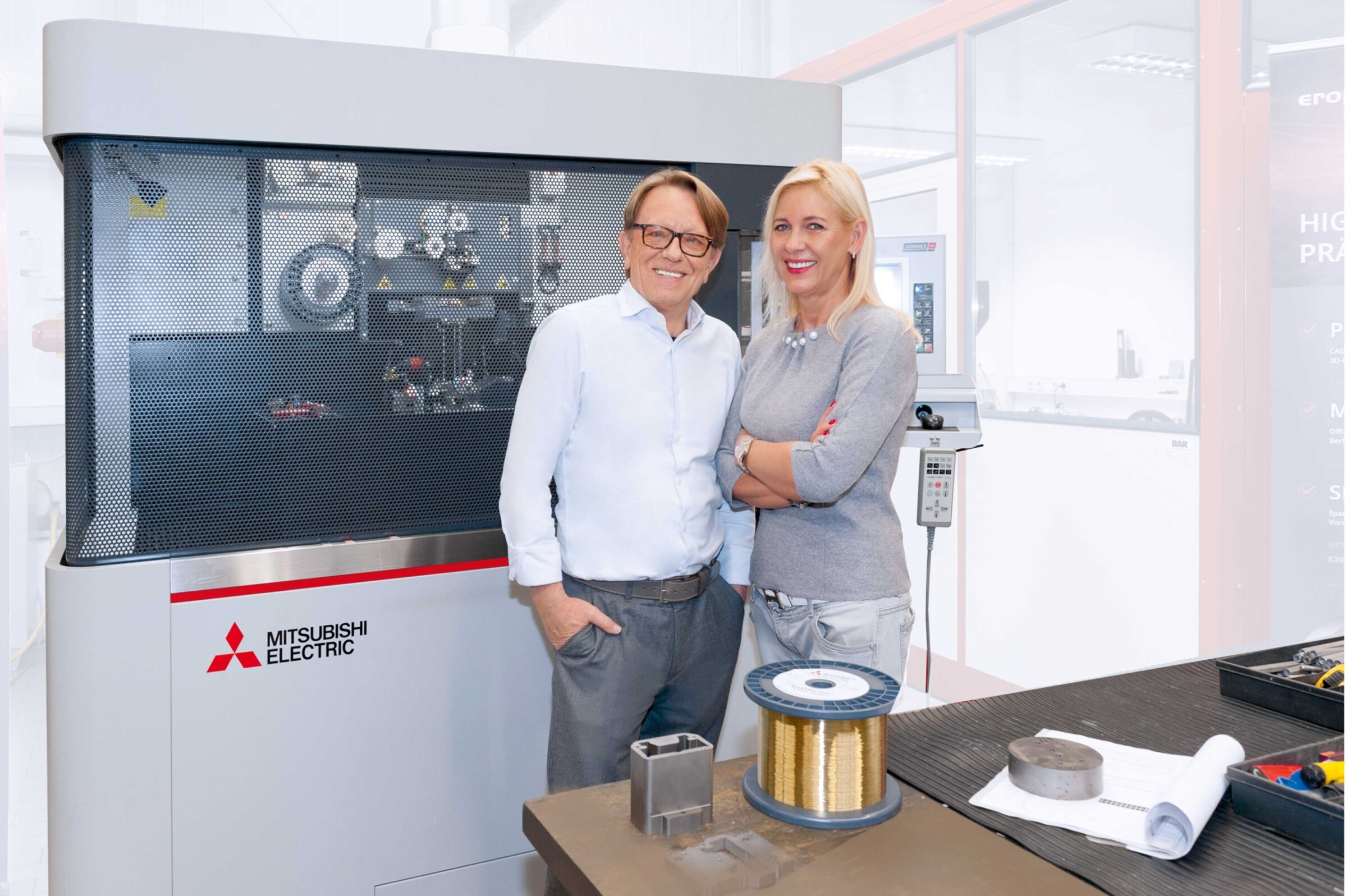 For eropräzisa in Hermsdorf, Thuringia, no metal structure is too intricate and no request too ambitious. The specialist’s expertise and machine park are high-end. So it’s no surprise that part of the future of wire EDM is being developed here.

If there’s one term that’s become firmly anchored in the vocabulary of eropräzisa GmbH, then it’s “micro”. Be it micro-tools or micro-bores, the company in the small town of Hermsdorf, situated between Jena and Gera in Thuringia, applies this term to practically every metal part. “Metalworking in the micrometre range is our every­day job,” says Managing Director Thomas Richter. The customers come from sectors in which every µm counts. These include companies in the optical industry, medical technology, the semiconductor industry, precision mechanics, and aviation and aerospace. “Some components we’ve produced are actually floating today in space,” Richter proudly claims. 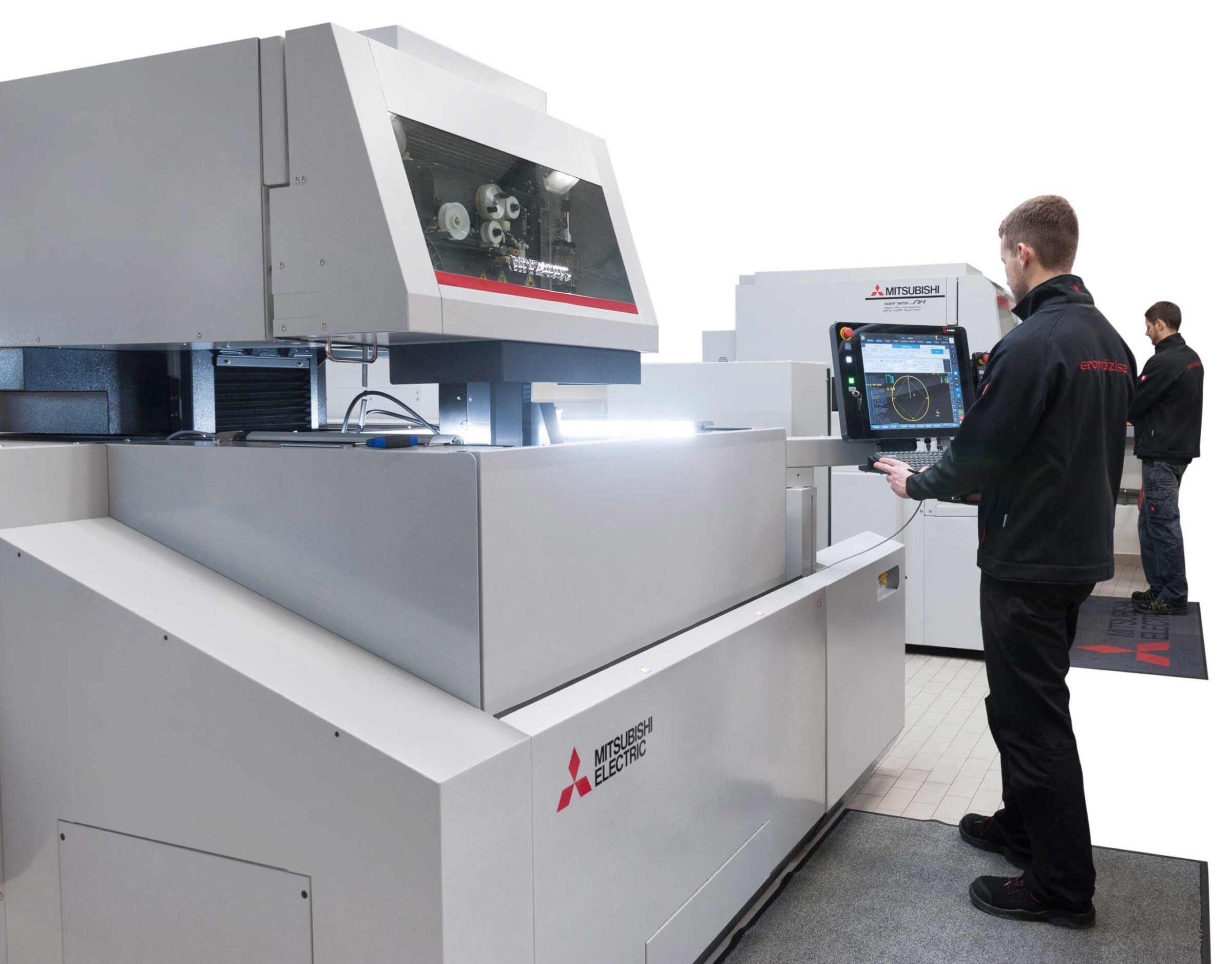 Production in the micrometre range.

What the company in Hermsdorf produces meets the very highest standards. To achieve them, the working environment itself is of superlative quality. Its production facilities look more like laboratories than workshops. The entire working area is air-conditioned. But this is only one of the preconditions for the tiniest tolerances and finest finishes. Another is the mix of technologies. eropräzisa has always resorted to a combination of wire-cutting, die-sinking and milling. Its repertoire was recently extended to included selective metal sintering, better known as 3D printing. “This is done by a partner company that’s capable of producing extremely thin film thicknesses,” Richter explains. 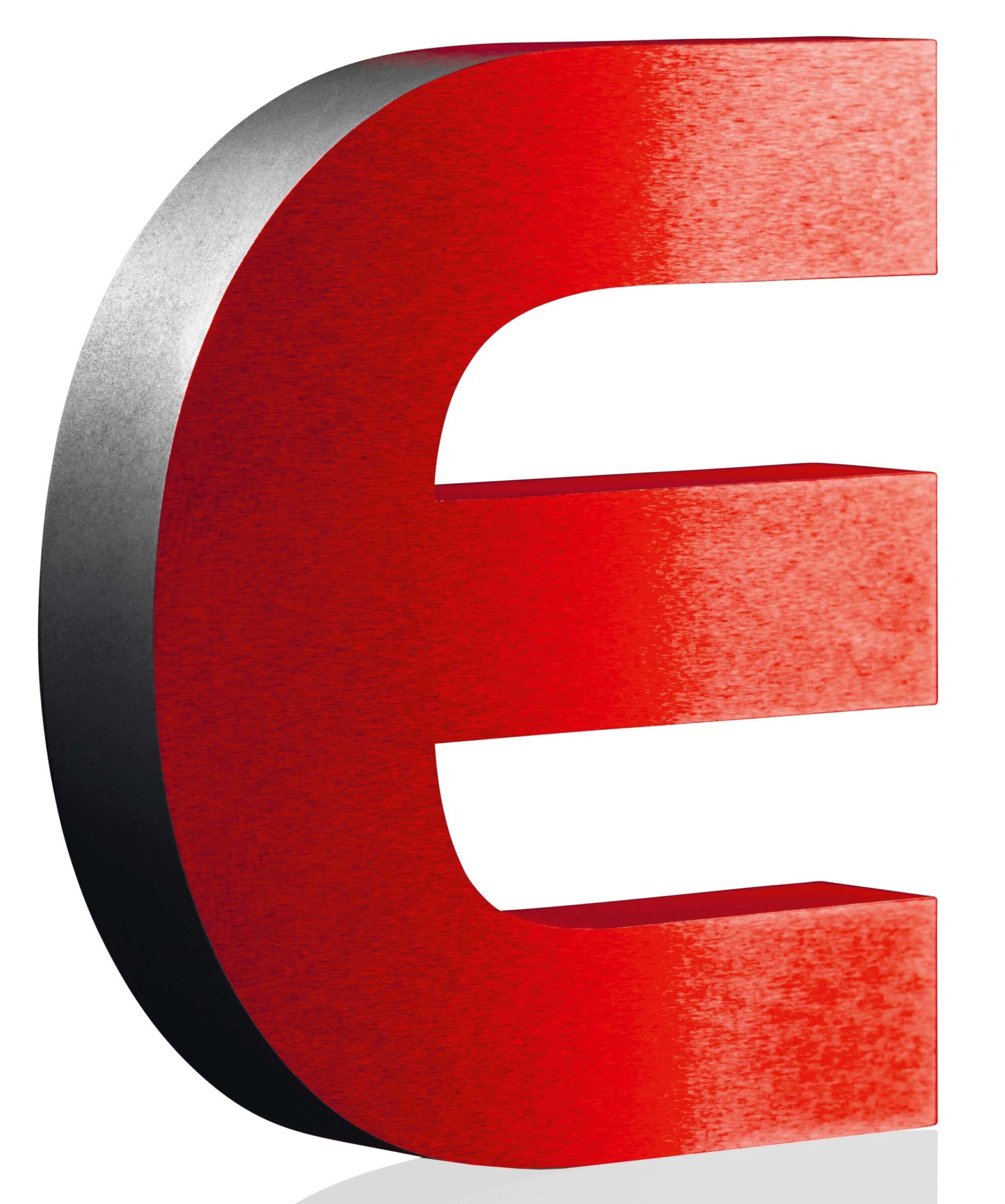 eropräzisa selects the technologies that promise the best results. What the various production methods used at eropräzisa have in common is again their exceptional quality. “We work with tolerances of 3 µm,” says Richter quantifying the targets that the company has to reach on a daily basis. He underlines this by referring to a component for the semiconductor industry. Only at second glance do several microscopically thin, needle-like pins on the rectangular component become visible. “It’s used for positioning bores in the semiconductor industry,” Richter explains.

Tools no thicker than a human hair

The wire EDM systems from Mitsubishi Electric play a large part in the production of such intricate components. Six of the most advanced machines can be found in the machine park, including an MV2400S NewGen, an MV1200R Connect and an MX600 OilTech with which eropräzisa achieves a surface finish of Ra 0.06 even on cemented carbides. On top of these, there are three machines for die-sinking and three HSC milling machines – also state-of-the-art. By using innovative tools on its HSC milling machines with high-precision 5-axis operations, eropräzisa executes exceptionally intricate and complex 3-dimensional geometries in materials with hardnesses of up to 70 HRC. Used for this are milling tools that at 80 µm are no thicker than a human hair. 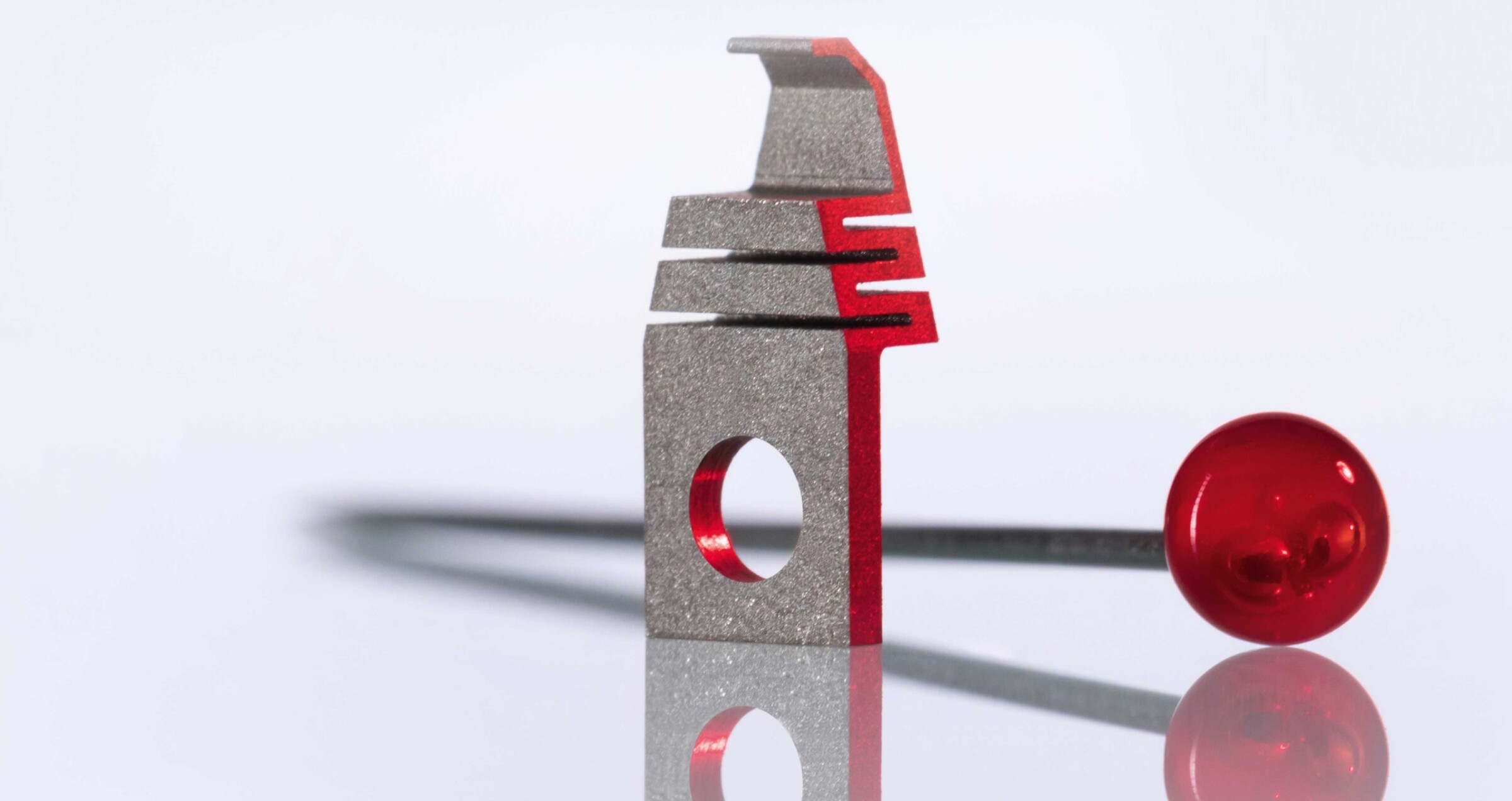 The materials clamped on the machines are also among the finest that the world of metalworking has to offer, e.g. powder metallurgical steel, titanium and Hastelloy. The expertise of the workforce is suitably broad. Each of the total of 18 tool mechanics and technicians is proficient in at least two of the production technologies. At the end of the process chain are high-accuracy measurements. Because a tactile measuring machine at some point no longer met requirements, an optical one was purchased in addition. 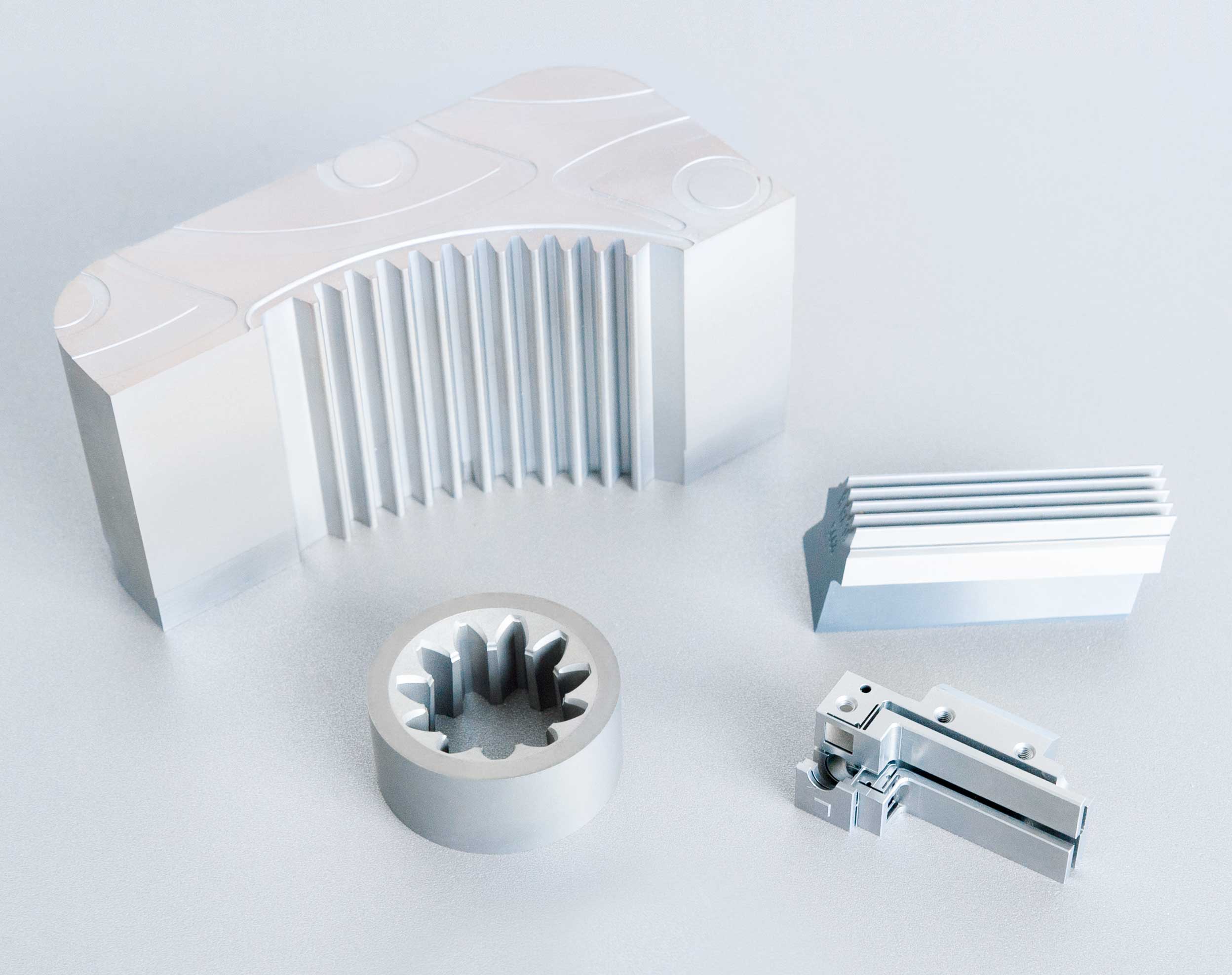 It all started with a simple component
eropräzisa has taken some time to get where it is today. Richter and a partner did indeed set up the business in 2002 with the aspiration to be a subcontractor in the high-end range. But business at the beginning was entirely different. “I remember our first job very well. It was a simple component worth 70 euros,” says Richter with a smile. However, the business wasn’t founded out of nothing. Richter himself is a graduate engineer, a toolmaker and design engineer by training, and spent many years getting to know the EDM sector as a sales employee of a major machine manufacturer.

He eventually became sales manager. “And then I was offered the chance to set up my own business as a dealer for EDM systems in central Germany,” says Richter. Subcontracting was to be an additional line of business, another being the sale of clamping tools. Over the years, high-end business picked up. “We’ve grown step by step into this area. This was of course mainly driven by customers wanting ever higher levels of quality. With the most advanced machines and thinnest wires, it’s also feasible,” says Richter.

His partner left the business in 2015. Richter and his wife Manuela bought up his shares and merged the business areas. Subcontracting, the dealership and clamping systems are now united at eropräzisa. While Thomas Richter is responsible for operational business, Manuela Richter is in charge of clamping systems, project management and marketing.

Its organisation is also high-end

In the subcontracting sector, eropräzisa today enjoys a Europe-wide reputation for its high-end metal components and subassemblies. Its vertical integration is far-reaching, covering the entire process chain from the idea, design and production of quality parts through to the construction of subassemblies. Its work organisation is also highly advanced, with all processes being fully digitised. “What we in the design department produce on the monitor with CAD/CAM software can be transferred by the toolmakers straight onto their screens,” Project Manager Steve Schmeier explains. 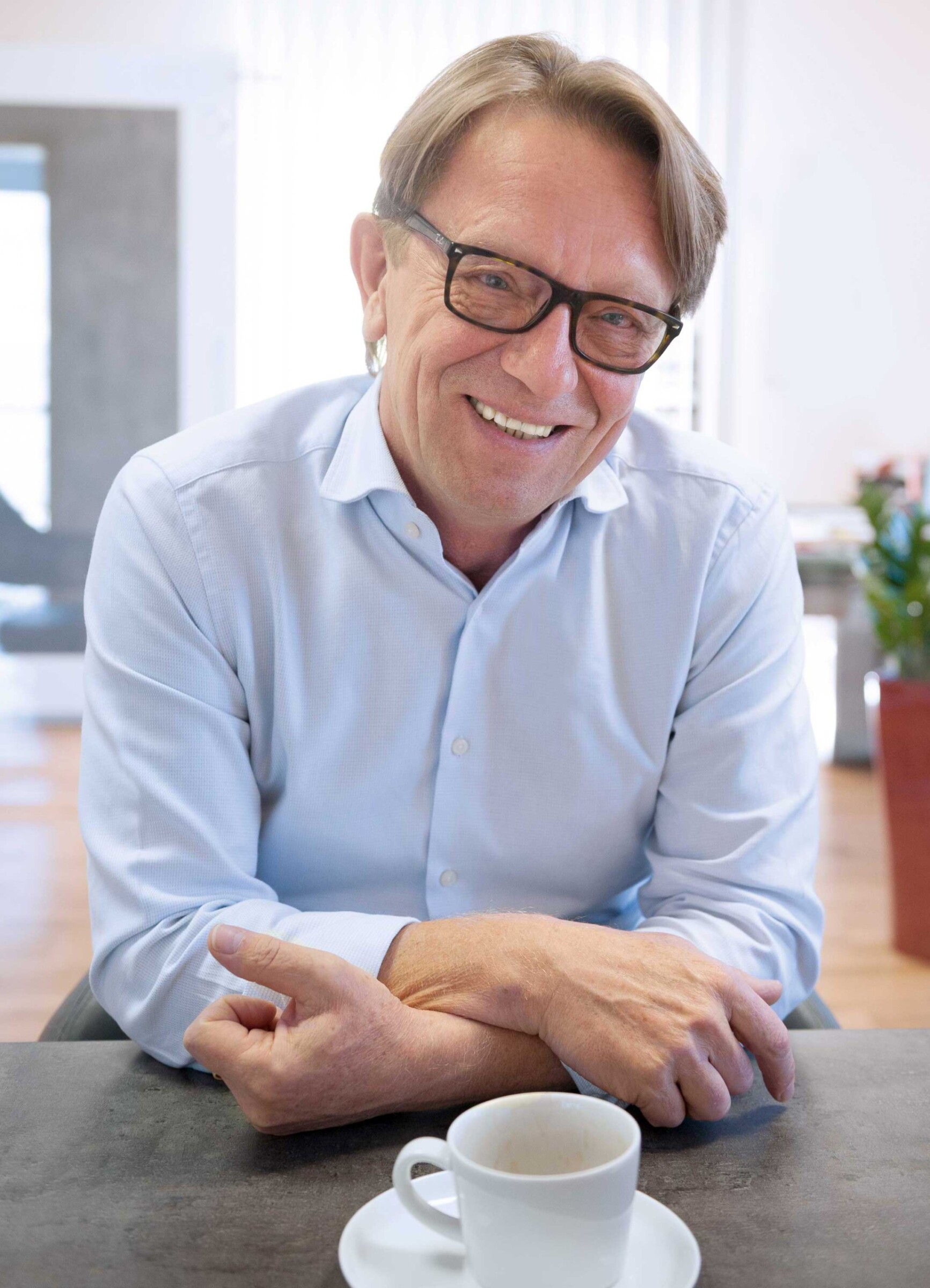 Even skilled tool mechanics are often unaware of everything that’s possible with wire-cutting machines.

At two workstations in the shop the toolmakers process the data for the wire EDM systems. The finished programs are then sent online to the machines. Management software additionally supplies all the information required for production, such as which clamping tool is needed and in which drawer of which tool cabinet it can be found. Each piece of equipment has its own serial number, and everything has its fixed place.

To maintain their high standards, all employees attend training and further training, in some cases several times per year. Another important element is the replacement of machines at relatively short intervals. The machines in production are rarely more than 6 years old. In other words, a machine is replaced at eropräzisa almost every year. “If we want to stay high-end, there’s no alternative,” says Thomas Richter.

New wires to minimise workpiece contamination
Today, eropräzisa is itself advancing the high-end range as a technology developer. Several projects are currently underway, although Richter admits that he’s unable to give precise details for reasons of confidentiality. But one project he does mention: “We’re currently investigating how workpiece contamination during wire-cutting can be minimised. We’re performing tests with various novel wire types. The goal is to exclude the contamination of the workpiece, as happens due to copper particles from standard grades of wire.” So it looks like the future of high-end EDM could soon be coming from Hermsdorf.