Problem solvers from the world of plastics

At GBM Kunststofftechnik und Formenbau GmbH, moulds not only have to be produced with precision, but also efficiently, and the parts also have to satisfy aesthetic requirements. With a new MV2400R they are succeeding magnificently. 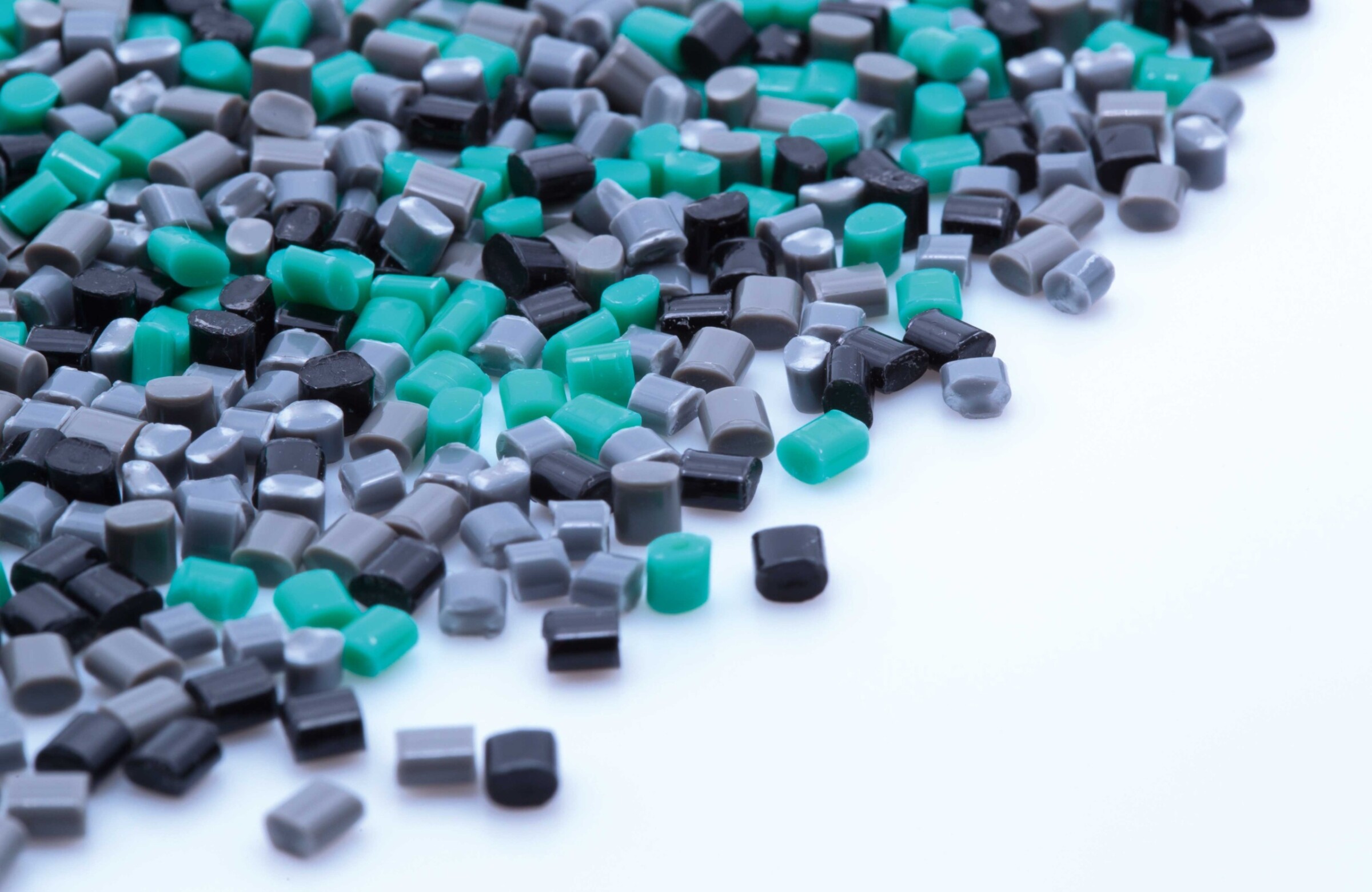 Problem solvers from the world of plastics

At GBM Kunststofftechnik und Formenbau GmbH, moulds not only have to be produced with precision, but also efficiently, and the parts also have to satisfy aesthetic requirements. With a new MV2400R they are succeeding magnificently.

Problem solvers from the world of plastics.

With an elemental force of up to 2,500 bar, the injection moulding compound is pressed into the mould. This is repeated every 20 seconds and a new plastic part sees the light of day. “These are connectors for vehicles,” says Roland Barth, speaking above the noise in the production shop. The managing director of GBM Kunststofftechnik is noticeably satisfied, and he also gives the reason: “The mould has minimal play and a gap of only a few micrometres; its shaping elements are made of high-alloyed tool steels such as 1.2343ESU and 1.2712 (hardened to 54HRC), while the mould base consists of unalloyed tool steels or higher-grade nitriding steels such as 1.2738.
A total of 35 injection moulding machines can be found in the halls of GBM, which is located in the small Austrian town of Mattighofen near Salzburg. Be it parts for cars, medical devices or telecommunications equipment – there is very little that GBM cannot mould in plastic. Customers know that too, and word gets around. It almost sounds a bit arrogant, but the fact is: “We don’t do classical marketing as it’s never worked for us,” says Barth. No newsletters, no post-mailings and no other campaigns to attract business. “New customers come because we solve the problems of existing customers and do our job well,” says Barth. 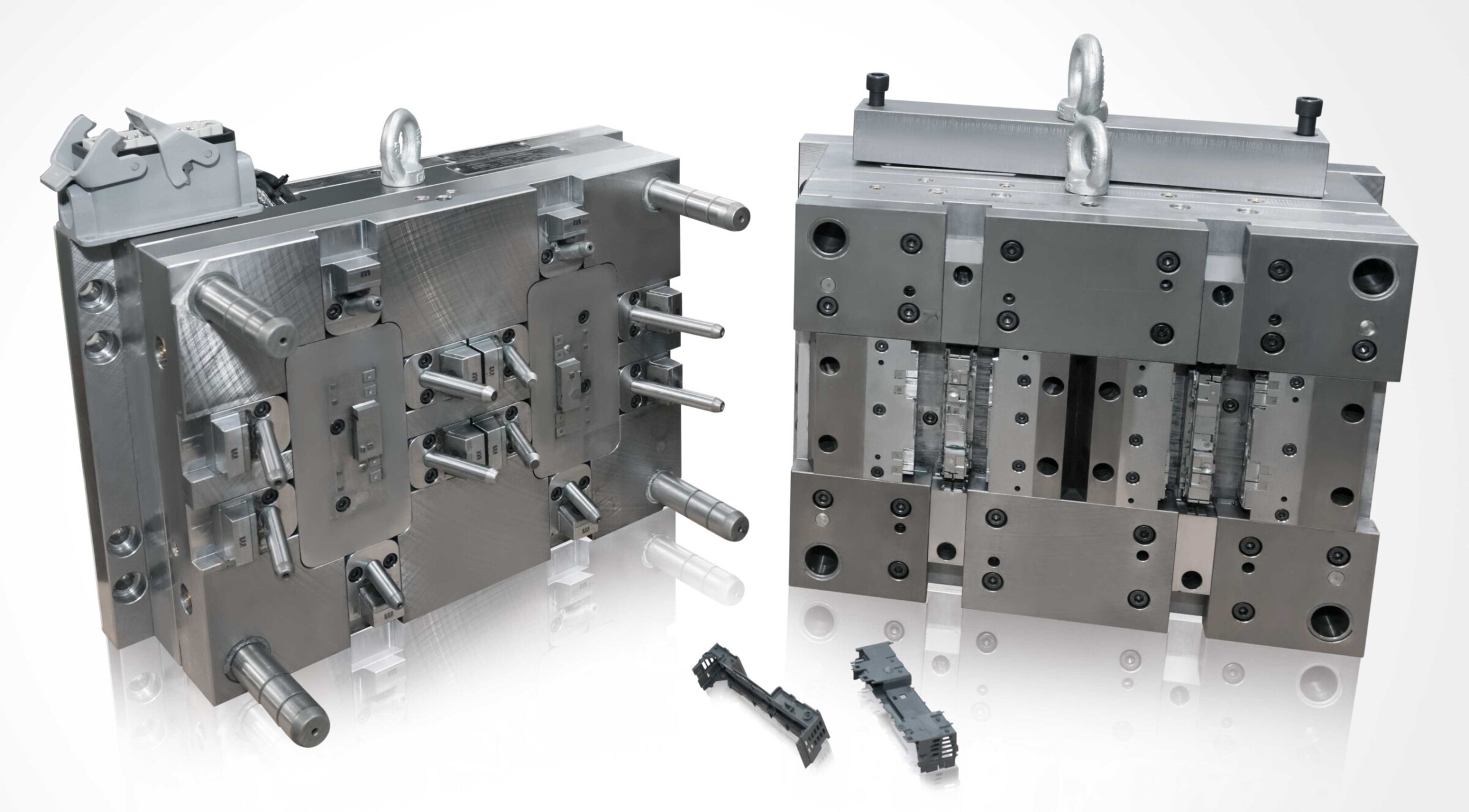 An injection mould for components of an industrial control system with two cavities and heated melt guidance system. The movable elements form a tight seal in their end positions.

In this way, one thing leads to another, or to be more precise, one customer to another. In this way, GBM has acquired an abundance of references. Car companies are just as much among them as are major players in the electronics industry. “Vehicle charging equipment is an area that is currently developing very strongly,” says Barth. Extremely complex shapes are created for this – to produce wall boxes, for example, the compact e-charging stations for the house wall.

From a garage business to an international player
It all started in the proverbial garage. This stood alongside the house of the founders Georg and Wilma Barth, the parents of today’s managing director. A shed was used as a store-room back then. Today, GBM occupies a total of seven large halls – and is no longer just a Tier 2 or 3 supplier of injection mouldings and/or subassemblies, but a problem solver with decades of experience. The consequence of this approach to business is that “We need machines that help us to tackle our customers’ problems and implement their wishes,” says Barth, outlining the requirements in a nutshell. To meet this ­demand, GBM recently purchased an MV2400R Connect from Mitsubishi Electric. “We had already gained a very good impression in preliminary talks,” says Barth looking back. A competing machine was also up for selection. The decisive factor was discussions with tool- and mouldmakers in the area. “Colleagues in the industry had nothing but positive words for Mitsubishi Electric, without exception,” says Barth. Added to this was the good reputation of the global player from Japan with more than 30 years of experience in the EDM sector. 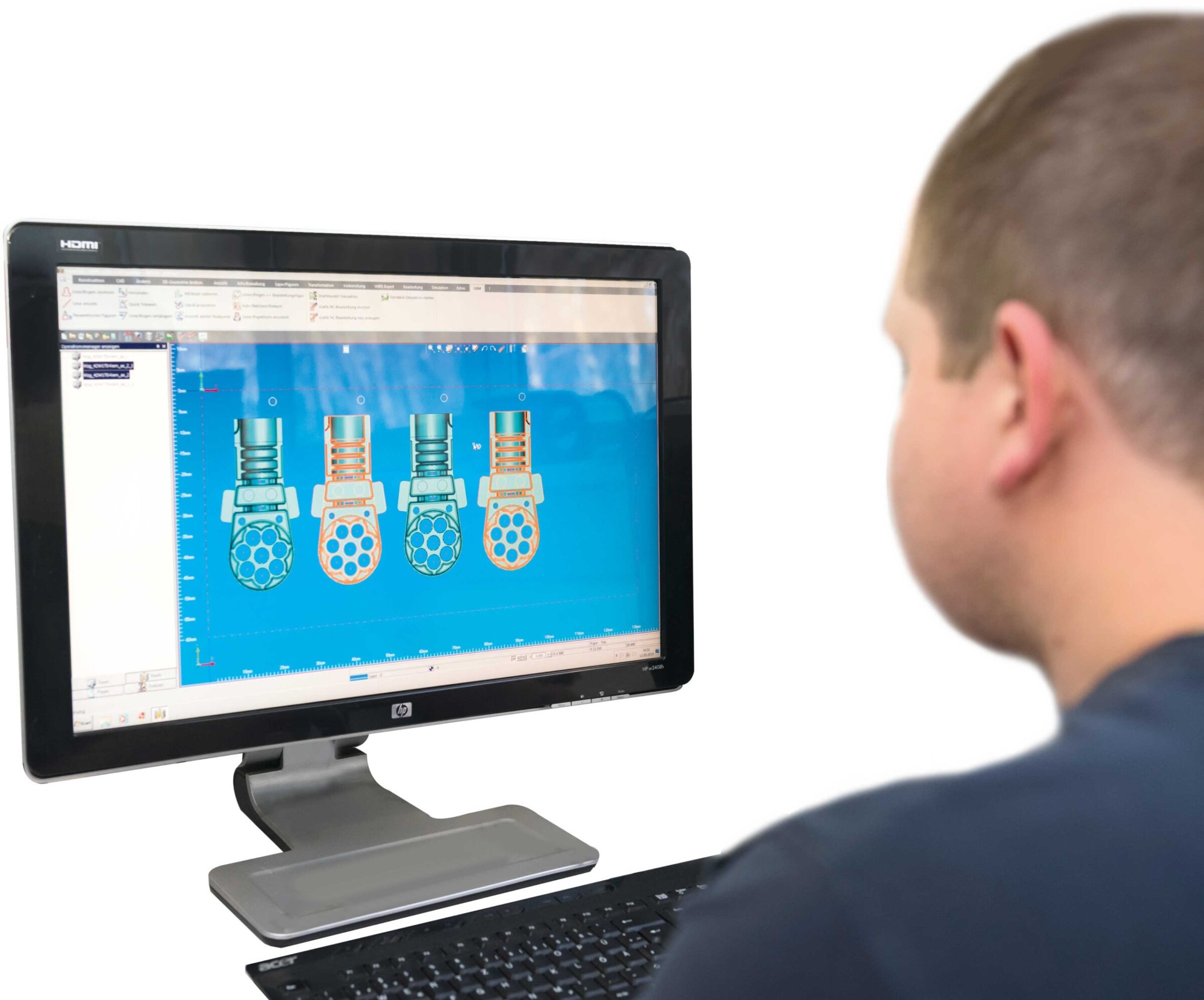 CAD-CAM preparation of the cutting programs for transmission to the MV2400R. The inserts of a mould for connectors on the wiring harness of an electric vehicle are machined here.

More than 30 years’ experience in the EDM sector.

The machine has been in operation for a year now, and the very good first impression has been endorsed, says Barth. At GBM, the EDM system is used almost exclusively for producing moulds for injection mouldings. “We use the machine for longer than a typical jobshop. It was therefore important to us that the technology does its job reliably and with precision over a prolonged period of time,” Barth explains. Another requirement was that the machine should go into production within the shortest possible time. “We can’t afford to try things out and make trial parts,” says Barth.

Mitsubishi Electric also made a precision landing in this important area. And this although, for Daniel Mühlbacher, a toolmaker at GBM, the encounter with the world of Mitsubishi Electric was initially a culture shock. “Our previous EDM system from another manufacturer had been in service with us for many years,” he reports, so the usual routines were no longer applicable. However, it quickly became obvious that the shock was entirely positive. Mühlbacher spent a few days at the headquarters of Mitsubishi Electric in Ratingen for a seminar. “Then I was able to work productively straight off and was also able to teach my colleagues how to use the new technology,” says Mühlbacher, who is extremely impressed with both the MV2400R Connect technology and the user interface. 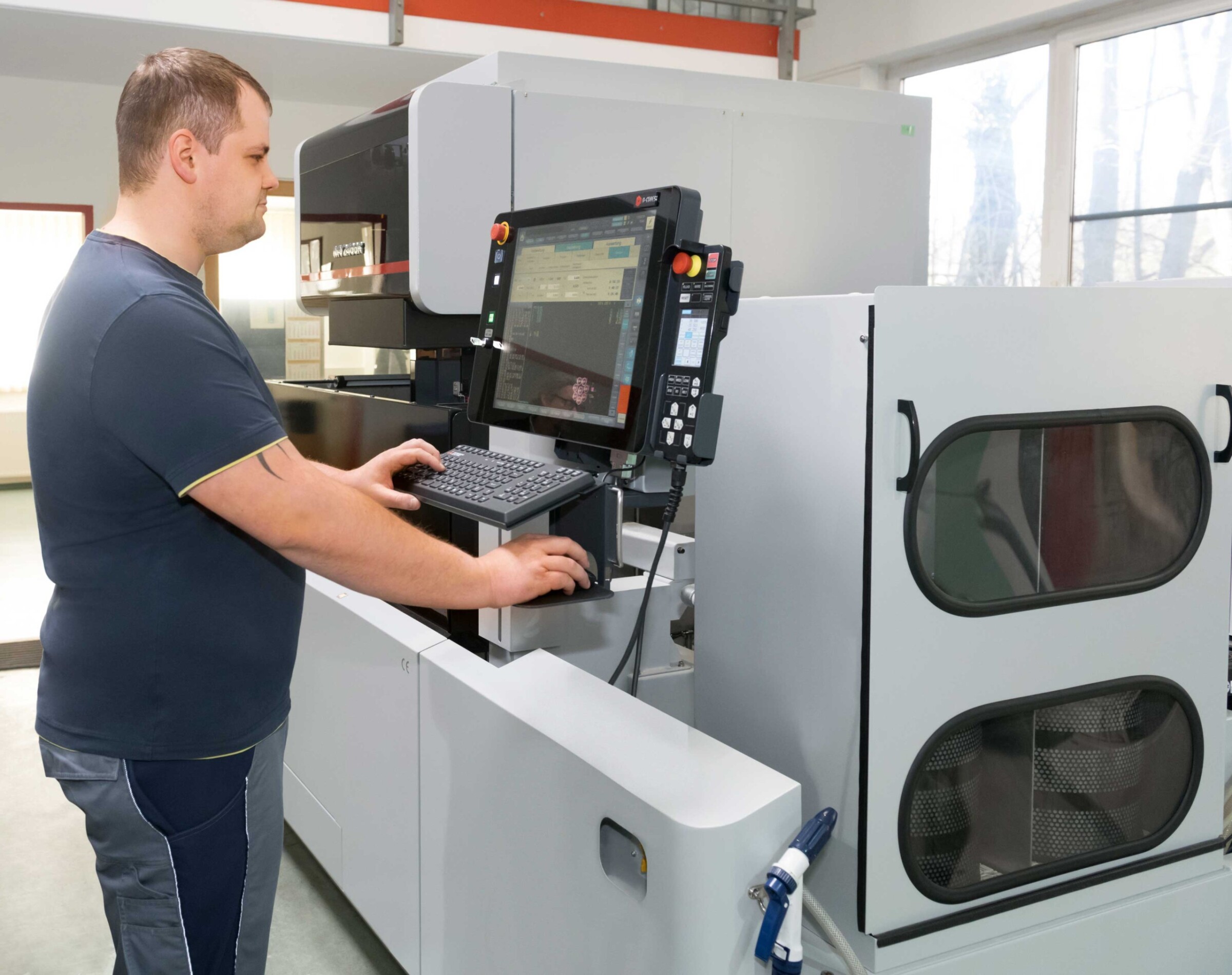 In addition to machine’s fast cutting speed, the quality of the surfaces is an important factor for the Austrian firm. “Very often, the surface properties of the cut contour strongly dictate the demoulding properties of the ­injection-moulded component. Good and reliable ­demoulding is the key to safe and capable processes,” explains Barth. The decisive factor is how much has to be reworked after the cutting process. “This is of course a key cost issue. With the new Mitsubishi Electric machine, costs have also developed very positively,” says Barth. Since the machine runs most of the time without operating personnel, the automatic wire threading feature is of immense importance. “We can simply rely on the fact that if a wire should break, the machine will resume working automatically. And not only at the start hole, but also in the workpiece,” says Barth.

And, finally, the human factor also came constructively into play. Barth was assisted by Daniel Rieder, specialist consultant at machine wholesaler Büll & Strunz, which has been working exclusively for Mitsubishi Electric on the Austrian market since 2016. “The chemistry was right,” says Barth, describing their good relations.

We have a very broad customer portfolio for which we need highly complex moulds and in some cases develop special solutions. We’ve got a broad set-up.
Roland Barth, Managing Director of GBM Kunststofftechnik und ­Formenbau GmbH

If Barth had to draw a first conclusion, it would look like this: “For us, the investment was important so that we can produce moulds faster than ever now, and their surfaces do not have to be reworked.” At present, he is unable to foresee what further advantages the new EDM system might have in store. “I wouldn’t say that we’ve achieved the maximum in this short time in terms of what the machine is capable of. 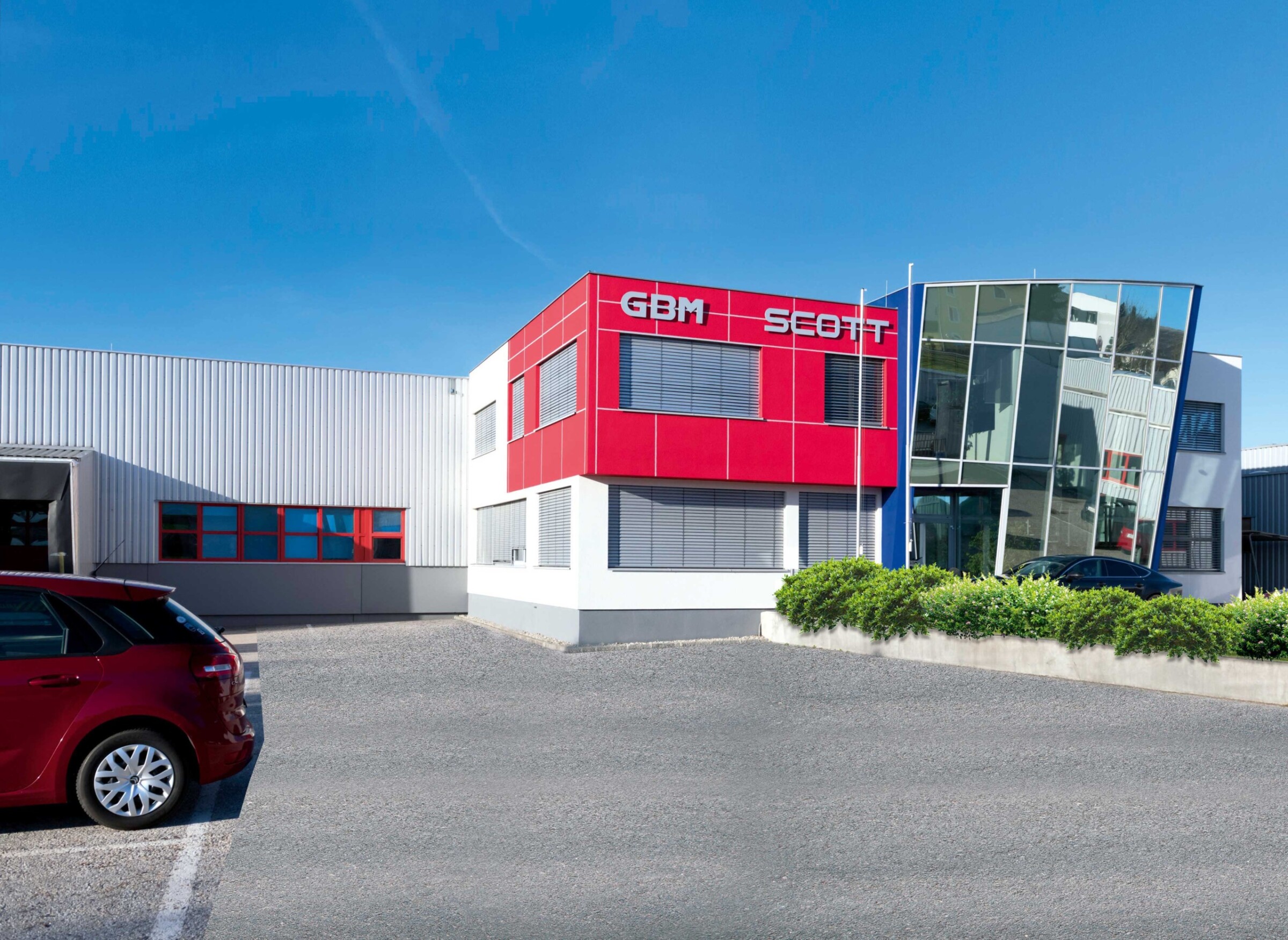 “But one thing is certain: we want to continue to grow and the machine will support us in our efforts,” says Barth. He therefore deliberately opted for a larger machine, which is also equipped with the new D-CUBES interface. “Here I see a lot of potential for exploiting totally new possibilities in the future when producing moulds for our injection mouldings.”

Core business:
Production of injection moulded parts and systems as well as moulds and tools for companies in the automotive, electrical, electronics and medical technology sectors.