Markets and technologies are subject to constant change. Only those who are willing and able to adapt to changing requirements and acquire new skills in good time will survive. AMB near Paris is no exception. 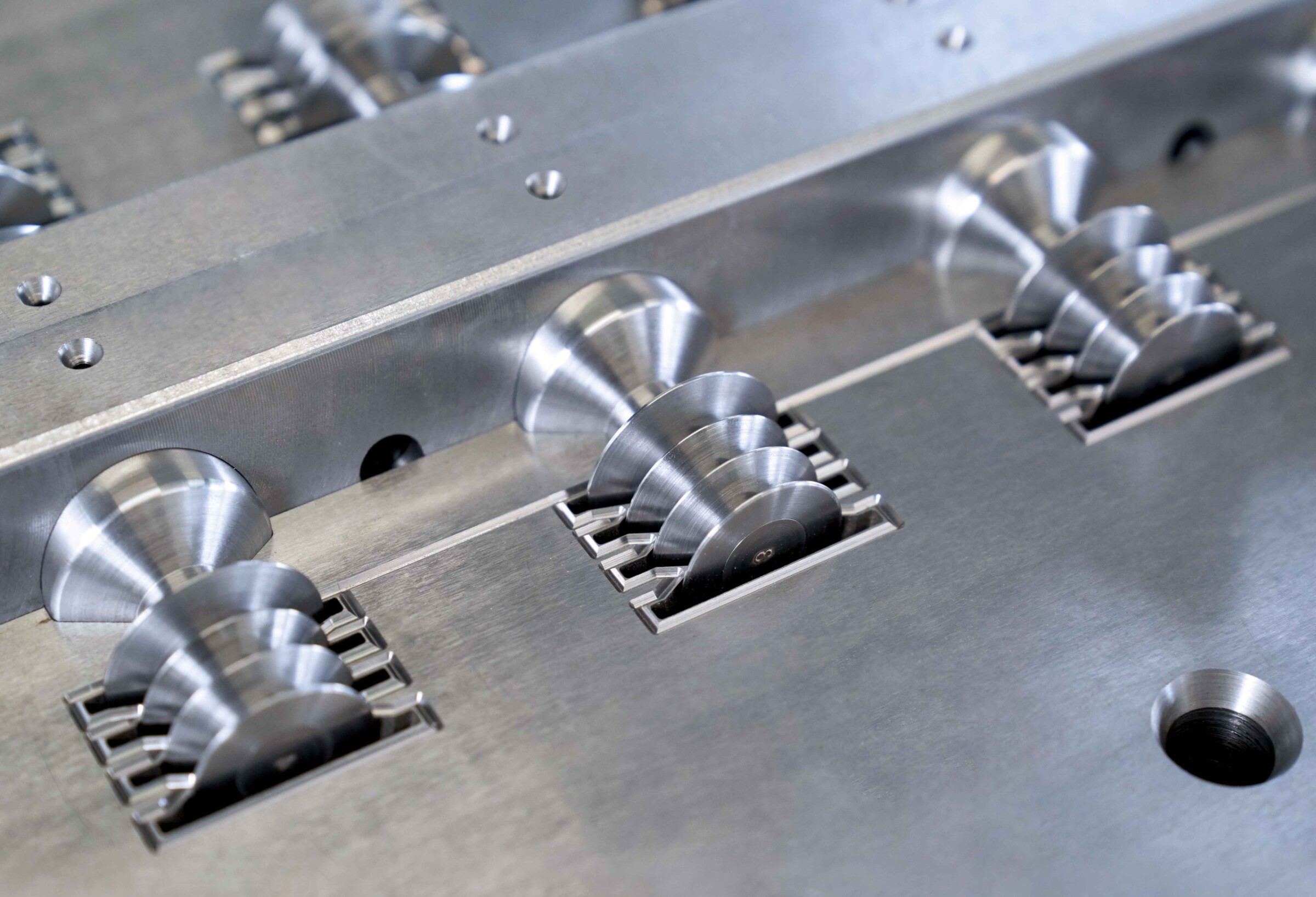 Markets and technologies are subject to constant change. Only those who are willing and able to adapt to changing requirements and acquire new skills in good time will survive. AMB near Paris is no exception. In the face of shrinking demand for rubber injection moulds, the company has been adding precision prototypes and mechanical components for a wide variety of industries to its portfolio. What experience has it acquired in this context with Mitsubishi Electric electrical discharge machining systems?

”We have developed from a maker of rubber moulds into a precision mechanics specialist in high-accuracy prototypes and mechanical components,” explains Jacques-Henri Miguet, second-generation managing director of AMB in La Ferté Alais (France). For its original main business – complex moulds for the production of rubber parts by injection moulding – demand has declined steadily over the decades, which is why it is now the last company in a large area to produce such moulds at all. Although it continues to successfully serve this market, its main focus is now on numerous top industries such as aerospace, automotive, shipbuilding, the oil industry, motor sports and electronic/electrical engineering. For these it produces complex, high-precision machined prototypes and mechanical components, in anything from single items to mid-size series. It machines all common metals such as steels with hardnesses up to 62 HRC, aluminium, titanium, bronze and brass as well as numerous important plastics. For this purpose, the company certified to ISO 9001:2019 is fully equipped with modern, CNC-controlled machines such as HSC milling centres and turning/milling centres, wire EDM and die-sinking EDM systems, and 2D and 3D laser engraving machines. The firm achieves machining accuracies in the range of 10 µm and assures quality with a range of modern measuring systems. 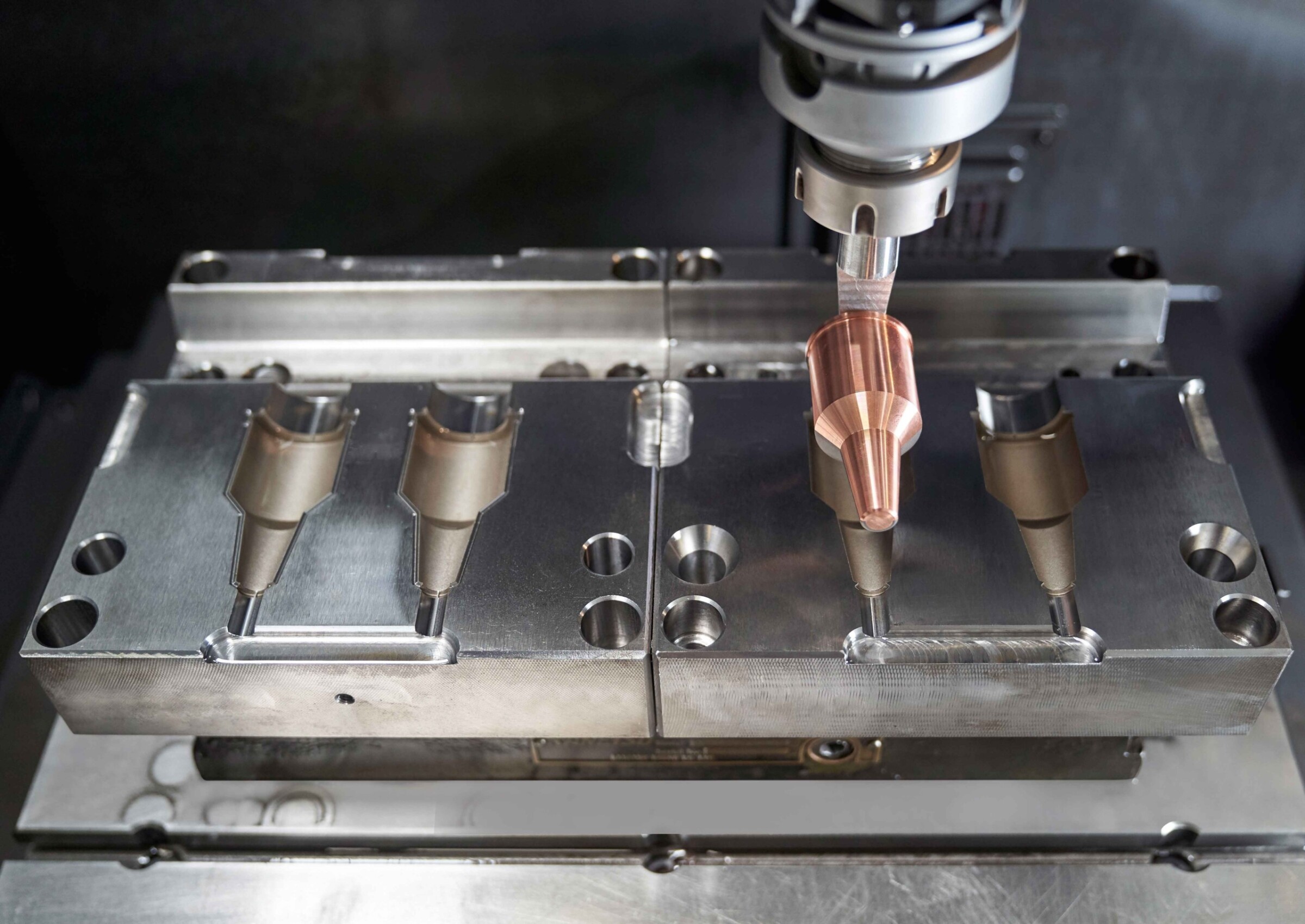 Emphasis on advice and service

“For such orders, advice and assistance in improving the geometry are an integral part of the services we provide,” Miguet adds. This was already an essential part of the package of services for rubber moulds, since here it was not only a matter of the geometry, but also of the process-related design of the moulds, e.g. with regard to their heat management. In such cases, it is sometimes necessary to go with the customer to his own buyers so as to jointly arrive at optimal, reliably controllable solutions. In this context, the business has established a network of expert contacts in the field of rubber materials and their processing so that they can draw on the specialist best suited to the respective task for the customer. This lively tradition of advice and assistance for the customer is also practised with other technologies. At the same time, the employees in production undergo regular training so that they always have full mastery of the latest technology. This results in manufactured parts of superior quality and precision. 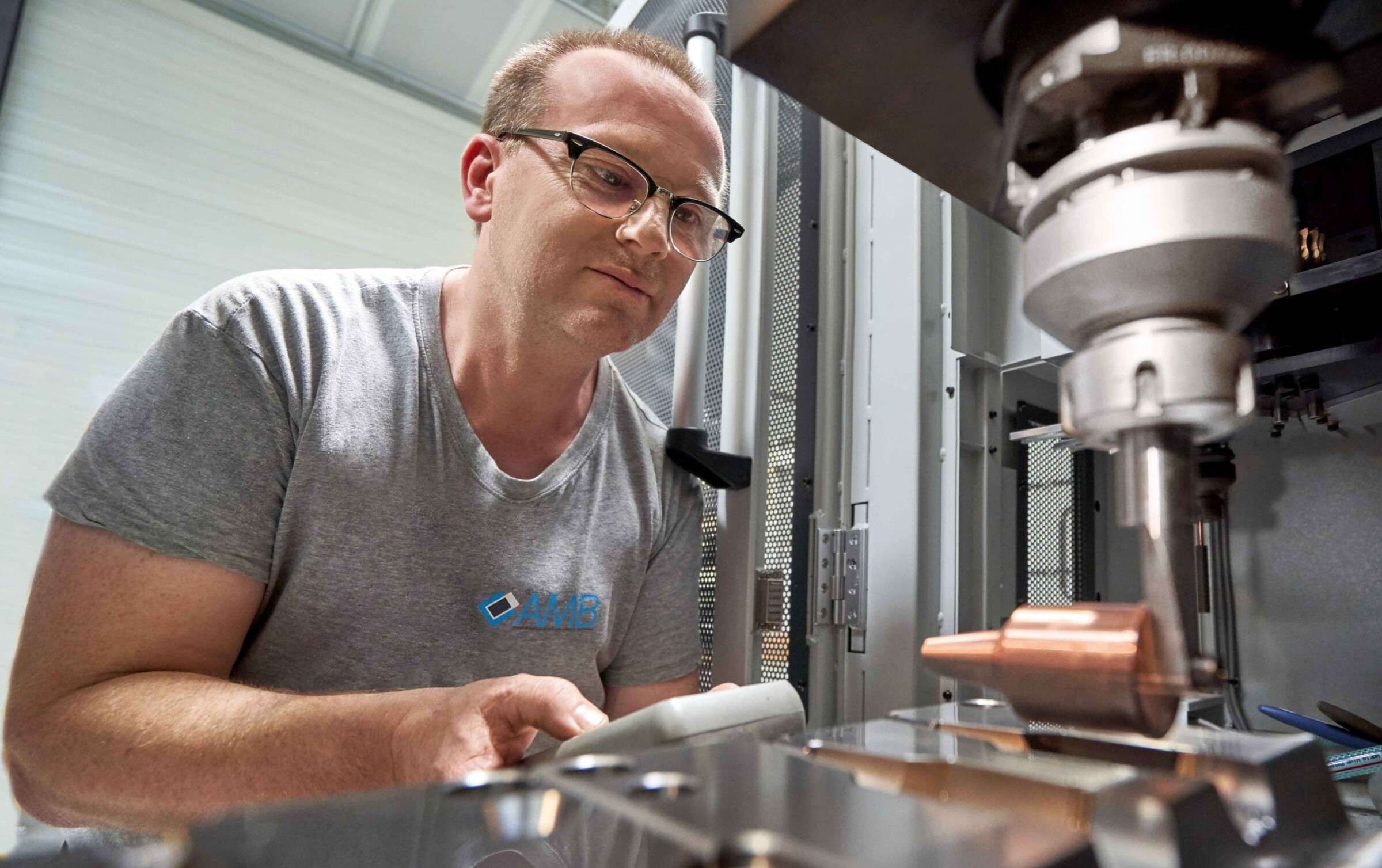 Flexibility in the face of constant change.

“In 2016, we started looking for a new wire-cutting machine because the existing machine from another manufacturer was unreliable and caused excessive maintenance costs,” Miguet reveals. Initially there were discussions with three different suppliers, but the choice quickly narrowed down to the Mitsubishi Electric MV1200R offered by Delta Machines. One important reason for this was that the system accommodates a working height over 200 mm. 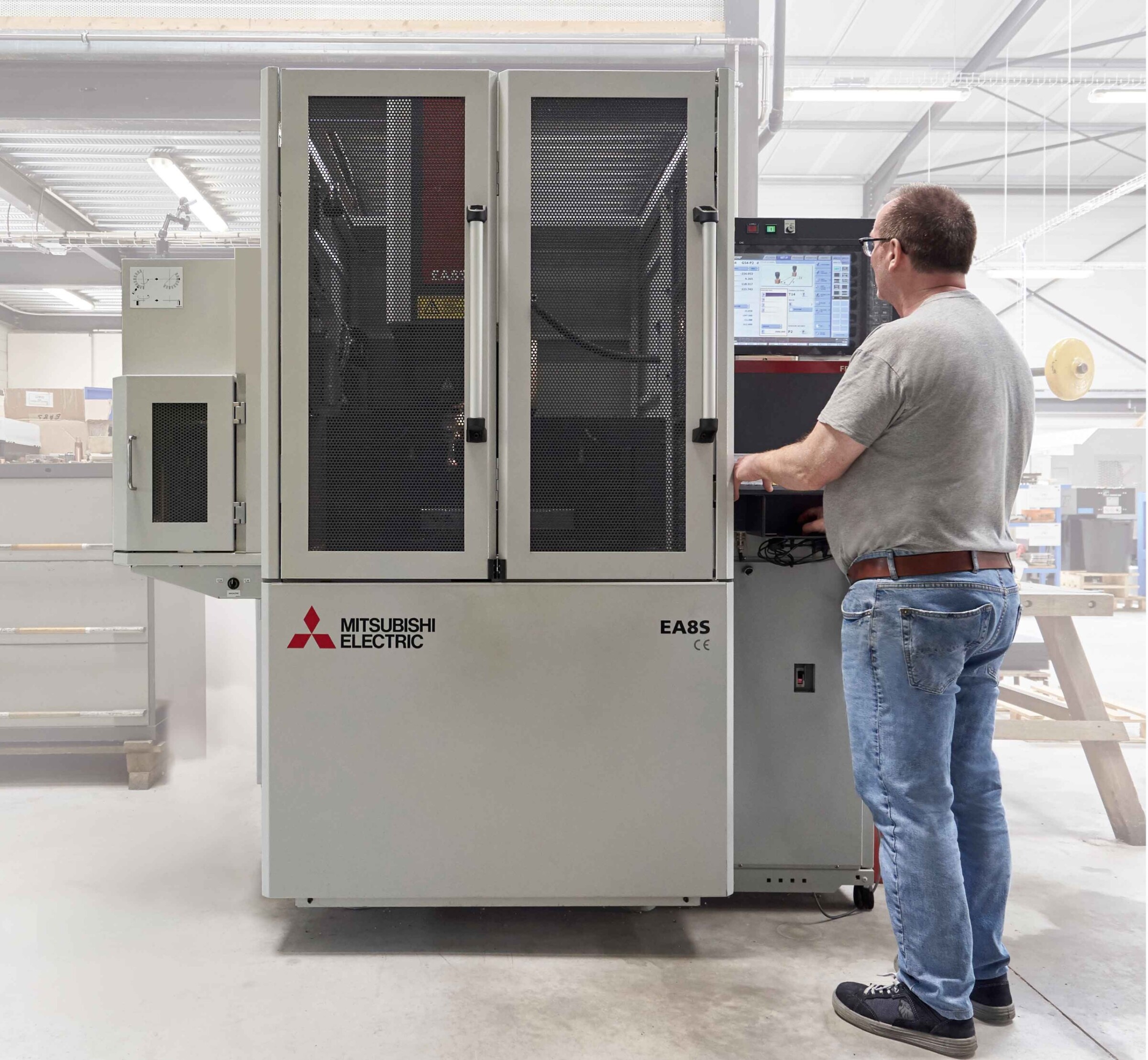 The decision in favour of Mitsubishi Electric was swayed in part by its holding of its “French Days” open day in Germany, during which visitors could witness the system in action, ask any questions they wanted and view the parts produced with it. In the end, the quality of the advice received was what clinched the decision in favour of Mitsubishi Electric. Ultimately a wire EDM system type MV1200R was purchased along with an EA8S die-sinking EDM system. 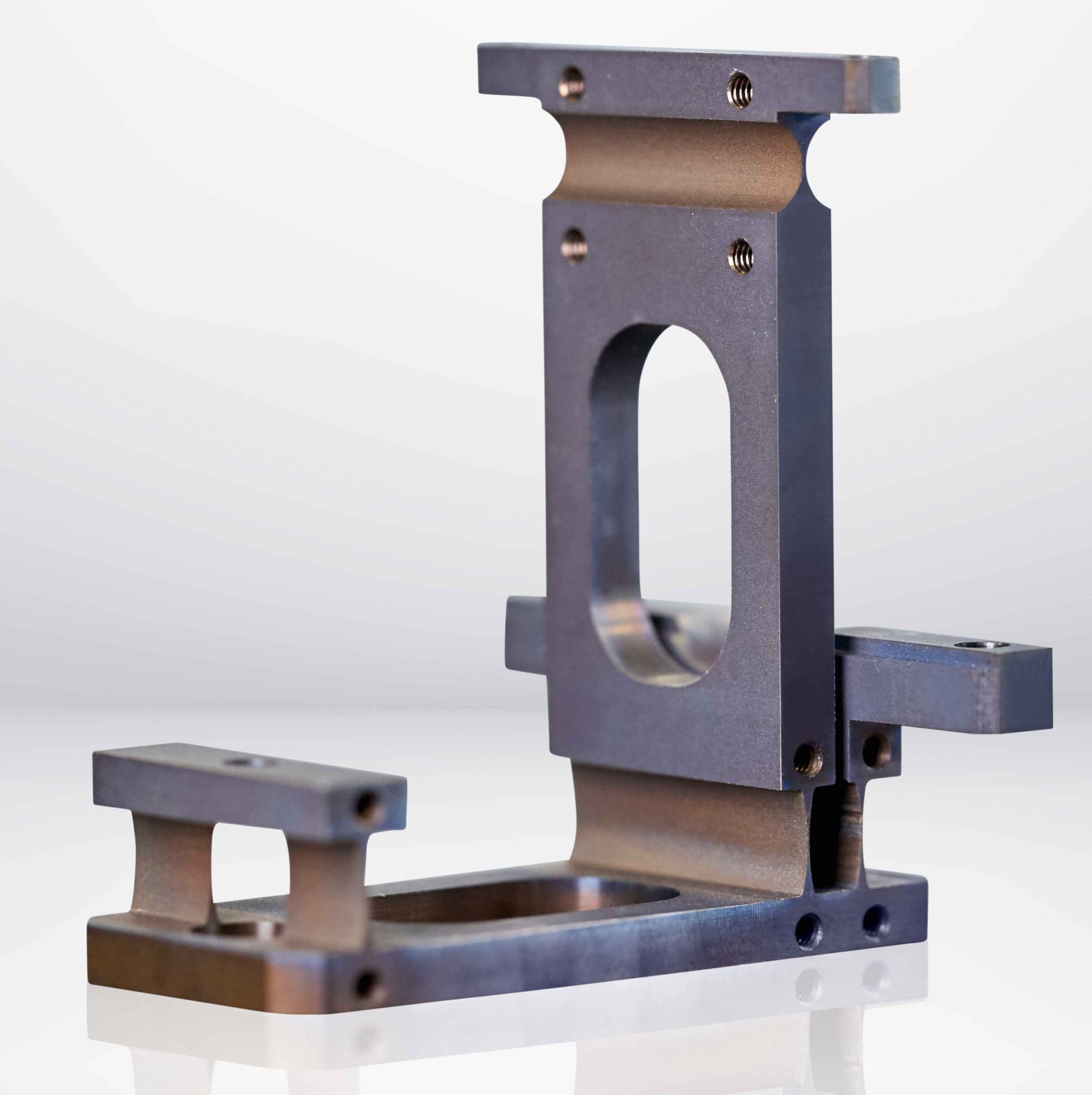 “Our Mitsubishi wire EDM machine works perfectly and delivers everything we expected of it,” says Miguet. The training, which was spread over two courses 2–3 months apart, was very satisfactory, and his staff was soon well able to handle the system. The machine is programmed using NC software written externally with Mastercam CAM. The MV1200R achieves an accuracy of 1/100 mm when used with wire diameters from 0.1 to 0.25 mm, usually with two passes to achieve the best possible quality. In 2-shift operation and with an average spool life of 20 hours, jobs can usually be planned so that the next change falls within an employee’s working hours and the machine runs largely around the clock. In this context, the automatic re-threading of the wire after a breakage, even in the narrowest kerfs, is also very useful. The system is outstandingly maintained by the employee entrusted with it and has been running continuously and trouble-free in the three years since commissioning, and no wear worth mentioning has arisen. The cost of consumables such as filters is in the expected order of magnitude, and cooperation with Delta Machines has gone very smoothly during this time. “If I should ever need another EDM system, I know exactly who to contact,” says Miguet, summing up his experience. 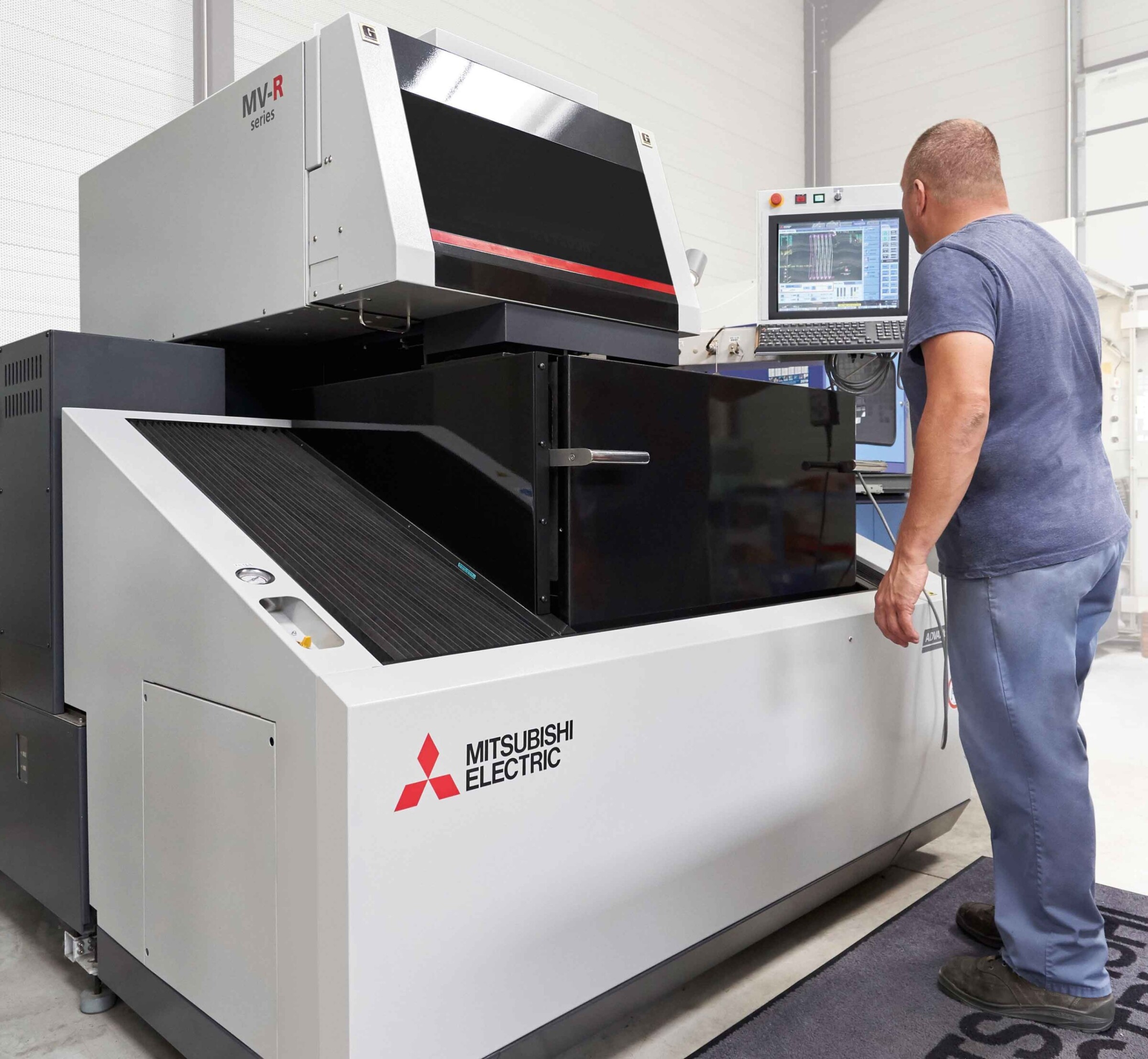 From a mould maker to a precision mechanics specialist. 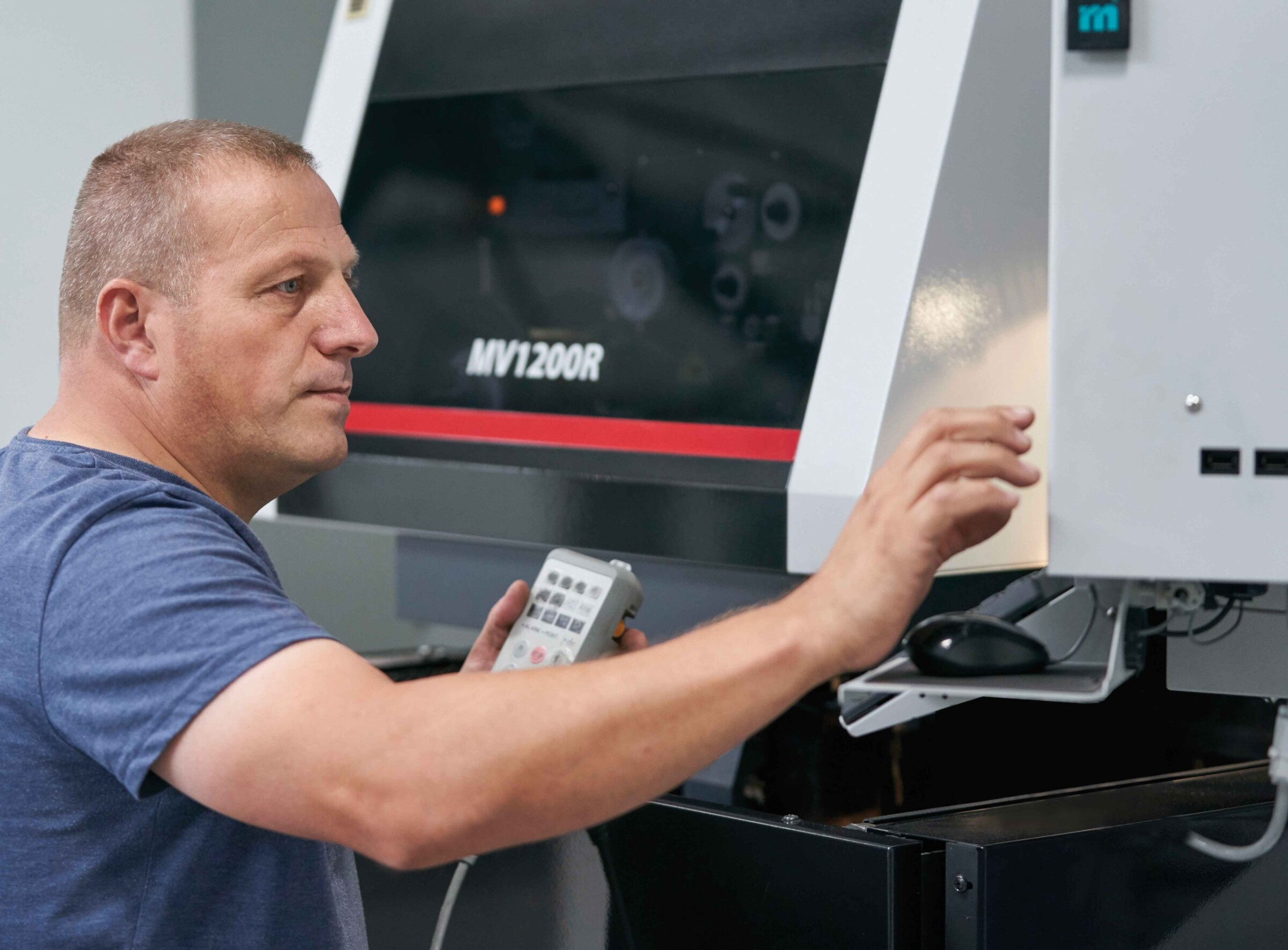 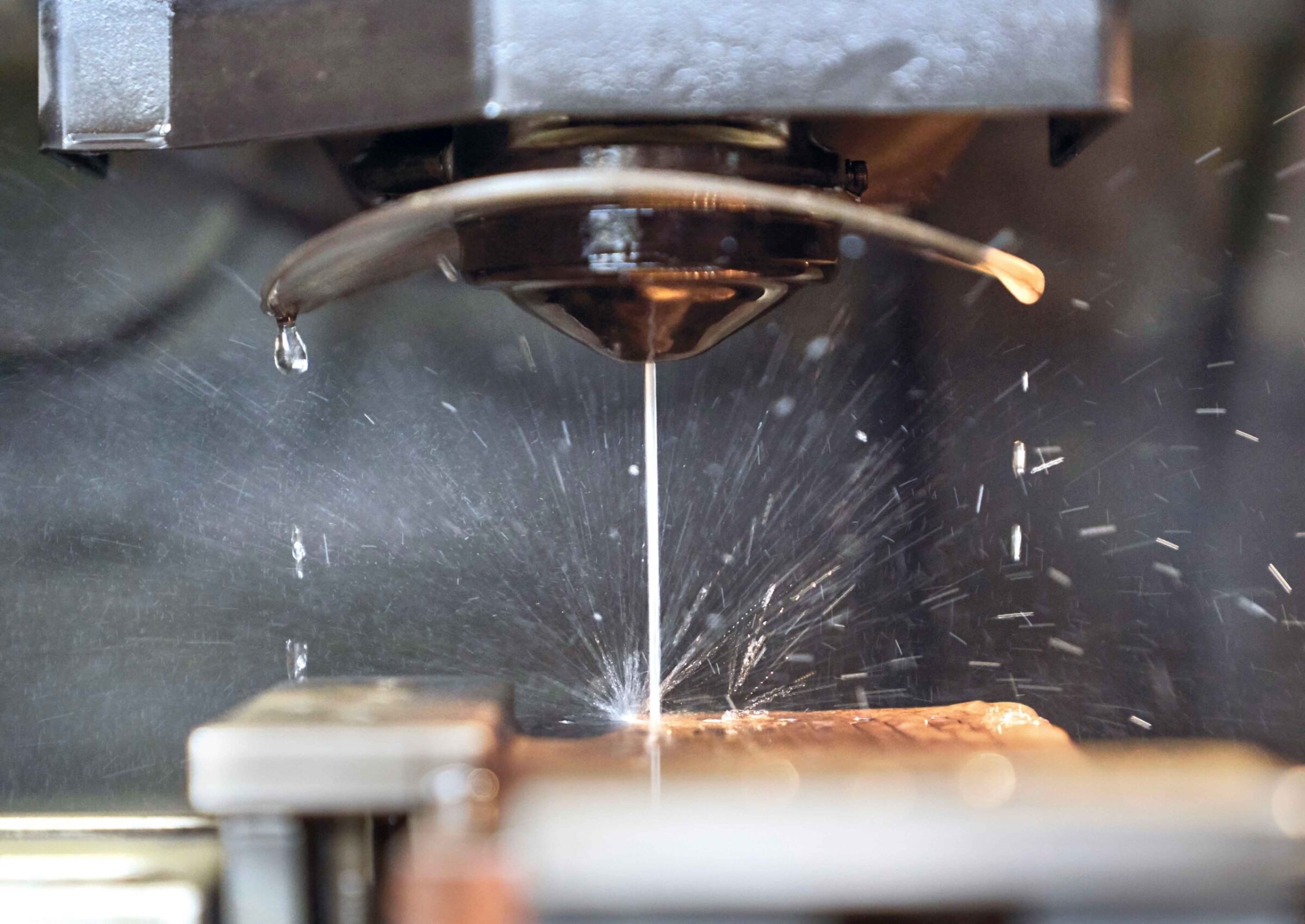 Automatic wire threader of the MV1200R

Our Mitsubishi wire EDM machine works perfectly and delivers everything we expected of it. 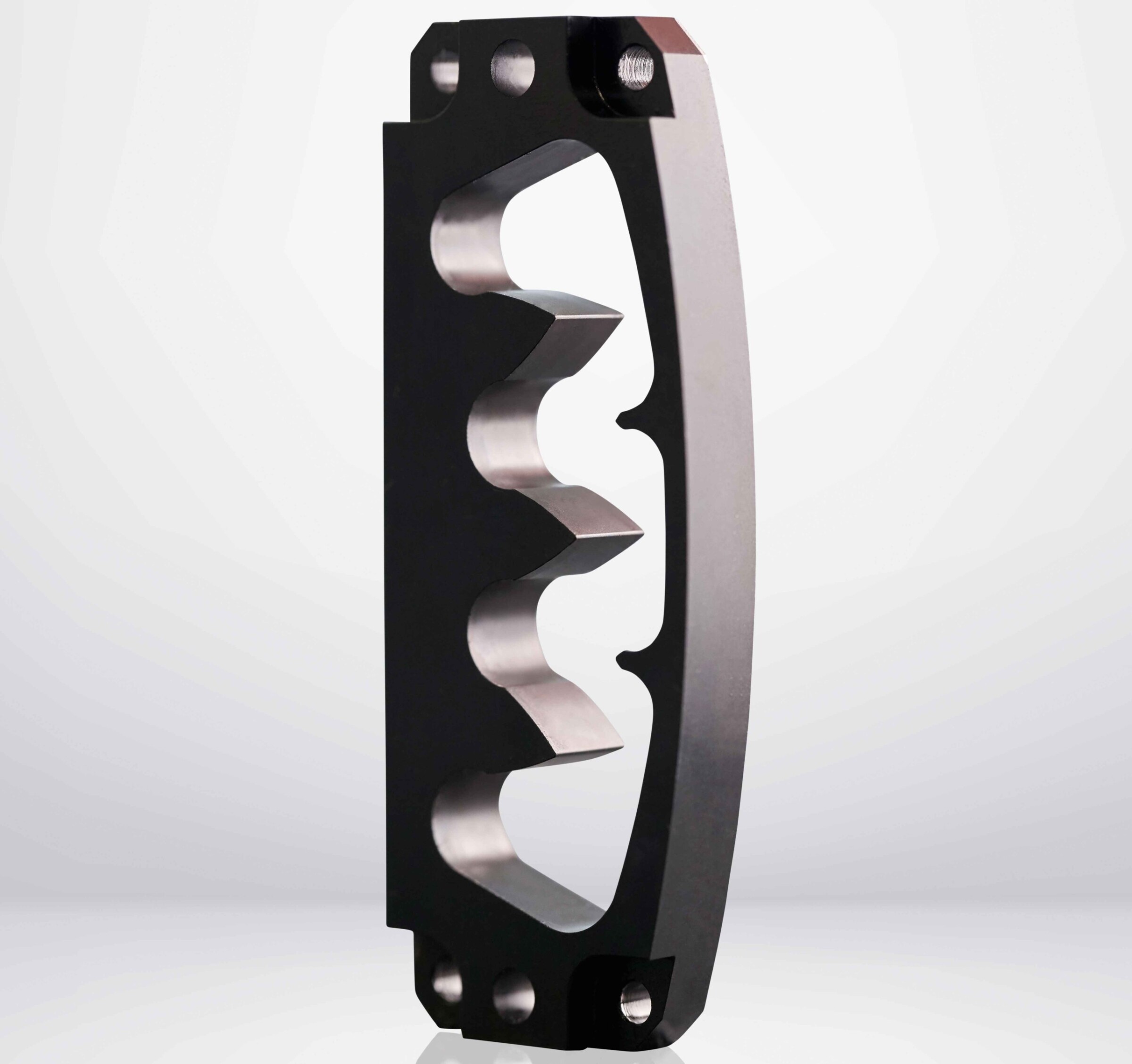 Part wire-eroded because of its 60 HRC hardness 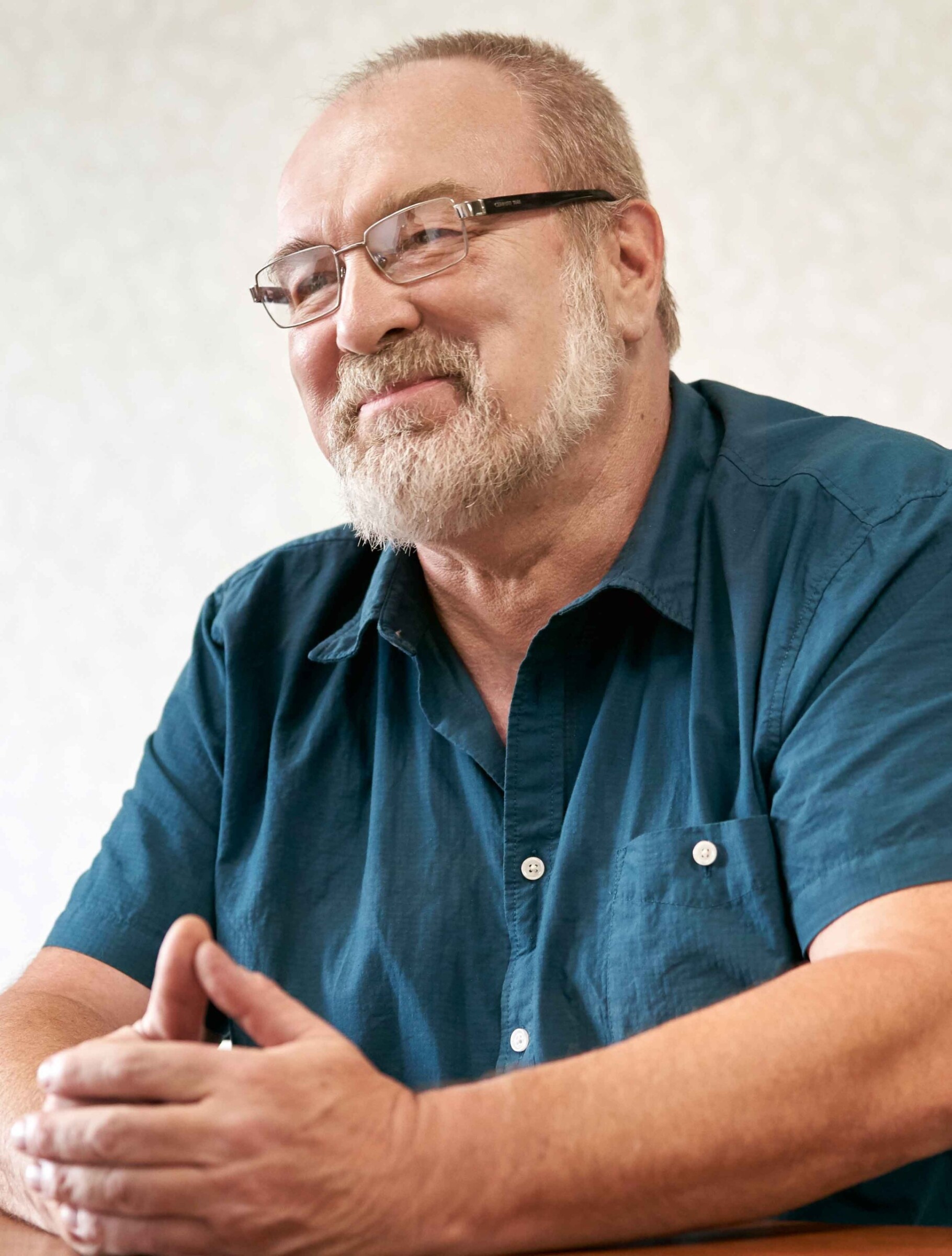 If I should ever need another EDM system, I know exactly who to contact.