Sometimes even tiny parts can be crucial – at least as far as those fastening elements from Springfix are concerned that can be found in almost all cars. EDM systems from Mitsubishi Electric provide the necessary precision during their production. 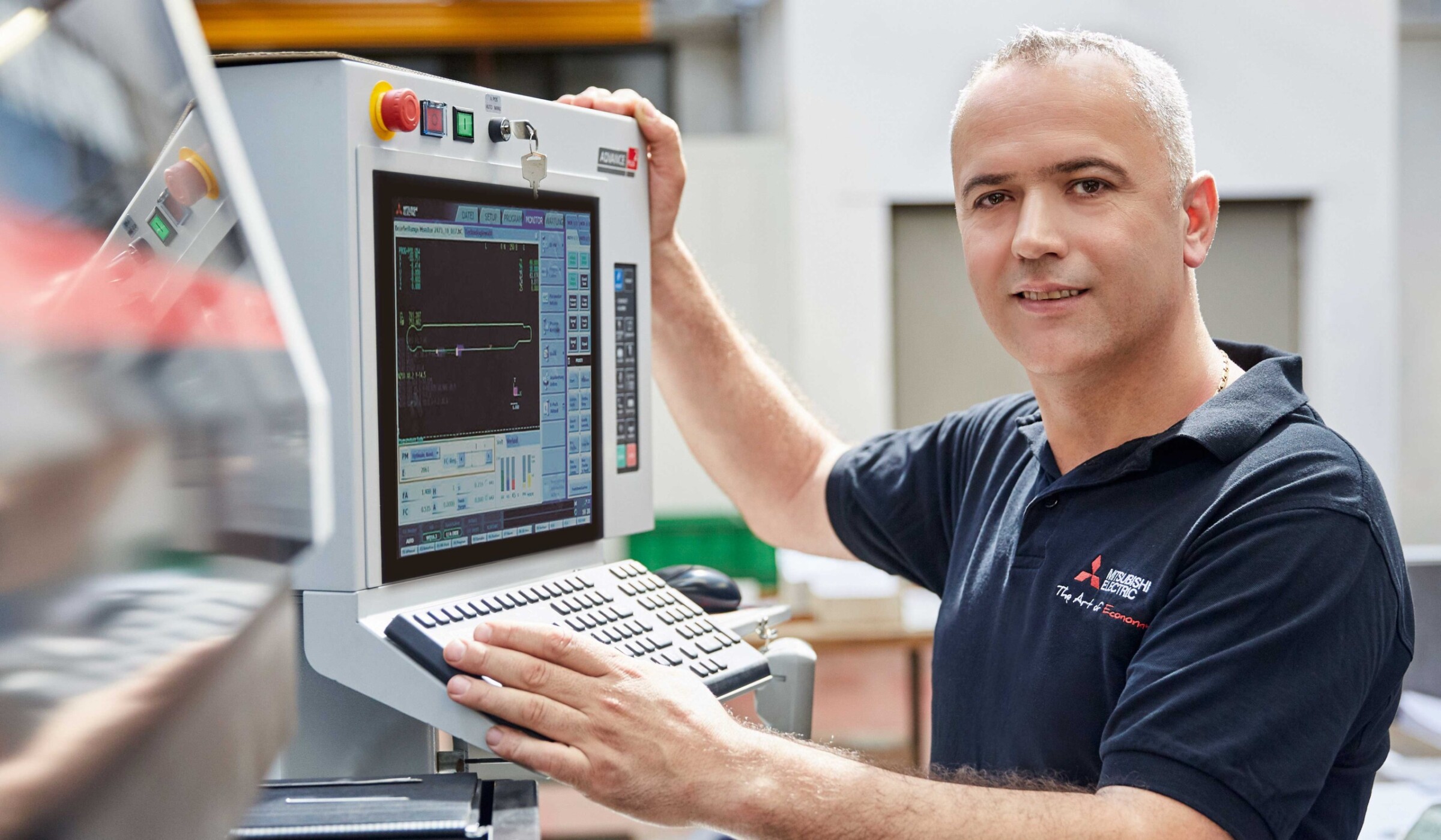 Sometimes even tiny parts can be crucial – at least as far as those fastening elements from Springfix are concerned that can be found in almost all cars. EDM systems from Mitsubishi Electric provide the necessary precision during their production.

Although a car would not exactly fall apart without Springfix parts, the company’s product range ensures that many components are securely fastened in the car. “Some of these parts can be found in large numbers in cars – more or less in all places where two elements have to be joined together,” explains Mursel Jahaj, head of tool-making at Springfix Befestigungselemente GmbH in Salach. These can be clips, handbrake cable connectors, hose clamps, operating levers or load lashing modules. These components not only establish extra-secure and durable connections, but also perform further functions as well. Usually the client specifies the forces for assembly and disassembly, whether a connection is to be detachable or whether additional support is necessary. Very few vehicle owners ever spare a thought for these components, although they would immediately notice them on one count in everyday motoring: on the road, possibly as a result of slight deformation of the body, such joints may generate noise – something that is to be prevented at all costs. And this also has to be taken into account during component development and production. 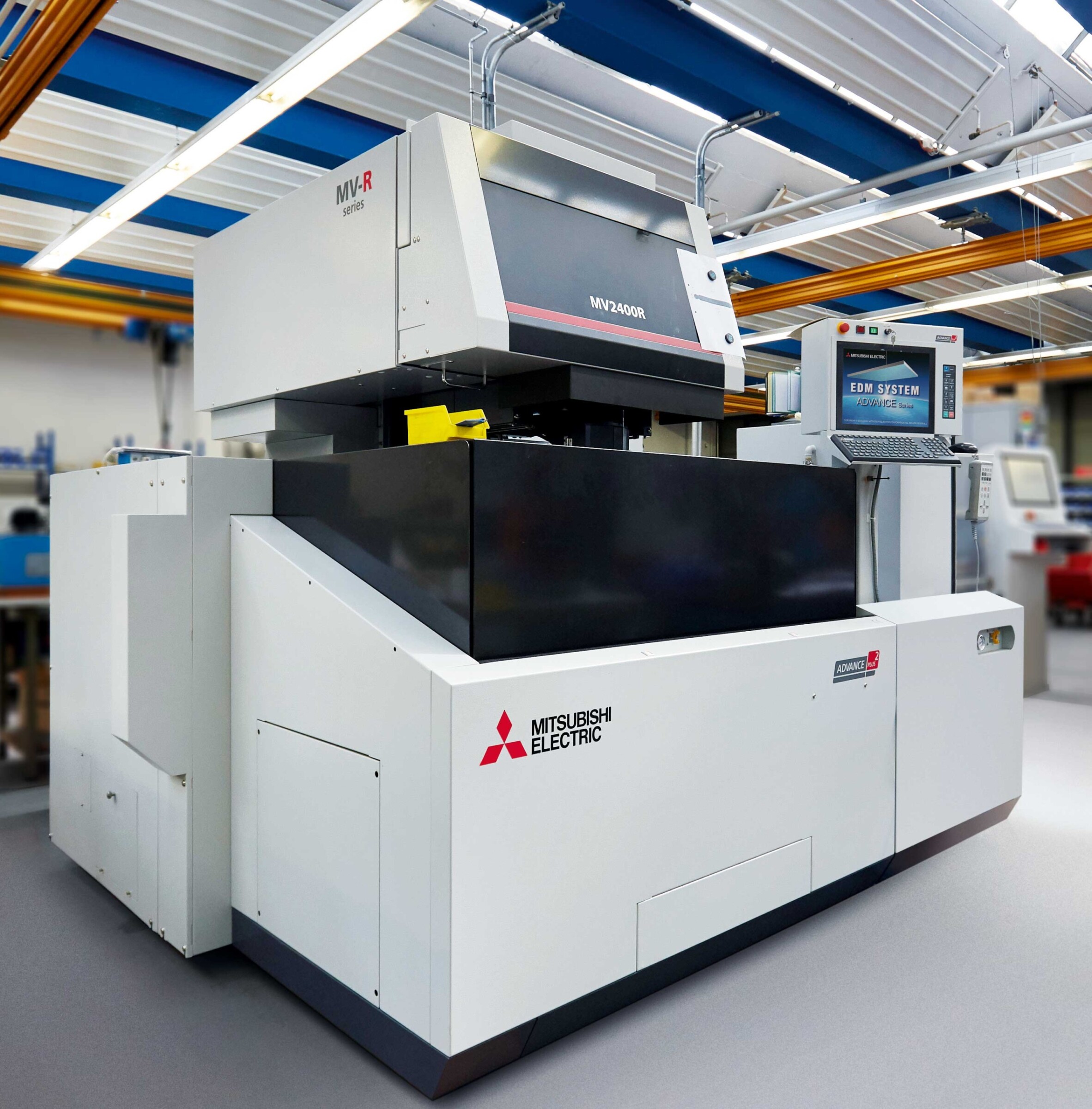 The wire-cutting machine came to Springfix together with the start-hole drilling machine as a kind of “super package” in 2015.

In view of the sheer diversity of cars in the market, it is easy to imagine the enormous range of metal stamped and bent parts, plastics parts and modules. This is also ­illustrated by the number of the necessary machining steps. While there are indeed relatively simply shaped metal elements produced in their millions by one of the over 60 presses in the company, there are also highly complex functional components, made of metal or even of plastic, that require a multitude of machining steps. 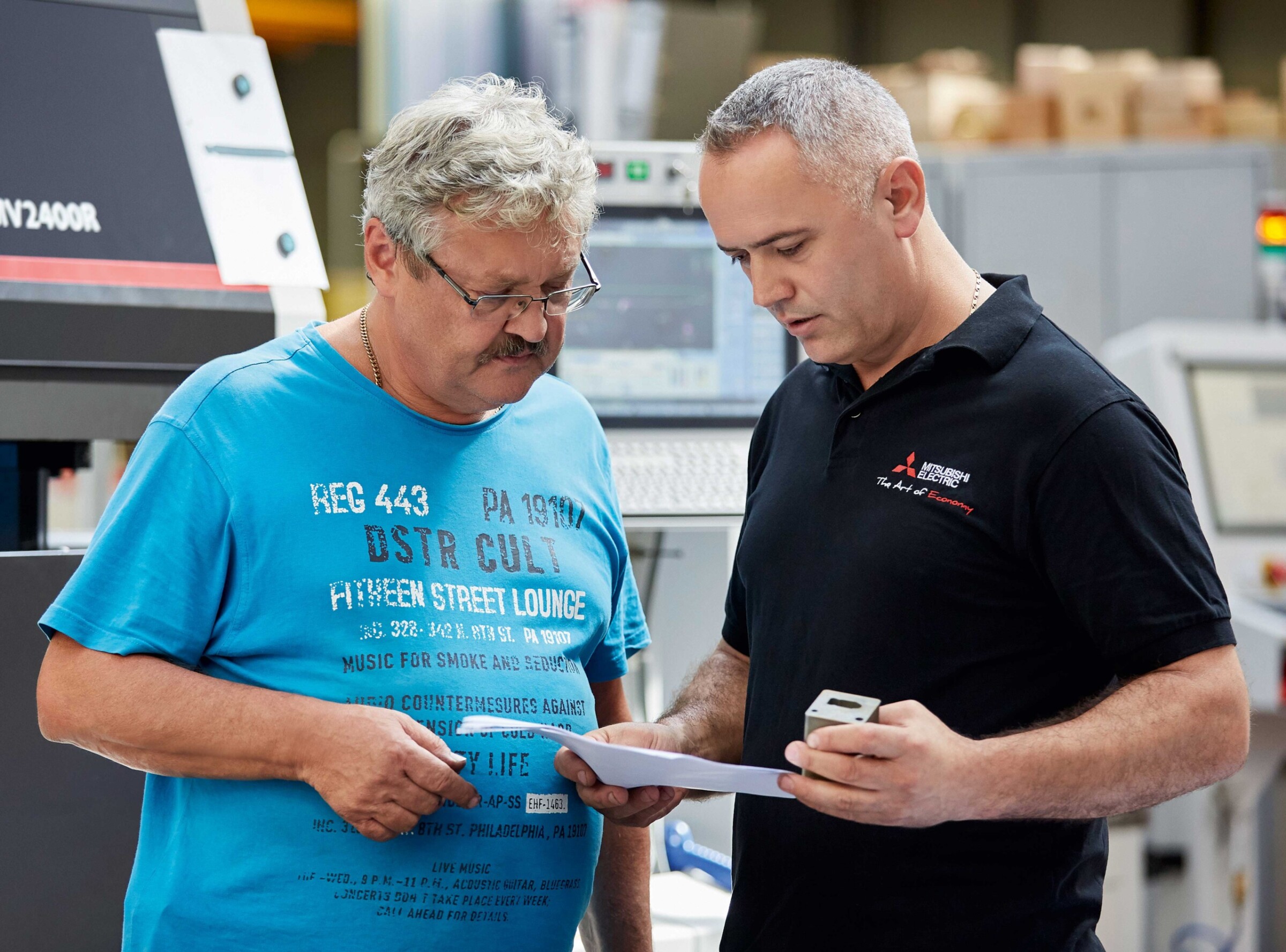 However large or small the output, however simple or complex the component, “in a production machine, everything hinges on the quality of the tool,” says Jahaj with conviction. “This is where 100 per cent precision counts, because otherwise we can’t supply the quality our customers expect.” The customers in this case are all the major players in the automotive industry. The company, a member of the Mollificio S. Ambrogio Group in Italy, is appreciated well beyond its immediate Stuttgart catchment area – its products are supplied worldwide. The firm with its roughly 170-strong workforce has experienced a considerable surge in business in the last few years. 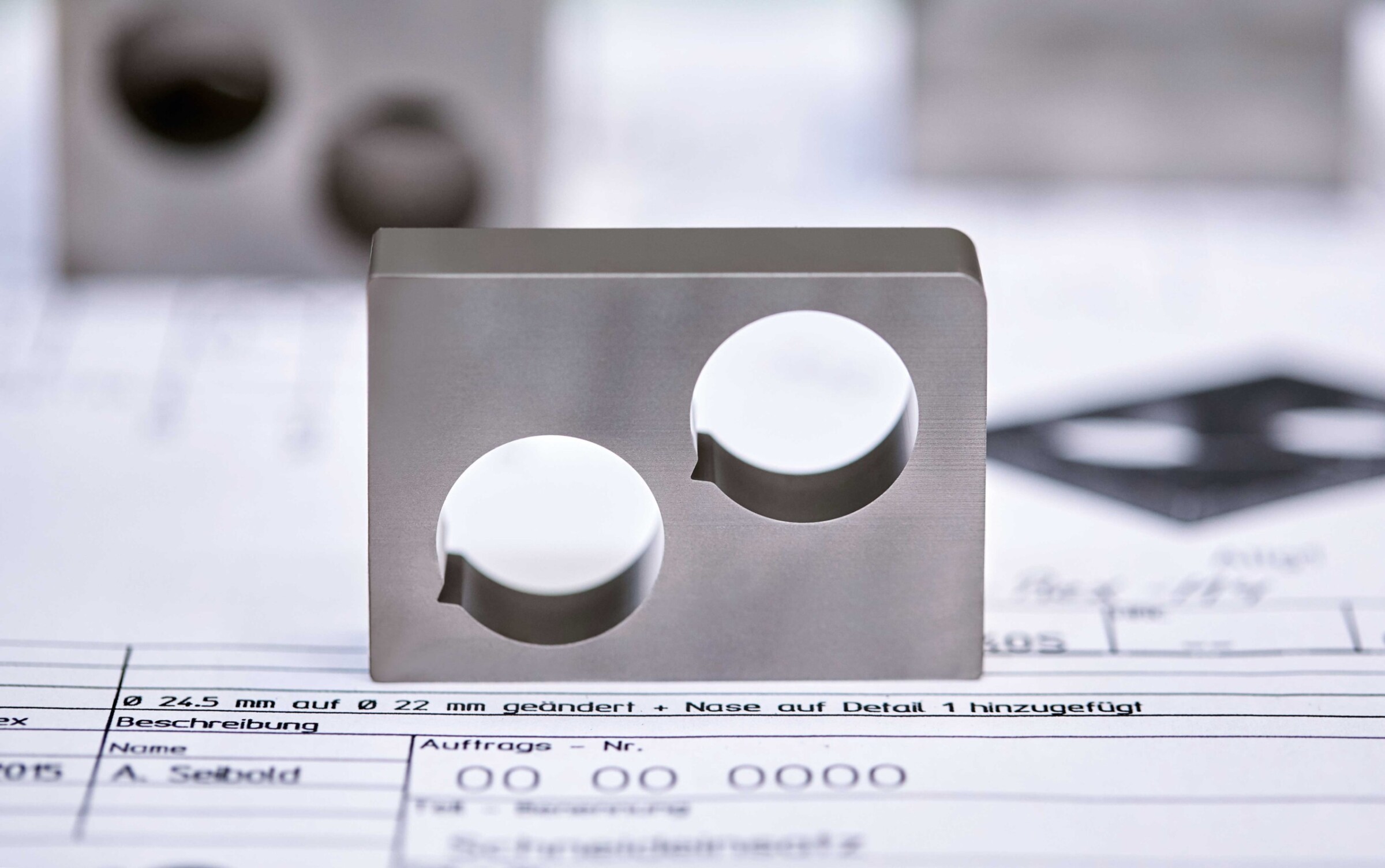 Cutting die for a stamping tool

It’s therefore hardly surprising to learn that Jahaj has a keen eye on every single tool in his workshop. For the over 60 presses, his roughly 30-man team produces the dies itself. The moulds for the roughly 30 injection moulding machines are bought in, but usually have to be fine-tuned and adapted to current jobs. On top of this, there are numerous repairs. “It may be that a mould or tie comes to us for an overhaul after a single large order, while others we’d don’t see for a whole year,” explains Jahaj, who puts the number of tools currently in circulation at 200. 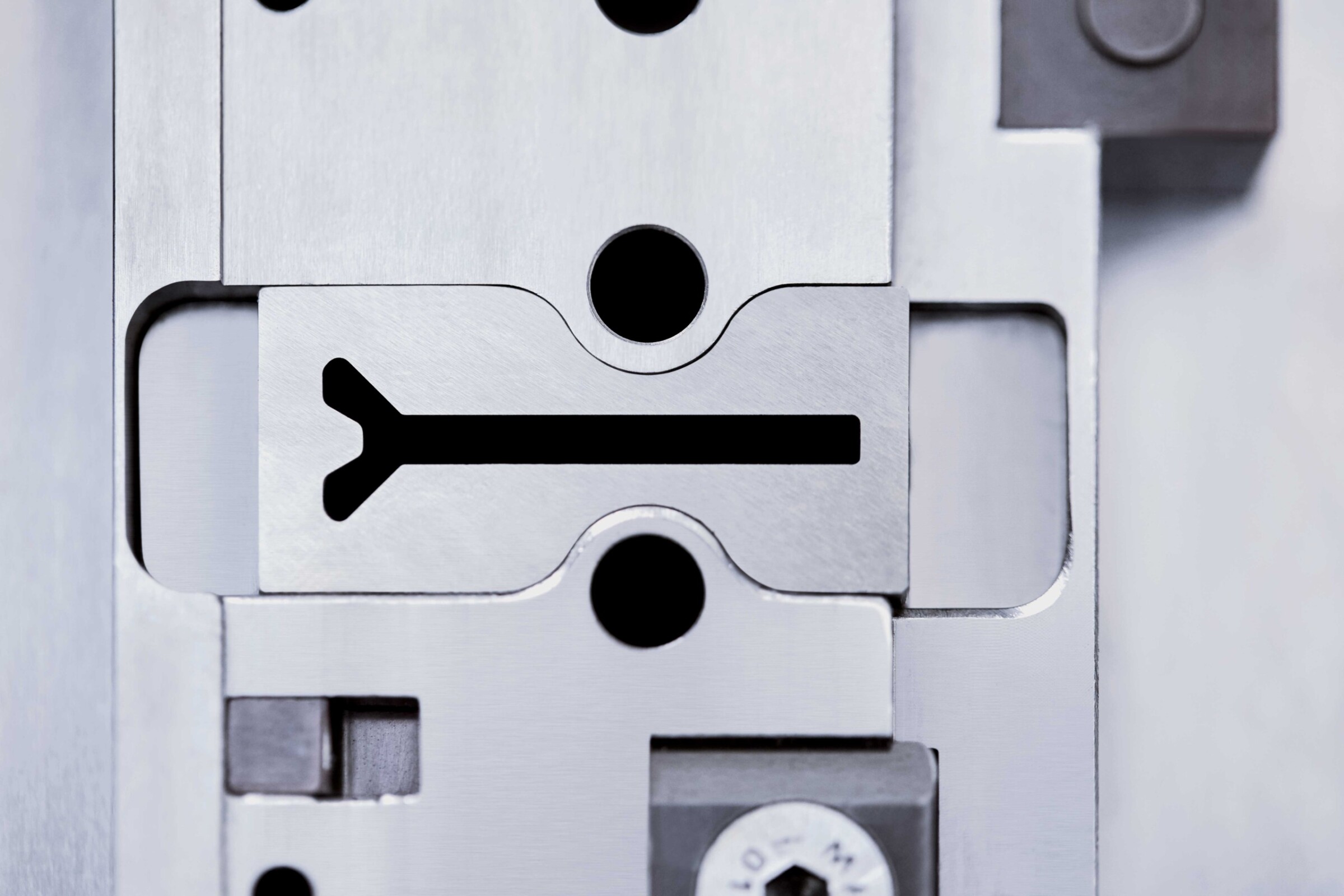 A “super package” from Mitsubishi Electric.

Jahaj has been in charge of tool-making and maintenance for about four years and has accelerated the growth of his toolshop. “Until a few years ago,we attempted to cope with rising order levels with ‘extended workbenches’. But eventually you reach the point where this is no longer possible. The company’s own expertise is too important,” Jahaj stresses. In the last few years, the company has made huge investments in its parts store, extended the toolshop in a big way and much expanded the machine park. Last year about a million euros was ­invested in ­machines, and this year 600,000 ­euros has already been spent. Among them since 2015 have been three Mitsubishi Electric machines: an MV2400R wire-cutting machine, an EA12S die-sinker and a start 43C start-hole drilling machine. “A super package you could call it,” says Jahaj laughing. He is impressed by the good price-performance ratio but finds other features at least as important. “I already knew the Mitsubishi Electric machines from earlier experience and appreciate their reliability. In our everyday work, the balance between high machining speed and uniform precision is decisive.” Over and above this, the tools also last longer in his experience if they are produced with precision. The EDM systems are mainly used for machining cutting dies, cutting punches and bending inserts for the presses and mould inserts and cores. Jahaj makes a point of mentioning the automatic wire threader, which has proven ­effective ­particularly during ­unmanned operation, and the low power ­consumption – ­estimating that the power ­consumed by the new machines to be about 30 per cent down on that of the old machines. “We keep a close eye on energy costs. Excessive energy consumption is of course bad for the environment, and of course no good for a ­workshop wishing to hold its costs in check,” says Jahaj summing up. 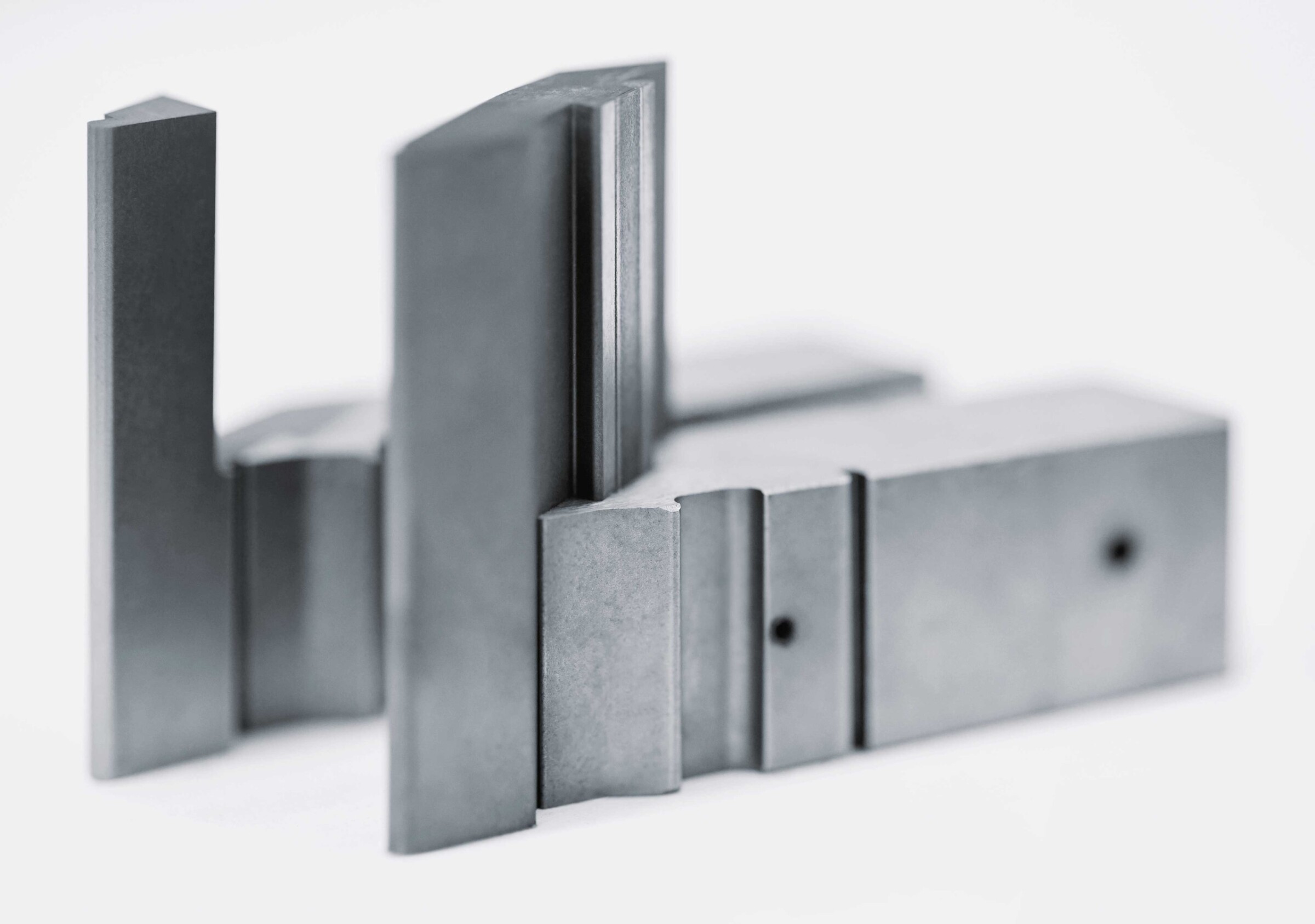 Since the commissioning of the machines, which was completed within two days, there haven’t been any problems with the machines. The Mitsubishi Electric machines operate around the clock. More elaborate jobs are left to run overnight, while parts with shorter machining times are handled during the day. Machining time can range from 5 minutes to 30 hours. Surface finish is 0.2 µRa, with workpieces ranging from 0.5 mm to 150 mm in width. They mainly process powder steels and cemented carbide. The trouble-free commissioning and current smooth running of the machines is due in part to the excellent training at Mitsubishi Electric in Ratingen. “They’ve got really good instructors, and my staff were delighted.” Jahaj is full of praise for the support from Mitsubishi Electric. “At Mitsubishi Electric no one is a number, and you don’t have to wait for the right person to talk to.” 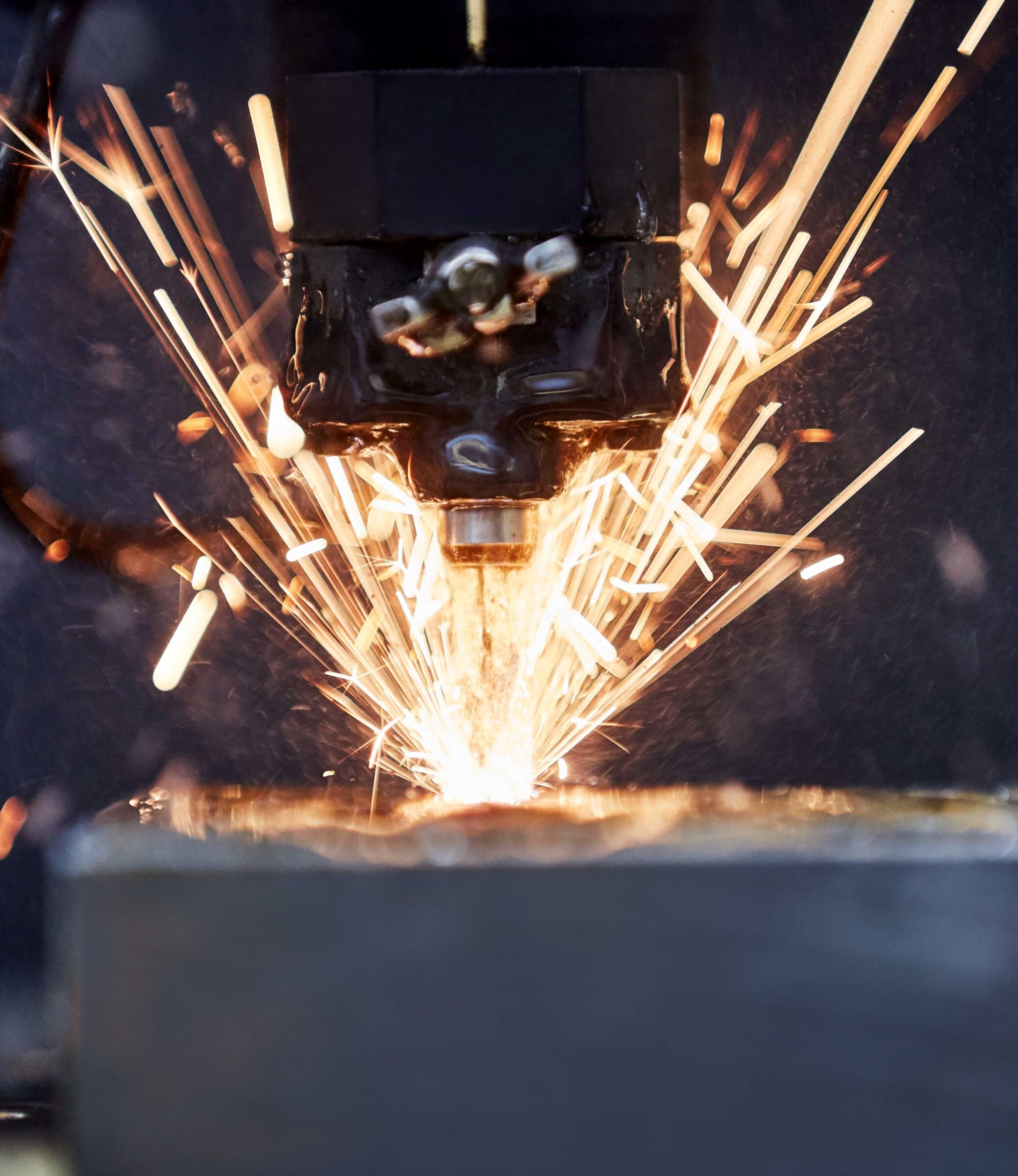 Fireworks at the start – the 43C start-hole drilling machine marks the beginning of the erosion process.

The pace that Jahaj has been setting during his four years in his toolshop remains high. For he has already planned his next steps: in 2018, the machine park will be joined by three more wire-cutting machines and a die-sinking machine from Mitsubishi Electric, along with further processing machines, e.g. for grinding. “In the EDM sector, we’ve made a clear commitment to Mitsubishi Electric and this time we shall also probably go for the automatic alarm by mobile phone as well,” says Jahaj laughing and admitting that they haven’t needed this so far because the machines have been running without a hitch.