Hardly had it gone into service than the new NA2400 machine from ­Mitsubishi Electric was back on the road again. As a result of its exceptional growth, Nobatec decided not only to equip its machine park for bigger orders, but also to invest in a new production location.

Hardly had it gone into service than the new NA2400 machine from ­Mitsubishi Electric was back on the road again. As a result of its exceptional growth, Nobatec decided not only to equip its machine park for bigger orders, but also to invest in a new production location.

At Nobatec these tools are machined in 4–5 work cycles on the NA2400.

Even when the order was placed, it was obvious that the new NA2400 would be commissioned not just once at Nobatec. The company, which is located in the idyllic Black Forest village of Niedereschach and derives its name from the Latin “Adnoba mons” for “Black Forest”, can look back on years of success, as the company has been recording double-digit annual sales growth since 2010. Because the old production shops were bursting at the seams, it became necessary to extend production capacity. “It was really a tight squeeze, both for the machines and our staff. And there was absolutely no more scope for expansion,” Managing Director Corrado Danelutti recalls. In June 2013, the company therefore moved into a new production building that offers sufficient space for growth. First to move were production and the machine park. In May 2014, the relocation was completed with the official opening of the office building. However, Danelutti not only invested in new premises, but also modernised the machine park at the same time – with the purchase of two new CNC machining centres, with 5 and 6 axes, and the new NA2400 wire-cutting machine from Mitsubishi Electric. Nevertheless, this machine was first installed in the old production shop in March 2012 where it was so urgently needed. “From a logistical point of view, it would have made more sense to commission the machine at the new site. But because of the full order books, we needed the new machine on the double. So we happily put up with having to commission it twice,” says Danelutti with a smile.

Scoring and growing with special solutions.

In 30 minutes the tools are as good as new again and can be installed in high-speed rotary cutters.

In the 25 years of its existence, the company has made a name for itself as a maker of special cutting tools of cemented carbide, HSS, CBN (cubic boron nitride) and PCD (polycrystalline diamond) for the metalworking industry. Over the years, Nobatec has evolved into a problem-solver for cutting and non-cutting metalworking. Its customers can be found in the furniture industry, the automotive sector, injection moulding and machine manufacture. The NA2400 is used among other things for the machining of cutting tools, shaped cutting tips and shaped drills. “In addition, we produce valves, screws and, for instance, shafts for the printer industry,” says Danelutti listing the range of applications. “We work until we arrive at the optimum solution, regardless of whether a one-off or a series is concerned.”

But this is not the only source of business. Nobatec is also one of the few independent manufacturers to offer the comprehensive servicing of Eubama rotary transfer machines. This starts with tool set-up and extends to the regrinding of tools, production of spare parts and units that, if desired, can be hired out. The company also carries out mechanical, hydraulic and electrical conversions and overhauls on these rotary transfer machines.

We work until we arrive at the optimum solution.

For about 15 years the company has also been engaged in the fabrication of threaded high-speed rotating tools. The outcome is extremely rugged and wear-resistant tools for a long service life and maximum productivity. These tools are primarily made of CBN, which is used particularly when high mechanical cutting loads and high thermal stressing are expected during rough machining. These tools are designed particularly for the machining of hard heat-resistant alloys.

“The customer geographically closest to us is just over the road. Otherwise, our business takes us all over Europe,” says Danelutti outlining his customer base. What all customers have in common is a desire for tighter delivery deadlines. The company usually takes between two and eight weeks to satisfy customer requests. “Our customers demand extreme flexibility – something we can only achieve by offering everything from planning through to execution from a single source,” Danelutti adds. Customer satisfaction is consequently high. “The tolerances for tools in the automotive sector are measured in hundredths. For us, surface accuracy and speed are the decisive points when choosing a wire-cutting machine,” says Danelutti explaining his plumping for the Mitsubishi Electric machine. Nobatec has supplemented the largely standard version with capacity for an optional larger wire spool (up to 20 kilos). Surface roughness Ra extends to below 0.2 µm. “Other wire-cutting machines range between 0.5 and, at best, 0.4 µm. However, such quality is no longer sufficient in toolmaking. So this was obviously an important criterion in our choice of the Mitsubishi machine,” explains Danelutti, who is also impressed by the price/performance ratio of the NA2400. 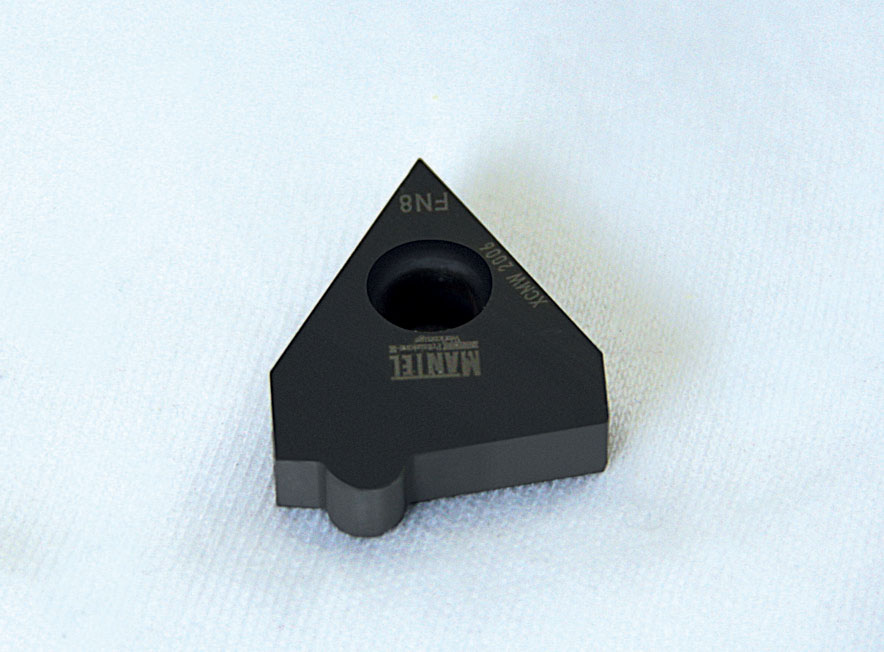 Despite the move and the resultant forced break, the company is highly satisfied with the NA2400. Best of all, the machine is in operation around the clock, although 18 hours is more common at present. “Large production runs are not the rule. It was therefore all the more important that the NA2400 can be quickly set up,” explains Danelutti. “We are now in a position to produce workpieces cost-effectively and of excellent quality. In operation, the machine displays high cycle rates and maximum precision. In some cases, we save several machining steps. In addition, the work space is now much bigger, as is the range of workpieces that we can machine.” 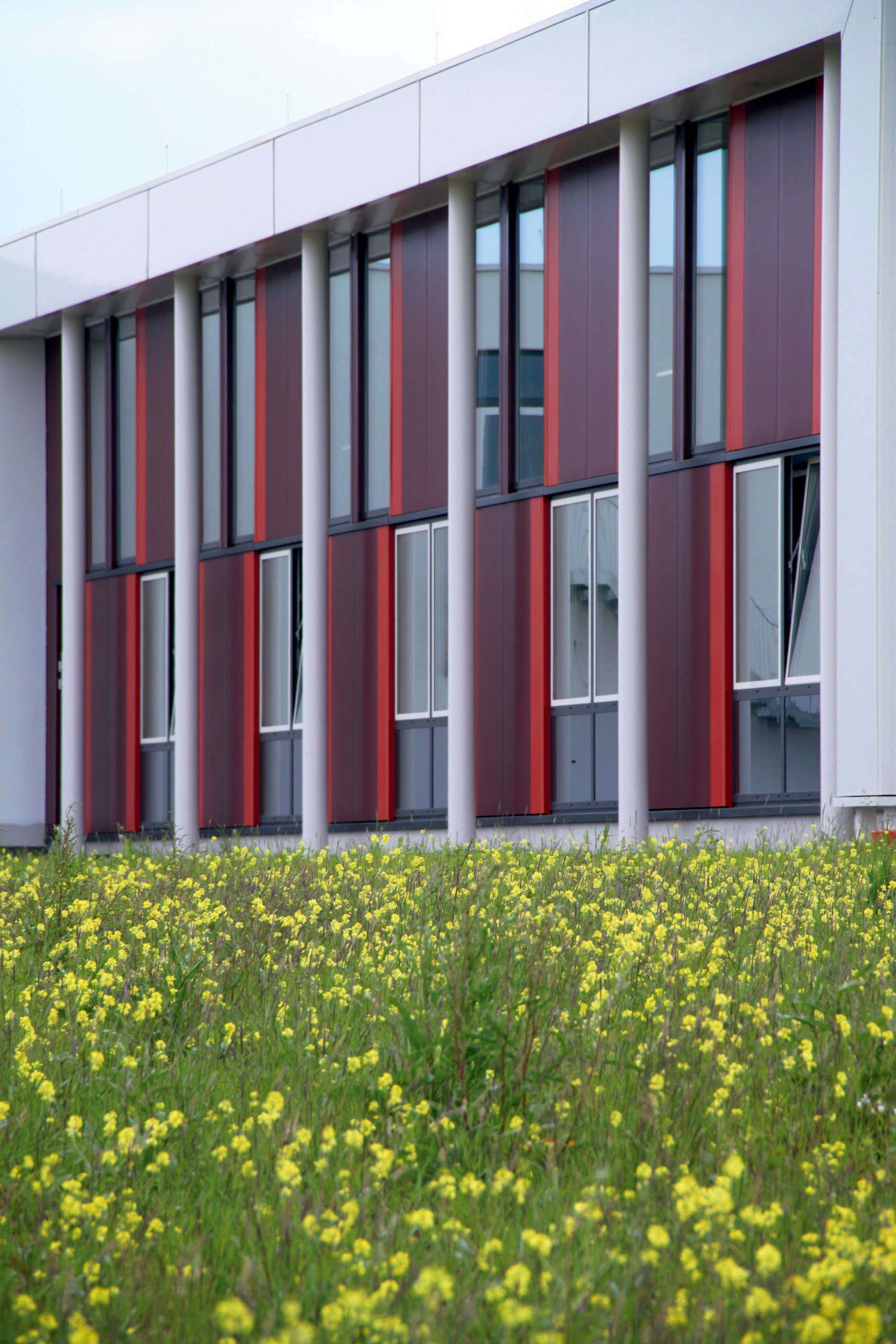 Since the completion of the office building in May 2014, Nobatec has been working to full capacity. The new machines in the new building, including the NA2400, offer ideal conditions for further growth.

From planning to execution from a single source.

Although no one in the company had previously operated a Mitsubishi Electric machine, the changeover proceeded smoothly. “The training was good, quick and efficient. In three days the machine was set up and we were able to get down to work,” Danelutti recalls. And commissioning a second time was also quickly accomplished. With the completion of the office building at the new location, things are quietening down at Nobatec. Although things will never be really quiet if Danelutti’s plans are anything to go by: “Here at the location we now have ideal working conditions with sufficient space and an advanced machine park. And this gives us the chance to boost sales and expand further.”

Core business:
Making of special tools for the cutting and non-cutting metalworking industry

How did you earn your first money?
I’ve always stuck to what I’m good at: when training an industrial mechanic.
What makes your company successful?
We’re flexible and punctual. At the same time we have a broad product range, so we have several sources of business.
What do you like most about your profession?
Contacts with customers and the people around me are the high points of my day. I also enjoy turning the customer’s technical requirements and ideas into a finished product. This also includes the constant refinement of our products.
How do you recharge your batteries in your free time?
Sport in any form, be it on my racing bike or mountain bike, or climbing or swimming.
What attributes do you value most in others?
Reliability, respect and flexibility.
If you were asked what you do by a friend with no technical knowledge, how would you explain your work in a single sentence?
Tools for the metalworking industry. 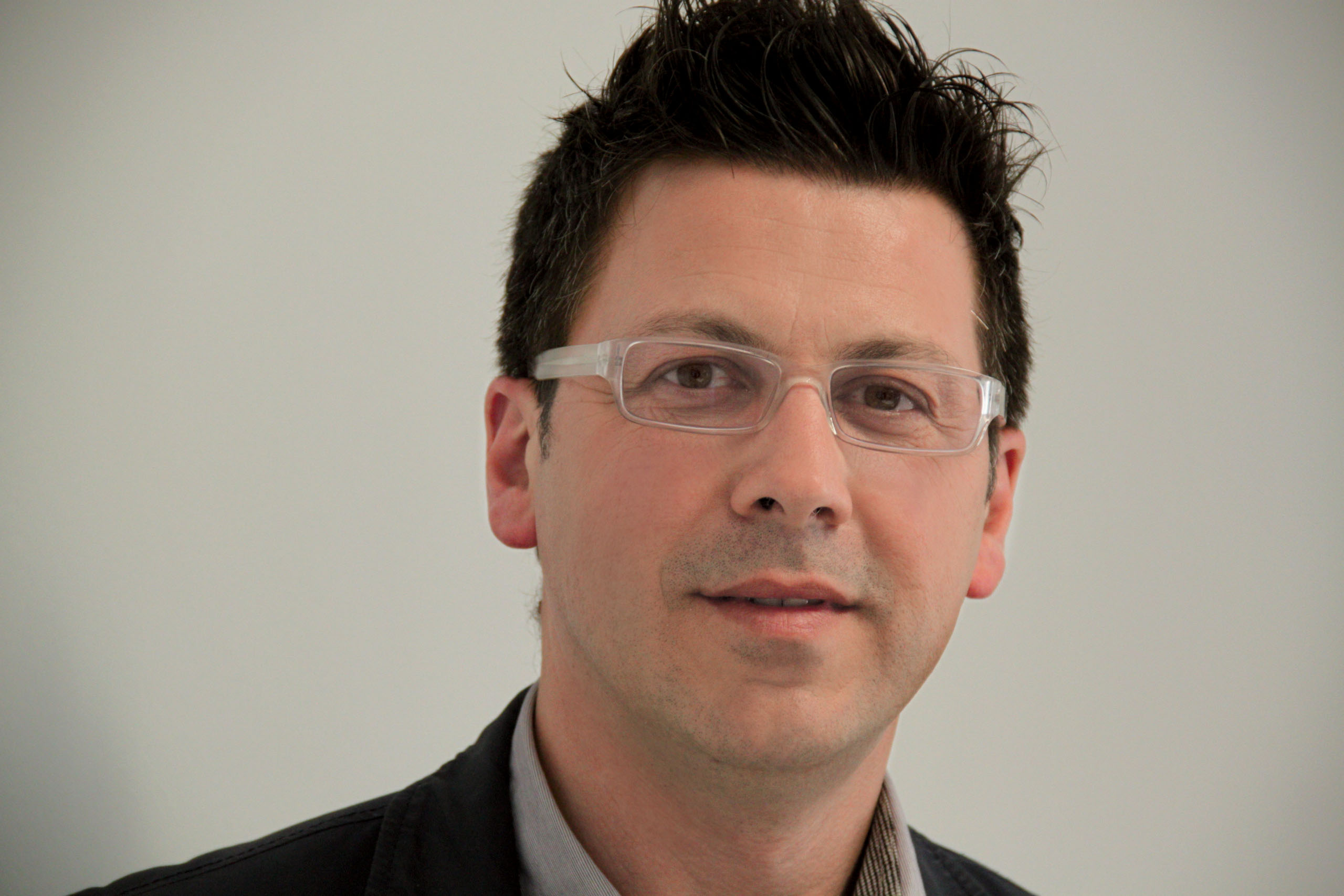