Tea is a work of art

Absolute accuracy and the greatest possible care are of special importance in the Japanese tea ceremony. In this ancient tradition, tea is prepared, served and drunk with great attention to detail. The strictly defined procedure and extreme precision make all the difference in this special ceremony. 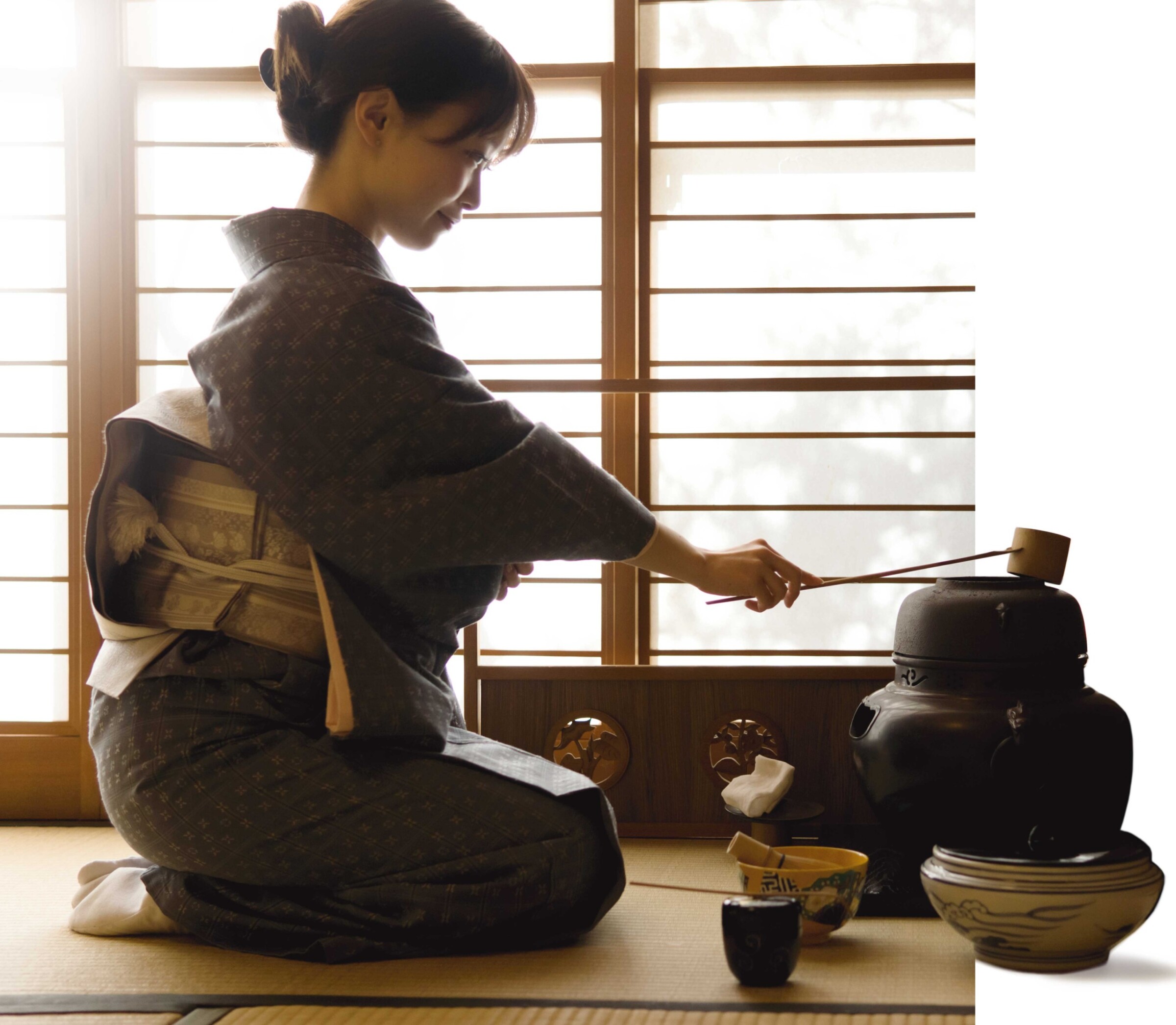 Absolute accuracy and the greatest possible care are of special importance in the Japanese tea ceremony. In this ancient tradition, tea is prepared, served and drunk with great attention to detail. The strictly defined procedure and extreme precision make all the difference in this special ceremony.

The Japanese tea ceremony is very closely allied to the philosophy of Zen on which it is based. The concentration of the mind and deep contemplation are just as important as meticulous procedure and extreme thoroughness.

The ancient tradition follows certain rules according to which the host serves his guests tea, rice wine and light meals. The fixed rules are followed strictly by the host, but there can be slight variations to the procedure. However, all Japanese tea ceremonies share a certain basic form.

Like the ceremony itself, tea houses in Japan have a long tradition. Mostly made of wood or bamboo and divided into two rooms, the main room is used as a tea room, where there is a fireplace and an iron kettle. The preparation room is also very sparsely furnished. Furniture and decorative items are not to be found in a Japanese tea house, since the participants in a tea ceremony should be exposed to an atmosphere of restraint. Reflection on the authentic and humility play an essential role in this tradition of exactitude and refinement.

Thoroughness with a long tradition.

The Japanese tea house is usually surrounded by a ­Japanese garden, through which a small path winds. This path leads never directly to the entrance of the tea house, but with numerous detours. Traditionally the tea house is about 3 metres by 3 metres in size. The participant of the tea ceremony is symbolically screened off from the outside world by plain outer walls and windows covered with paper.

The procedure of the Japanese tea ceremony

The ceremony starts in the garden of the tea house where a handful of guests gather to participate in the tea ceremony. With a bow and a basin of hot water, the host greets his guests waiting for him in a pavilion. At a spring the host washes his hands and mouth and requests his guests to do the same. Symbolically, the participants use this water to cleanse themselves of all evil that they have previously said or done. 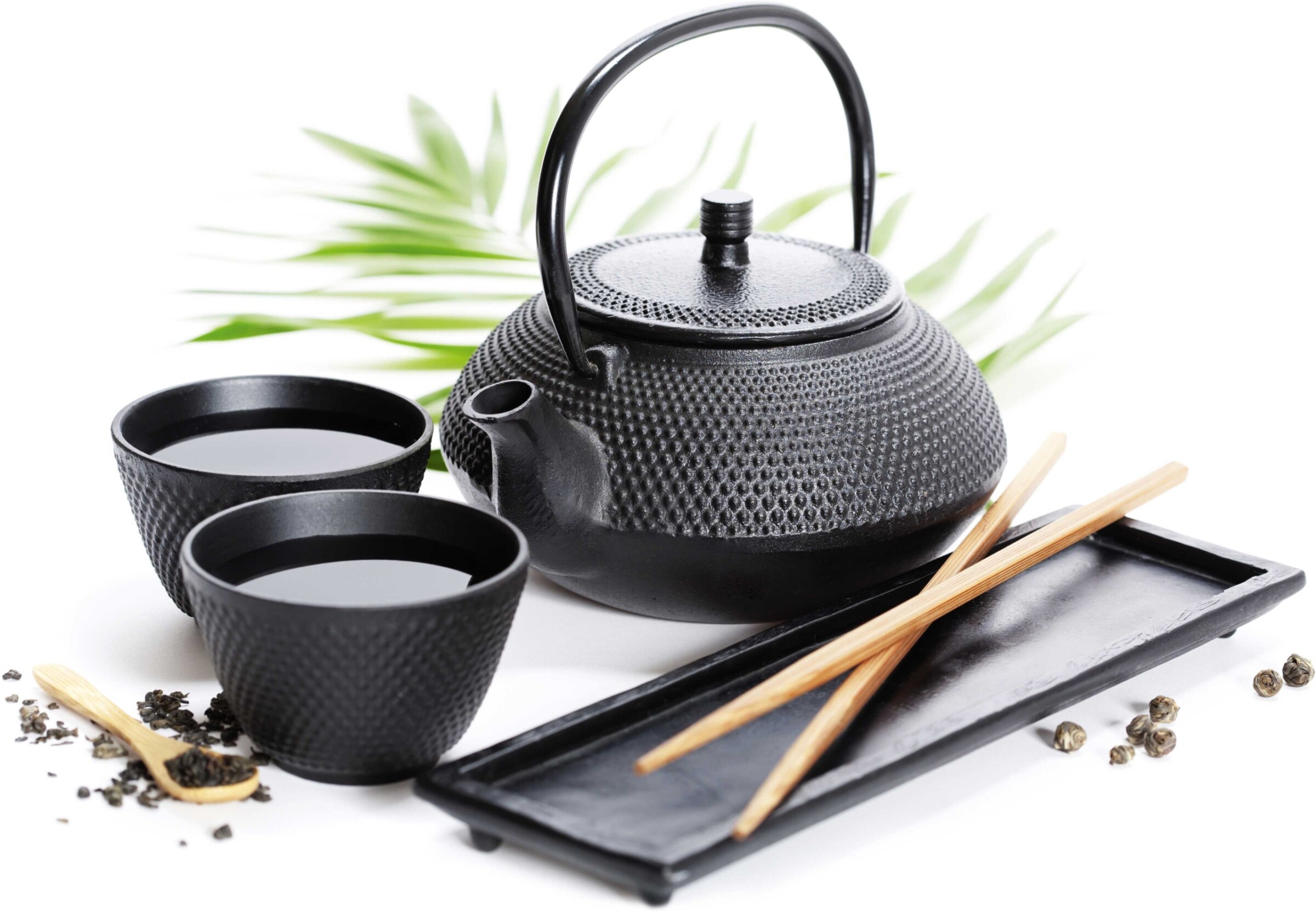 The Japanese tea ceremony is based on purity, harmony, respect and tranquillity. Absolute purity is made possible by the scrupulously observed procedure. The term purity also denotes inner purity of mind as well as outward cleanliness and tidiness.

To reach the tea house, the participants follow a small path through the garden, which symbolises a form of enlightenment. Its purpose is to help the participants to detach themselves from everyday life and to prepare them for the following ceremony. Arriving at the tea house, the guests enter the interior one after the other respectfully and humbly, thereby divesting themselves of all social differences. Soups, rice wine and other light meals are served to the guests in several courses. The participants then return along the garden path to the waiting pavilion to smoke and converse.

The actual main part of the Japanese tea ceremony begins with five gong beats with which the host invites his guests into the room intended for the ritual. The guests cleanse themselves again and proceed along the path to the tea house and then enter the tea room silently, quietly and with great respect. Usually the entrance to the tea room is only about half a metre high, so guests can only enter this room on their hands and knees, as a gesture of humility. As soon as all participants have entered, the last guest closes the door softly yet audibly. This sound is the sign for the host to continue with utmost precision and to begin the ritual proper. The master then enters the room last and brings in the still missing utensils. The most important items for the tea ceremony are the tea bowl, tea caddy, iron kettle, a vessel for fresh water, the scoop and tea whisk. On his ”obi” belt the host wears a white tea towel for cleaning the tea bowl. The utensils are practically arranged to permit harmonious movements during tea preparation.

Furniture and decorative items are not to be found in a Japanese tea house, since the participants in a tea ceremony should be exposed to an atmosphere of restraint.

The host bows to his guests and prepares the tea according to a very special rite, using the tea utensils in a specially defined manner. During the preparation of the tea the master precisely observes the prescribed procedures of the ritual. Of overriding importance are smoothly coordinated movements and strict calmness.

Once the tea is ready to serve, the host first hands a bowl of tea to the main guest, who takes a bow in accepting it. With a gesture, the main guest offers the cup to the person sitting next to him, who refuses and asks the main guest to drink first. The guest apologises for the others having to wait. The guest turns the tea bowl twice in his hand and drinks the tea in about three sips. Then the participant hands the bowl back to the master, who cleans it with his cloth, refills it with tea and hands it to the next guest. The tea is served to everyone present in this way. The scrupulously observed procedures of the ceremony, such as the introduction, cleaning and refilling of the bowl, communicate a sense of respect and tranquillity to the guests.

During the ritual, speaking is usually strictly ­prohibited. Only after the ceremony is the silence broken to ask about the types of tea used. After this brief exchange, in which usually no topics from outside the tea room are discussed, the tea ceremony comes to an end.

The principles of the Japanese tea ceremony

The Japanese tea ceremony is based on purity, harmony, respect and tranquillity. Absolute purity is made possible by the scrupulously observed procedure. The term purity also denotes inner purity of mind as well as outward cleanliness and tidiness. The minimalist approach in the design of the tea house and the meticulous sequence of actions during the tea ceremony underscore a spirit of purity. 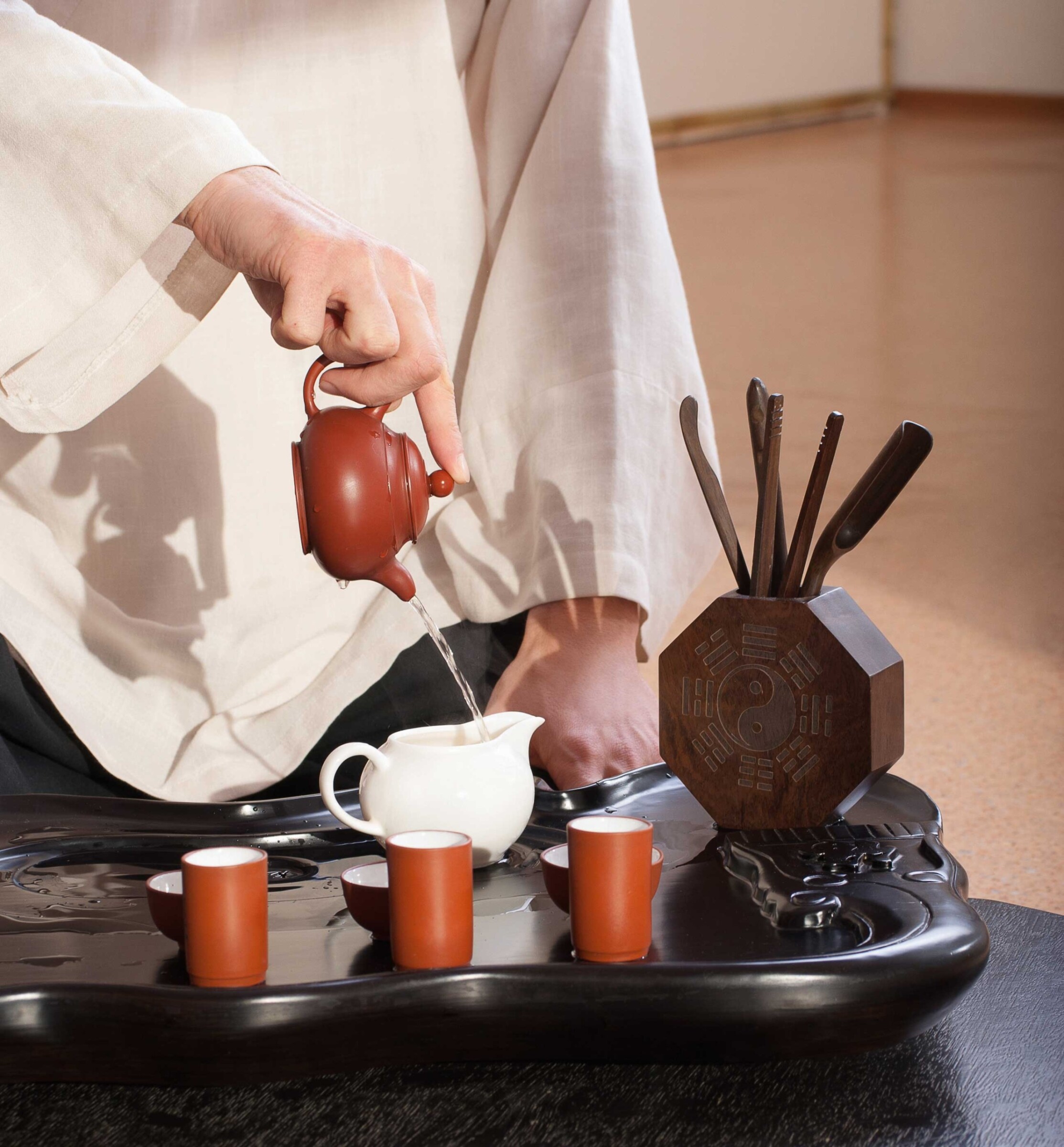 The host prepares the tea according to a very special rite, using the tea utensils in a specially prescribed manner.

Harmony also arises though strict adherence to the rules of the tradition. The exact chronology of the tea ceremony and its precise execution establish an atmosphere of harmony between the participants. In this way the complex procedure can be carried out with extreme precision, which in turn instils respect among the participants, as well as a certain reverence for the objects used. If the three aforementioned principles of purity, harmony and respect are achieved through the precise observance of the tea ceremony, the participants can achieve inner peace and a sense of equanimity.