The benefits of networking. Production partners for added value

GEZEA, the specialist in graphite electrodes and tool-making in Eisenach, Germany, fosters close relationships with its customers. But it is not only customers, but also the industry as a whole that benefits from its decades of experience.

The benefits of networking

GEZEA, the specialist in graphite electrodes and tool-making in Eisenach, Germany, fosters close relationships with its customers. But it is not only customers, but also the industry as a whole that benefits from its decades of experience.

The benefits of networking. Production partners for added value.

Wall thicknesses of just a few millimetres and intricate geometries – Frank Köllner proudly holds an extremely complex graphite electrode in his hands. It will soon be used in the production of a mould for the casting of engine housings. “Such intricate and complex geometries are difficult to achieve with copper. Graphite is much better suited,” says Köllner. The Technical Manager of GEZEA GmbH ought to know, as the company that he co-founded more than two decades ago specialises in the production of graphite electrodes, one of a select few in Germany. “Because of the peculiarities of the ­material, even today not many tool-makers are keen to produce graphite electrodes themselves,” Köllner ­explains.
GEZEA is the German acronym for the Graphite, ­High-Speed Cutting and EDM Centre in Eisenach. The production of graphite electrodes is the company’s original activity and forms its largest business area. But this is not all that the Eisenach company is known for. From planning and design in the CAD/CAM department to milling, wire-cutting and die-sinking, GEZEA is conversant with all tool-making processes – and all this with 3 and 5 axes, of course. With four high- speed ­cutting machines for graphite and copper, five CNC machining centres for metal, and five ­wire-cutting and die-sinking EDM systems, there is not much that GEZEA is not capable of. With its large machine park, GEZEA is also able to ­accommodate surges in order levels, but its self-conception runs further. “Tool-makers today are under enormous pressure when it comes to producing new tools. Not many have all the necessary processes on their site – for good ­reasons, because it makes more sense to ­network closely and in the long term with specialists like us. This way we take a weight off the customer’s shoulders and make it possible to steer a project in the right direction from the beginning and achieve positive results,” says Köllner outlining the company’s ­philosophy.

The specialist in graphite electrodes and tool-making 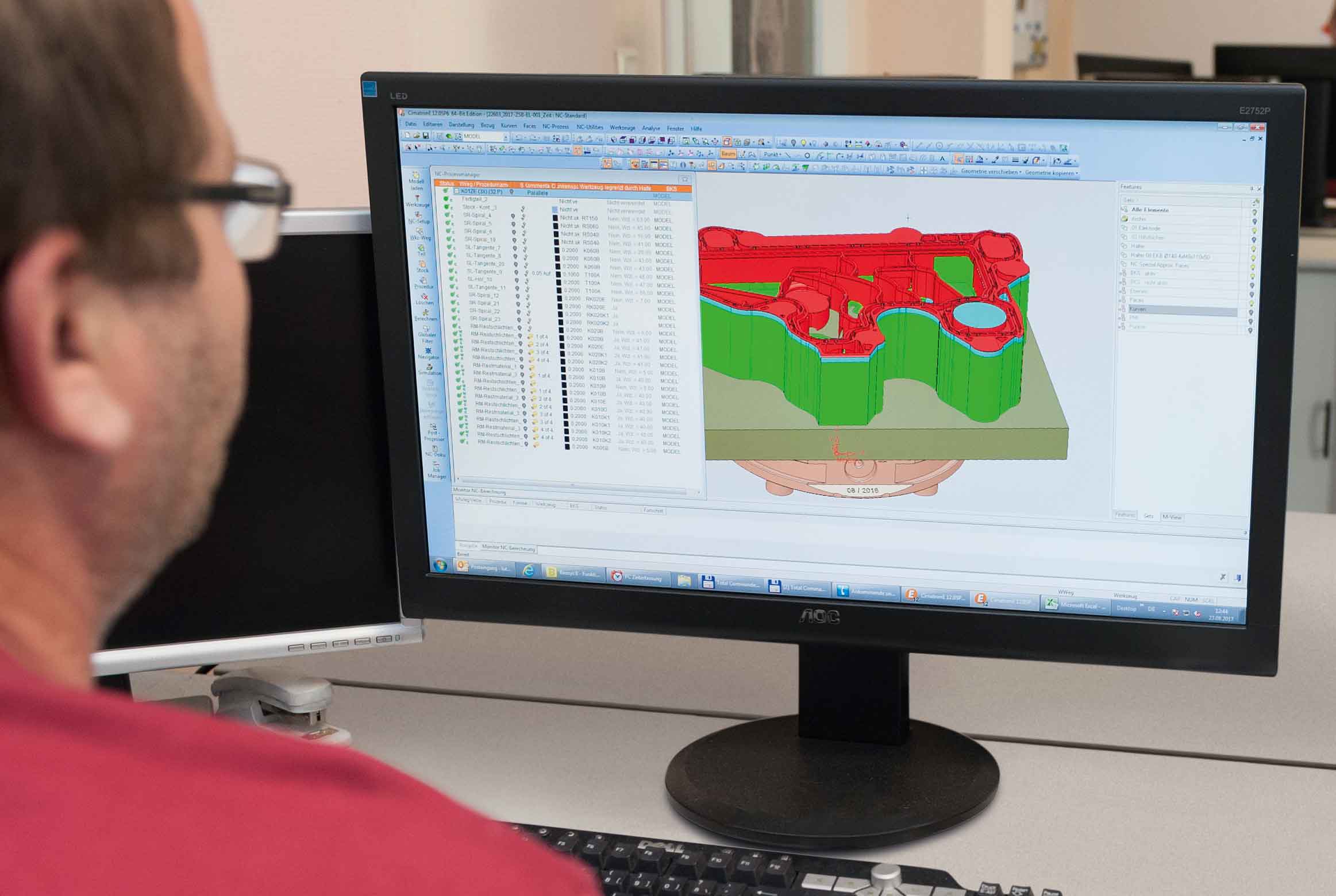 Highly complex geometries have their origin in the CAD department.

Always one step ahead of the customer

Because GEZEA, in addition to producing graphite and, incidentally, copper electrodes, has a complete grasp not only of the theory of the various steps and procedures in tool-making, but also puts them into practice on a daily basis, customers can benefit hugely from close cooperation. To secure this extra value for customers, the company has committed itself to an ambitious principle. “It is our aspiration to keep our level knowledge if possible one step ahead of the customer’s,” says Köllner. This includes regularly upgrading the machines. The most recent investment was in an MP2400 from Mitsubishi Electric, which replaced two older models from the Japanese manufacturer. An FA20S from Mitsubishi Electric will continue to do good service for a while yet. “We’ve been using EDM systems from Mitsubishi Electric since we founded the business,” says Köllner. The new machine, he continues, is the fifth generation from Mitsubishi Electric in use so far at GEZEA. This brand loyalty is all the more remarkable when one learns that Köllner used to work as an ­applications technician for a ­different manufacturer of EDM systems. “Put it this way: my former employer didn’t exactly give me wholehearted support for the founding of my company. On the other hand, Mitsubishi Electric saw potential even in a new and small business. On top of this, we’ve never had any problems with the Mitsubishi Electric machines and have managed to master all our jobs.” 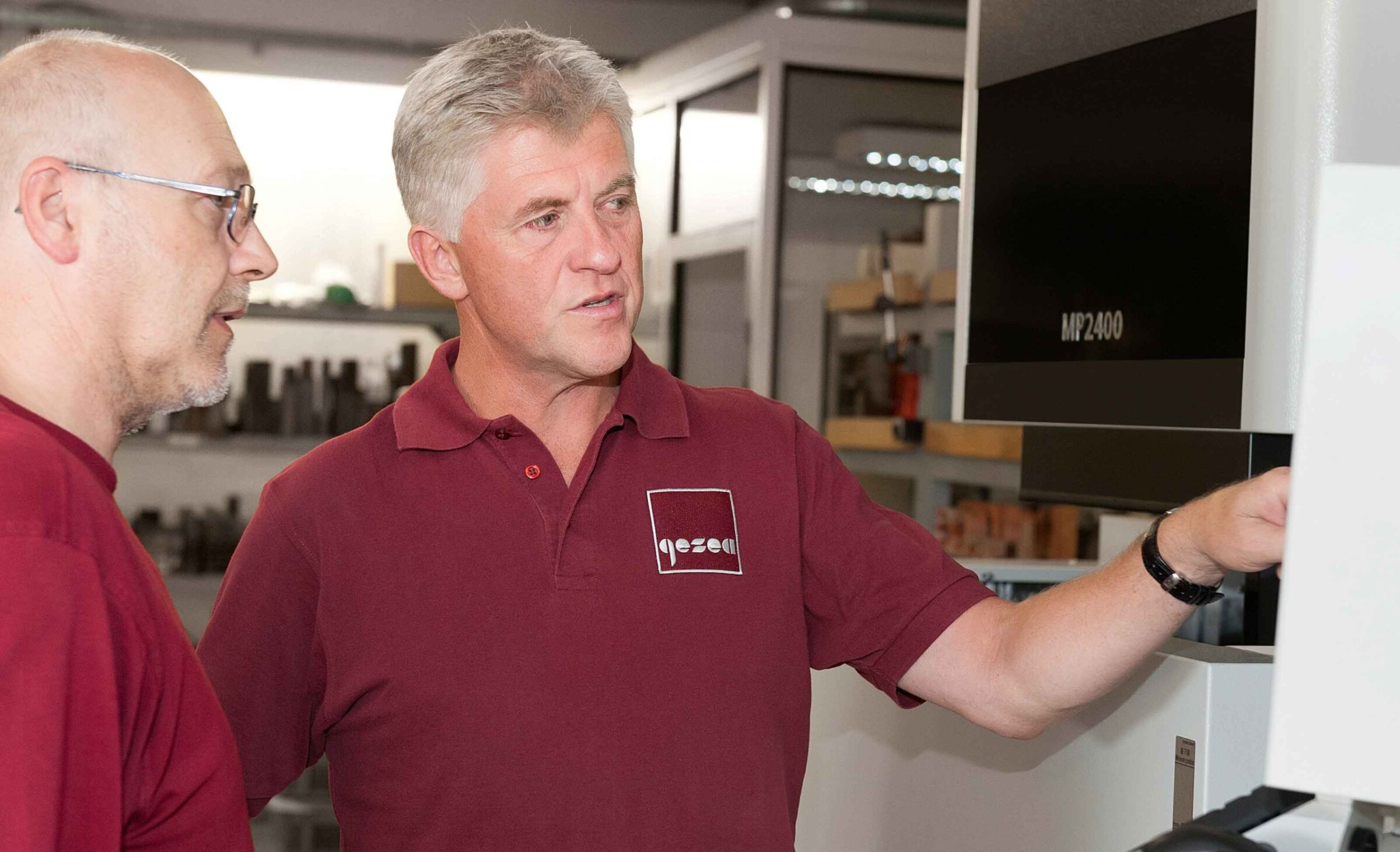 Tool-maker Oliver Beschta and Managing Director Frank Köllner are capacities in the field of mould-making.

EDM with graphite is on the advance

Köllner founded the business with a partner in 1994. “At the time, we could see growing demand for ­graphite electrodes,” he says looking back. But at the time, and as is the case today, smaller firms in particular don’t have the production expertise, and the machining of graphite calls for special protective measures. To set up his own business, Köllner, who was working at the time in Baden-Württemberg, returned to his home town of Eisenach. The young business’s first address was at a start-up centre only a few hundred metres from the business’s current location. “Our first customers came mainly from the immediate region,” Köllner recalls. The ­start-up centre proved to be too constraining after only a few years. With what were then 10 employees, the company moved to its present site at the end of the Nineties. 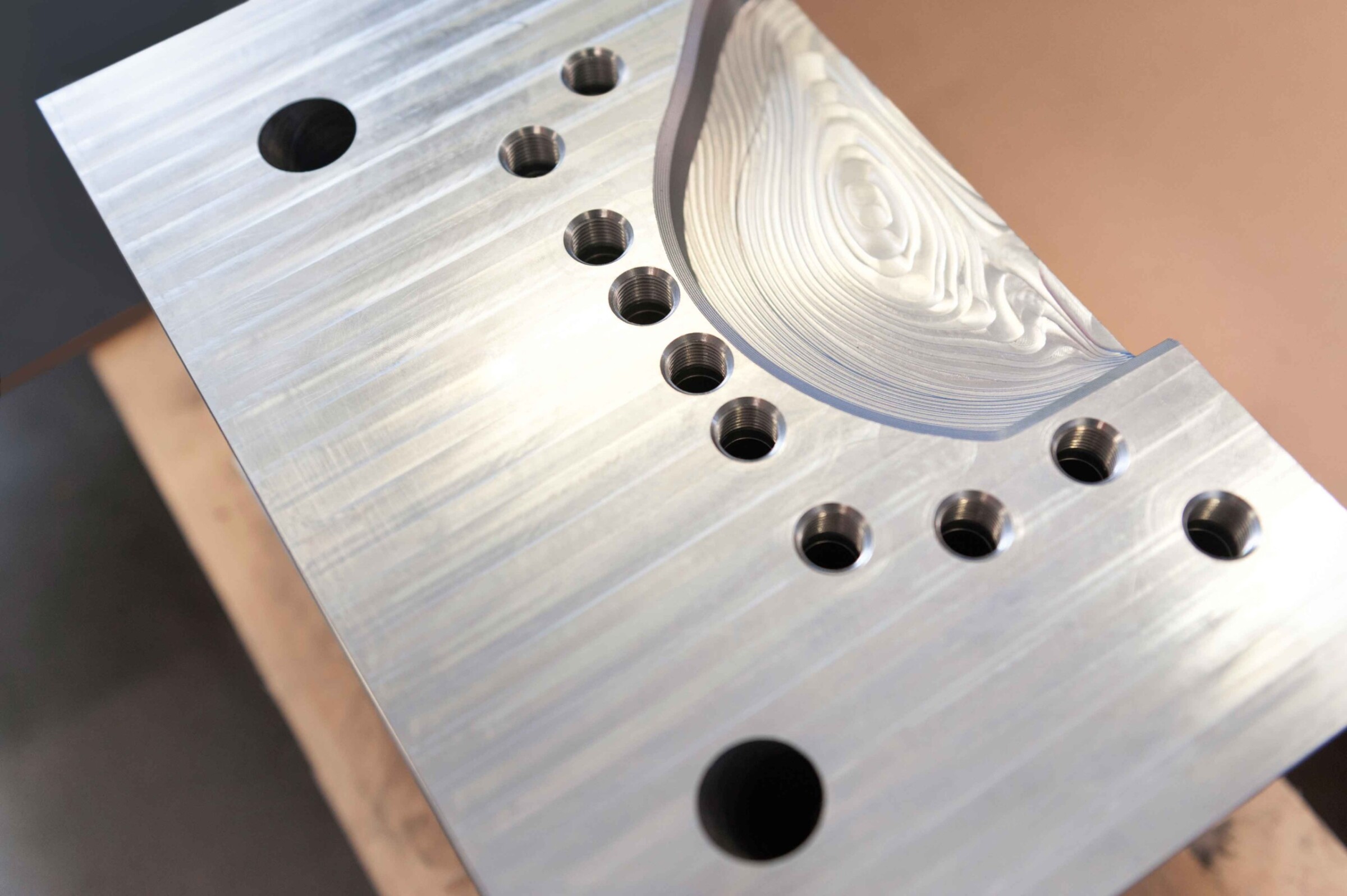 The production of graphite electrodes is the company’s original activity and forms its largest business area. But the Eisenach company is now at home in all areas of ­mould-making.

At its new business ­location, GEZEA has grown enormously through to the present day – in size and in terms of workforce. The company currently has 30 employees, and the production shops have been regularly extended – most recently, the office building. Expansion has meanwhile reached its spatial limits. “There’s no more room for further growth at this site. But we reckon we’ll manage okay for the time being,” says Köllner. In the running of the company there have also been changes. Köllner’s longstanding business partner retired in 2011 and has been replaced by Frank Köllner’s son Henning. Henning has not only injected new ideas, but in close collaboration with his father has changed the company’s strategic orientation in his capacity as Commercial Director. Father Frank today holds the position of Technical Manager. The company’s re-orientation also includes sustainability. ­In a current project, GEZEA is installing a central cooling system. “We produce vast quantities of heat here. The idea is to intercept the heat and exploit it and improve the quality of our products at the same time,” explains Process Manager Manuel Schwalbe. By exposing the machines to less heat, it is possible to improve product accuracy still further. 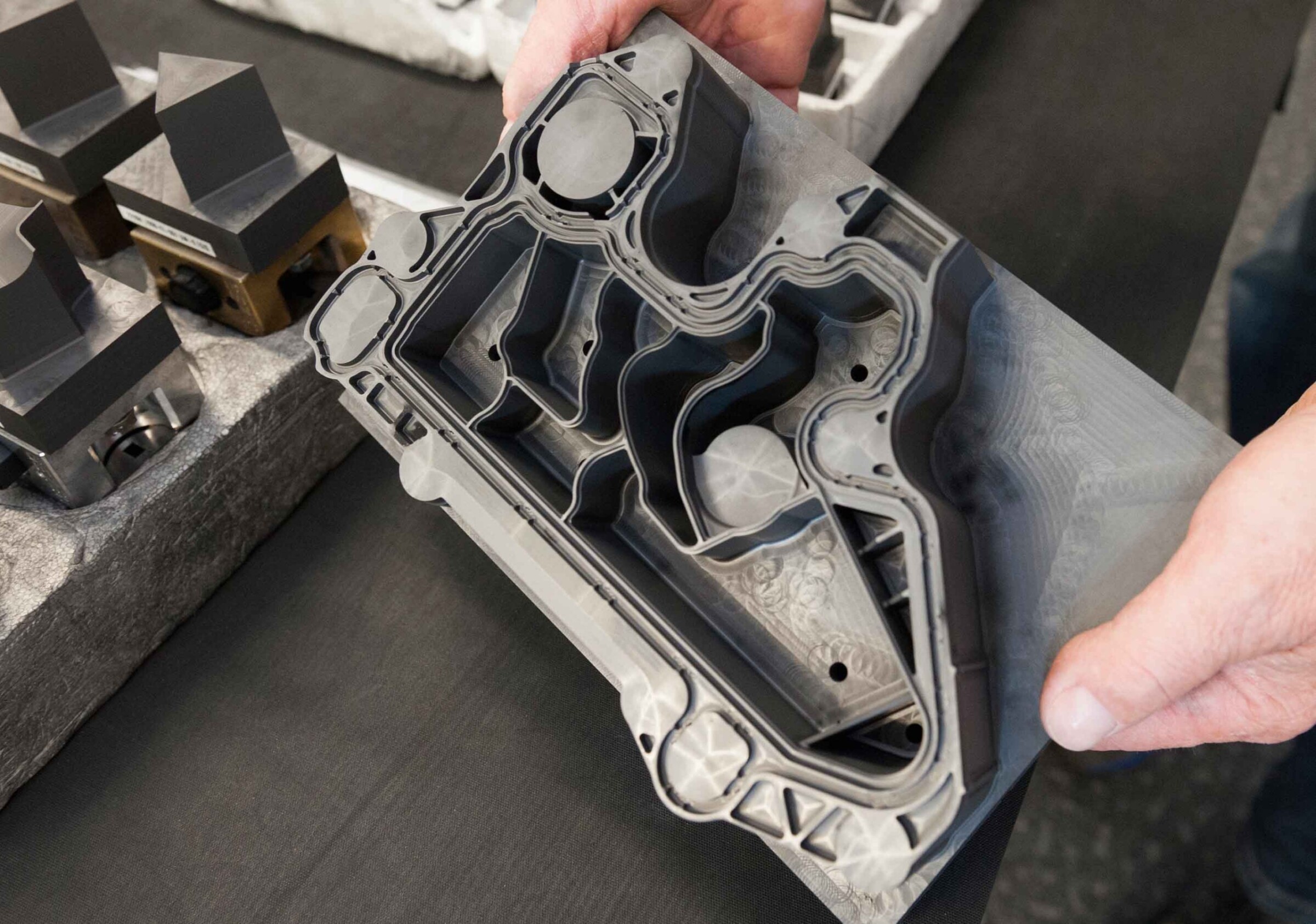 The production of graphite electrodes is the company’s original activity and forms its largest business area. But the Eisenach company is now at home in all areas of ­mould-making.

On the road to success

Another factor in the business’s success is its close ­networking within the industry. GEZEA is a member of the German Association of Tool-makers (VDWF) and offers technology seminars in this context. This way other companies also benefit from GEZEA’s ­expertise. Although physical growth at the current location is no longer possible, GEZEA has recently expanded again. The firm has now started trading with graphite itself, and cuts blanks of the desired quality to customer specification. “We’re now under contract to SGL Carbon,” ­explains Köllner. To accommodate the new activity, GEZEA has rented a shop in the nearby start-up ­centre – the company’s birthplace. It will be exciting to see how it develops. 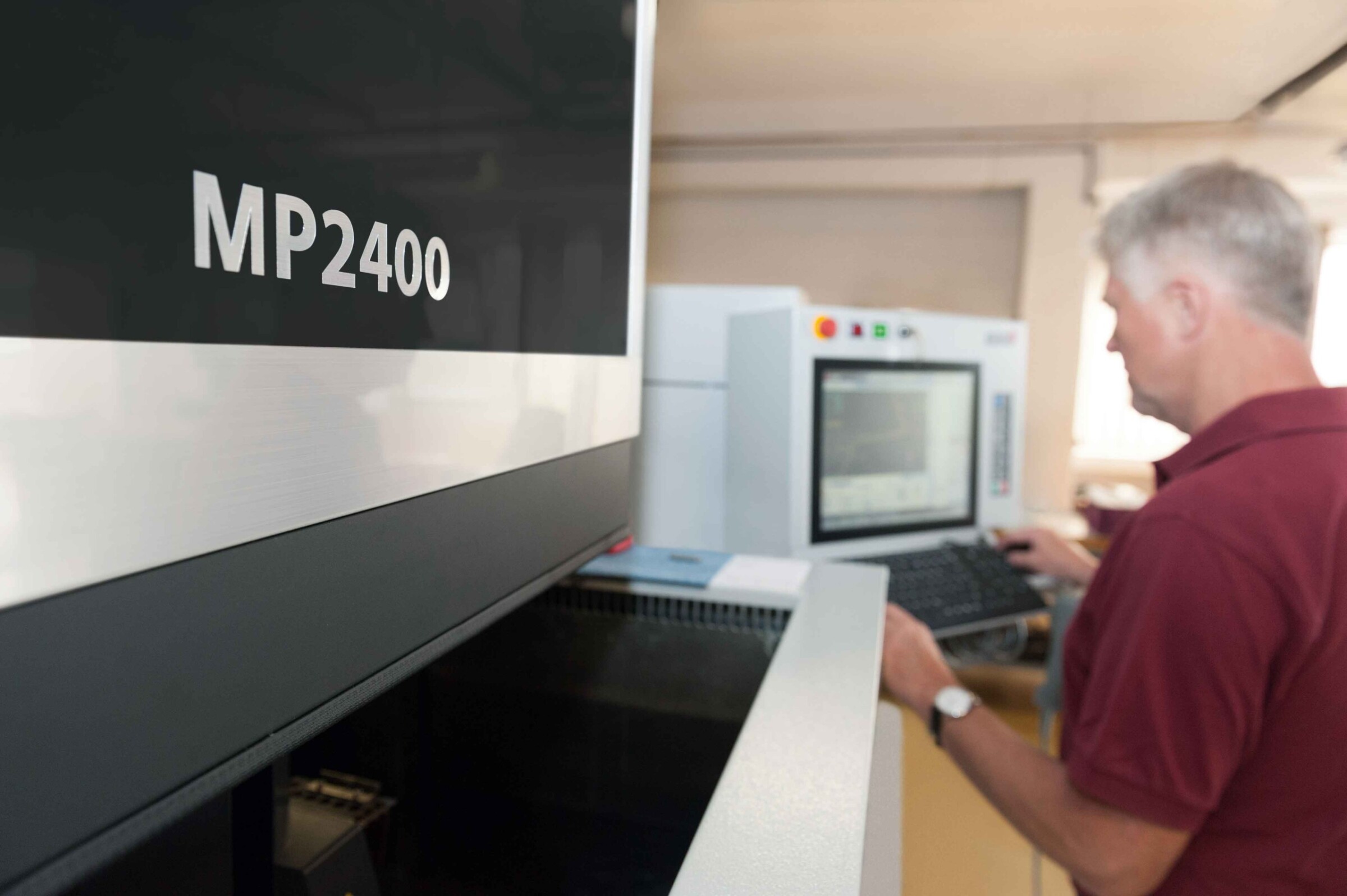 Frank Köllner founded the company over 20 years ago and knows all the ins and outs of the trade.

According to the German Association of ­Tool-makers (VDWF), EDM with graphite electrodes is on the advance. Which is not surprising, as graphite has a number of advantages over copper. First and foremost, carbon, i.e. graphite, expands much less on exposure to heat. The outcome is exceptionally high contour and dimensional stability. In addition, graphite electrodes are significantly lighter than those of copper. Certain jobs are also performed better with graphite. Depending on the machine employed and the tool, time can also be saved with graphite ­electrodes as well.

With its own CAD/CAM department, GEZEA ­supports its tool-makers in the planning and design of new moulds. Every single electrode produced is checked with a 3D measuring system before delivery to the customer. The clamping device, a rented EROWA electrode holder, is supplied with each one. Affixed to this is an RFID chip containing ­identification data with which the user can access the ­associated database. The electrodes from GEZEA are thus ready for immediate use. 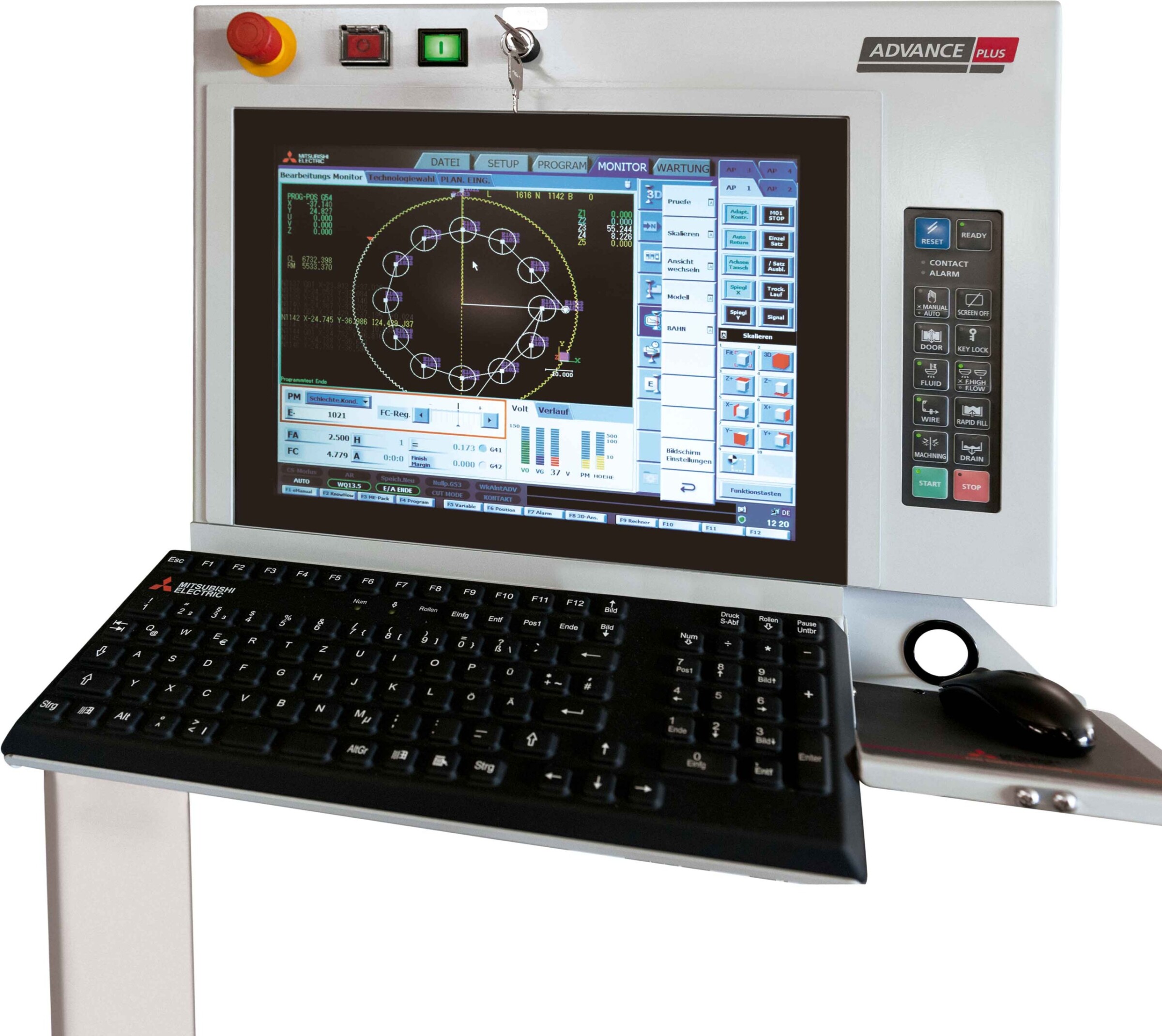 Another advantage is that each electrode is unambiguously marked, as it is permanently connected to the holder – so the risk of mistaken identity is ruled out. Since GEZEA has been an authorised dealer for SGL Carbon, the Eisenach has been trading with graphite itself, cutting the material to customer specification. For every application, from roughing to fine finishing, GEZEA supplies customers with the matching grade of graphite.

To achieve perfect results for the customer ­efficiently and innovatively and with as little red tape as ­possible, GEZEA has overhauled its internal organisation. Here are the key points of the GEZEA’s own management system:

This does not of course mean that GEZEA has ­introduced anarchy – practice has shown that this approach works excellently and yields better ­results much faster. 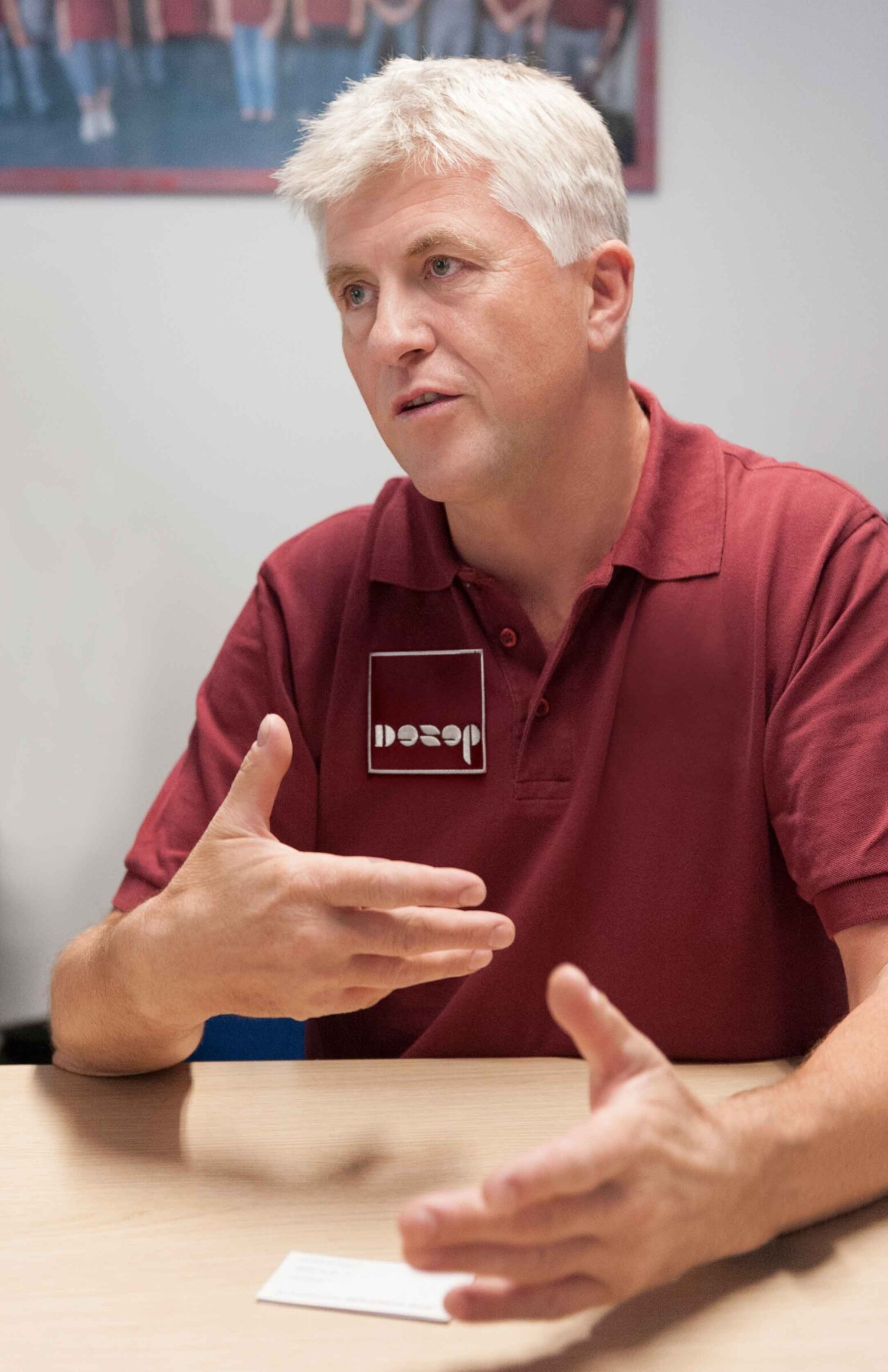 These ideas are by no means ­confined to GEZEA: many scientists (e.g. Dr Gerhard Wohland, systems theoretician) and the technical literature (e.g. “Complexitools”) have come to the ­conclusion that classical Taylorism no longer represents the ideal management system in today’s ­dynamic and flexible world – and GEZEA as a producer of single parts is of course particularly ­affected by this trend.