The Japanese macaque – a lively climber with a lively mind

There’s no doubt about it: thick-coated Japanese macaques are extremely ­inquisitive and alert animals. They find interest in almost any object in their surroundings, investigating it and possibly even tasting it as well. 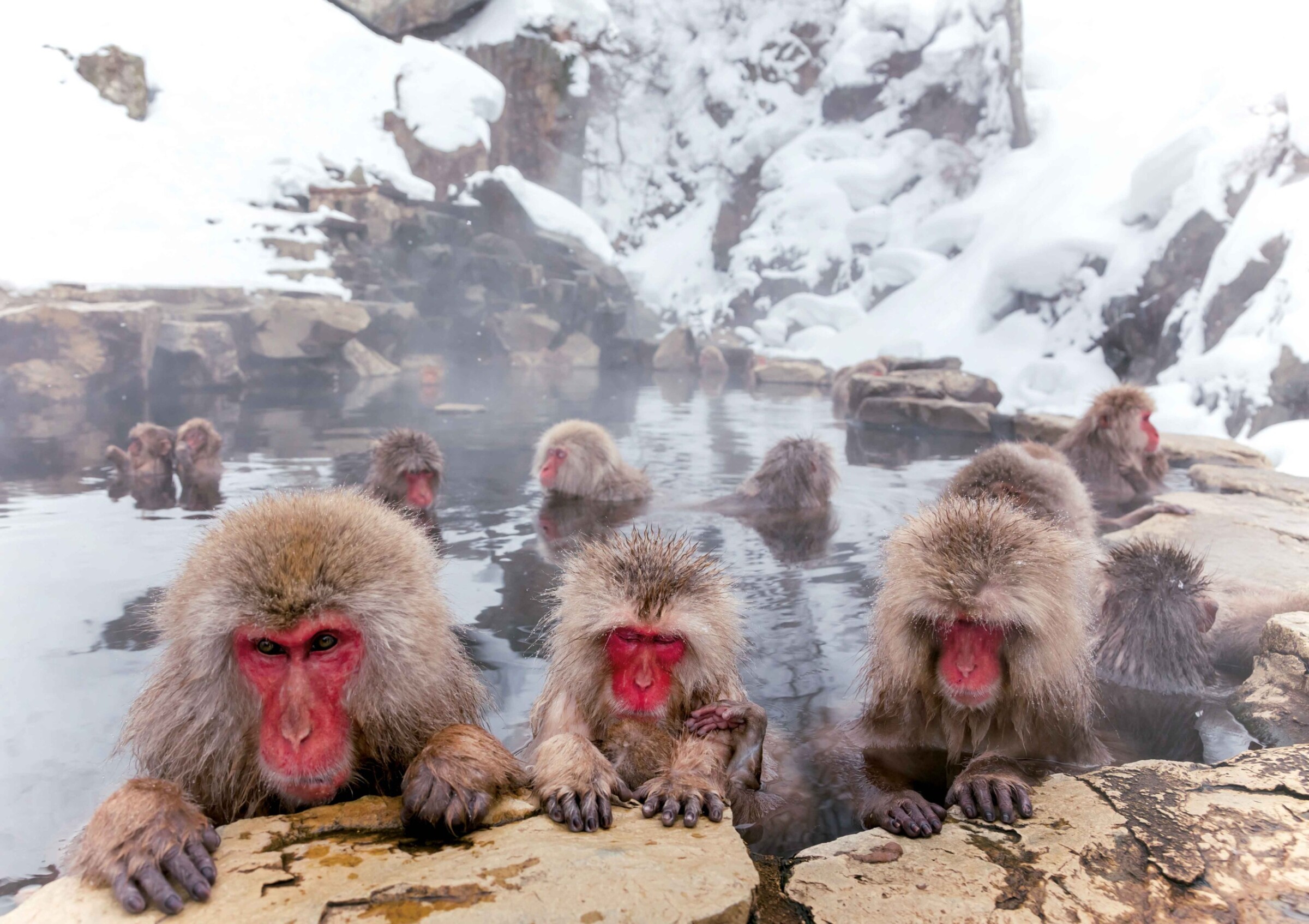 The Japanese macaque – a climber with a lively mind

There’s no doubt about it: thick-coated Japanese macaques are extremely ­inquisitive and alert animals. They find interest in almost any object in their surroundings, investigating it and possibly even tasting it as well.

The Japanese macaque – a lively climber with a lively mind.

The latter, of course, does not apply to such a huge device as a ma­chine tool. After all, not even the most inquisitive monkey would be able to bite into it. But you could be pretty sure it would try. Nevertheless, the macaques from the “Land of the Rising Sun” always have plenty to keep themselves occupied. Their natural habitat on Japan’s three southernmost main islands of Honshu, Shikoku and Kyushu offers the snow monkeys or red-faced macaques ample space to run around and lots of excitement. A number of cheeky individuals or even whole troops sometimes venture into cities. On the other hand, they are pretty unwanted visitors to the fields of ­Nippon’s farmers, as the agile tree- and ground-dwellers often cause serious damage there. It is therefore no surprise that ­macaques are unwelcome as harvest helpers: after clearing a field in next to no time, the thieving band vanishes with bulging cheeks and bellies, never to return.

Macaques in the Land of the Rising Sun

Yet the species looks so harmless. With its red face and similarly pinkish hindquarters, the Japanese macaque is an amusing sight. Groups of these animals, 14 on average, are therefore a much-loved spectacle when they show off their acrobatic prowess on and above the ground. This species of monkey, renowned for its pronounced social behaviour, is very popular in zoos. Children are often quick to spot the initially brown-coloured offspring carried lovingly by their mothers through the enclosure, first clinging to the belly and a month later moving up a storey onto mum’s back. 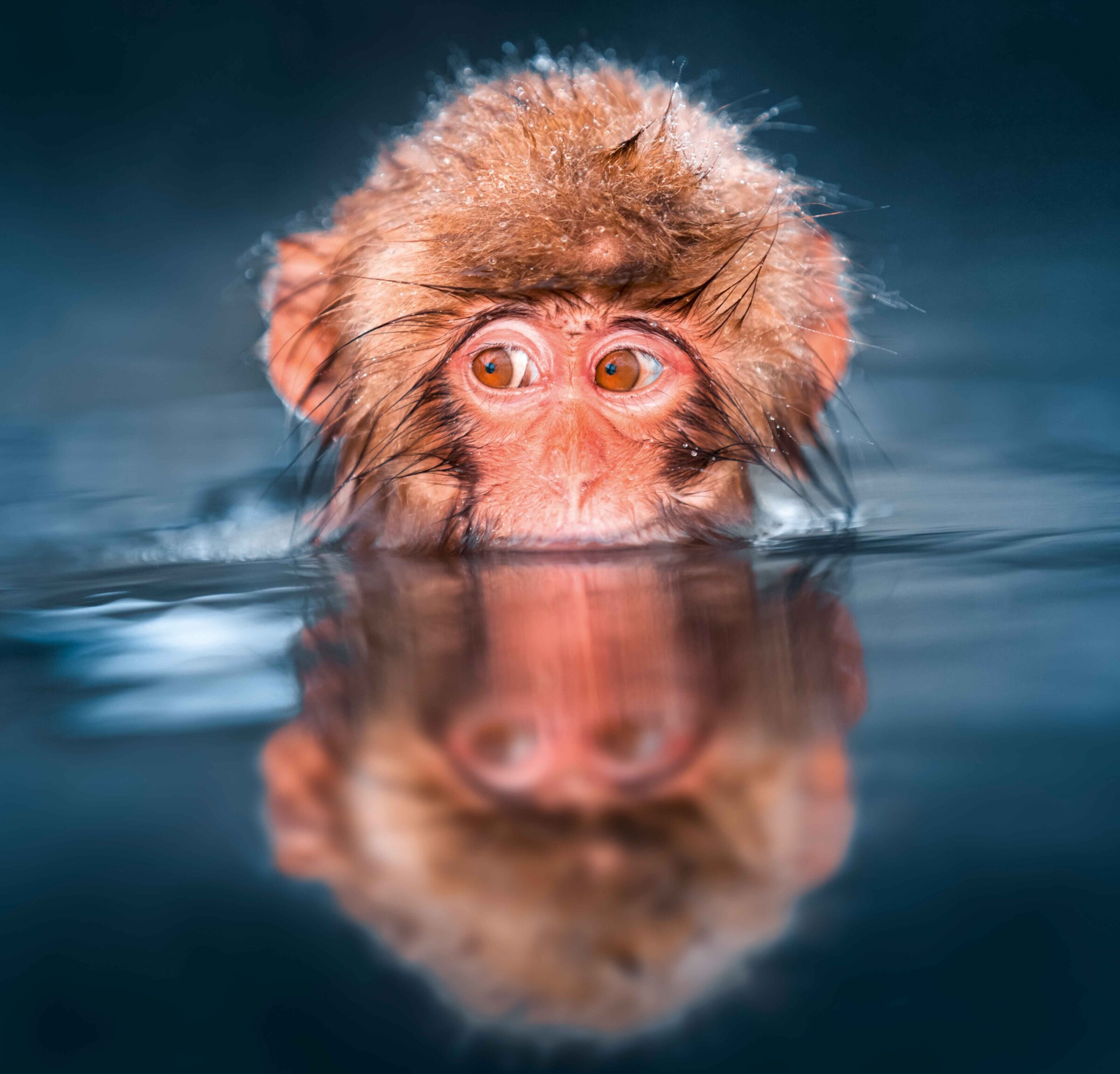 A young macaque, still without its red face

Most members of this species feel happiest in the company of their fellows, even as adults. “All for one, and one for all” is one way of describing the credo of these creatures, who are well-protected from the cold by their grey fur. Some members of the group withdraw from the others occasionally – to have a nap, for example. But Japanese macaques feel most at ease with the whole tribe romping around them. Here again, there is an exception to the rule: males leave their native group on reaching sexual maturity, either joining another group or at first keeping to themselves, as “lone wolves”. For the mature males among the red-faced macaques, it is also total normal to switch group allegiance from time to time.

The females behave entirely differently: they stay true to their family of origin all their lives. And they even eventually form the nucleus of this group, as snow monkeys live in a kind of matriarchy. As a result of this female power system, these members of the Japanese animal kingdom cam be said to lead more emancipated lives than their female counterparts in many human societies. On average, each female spends only 1.6 days with a male, with whom she rests and eats together, and mates. Then she soon feels the need to move on, and the couple separates. Footloose and fancy-free, these monkey females! 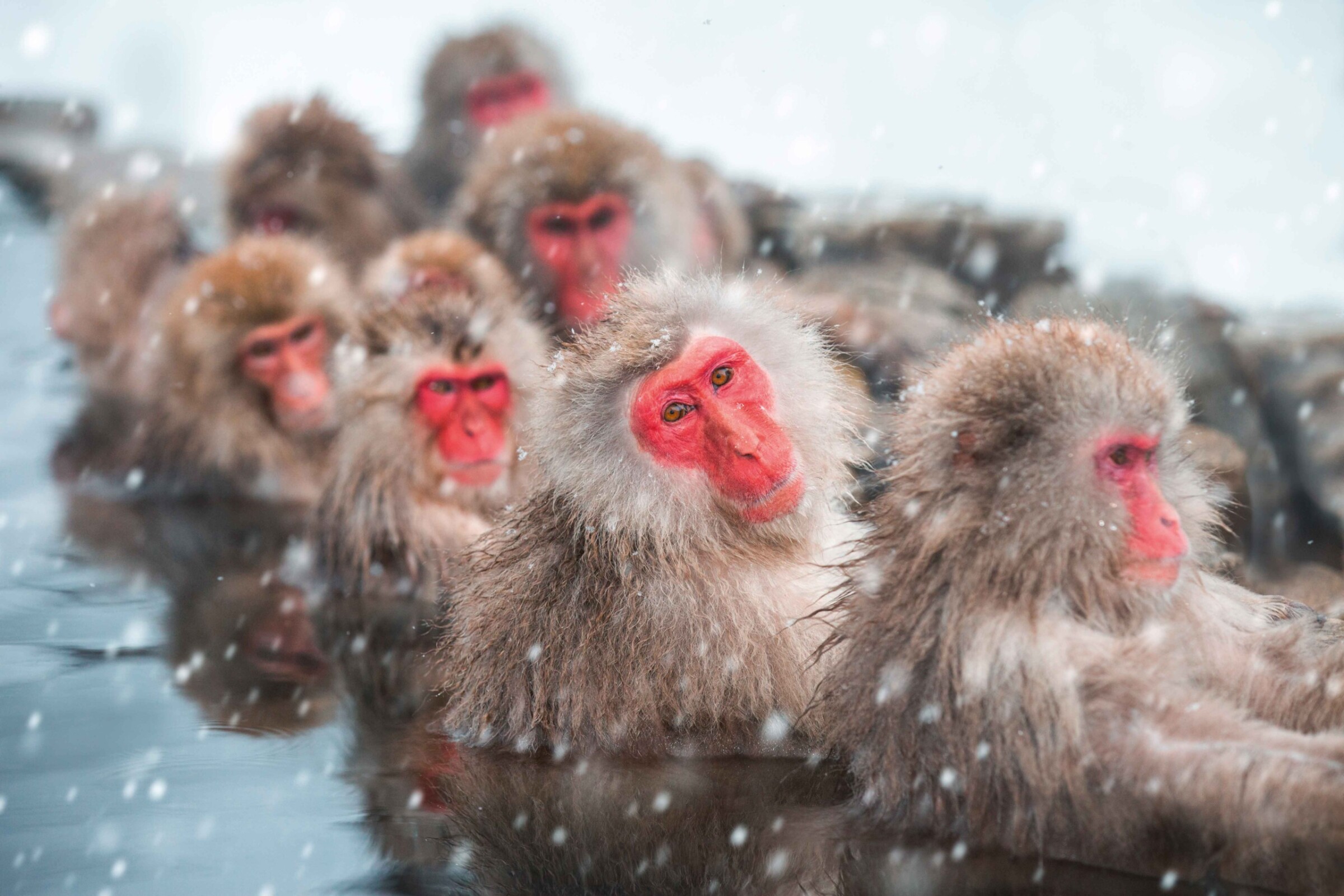 Another thing worth mentioning is that these creatures are anything but stupid. When it comes to their ability to grasp new things, snow monkeys are among the best. Some – in most cases the leaders – even show genuine ambition. In general, the expert climbers are eager to copy tricks from their fellow group members, whether in the wild or in a zoo enclosure. Back in 1979, for instance, zoologists observed a female macaque playing with pebbles, piling them one on top of the other like a child playing with building blocks. A few years later, half of the group could be seen passing the time with this previously unknown activity. Another female monkey worked out for itself that sweet potatoes taste better when they’re washed before consumption. So she scampered to the river with her harvest and scrubbed the sand off – and this was a behaviour that soon found avid emulators among other members of her family. The red-faced macaques have thus clearly demonstrated their learning abilities, very much to the satisfaction of zoologists!

Along with sweet potatoes, a huge variety of foods ends up in the hands and mouths of snow monkeys in the course of a year. Fortunately, they are not particularly choosy and will take pretty well ­anything made available by their natural surroundings. They have a special preference for fruit, although their mainly vegetarian diet also includes herbs, nuts, seeds, leaves and fungi. Occasionally insects and small fish can be found on the menu, however. Members of this species living in the northern reaches of its island habitat even feed partly on tree bark. Here again, intelligent Japanese macaques tend to err on the side of caution, putting on a layer of fat during the warmer months so that they can survive periods of food scarcity in winter.