The never-ending quest for ultimate precision

It’s the classic situation all over again: Two young men suddenly come up with the idea of starting up their own business. They rent a hall and clear out huge amounts of scrap, buy two optical profile grinding machines and start operating on 1 April 1984 as a contract producer of steel sections for the ball bearing industry. 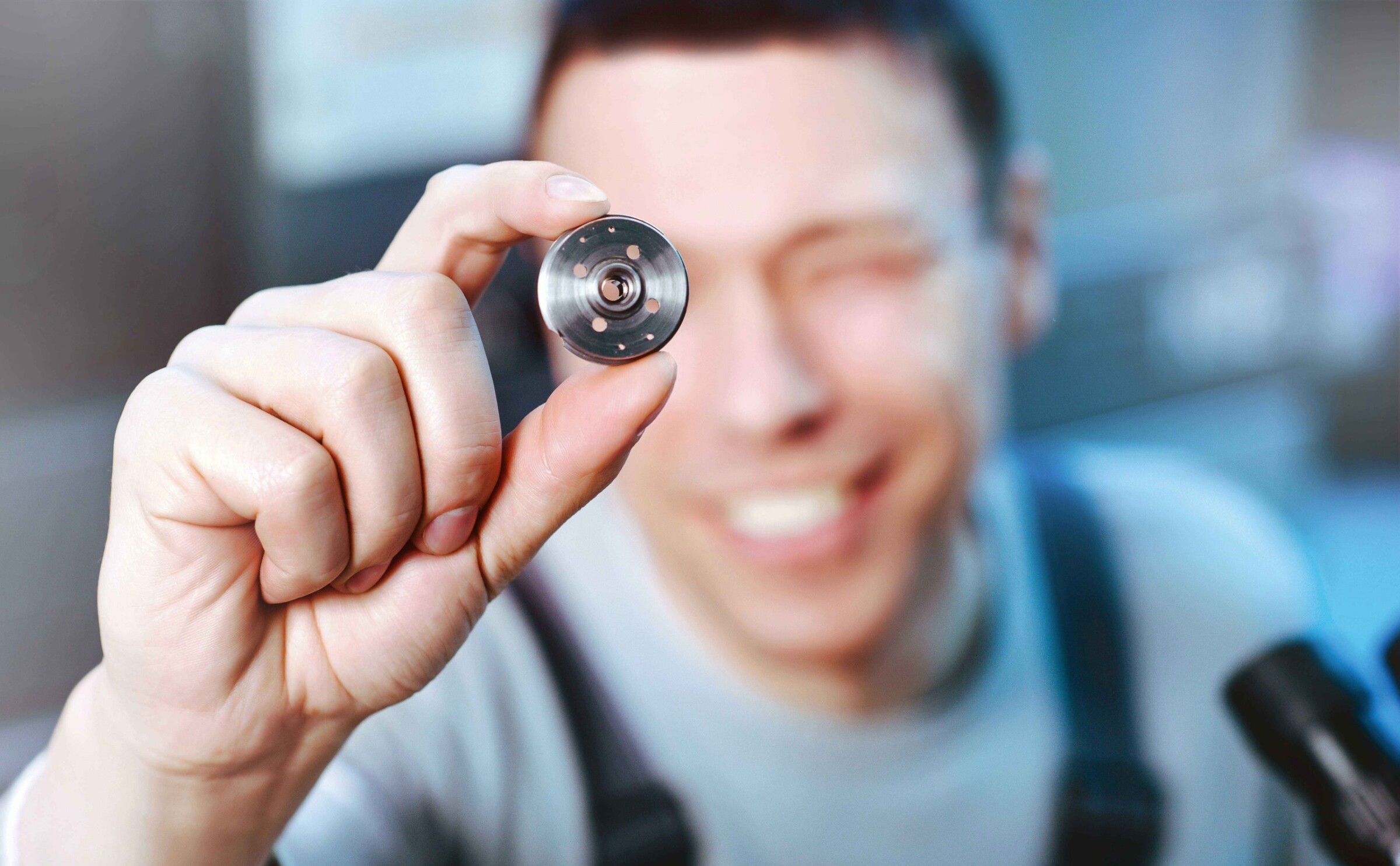 The never-ending quest for ultimate precision

It’s the classic situation all over again: Two young men suddenly come up with the idea of starting up their own business. They rent a hall and clear out huge amounts of scrap, buy two optical profile grinding machines and start operating on 1 April 1984 as a contract producer of steel sections for the ball bearing industry.

The never-ending quest for ultimate precision.

The idea of going it alone.

The company name was soon found. Johann Tröstler and Leonhard Oberbauer decided in favour of the short and sweet name of TROB and took their first steps in successfully developing their company in Winden am Aign. Three years later, the founders bought a site in neighbouring Rohrbach an der Ilm and had their company building erected there. This is a small locality that is not necessarily on the tourist map and yet is a hallowed name for friends of “green gold”. The cultural landscape around it, with the world’s largest hop-growing area, is intimately associated with the ancient art of beer-brewing – the Hallertau. Agriculture powerfully influenced by hops for centuries was the original point of departure for Tröstler. For his parents made their livelihood from hop-growing and hoped that their son would follow in their footsteps. However, he was more interested in engineering, had a day job and helped out after work in his parents’ business. Tröstler remembers his father with great respect: “Although he was unable to keep up with the changing times, he nevertheless gave me financial support in setting up the business. Today Tröstler is TROB’s managing director. His partner Oberbauer retired in 2009, remaining loyal to the company until his early death in 2012. 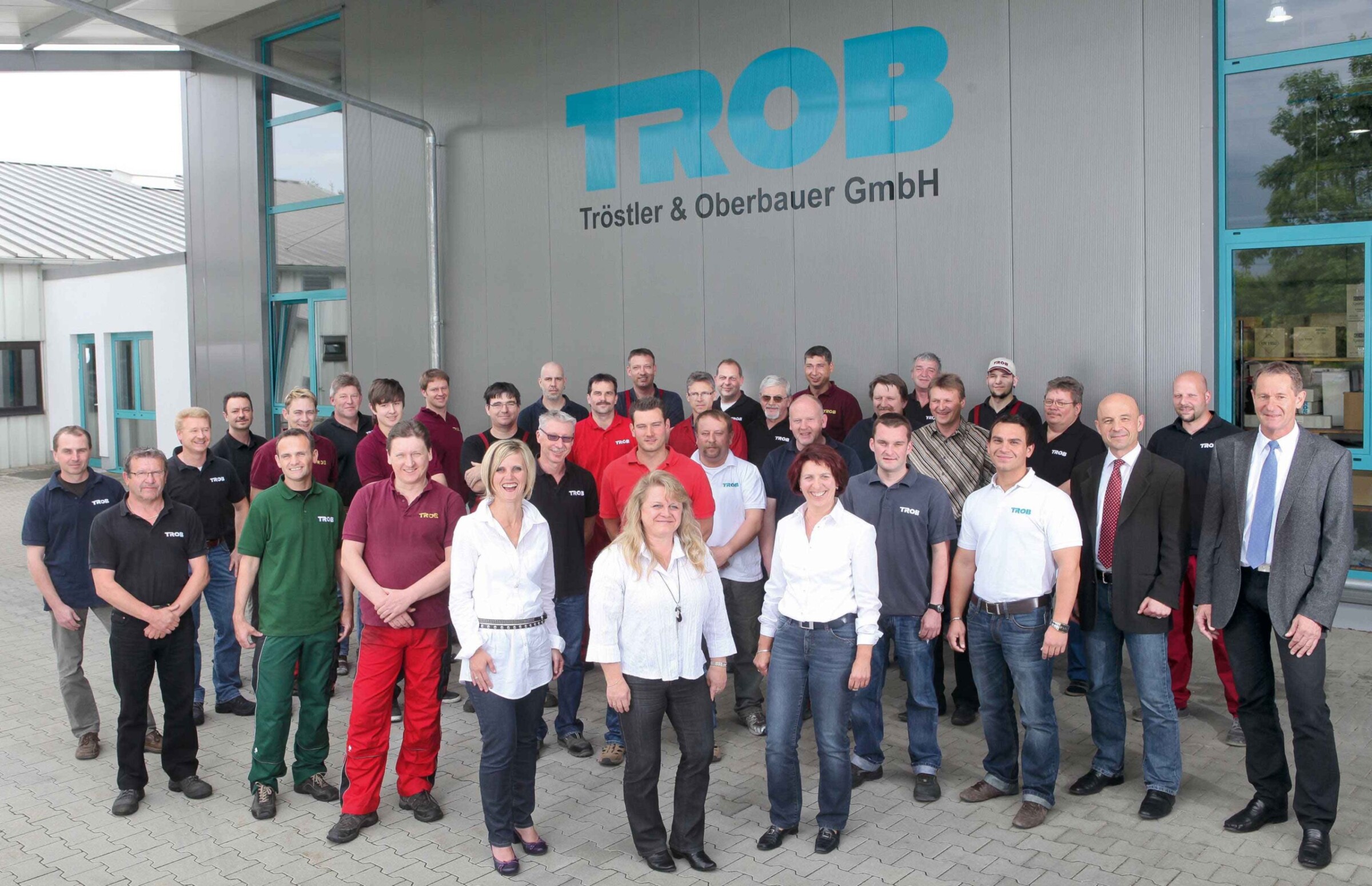 “We love the challenge.”

With an extra building extension, the production area has now been increased to around 2000 square metres for 35 machines for grinding, milling, turning and EDM. Today’s 50-strong workforce, including three trainees on average per year, has made the company a specialist in precision components in small production runs and often in one-offs. The customer reference list reads like a Who’s Who of industry – from medical technology to the electrical, automotive and aircraft industries, and from machine manufacture to aerospace. In short, TROB can be found in all areas where precision components and tools – usually wear parts – play a crucial role in machines, systems and equipment. “Right from the start, our goal was to place our products in a league that excludes many of our rivals, and that was exactly where we targeted our investments,” says Tröstler proudly explaining his strategy. His son Johannes, a mechanical engineer, has been working alongside his father for the last three years. They share a high degree of trust in each other, and Johannes has also made his father’s motto “We love the challenge” his own: “Sometimes we have customer requirements that our employees think are barely feasible. That’s when our slogan comes into play, because only when it gets tricky does it get interesting.” Their core business – as both see it – is high-precision parts that are difficult to produce. This is precisely why the goal is still to aim for high vertical integration of at least 95 per cent, because “this is the only way we can assure our quality and meet the customer’s wishes for increasingly complex products with complicated interiors.” They machine carbide, steel, non-ferrous metals, ceramics and plastics. On average, the machines handle 800 different parts for around 300 customers – mostly regulars. 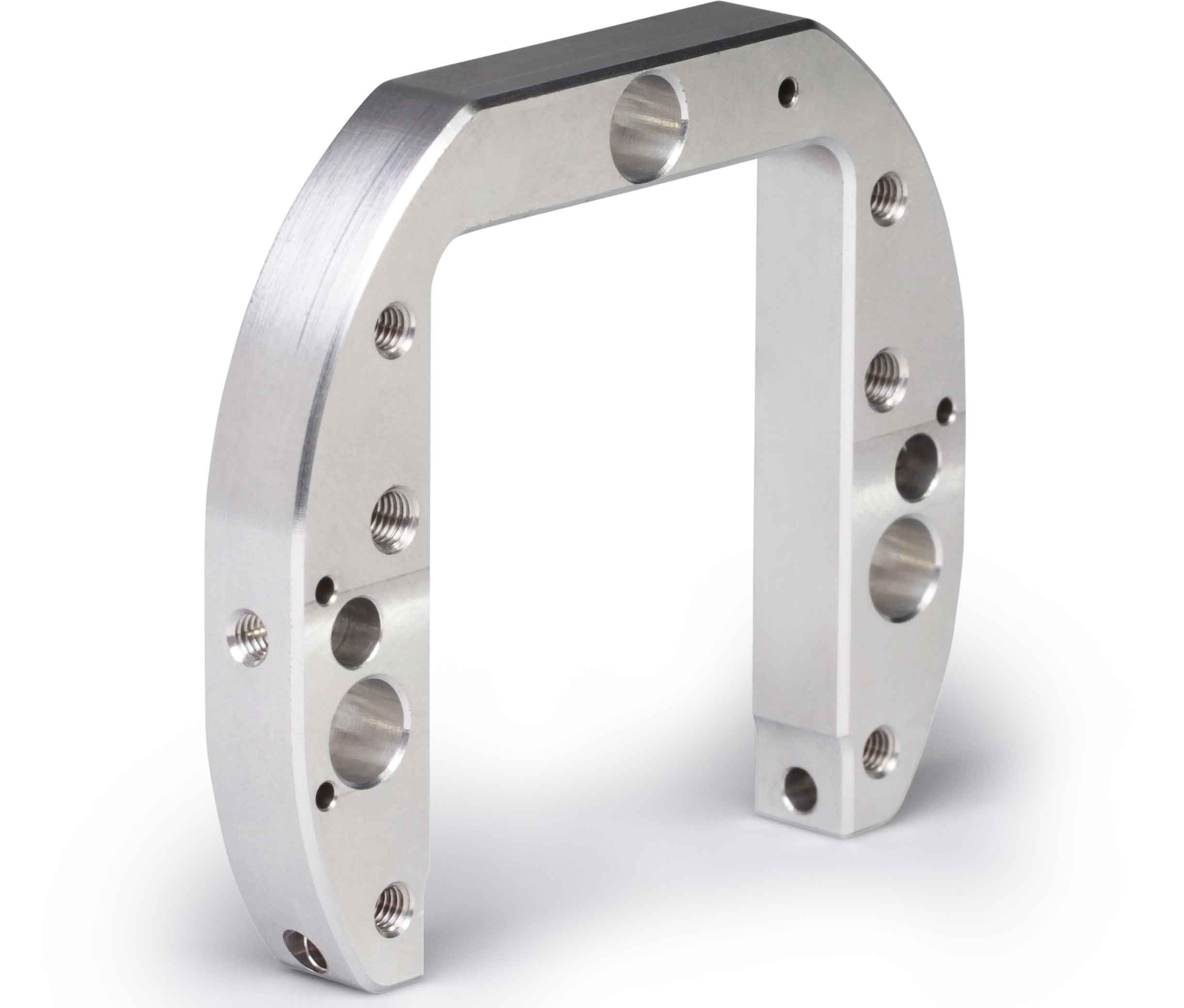 When things get tricky, they get interesting.

“On the new one, the wire rethreads spot-on.”
Die-sinker EDM has been contributing to the firm’s high vertical integration since 1986, joined a little later by wire EDM. Johann Tröstler underlines his recent investment in two machines: “If you want to produce complicated parts with the best-possible precision and surface quality, wire-cutting is a must, otherwise you’re going to be disappointed.” In 2017, their attention was drawn to the two high-precision machines, the Mitsubishi Electric MP1200 and MP2400, by customer recommendations and through their own tests. The decisive factors for their choice were ultimately the wear-free Tubular Shaft Motor and above all the new wire-threading technology for greater efficiency in unmanned operation. In the event of a wire breakage, the machine threads the wire into the kerf a short distance ahead of the “problem zone” and resumes working. Previously in such cases, the wire had to be manually threaded relatively often–and if the wire snapped at the weekend or at night, the machine was immobilised until the machine operator fixed the problem. 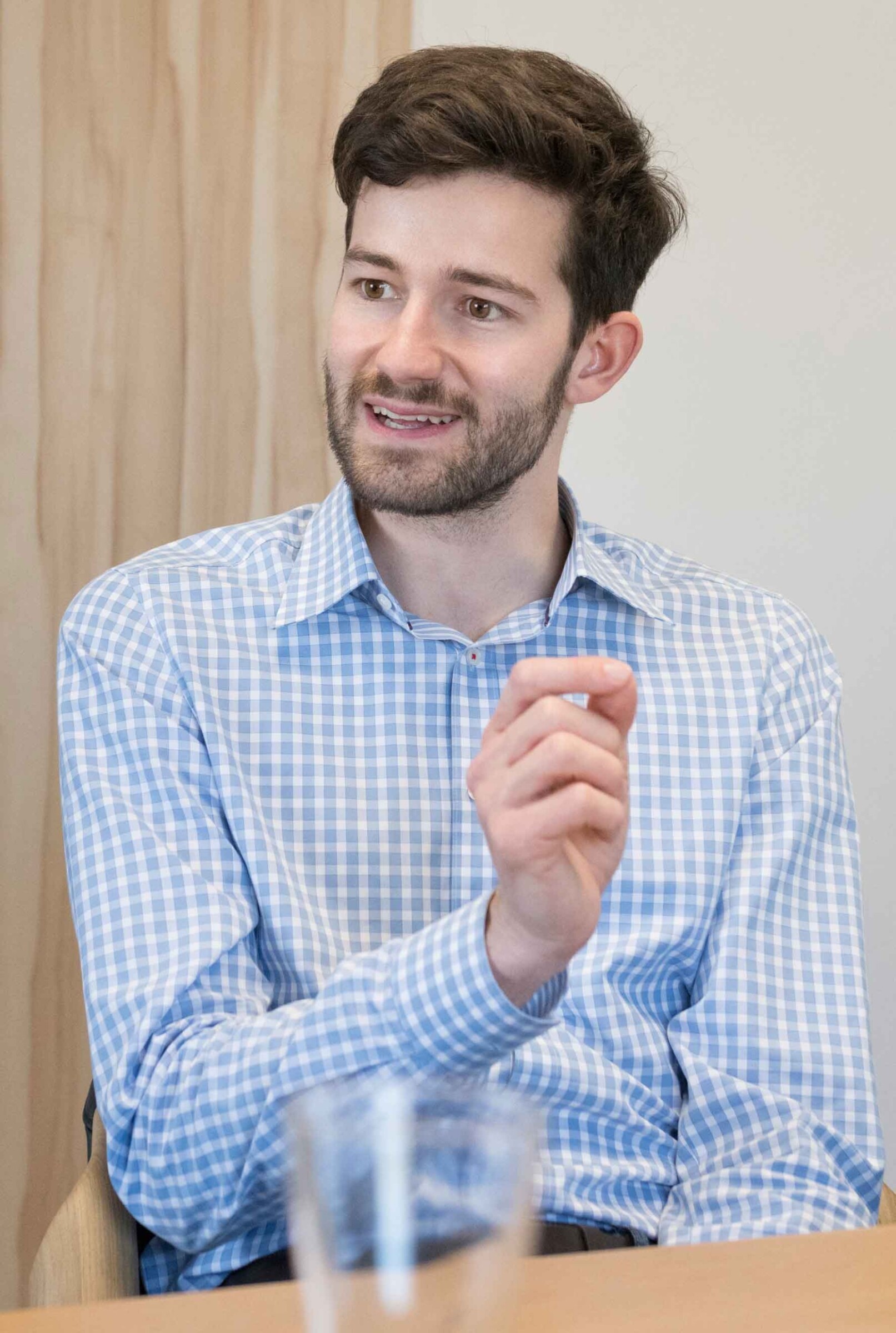 When we invest, we usually first exchange ideas with our customers. This is where we get the best hands-on tips and experience.

“Accuracy to the nearest micrometre is the highest goal”

The machines’ accuracy is plus/minus one micrometre. If the desired tolerances become even smaller, Johann Tröstler sometimes calls these anxiety tolerances, because “then the matter is beyond accurate verification. We ­mention this to our customers, because openness and honesty are the be-all and end-all”. 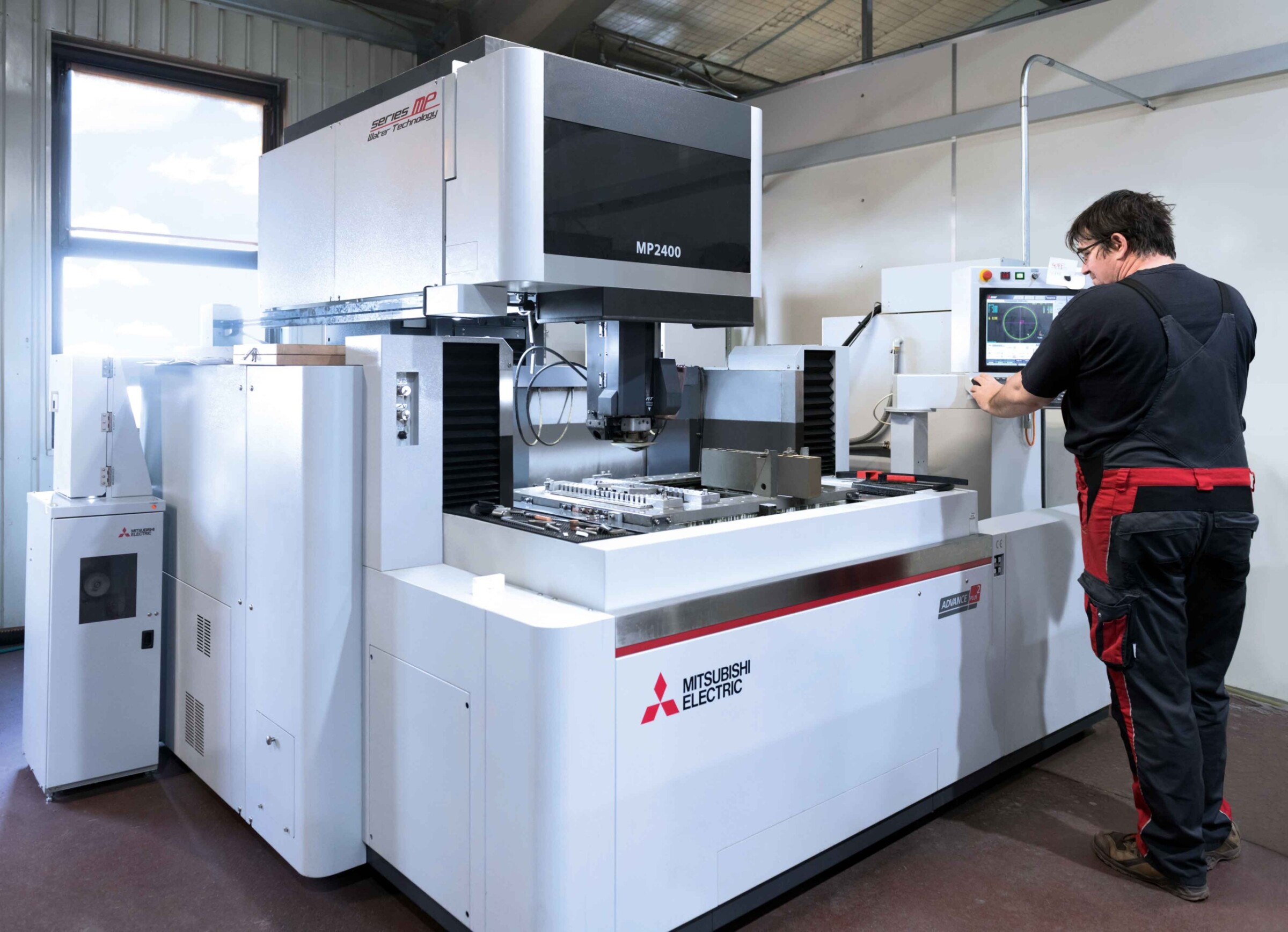 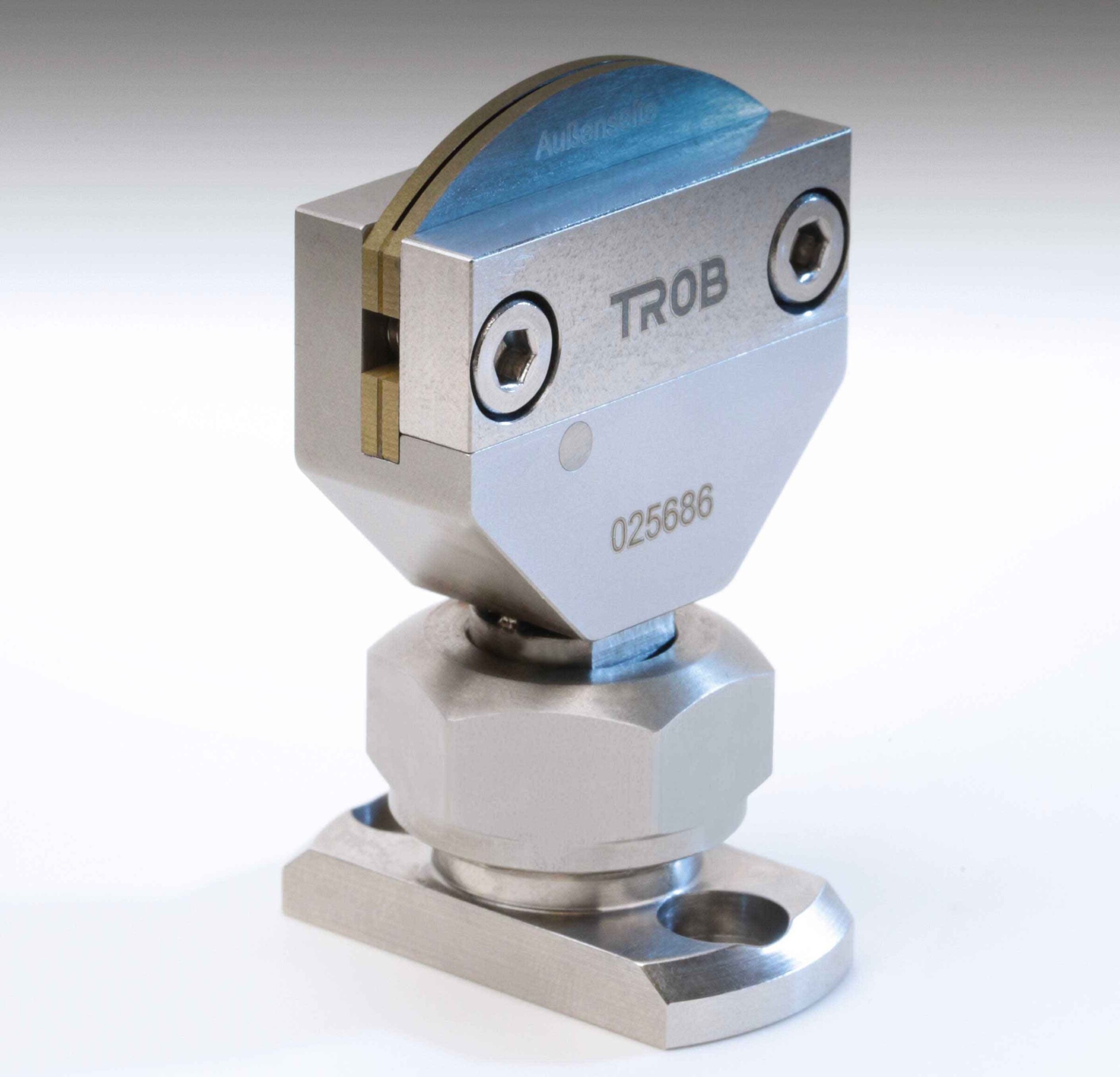 “Our vision is that today’s experience is converted into future solutions that work at the press of a button”
75 per cent of TROB’s customers come from Germany, and the rest predominantly from other European countries and a few from the USA, China and India. The two entrepreneurs are proud of the fact that word of mouth in particular is expanding their customer base, repeatedly stressing: “We owe this to our highly skilled and motivated team. Without it, we wouldn’t have got this far.” Johann Tröstler quips: “Let’s see when I can retire – I’m 64 as it is.” From his son comes a clear rejoinder, which his father is also happy to hear: “He promised to only leave when I no longer need him, but I’m pretty sure I’m not done with him yet.” 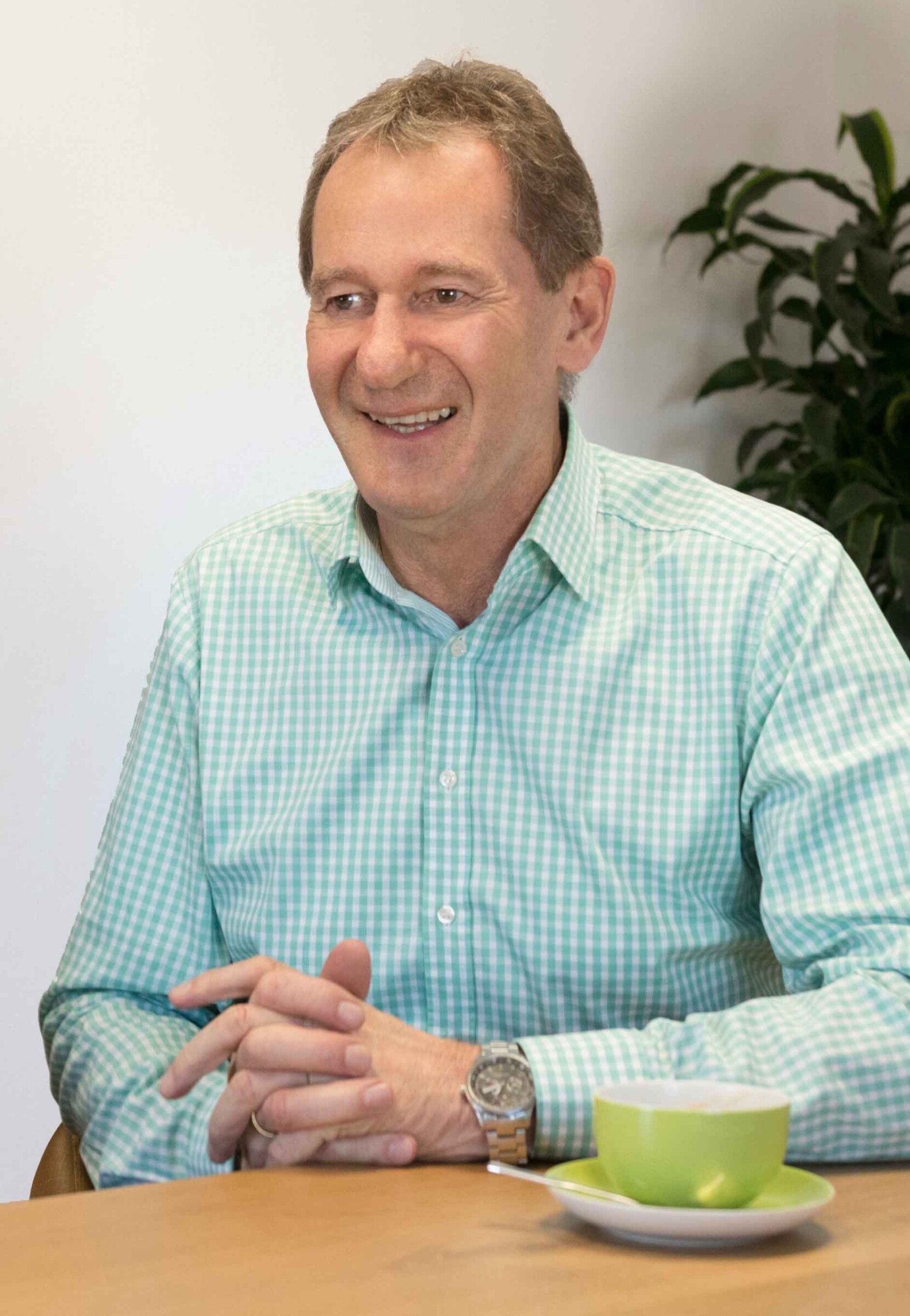 Good results call for high-precision machines and flexible and motivated people. And this is what we’ve got. 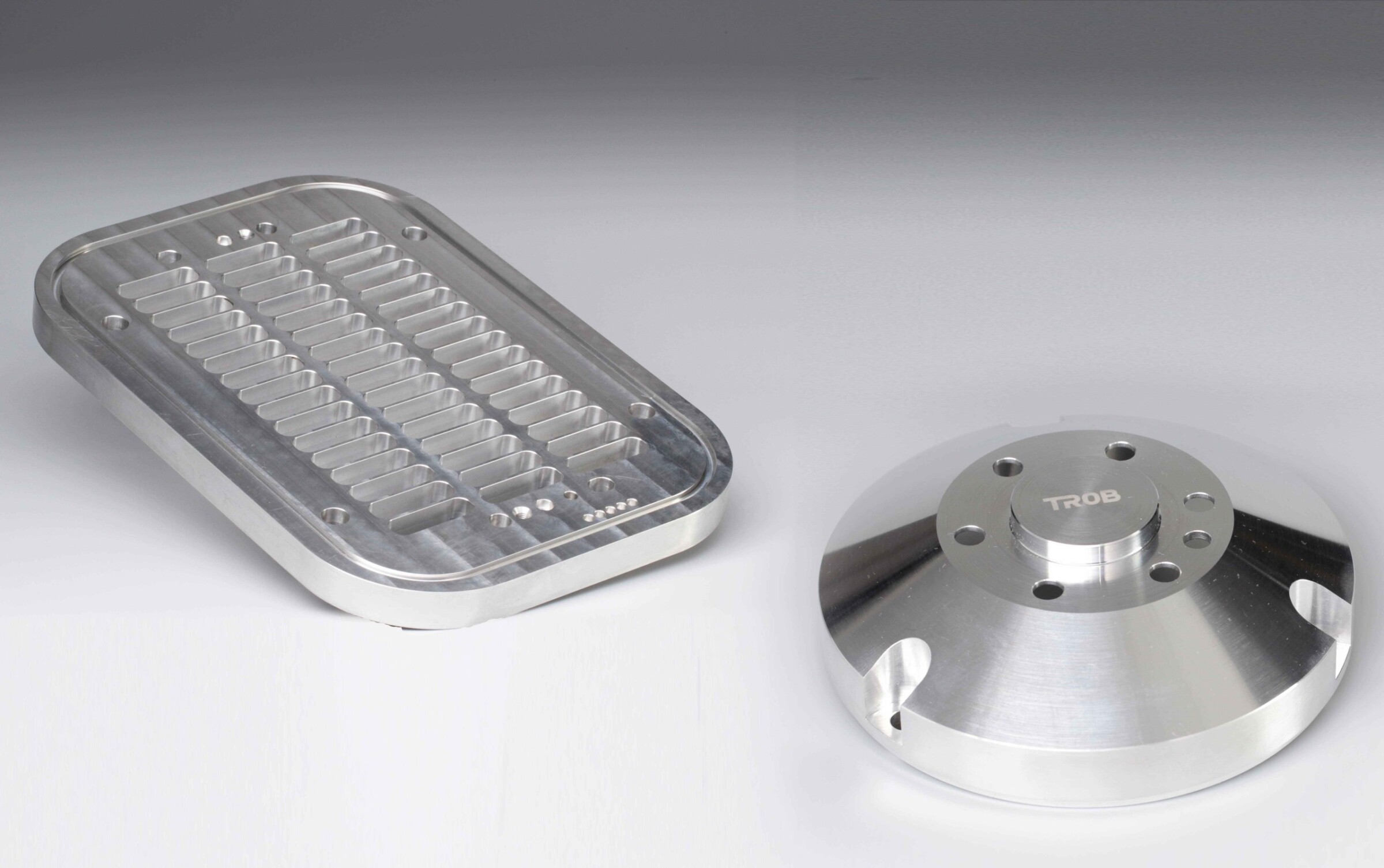 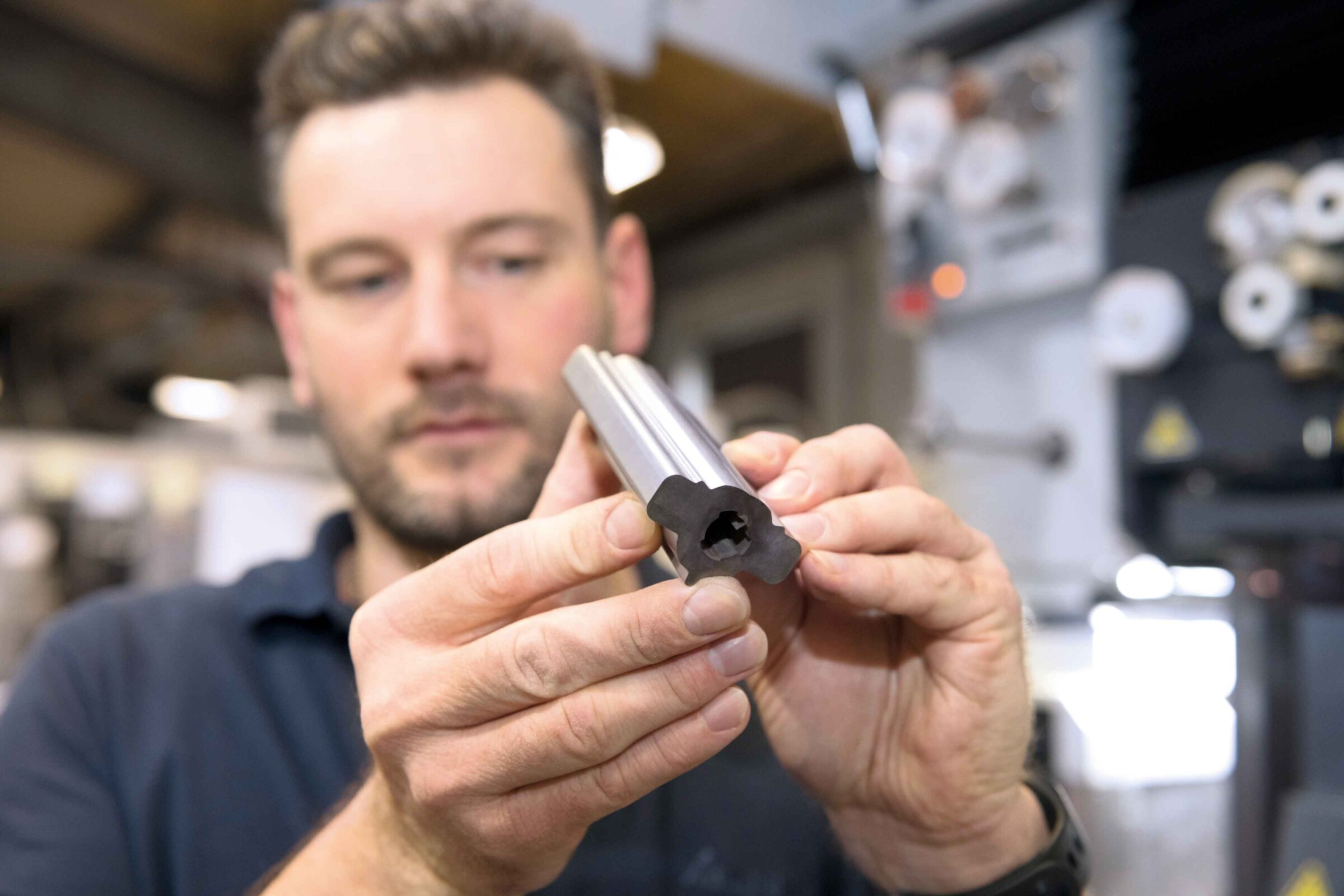 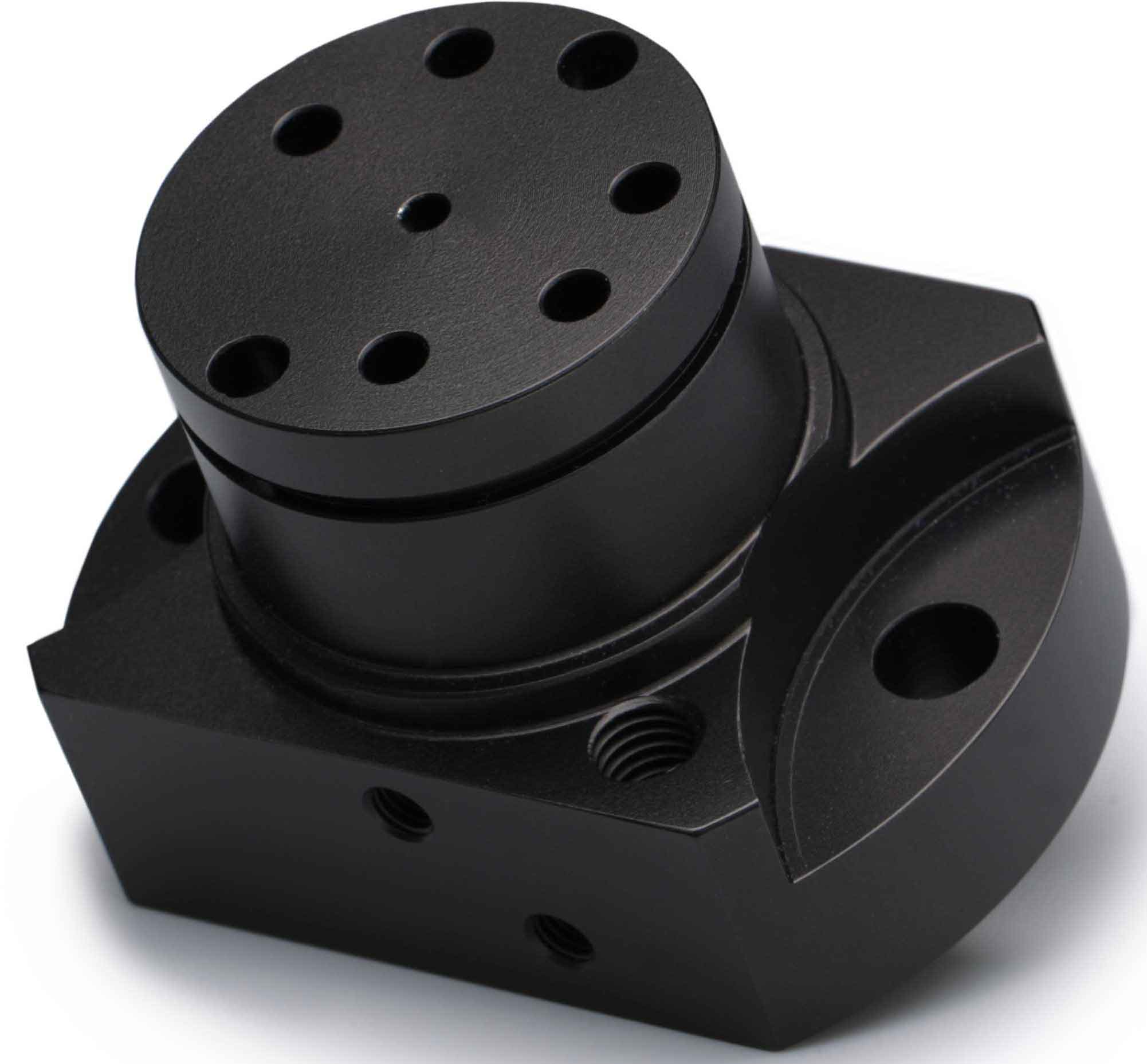 PVC nozzle for the automotive industry