Mitsubishi Electric explains what is feasible with its new feature of the M8 CNC series Direct Robot Control.

Mitsubishi Electric explains what is feasible with its new feature of the M8 CNC series Direct Robot Control.

Mitsubishi Electric has taken big step forward, for it will be easier to automate machine tools from now on, as the robot can easily be connected on the plug & play principle to machine tool controls. The control recognises the robot, and the machine operator can use the robot immediately as an extended automation unit and also directly control it via the NC program. “Essential for this, of course, is that the control belongs to the M8 CNC series from Mitsubishi Electric, our new Direct Robot Control feature is installed and the robot with its basic data is known to the system.” Then, says Key Account Manager Frederik Gesthuysen of Division Mechatronics CNC, the robot can indeed be very swiftly commissioned on the plug & play principle at the machine tool. Machine operators can then use the robot even at different machine tools as required and depending on size, either permanently installed in the centre of a production island or in a mobile arrangement in production.

Operation via a Teaching-Box or PLC rendered superfluous

Thanks to the new Direct Robot Control function developed by Mitsubishi Electric, the robot can be controlled by G-codes, thus rendering superfluous operation by Teaching Box and smart panels or starting the robot program via the PLC, Mitsubishi Electric stresses. “Most operators feel immediately at home here. It goes without saying that functions known from CNC technology can also be transferred to the robot.” This, says Gesthuysen, creates new and varied applications that were previously impossible. 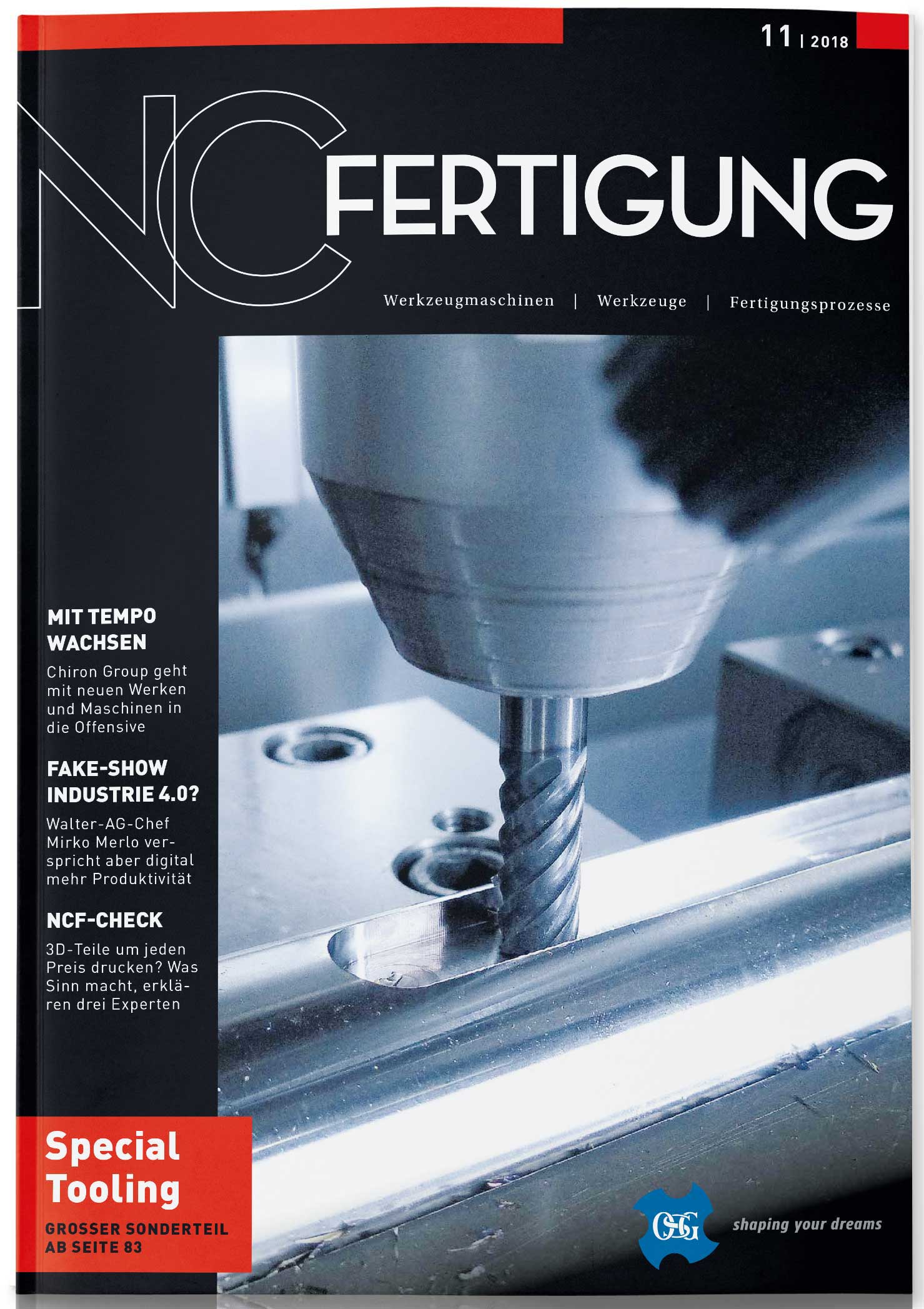 Switching between CNC and robot controls with the 1-touch feature

Controlling the robot with the Direct Robot Control from Mitsubishi Electric couldn’t be simpler, on the basis of Gesthuysen’s initial experience. Basically the robots can be run without difficulty in jog mode via the integrated robot HMI on the CNC control. Jog mode enables the user to drive individual axes manually. The status of both the robot and CNC are easy to monitor. No additional programming knowledge is necessary. The robots can be controlled effortlessly by G-codes or PLC signal. The programming effort is reduced considerably, Mitsubishi Electric claims. DRC enables the user to synchronise the movements of the robot and CNC machine with minimum touch gestures at the touchscreen. “Incidentally, switching between the CNC and robot controls is very simple and quick – with our 1-touch feature,” Gesthuysen stresses. In addition, other features from Mitsubishi Electric such as error logs and process and operation histories help to optimise processes. “The bottom line is that almost any production set-up can be scaled with DRC in such a way that the user is always in a position to flexibly respond with robot automation to suit his workload,” Gesthuysen explains. How the system works is also shown by the film on the Mitsubishi Electric website. 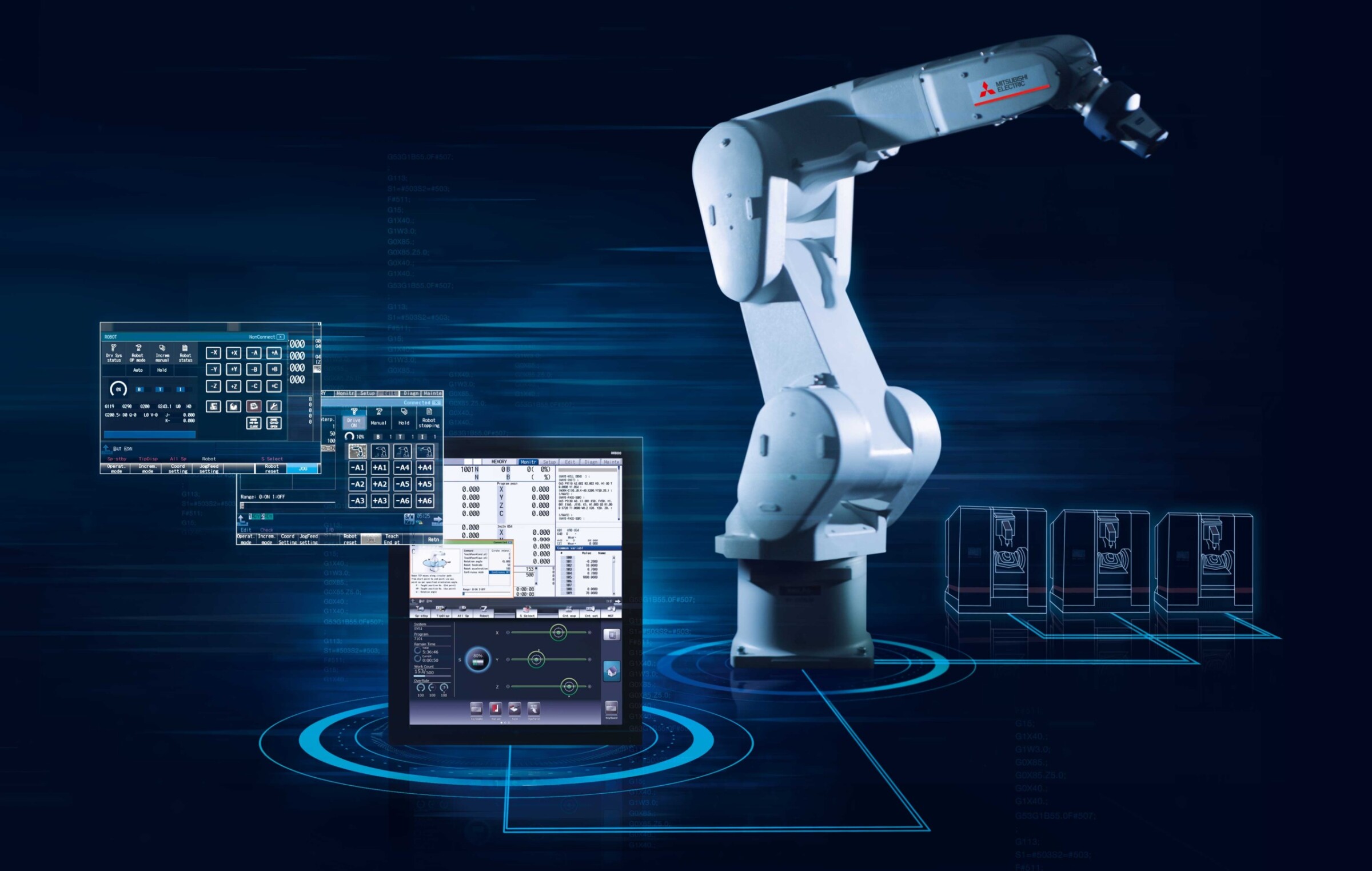 Flexible implementation with a uniform system of coordinates.