Three in one go. High precision from the gemstone town

Loch’s EDM team is always true to its slogan “Always a cut above the rest!” 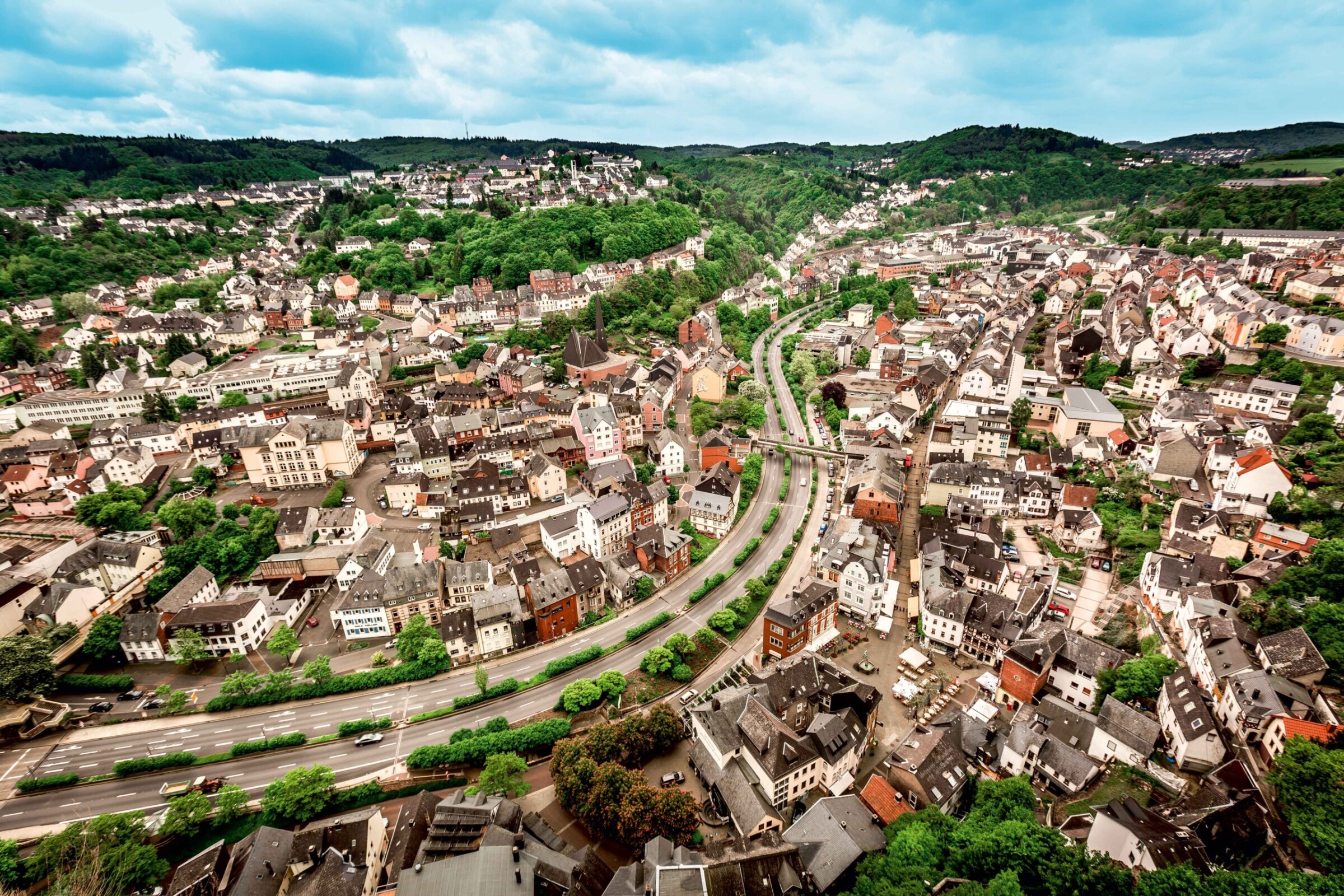 Three in one go

Loch’s EDM team is always true to its slogan “Always a cut above the rest!”. 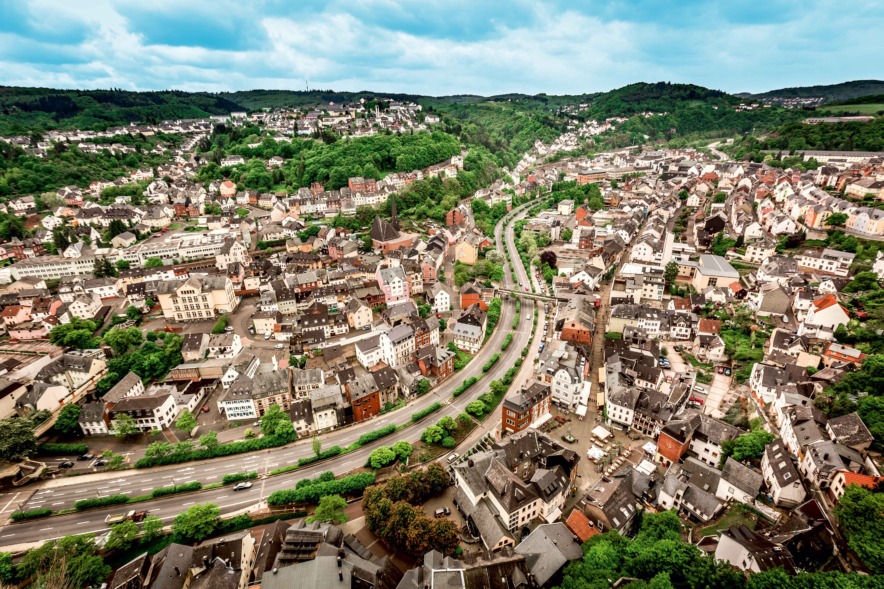 Three in one go. High precision from the gemstone town.

Good planning is everything – that at least was the philosophy of the EDM team of Wolfgang Loch’s business in Idar-Oberstein when it commissioned several new wire-cutting machines of the MV Series in one go last summer. Three of the six machines were replaced within a week. By the weekend, processes were running smoothly and the first workpieces were being clamped on the new machines. “When you replace 50 per cent of a certain type of machine, everything has to be perfectly organised,” says a matter-of-fact Heiko Konrath, head of EDM and responsible for process planning at Loch, who is also keen to praise the manufacturer’s engagement: “We had three service technicians from Mitsubishi working here so that ­everything really did go as planned.” 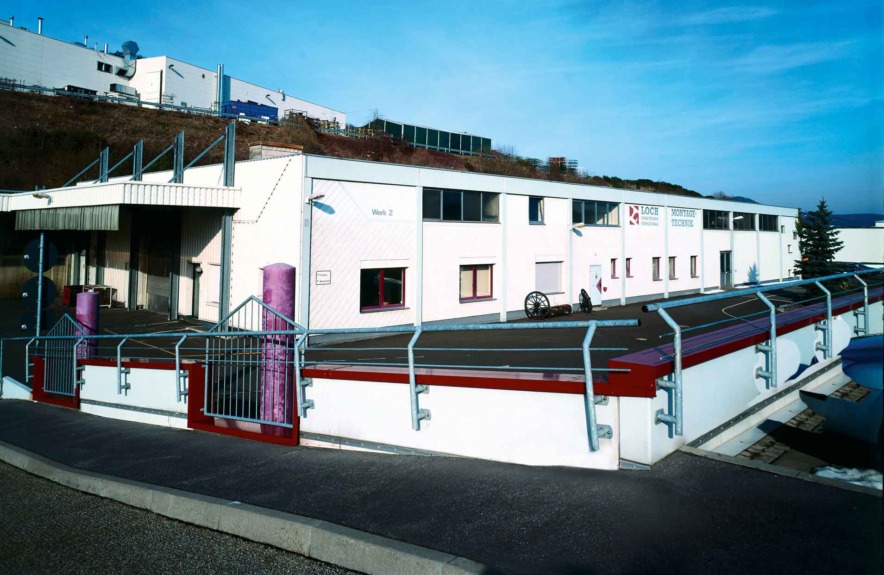 Thanks to lean management successfully introduced in 2009, good organisation and streamlined production processes have meanwhile become second nature to employees. “We hardly stock any spare parts or even finished products,” Marius Loch explains, the business’s Sales Manager. “As a component supplier to the automotive industry, we are used to supplying just in time. This is also mirrored by our internal processes, which we have managed to radically accelerate. If, for example, a plate in a tool ruptures, it is immediately replaced in next to no time by the firm’s own toolmaking department.” This is aided by the continuous data flow that starts in tool design and even per its modifications of the on-going process at short notice with the aid of the CAM system. The strategy has long paid off. Not only have processes and working methods been optimised, but the engagement of the company and particularly of the workforce has been commended with the Lean & Green Management Award for SMEs from Growth Consulting. 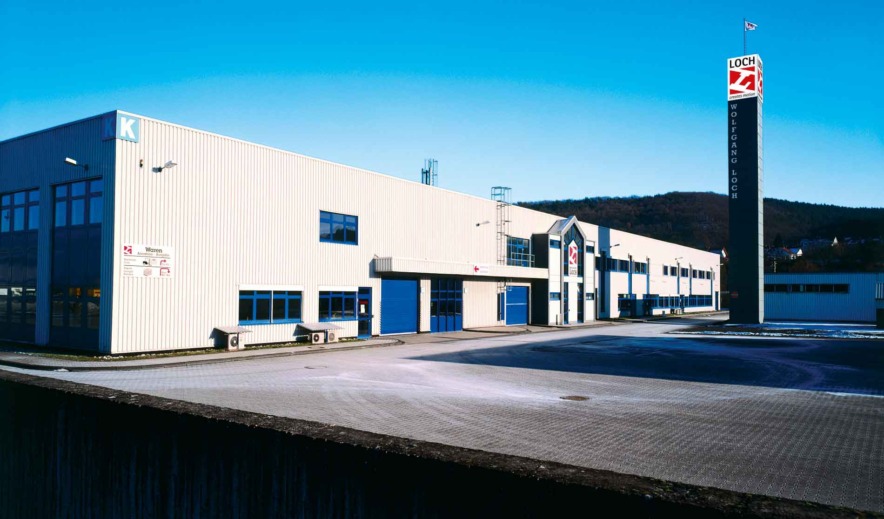 The dimensions of the required tools are enormous: “Our automatic punching presses have a pressing force of up to 1000 tonnes, and the machined progressive and transfer tools can be up to 4.6 metres long,” Konrath explains. So that replacement parts can be produced quickly, the company takes a somewhat unusual approach. The tool parts are made straight out of hardened material. For this, it stocks blanks of twelve different material grades in thicknesses of 3 to 150 mm. 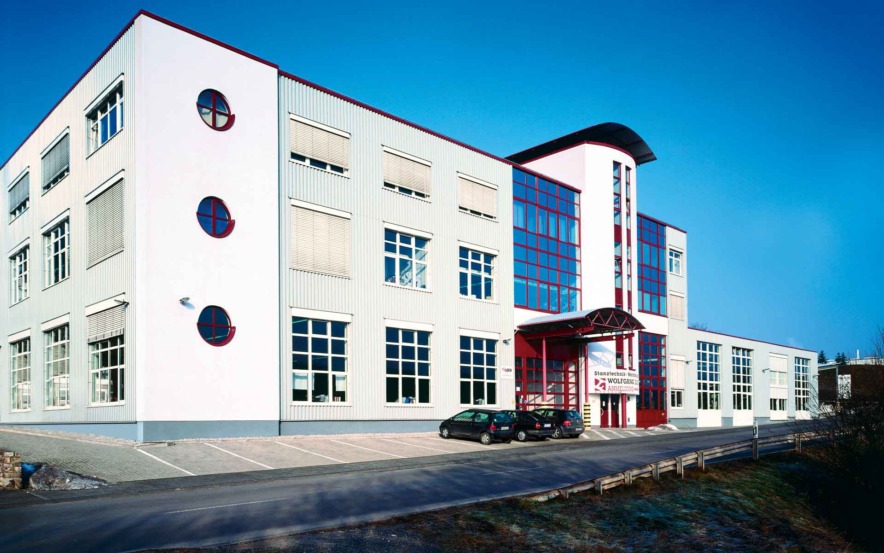 Machines that operate reliably and quickly.

Despite the firm’s streamlined organisation, no two days are ever the same. Each morning, the constantly changing jobs are discussed by the team – which is not surprising in view of a product portfolio that now covers several thousands of pressed and assembly parts. The product range extends from valves for pressure cookers for the household goods industry to safety-relevant parts, such as components for airbags for the automotive industry and medical technology. Since its establishment in 1976, the company has evolved into a globally operating enterprise with over 300 employees. Konrath sees one of the reasons for his firm’s success in the fact that it supplies everything from a single source and consistently ­invests in the latest production technologies. Only recently, it commissioned a production configuration consisting of a 200-tonne press and a stamping and bending machine. “Only by constantly developing – be it in technology or the further training of our staff – are we able to supply products of superlative quality and above all keep to deadlines. And these are getting tighter,” Konrath confirms. 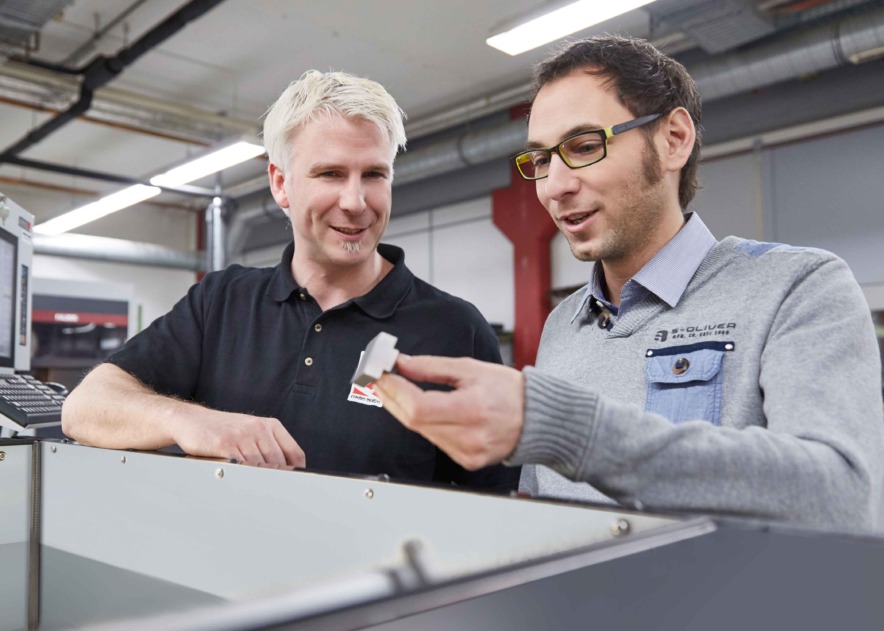 Stoppages of the firm’s own punching machine are not therefore an option. “When we urgently need a tool, we require machines that run quickly and reliably. Sometimes, it is genuinely a matter of a couple of hours when, for instance, parts still have to be milled the next day because we’ll otherwise miss the slot,” Konrath elucidates. 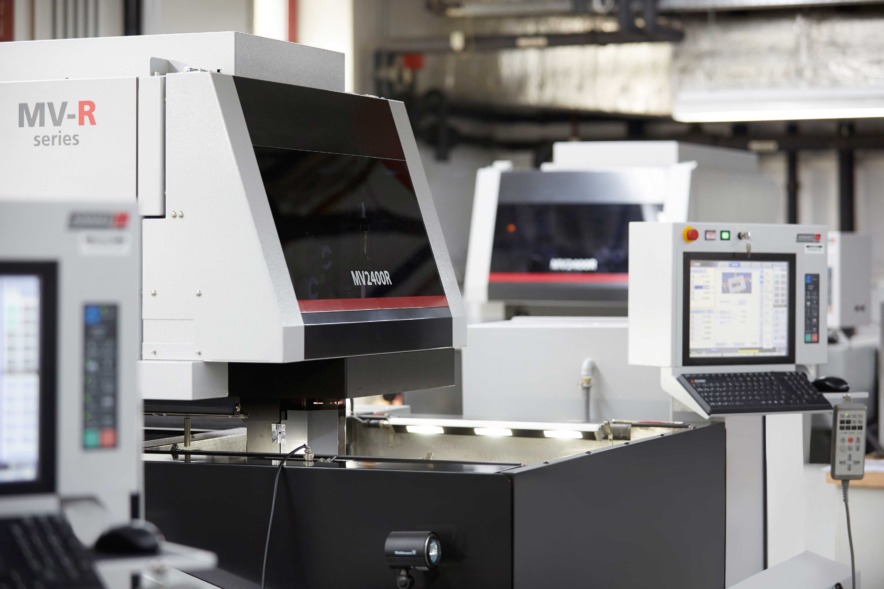 Two of the three machines of the MV Series are used almost exclusively for the machining of replacement parts for the firm’s own toolmaking activities – this is the only way to comply with the extremely short production times demanded.

Mitsubishi Electric wire-cut EDMs have been part of the machine park since the mid-Eighties. “The first machines still needed manual threading,” Konrath recalls. Today, five EDMs from Mitsubishi Electric (three MV2400Rs, an FA20S and an FA40V) are in operation almost around the clock. The three new machines have a high workload and have already clocked up a good 4700 working hours. Or, expressed in other words: on average, each machine processes three to five workpieces per day.

For Heiko Fuchs, another member of the EDM team, a number of factors contribute to trouble-free production. First and foremost, there’s the new wire threader of the MV Series. “If it fails to thread, something has to be seriously wrong. No competition machine has such a good threader,” says Fuchs, still impressed. “I originally thought that the technology was something that worked in the test lab, but the threader is still working perfectly ­after 300 days in service – even rethreading at the wire breakage point, with or without a water jet.” While machines used to occasionally break down overnight, the failure rate today is practically zero.

He also believes that the MV Series offers abundant opportunities for refining the machining process. The Power Master tool running in the background monitors the cutting process and takes remedial action when wire breakage threatens or the contours of a corner are difficult to cut. On other machines, the operator himself has to intervene to reduce speed. “The Mitsubishi machine with the Power Master does this all by itself,” says Fuchs reporting from experience. 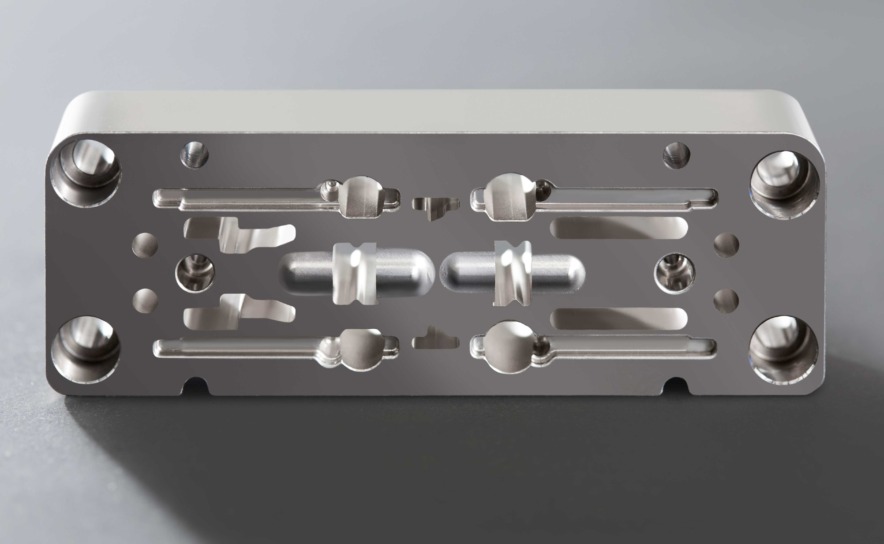 When machining workpieces, every hour sometimes counts – only with advanced production technologies is it possible to conform to the customer’s time frame.

Compared to the predecessor machines, maintenance costs have also shrunk to a minimum and are basically confined to annual servicing. The team as a whole is appreciative of the machines’ easy access and the simplicity of replacing the wire. “We also attached great importance to repeat accuracy,” Konrath adds. Konrath’s and Fuchs’s verdict is therefore unequivocal: “The Mitsubishi machines are simply unbeatable when you consider the combination of precision and reliability.” 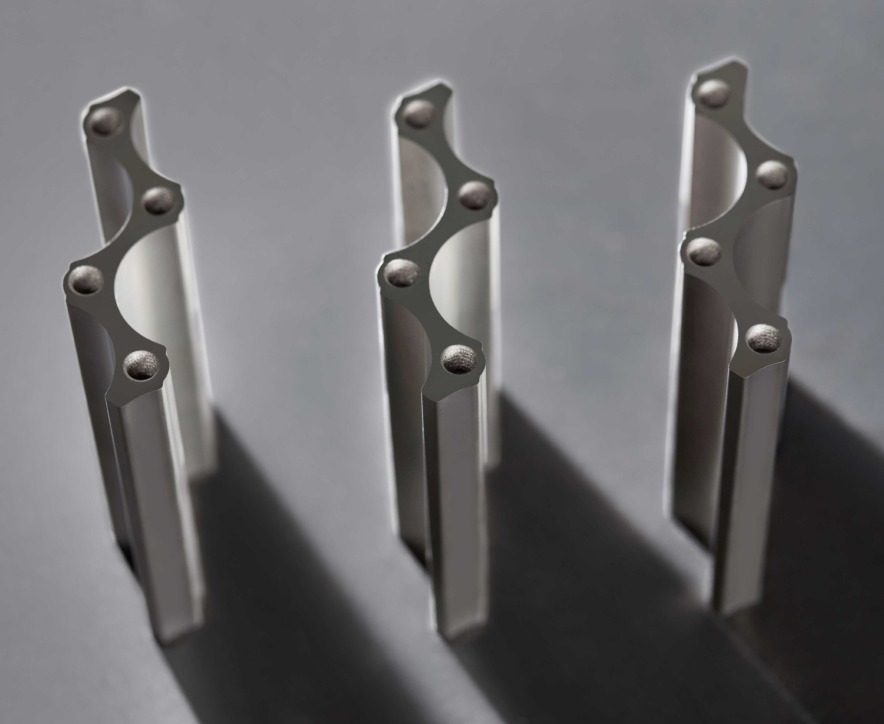 These laterally lowered contour-cutting punches are destined for the automotive industry.

In fact, the Mitsubishi Electric machines are not alone in contributing to precision machining, for investments are currently being made in air-conditioning for the EDM room so that the precision and availability of the machines are assured. So that the climate within the EDM team is also congenial, everyone pulls his weight, particularly where urgent jobs are concerned. “Each of us is capable of handling everything from programming through to machining. When it comes to complex jobs, our many years of experience and team spirit can make all the difference,” says Konrath summing up.

Mr Konrath, what advice would give to anyone buying an EDM system?
As far as our situation is concerned, workpieces aren’t getting any smaller, so it’s important not to buy an undersized EDM system.

Head of EDM and Process Planning 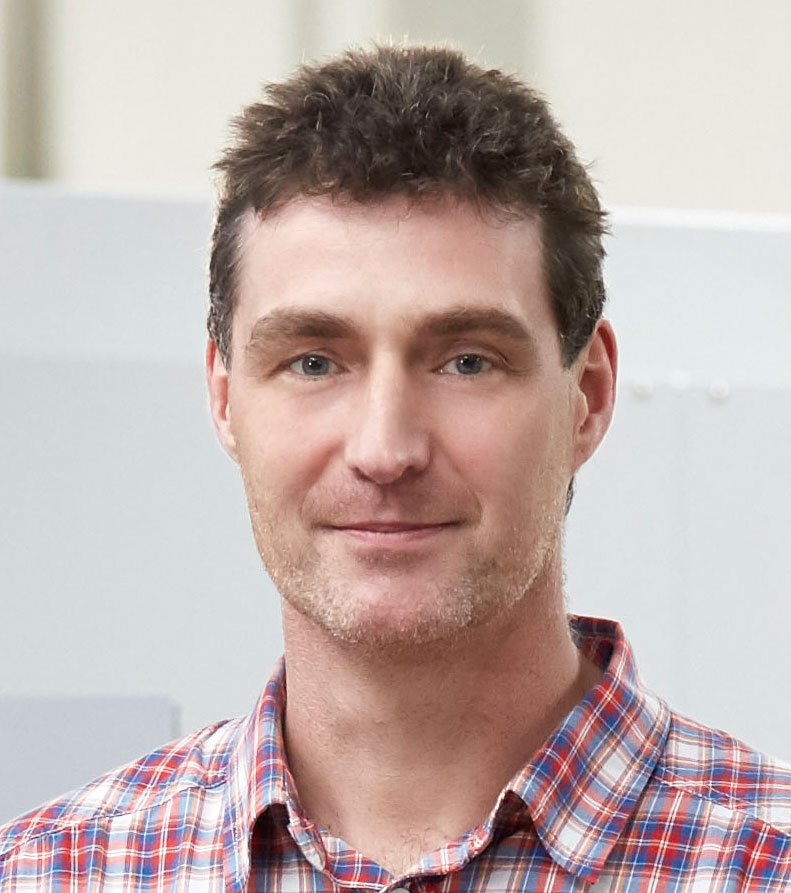 Mr Fuchs, why do you still find EDM so exciting?
Even after 17 years, there are still situations where I’m certain that everything’s ­running smoothly, and then something changes. Sometimes it’s the composition of a material that changes, sometimes the requirements relating to the workpiece. But that’s what makes it interesting – in EDM you learn something new every day.
Mr Fuchs, what’s the most important attribute of an EDM system operator?
Steel is just as alive as wood – be it due to microscopic changes during hardening or the introduction of different material combinations. This also has its effects on wire-cutting – nothing can replace a feel for the material. 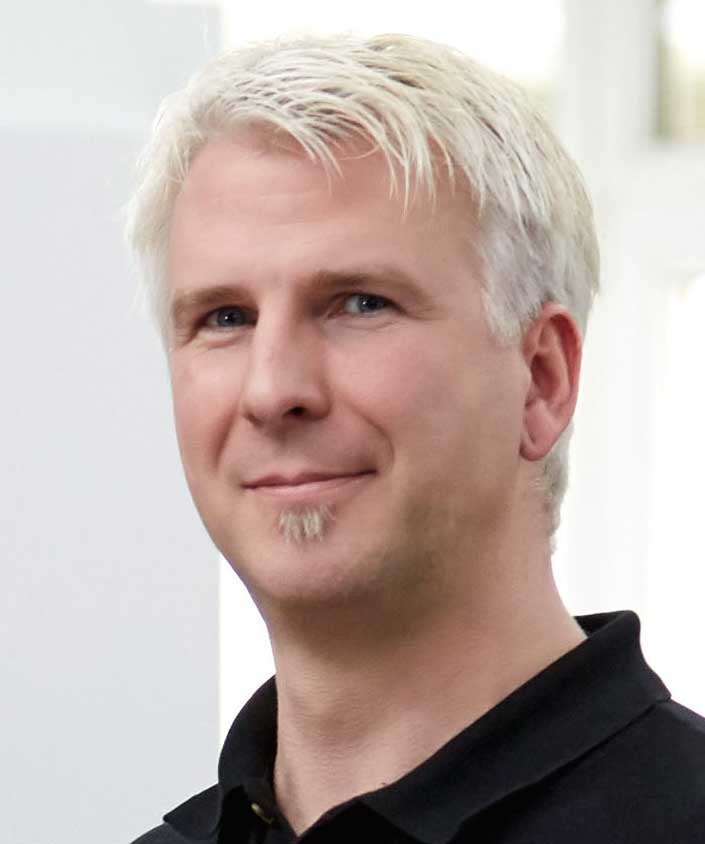