Switzerland has always enjoyed an excellent reputation when it comes to care and accuracy in precision manufacture. This applies not only to watches, but also to intricate mechanical items, tools / machine tools and medical technology. 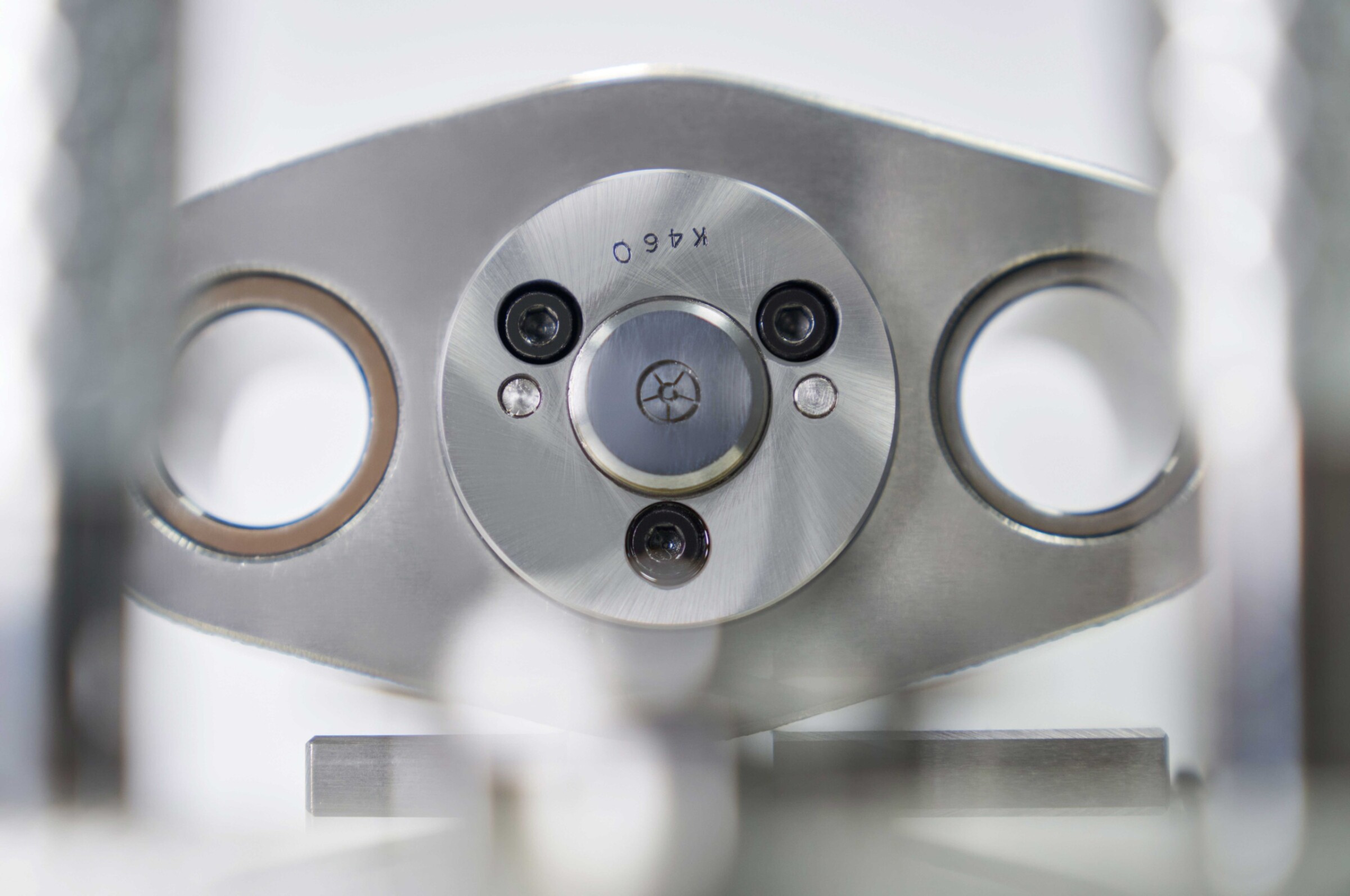 When every micrometre counts

Switzerland has always enjoyed an excellent reputation when it comes to care and accuracy in precision manufacture. This applies not only to watches, but also to intricate mechanical items, tools / machine tools and medical technology. Family-run Hemmann Schleiftechnik GmbH in Bettlach, a manufacturer of tools and mechanical components made of extra-hard and therefore difficult-to-machine materials, is also frequently given ”± 1 µm” as a tolerance specification.

”We produce high-precision tools and special parts for industrial customers in high-tech industries such as toolmaking, medical technology, precision mechanics and the watchmaking industry,” says Rolf Hemmann, Manager of Hemmann Schleiftechnik GmbH in Bettlach (Switzerland). They machine hard and super-hard materials such as high-strength steels, tungsten carbides, ceramics and even polycrystalline diamond. Composite materials are also often involved, such as carbide bodies with a sintered layer of polycrystalline diamond (PCD). Most of these materials cannot be machined with conventional techniques such as turning, milling and drilling, so they resort to special processes such as grinding and spark erosion. The main focus here is on meeting the highest standards of precision, which often go down to the 1-µm range. Concentrating on one-off products and small series, the medium-sized company founded by Rolf Hemmann in 2002 has an outstanding reputation in this field and supplies customers throughout Europe, the USA and Asia. Two years ago, they took over Brotec AG, another company with a similar focus, but one that concentrates more on series production. 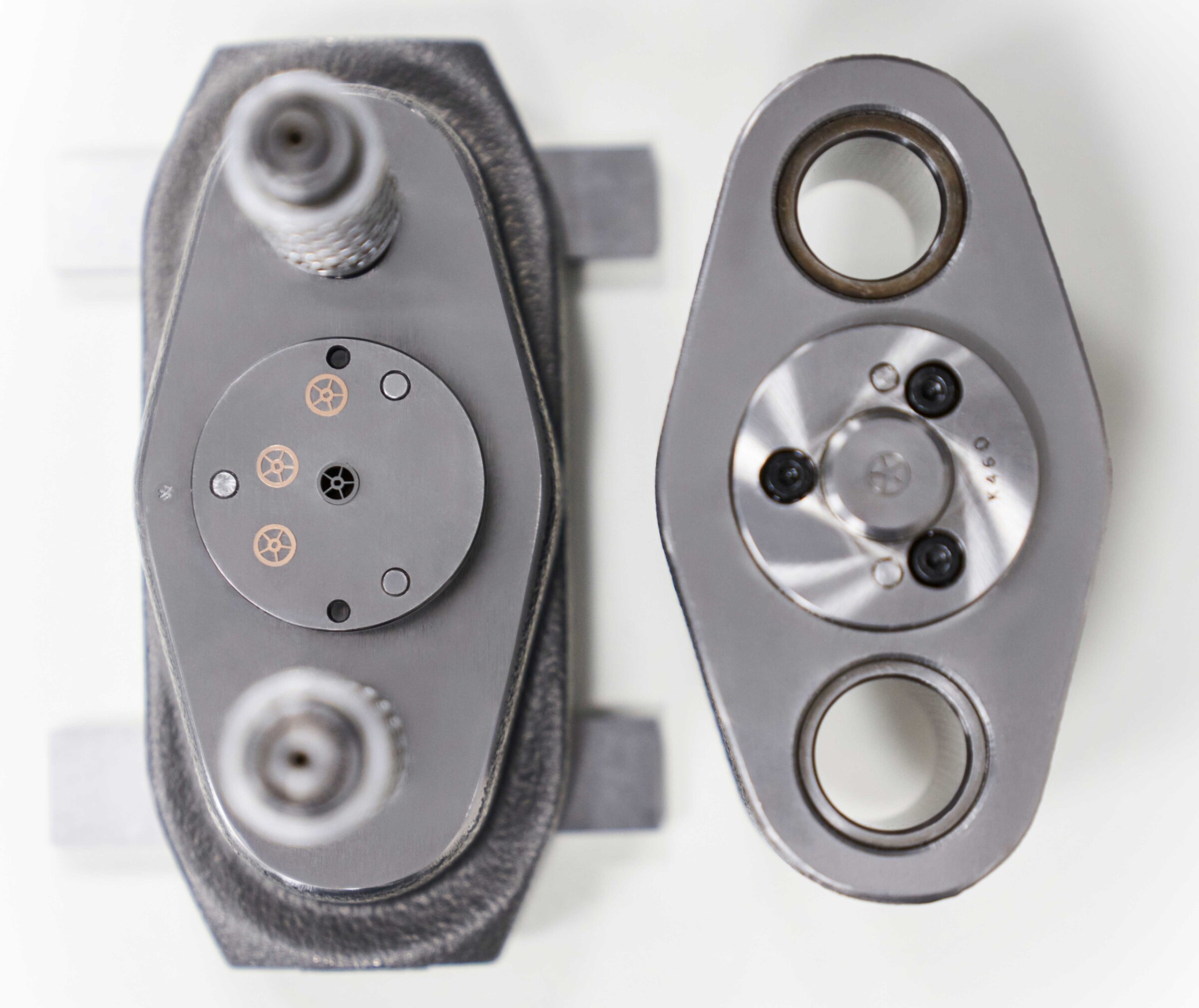 Development in partnership with the customer

”Since we’ve got a lot of experience of the processes we use, we can often give our customers tips on how best to produce the parts they need,” adds Michael Hemmann, who is the second-generation head of the company. Looking at the design drawings of customer parts, he sometimes realises they are difficult to machine the way they have been designed by the developer. When wire-cutting, for example, ”bridges” have to be left between the residual material and the machined component to prevent the component from slumping in an uncontrolled way after the last connection has been cut, thus causing damage to the component’s edges. The removal of these residual bridges after manual extraction can also necessitate additional machining effort. The dimensions and positioning of these residual bridges as well as – especially in series production – the best-possible arrangement of the parts on the blank can have a considerable impact on the efficiency of production. In unfavourable circumstances, unsuitable specifications with regard to tolerances or surface qualities, for example, can also have a negative effect on effort and costs. That is why the company is happy to provide customers with the necessary advice. In some cases, significant benefits can be achieved in terms of costs and quality – a service much appreciated by customers. 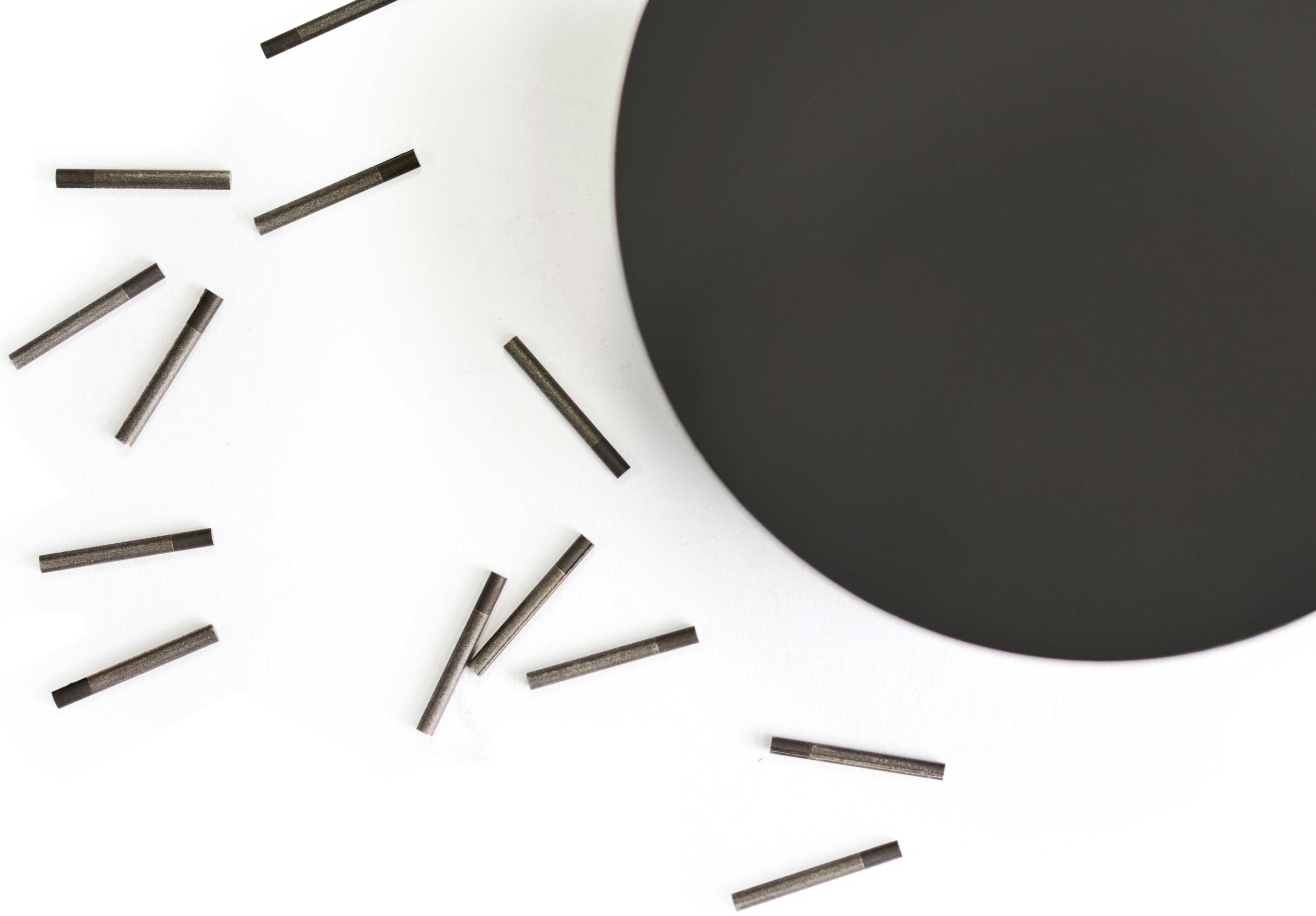 The disc is made of carbide with a thick layer of sintered-on diamond. Wire EDM is used for cutting the small high-precision blanks for PCD drills and milling cutters.

”Many of our jobs can be accomplished better by electric discharge machining than by grinding,” says Rolf Hemmann. That’s why he introduced wire EDM back 2003. He now has six EDM systems, four of which are wire EDM systems, one die-sinking EDM machine and one start hole drilling machine. Originally using equipment from a competitor, he gained his first experience of Mitsubishi Electric during the procurement of a die-sinking EDM system, culminating in the decision in favour of an EA12V in 2007. This is mostly used for tasks such as the countersinking of entry cones in nozzle tips. He was so impressed by it that he opted for Mitsubishi Electric systems for his wire EDM machines the following year and in 2020. The first of these, a Mitsubishi Electric MP1200 Connect, uses deionised water as the dielectric, while the MX600 uses oil. 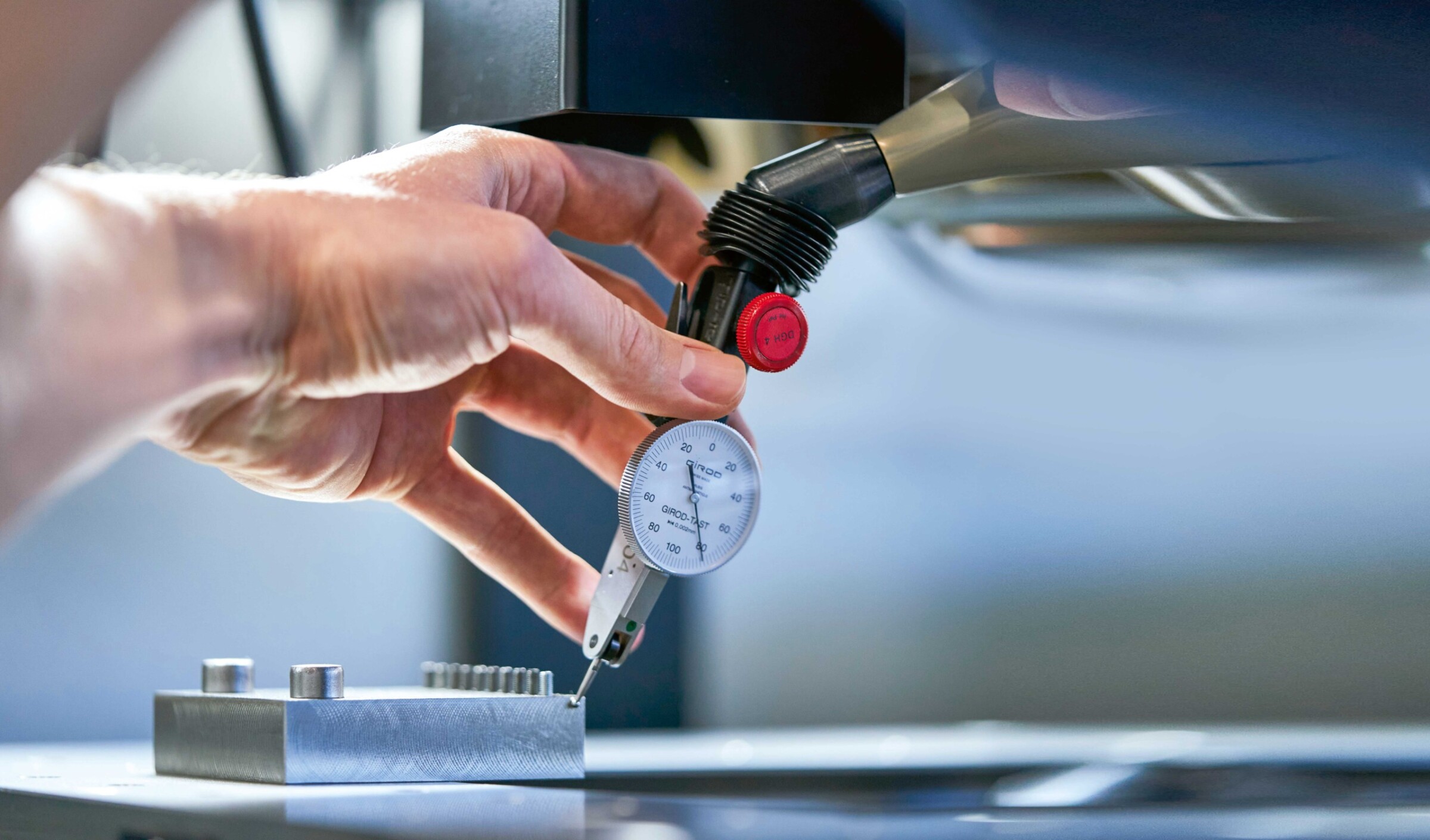 Benefits of the Mitsubishi Electric systems 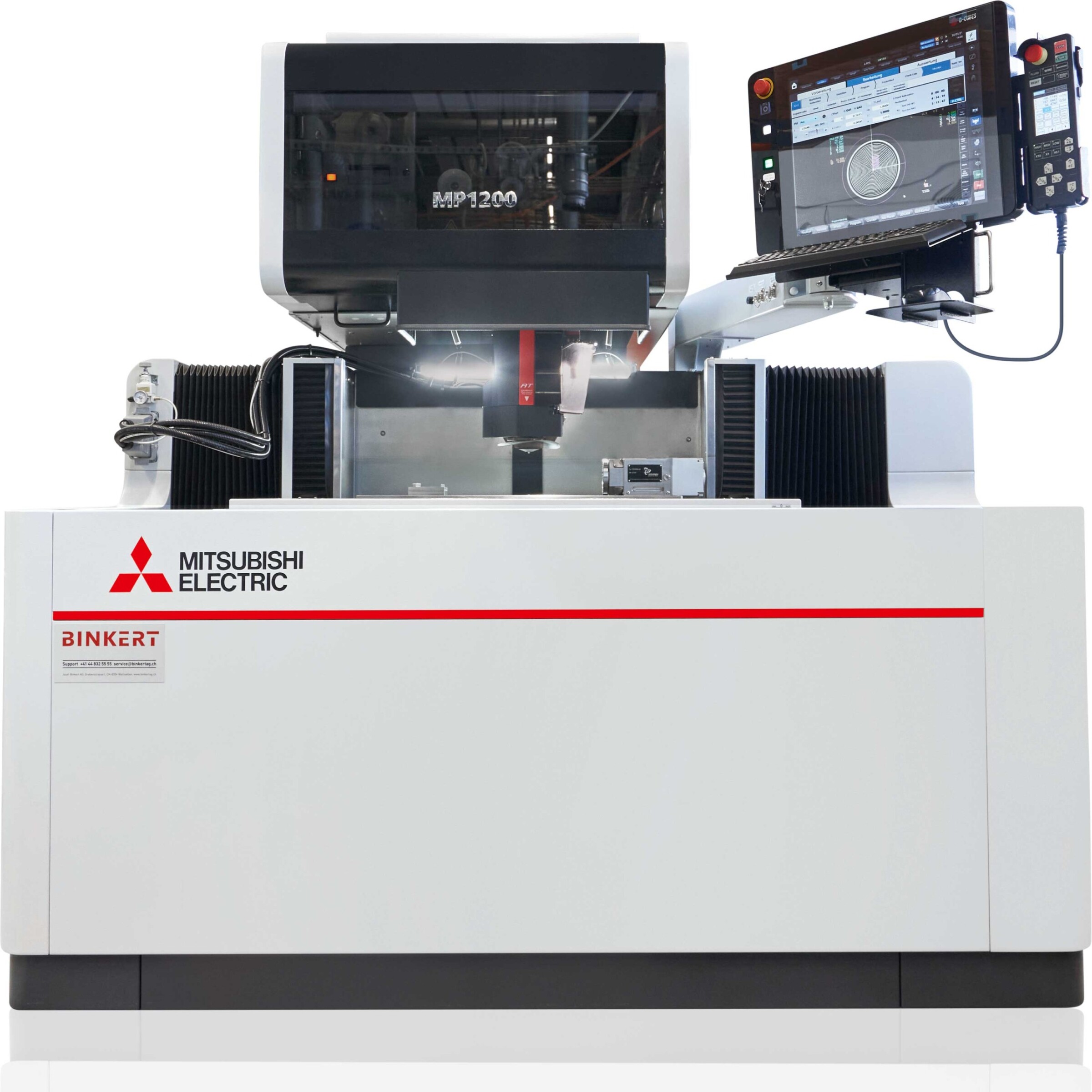 ”We’re also very happy with the support we’ve received from Mitsubishi,” says Rolf Hemmann. At the German branch, he says, there are highly skilled staff who not only know the machines well, but also the challenges that arise in practice, and who can help quickly and efficiently when problems arise. Should he encounter problems with specific applications, he can call them and obtain help quickly and efficiently. Of course, this is also very helpful during training courses. In the case of the only real problem so far, which occurred on the die-sinking EDM machine, the matter was resolved over the phone without the need to have a technician sent out. 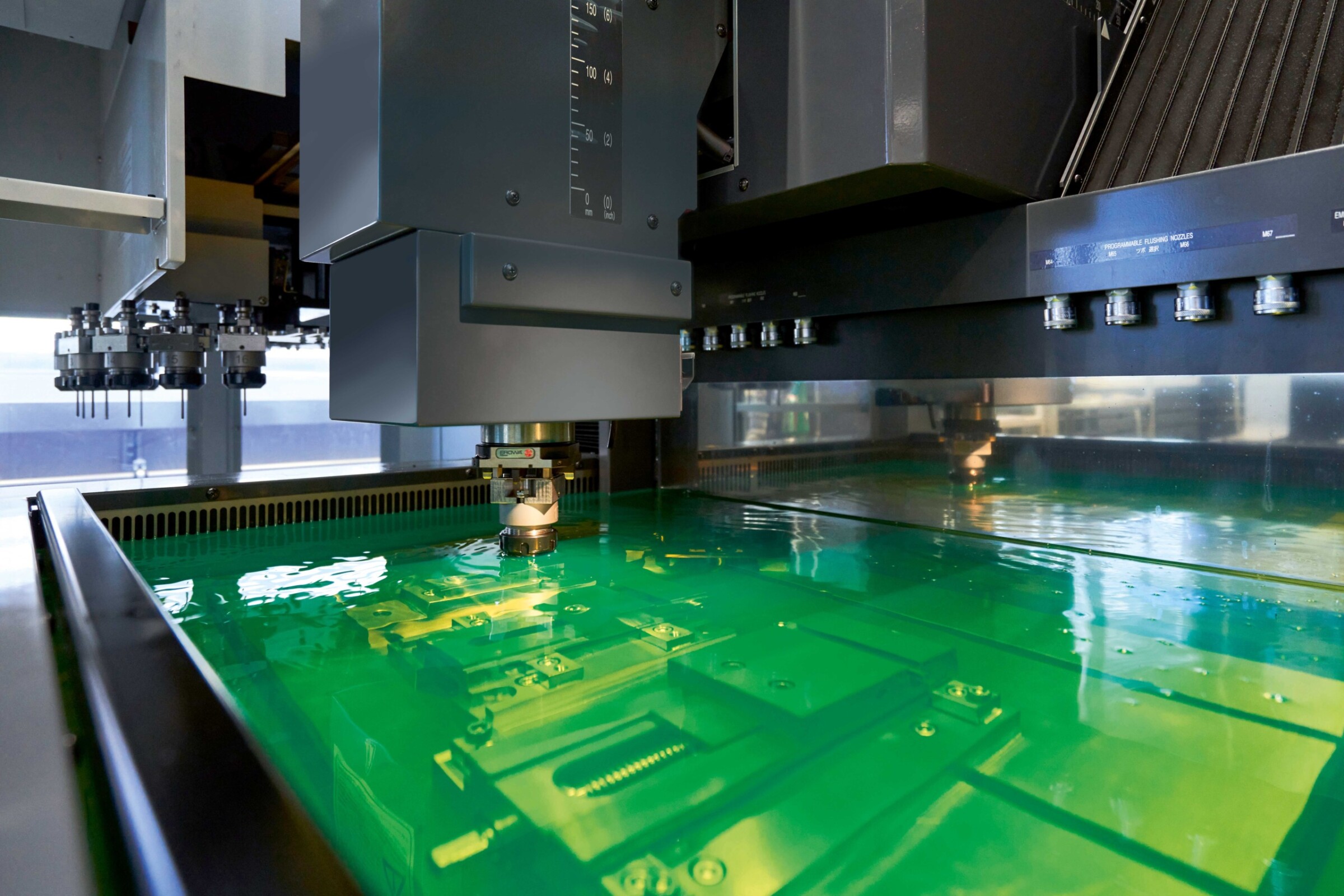 The Mitsubishi Electric EA12V Advance die-sinking system is used for jobs such as the countersinking of entry cones in nozzle tips.

Plenty of experience for efficient production. 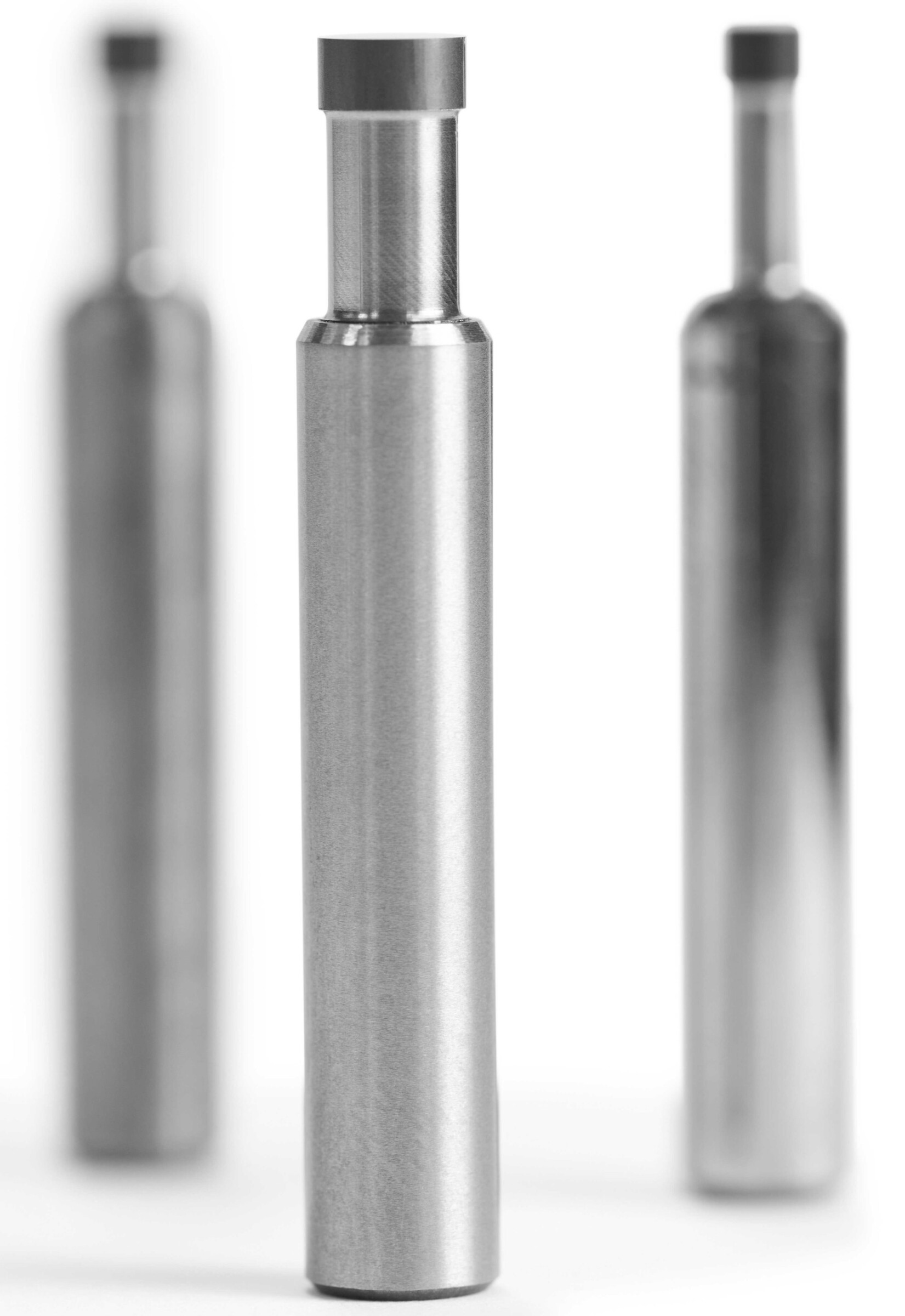 Round-ground carbide tool blanks with a sintered PCD diamond layer after being cut out of a round blank by wire erosin. 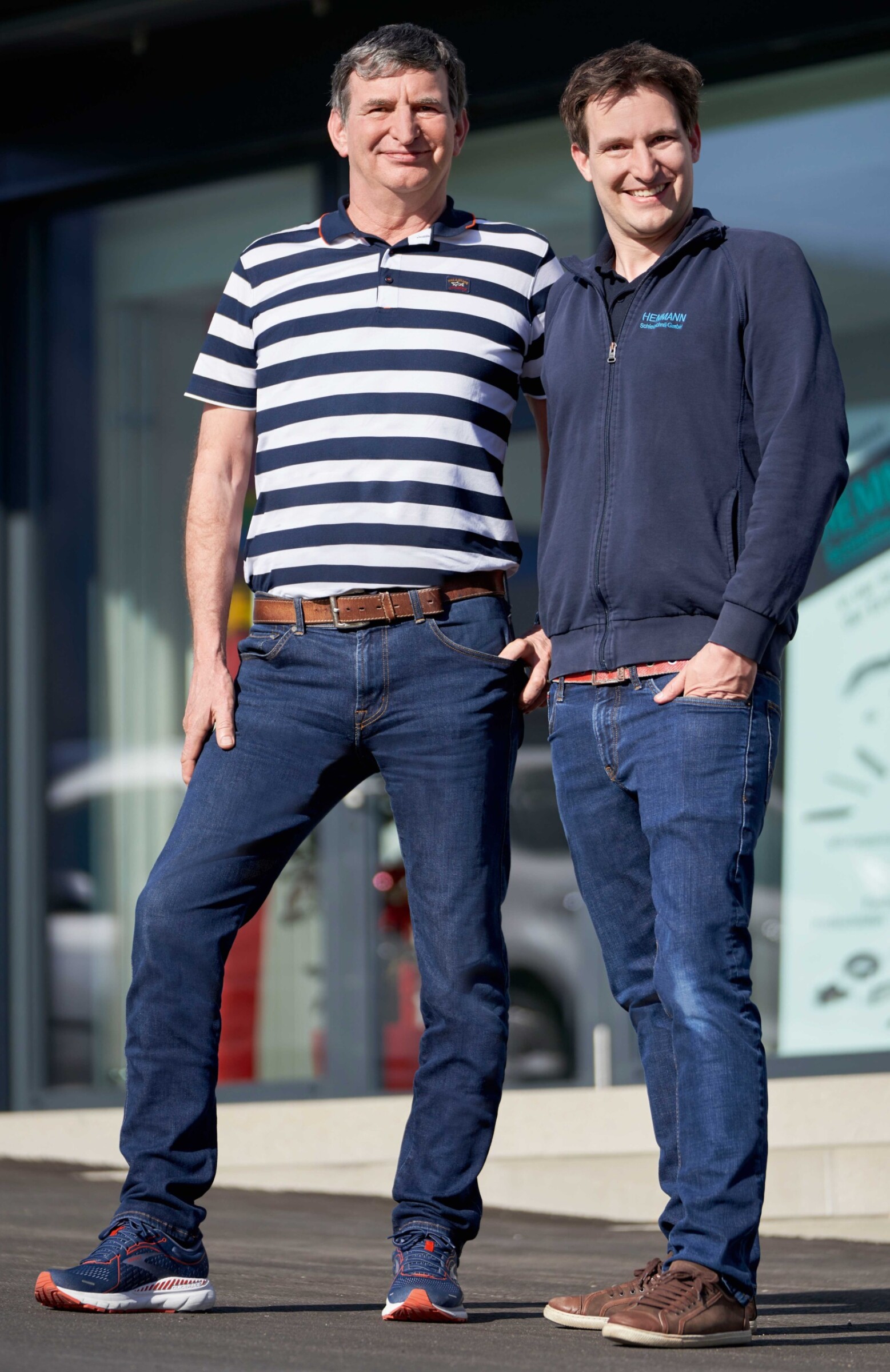 Founded in 2002, the family business ­Hemmann Schleiftechnik GmbH is run jointly by father Rolf Hemmann (left) and his son Michael.