When it comes to machining hardened steel and hard alloys, specialists today mainly think in terms of hard milling and hard turning. But to machine mould inserts, prototypes and replacement parts for special machines, EDM proves to be competitive in every respect because of its higher process security. This, at any rate, is the experience of contract manufacturer Lortz CNC Technik in Bamberg, Germany. 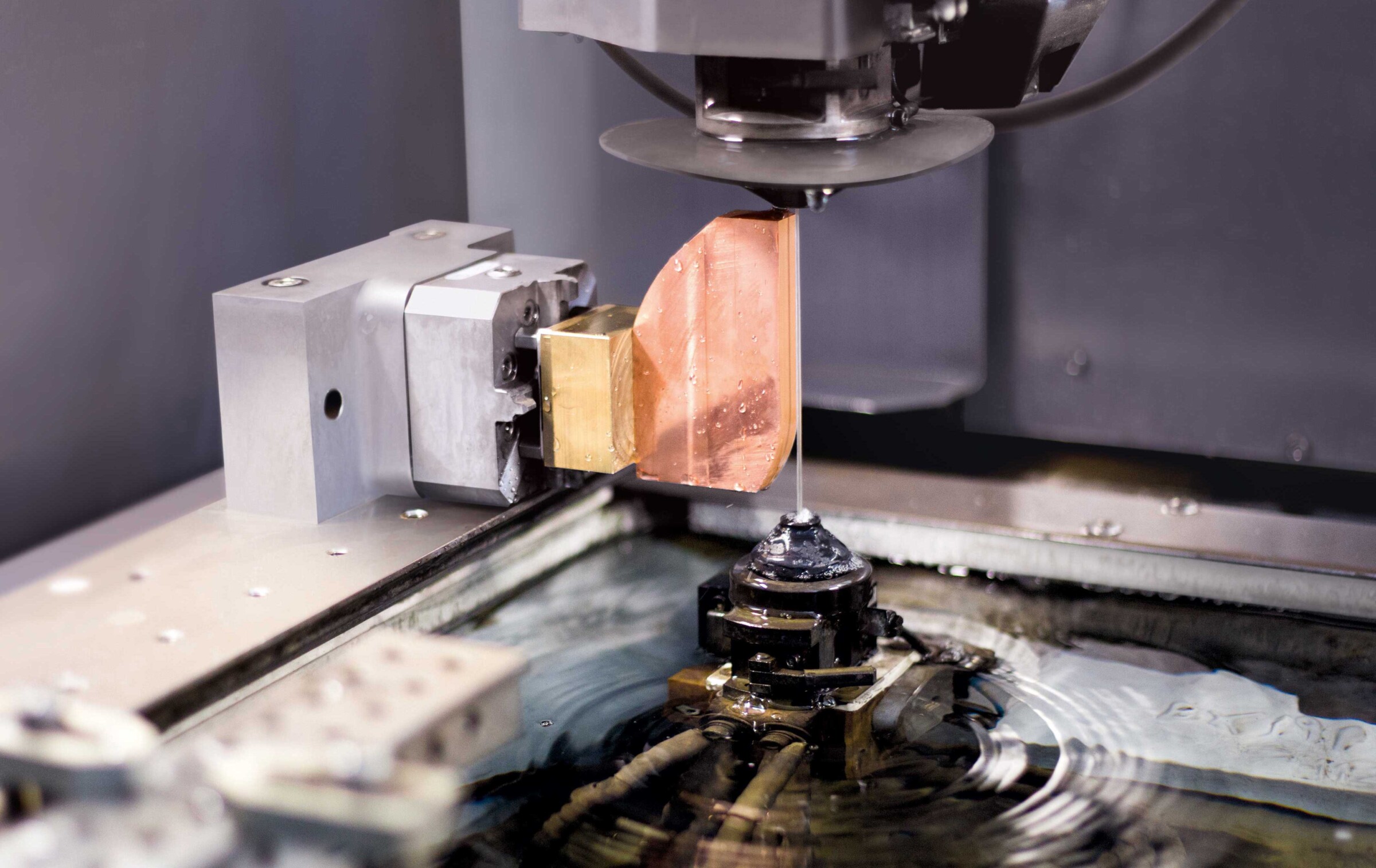 When it comes to machining hardened steel and hard alloys, specialists today mainly think in terms of hard milling and hard turning. But to machine mould inserts, prototypes and replacement parts for special machines, EDM proves to be competitive in every respect because of its higher process security. This, at any rate, is the experience of contract manufacturer Lortz CNC Technik in Bamberg, Germany.

With his team of currently 23 skilled machine operators, Rainer Lortz has specialised in cost-effectively producing single parts at short notice for the industry of the region around the town of Bamberg in Franconia. As he realised about 15 years ago, there is steady strong demand for prototypes and replacement parts for machines in the packaging, paper and printing industries. And makers of stamping tools regularly need prototypes and replacements for worn parts and particularly for mould inserts. In addition, manufacturers of plant for renewable energy have prototypes and components, often of exotic materials, produced in small series by jobshops. In the search for suitable suppliers, the focus is on quality, accuracy and above all speed of delivery. These requirements are met by Lortz with his workforce of skilled employees and a multitude of different technologies and machines. His full order books show that he has the edge over the competition. But until recently he was still short of an all-important technology that is particularly useful for the machining of hard and hardened alloys. Jobs that needed such treatment he therefore used to farm out to regional subcontractors. However, this often proved to be time-consuming and costly. What’s more, it also severely limited his scope for offering tight delivery deadlines. That’s why Lortz bought an MV2400S wire-cutting machine and an EA12-V Advance die-sinking machine from Mitsubishi Electric in the spring of 2013. 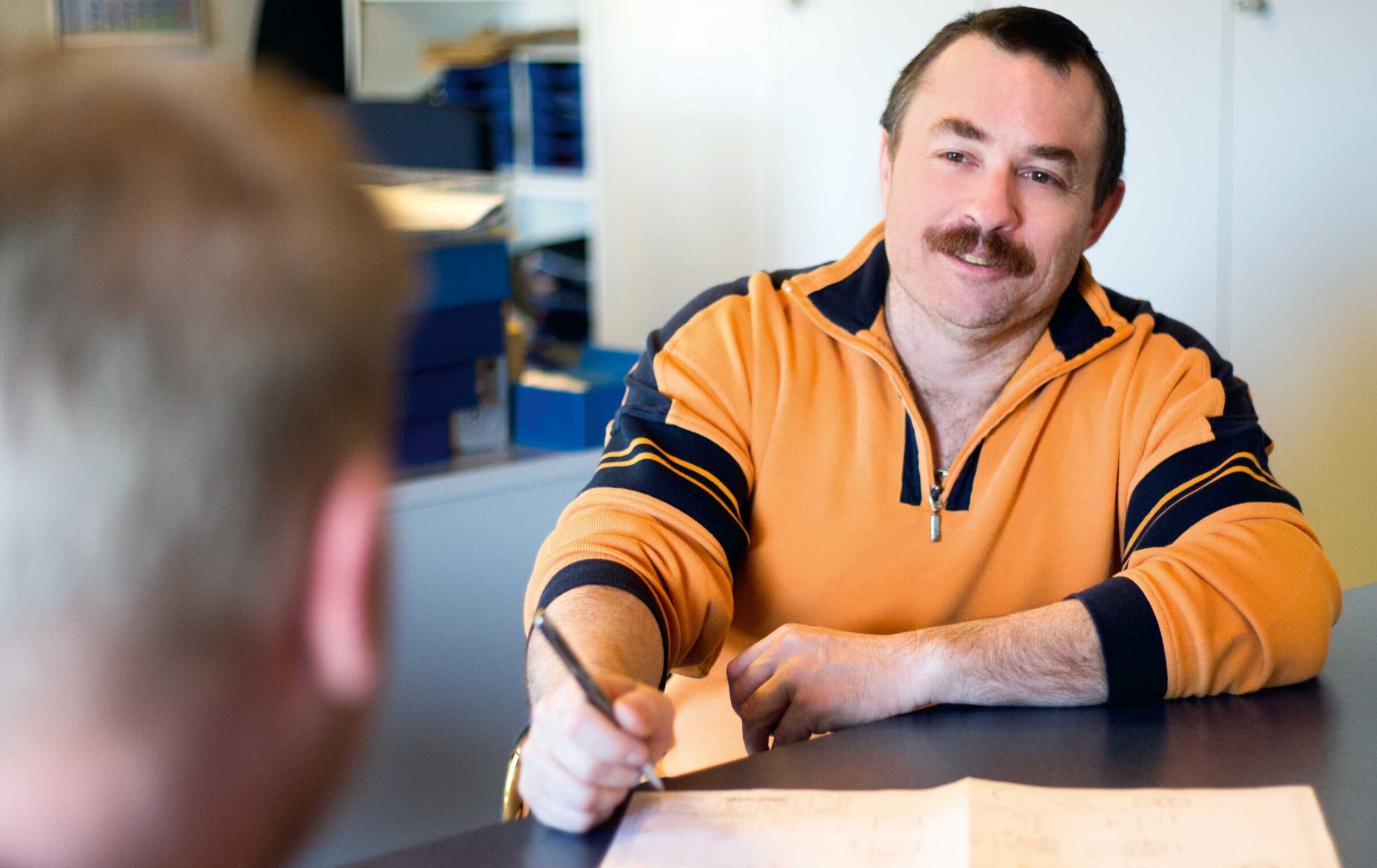 The MV2400S wire-cutting machine is very quick to program and set up. My specialists can start setting up another machining process while the MV2400S is working dependably and unsupervised.

Flexibility thanks to high process security

As Lortz reports from his own experience, hard milling and hard turning aren’t always as advantageous as they’re made out to be today. “The shorter machining time is offset by a more elaborate process. Hard milling as well as hard turning always have to be precisely attuned to the particular situation – workpiece geometry, clamping, machine and tool. In addition, a highly skilled machine operator has to monitor and control the process.” This isn’t really feasible when machining single items, particularly when tight delivery deadlines are involved. Each machining cycle then has to produce immaculate results at first go. “Electric discharge ­machining, on the other hand, is easier to program, straightforward to set up and, on state-of-the-art machines, yields an absolutely dependable process. This means that the otherwise unused but extremely inexpensive night hours and weekends can be put to productive use. The repeatedly cited drawback of longer machining times thus becomes irrelevant,” says Lortz outlining his strategy. What counts is that he can reliably produce a fully functional precision component in a short space of time. “The MV2400S wire-cutting machine is very quick to program and set up. My specialists can start setting up another machining process while the MV2400S is working dependably and unsupervised,” Lortz adds. It thus runs more cost-effectively and much more flexibly than highly sensitive machines that have to be constantly monitored. This applies, for example, to components in which narrow, deep and very thin-walled grooves have to be cut. Mould inserts hardened to over 60 HRC are also preferably wire-cut. 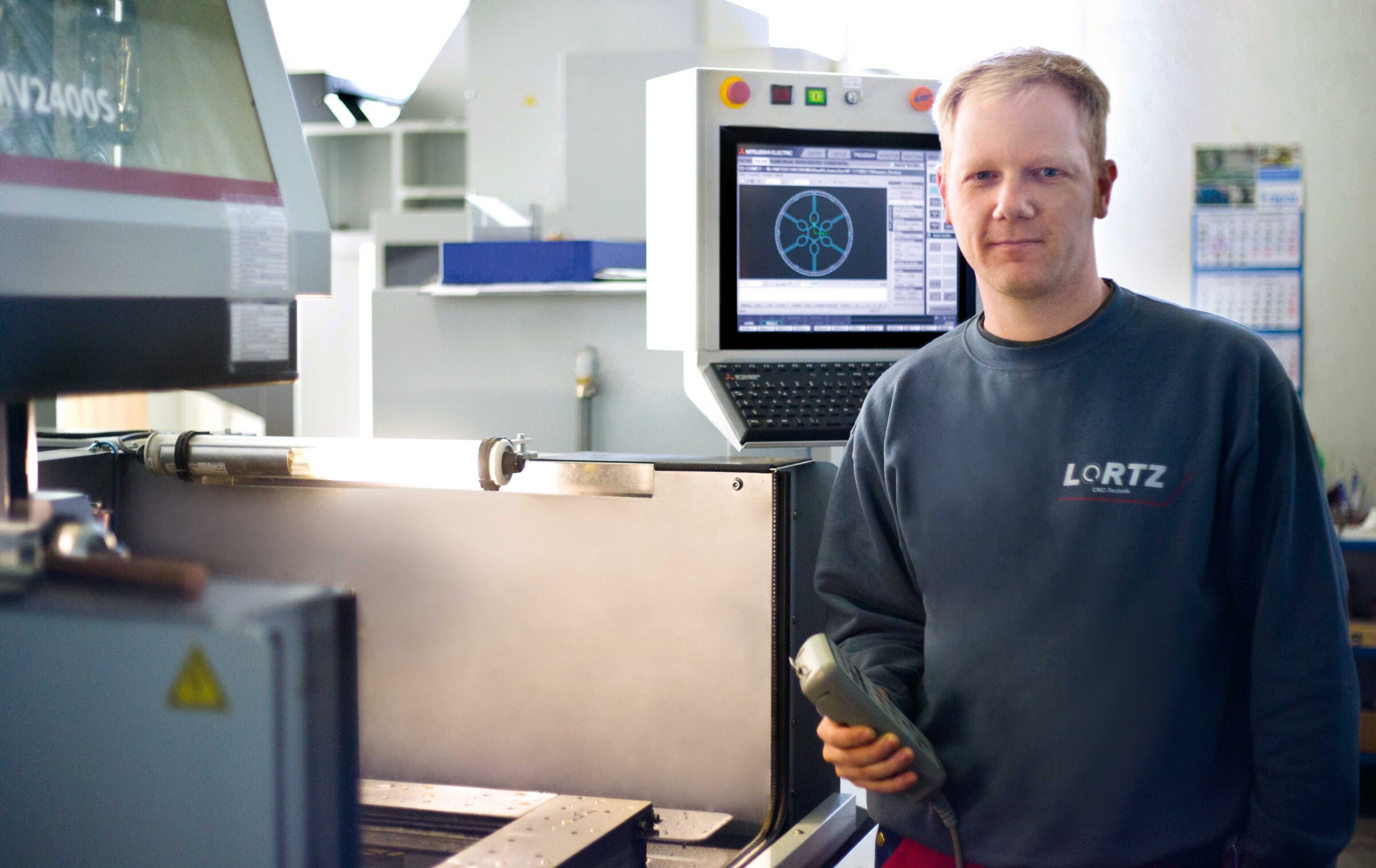 So that the new technology goes quickly into ­operation, the ADVANCE PLUS CNC control guides the programmer and operator with graphically supported dialogues and makes tried-and-tested process parameters available from a knowledge database.

On purchasing the EDMs, Lortz’s production team was initially confronted with an unfamiliar ­machining technology. But, as Lortz reports, two of his young employees quickly learned the ropes. “The ­intuitive operation and programming of the ADVANCE CNC control from Mitsubishi Electric was a big help in this. It was one of the main reasons why we finally chose Mitsubishi Electric after comparing it with several machines from different manufacturers. What really stands out with Mitsubishi Electric is that the operation and programming interfaces on the wire-cutting and die-sinking machines are virtually identical,” says Lortz in praise of the software ergonomics. The ADVANCE CNC control also has an integrated CAD system making it possible to enter 3D CAD data straight into the CNC control. At Lortz, the operators mainly do their programming at the machine in the workshop. The company also has a separate CAD system where workpiece data received from ­customers can be processed. As Lortz mentions, he is highly appreciative of the CAD system integrated in the ADVANCE CNC control which eliminates the need to buy a separate CAD/CAM system and the ­associated, annually recurring maintenance and servicing costs. 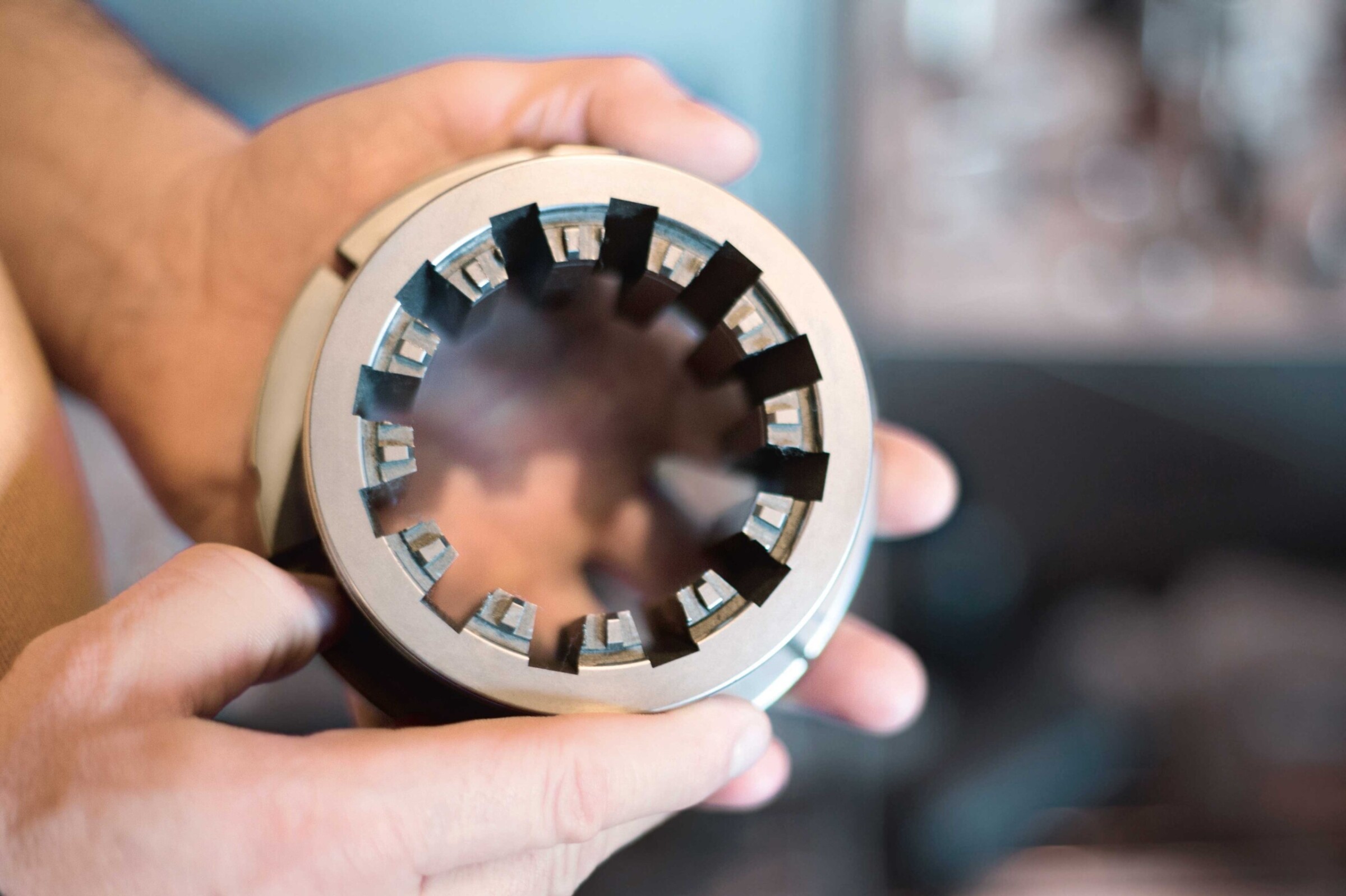 “By the time the competition has understood the drawing, our client has already received the fully machined part,” says Rainer Lortz commenting on the flexibility and speed of his jobshop.

Precision beyond the call of duty

For the machining of hardened workpieces such as grippers and track guides for special machines or inserts for paper and plastic stamping tools, precision to the nearest hundredth and occasionally within five micrometres is demanded. On his 3D coordinate measuring machine, Lortz has seen for himself that wire-cutting on the MV2400S effortlessly achieves and usually exceeds this ­precision. The drive technology with the Tubular Shaft Motors, high-grade measuring systems and the process parameters integrated in the CNC control are responsible for this high precision. “In a series of 200 parts, the MV2400S dependably machined internal gears, for instance, to within about 3 µm. This was better than demanded and, as revealed by a comparison with gears machined elsewhere, much better than that achieved by the competition,” says Lortz in commendation of the quality of his MV2400S from Mitsubishi Electric. A particularly helpful feature in his view is the process parameter database drawing on over 40 years of EDM experience. It accelerates familiarisation with erosion technology, while the integrated, tried-and-tested process parameters quickly yield excellent machining results. On the basis of his initial experience, suitable process parameters are available for over 95 per cent of all machining tasks. “However, once a programmer and operator has acquired his own wire-cutting experience, he can of course modify and optimise the parameters to suit his own needs. This is how we build up our own process expertise in EDM technology on the job,” Lortz adds. 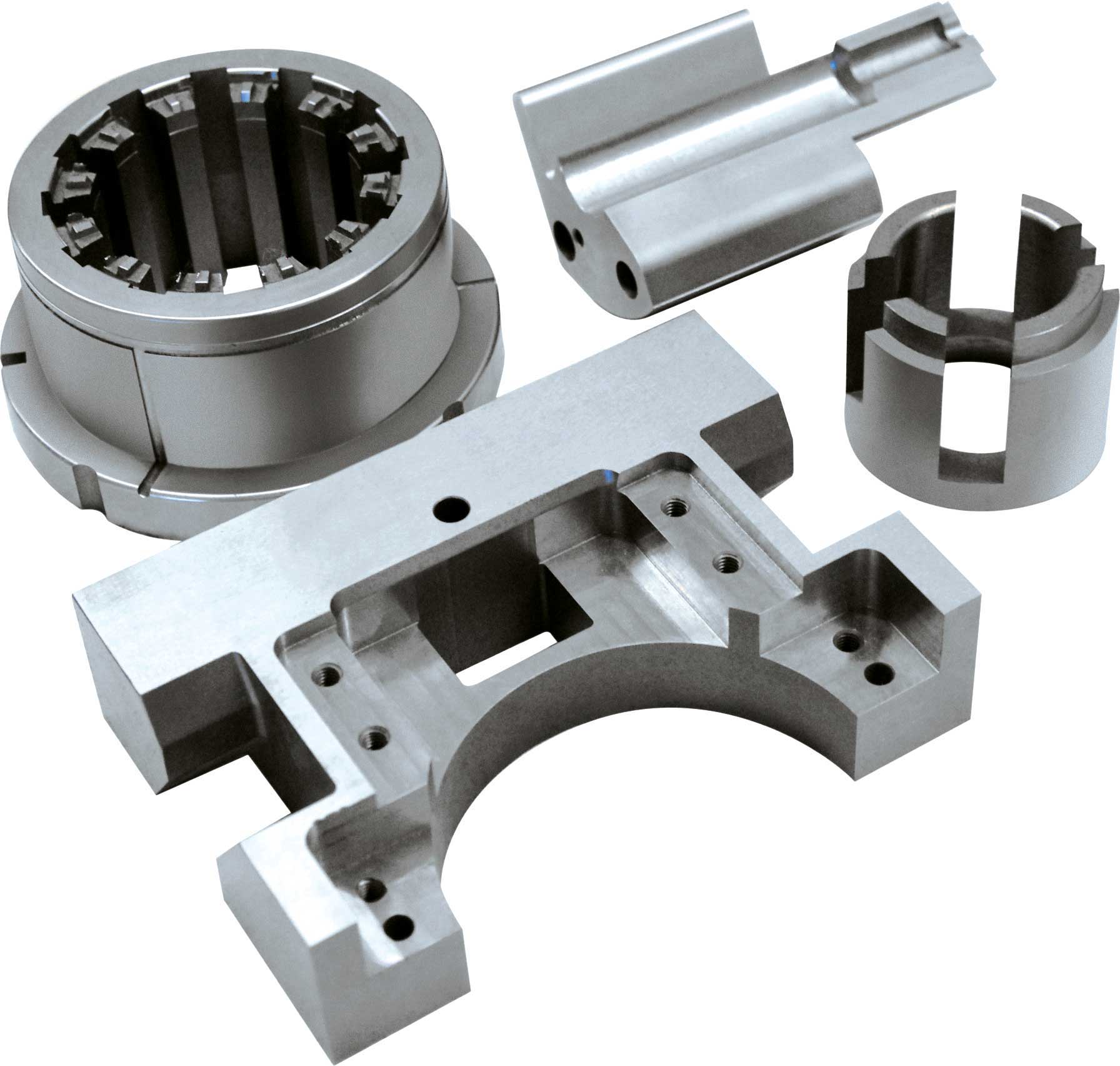 For single parts made of hardened steel containing penetrations with edges, deep grooves and internal gearing, wire-cutting proves to be dependable, precise and – as a result of machining during unsupervised night and weekend shifts – highly cost-effective.

Contract manufacturers are under increasing pressure to cut costs. Customers are demanding extremely competitive pricing against a background of rising raw material, tool and energy costs. Lortz can only confirm this trend. The constant rise in energy costs make a particularly big impression on his balance sheet, which is why energy efficiency is so important to him. This is where the quality features of the EDMs from Mitsubishi Electric are really welcome. The generator technology keeps power consumption within bounds and the filter cartridges are only replaced after long intervals. “Although we don’t have a direct comparison with other machines, the MV2400S has demonstrated after only a few months that wire-cutting technology is very inexpensive in operation. What’s more, it’s possible to boost efficiency by suitably optimising the process ­parameters. This means, for instance, that we tend to process ­single parts at low cutting speeds. In doing so, we achieve the demanded precision and surface finish at first attempt and thus save a second cut. Expenditure on power and wire is reduced at the same time. The process takes a bit longer, but during unmanned operation overnight or at weekends this doesn’t make any difference,” says Lortz explaining his machining strategy. Summing up, he concludes that the EDMs from Mitsubishi Electric offer him every chance of staying competitive even when the going gets tough for businesses.

How would you describe in a sentence what your company does?
We solve problems quickly.
How did you earn your first money?
As an apprentice at a lathe.
What’s your source of motivation?
Our motto: “Where there’s a will, there’s a way.”
What do you do now differently from five years ago?
I analyse the market and the business environment, compare outlay, costs and earnings, and precisely estimate the cost of each job.
Where do you see your company in five years’ time?
We will be better prepared for fluctuations in the economic climate by serving a greater diversity of customer sectors and by integrating new technol­ogies in our production activities.
What was your biggest business success?
I’ve managed to build up a successful team of skilled employees who accept a large degree of responsibility for delivery deadlines and quality.
What’s your favourite way to relax?
I like going out on leisurely tours on my classic motorbike and I also enjoy Alpine skiing.
What attributes to you value most in others?
Honesty and dependability.
What faults in others do you find easiest to forgive?
Minor errors of oversight.
If you were asked what your company does by a friend with no technical knowledge, how would you explain it in a sentence?
We produce components that are urgently needed in industry at short notice.
How do you practise energy efficiency on a daily basis?
We’re constantly coming up with ideas for in some cases unusual machining solutions in order to min­imise costs. 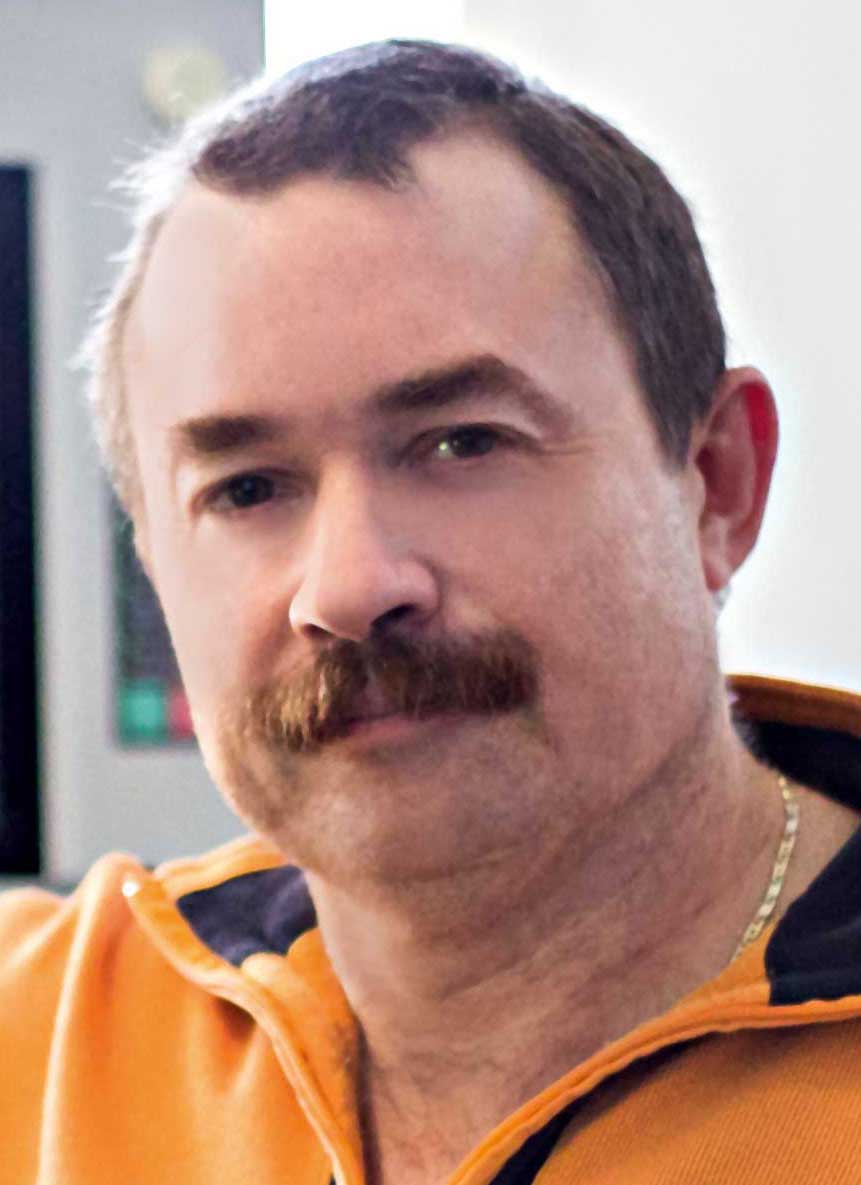