Your car runs with Wiesauplast …

... or at least your neighbour’s does. Worldwide, one car in three is equipped with PET safety components from the world market leader... 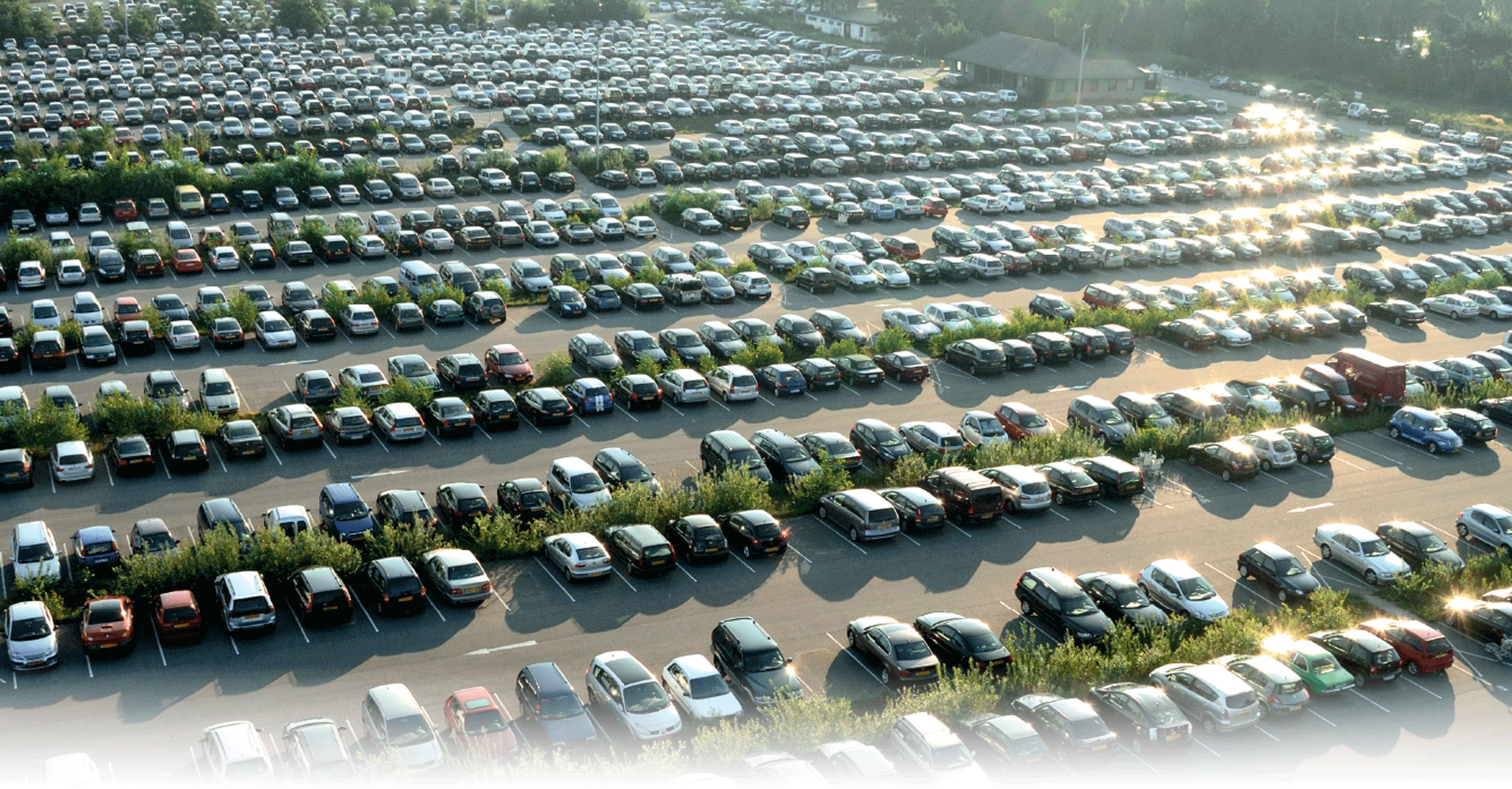 Your car runs with Wiesauplast …

… or at least your neighbour’s does. Worldwide, one car in three is equipped with PET safety components from the world market leader. Wiesauplast attaches special importance to accuracy. For only a flawless injection mould can produce flawless plastic components that satisfy the highest standards and the needs of function and component safety. The company’s own mouldmaking activities therefore play a crucial role. For production of the moulds, high-precision and dependable machines are required. 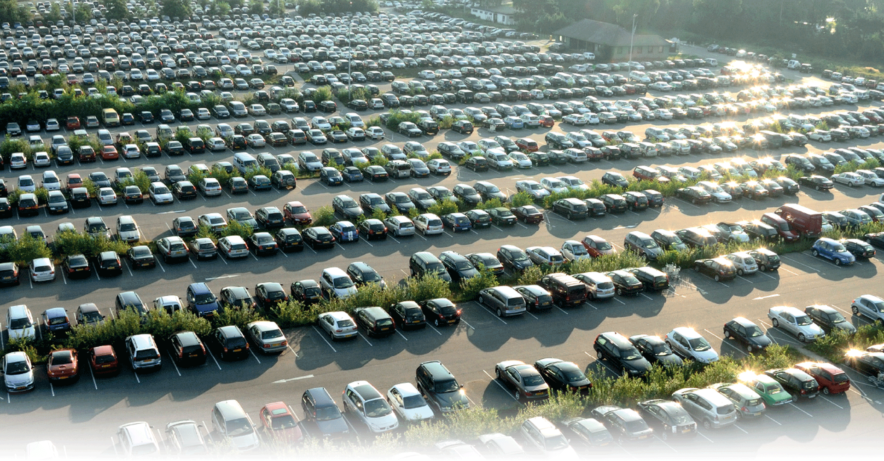 The architecture is in itself striking. The company Wiesauplast is located in a modern, light-flooded building surrounded by meadows and forests. “People simply enjoy working here,” says Albert S. Zitzmann, Toolshop Manager and in charge of mouldmaking at Wiesauplast. But of course the work itself is also exciting. “The products that we make for our customers have to be highly precise and for this we need immaculate moulds produced with extreme accuracy.” Wiesauplast is the world market leader with sensitive PET safety components for brake systems and equips more than one car in three worldwide with high-precision plastic parts. For a mould for one of the roughly 60 injection moulding machines to be fabricated and complete all the rounds of approval, it takes all of 32 weeks. “Urgent inquiries are sometimes pro­cessed faster,” says Zitzmann smiling. 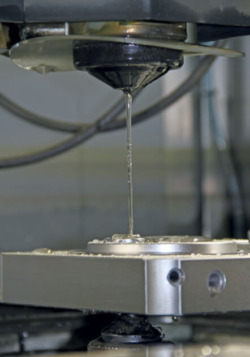 Such a mould consists of up to 150 individual parts that have to fit together perfectly. So that the customers’ high quality standards are complied with, absolute precision is demanded. “We have to get everything right, down to the tiniest detail,” Zitzmann explains. “Many components and systems that we make later perform safety-relevant functions in the car.”

The company manufactures among other things control housings for brake boosters, high-precision plastic parts for ABS and EPS systems as well as functional assemblies for air conditioning systems, clutch actuator housings and hybrid systems of metal and plastics. Another source of business is solutions for the automation industry and medical technology. Its functional parts and housing components can be found, for example, in subassemblies for outpatient medical treatment, such as syringe pumps for paediatric and neonatal applications. Another focus is on the development of solutions for the substitution of metal with plastics.

Precision from the outset

The preconditions for the economic success, functional safety and series quality of a component are established right at its inception. Wiesauplast therefore works closely with the customer so that an optimally designed plastic part is the outcome. One of the most important activities in this context is in-house mouldmaking which not only makes use of hypermodern moulding machines, but also ensures the necessary exactitude. A fundamental prerequisite for this is the high level of automation in production, further processing and assembly. “This also applies to mouldmaking of course and hence also to the wire cutting machines,” Zitzmann explains. Standardised interface modules, for example, are a sine qua non for Zitzmann. Most recently, the CAD/CAM systems in the company have therefore been harmonised to facilitate rapid and secure data interchange. Finally, the experience of the employees who have been working for the company for many years forms a further cornerstone of success.

The company has been making use of the wire ­cutting process for over 30 years, and an FA30 from Mitsubishi Electric has been in action at the plant since 2004. “Obviously, it doesn’t display the accuracy and speed of the new machine, but it is still running dependably and smoothly,” confirms Harald König, who services this machine and the most recent addition. New to the machine park from summer 2013 is an MV2400R. The R variant comes with many exciting features. The hardened four-sided frame table ensures that large mould plates can be accurately clamped.

Asked about why this machine was chosen, König’s reply is concise and to the point: “The price/performance ratio is unbeatable,” adding: “What counts most for me is process security. It’s no use to me if the machine runs perhaps a little faster, but the wire breaks every ten minutes.” The high machining quality also speaks for Mitsubishi Electric. “The machine’s accuracy and high erosion rate are equally important. This is where the Mitsubishi Electric really scores. Far fewer post-cuts are necessary and the surface quality of the workpieces has risen considerably.” Compared to the old machine, one cut less is necessary to achieve the same surface finish, König reckons. There are also savings in wire and power consumption. This where optimised wire running speeds for different machining conditions on the new MV2400R reduce wire consumption by as much as 45 per cent. A wide range of materials are pro­cessed on the machine, ranging from hardened steel and aluminium to copper and graphite. In addition to slides and guides, copper and graphite electrodes are produced on the MV2400R. 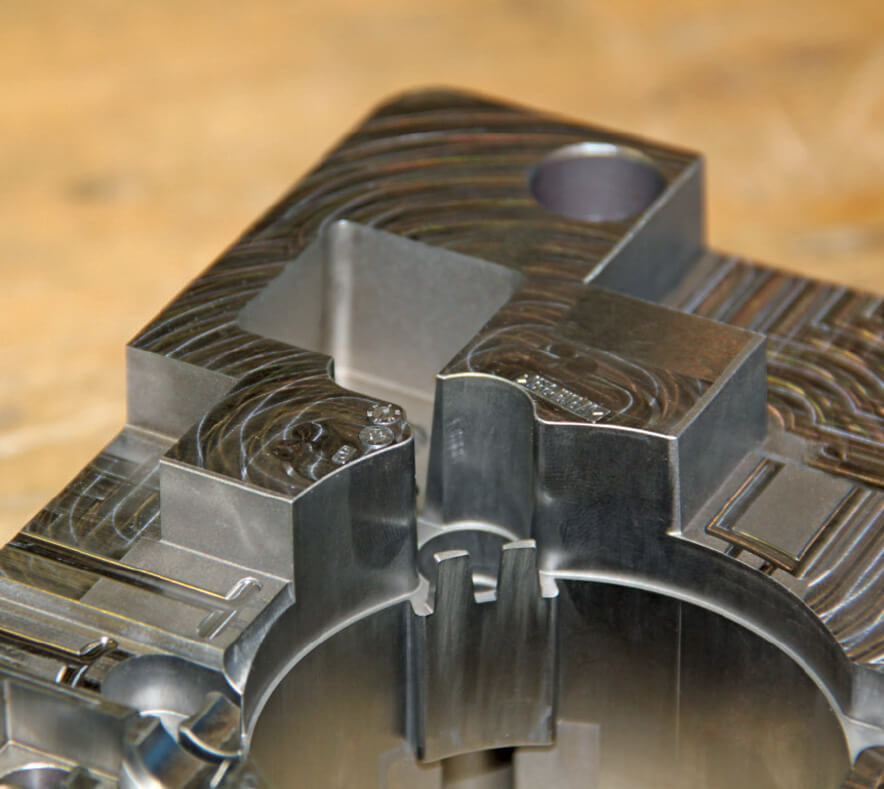 Just one of the workpieces machined on the MV2400R

The drive system is also impressive: “It was important for me not to have any rotating spindles.” The Tubular Direct Drives are positioned in the centre of the moving weight for smooth axis movement. The ideal positioning of the glass scales in the immediate vicinity of the working area ensures high precision. Thanks to the virtually loss-free annular magnetic field as the effective driving force, power consumption is reduced. The design permits high-precision axial movements without backlash.

Wiesauplast is very taken by the automatic threading of the cutting wire. Whatever the requirement – submerged break point insertion, threading in the kerf or threading after interruptions in start-hole drilling – the further refinement of the Intelligent AG threading system has surprised even seasoned users, as König admits: “Brochures can promise a lot, but this is truly brilliant. I’m particularly impressed by submerged break point insertion. We used to lose a lot of time draining the water. But even threading in the kerf is quick. This is where we really save time.”

“It was important for me not to have any rotating ­spindles.” 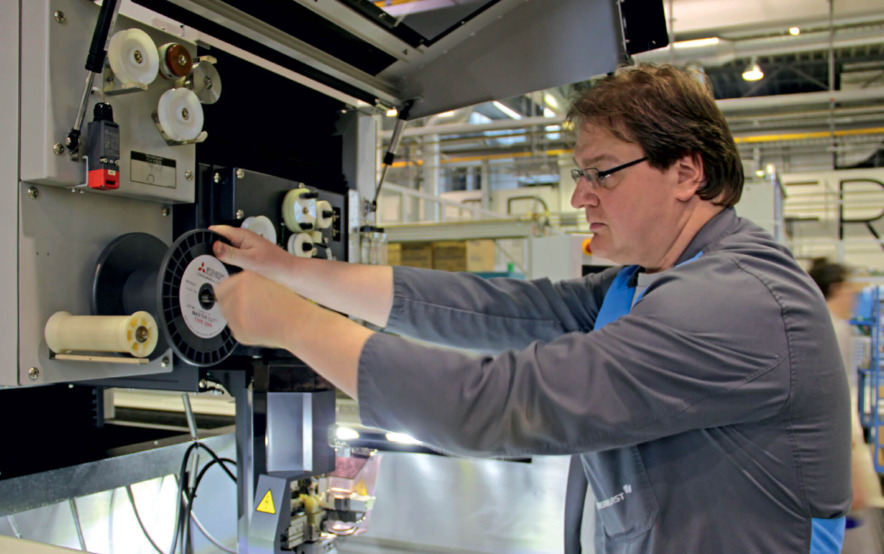 Harald König ­threading the new wire – no problem thanks to automatic wire threading.

Acclimatising to the new machine took just a few days, as the operators were used to the old control system. “The control is easy to handle and we had a grasp of the process after two, maybe three days.” They were helped in this by the quick and direct assistance from service in Ratingen. Mitsubishi Electric has once again improved the user-friendliness of the already exemplary Advance control. Direct programming and the choice of technology parameters have been simplified so that the user reaches his goal in fewer steps. But Wiesauplast also did its homework. As a result of the standardisation measures, data compatibility had already been achieved on the old FA30 – and this now proved useful when transferring the CAD/CAM data to the new wire-cut EDM machine. 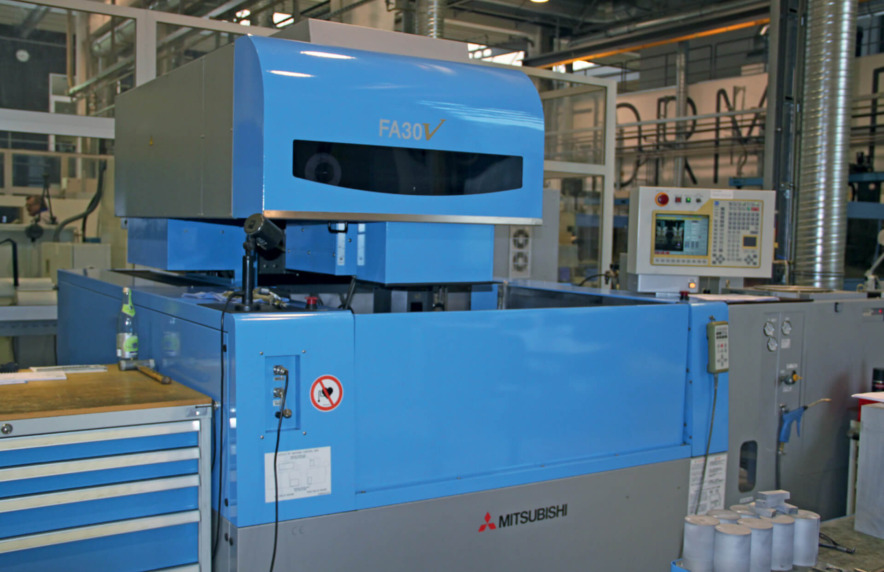 Looks like new, but has been in operation since 2004: the FA30 is still highly treasured for its accuracy and reliability.

Wiesauplast is thoroughly happy with its new investment – the only point of criticism being the suboptimal lighting, in the mouldmakers’ view. But that problem was quickly solved, with additional LED lighting being fitted during installation. The verdict of these precision lovers is unequivocal: “If the machine continues to perform so well, then there are good chances of our turning again to Mitsubishi Electric next time around,” says Zitzmann.

Core business:
Production of injection mouldings made of engineering plastics and mouldmaking

How did you earn your first money?
As an apprentice to become a plant fitter with a monthly wage of 108 German Marks.
What is your source of motivation?
Having fun with my staff and the pleasure of dealing with people. I also ­enjoy jointly identifying challenges and working out solutions.
What’s different about how you do things now, compared to five years ago?
I try to take a more holistic approach so that I can then work out the best solution.
Where do you see your department in five years’ time?
I hope that the course that I’ve plotted will be successfully continued. The goal is to achieve even higher efficiency in the development of moulds.
What’s your favourite way to relax?
Getting together with friends and during competitive shooting.
What attributes do you value most in other people?
A positive attitude and being able to think for oneself – coupled with cheerful composure.
If you were asked what you do by a friend with no technical knowledge, how would you explain your work in a single sentence?
I create the conditions in which my staff can produce better moulds. 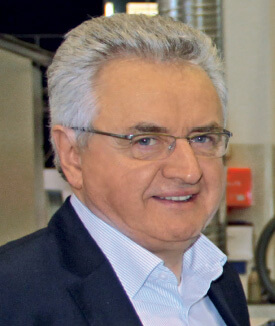